After almost a month exploring the north eastern corner of Spain it was time for us to get the map out and figure out where to go next. Our goal was to make our way to the south but we could either go via Portugal’s west coast or Spain’s interior. Both had pros and cons; Portugal would be warm with plenty of beaches but it also looked busy on our map with towns blending into one another and roads tangled together, whereas Spain looked desolate and calm which is what we love. The downfall however was the temperature, a couple of weeks ago when we were in the mountains of Spain it dropped to -13° overnight which caused a pipe to freeze and burst in our campervan, so we were concerned about that happening again.

In the end we decided to go with our gut which was through inland Spain. We’d have to rush it a little so as not to spend too many nights on the high plateau with an almost constant elevation of 1000m. On the plus side this area is considered to be one of the best places in Europe to see wolves in the wild so that was a huge draw card for us.

Our first stop was Ourense which is known as the thermal capital of Spain. The Rio Miño river cuts through the city and along the banks are man-made pools filled with mineral rich thermal water. A few of these pools are actually free to visit which is what tempted us in, however due to covid they’ve closed down so instead we went to a paid one. To be fair it was only €5.70 per person for a two hour visit which we thought was very reasonable. There’s no parking along the river so we had a kilometre walk to reach the pools, passing the free ones on the way. They had a fence at the entrance and a bit of muddy, leaf ridden water in each pool but they were most certainly hot. Steam was billowing out the pools like they were boiling cauldrons.

The thermal complex we were visiting was called Termas de Outariz and it’s designed to look like a Japanese onsen with bamboo features and rock lined pools. The jolly receptionist spoke English which was a relief and he explained a few things to us, scanned our vaccine passports and checked we’d brought along a towel and flip flops. I gave Craig the side-eye at this point as our ‘towels’ were tiny flannels and I didn’t dare tell the receptionist. We’ve always travelled with quick-dry towels but since living in Helga we started just using a flannel as it’s easy to dry, we can just hang it over our stove.

Anyway, we got changed into our swimmers and headed down to the pools. Apparently today is the first day that it’s not a requirement to wear our face masks in the outside pools, we didn’t even think about that so that was lucky as it would be horrible wearing masks in a hot spring. We had allocated numbers to hang our towels and face-masks and it must’ve looked like a comedy sketch seeing our little flannels beside everyone’s normal sized towels. The other visitors probably thought we put them on a hot wash and they shrunk!

This place accommodates 180 people in it’s 14 pools which was hard to imagine when we visited with about 20 other people. I love hot springs but I also get quite flustered and uncomfortable in them so in my opinion it needs to be done in cold weather and with a cold pool to cool off in. Craig however can spend hours melting in a hot spring until he looks like a raisin. The pools were built high above the river so we could lay in the infinity pool with a view of the fast flowing river.

Craig also loves jacuzzis and we saw one large pool had waterfalls and jets that turned on sporadically. I swam across to Craig and moments after a metal pipe blasted water into the pool right where I’d just swam. We were in hysterics imagining me trying to act all graceful while breaststroking and the jet smashing into me. Craig headed over to let it hit his back for an intense massage and said it was so strong he could barely stand in one place. The cold pool was unbearable to get into but within seconds it became delightful and I ended up spending quite a long time just sitting still in it while the odd person came in and out, leaving me bobbing in the water like an ice cube. I guess the water wasn’t actually too cold but it felt a lot worse after coming from a 40° pool. We had a really lovely time and the two hours flew by. Needless to say I was regretting just having my tiny flannel when I realised the changing room was communal and I had no privacy from the other ladies.

In the afternoon we continued our drive east and ended up staying near a clear river with long strands of fluorescent green algae swaying in the current. It was supposed to be home to otters but we didn’t spot any, nor any evidence. The following day we finally arrived in the Sierra de Culebra region – aka wolf country. As we arrived in the area we stopped at the village of Puebla de Sanabria which was described in our guide book as one of the loveliest villages in Spain. We felt that statement was a little far fetched. There were lots of old stone houses with crooked balconies but it wasn’t brimming with character in our eyes. We much preferred the stone villages around Picos de Europa national park in the north. There was a large castle at the top of the village and a strange cat who followed us but didn’t want to be stroked. Eventually she succumbed and began rolling over for belly rubs while swiping her claws in the air – in typical psycho cat fashion. 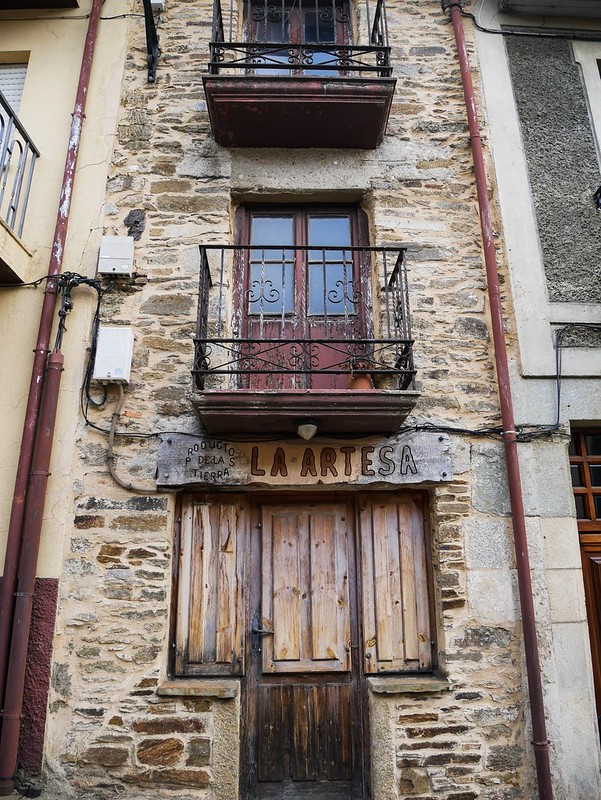 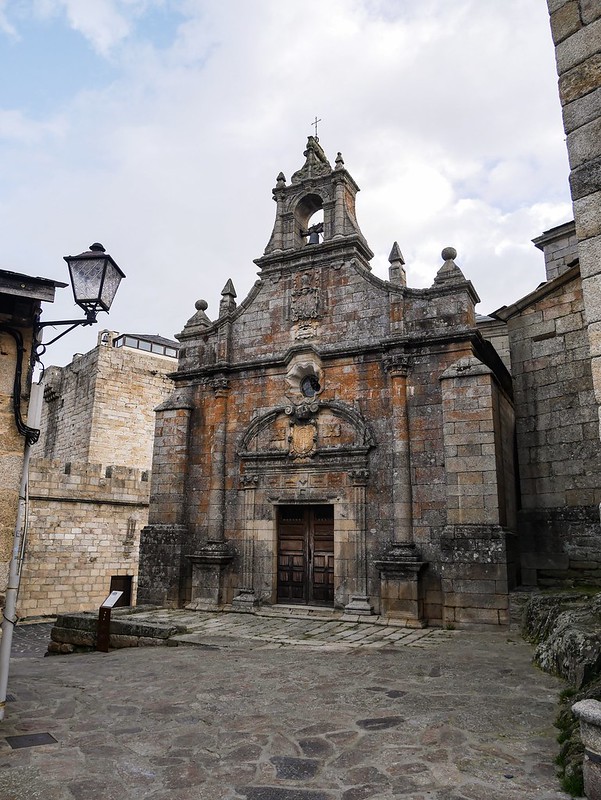 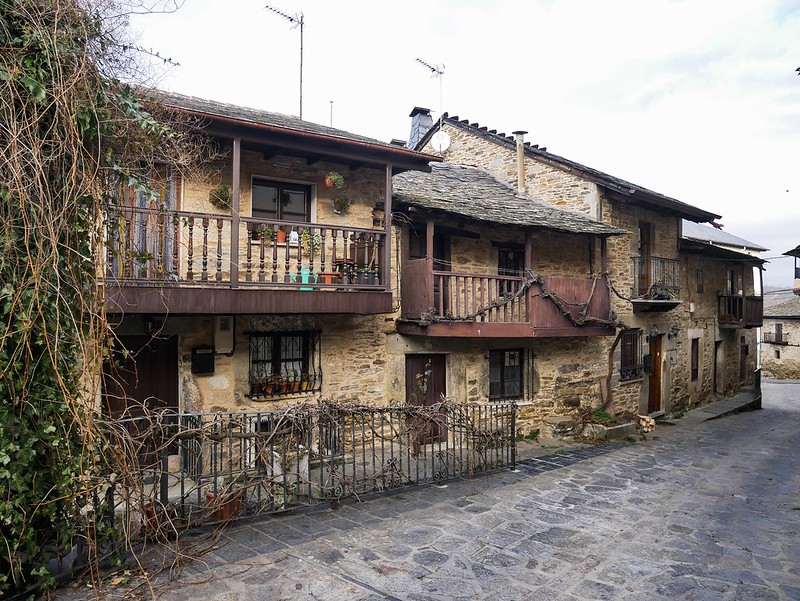 About 15km up the road was Lago de Sanabria, said to be the largest glacial lake in the Iberian peninsular. When we arrived it was so calm that the water reflected the surrounding hills. Our plan was to do a walk up Cañon del Rio Tera, known to be a bit of a challenging route. I don’t know if it’s because we haven’t hiked in awhile but we were lacking energy and not enjoying the walk much, maybe because of the cloudy weather, or because the trail was a shitty pile of loose rocks. Things improved once we got past the rocky part as we arrived at a really idyllic swimming hole encircled by sheer walls and a trickling waterfall. It was so clear we could see a few meters down through the emerald tinged water. The trail basically led us uphill along rocky hills and past numerous swimming holes and waterfalls. Except for the first pool which was an emerald colour, all of the others had a rusty brown tinge which made us wonder if the first one was in fact fed by a spring and not the Teva river. 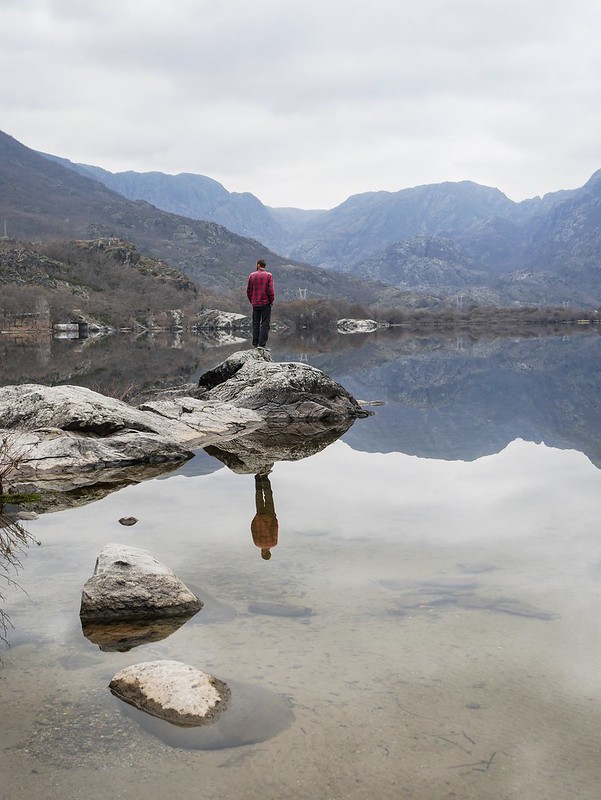 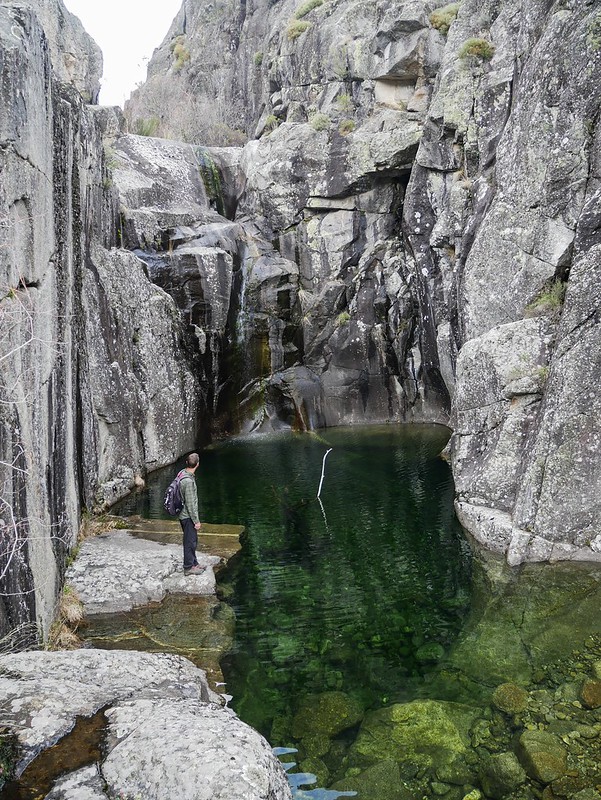 We warmed up with all of the uphill walking and thought about taking a swim however we noticed a shaded corner of one pool had a thick layer of ice on it!! To be fair we were up at about 1300m elevation so it’s no surprise really. When we were just 1km away from the end we decided to give up, we just weren’t digging the hike and it wasn’t even a canyon like we were promised. On our way back we decided to brave a dip in the spring fed pool which felt slightly warmer than the river. I thought I’d trained myself up by spending ages in the cool pool at the hot spring yesterday but this water was unbearably cold so I just had a very brief dunk. Now it’s time for us to drive further east to the main area where packs of wolves live. 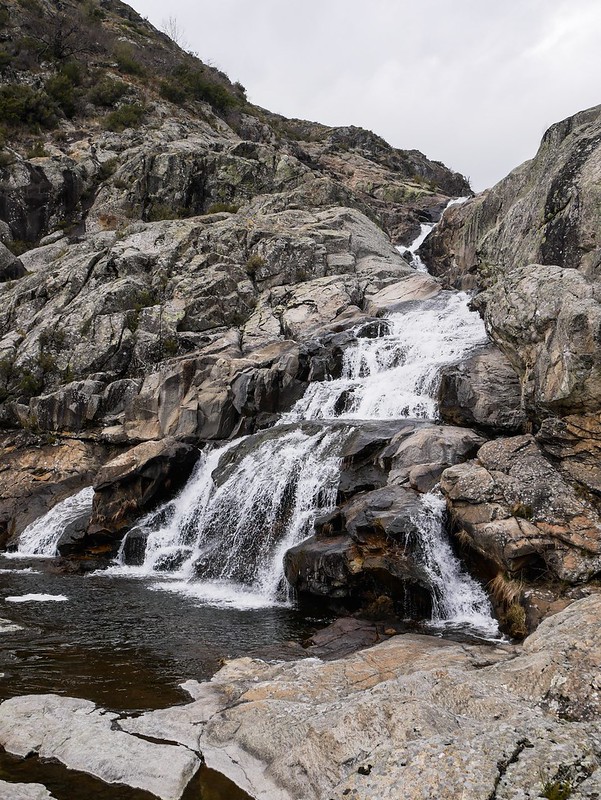 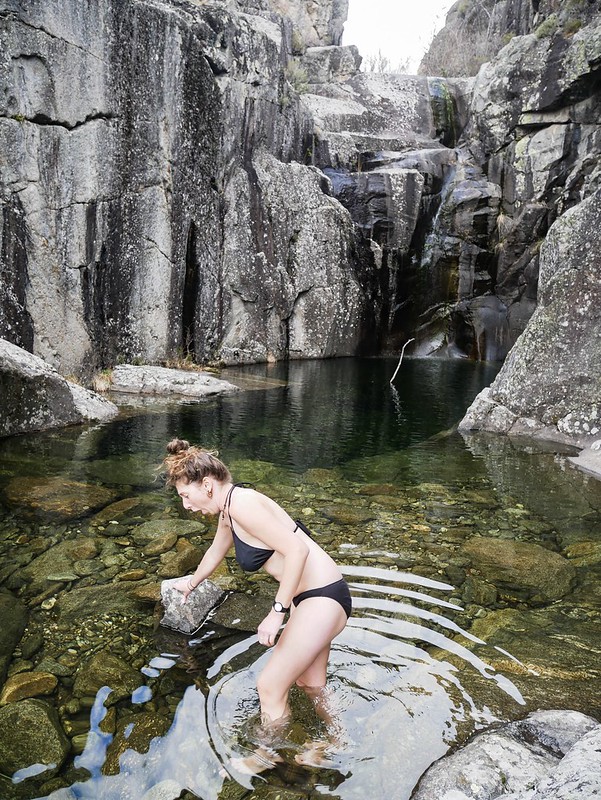