When I was researching the Wild Atlantic Way County Clare didn’t seem to have much of interest us. I’m sure it would for other people but it just didn’t seem to have mountains or dramatic landscapes that we crave. The main attraction (and one of the top attractions for the entire country) is the Cliffs of Moher so we had to check them out. On the way we drove through Burren National Park which was a bleak rocky landscape that left us feeling uninspired to stop and explore.

The entrance fee to the Cliffs of Moher was extortionate at €20 for two people so we headed further south to Hags Head. There was a farmhouse car park at the trailhead which charged €3 and then we were on our way. Once we arrived at the cliffs we followed them north but as expected we didn’t find them particularly impressive. These sort of cliffs are common in Shetland and we’ve also seen much better ones in other spots around Ireland like Slieve League in Donegal and the tallest cliffs on Achill Ireland. It was still nice scenery but definitely not wow. We did a long walk and stayed for the sunset before we headed back to the little village of Doolin. 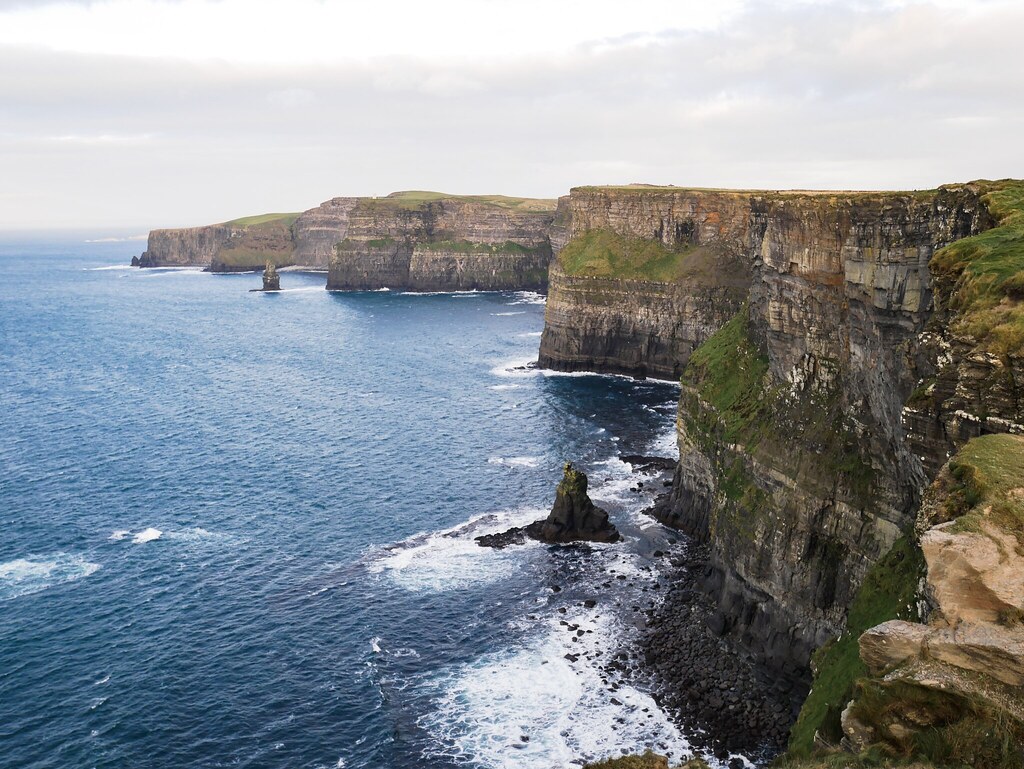 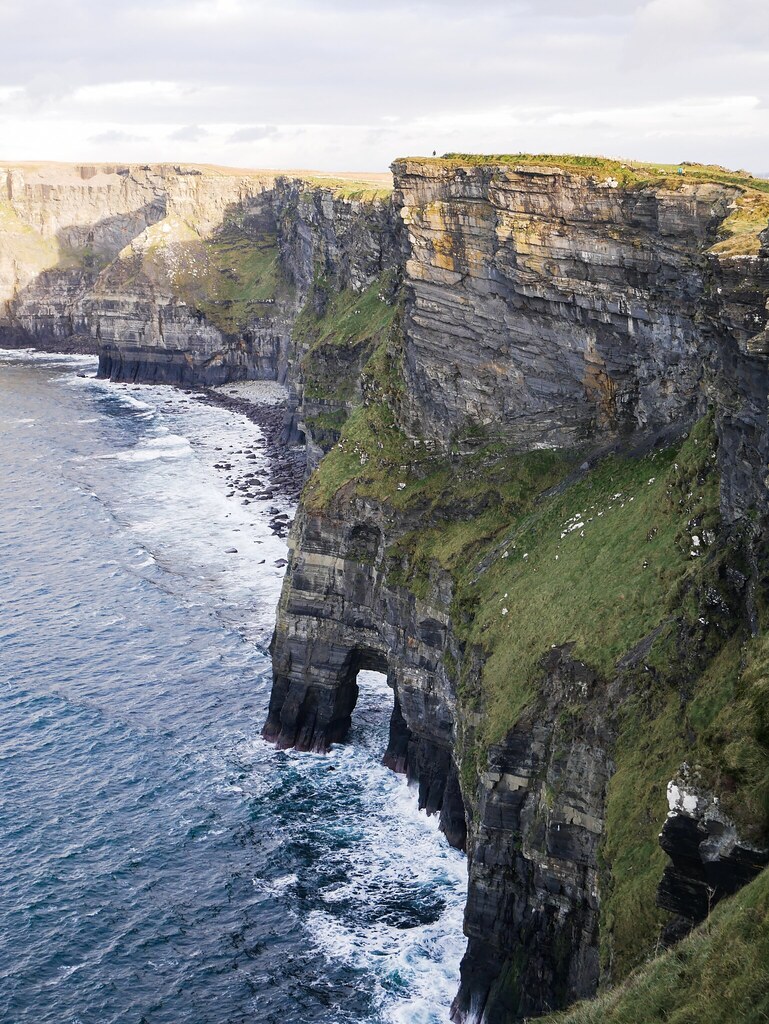 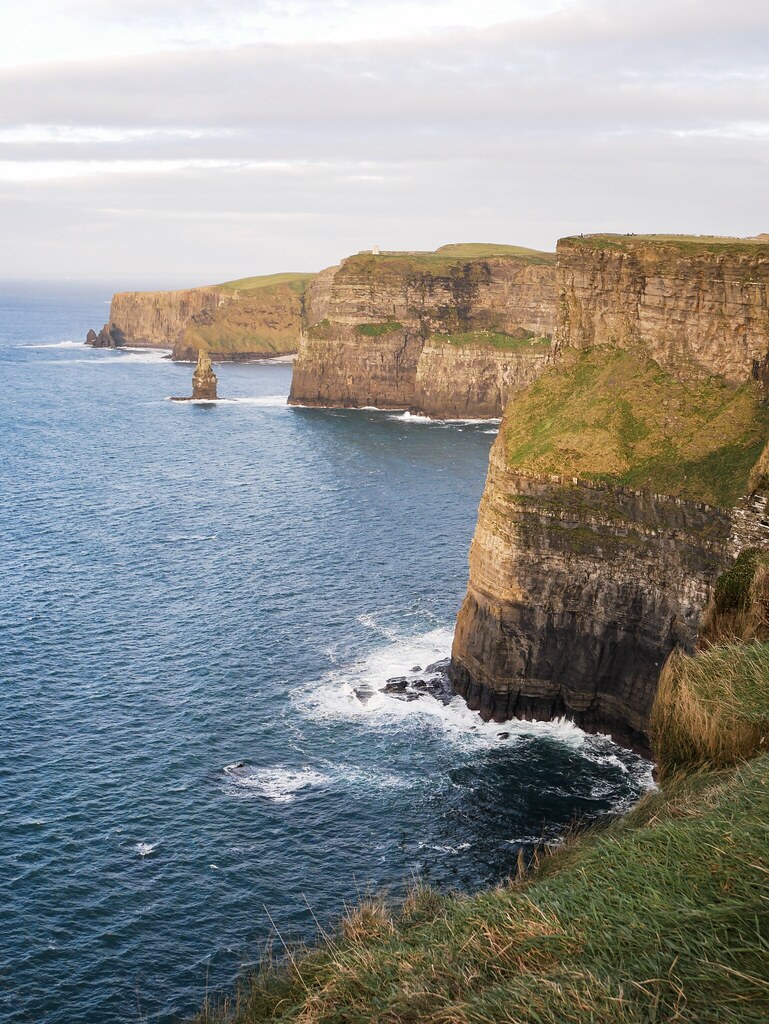 Doolin is automatically on the tourist map due to its proximity to the cliffs and also the fact that it has three colourful buildings in the village. I must admit I thought there would be lots of colourful houses and these were just the best three in everyone’s photos but they turned out to be the only ones with colour. The pink house was pretty though with it’s rustic thatched roof but the village was very anticlimactic. We decided to stay the night in a quiet spot of the village as we wanted to experience yet another music session in a pub. We were surprised how busy it was with every table occupied and a big hen party in the back room. We were lucky to get the last little table in a nice spot away from all the people but with a great view of the musicians. Today we had an accordion, banjo and a flute. The three men played really well together and were clearly having a lot of fun unlike our previous session in Galway. A couple of old men shuffled over to the musicians and confidently joined in to sing a couple of songs which the punters loved. The songs were quite depressing actually but their enthusiasm and confidence made everyone smile and cheer them on. 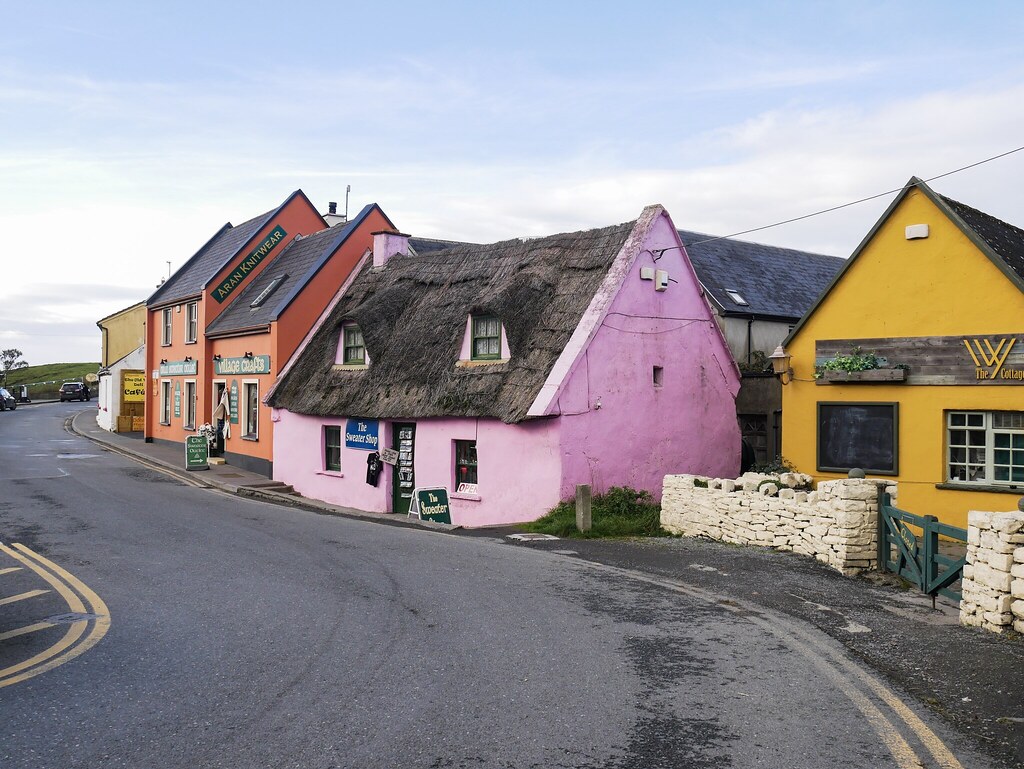 We didn’t have much else planned for County Clare, many of the beach car parks had height barriers but we did find one we could enter. While I was using the toilet Craig witnessed a women who came into trouble while swimming in the sea. A passer by stripped off, grabbed a life buoy and headed into the rough water to save her!

We discovered a ferry service across the sea inlet that would cut 130km off a rather uninteresting drive so we decided to go for that. It was actually really expensive for just a 20 minute ferry at €25 but it was still slightly cheaper than paying for petrol on the long drive. We were in a bit of a panic in the queue as we noticed the sign said motorhomes were charged at over €30 so I was ready to list the reasons why we should be the same price as a car to the worker, the main point being we are the same length as an estate car. Luckily I didn’t need to argue with you the chap who charged us as a car, and rightfully so. Now it’s time for us to explore County Kerry which we’re super excited about.