Our plan for today was to hike along the Glencoaghan horseshoe which traverses 6 of the 12 Bens (mountains) and was due to take about 8 hours. We had to wake nice and early as we have limited day light hours during the winter and didn’t want to hike back in the dark. Unlike other mountainous areas in Ireland the Twelve Bens have rocky quartzite peaks. We had a bit of a drive to the trailhead which led us around the back side of the mountains and turned out to be a very scenic route. We had to do a brief stop at Pine Island as it was such a perfect photo with the mountains reflected in the calm waters. Apparently in the 19th century the island was used as a prison for locals who were convicted of animal cruelty, but it didn’t seem like much of a punishment with such a jaw-dropping view from the back yard. 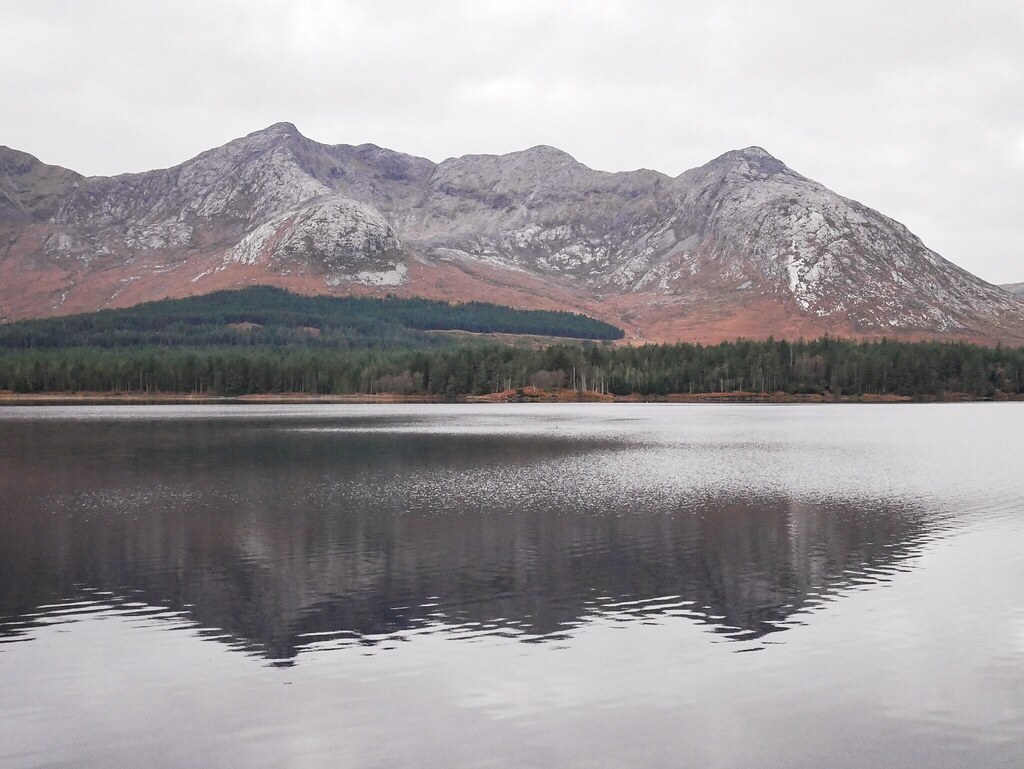 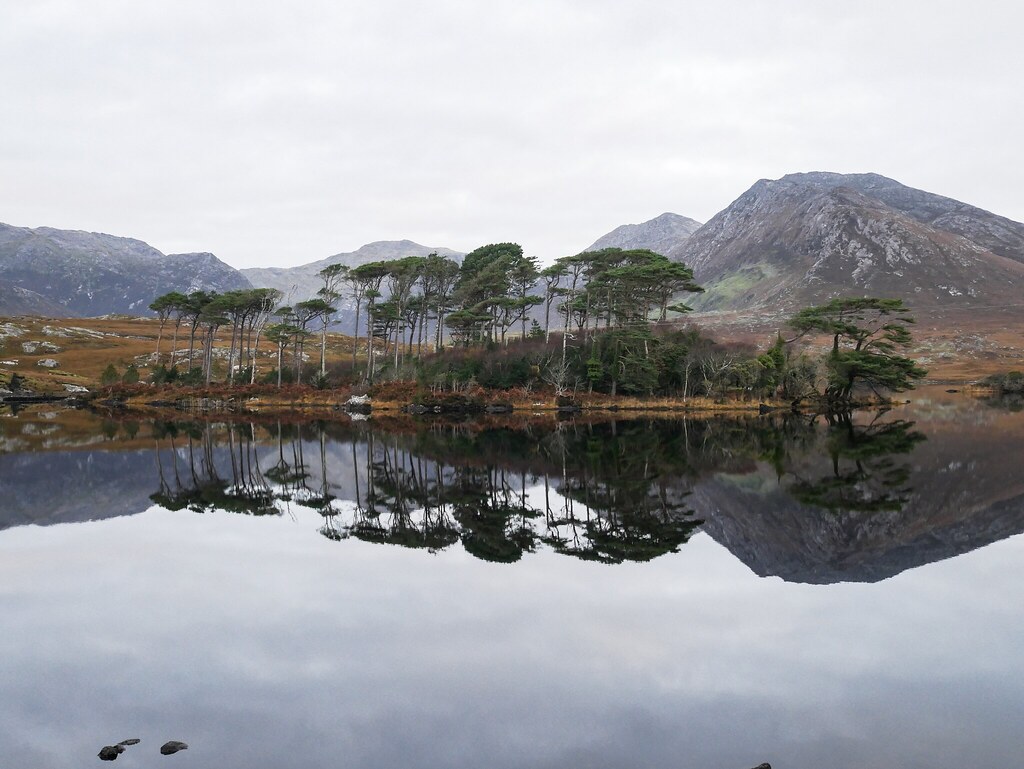 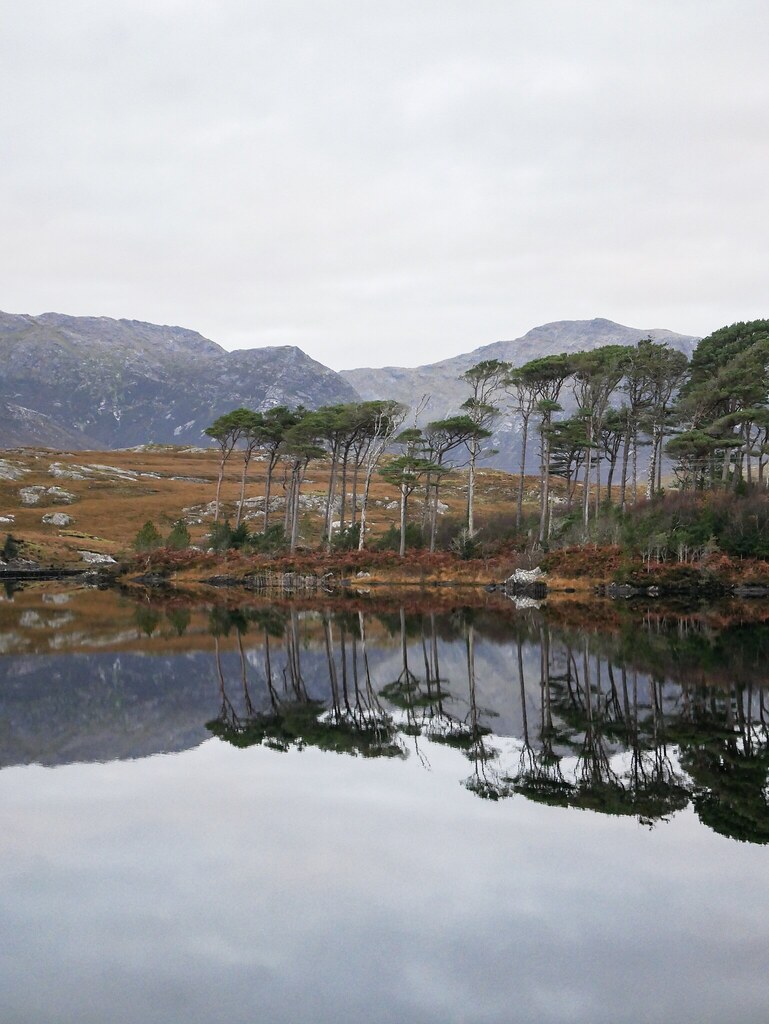 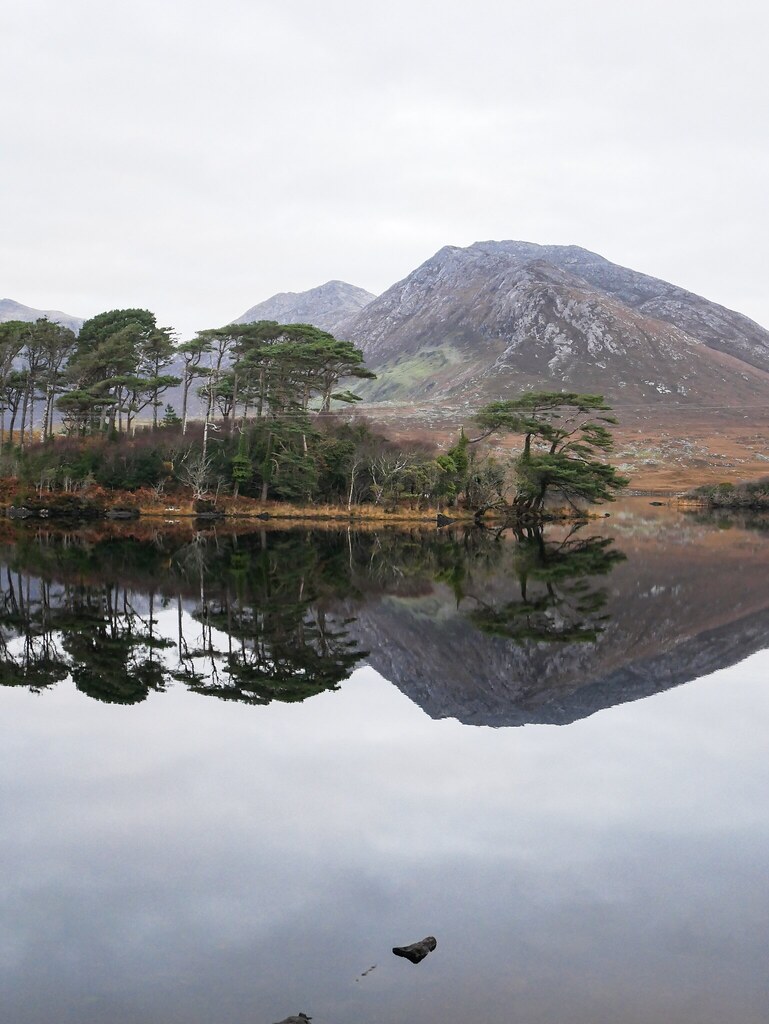 The first mountain we were hiking up was Derryclare at 677m. There wasn’t much of a pathway, but enough of one to make our life easier than going through untamed moorland. The weather was cloudy with low winds, certainly not as beautiful as yesterday when we had clear blues but as long as the summits were clear of cloud we were happy. The route we were taking looked pretty intimidating and our progress felt slow as we could constantly look across at all the other summits we needed to get up today. When we reached the first top cloud swept in and we lost all our views, we were gutted. But we continued on, hiking down loose rocks to a tiny lake that sat on a saddle between two mountains. Seeing as we didn’t have any views now I looked up at the next peak and suggested we try to walk around the side of it. Otherwise we’d have a tough up hill slog and back down again to the next saddle. So we went for it, navigating our way around the side of the rocky mountain. It wasn’t easy and we met a few sheer rock walls that we had to find routes around, but eventually we made it and it saved us some time and energy. 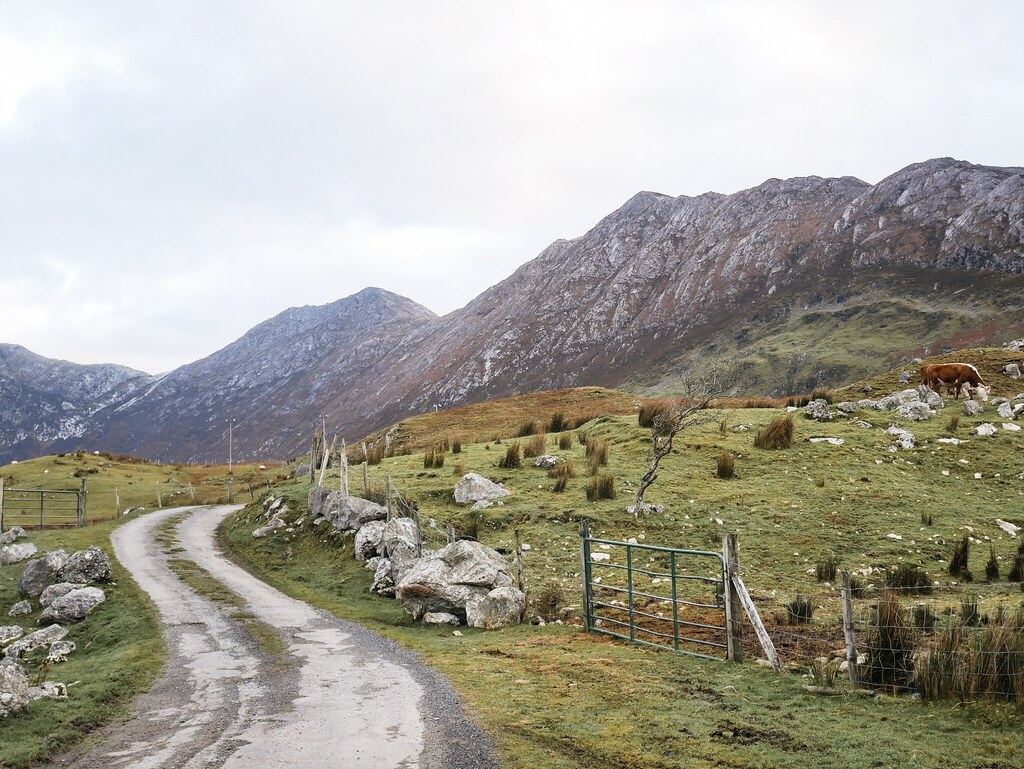 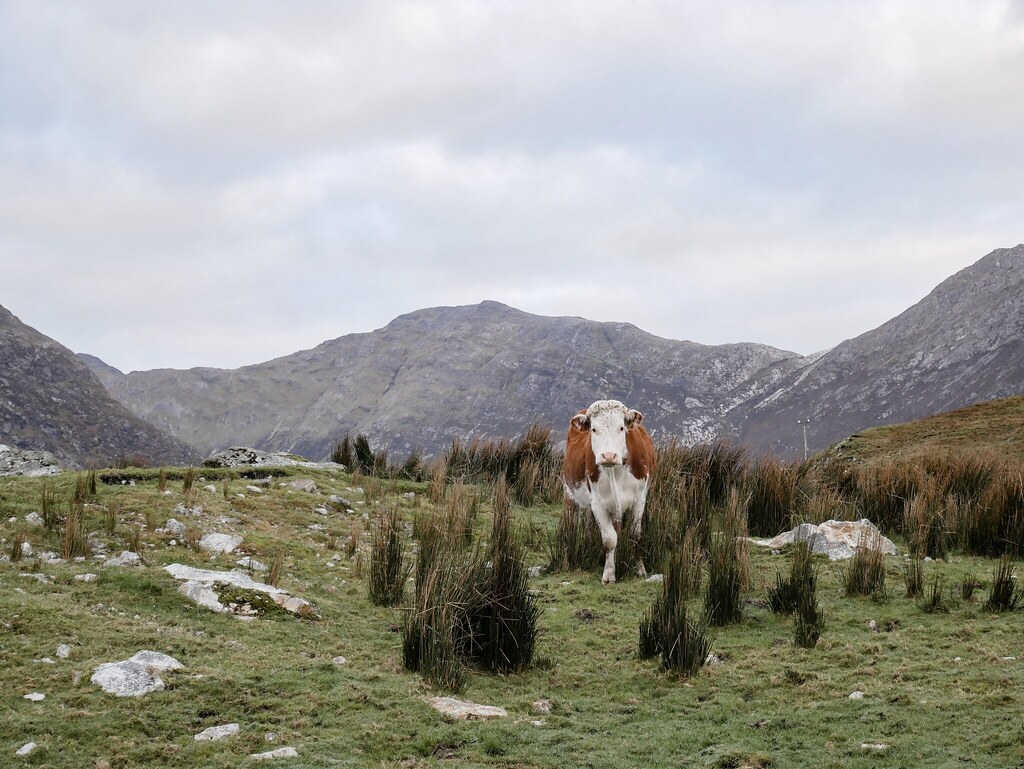 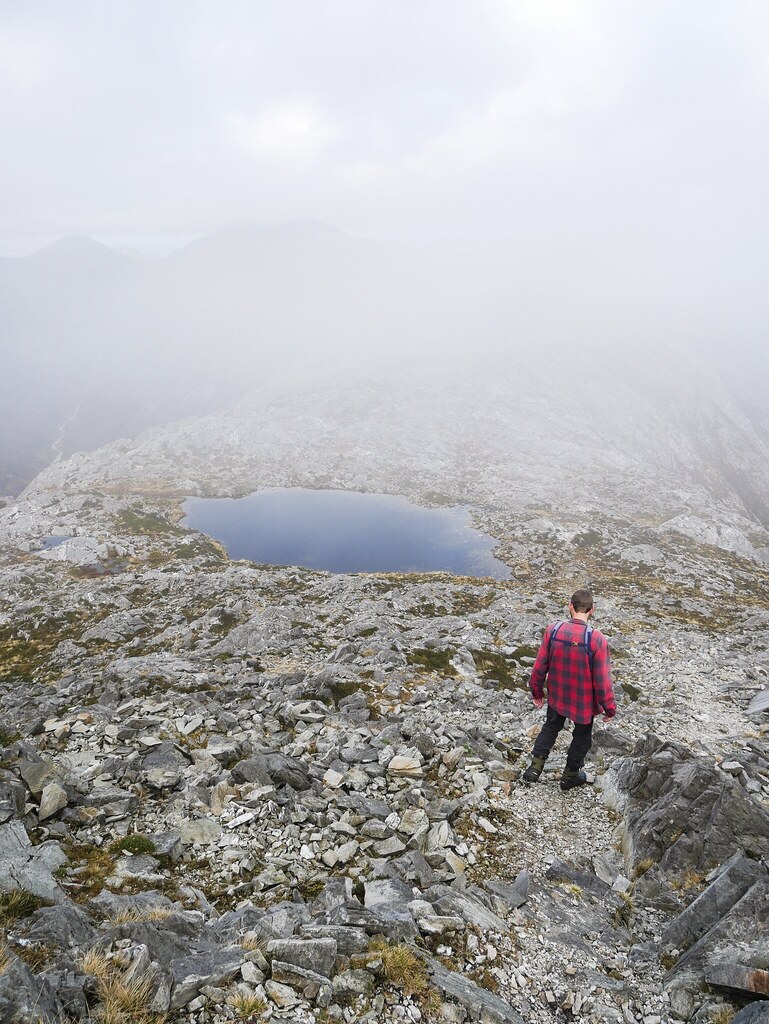 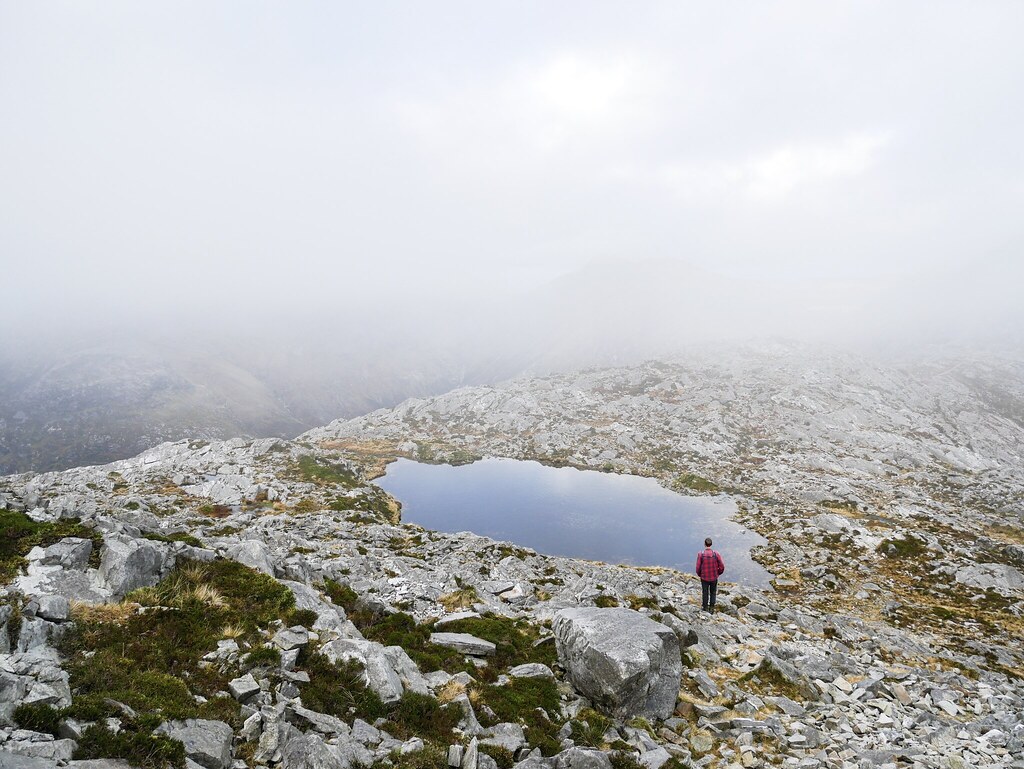 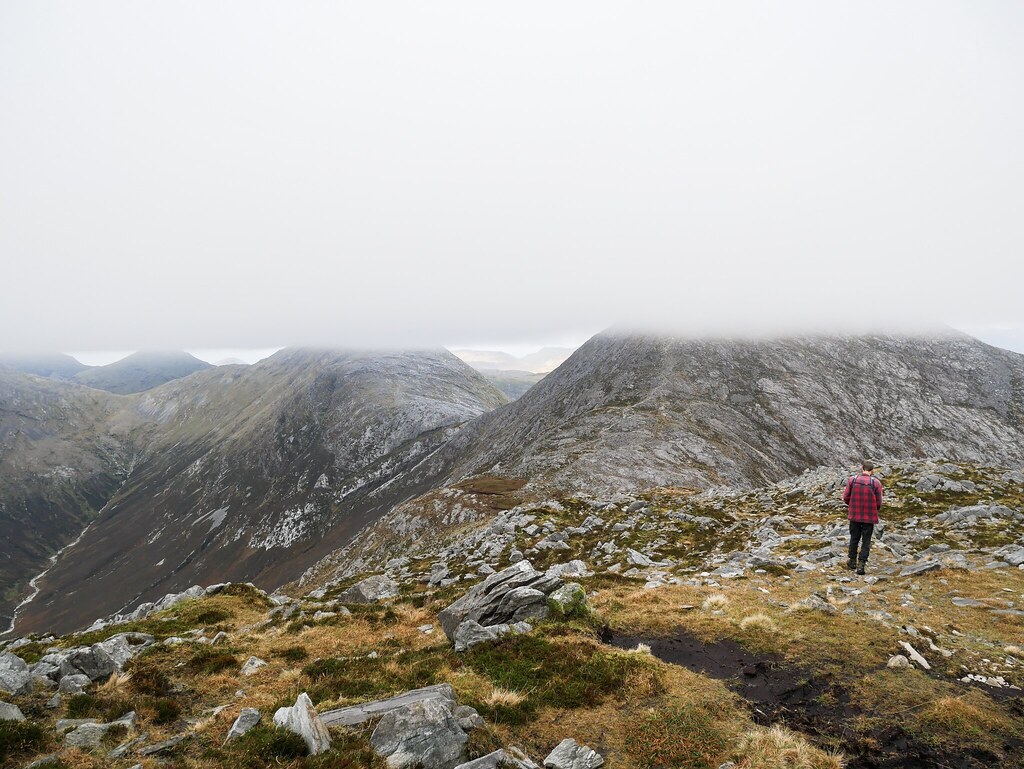 The next big bulk of mountain stood ahead of us and we decided to keep plowing up and have lunch at the top. It was quite breezy and cold but occasionally the cloud would begin to part. From then on the clouds became a blessing and not a curse, they were the perfect clouds to have on a mountain top, drifting in and out atmospherically. Mountains would appear out of nowhere before being hidden by a white blanket again. 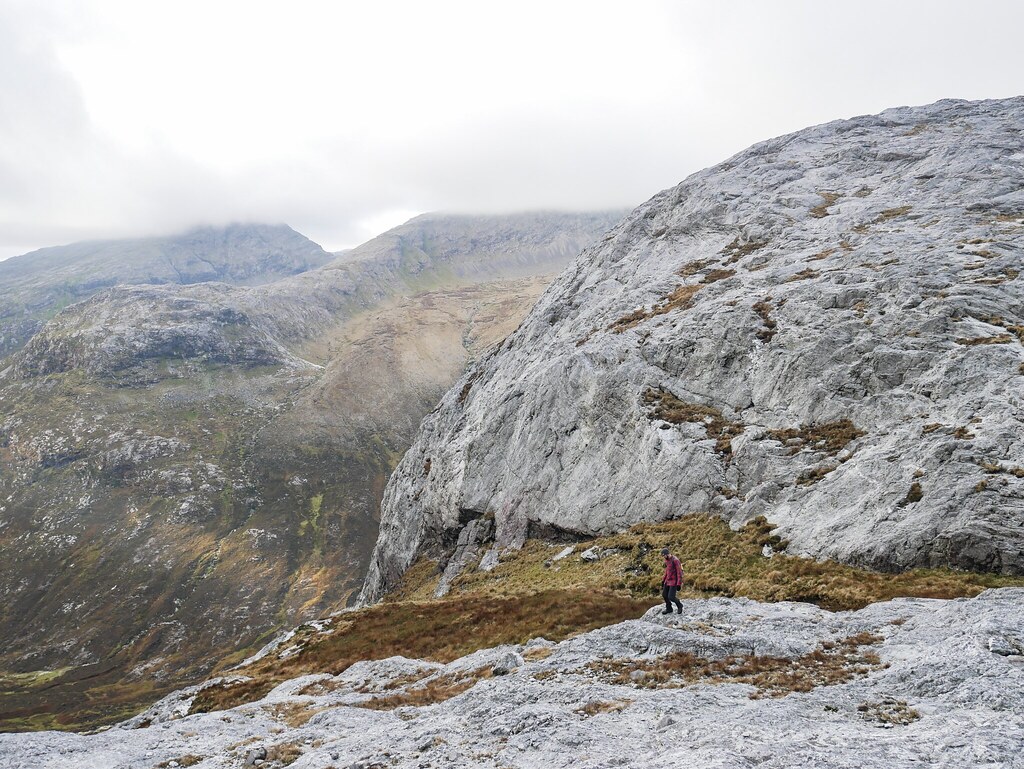 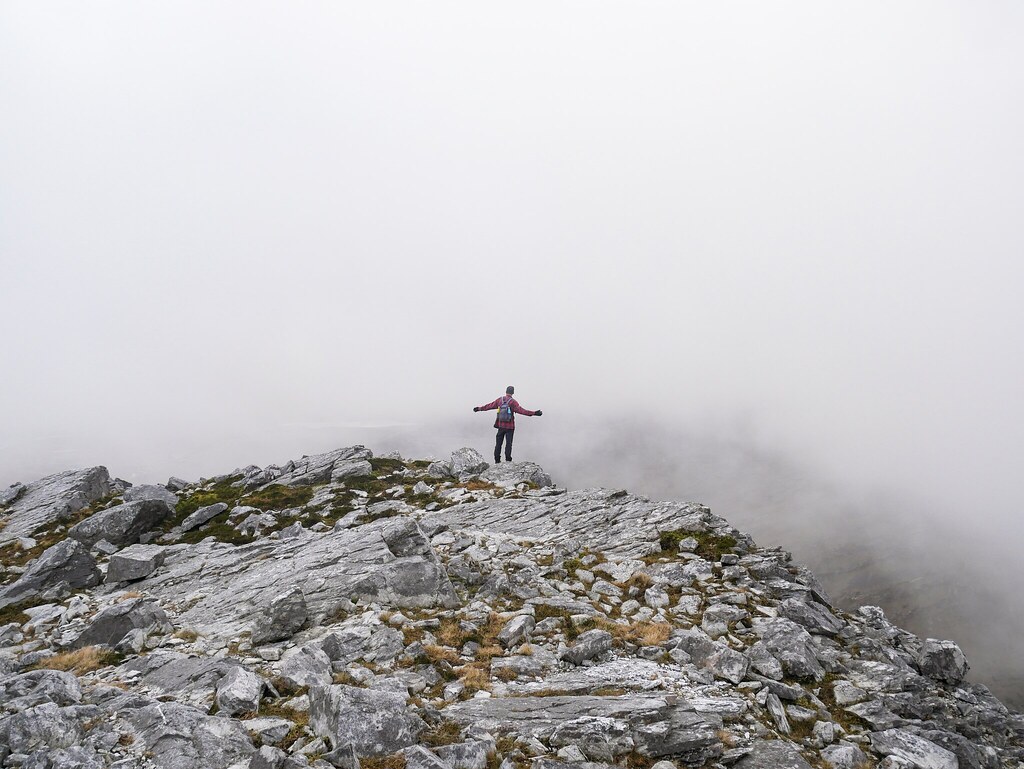 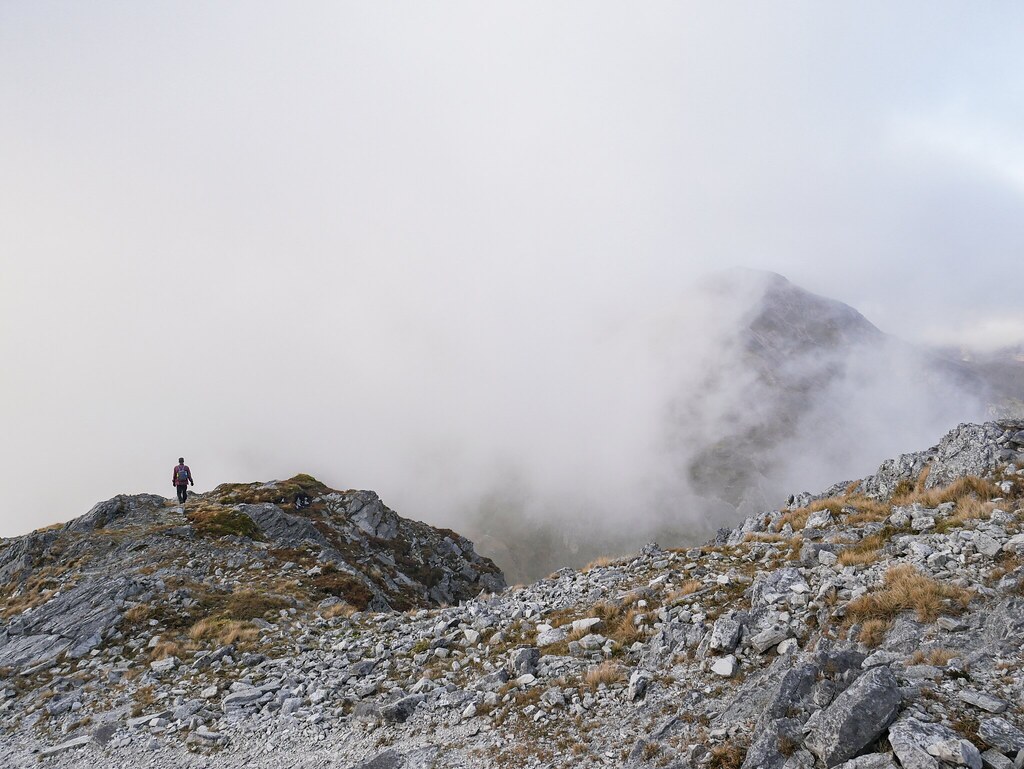 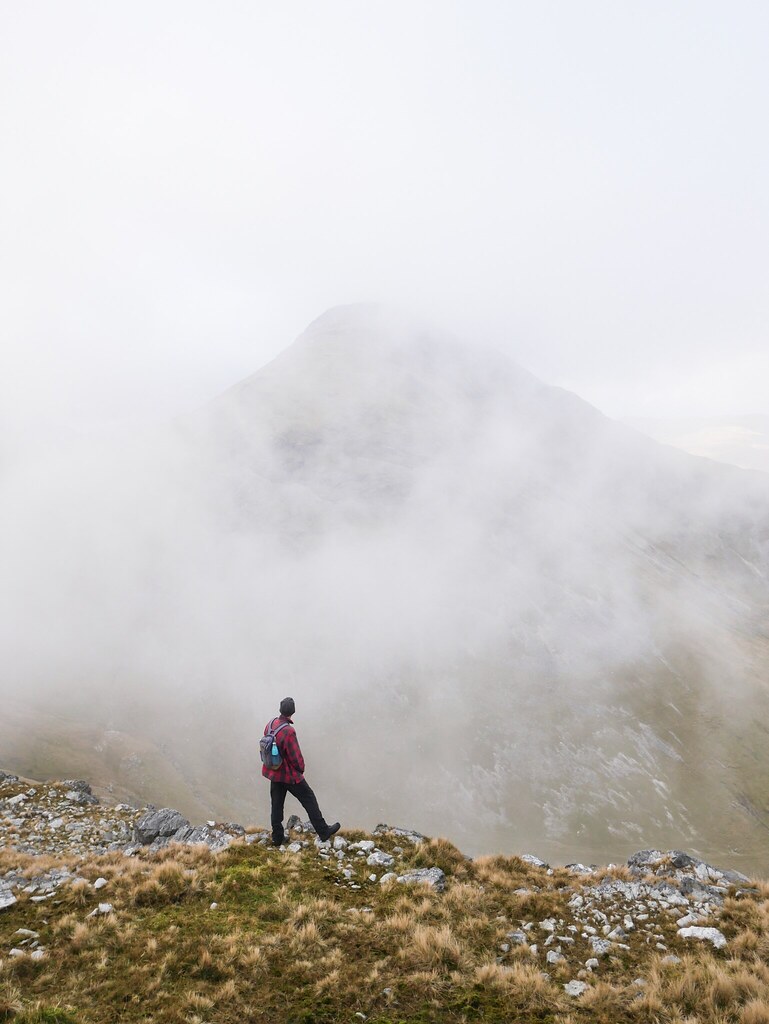 The views kept getting better and the cloud looked like it was coming out of a smoke machine at a party. The valley to our left was filled with cloud but we had clear views to the right. It was a tough climb up Bencollaghduff but that was the hardest part over for us which was a relief. The sun even tried to come out and a very faint Brocken spectre rainbow briefly appeared below us in the clouds. We now had a view of the land below us, riddled with hundreds of lakes and the Atlantic Ocean in the distance. After getting to the top of Bengower it was time for us to make our way back to Helga. 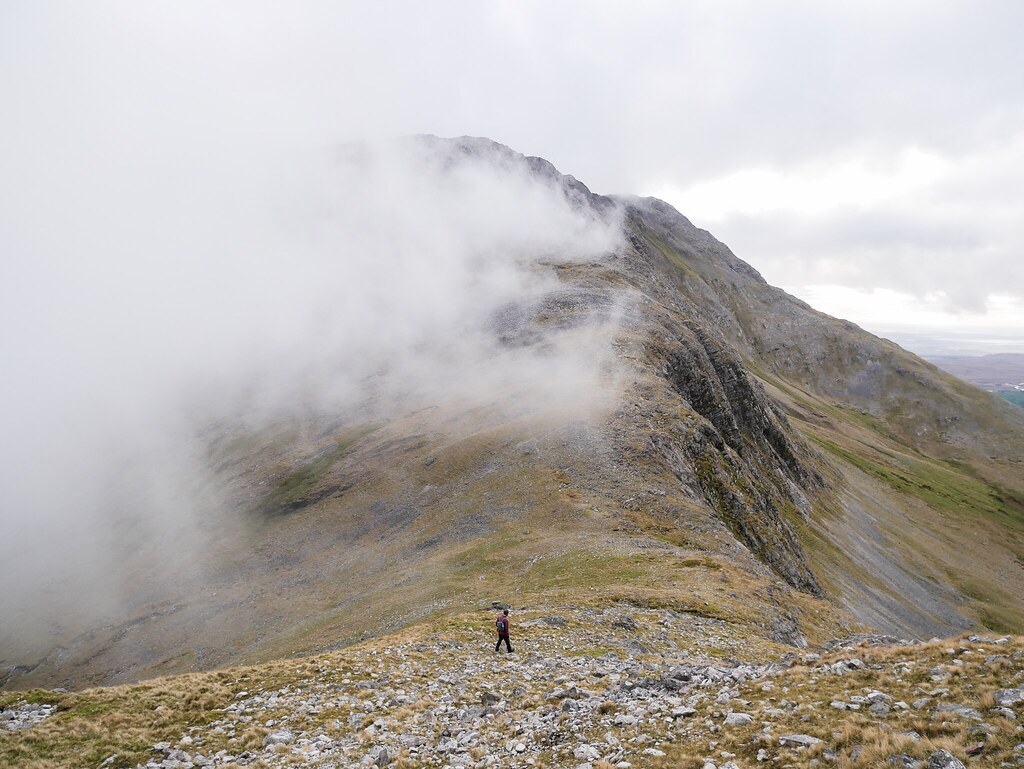 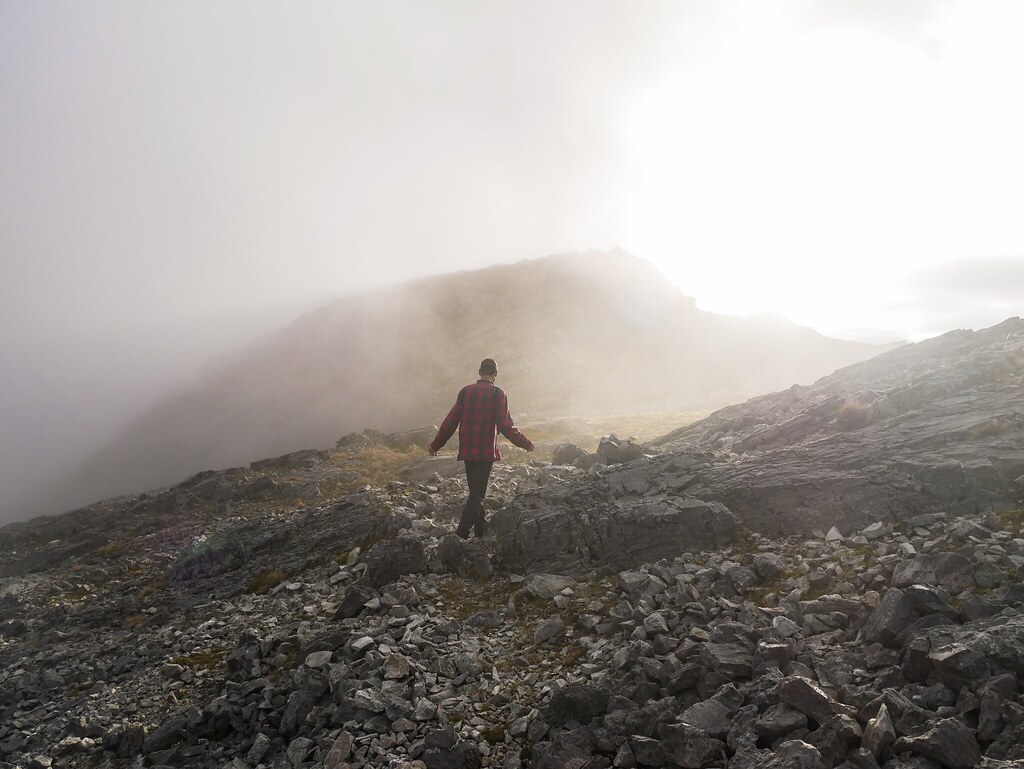 It seemed to take forever to get back and we only arrived at sunset, after 8 long hours of hiking, which led us to laugh at the stupidity of doing the hike in a rush yesterday. We wouldn’t of been back until almost 8pm, trudging through pathless bog in the pitch black! 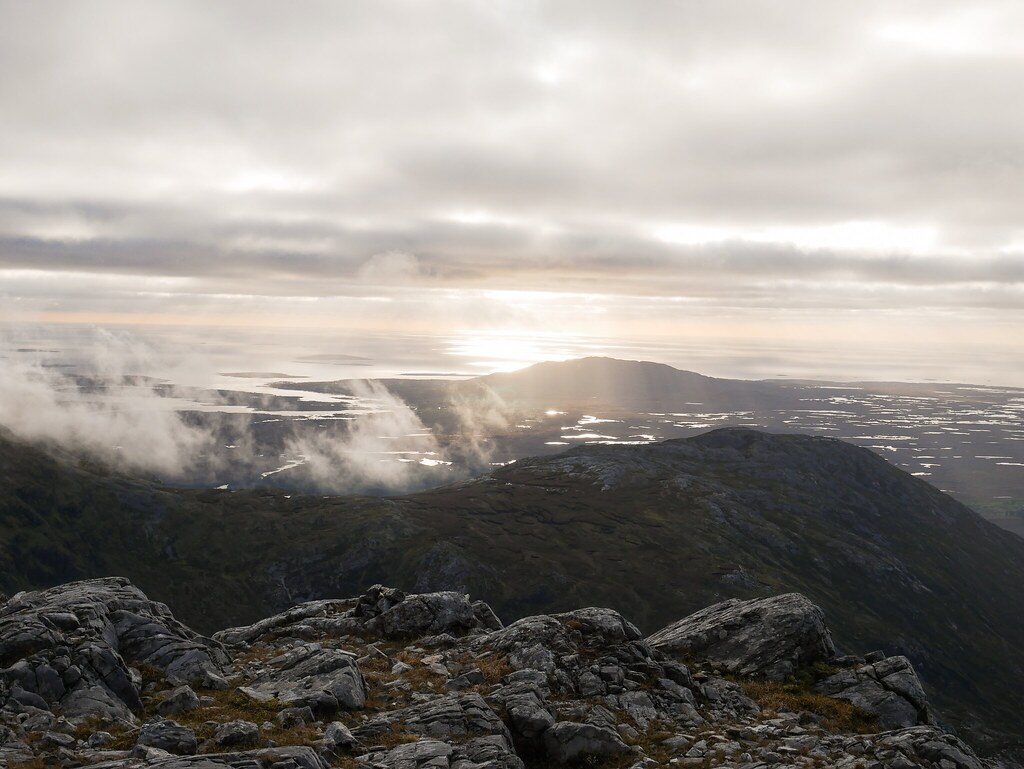 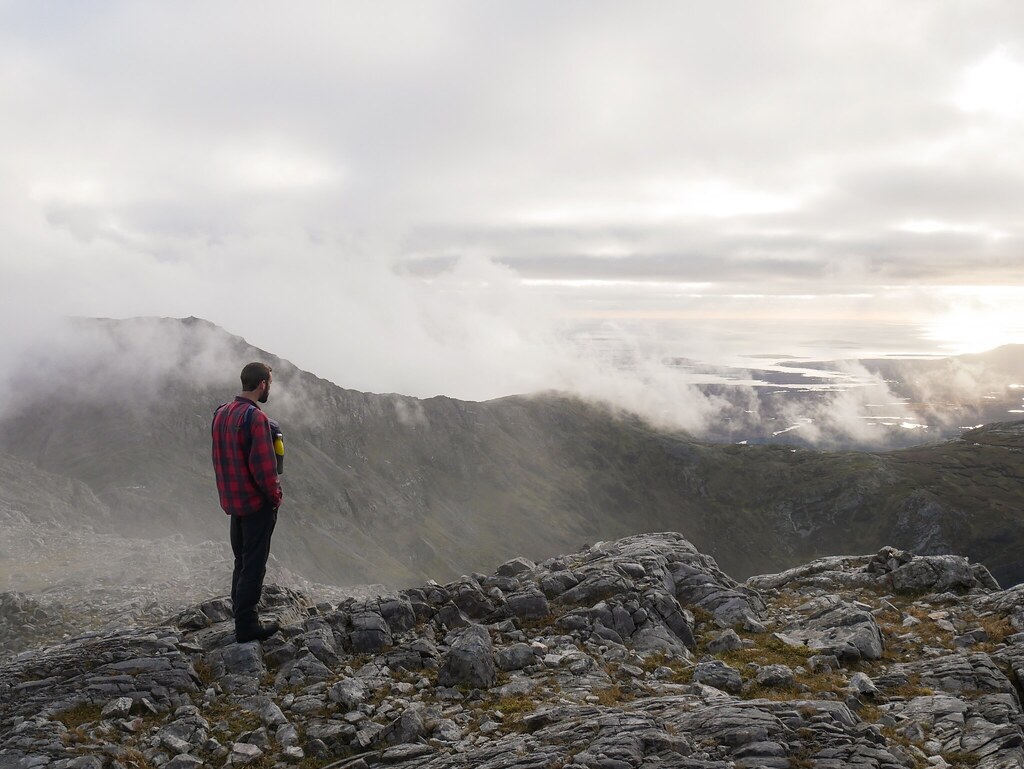 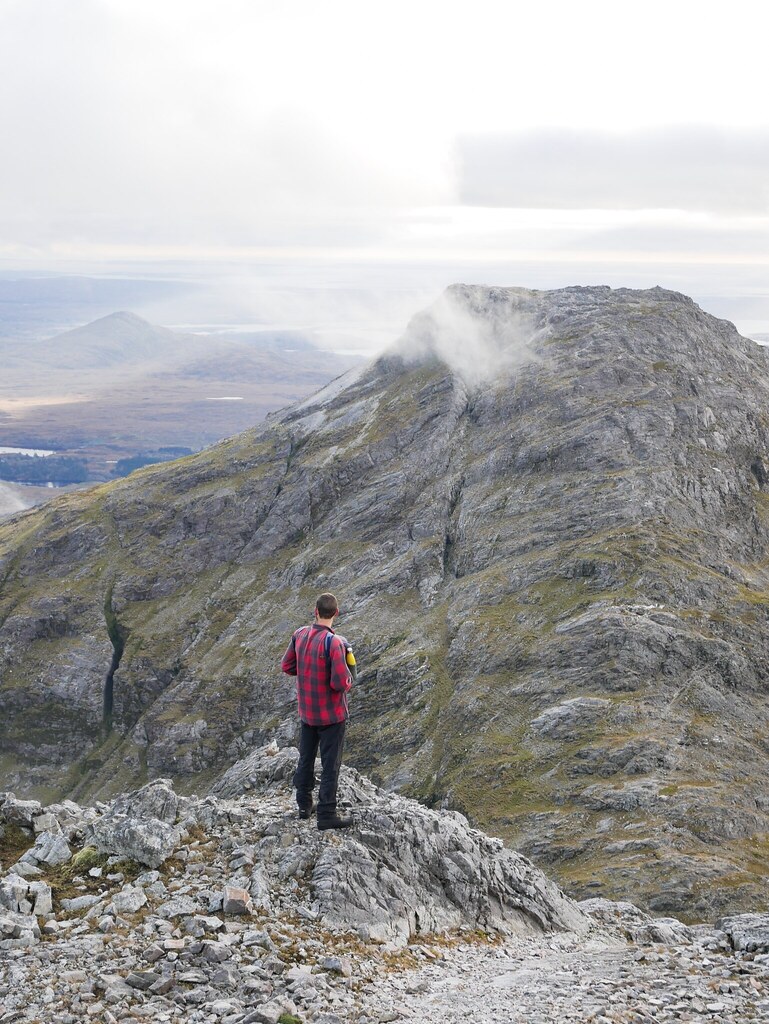