A winding road led us through the cloud enshrouded Doolough valley with mountains on either side of us. As the road dipped down we headed towards the shores of Doo Lough lake. The road continued wiggling along the shores with the water right beside us. It was a really scenic area that felt untouched by tourism and we had a big hike planned for tomorrow so we found the most scenic pullout to camp in for the night. We still had a couple hours spare before sunset so we decided to just walk up a random hill. As with all random hills in Ireland it was pathless and involved trudging up lumpy moorland interspersed with bog, but we got some nice views looking across to the mountains where we’re heading tomorrow and of Helga looking like a tiny toy car in the valley. 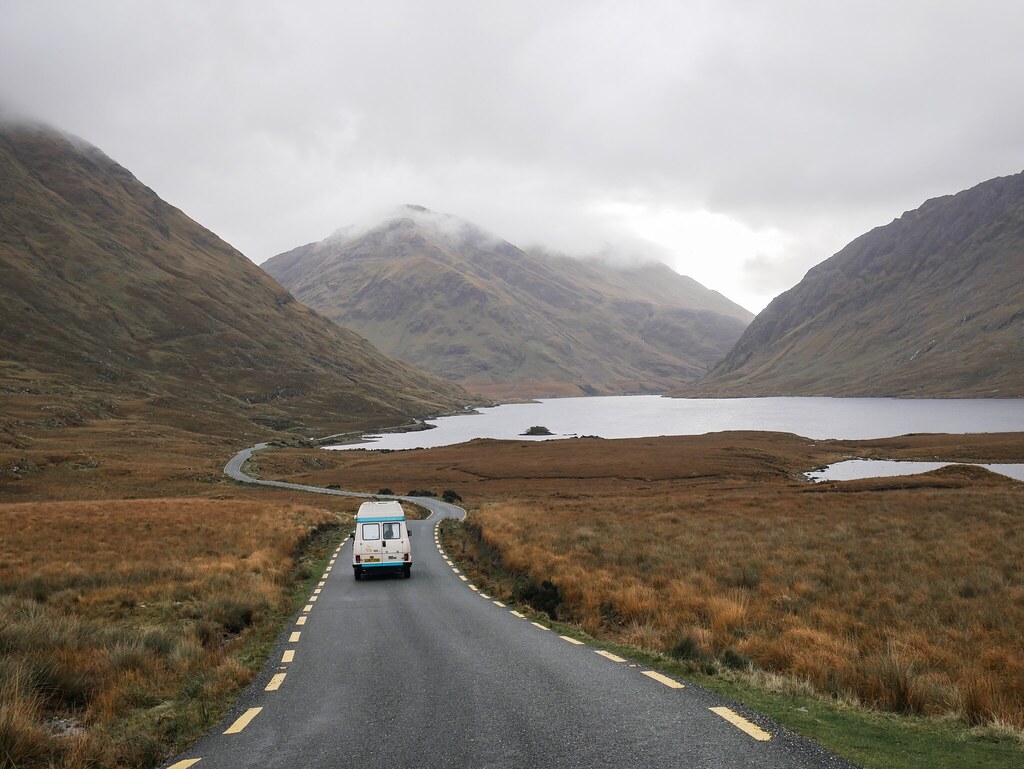 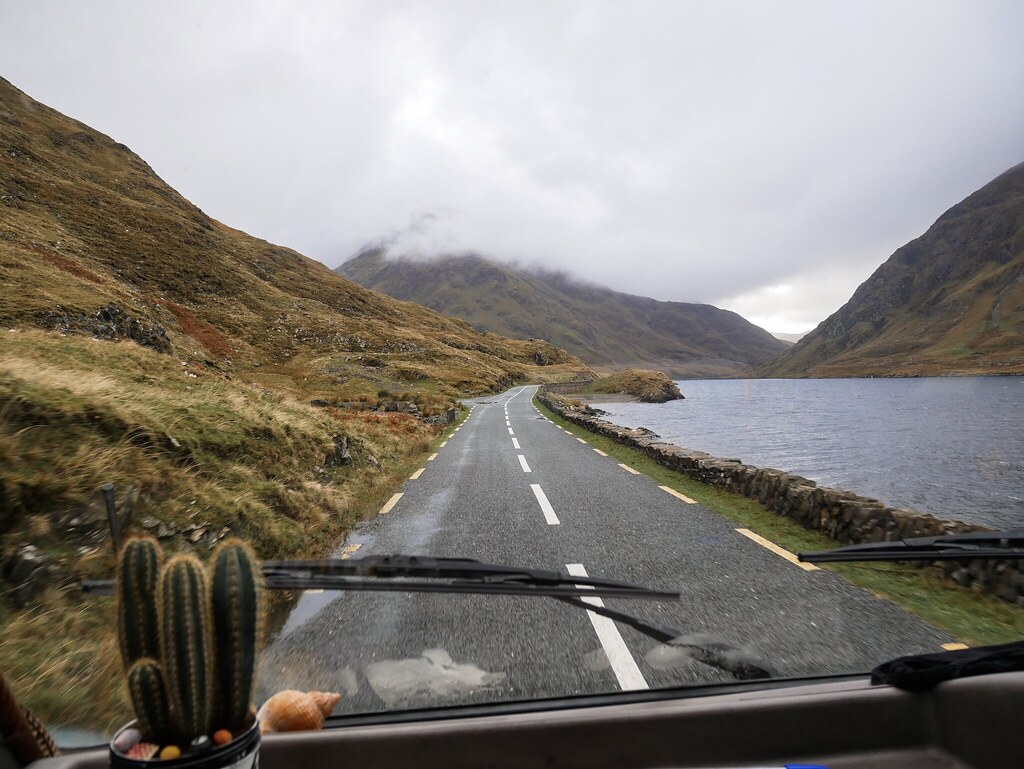 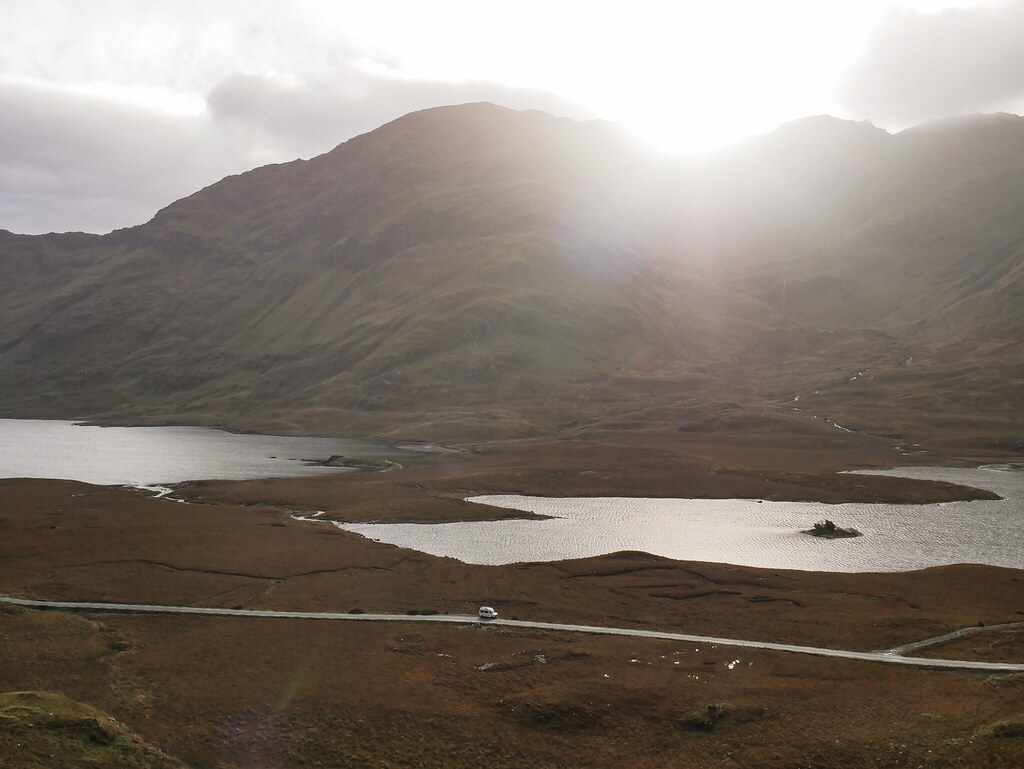 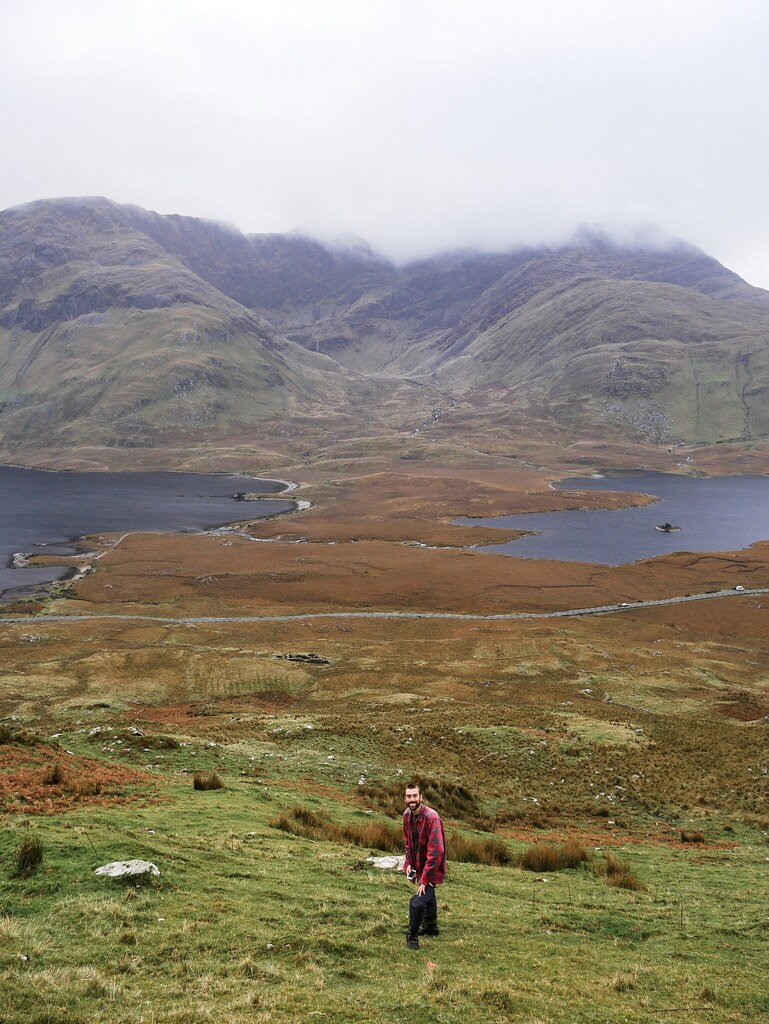 We were treated to a nice sunset with puffy orange clouds out our back door and then we promptly locked up to keep the heat in. The following morning we were up early and making our way towards the summit of Ben Lugmore, an 803m mountain. It was extremely boggy so we had a long hike in wellington boots as it’s the only practical footwear at this time of year…unless you have the money for some proper leather hiking boots, which we don’t. We walked along the shores of Doo Lough and followed a stream, slowly making our way uphill into a sort of amphitheater with mountains and cliffs encircling us. A couple of sheep started charging towards us and then we spotted a farmer with his sheep dogs, selecting certain sheep to corral down the mountain. 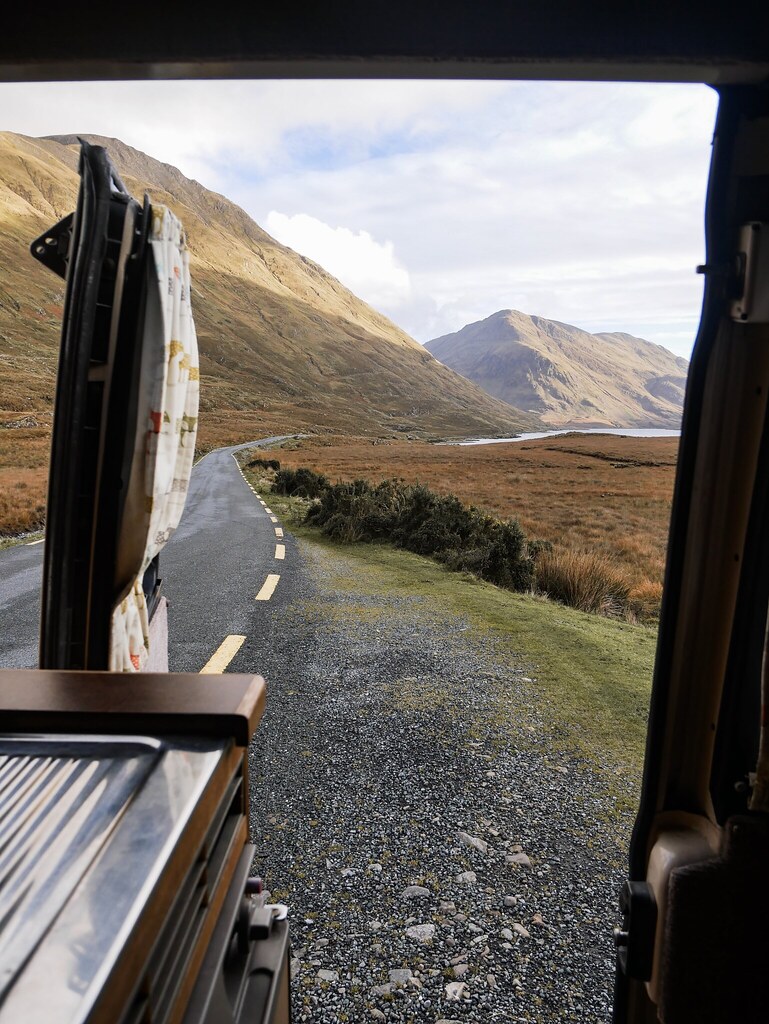 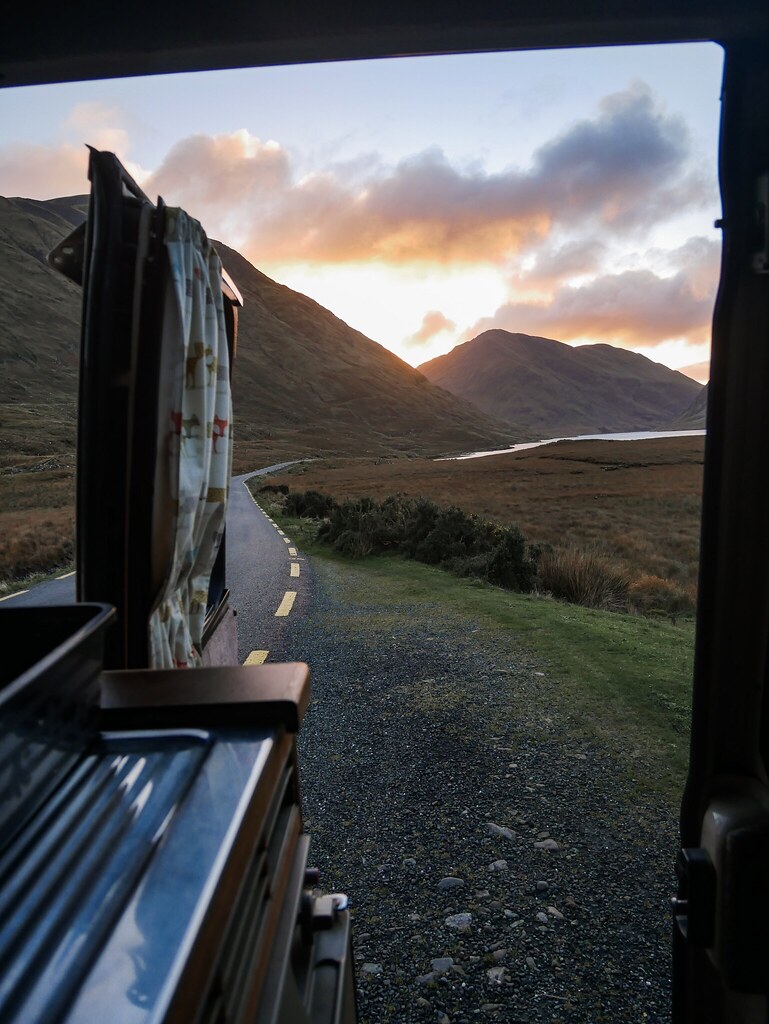 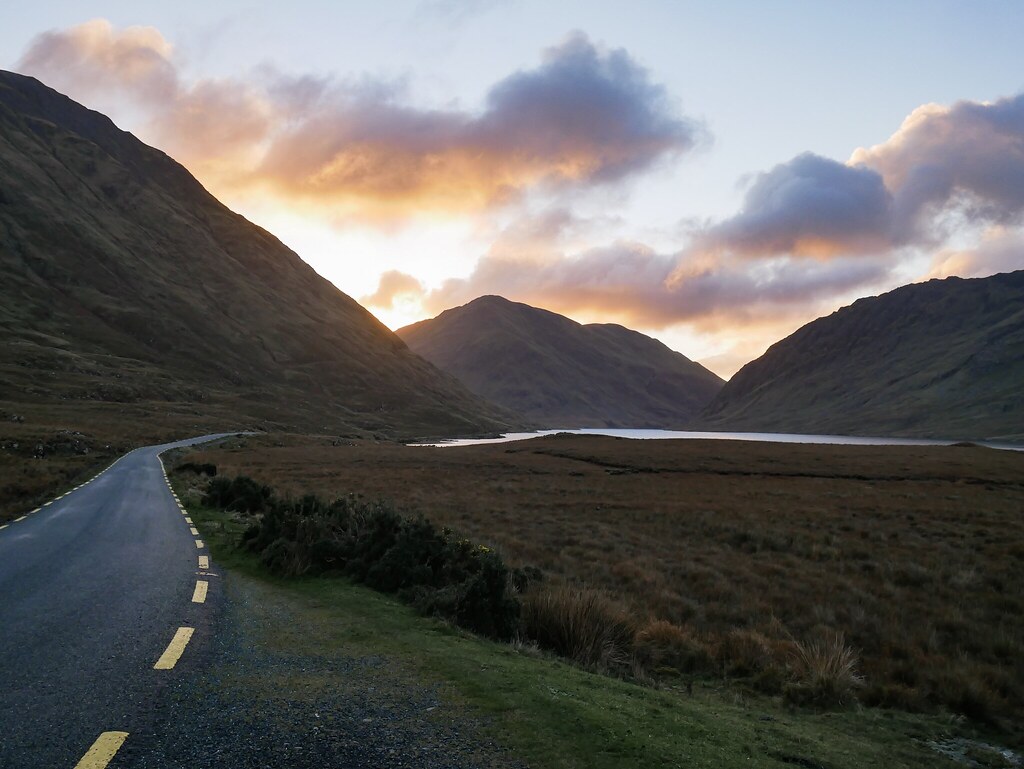 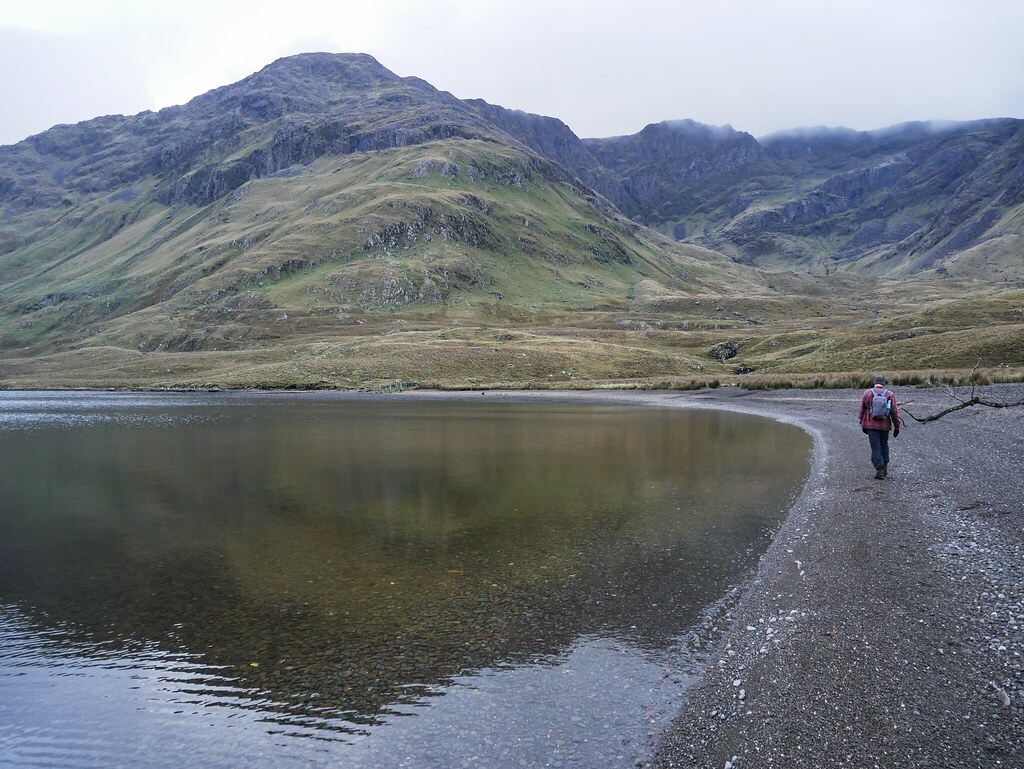 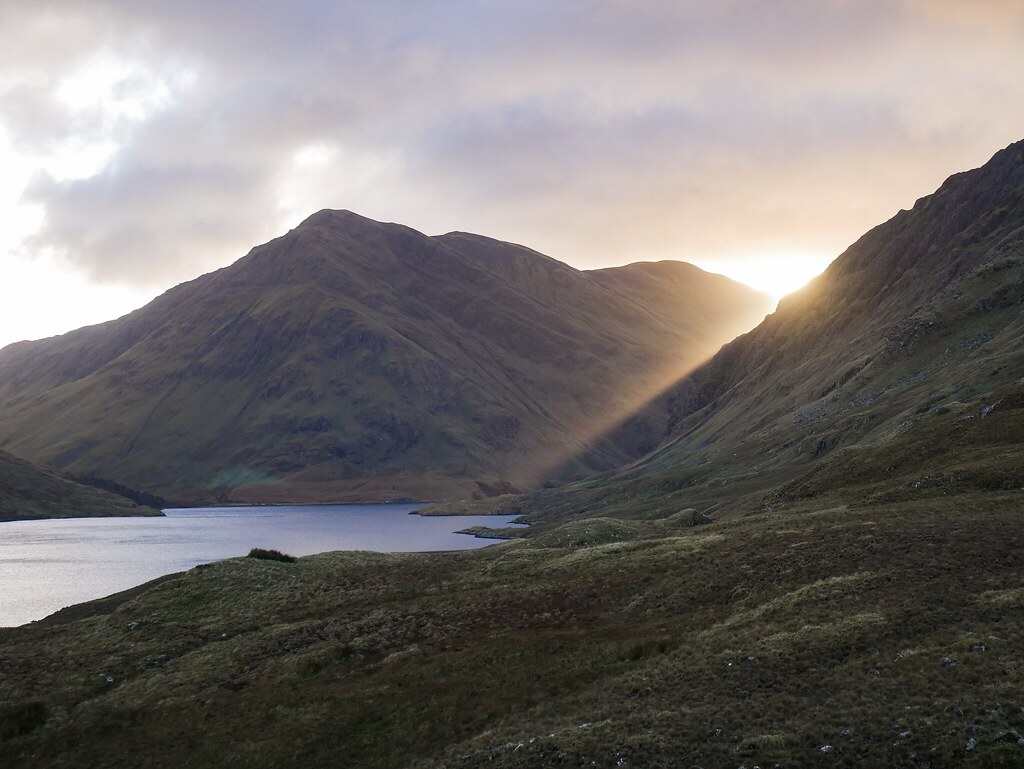 Our faint trail veered right up what’s known as ‘The Ramp’ a grassy slope running up the edge of the mountain all the way to the pass. From the pass we stood between two mountains and had to decide which route to take. Most people make their way across to Mweelrea, the highest mountain in the area. But we were looking across at it and decided the ridge leading up to Ben Lugmore looked more interesting so that’s exactly what we did. 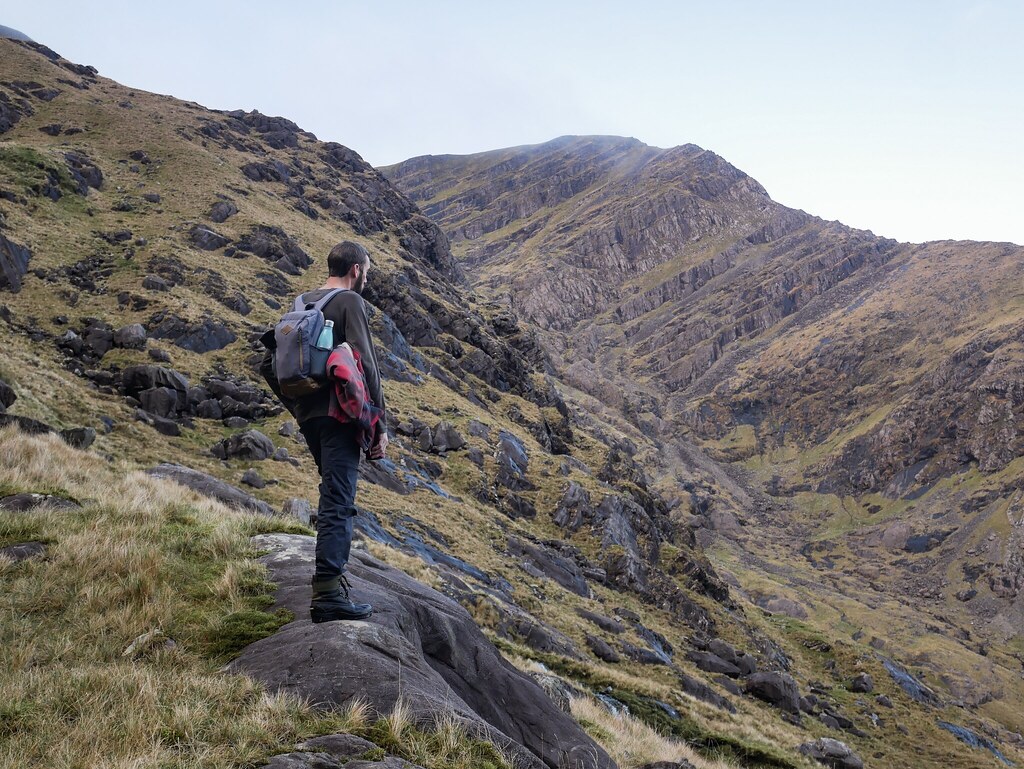 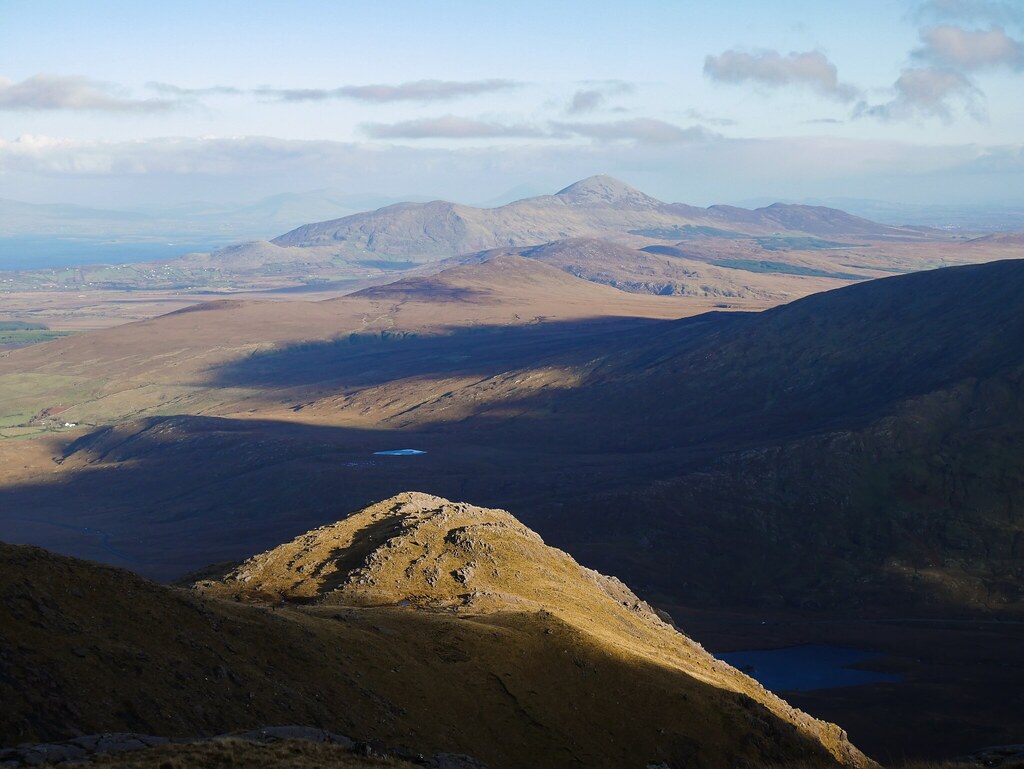 The views were already incredible though, the sun was low in the sky, creating a golden glow across the mountains which were surrounding us in all directions. The ridge route continued to offer us fantastic views, with the sheer cliffs dropping to our left and the mountains of Connemara National Park to our right. We ended up on a high plateau and decided instead of going back the same route we’d try and navigate our way down the mountain on this side. 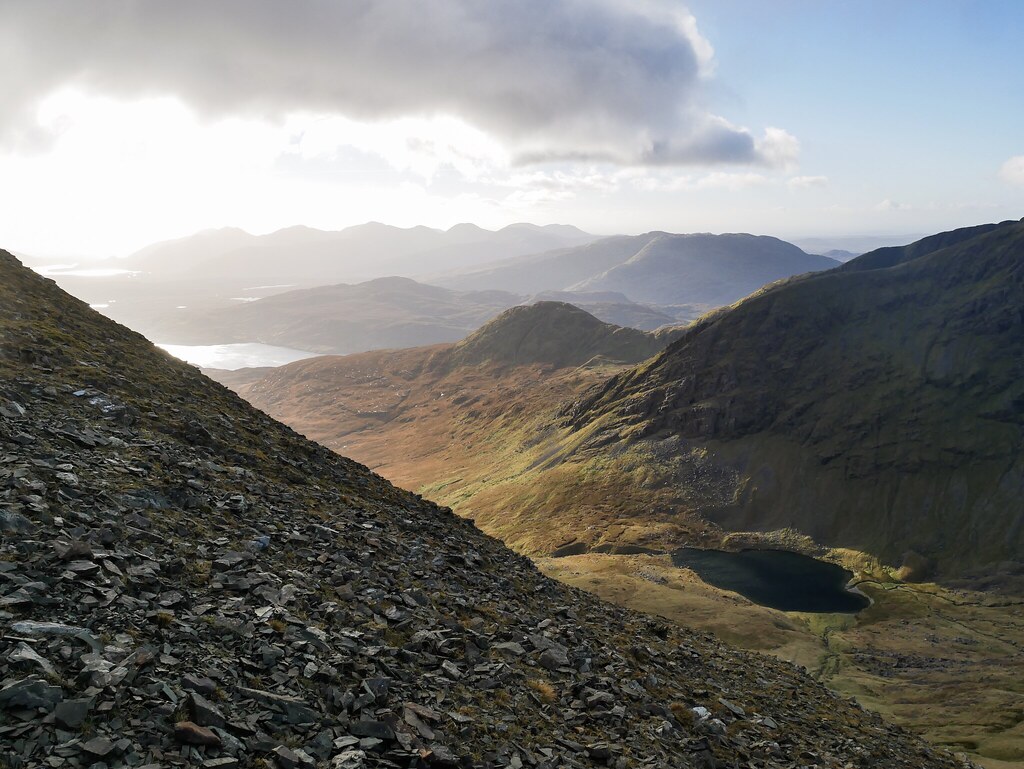 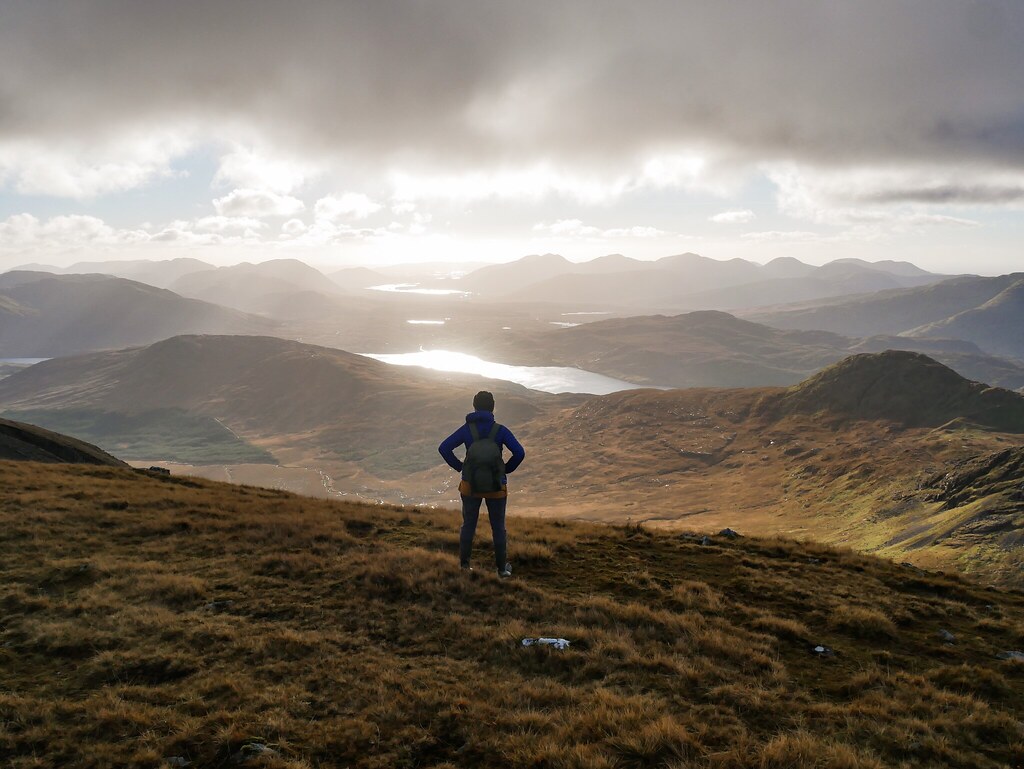 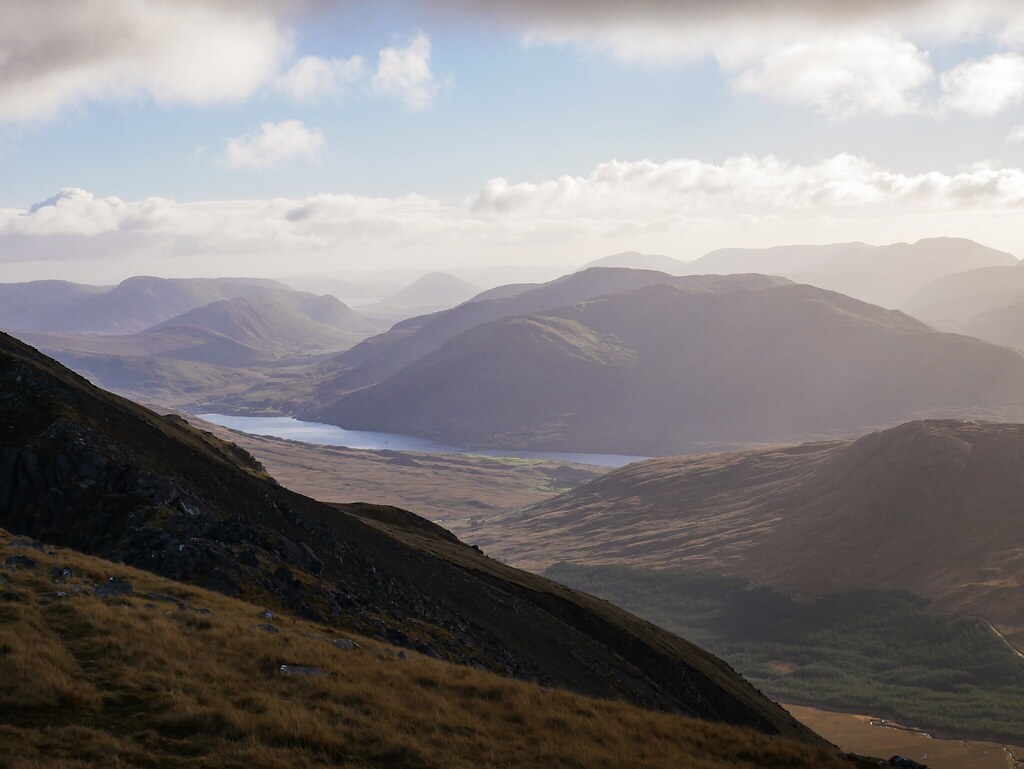 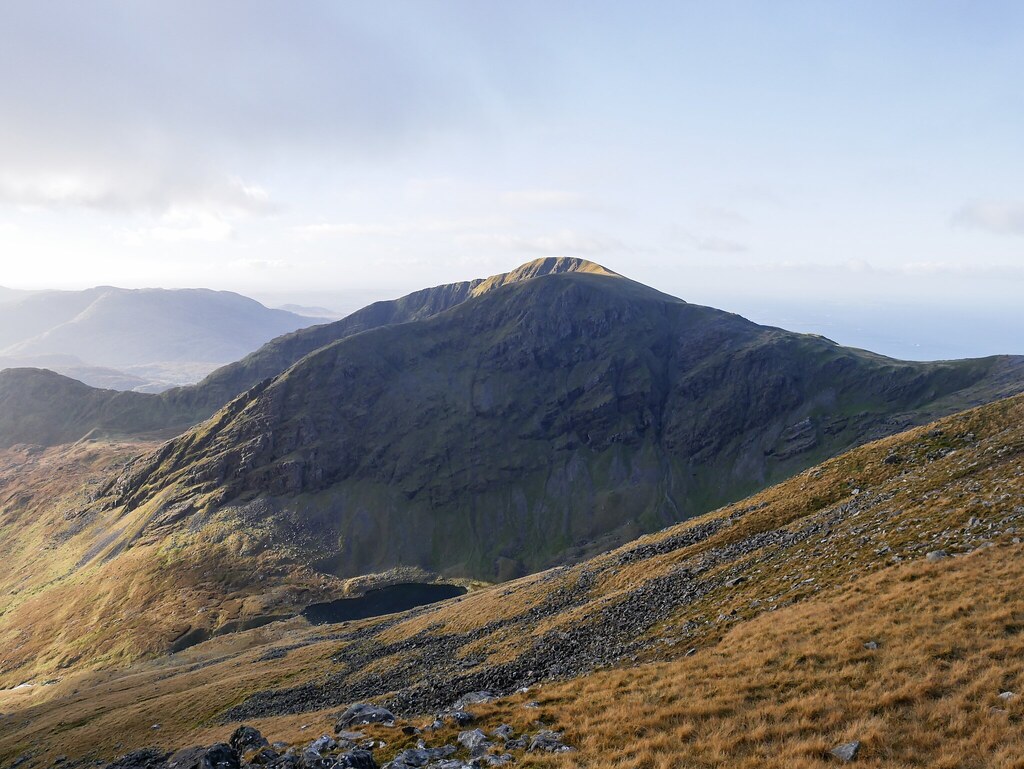 It was a really scenic route as we had the blue Doo Lough lake right below us and all the mountains were being kissed by the sun. It was a bit of a rough route but eventually we made it down to the main track, which wasn’t much of a track either. We passed a huge ram who was sprayed bright red. Apparently farmers also spray their belly’s so they can tell which ewes they’ve mated with as the paint will be imprinted on their backs. 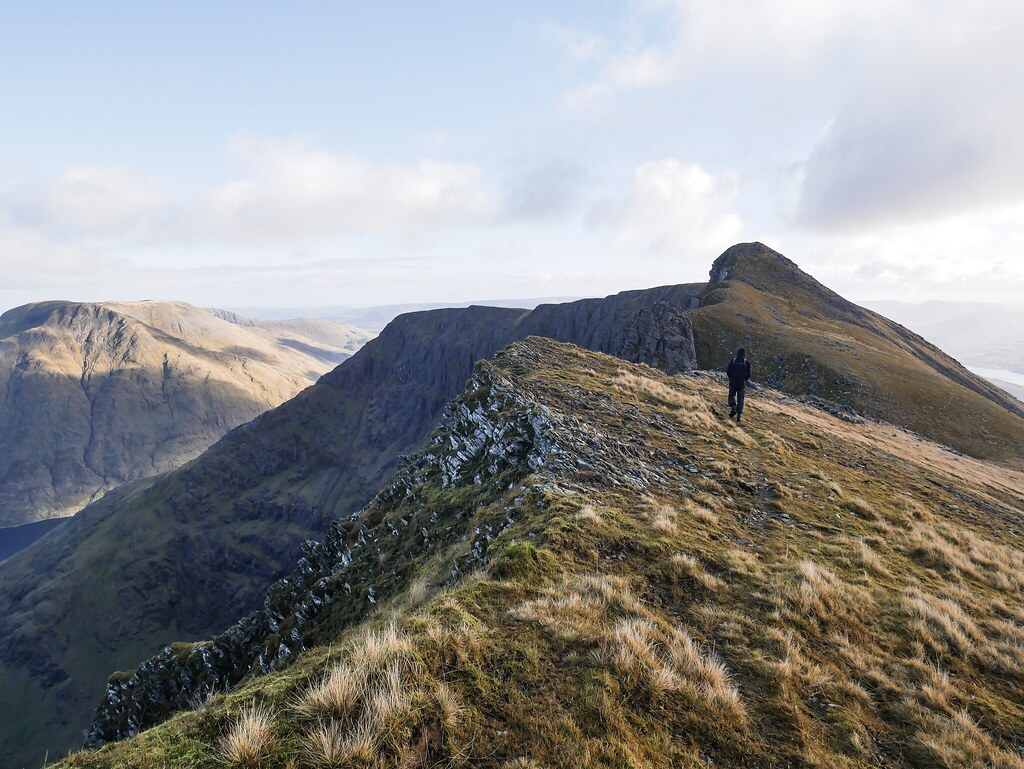 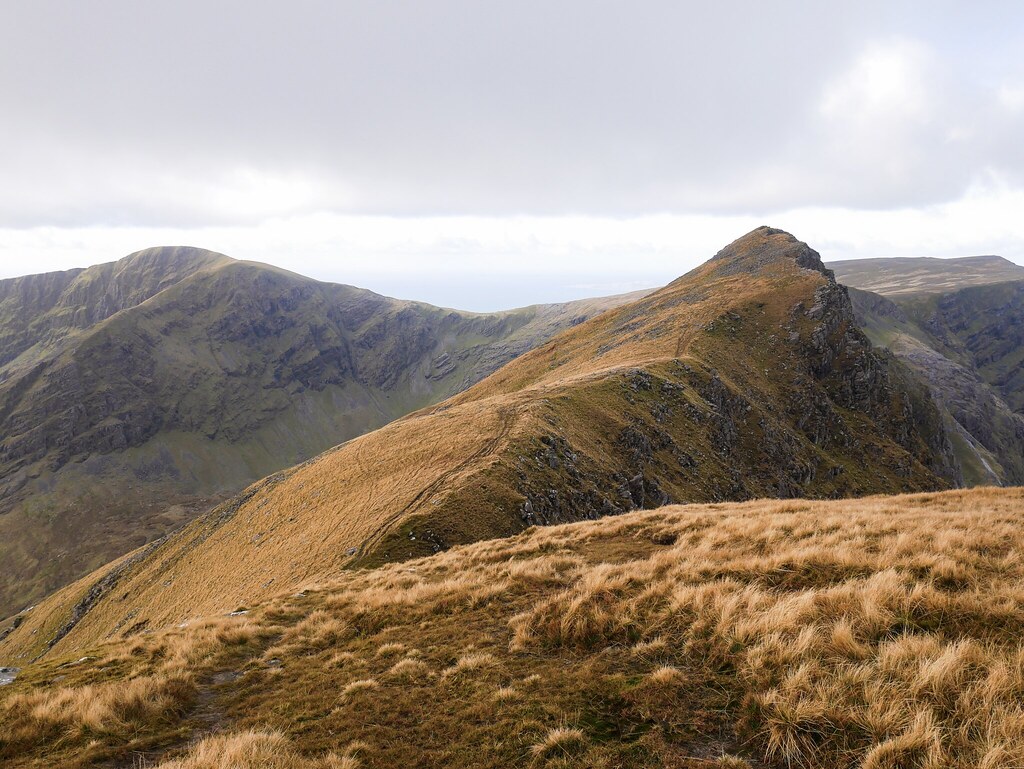 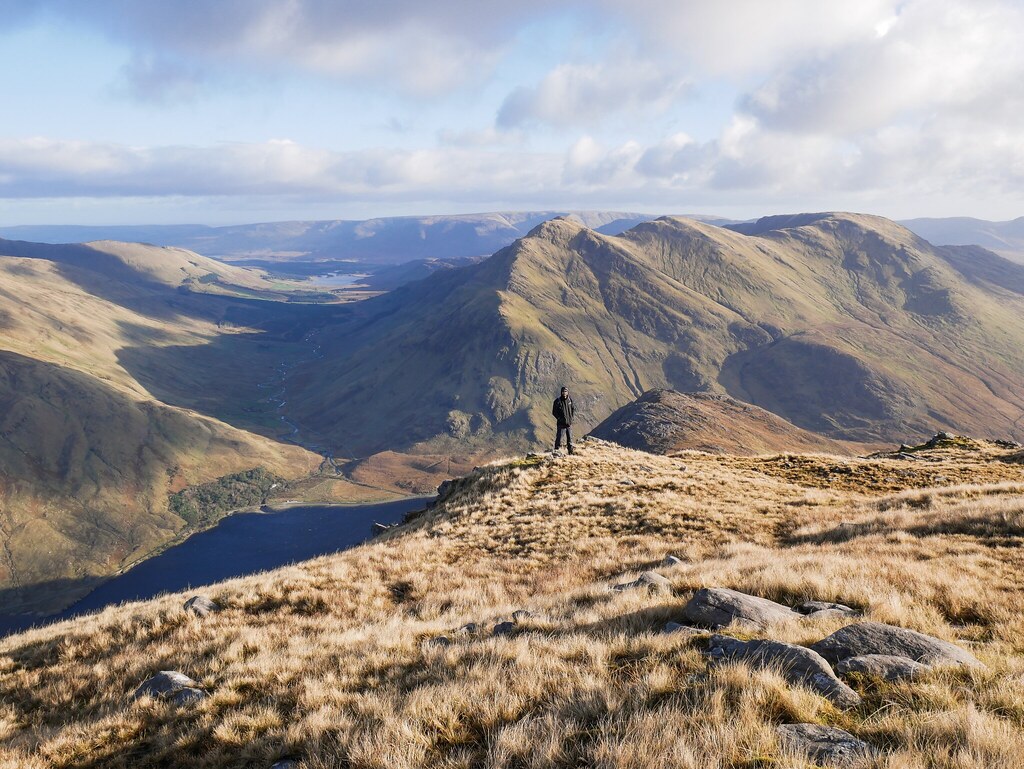 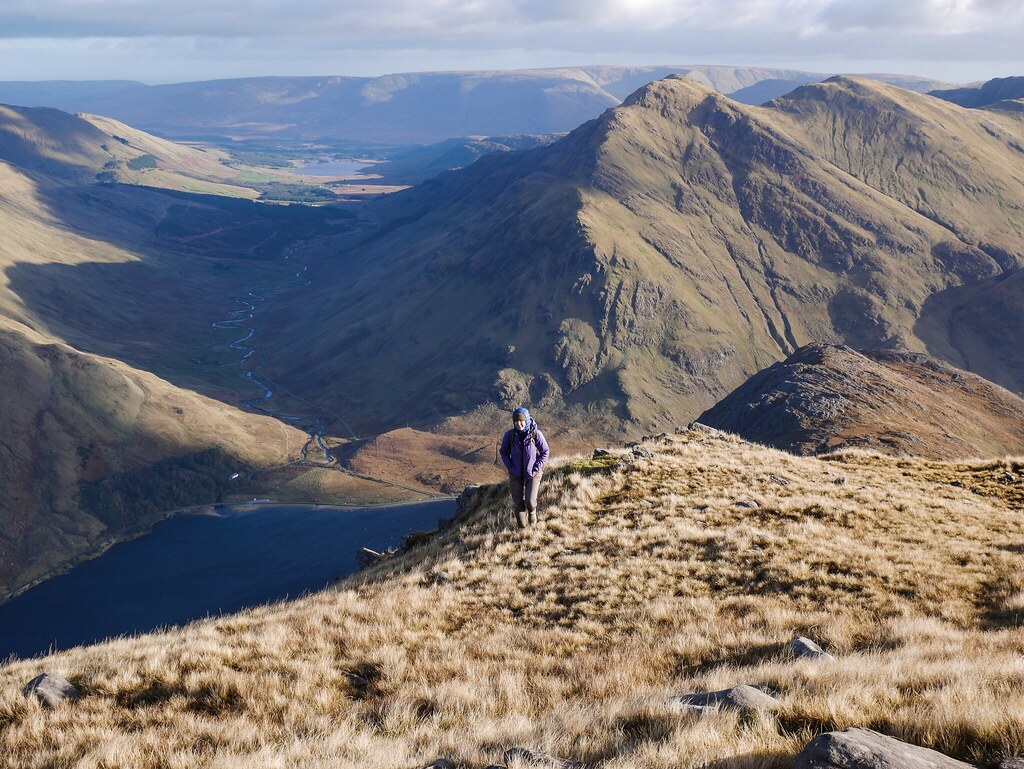 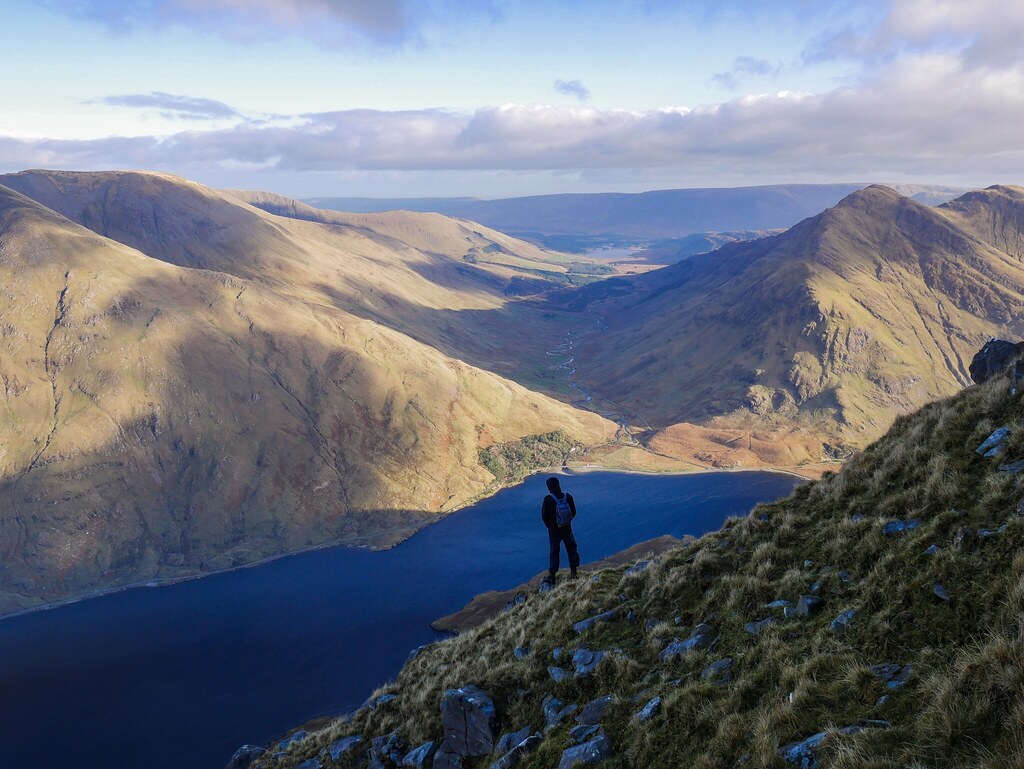 When we got back down to the shores of the lake we decided it would be a good idea to go for a swim as the lake had such a nice access area with tiny pebbles. It was cold but so much nicer than the sea swim we did yesterday as we weren’t all salty afterwards. We headed back to Helga and finished the day with a hot chocolate and a home cooked meal. 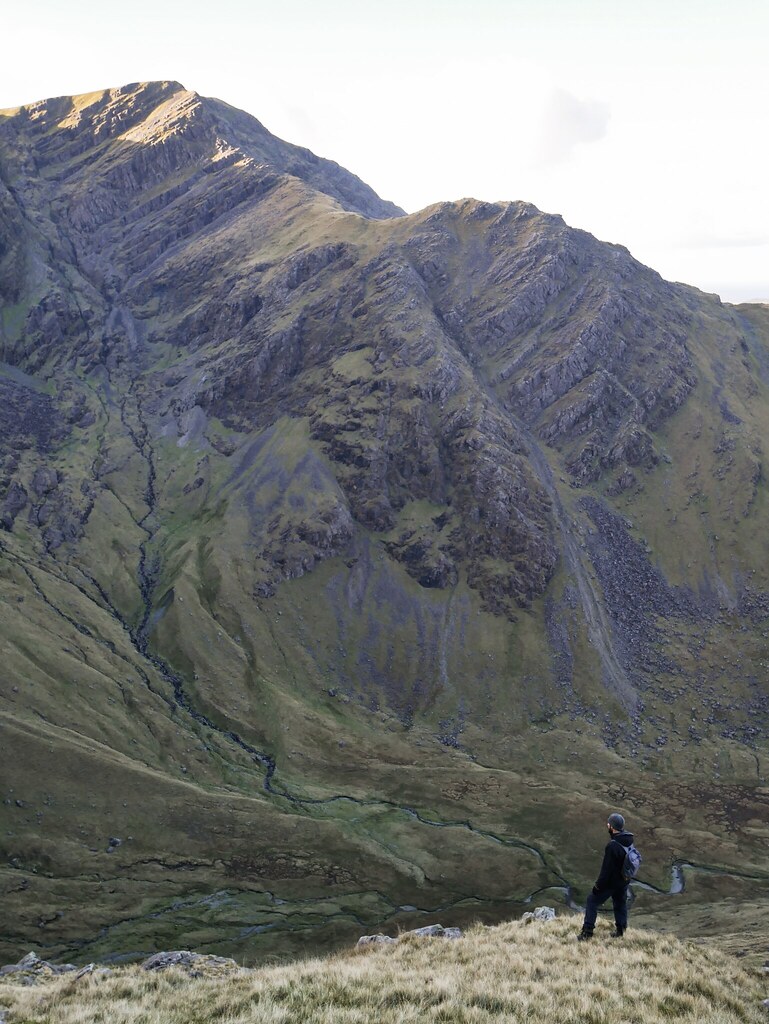 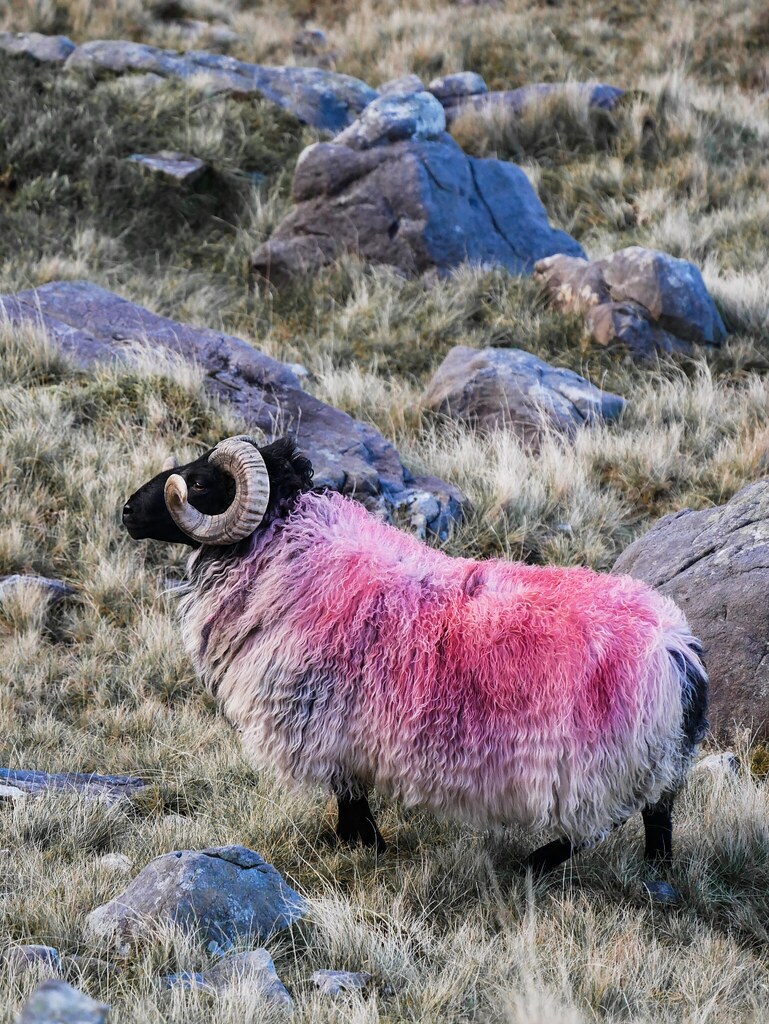 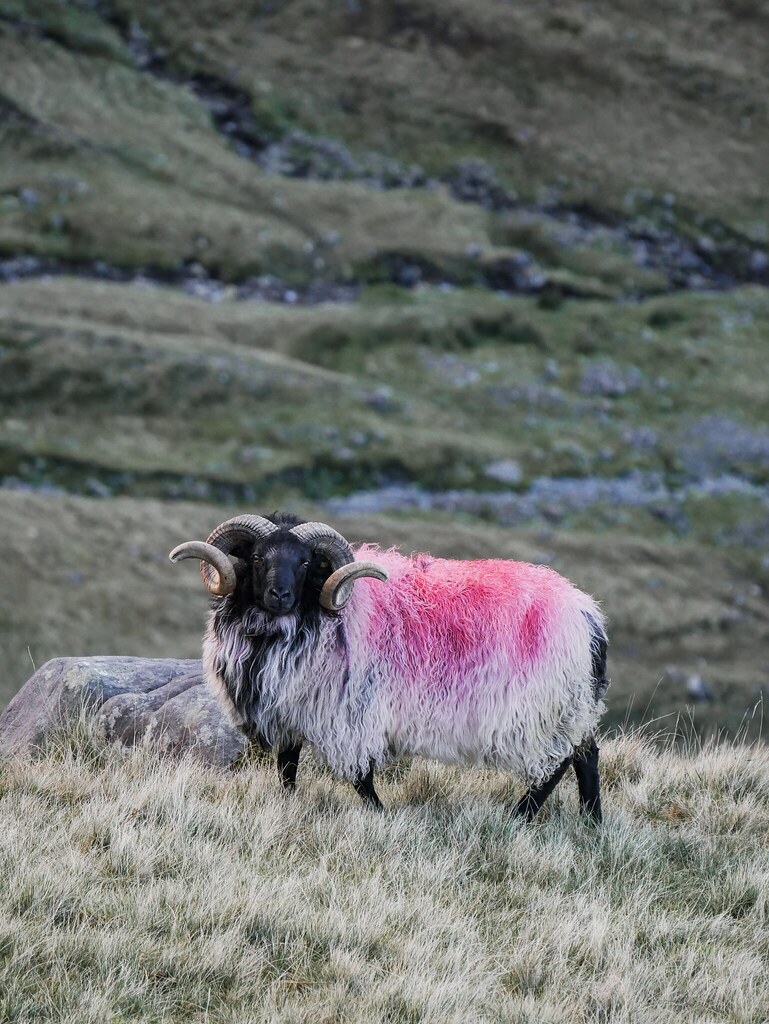 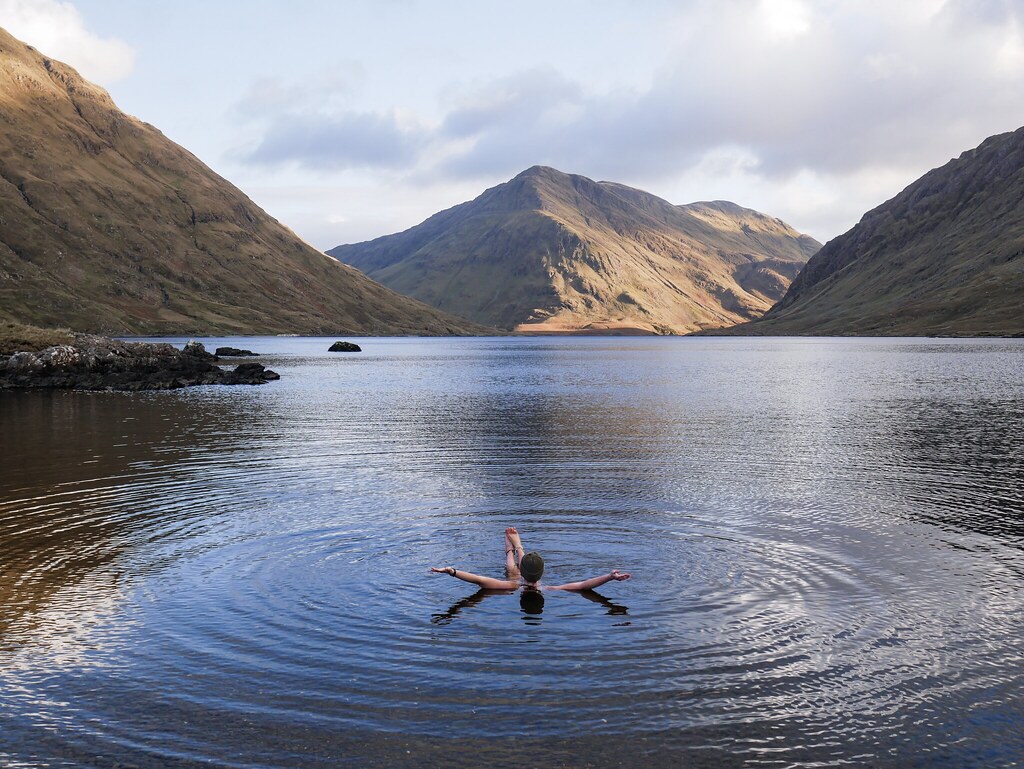 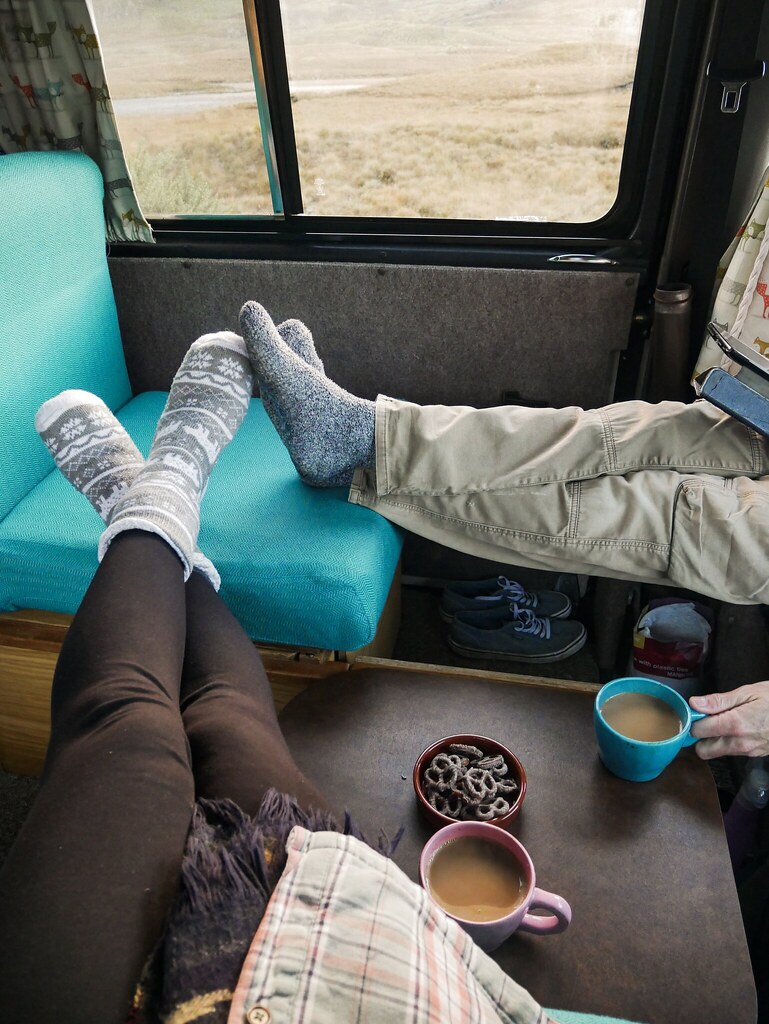