Shetland has the highest population of otters in Europe, and its one of the few places where they’re active during the day time. Seeing as we weren’t having much luck on the orca front (who appear to of vanished for our entire stay) we’re spending a lot of our time looking for otters.

We’ve learnt a lot about them already just from the experiences we’ve had so far. The key is to see them before they see us, otherwise they’ll vanish like a very professional magician. Apparently otters familiarise themselves with the outline of the coast, so if we’re standing up the otter would see us straight away. So we spent a lot of our time crawling along the floor in army style shuffles…through the piles of sheep shit that literally cover Shetland.

We spent a couple of days exploring a headland known to be a good otter habitat. Straight away we spotted tracks along a sandy beach so that was promising and it didn’t take us long to see the culprits. After some Rambo style crawling along the coast I peered over the cliff edge and had two otters look right up at me. Geez!! I didn’t expect to actually see them. Instead of vanishing they spent a while swimming and popping up to look in our direction. 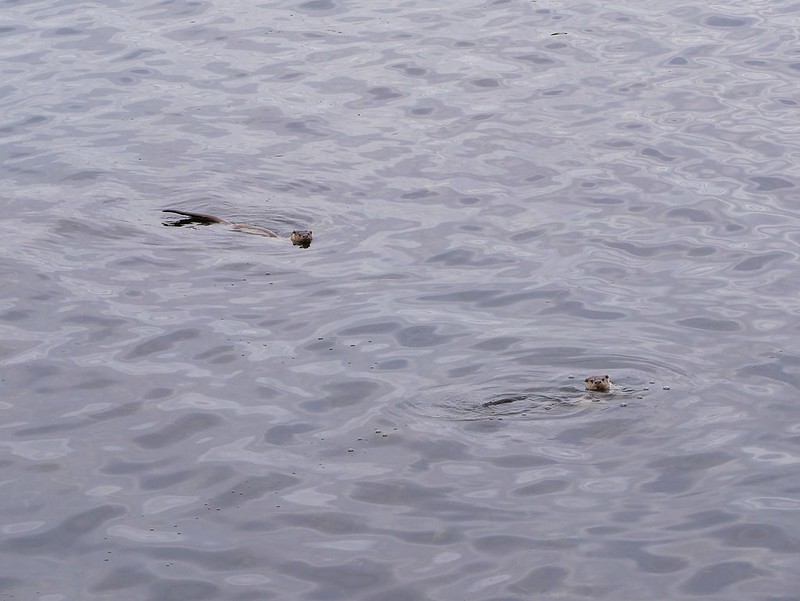 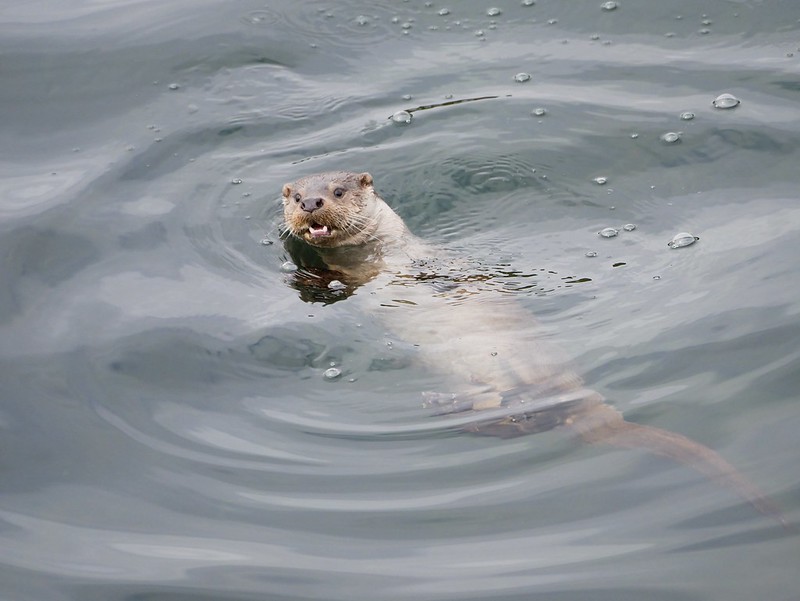 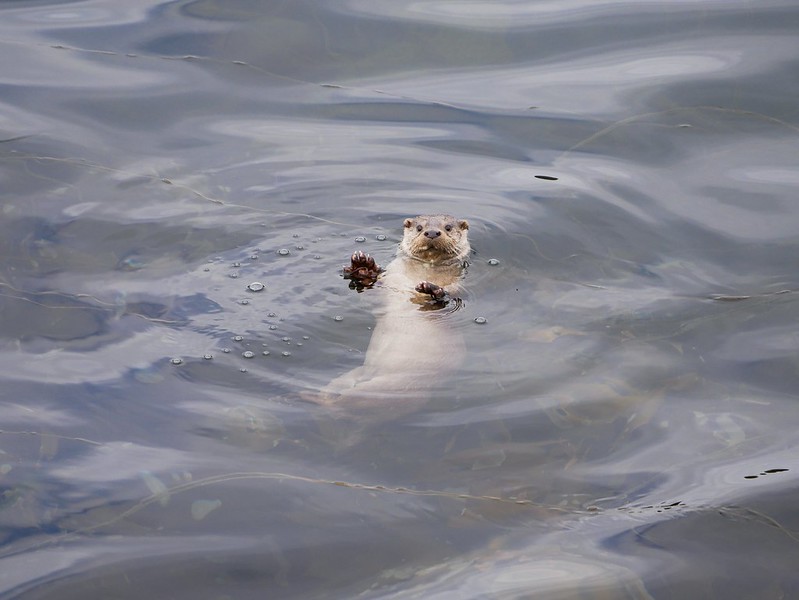 I don’t know if they knew we were humans, I guess sheep constantly make an appearance along the coast so maybe they were just trying to suss out what we were. We stayed dead still and eventually one headed off fishing and the other one crawled onto a seaweed covered rock. We couldn’t believe our eyes as we watched it for about thirty minutes, walking circles around the seaweed and laying down in different positions trying to get comfortable, just like a dog does. It was adorable to witness and we were so happy that our presence hadn’t scared them off and they were happy to sleep with us nearby. 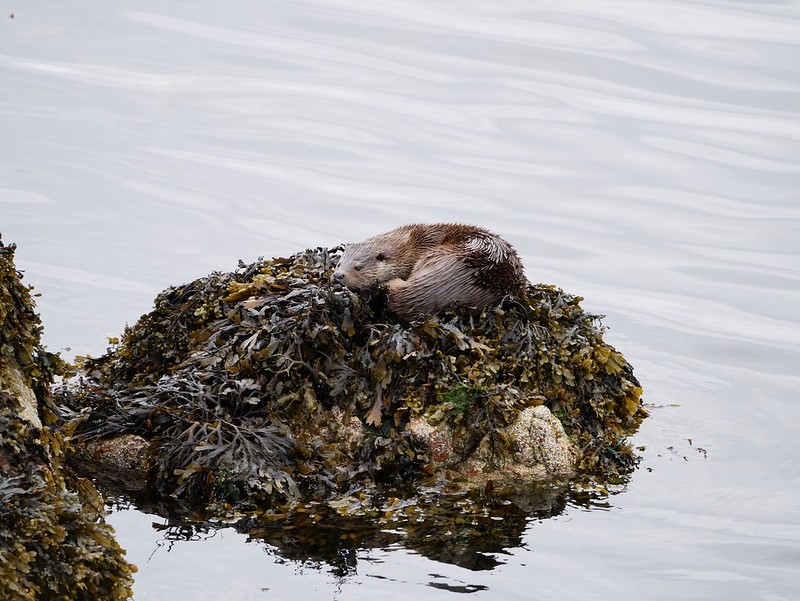 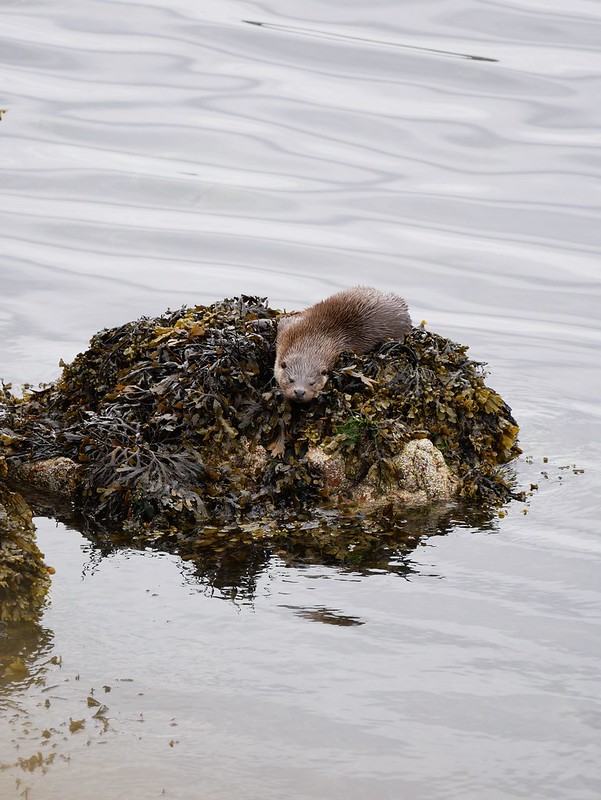 After playing the worlds longest game of musical statues (minus the music) the otter eventually left the rock and headed out to do some fishing. We took that as our sign to continue walking around the headland and after awhile we spotted what we thought was a bird in the water but it was in fact another otter. It was swimming to the shore with a catch in its mouth so we carefully tried to crawl down to get a better look. Then we spotted a second otter! Wahoo! 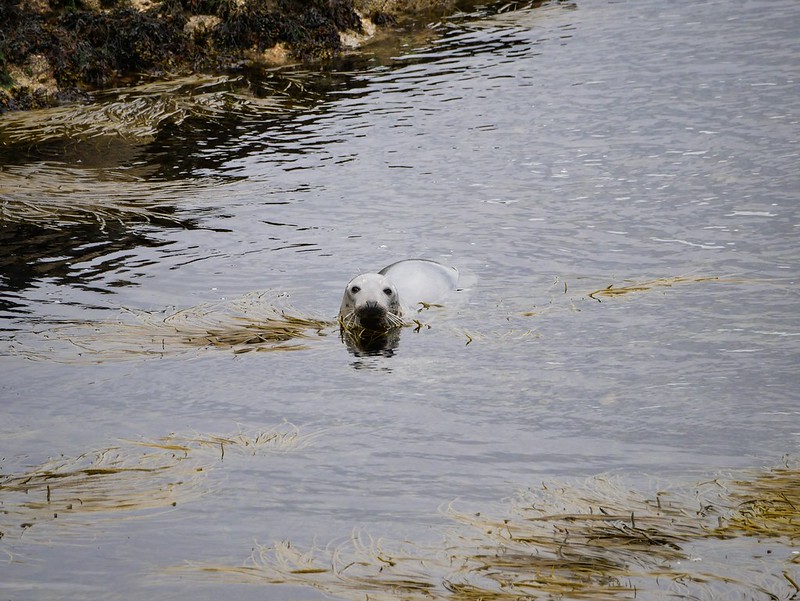 The angle was terrible as we were really trying to hide behind a rock and not disturb their meal so I didn’t get the best shots but one had just caught a huge red fish. After wrangling with it in the shallows it eventually pulled the catch onto a rock and devoured it. It was a mum and cub but I have no idea how old the cub was because they were both the same size so we actually had no idea who was who. 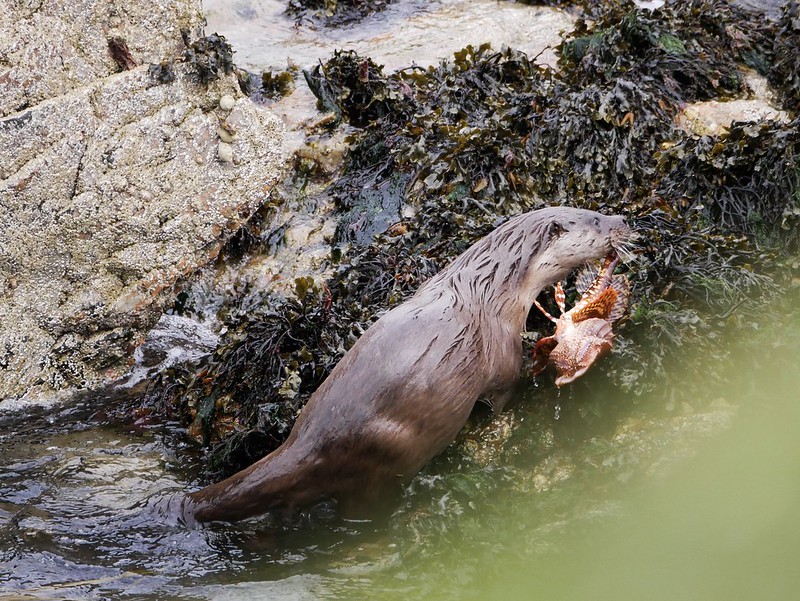 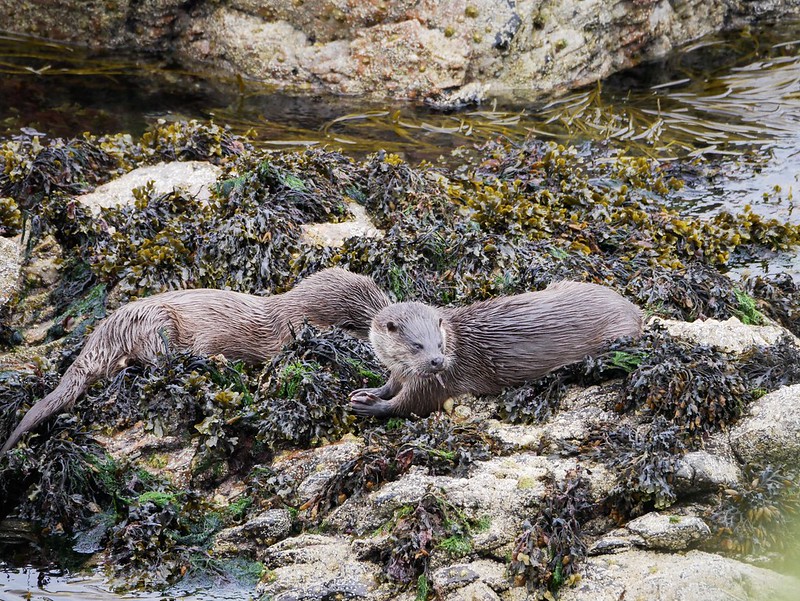 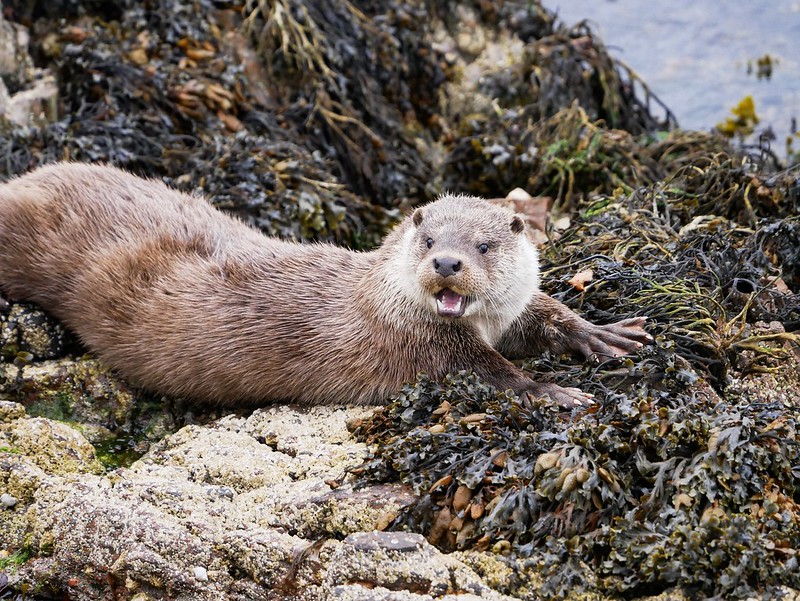 After they finished eating they were clearly feeling a little full so they started napping on the seaweed. Gradually we managed to get closer to them so I had a better angle for photography. They were absolutely adorable to watch, one resting it’s head atop the other and snuggling into its fur. Just like the last otter we witnessed napping, they spent more time jostling about trying to find the perfect spot than they did actually sleeping. It was such a lovely experience watching them and after a while they did a few yawns and stretches before they headed back out to fish. 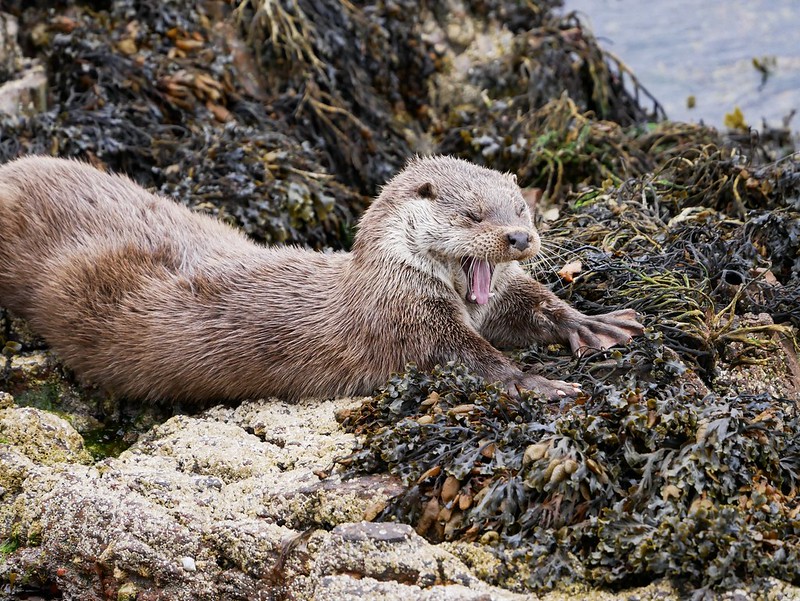 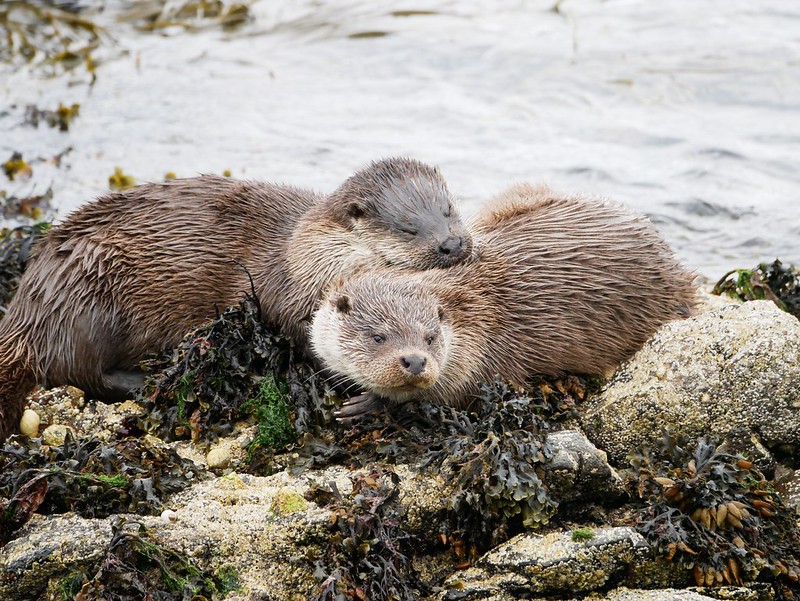 We left them be and further down the coast we found a very obvious holt which is the otters home. Some have multiple locations while others stick to the same house, which can be a hole dug out the grassy ground (like a rabbit warren) or a gap between rocks. This area looked like a rabbit warren but the holes were bigger and there were huge piles of otter poo. 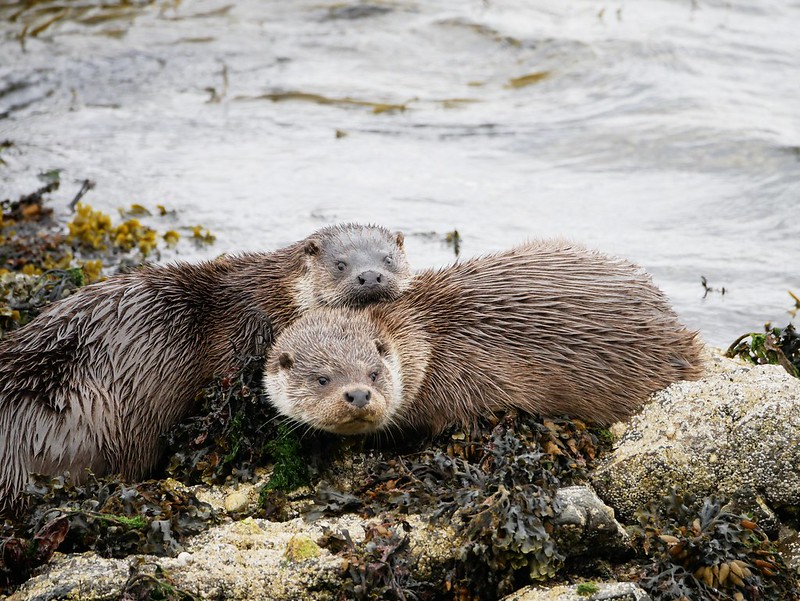 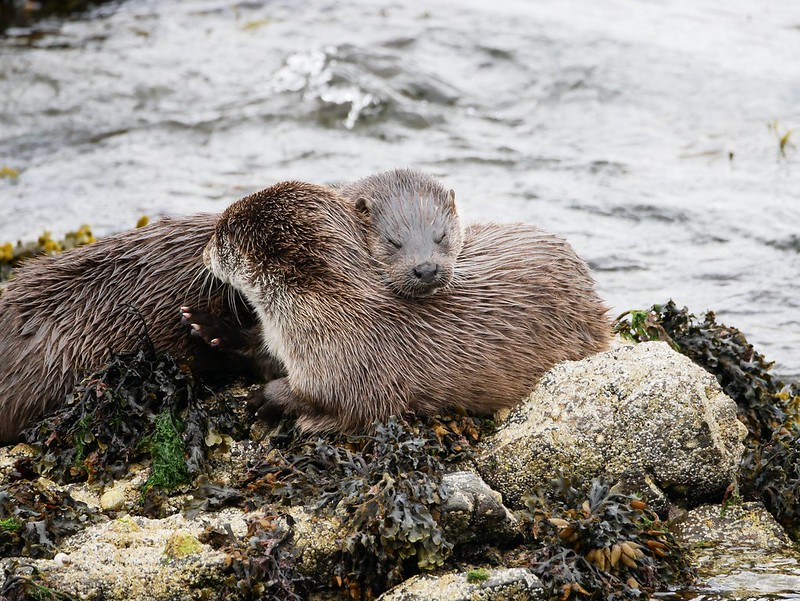 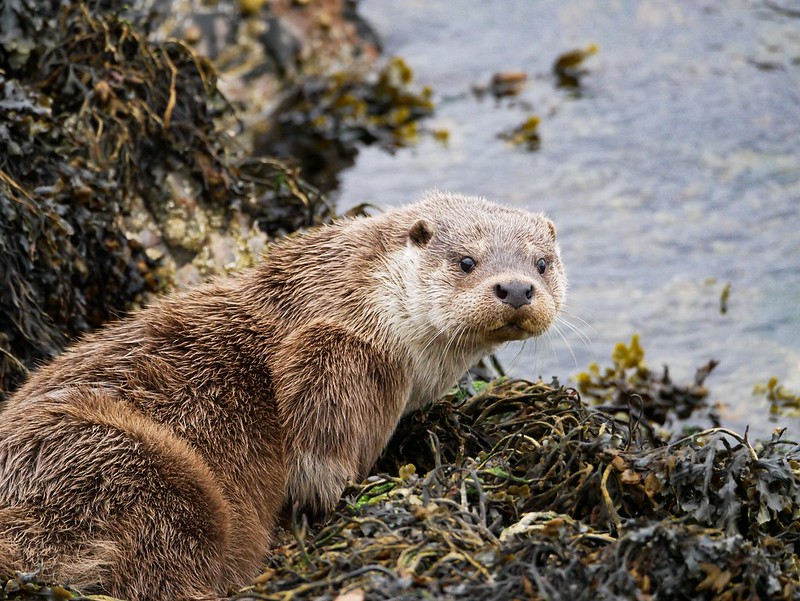 After about 7 hours hiking and otter watching we made our way back to Helga. We were absolutely wiped out, the terrain was tiring and focusing my eyes with my camera and binoculars all day gave me a whopping headache. 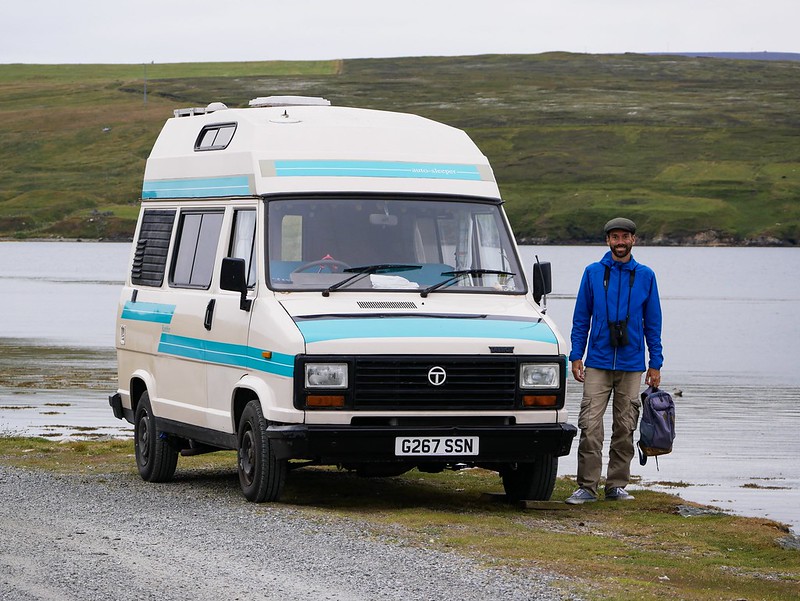 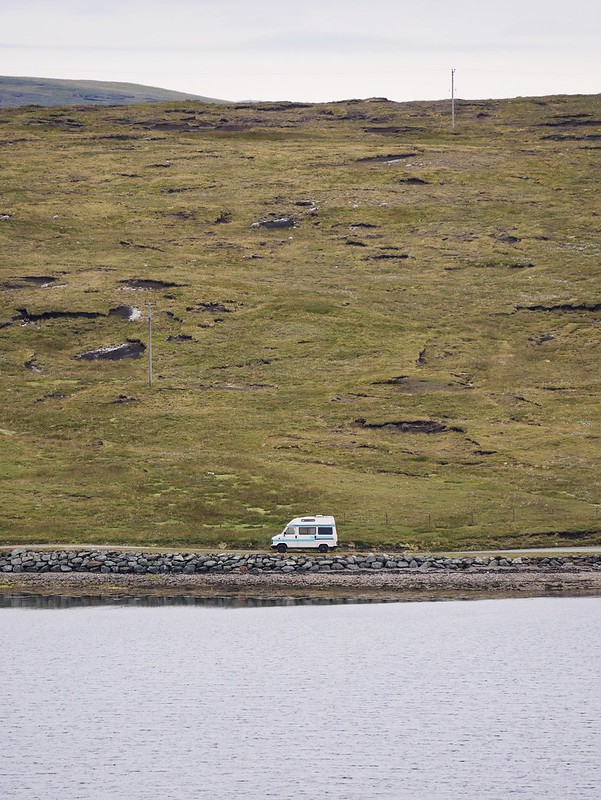 The following day we couldn’t resist another chance at seeing more otters so we walked to the headland again, this time going anti-clockwise. A lone otter passed us, swimming the opposite way on a very fast mission so we realised we’d never be able to catch up with him. So we continued along and managed to spot a mum and cub playing in the seaweed. After a bit of rolling on their backs they settled down for a nap, snuggling up together. 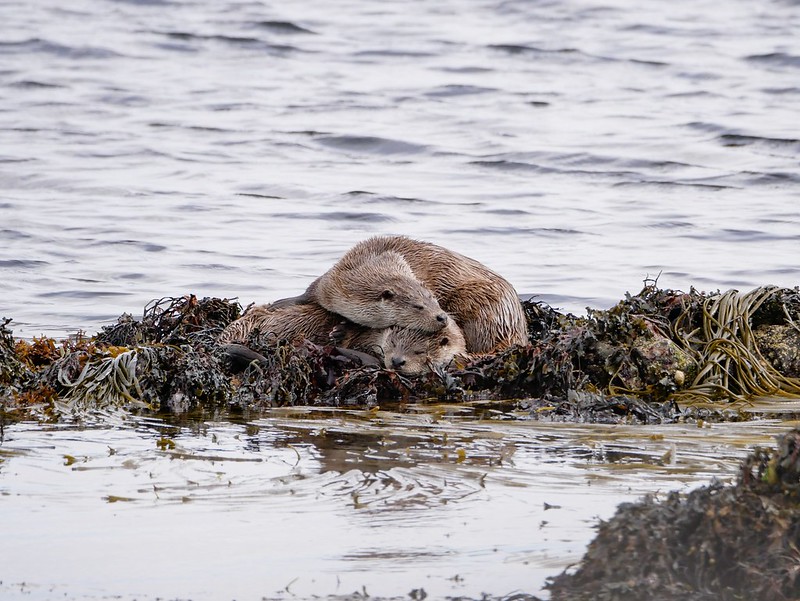 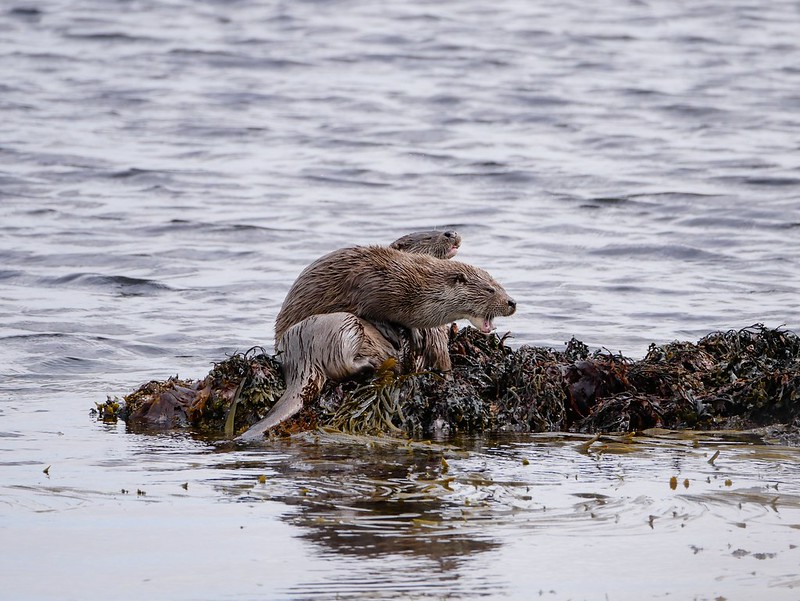 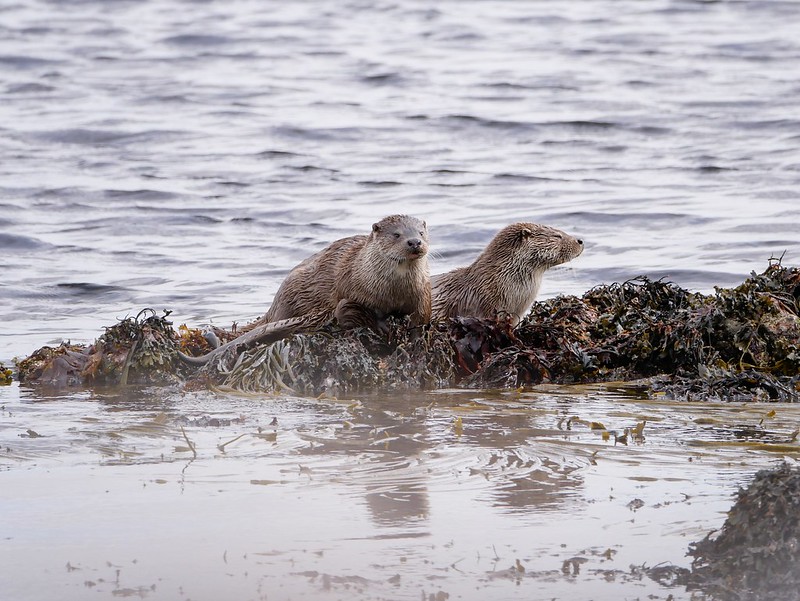 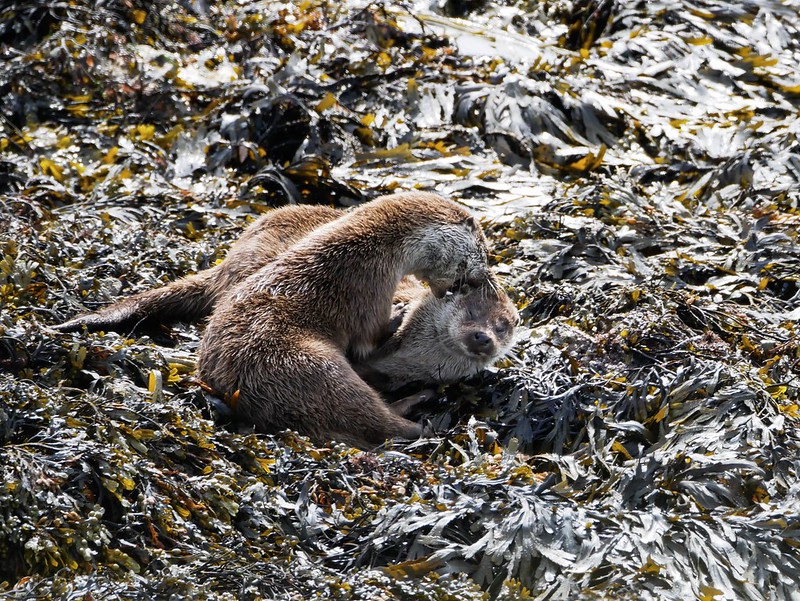 Further round the headland we saw two more otters, going the opposite way to us again, dammit. This meant we had to do a lot of backtracking but eventually we got to a couple of good locations to witness them when they came to shore to eat. It was another action packed day, somehow more tiring than hiking up a steep mountain, but we were so happy with what we witnessed. 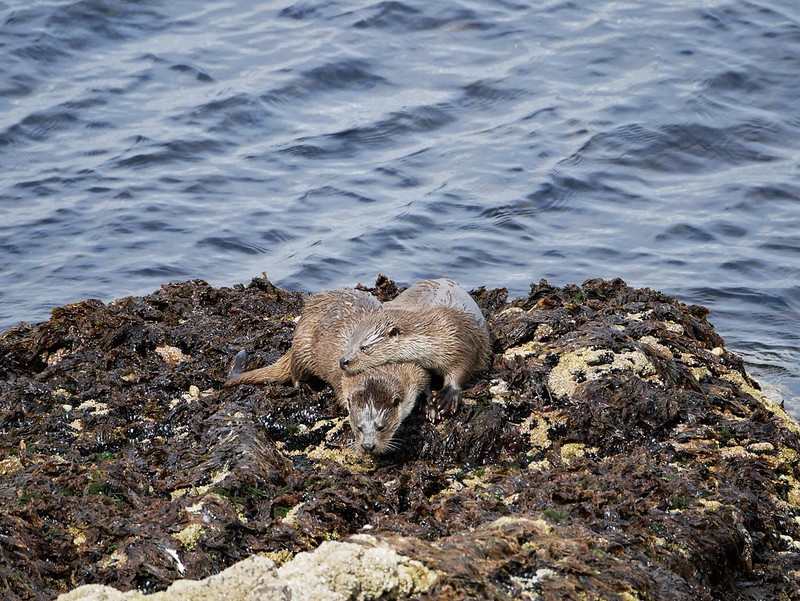 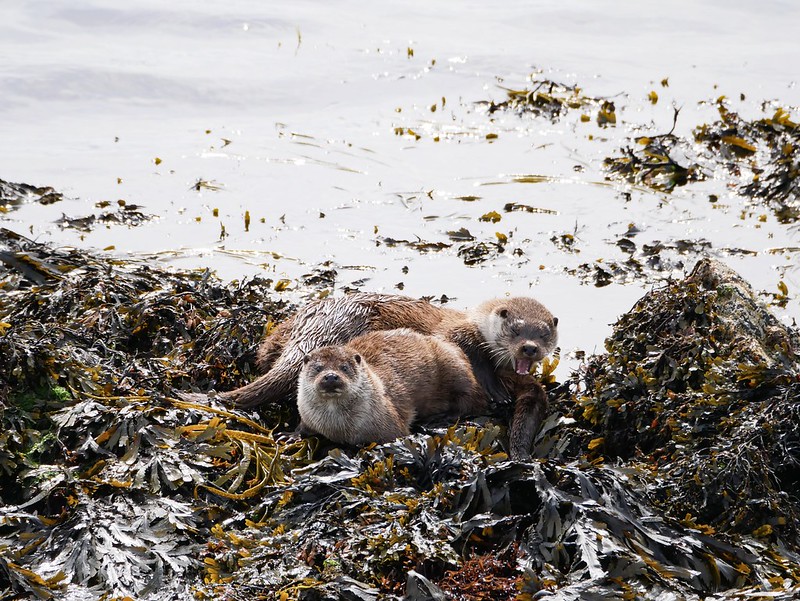