It was our first time visiting Anglesey so we didn’t know what to expect. We headed to the west side of the rather flat island first to explore Ynys Llanddwyn and the Newborough Forest. The parking fee was so expensive so we did some research and found a free carpark that involved walking an extra 2.8km each way and we managed to get the last spot! 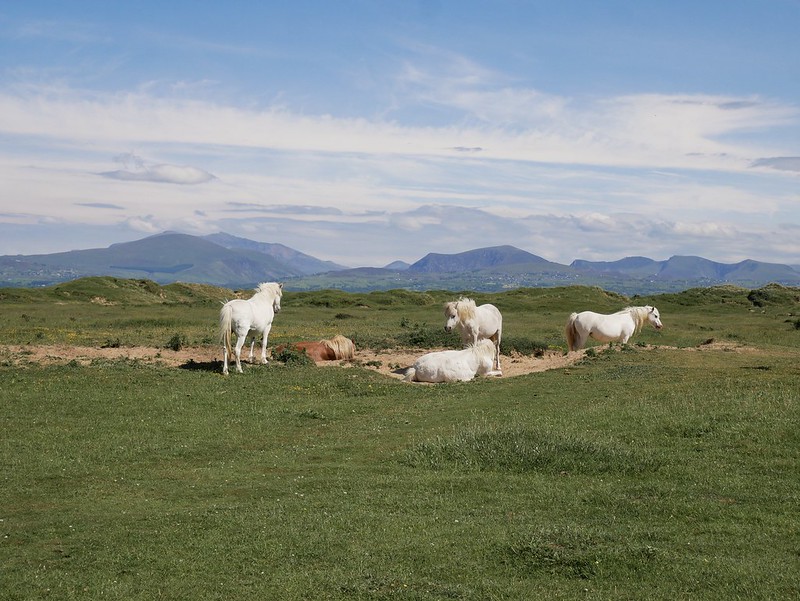 It was a pleasant walk, nice and flat with a forest on one side and wild meadows with horses and a view of Snowdonia’s mountains on the other side. It almost looked like somewhere in North America, a ranch in Colorado with mountains on the horizon. The beach was beautiful with white sand and clear sea in a protected bay with the mountains as a backdrop. The back of the beach was filled with forest so it had a really wild feel about it, totally undeveloped and how every beach should be. A walk along the beach led us onto Ynys Llanddwyn, an island which you can walk to at low tide. 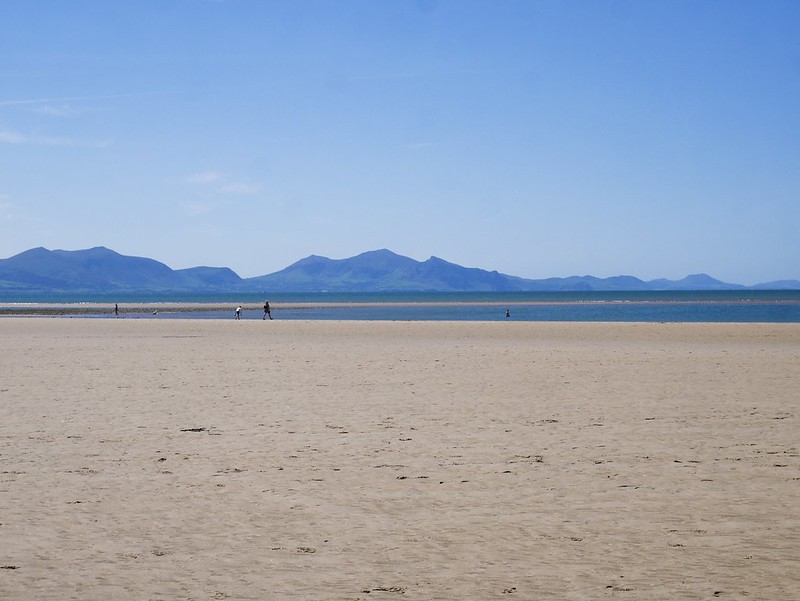 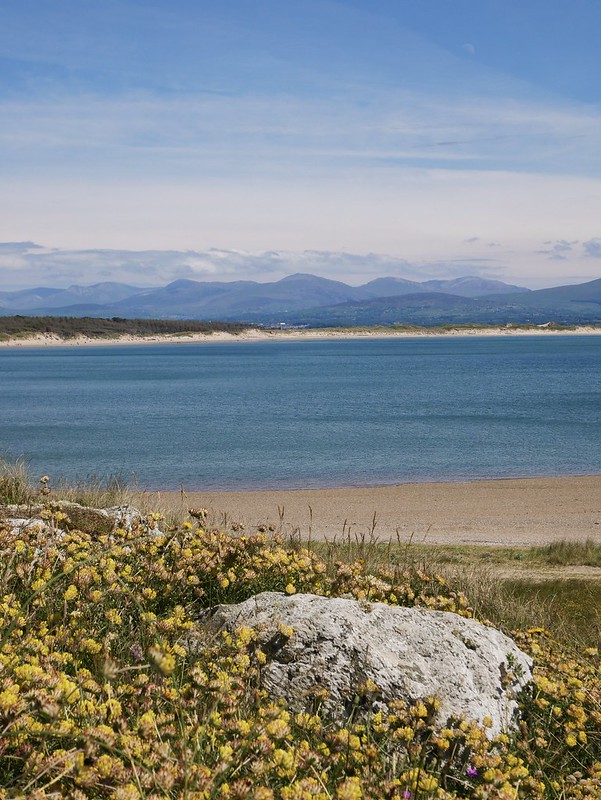 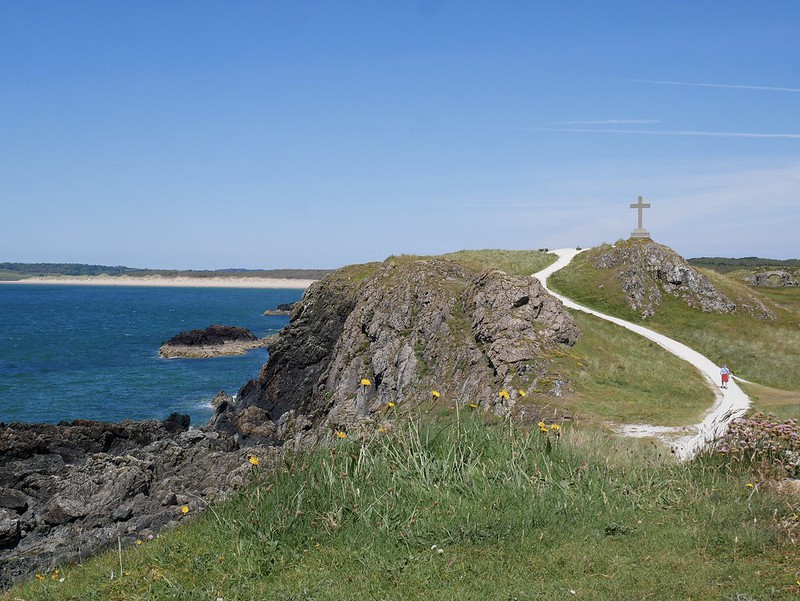 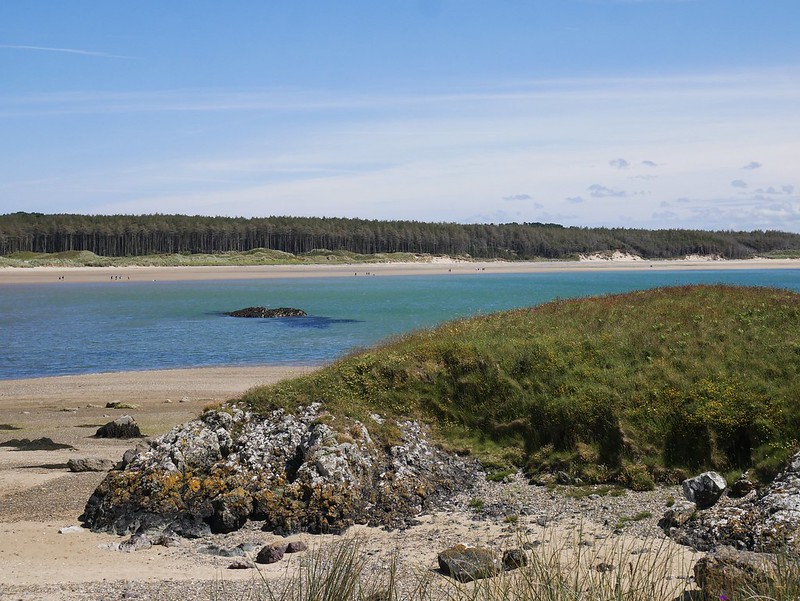 I didn’t know what to expect really but I was really wowed by this place. The islands shoreline was dotted with dozens of tiny beaches and coves. The sea was crystal clear and looked more like the Mediterranean than Wales. We got a fab view of the lighthouse on the end of the island with an idyllic beach below it and we decided that it was the perfect spot to have lunch. It was a bit of a breezy day but we found a sheltered spot between some old volcanic rocks (volcanos in Wales – who’d of thought it ay?) and it was the perfect sunbathing temperature. The beach was rather big yet there were just two other couples lounging on it and they were far away from us. Such bliss to sit on a beach and not hear other people, no screaming kids, no talking, no music, just the waves gently lapping the shoreline. 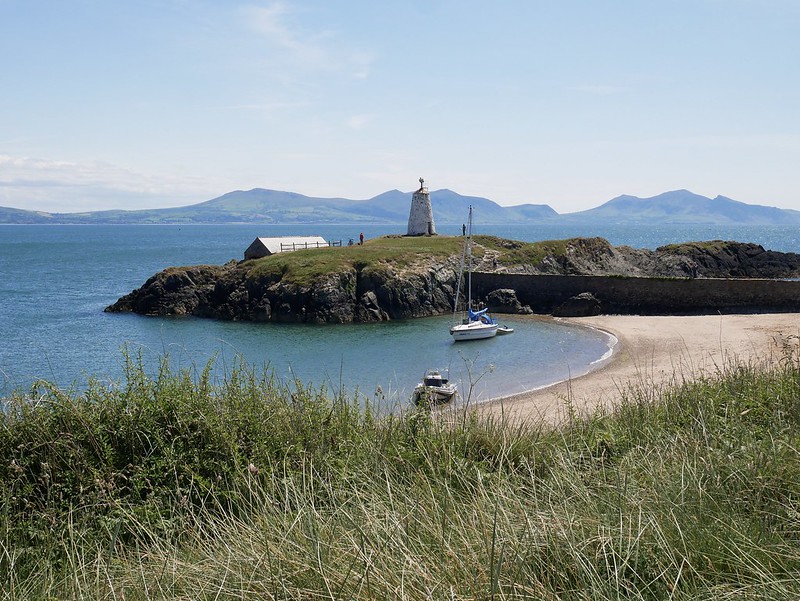 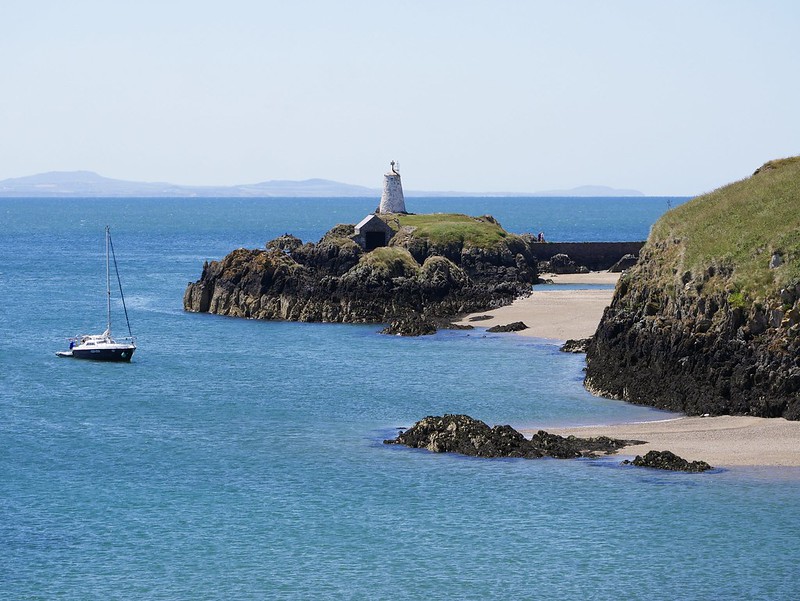 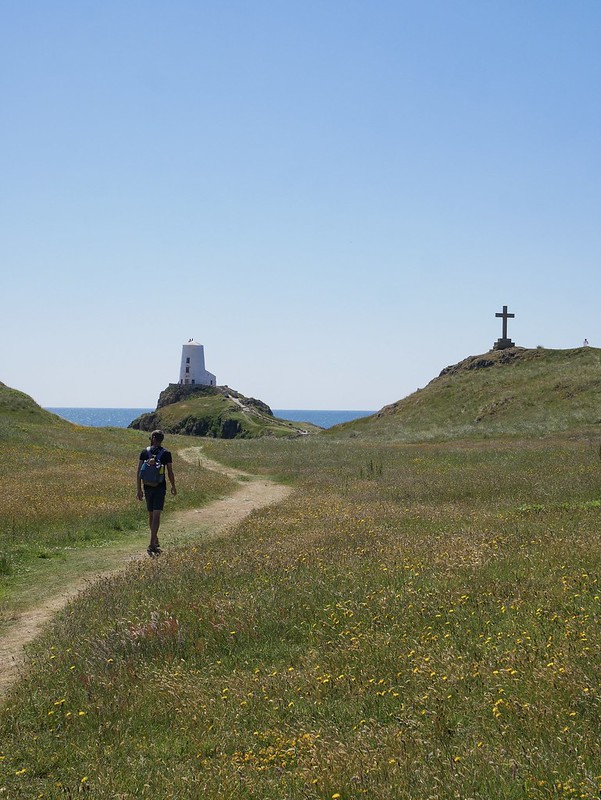 There was an island straight ahead of us where two people were snorkelling and a couple of sailing boats were moored up in the calm bay. I think it’s safe to say it’s one of my favourite beaches, the mountain view really made it a memorable spot. We eventually plucked up the courage to leave our little slice of paradise and continue our walk around the island. There’s a lot of history on the island as it has connection to a Welsh saint who was a 5th century princess. She fell in love with a man but her father had already arranged for her to marry someone else, so she prayed to remain unmarried forever and ended up living in this island as a recluse until she died. She had a church on the island which became a shrine in the Middle Ages so now the island had a few historic buildings and relics dotted along the grassy land. 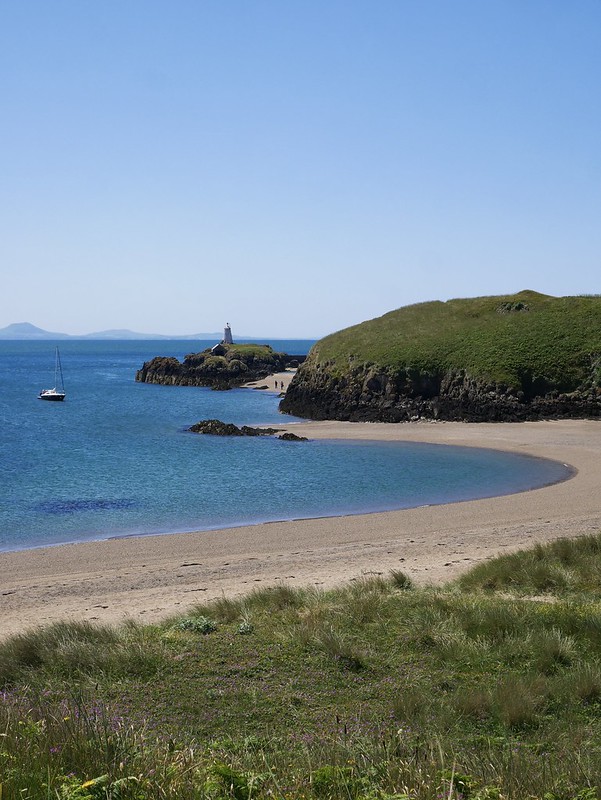 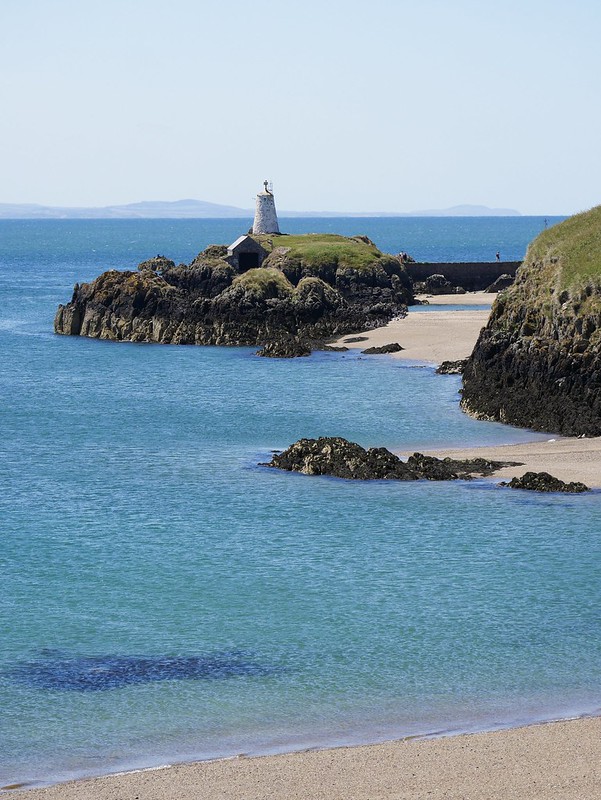 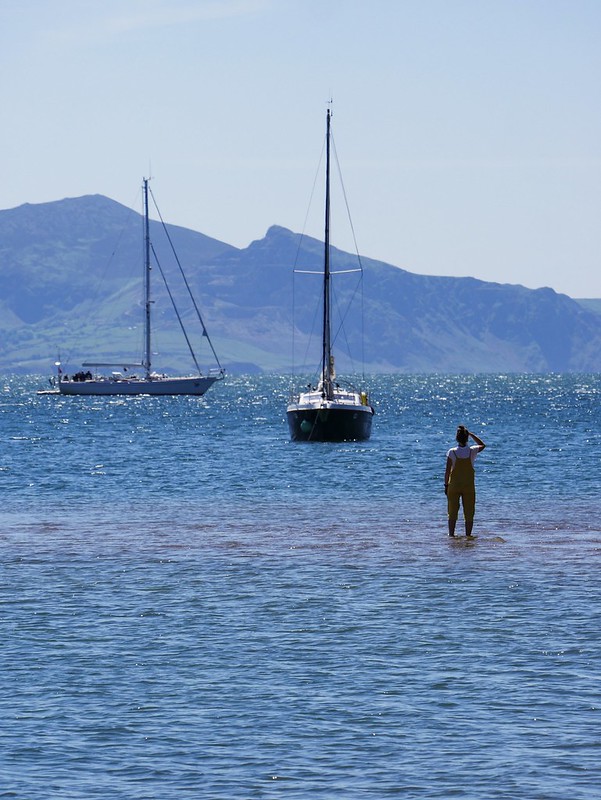 I lost count of how many perfect little beaches there were on all sides of the island. After a few hours exploring we were back on the main beach where I bought an ice cream from the little van because I felt I deserved a treat after walking almost 6km extra to get free parking. 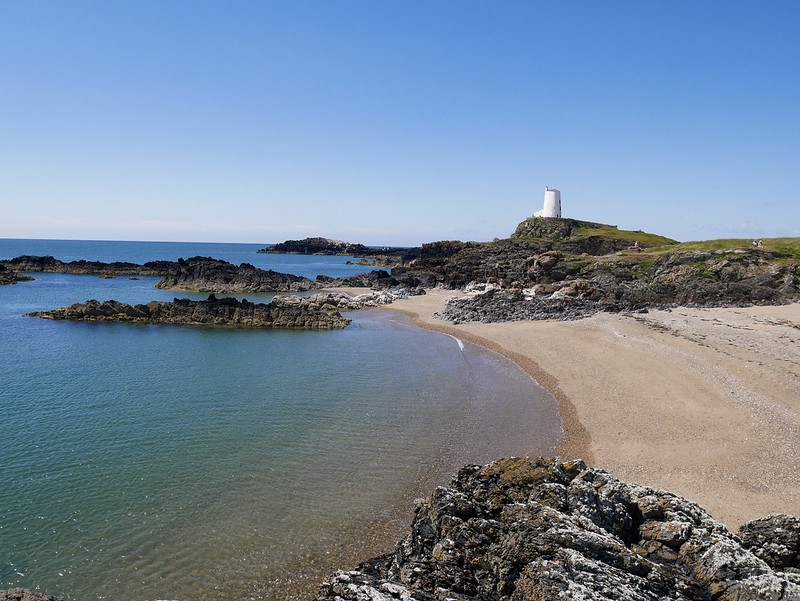 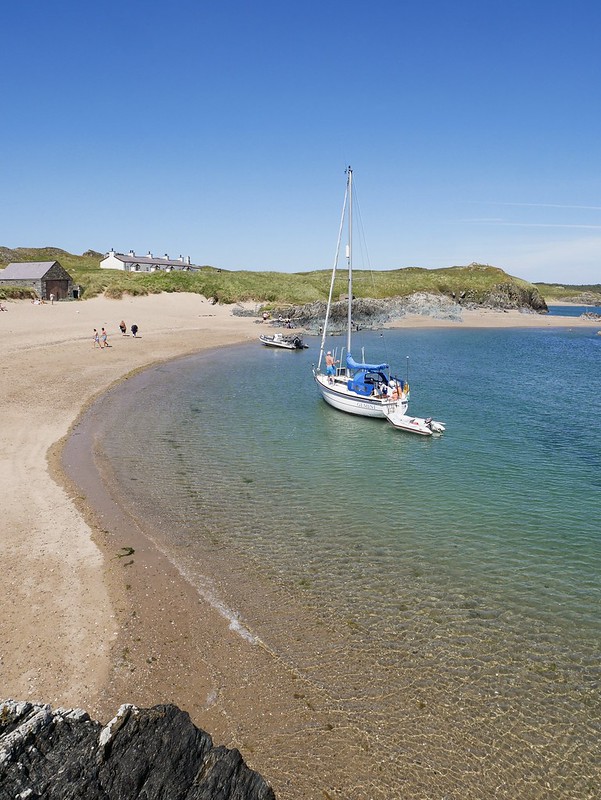 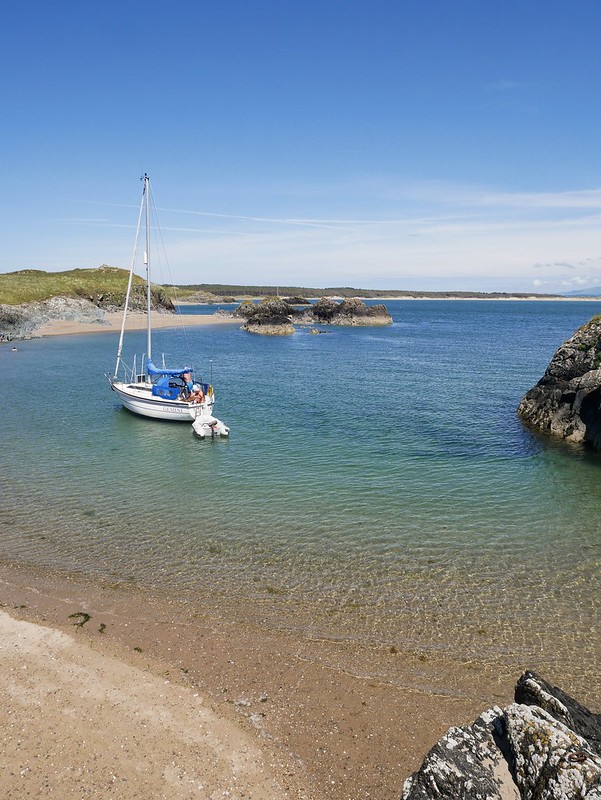 The following morning we continued driving north west around Anglesey, doing a brief stop in some woods to try and spot the rare red squirrel that live in this forest. Luckily a couple of photographers were already there so gave us a nice clue as to where the squirrel was. The little thing was enjoying a morning feast of seeds and nuts which the park staff had put in a bird feeder. I really wanted a photo without the feeder in the shot but I only had one opportunity when the squirrel ran down the tree but at such a speed it was more of a blur in my camera. 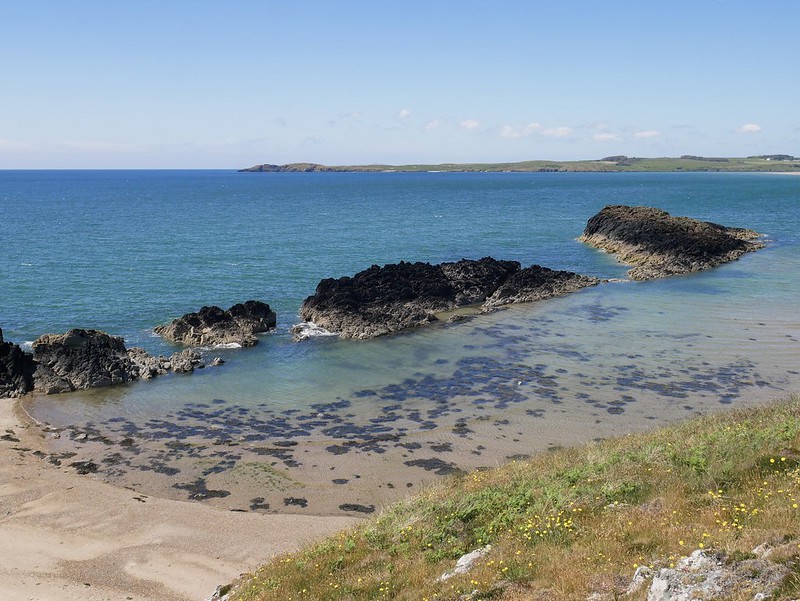 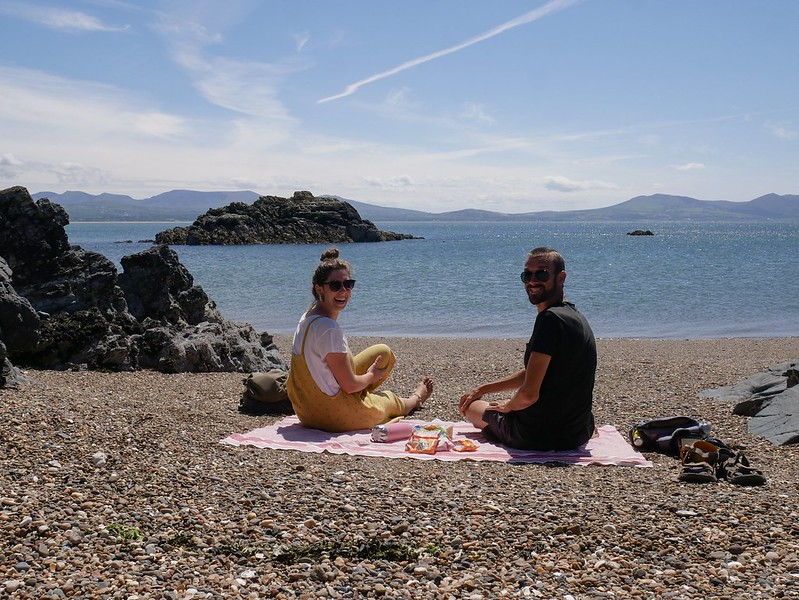 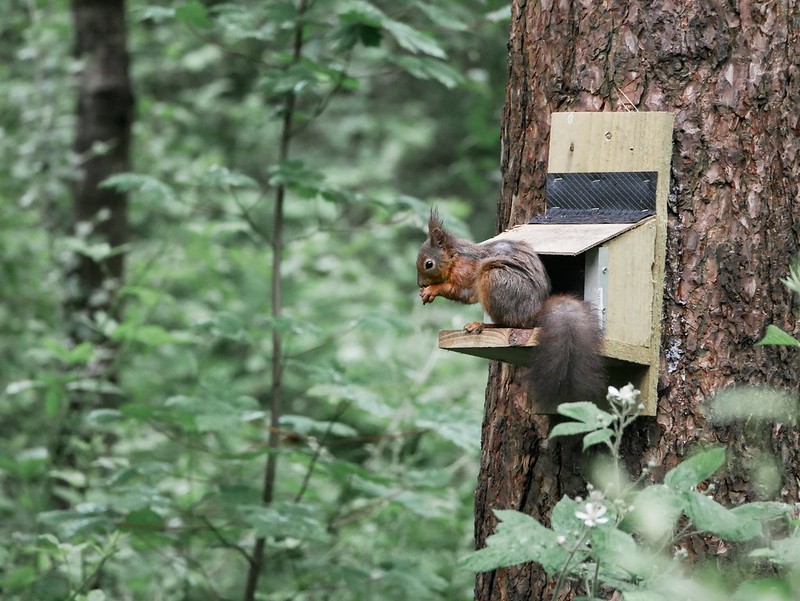 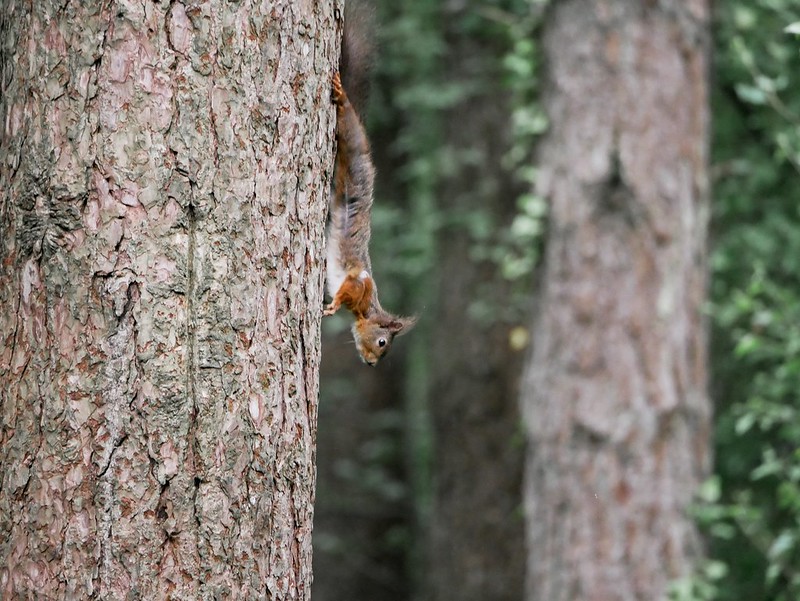