We left the Pembrokeshire coast and headed inland to the Preseli Hills. It had been grey and drizzly all day and clouds were coating the tops of the hills like icing sugar on a cake. It seemed impossible but the clouds started turning pink and we realised we could be in for a cracking sunset. We wasted no time and began sprinting up the hill for a view. Ahead of us the sky looked like a layered cocktail with orange juice on the bottom and cranberry resting on top. The grass was soaking wet from the rain all day so our sandals were drenched but we had to keep going up the hill until we finally got a view. The sun was just about to go below the horizon and to our surprise there was a layer of clouds resting in the valley below us. It was incredible. One of the best sunsets we’ve seen actually. 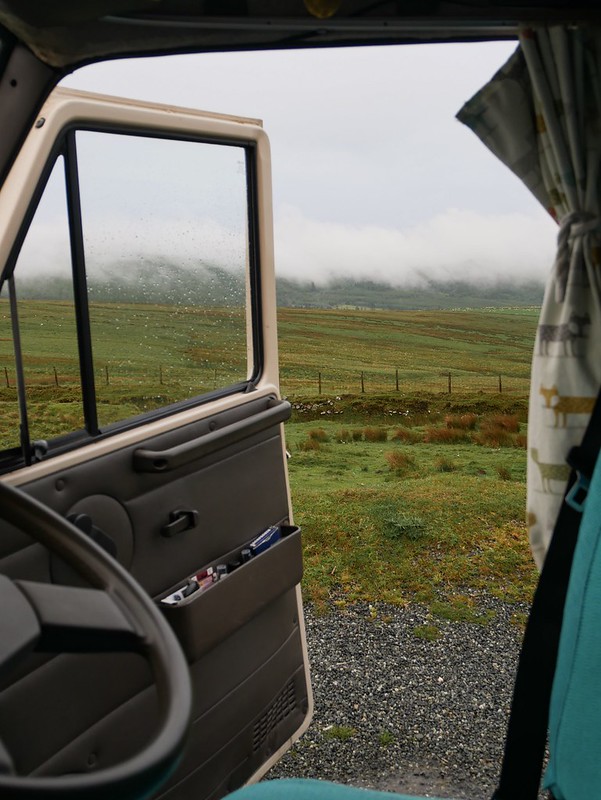 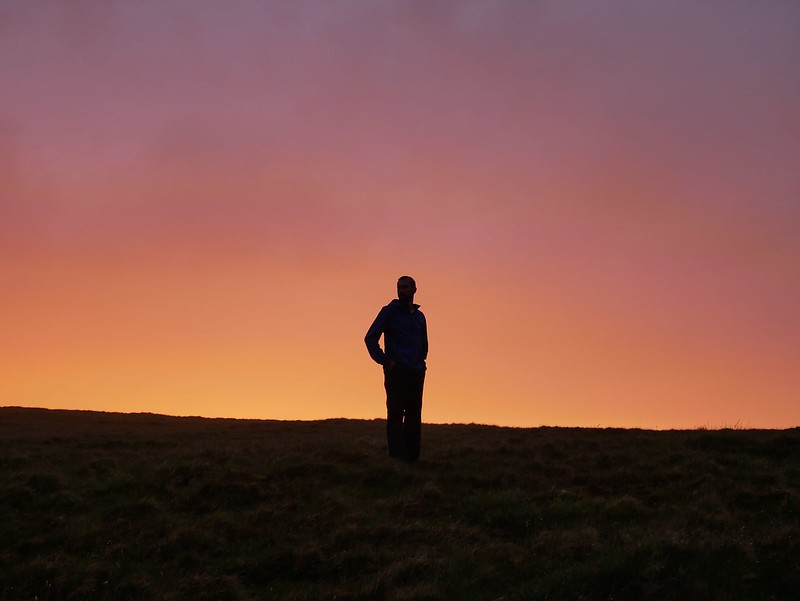 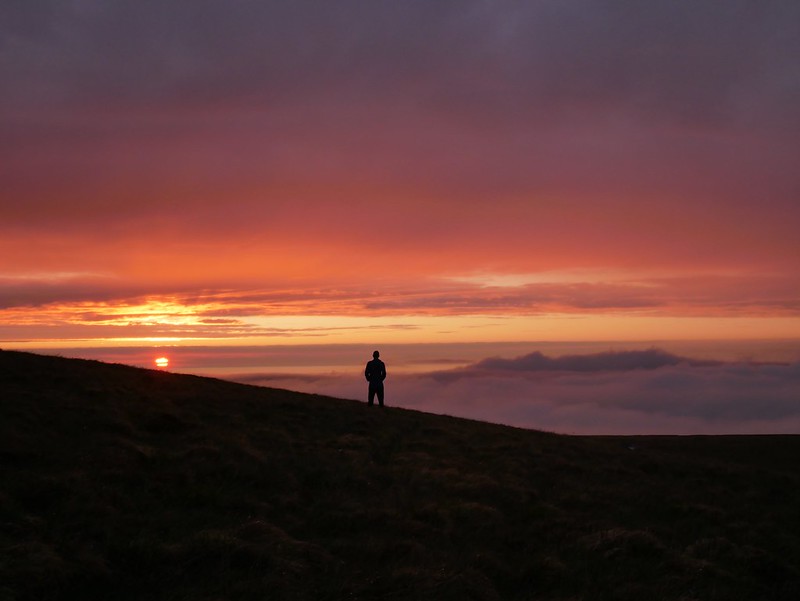 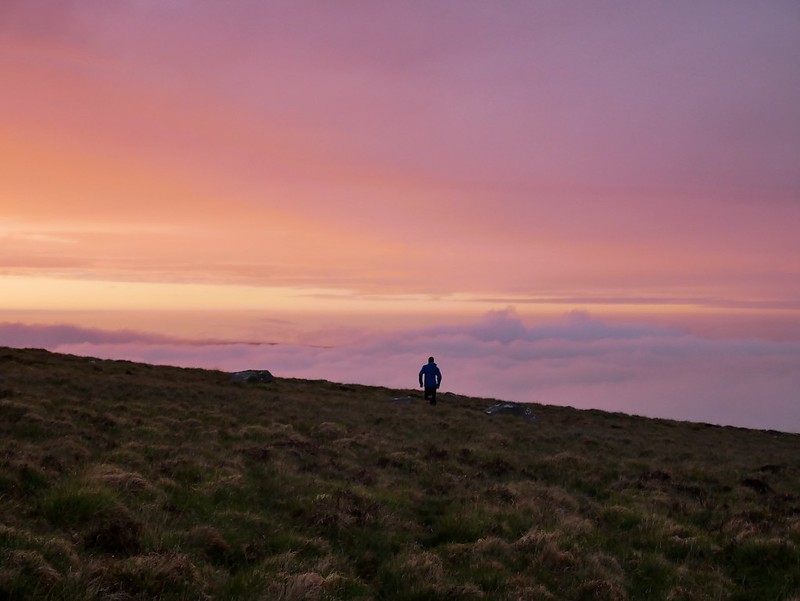 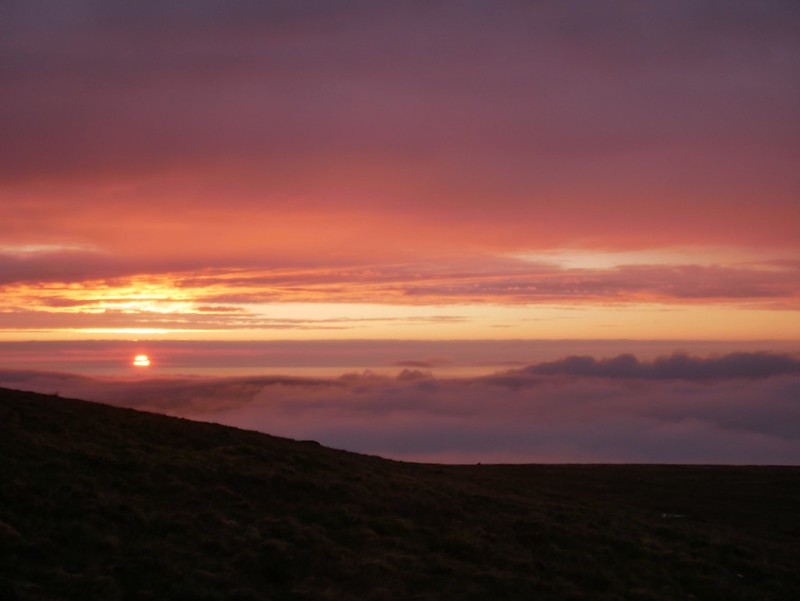 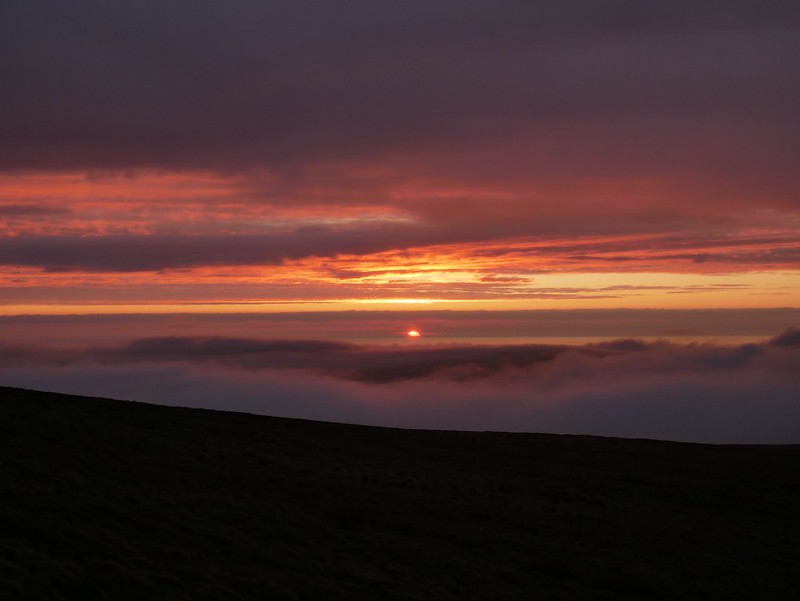 We woke to much better weather and set off on a hike to an abandoned quarry. It used to be a slate quarry but since it’s closed one of the pits has filled with water creating an idyllic swimming hole. It was a little tricky to find the right spot but eventually we headed around a corner of the quarry and nestled beneath the tall walls was a clear pool. It was much smaller in person and the foliage was slowly taking over the rocky walls around us. There was a nice clear section about a meter and a half deep by the shoreline so we jumped in there for a very refreshing dip. I even braved a swim above the abyss…well, to me it felt like I was in the centre of the pool but looking at the photos Craig took it appears I was a mere two meters away from the shore. Quarry’s can be quite dangerous to swim in for numerous reasons; hidden sharp objects, polluted water, very cold water and access issues, but we spoke to some locals who’d been coming here since they were kids and they didn’t have any limbs growing out their heads so that was promising. 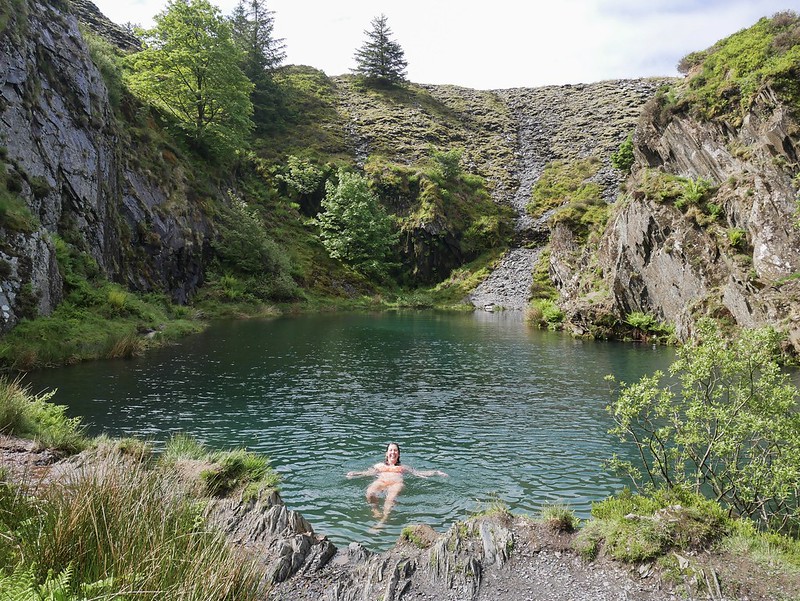 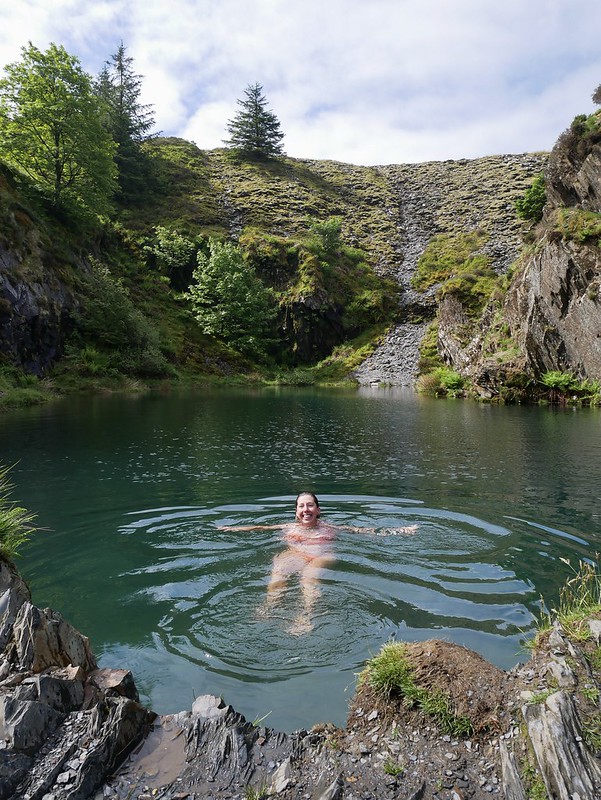 In fact we met some really friendly folks here, it wasn’t busy at all but every ten minutes or so someone would come along with their dog to play fetch in the water. One local asked us where we were from and I instinctively said ‘England’ which is the correct answer but we giggled afterwards because it was probably very clear to the chap from our accents that we weren’t welsh and I should of just said Sussex.

When we got back to Helga we drove to the River Teifi for a walk but when we arrived a chap in a wetsuit started chatting to us. He had just been paddle boarding and said it’s a great place to paddle as you can go upstream and float back without any rapids along the route. So we decided to take ‘Roland the Third’ (our blow up rowboat) on her maiden voyage. It was a delightful feeling pushing off from the launch point and drifting along the river…although we couldn’t fully relax as we didn’t know how reliable this boat was and if it was going to pop on us. 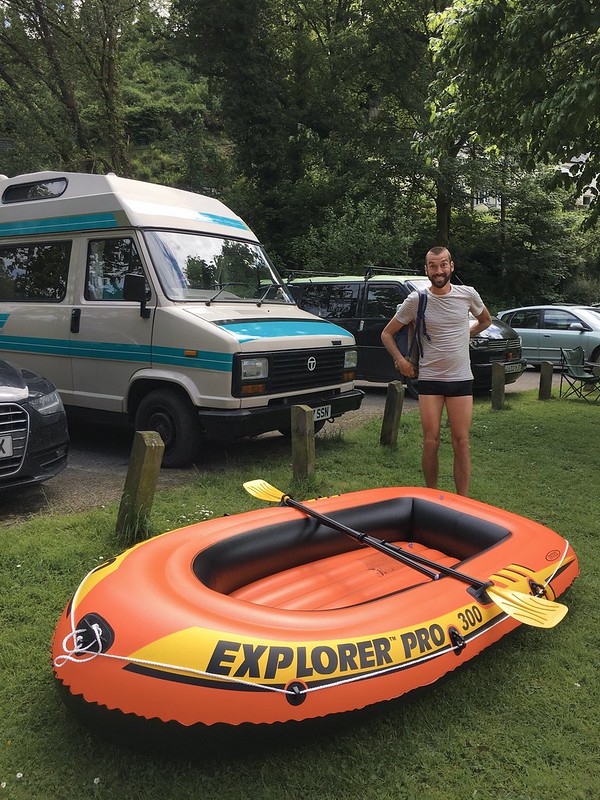 Craig paddled us upstream, through the rather murky water with the river banks almost covered in a jungle. Ivy was climbing up the trees and it all looked so wild and overgrown but in a good way. After awhile we moored up by tying onto a tree branch that had been wedged into the river floor. Without the sound of us paddling our ears were filled with tweeting birds and gentle ripples in the water. It was such a peaceful little spot. The journey back hardly required any paddling as the current took us to the start point. What a perfect little outing! 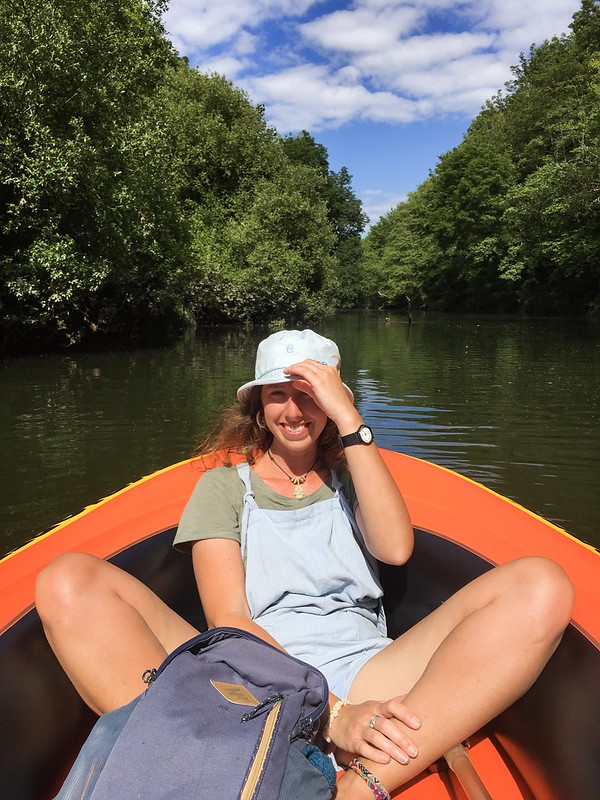