We didn’t spend long in Somerset, mainly because we were excited to get to Wales. But we did visit some family while we waited for yet another bad weather period with 50mph winds to pass over, and we did a little detour to Cheddar to visit the famous gorge. 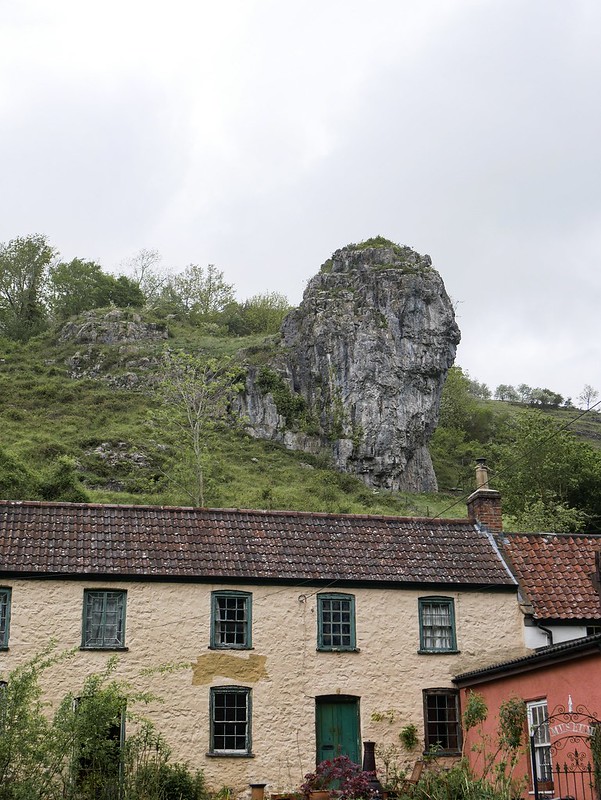 We parked up in the little village of Cheddar which was proudly selling Cheddar Cheese and Somerset Ciders in every other shop. The gorge started just on the edge of the village and we had to wear our wet weather gear for the walk. Luckily the rain seemed to put everyone else off as all of the gorge carparks were empty. We decided to walk along the road first, with the huge rocky walls towering above us. It was very impressive scenery actually and a sight I wouldn’t expect to find in England. 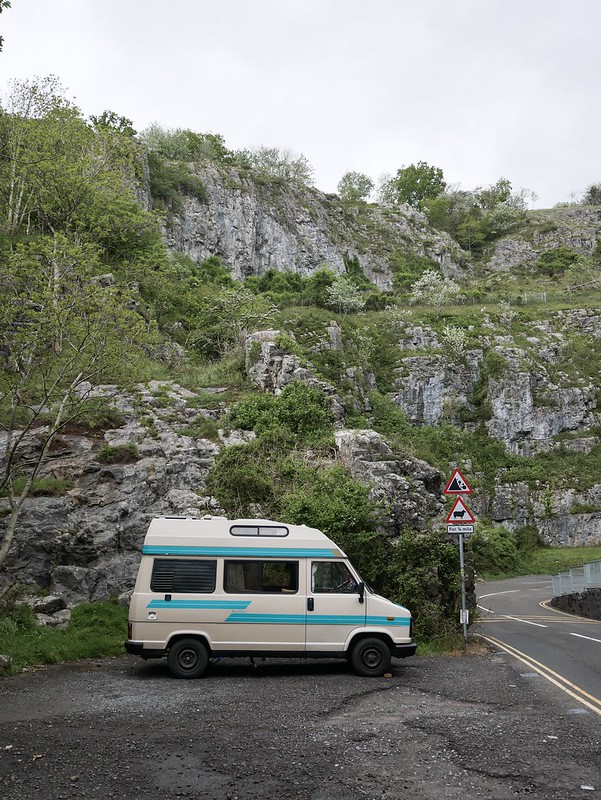 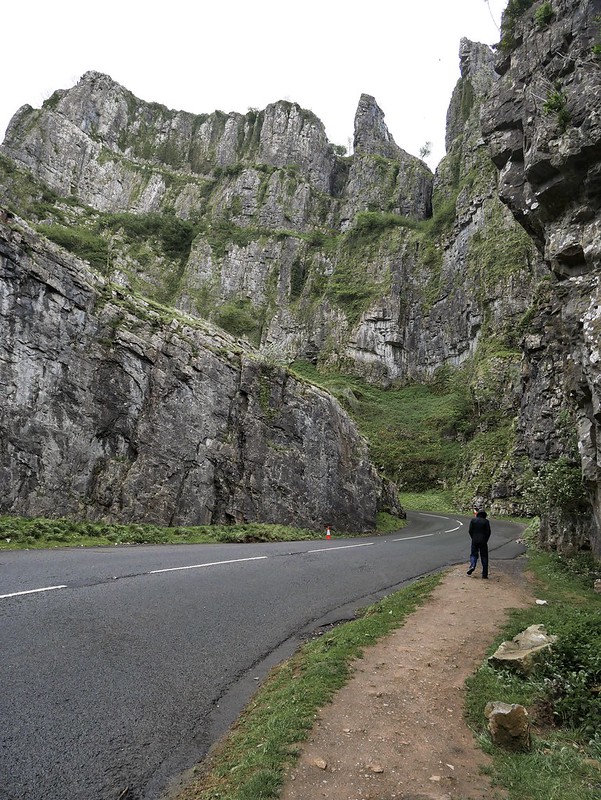 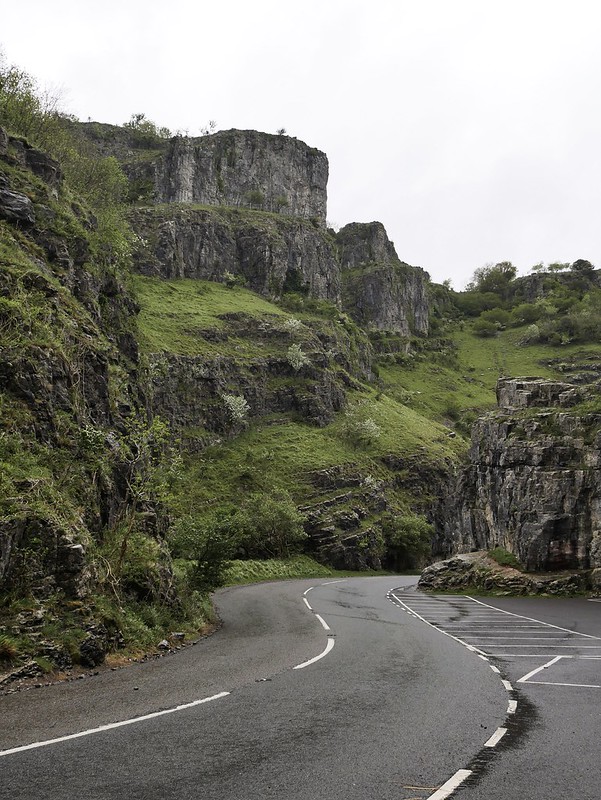 After a couple of kilometres we took a steep track uphill through a forest with floors blanketed in bluebells. Wild goats walked ahead of us on the track as we made our way to the top of the cliffs. It was hard to get a view down though, especially as there wasn’t an official viewpoint so it was a rather scary peer over the edge to get a view of the road wiggly through the gorge below us. 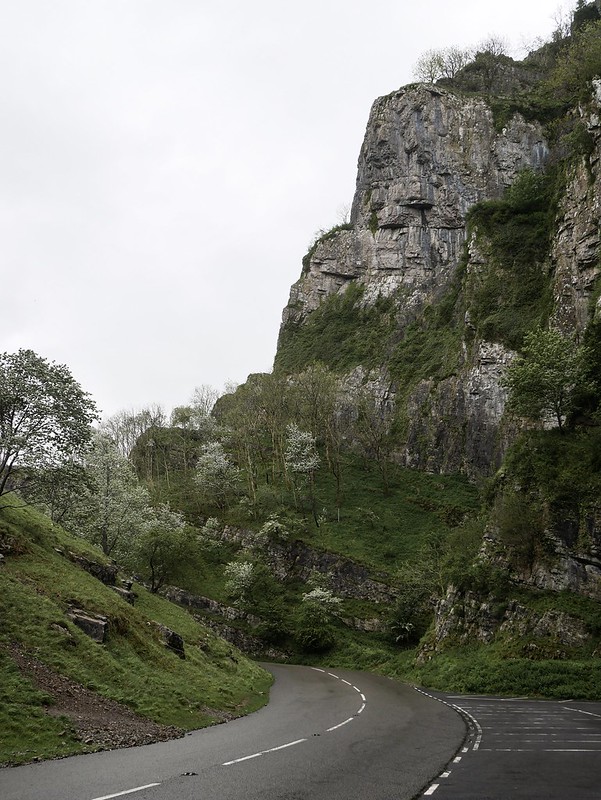 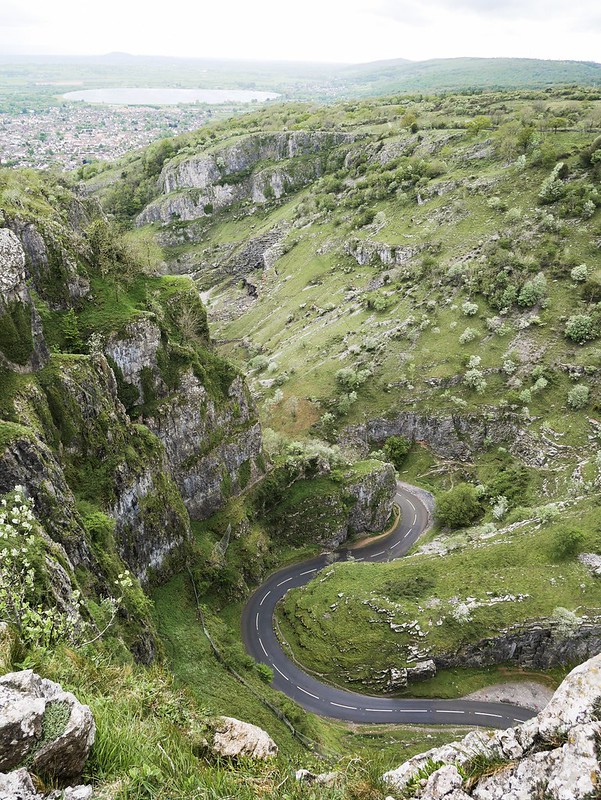 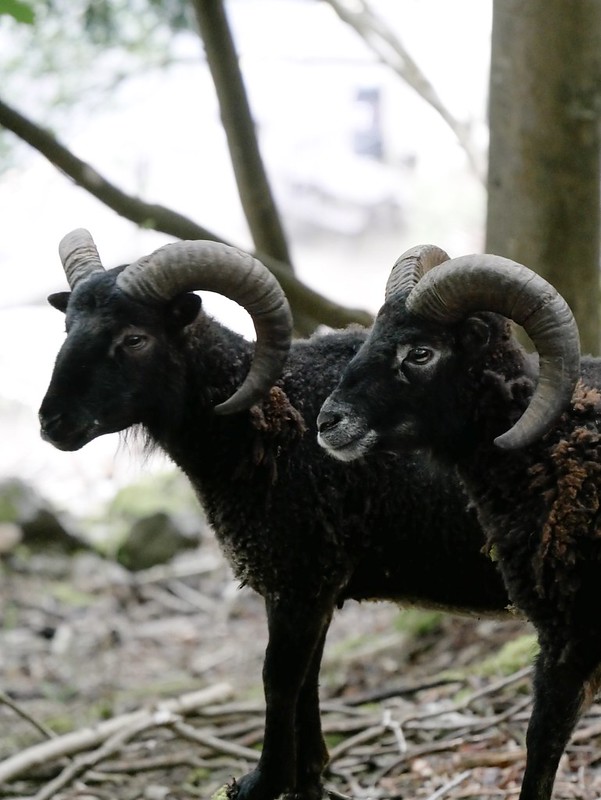 It was a really nice walk actually and we found a lay-by to sleep in nearby where the bins seemed to act as luxury houses for some giant resident rats, but it was a quiet night at least.

Today we’re super happy to be heading into Wales. We took the never-ending bridge across the river Severn and after what felt like an hour driving above a very grey river we were finally greeted with the Welsh dragon on a signpost. We’ve visited Wales twice before and every time it excites me. I love how they speak another language and their jolly accent is delightful to listen to. As we pushed a trolly around Lidl and listened to the supermarket announcement in Welsh I literally got that feeling that I was on holiday in a foreign country. Technically I am, but it felt more like I was in France than the UK. Even the checkout worker had a wonderful accent and Craig and I kept looking at each other and smirking with excitement as he said the occasional word to us.

We made a beeline straight for the Brecon Beacons National Park, visiting the far eastern corner first. The route involved a country lane for about 10km but it was so much better than the Cornish ones, we could actually see ahead and there were plenty of passing places. We drove down to Llanthony Priory which had the ruins of a beautiful old abbey. Much to our delight there was free parking AND free entry to the ruins. To top it off there were free toilets (many in Cornwall charged 20p to use) and even a water tap outside. I nearly shed a little tear of happiness. What a great start to the country! 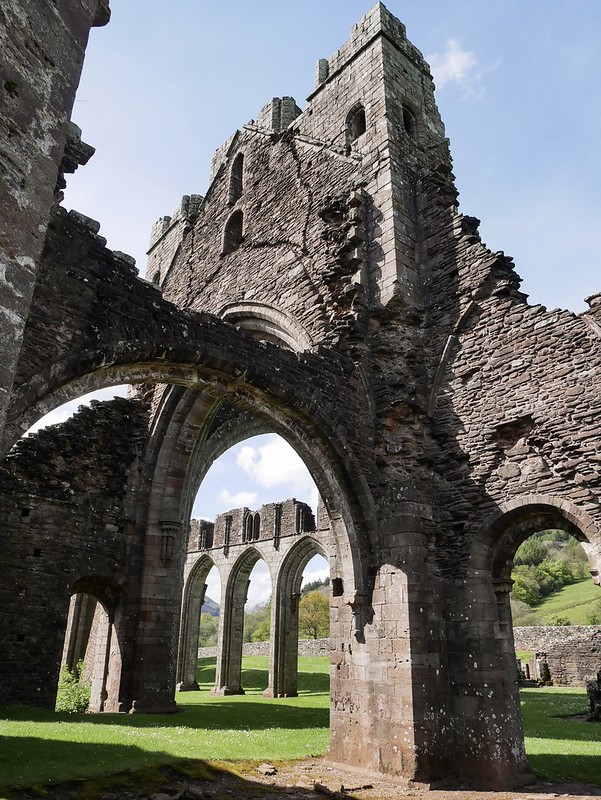 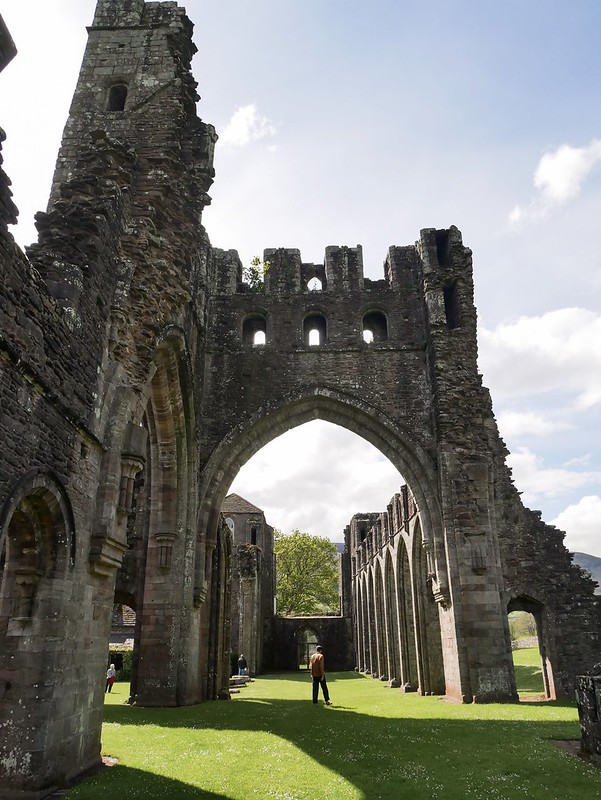 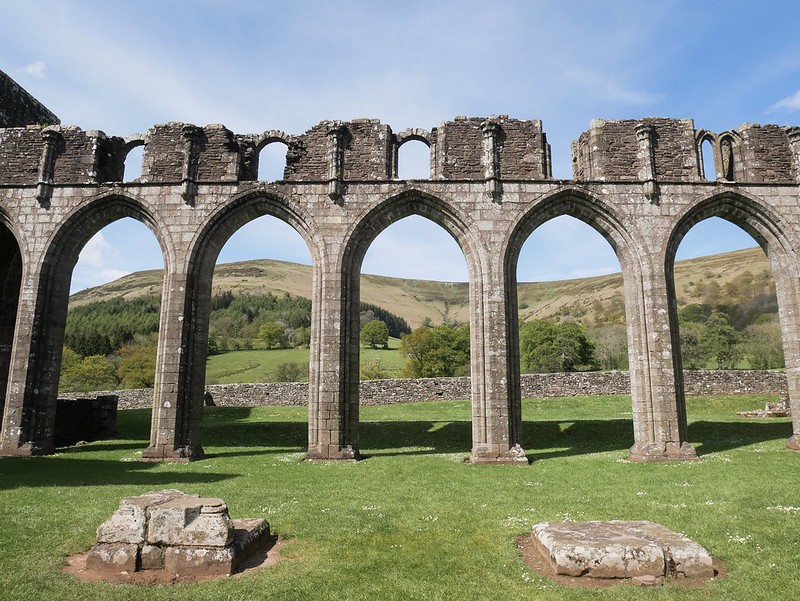 After checking out the impressive arches of the Abbey we set off on a hike that led us up through pastures until we were climbing along the moorland to a ridge line. It was much steeper and boggier than we’d anticipated but from the top we had superb views. The ridge led us along the border so to the left was England, a typical countryside scene with neat patchwork fields and to the right was Wales, much more rugged and wild with hills and moorland. 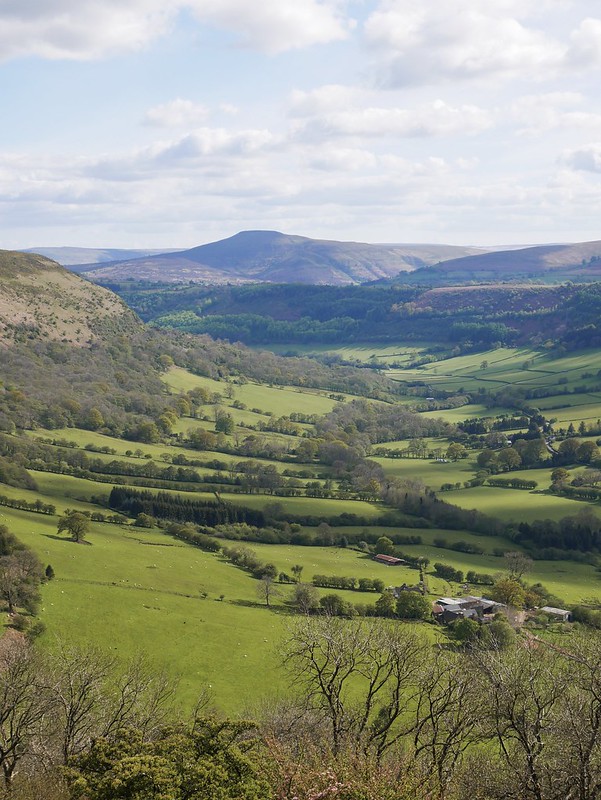 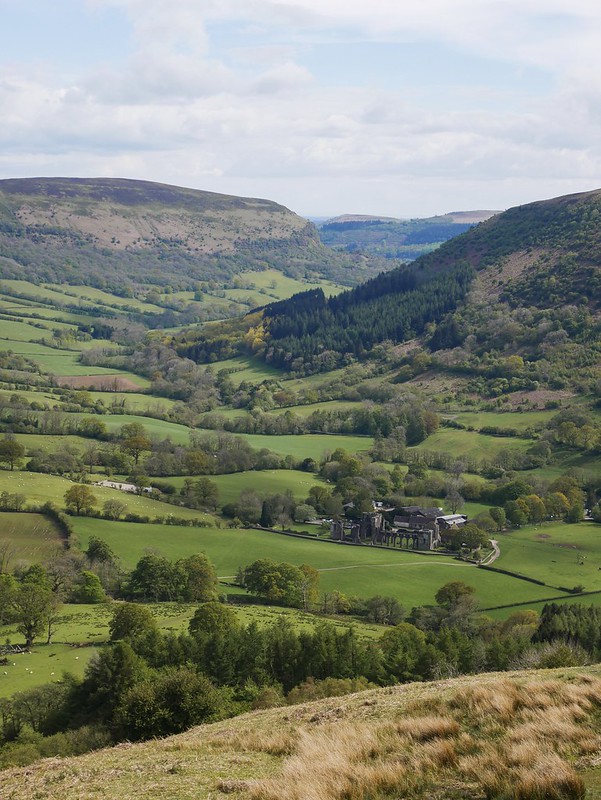 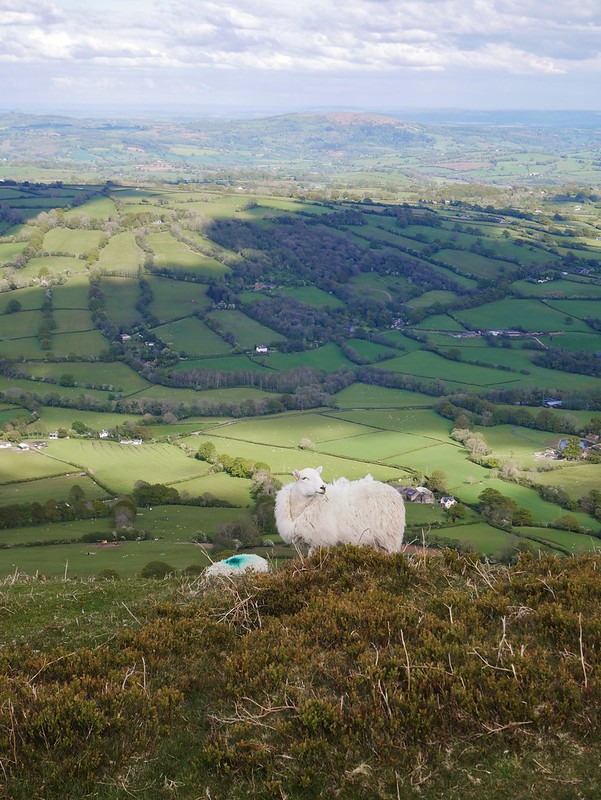 On our way down we passed three people. The father and son were standing around while the mum laid flat on her back on the grass. We said hello and I couldn’t help but comment that they could of easily murdered that women but they looked so casual that we ignored it. Then the women let out a hilarious “help me”. Writing this makes it sound like we did genuinely witness a crime but we were laughing too much to notice at the time. 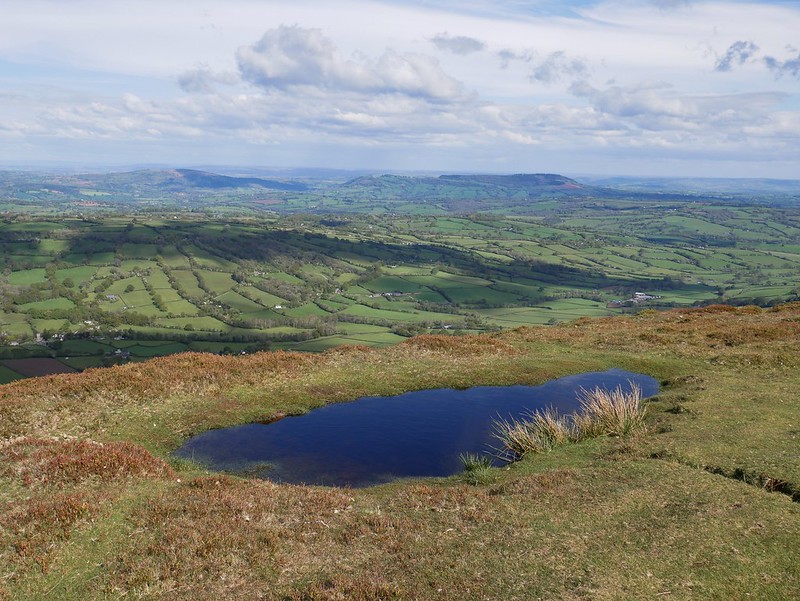 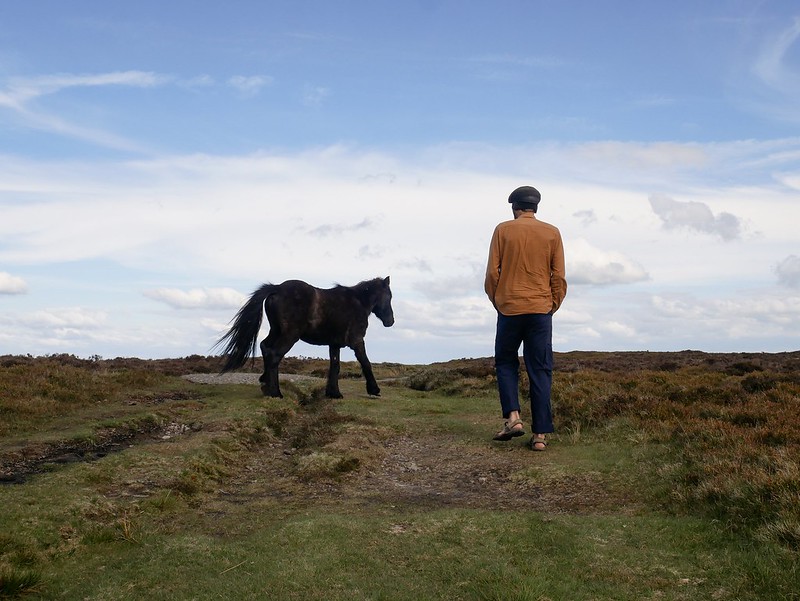 As we made our way back down we crossed a stream and right at the start of it was a huge decomposing horse. The fur was still intact around the huge rib cage but it was totally empty inside. A good reminder to never presume a stream is safe to drink from just because the water is clear. We ended up sleeping in a lay-by along a quiet lane with a lovely view of the hills glowing orange from the setting sun. 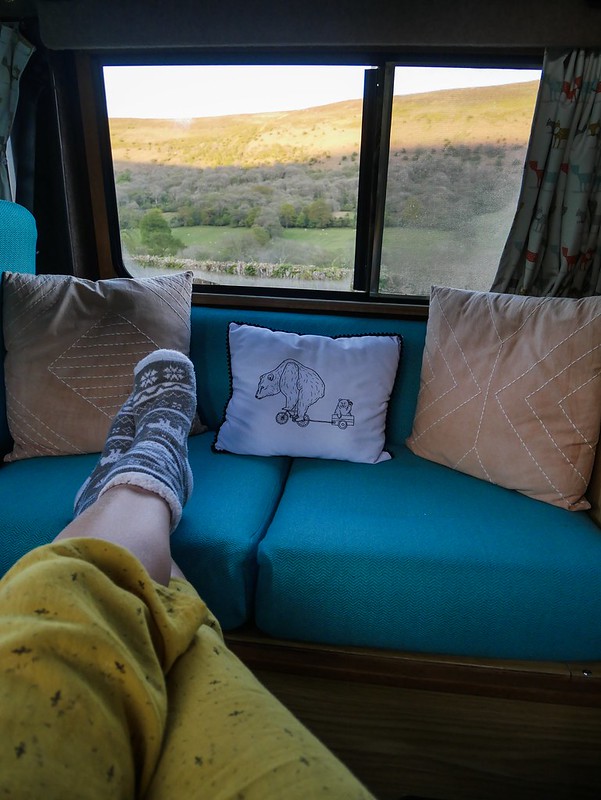