We had another early wake up and headed straight to Corfe Castle to catch the sunrise. It was -4° outside and the ground was covered in a crunchy white frost which made it look like a monochrome photo. The castle was built over 1000 years ago atop a prominent hill, so we headed up a trail to get the best view of it. Most of the castle has crumbled away over the years but it still has some walls and pillars standing tall. 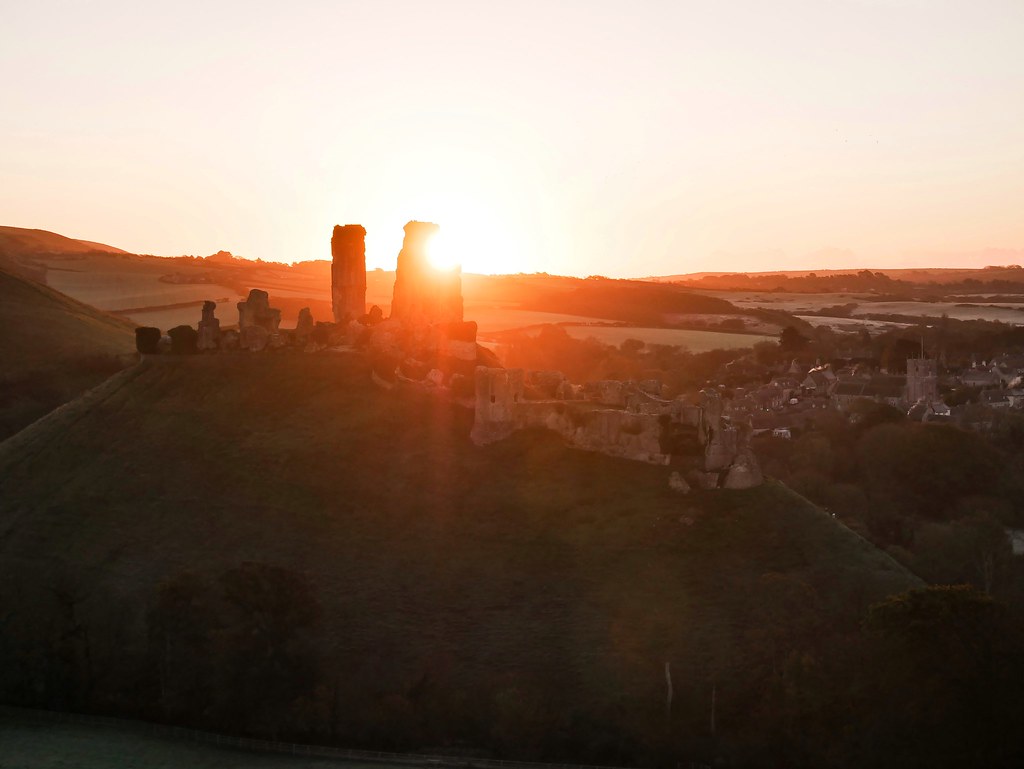 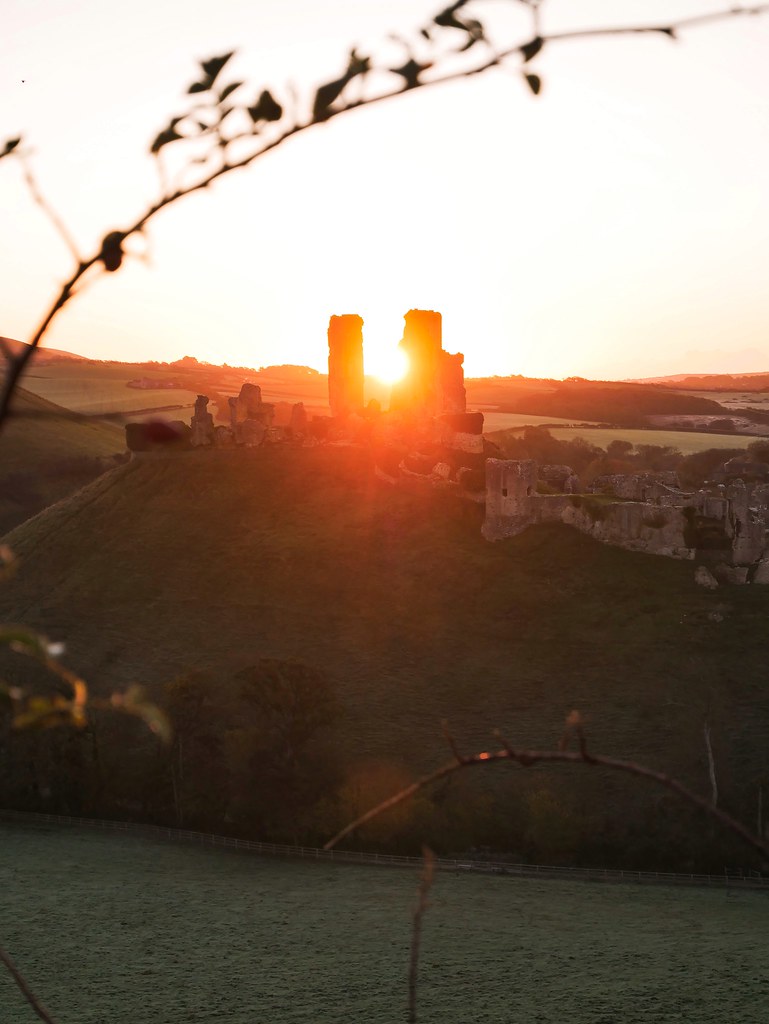 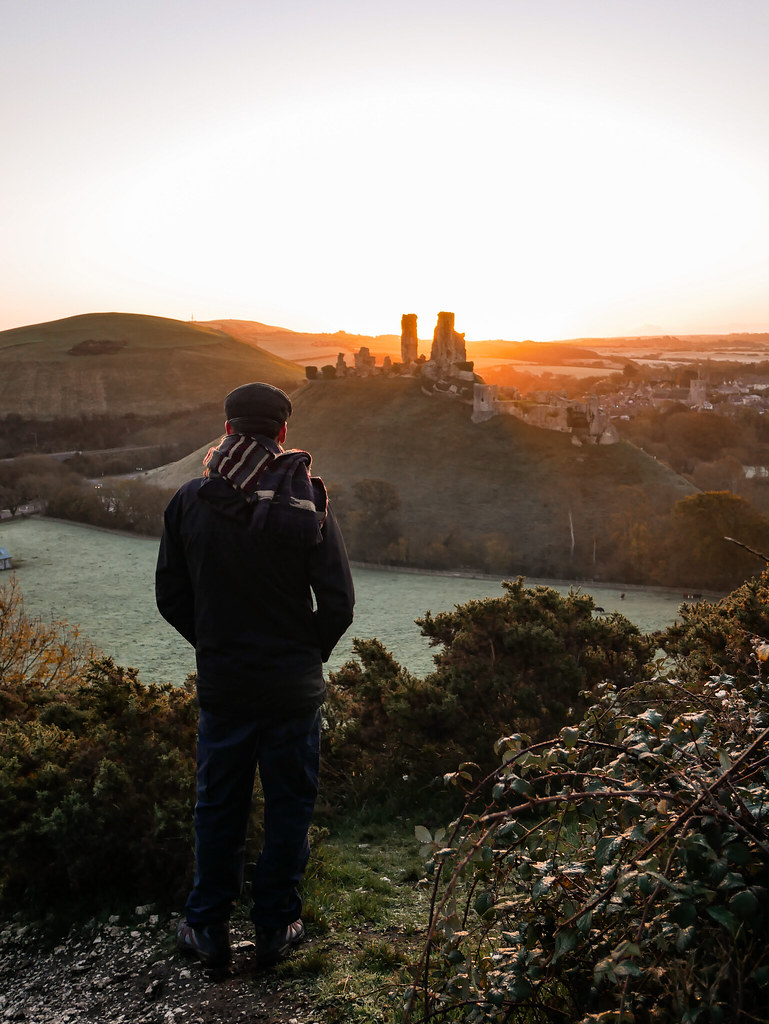 When we made it to the top the sun still hadn’t risen, so we followed a ridge looking for different vantage points. Gradually the rolling pastures behind the castle began glowing orange and then the sun pierced between the castle walls. It was a really beautiful spot to view the sunrise and after taking lots of photos we headed back down, desperate to warm up in the van. We walked through a field of cows that looked so photogenic with the castle as a backdrop. The sun was beaming across the field in beautiful rays and we could see the misty puffs of steam from the cows breath. They were a delight to photograph, all staring my way with the mystical cold air surrounding them. 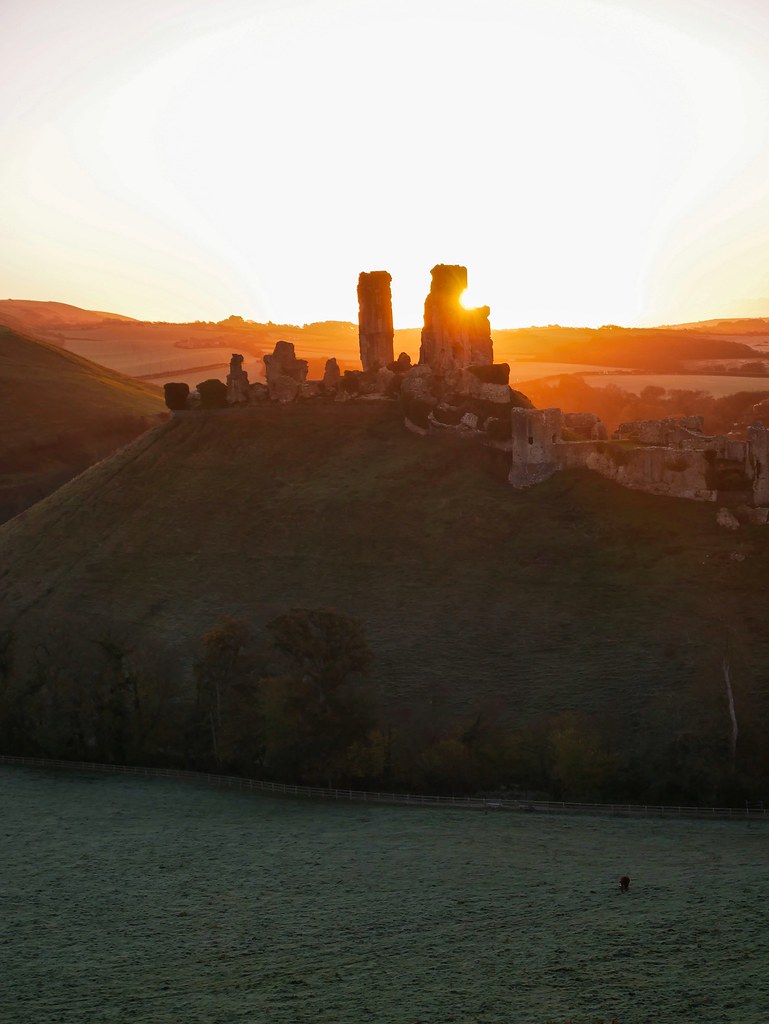 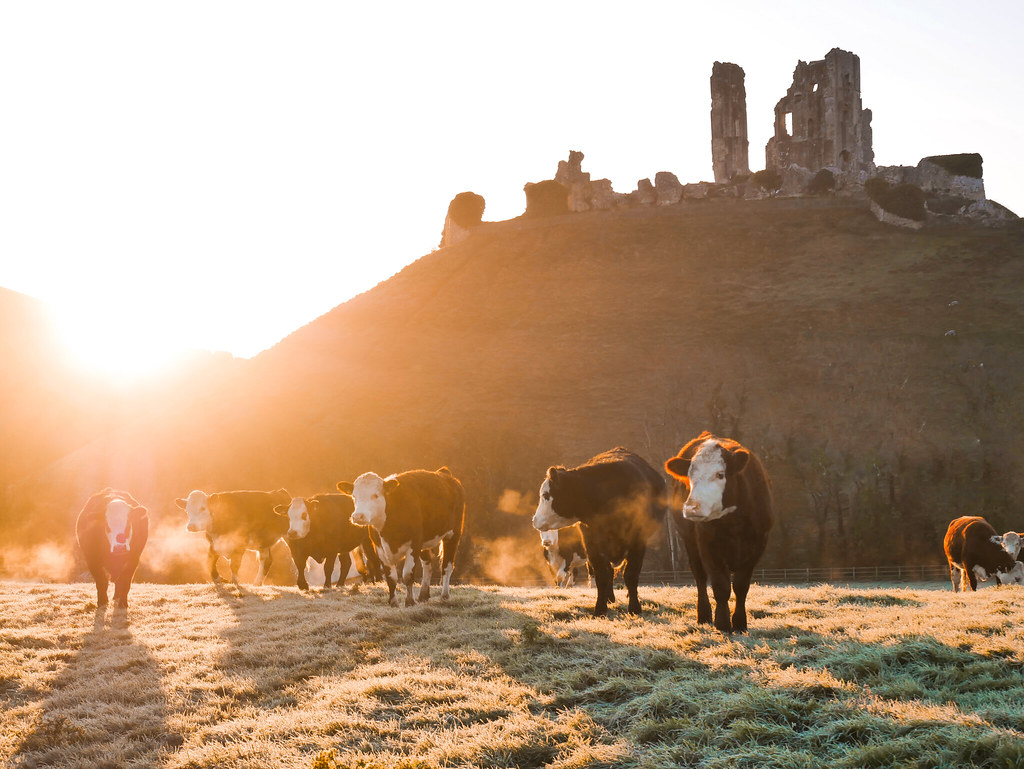 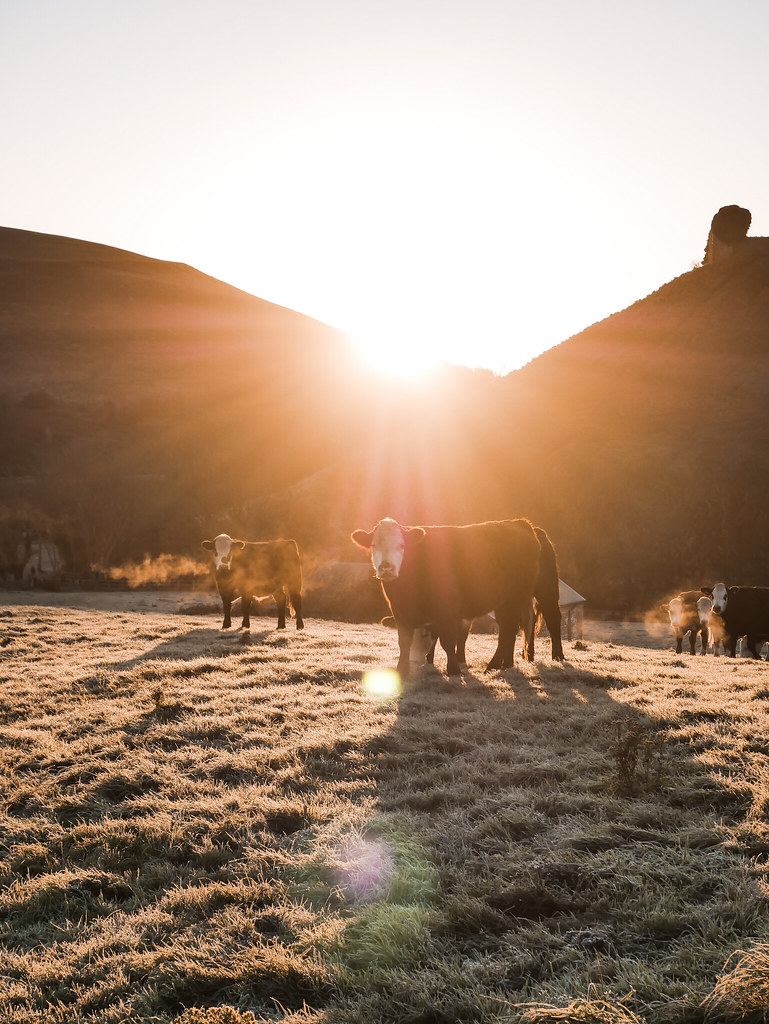 We were so happy to get back to Helga and blast the heater on. After a lazy breakfast we decided to drive to the Durlston Country Park and National Nature Reserve. We didn’t really know what the park had to offer but we found a nice coastal trail where we were high above the sea and could watch waves crashing into the cliffs and water shooting up blowholes. 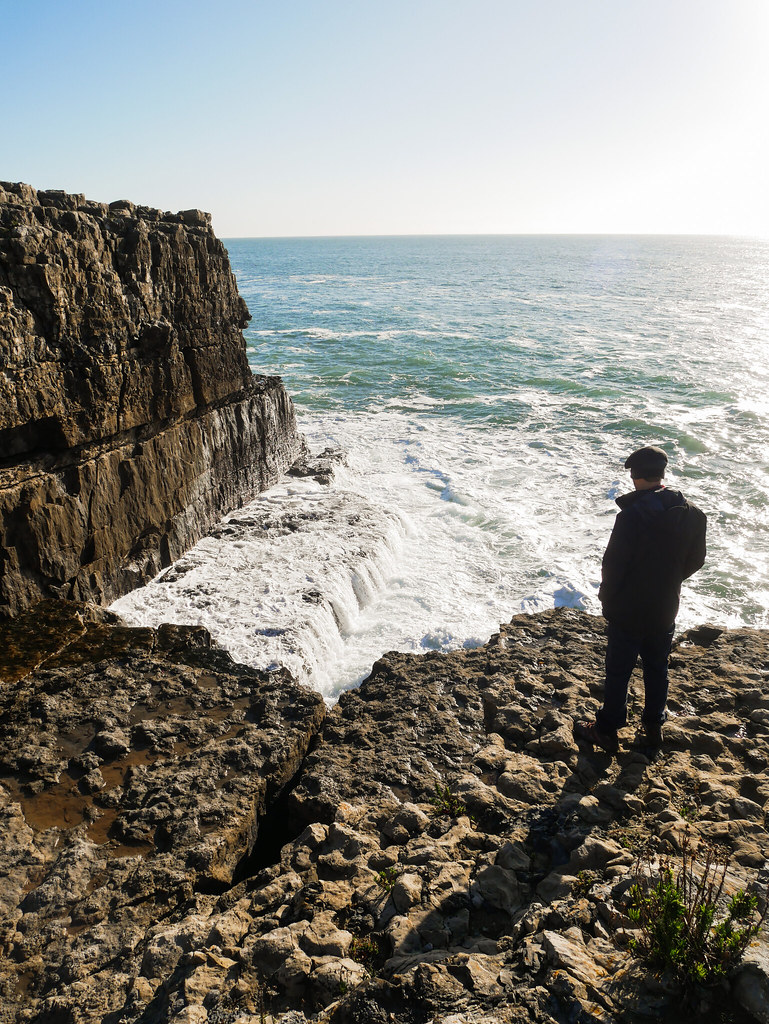 Our next stop was Studland bay, a beautiful stretch of white sand beach where Craig spent many of his childhood holidays. The carpark was massive so it must get extremely busy in summer. The beach was narrow and had lovely calm water, it was much nicer than I expected…Even though the United Kingdom is an island full of coastline my beach expectations are always low, so it’s nice to be surprised! It was lined with little wooden beach huts too but I wish they were painted funky colours, they were all quite bleak and looked more like a selection of garden sheds for sale at a garden centre. 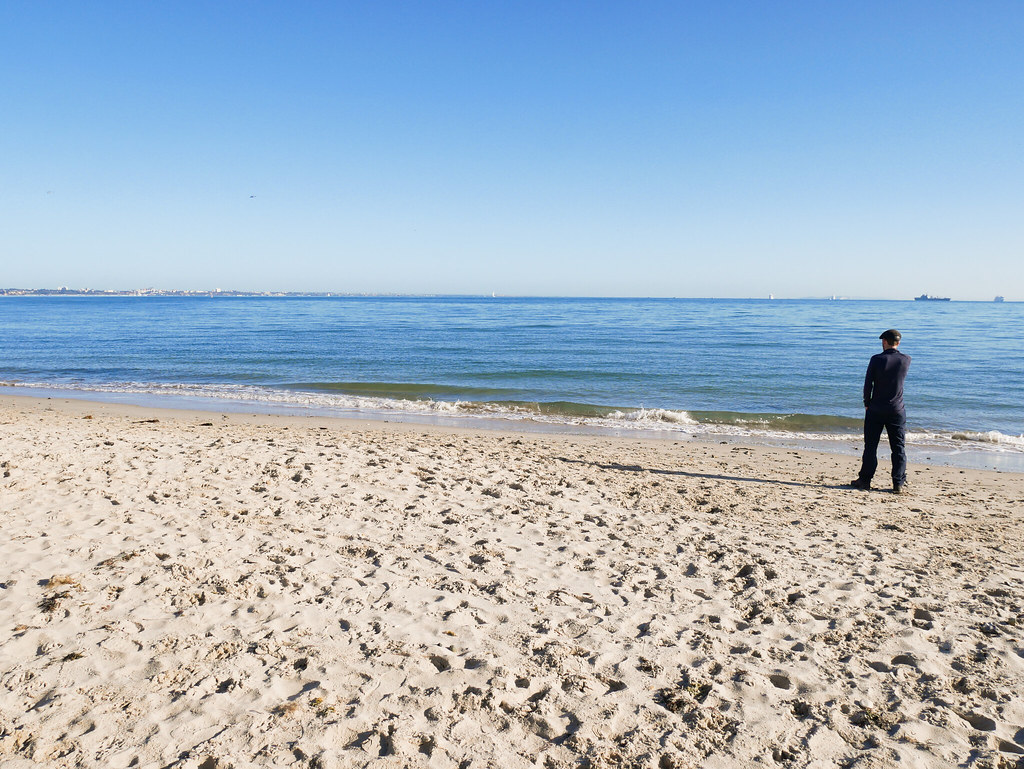 After some lunch in the unseasonably warm sun we headed out on a walk to see Old Harry Rocks which are dramatic chalk formations in the sea. Nobody seems to know how they got their name, some say they’re named after a pirate who used to hide behind the rocks before robbing passing boats. The stark, white pillars rose out of the sea and little fishing boats chugged through the water way below us. 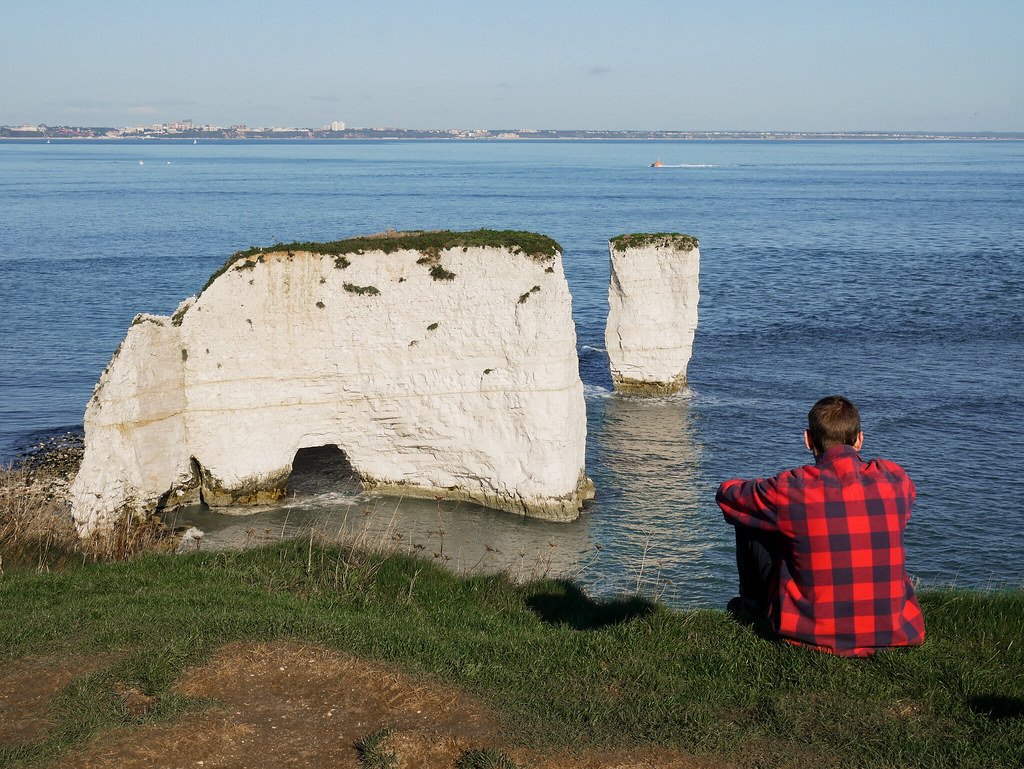 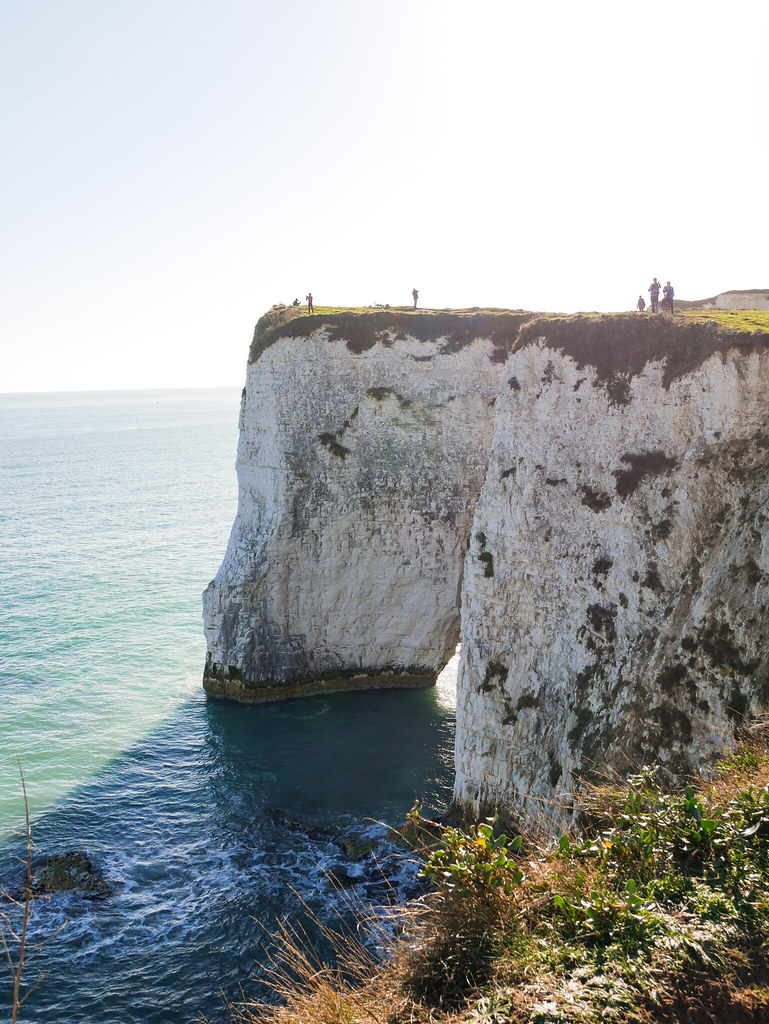 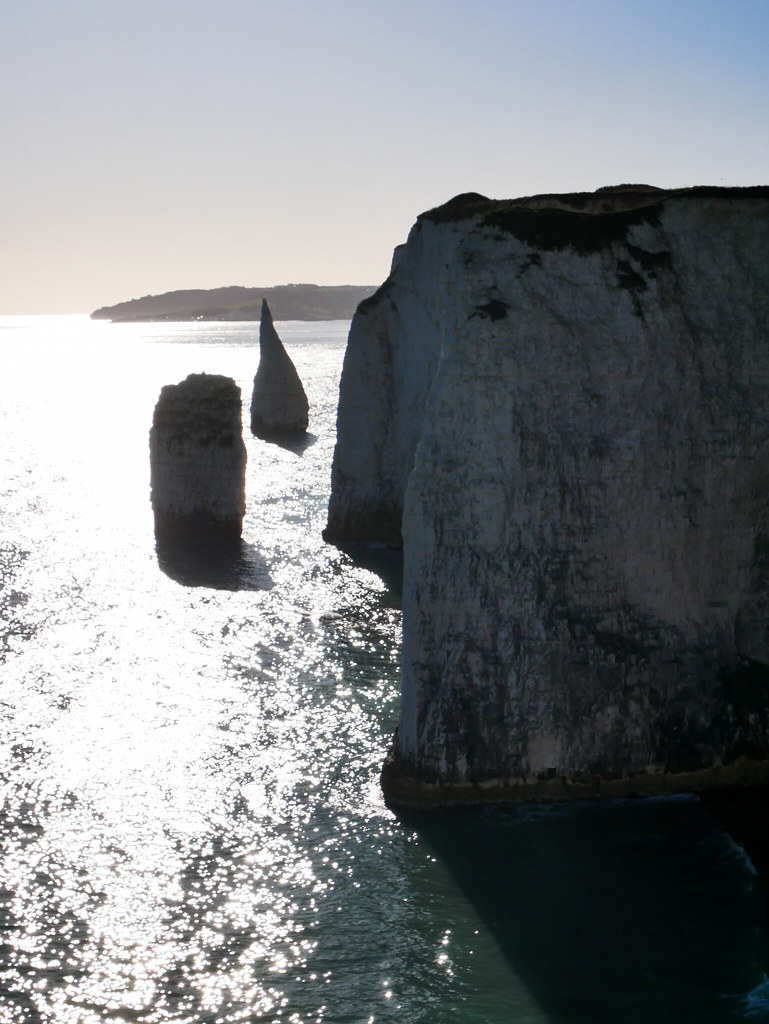 Sadly it was time for us to make our way back home but when I looked at my map I realised there was a ferry we could take to Poole which would save us some petrol money as it shortened the trip. The only problem was our handbrake was still broken and we were worried about moving on the ferry. I was envisioning Helga rolling forward and pushing a row of cars like dominos into the sea. As we drove towards the boat we began panicking as the worker was about to direct us at the back of one line of cars, on a slanted section. But then he diverted us into what looked like an empty line, we began cheering quietly with relief until we spotted two cars in front of us on the other end of the boat. We had to park on a slant with an Audi in front of us so we just avoided rolling forward and stayed on the flat section, hoping the staff wouldn’t usher us along. We also kept the engine running for the ten minute journey so we could slam the brakes on if need be. It was rather nerve-racking but we made it across! 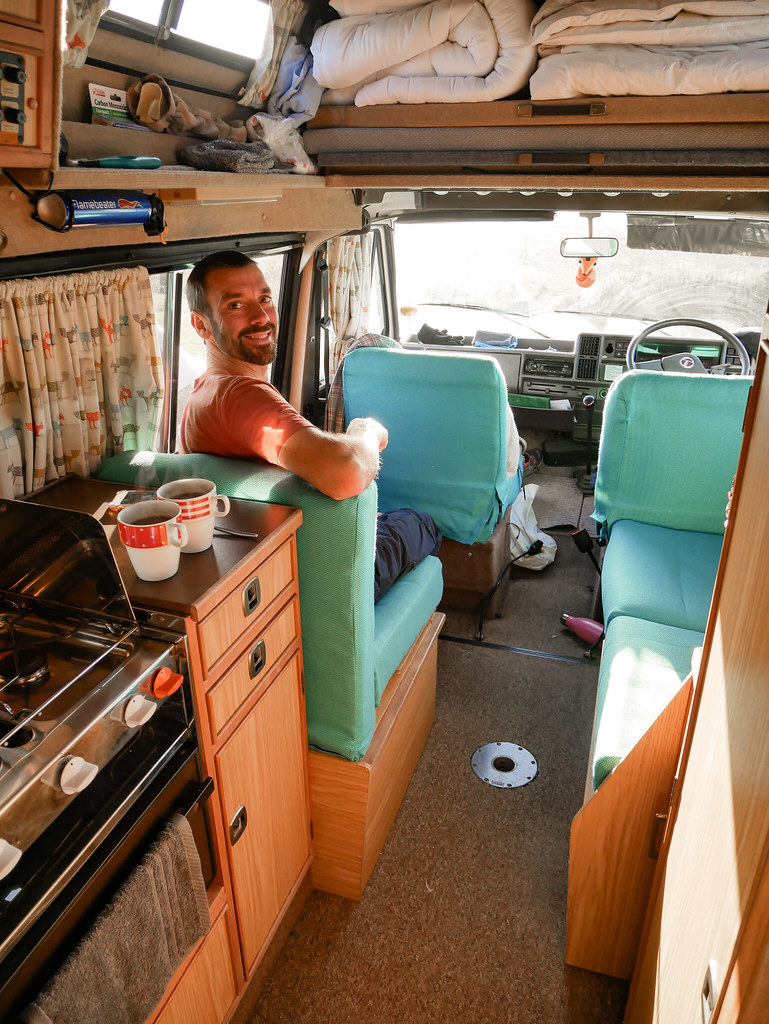 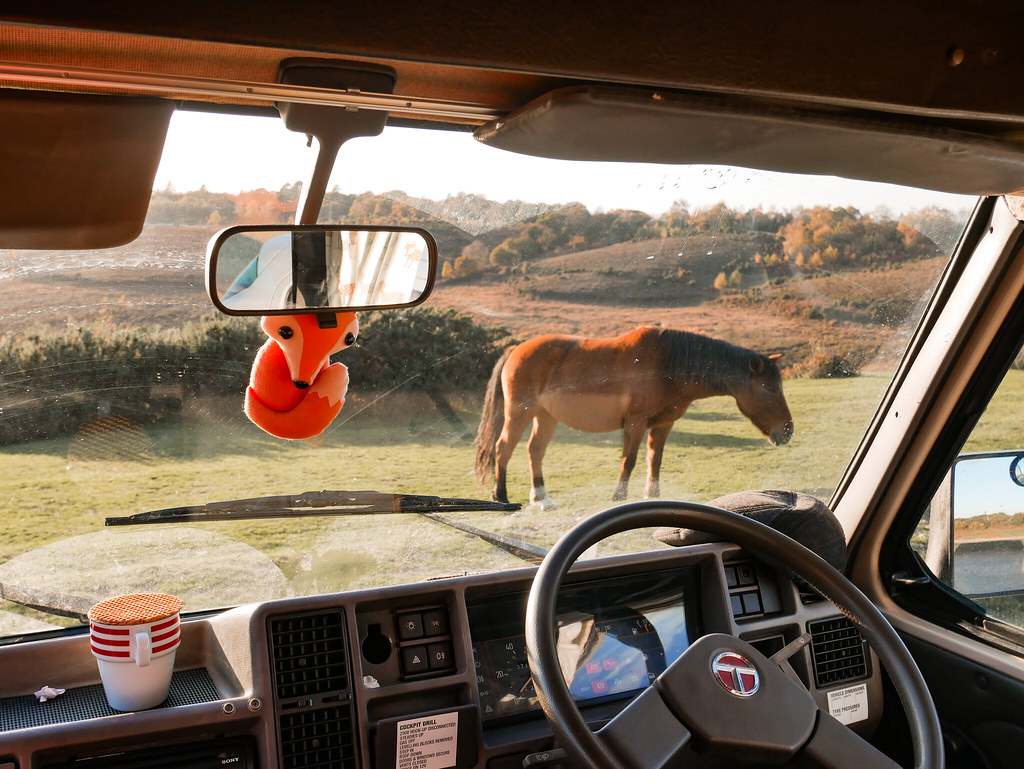 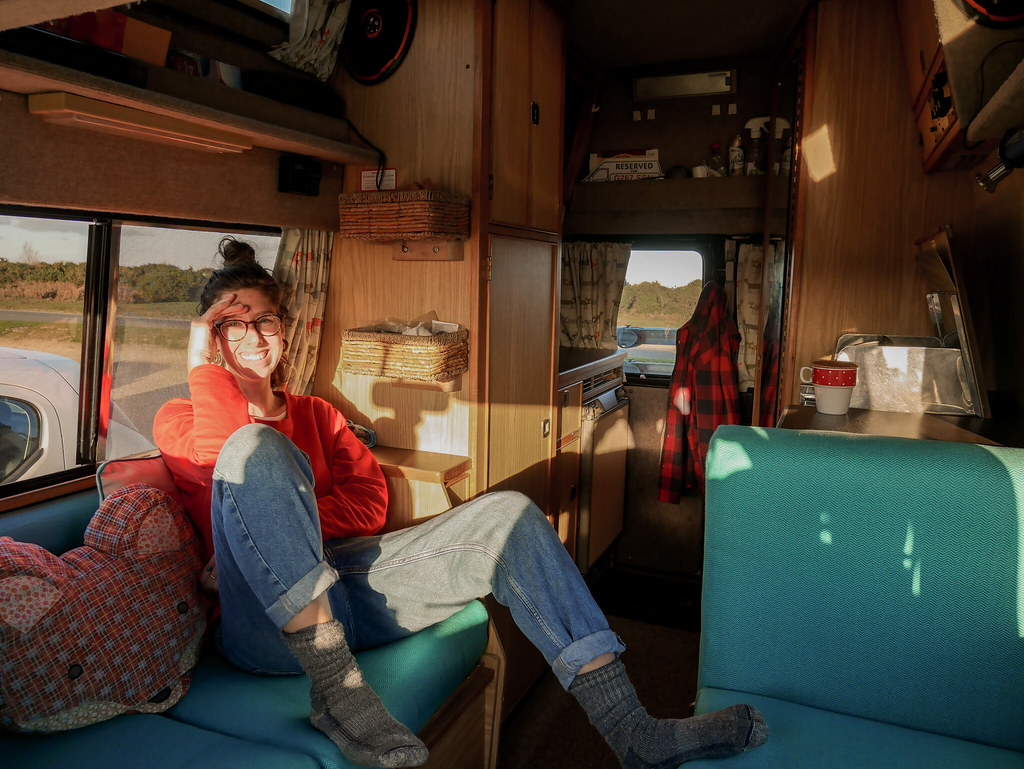 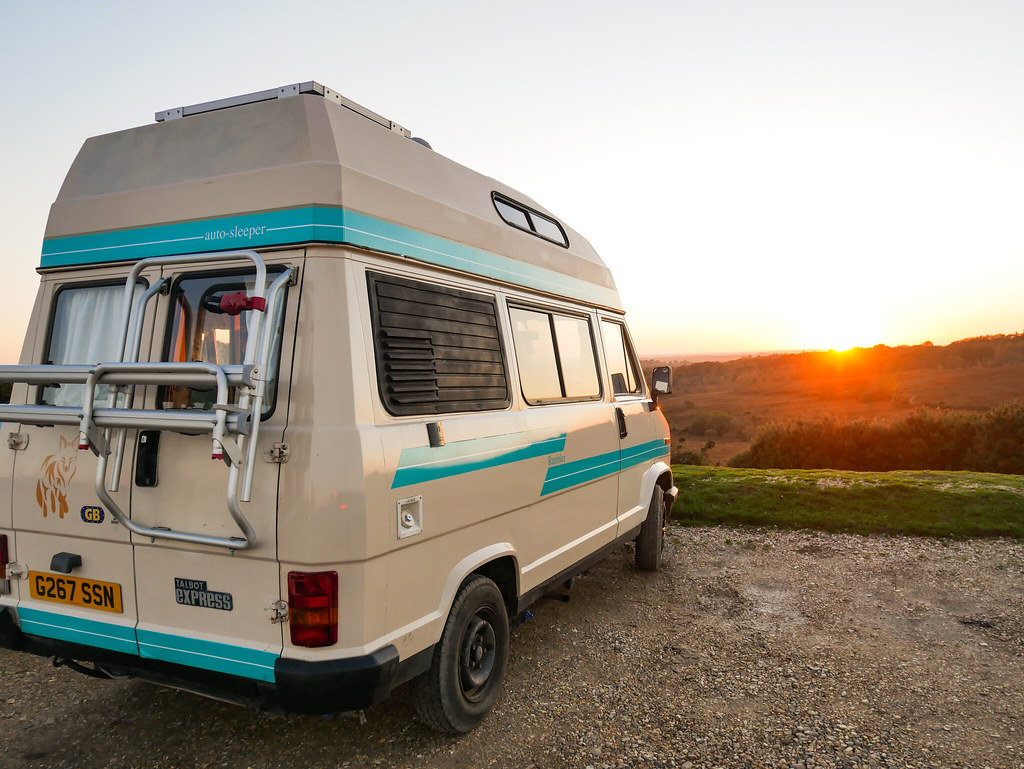 On our way back we pulled off the highway to spend a few hours at the New Forest National Park. We rumbled over some cattle grids and were instantly transported into what felt like another world. Wild horses and cows were grazing on the rolling hills so we pulled up for a cup of tea with a beautiful view. We decided to avoid the rush hour traffic and just watch the sunset and have dinner in our campervan before the final drive home to Sussex. 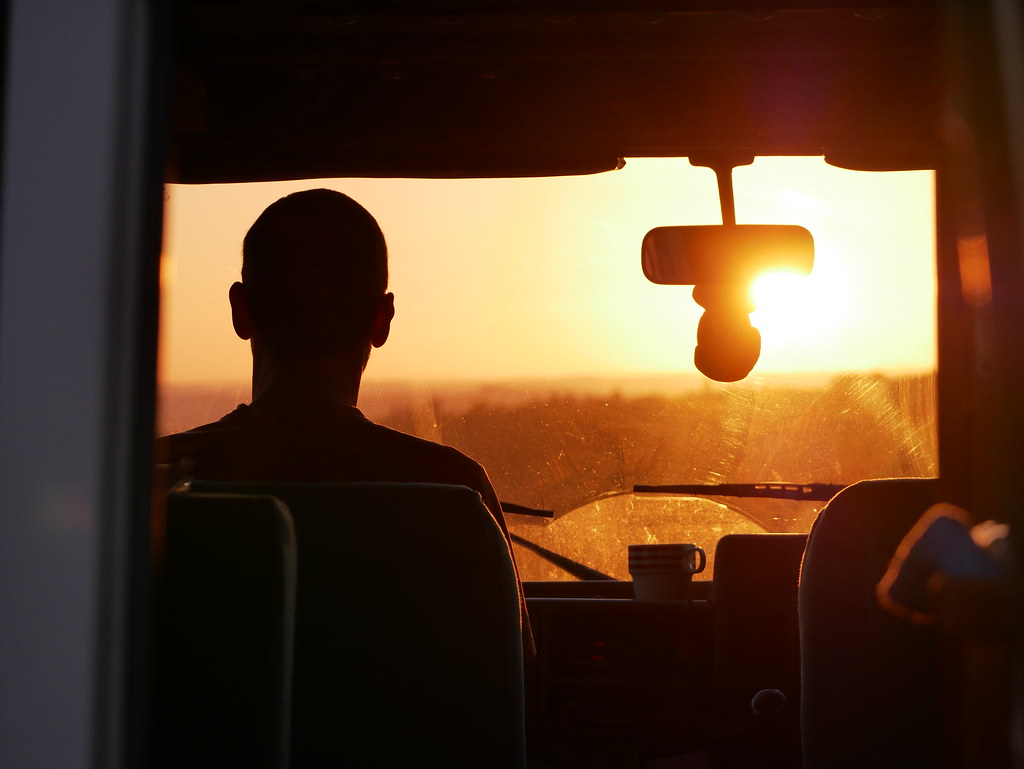 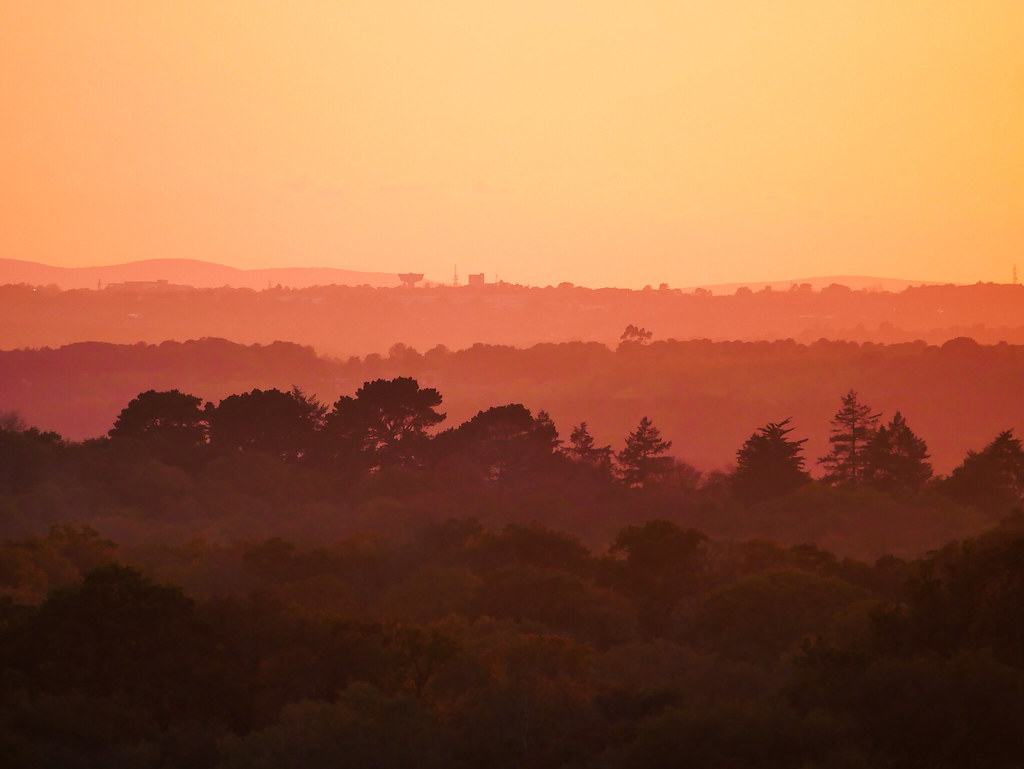 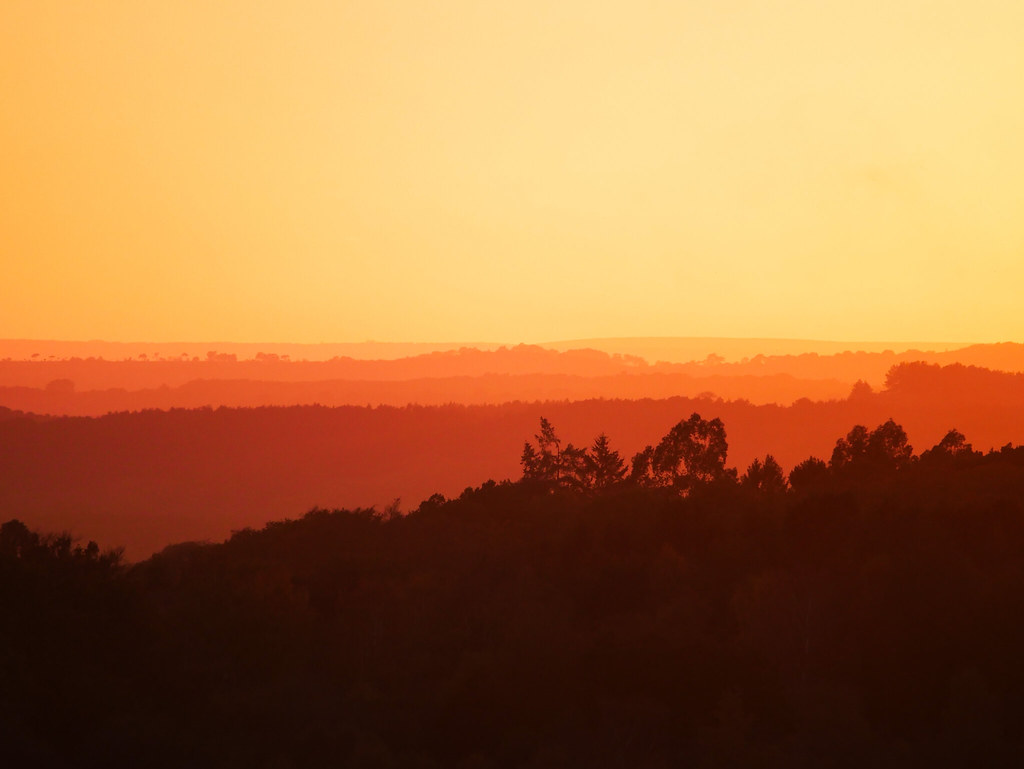 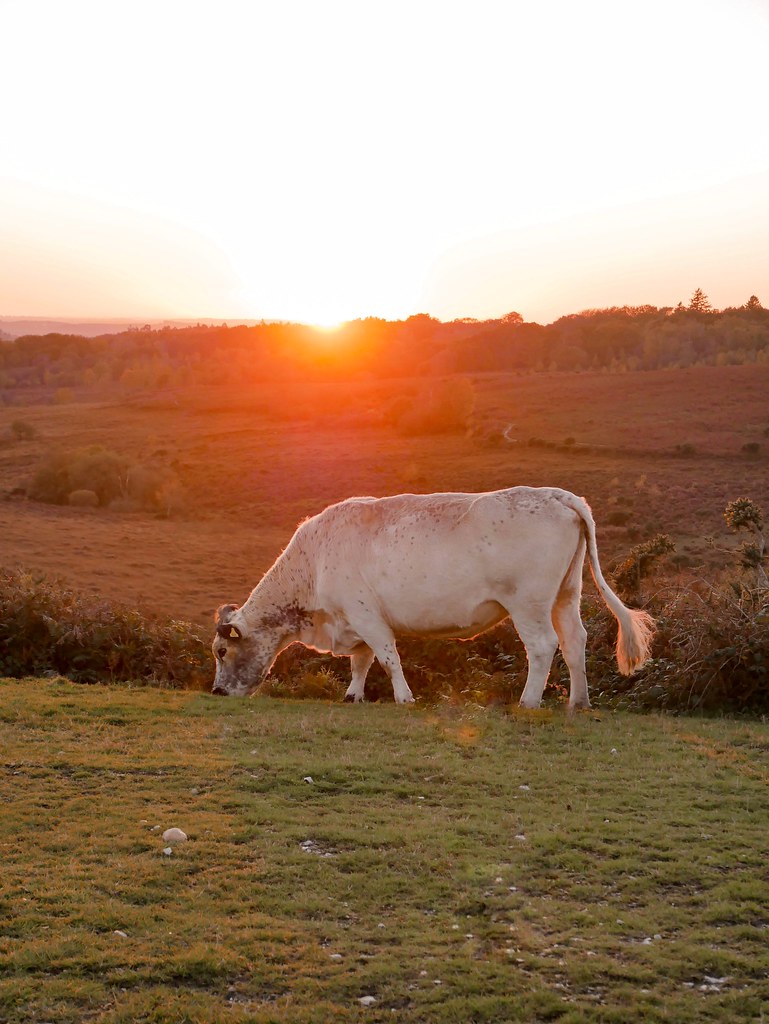 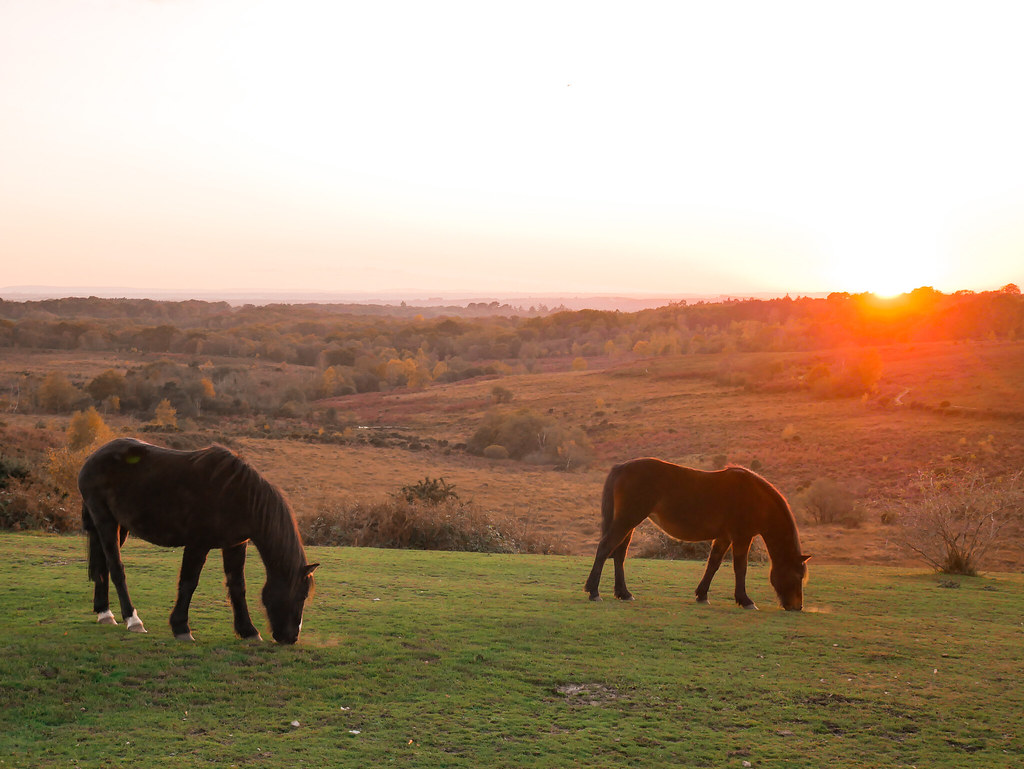 Our holiday was over as the United Kingdom was now officially in lockdown. But we were still allowed to exercise locally so we tried a new walk in our area. It was supposed to be a crisp blue sky day but a heavy blanket of fog covered the countryside. We quickly realised how easy it would be to become lost in these conditions, there weren’t any landmarks visible and it was just white everywhere we looked. I loved watching the electrocuted trees suddenly appear on the horizon through the fog, like a scene from a horror movie. 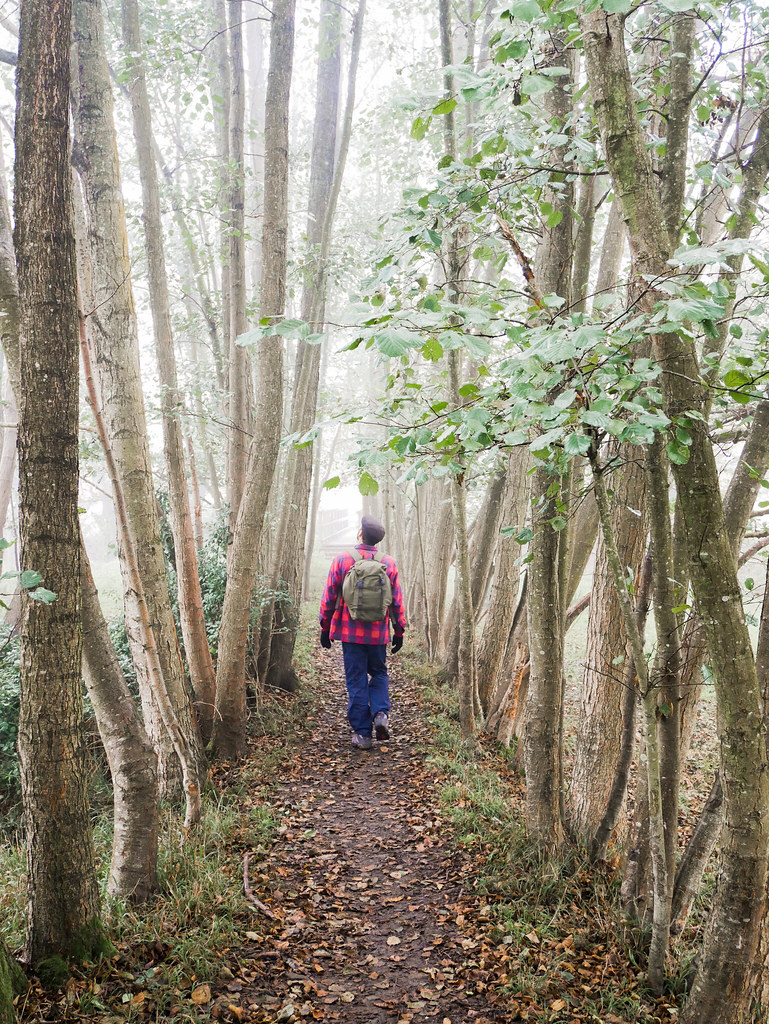 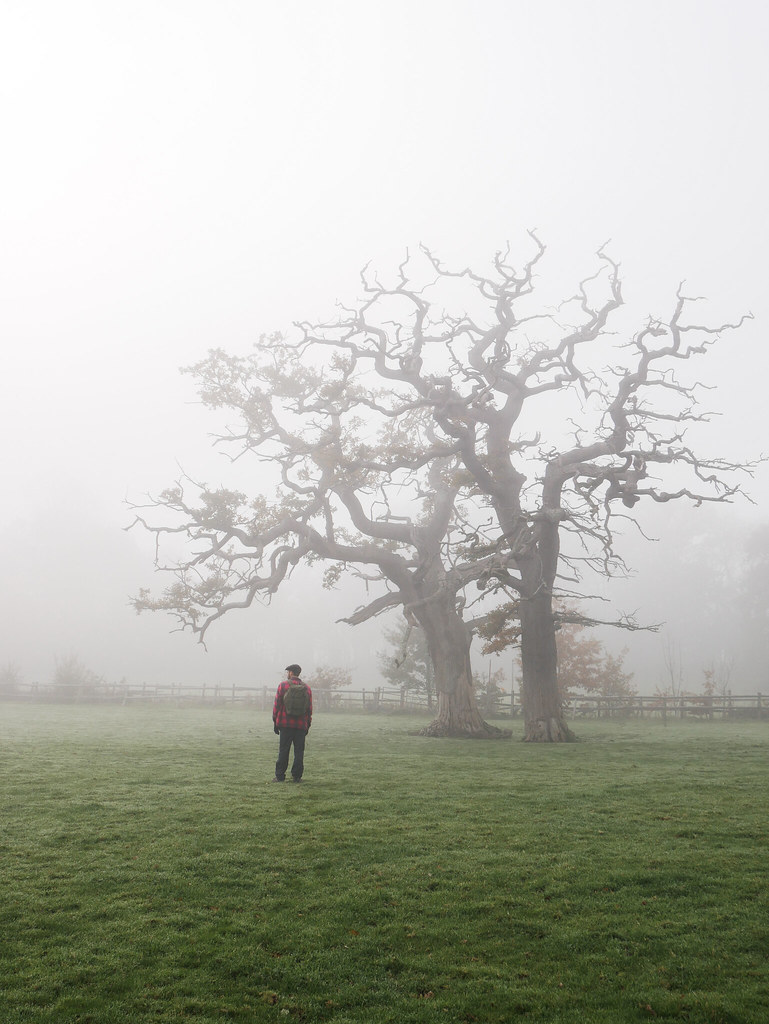 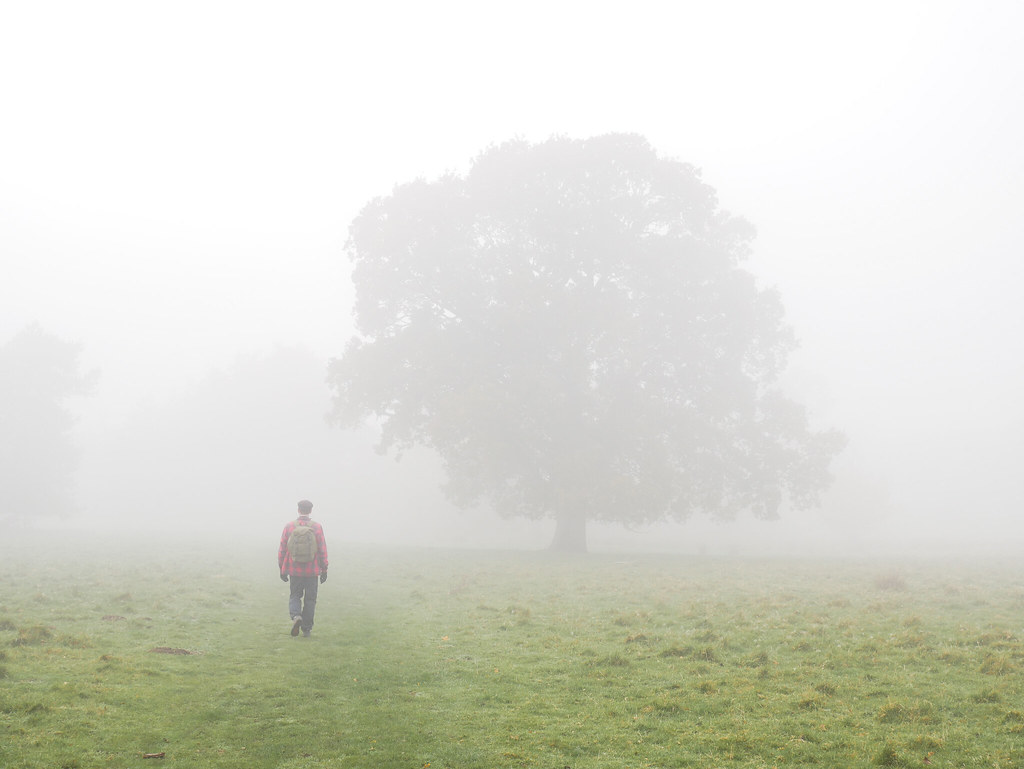 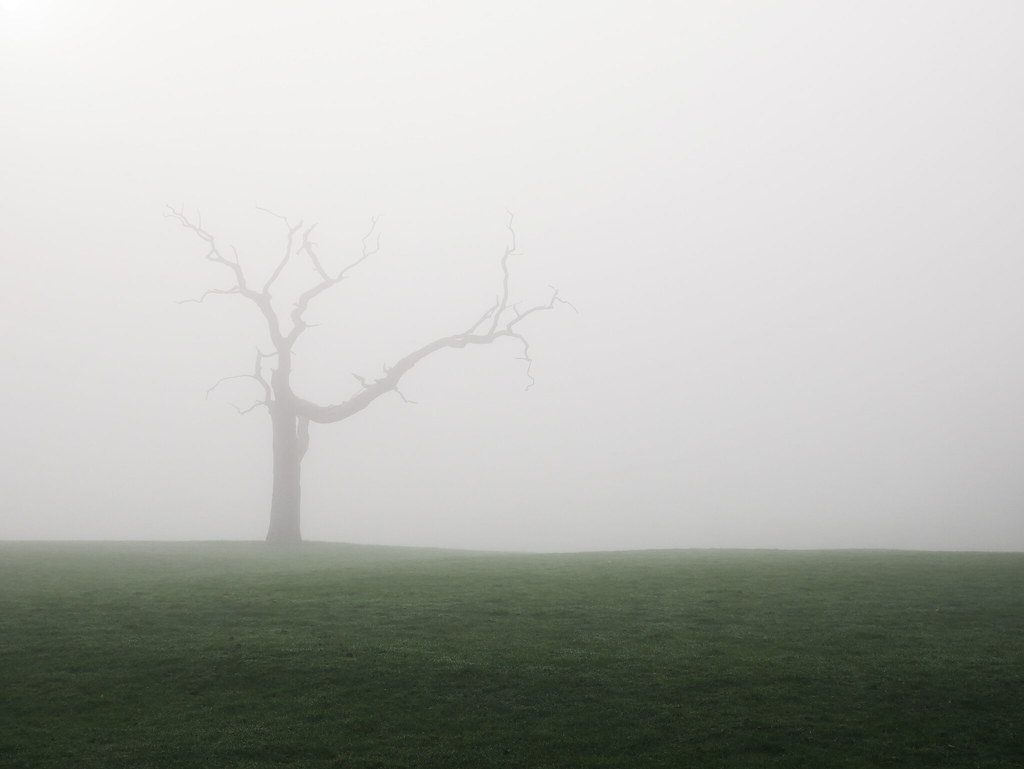 We walked for hours, through fields of sheep and even past an alpaca farm. They all hurried over to the fence, rubbing their fluffy bodies along the wire for a good scratch. It was a lovely end to our roadtrip and we can’t wait for the next one in Helga. 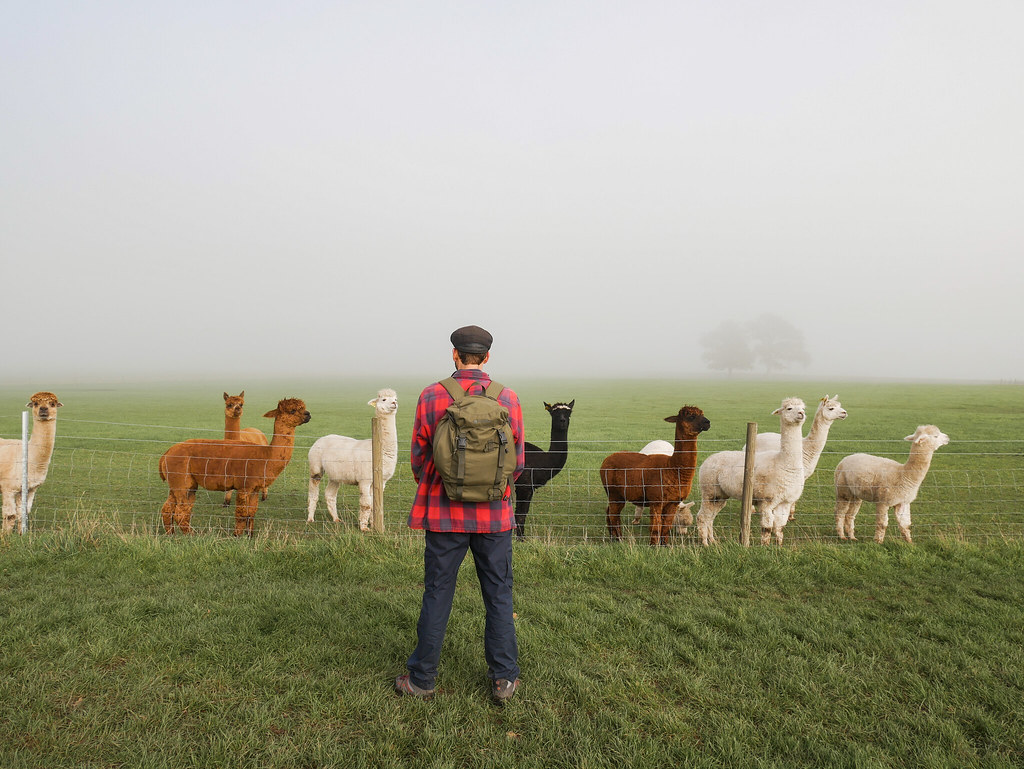 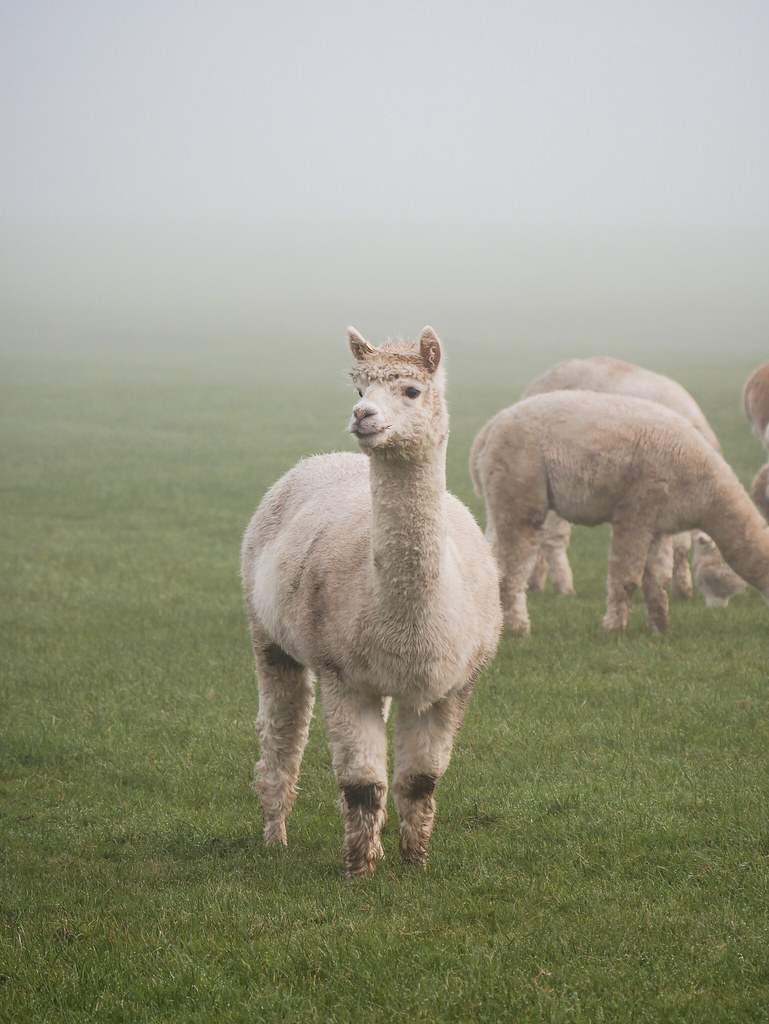 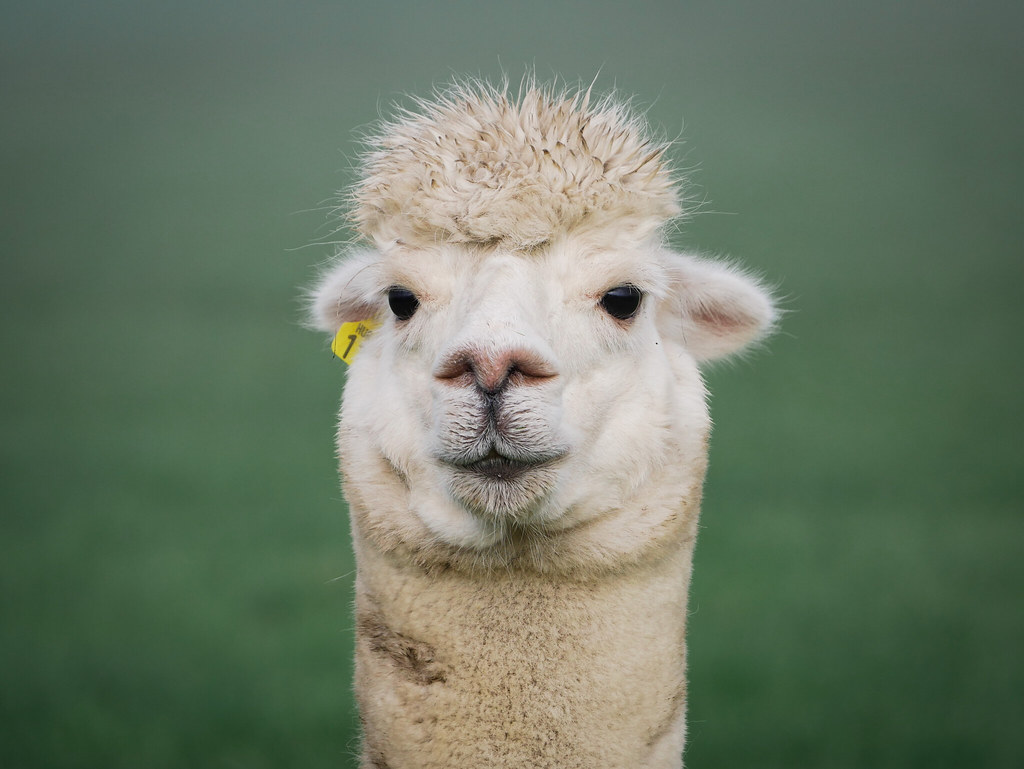 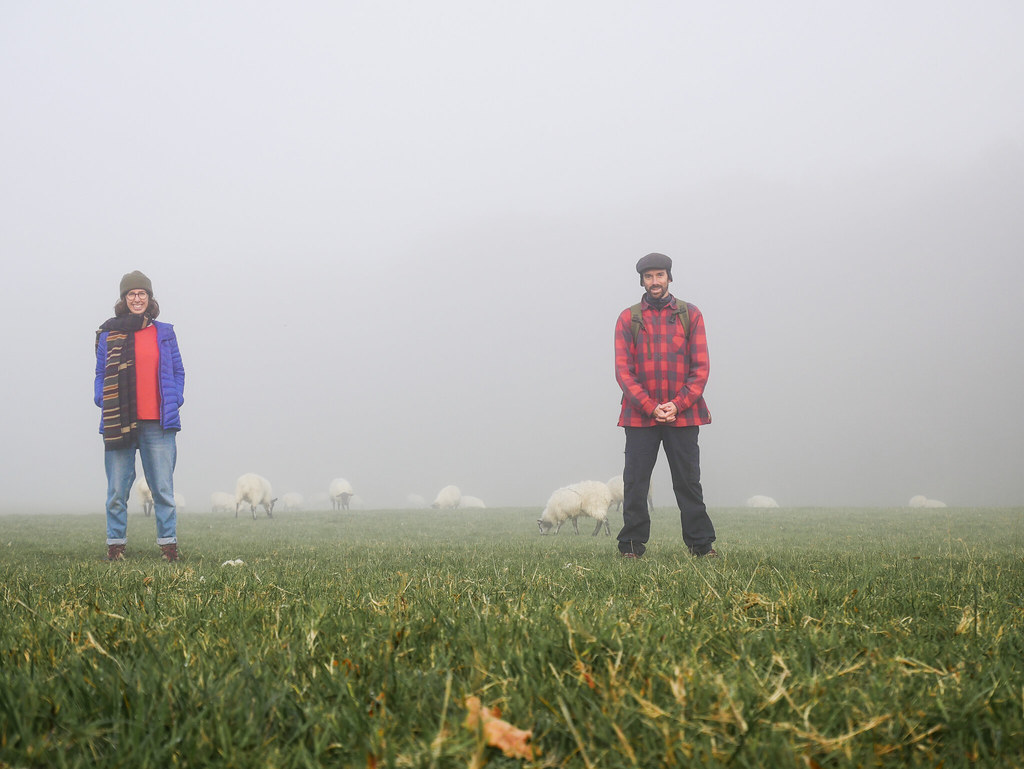