Our boots quickly filled with snow as we walked along the powdery trail to the Guvåg hut, a wilderness cabin in Vesterålen. Ptarmigan and rabbit prints dotted the snowy ground as we walked alongside frozen sections of sea, steep mountains and overgrown forest. We visited the cabin last winter and fell in love with the place so we were excited to return for a two day getaway. 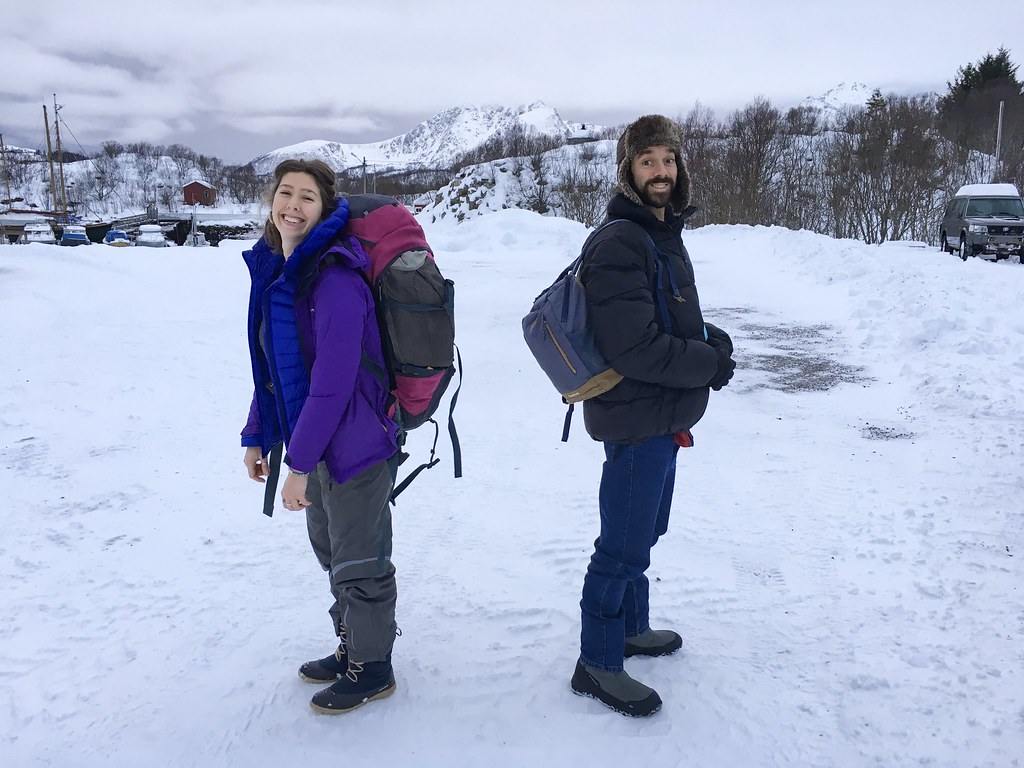 Many wilderness cabins require a key to enter them and luckily we arrived to a closed padlock on the wooden door which meant we had the place to ourselves. It was bitterly cold inside so Craig and our friend Samy quickly made a fire in the wood burner while I gazed out at the fluffy blobs of snow, slowly drifting past the window. 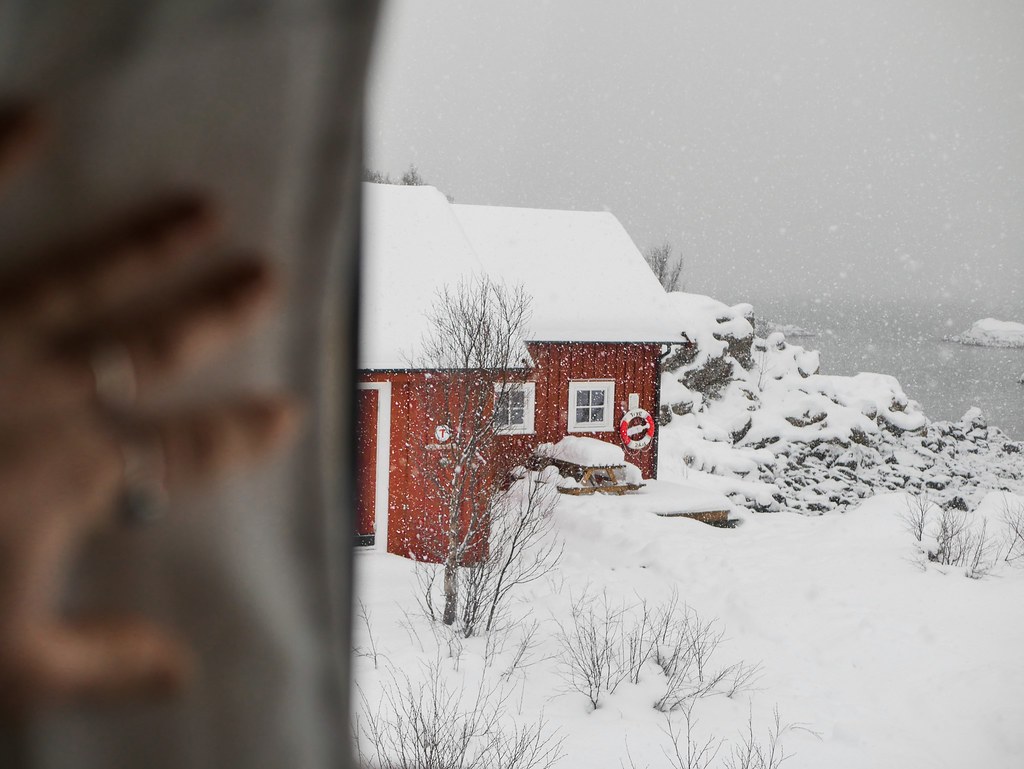 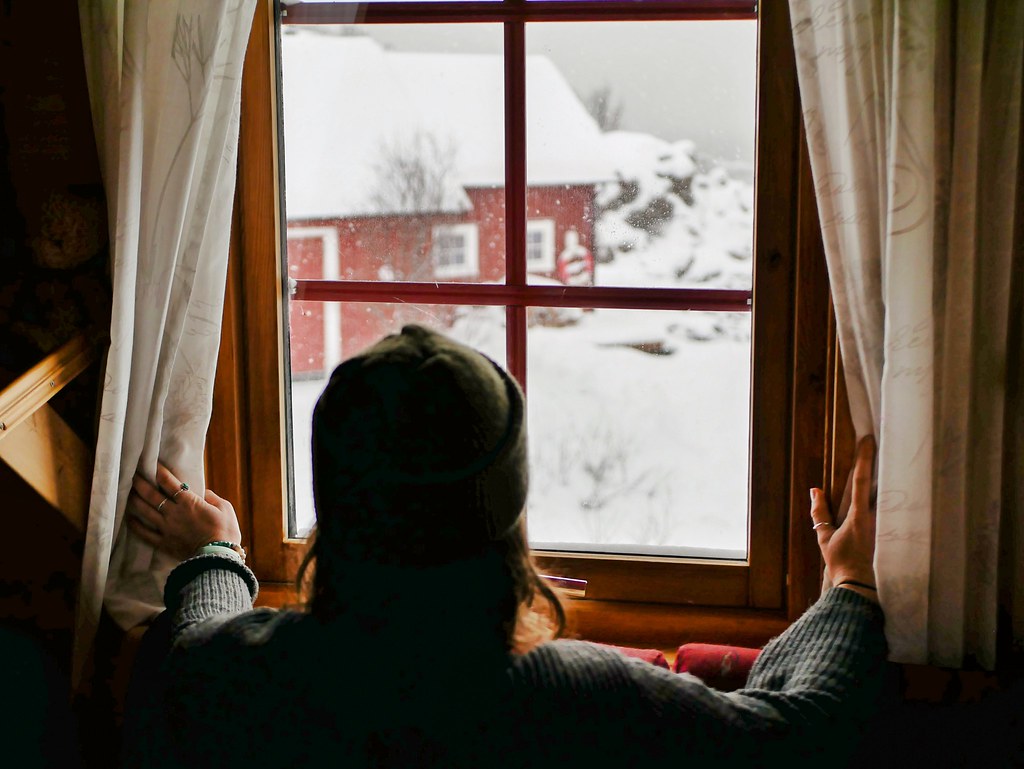 The cabin had an open plan kitchen, diner and lounge, plus four rooms with bunk beds. In the other cabins were canoes and a sauna so it was the perfect location for an active and relaxing holiday. Sadly the wind was too strong on our visit to take the canoes out but we got some good use out of them on last years adventures when we ventured into the frozen Hellfjord. 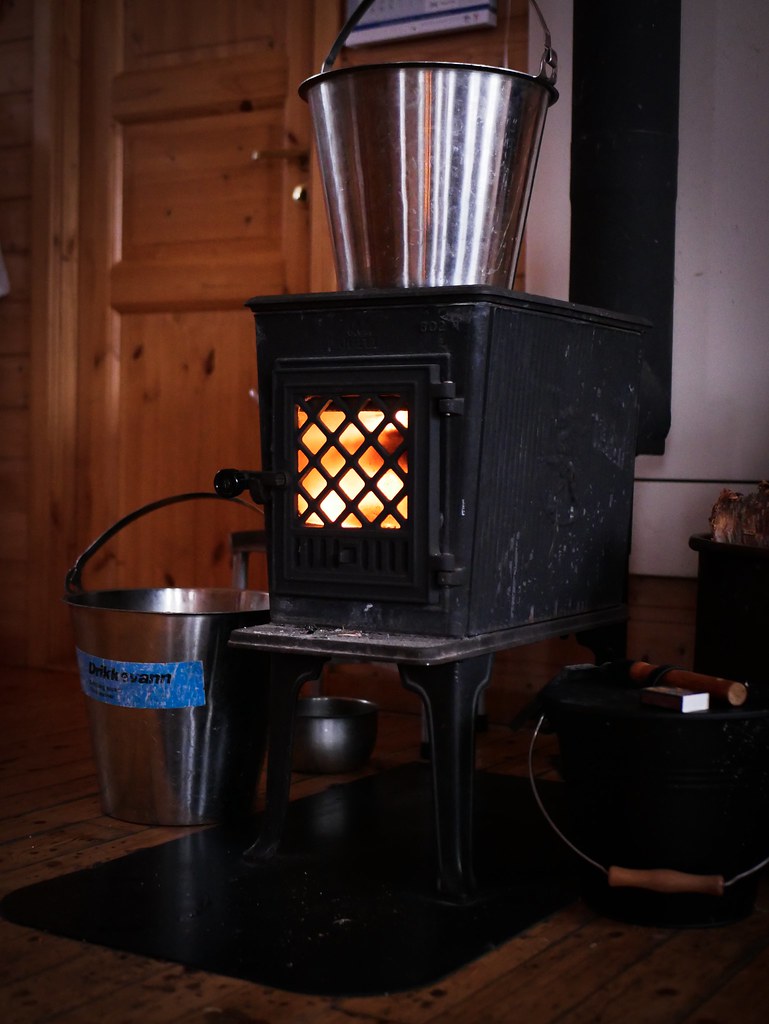 There wasn’t any running water in the hut so we had to walk outside (which kind of sucked in the windy, snowy weather) to use the compost loo and collect water. Craig gave us way too much information when he told us he’d witnessed a poo-stalagmite when he shone his torch into the pit loo due to the below zero temperatures! I have no idea why he felt the need to even look down the dark hole but it was almost enough to make me hold in my wee for the rest of our trip and get a urine infection rather than sit above a 2 meter poo-pillar. 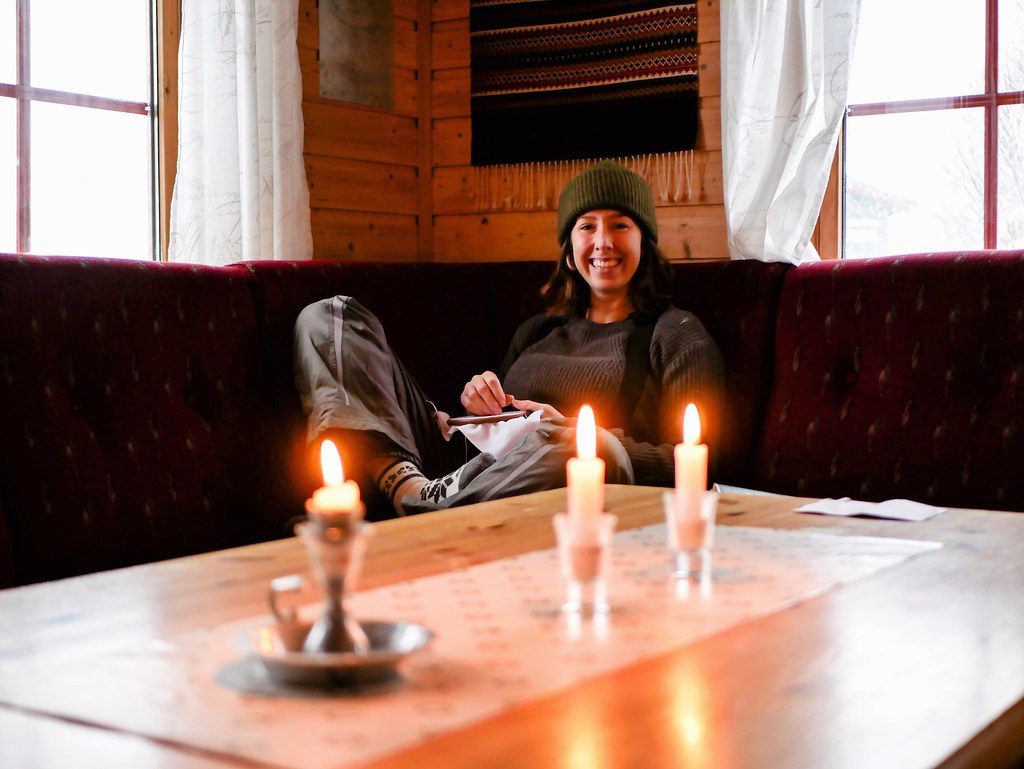 A short walk away was the water source which had a little shelter built around it with a trap door which was difficult to access once snow froze on top of the wooden bar. The water level was really low so we had to step inside the dark, creepy as hell, hole and lean down to collect the water. I somehow managed to avoid that chore but I offered assistance in carrying the buckets back and I always managed to spill half of it on the way.  Seeing as the weather wasn’t on our side we spent a lot of time in the sauna, cooking like we were in a chicken rotisserie. I always love the idea of a sauna but in reality I end up finding the hot air too claustrophobic so I constantly run in and out to cool off. Rolling in the fresh, fluffy snow was a welcome relief when things got too hot and I certainly appreciated the sauna after helping fetch some buckets of water as I had the most intense burning sensation in my feet from walking barefoot in the snow.

We had a cozy night in the warm cabin, eating a homemade chilli and playing card games. Thankfully after the full day of snow we woke to clear skies and it was a perfect winter day in the Arctic. The sun slowly pierced above the mountains and turned all the fresh snow into a peachy glow. We wanted to go for a walk but snowshoes were really required. We tried anyway and went up the mountain behind the cabin. Craig vanished and was way ahead while I struggled to make it up a steep slope which kept defeating me and causing me to slide right back down. By the time I reached the top Craig said “what took you so long? I’m heading back down now”. There was a beautiful view of the fjord and snow-capped mountains which I managed to capture a few snaps of before I had to chase the boys back down. They of course took an even more precarious route back so I gave up trying to race after them and did my own walk. I waded through the deep snow along the coastline and around to the next bay. A section opened up and it was hard to tell if it was a field under the snow, a lake or the sea but I headed that way knowing if I crossed it I would end up on the main trail and have an easy trip back. I didn’t get far when I felt the ground crack under my right foot. I took one more step, just to check it wasn’t my imagination and the same thing happened so I quickly retreated to solid ground. I looked at a map later on and found out that it was a small section of frozen sea. 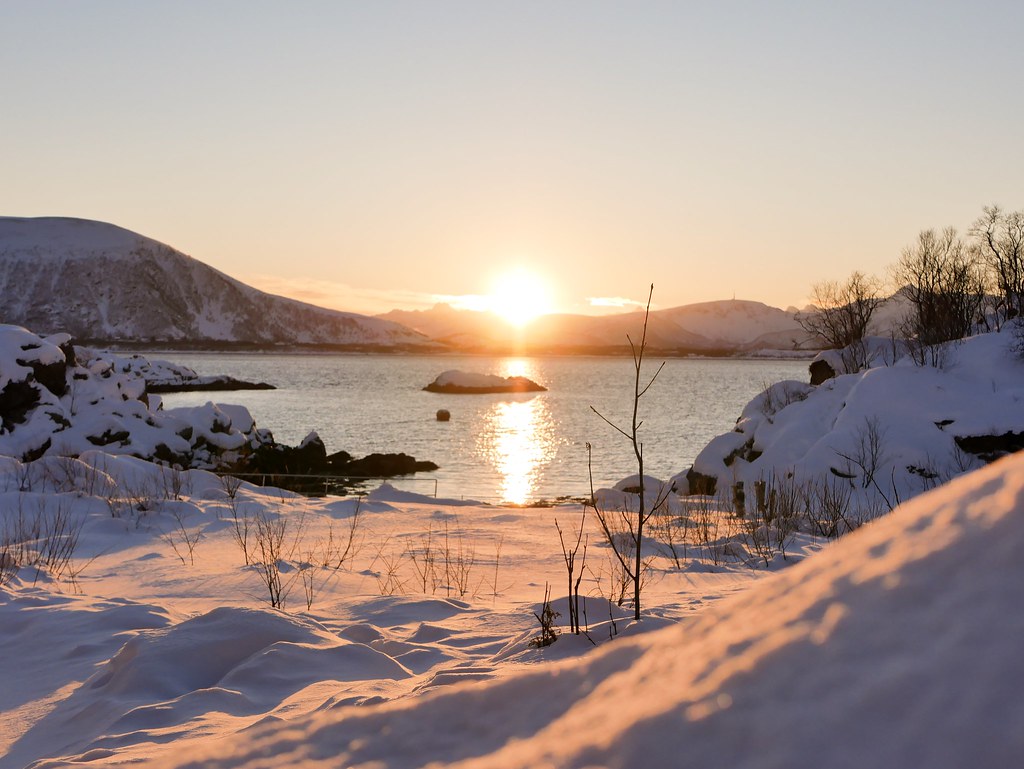 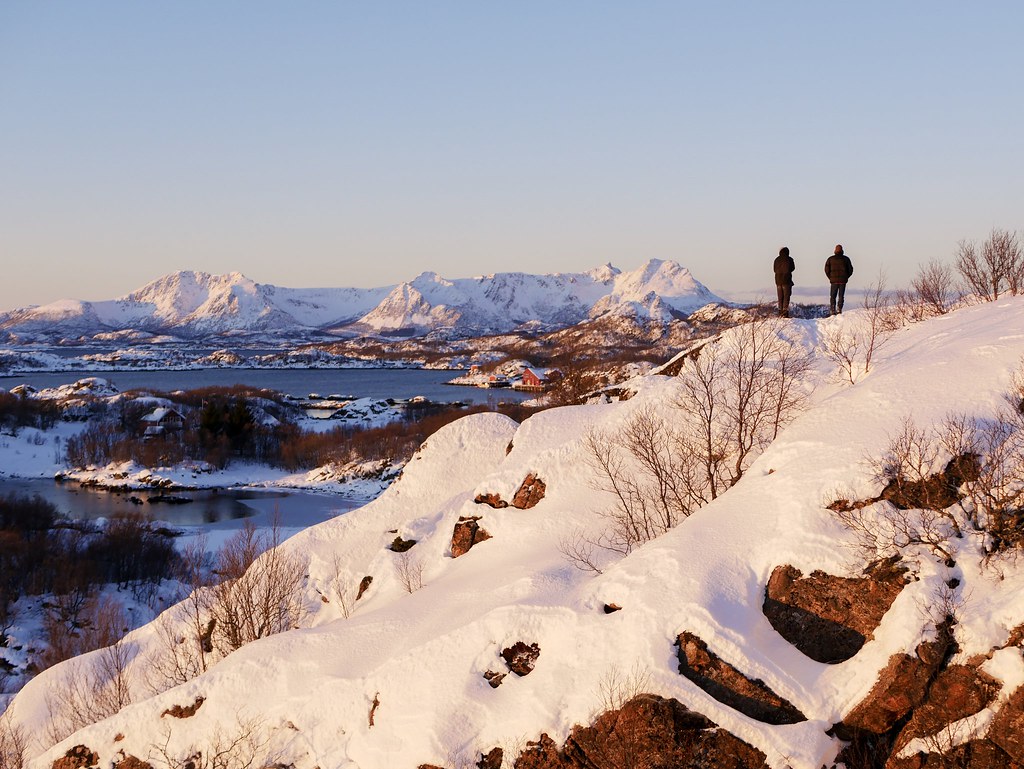 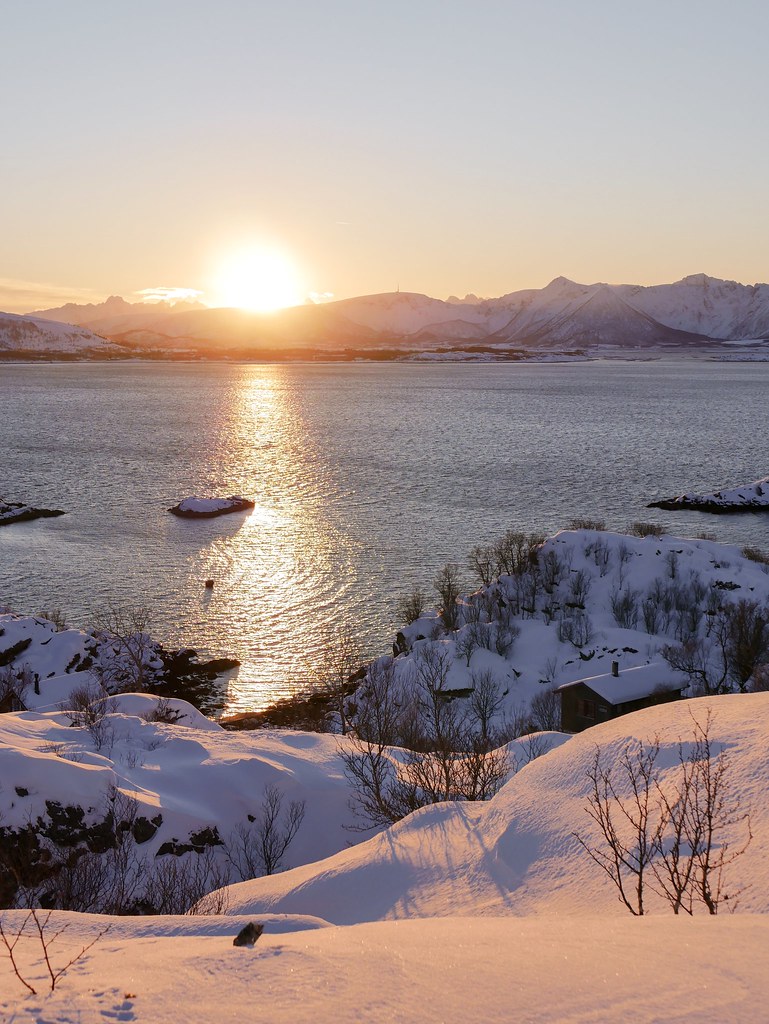 We stayed until sunset when the clouds turned pink and the rocks along the coast were glowing red like embers on a fire and then we heated up the sauna for a final sweat. The wind had picked up and we heard the door swing open, Craig said if it swung again he’d get out and close it. I flicked some water on the fire which made a loud sizzling noise but just as it did we also heard an odd noise outside. We all looked at one another, questioning if we were going mad because it sounded like someone or something was there and as we pushed the door open our boss was standing there with a torch shining under his face and we all squealed like girls. He’d come to pick us up so we packed up our stuff and headed back with our head-torches lighting up the dark trail. Craig had gone ahead with a big piece of drift wood we found and he suddenly shouted to us saying a Ptarmigan was coming our way. Samy (who’s obsessed with these birds) and I looked up at the perfect time as our head-torches lit up the flying Ptarmigan like a spotlight on a film-set. It really stood out with its white feathers against the dark sky and amazingly it landed just a few meters away from us. It seemed to just be staring at us for awhile and then it took off into the darkness and we headed back home. 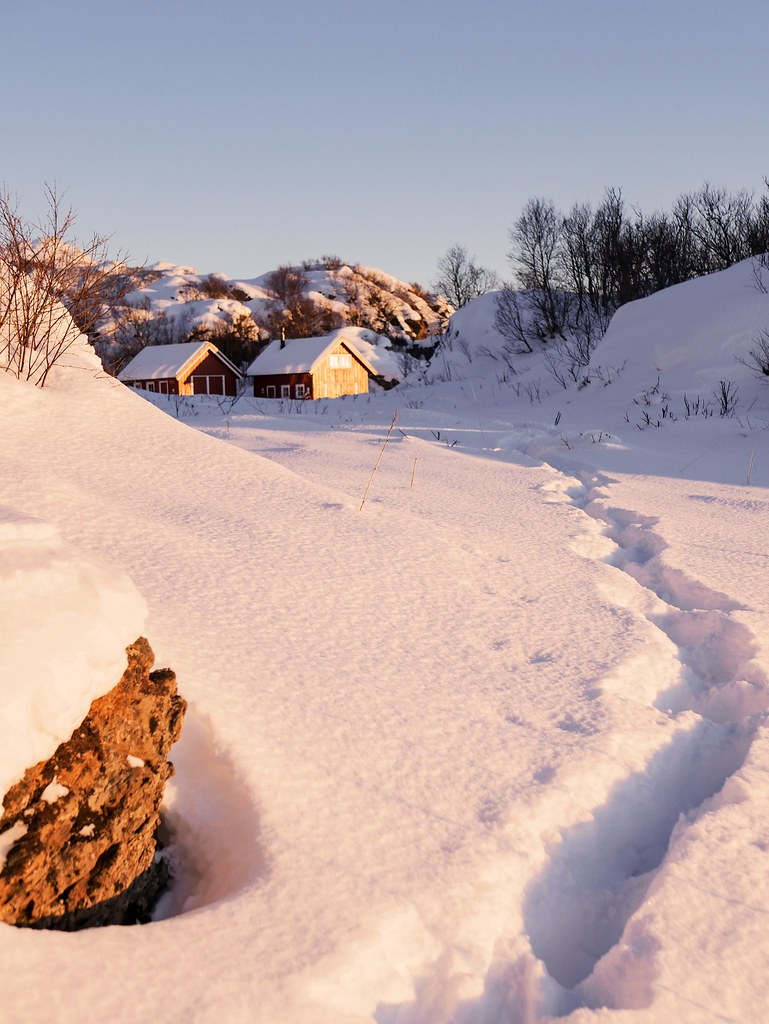 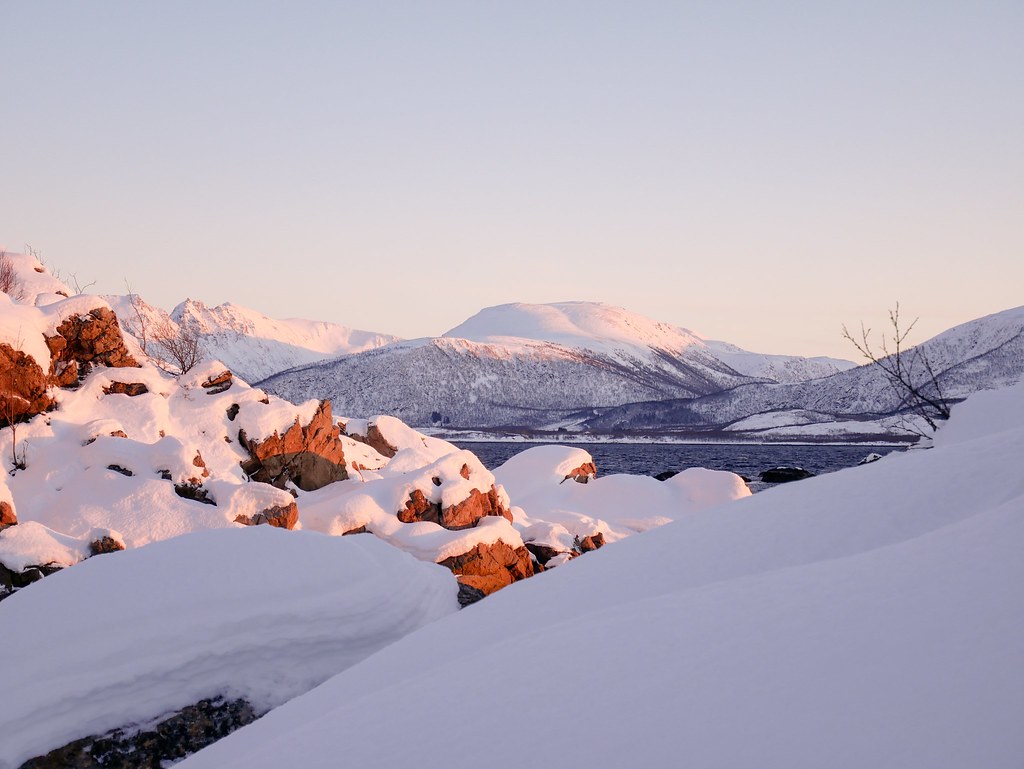 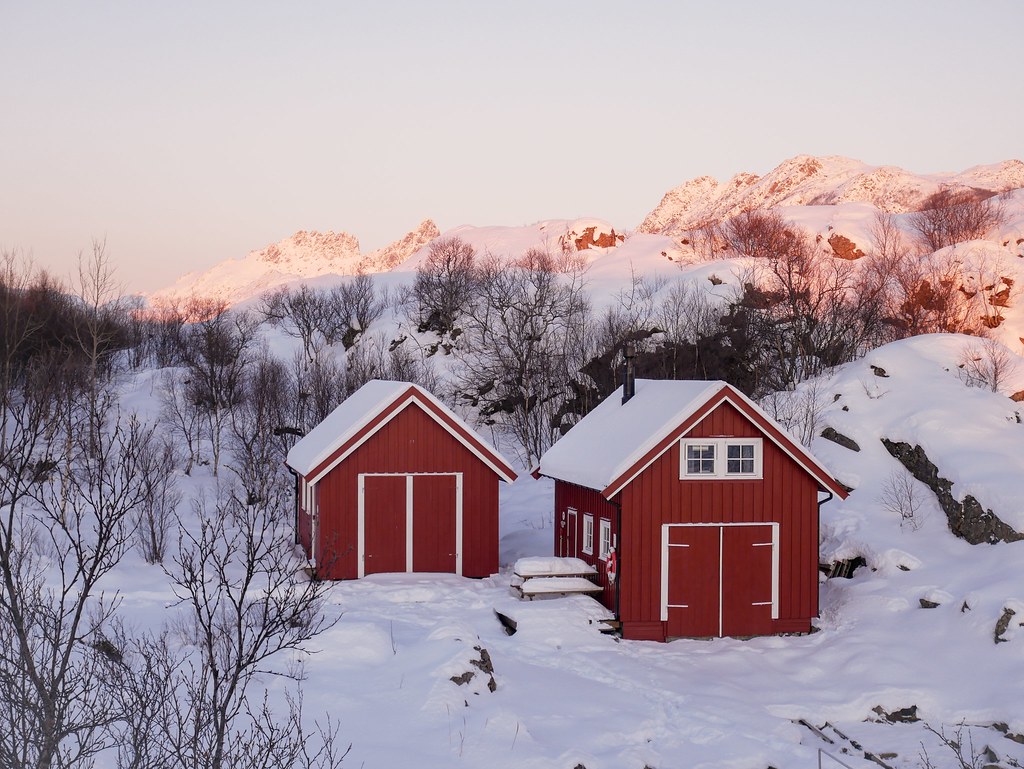