It took a bit of effort to reach Vesterålen in Northern Norway where we were returning for the winter season. We left my mums house at 8am and landed in Oslo just as the final rays of sun dipped behind the horizon. It was the last time we’d see the sun for a whole month as it isn’t rising again in the Arctic until the new year. Once we arrived at Evenes airport we had a two hour bus ride through snow blizzards and then a one hour car journey back to the tiny village which is home to just 25 residents. We arrived at about 11pm so it was a hell of a long day but we were happy to be back. 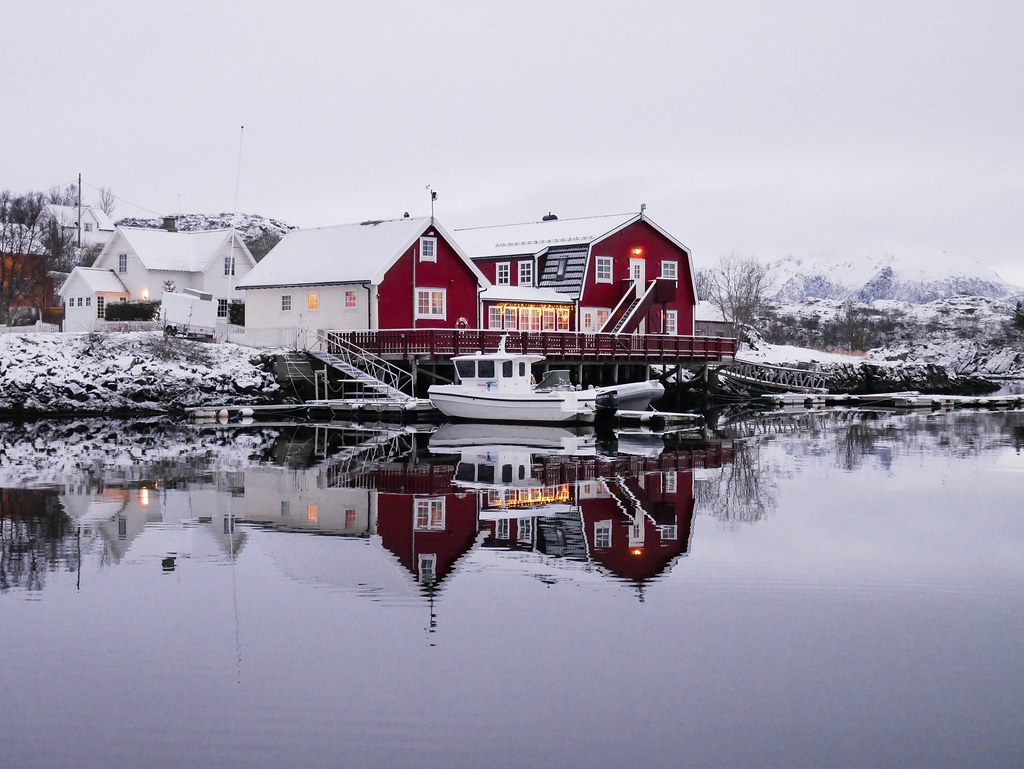 Our first day was magic, we woke to a thick layer of fresh snow which I waded through to get my breakfast in the main building. Everything looks better when it’s covered in snow, the property is on the coast so from the balcony we have an amazing view of all the white islands in the calm, dark sea and snow capped peaks in the distance. We had a busy day ahead of us but it was hard to focus as the sky erupted in colour from about 10:30am. Fluffy clouds soaked in all the fushia rays and filled the sky with colour. It was so intense that the pink hue reflected in the sea and changed the water surface so it looked like it was on fire. When darkness returned we had a nice evening with the guests down in the community cabin beside the fjord where we cooked moose meat on a fire. 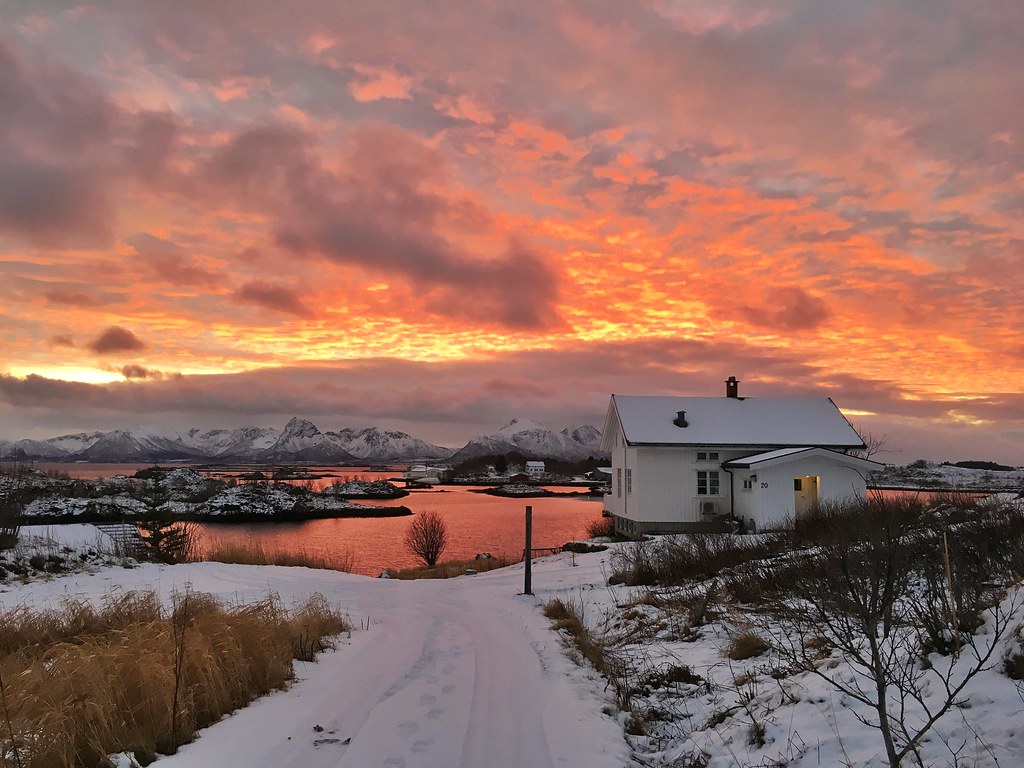 We spent last winter in Norway and arrived just as the sun was coming back and it’s a crazy thing to witness; the first day there’s 30 minutes of sun, within a week there’s 2 hours 45 minutes and after two weeks there’s 4 hours of sun which is pretty mind boggling. But now, we have no sun as we were curious to see what it was like. It’s actually not as dark as we expected, there’s still the beautiful pre-sunrise colours even though the sun is below the horizon – BUT if it’s cloudy (which is has been most of the time) then there’s just a twilight-vibe from about 9am – 2pm and then darkness. 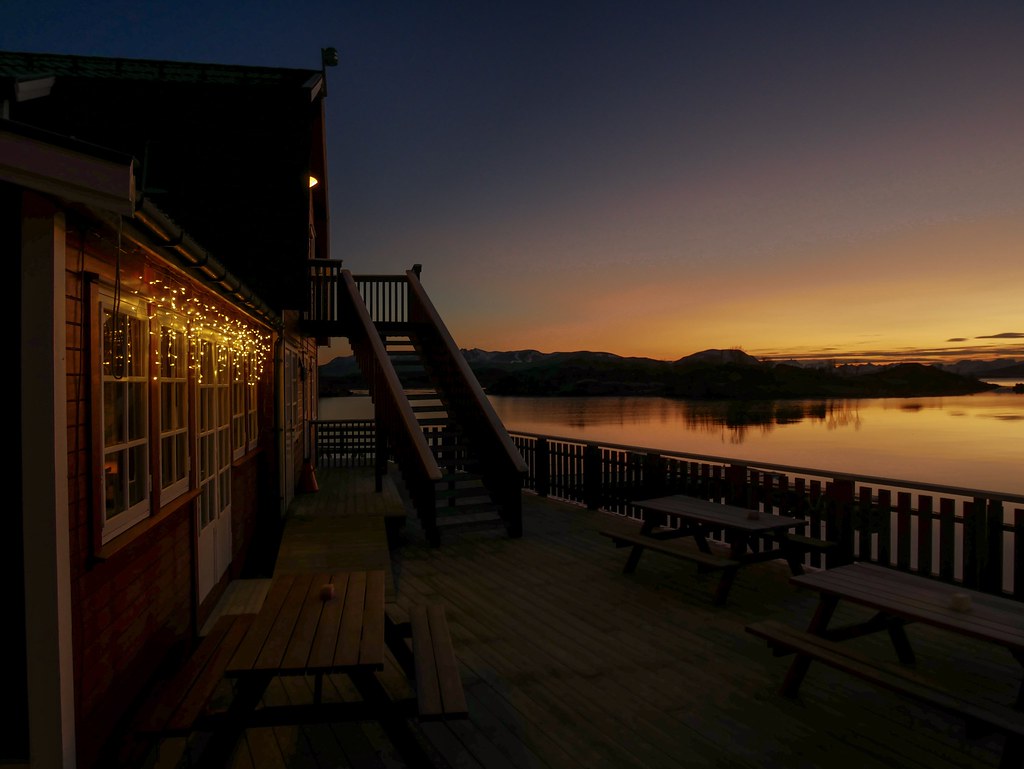 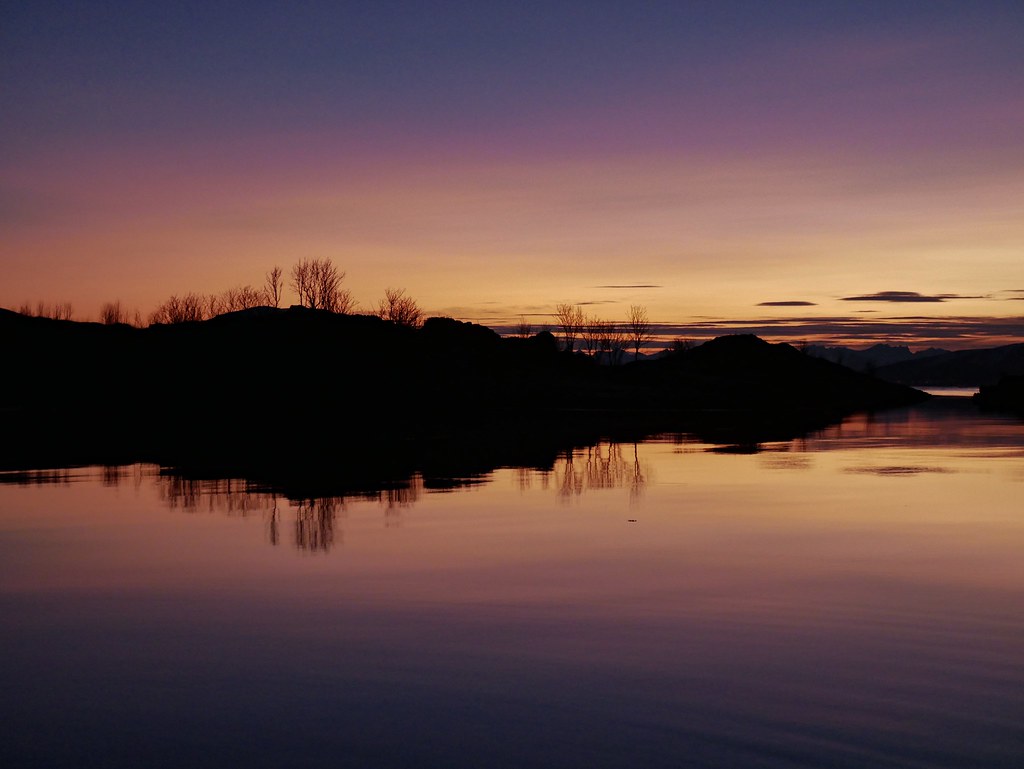 Since our first day the weather has taken a turn for the worse. We’ve had rain and thick clouds, the snow has all melted and the islands have turned black again. The problem is that the clouds make it so dark outside and it almost feels apocalyptic. I’ve started to wonder if Mother Nature has messed things up and removed the sun forever. We’ve still had a few typical Arctic ‘sunrises’ which last for hours so it hasn’t all been bad and we’ve enjoyed spending the miserable days inside doing craft projects. Craig’s started carving wood and soon enough we will have a full wooden cutlery set for our next campervan. 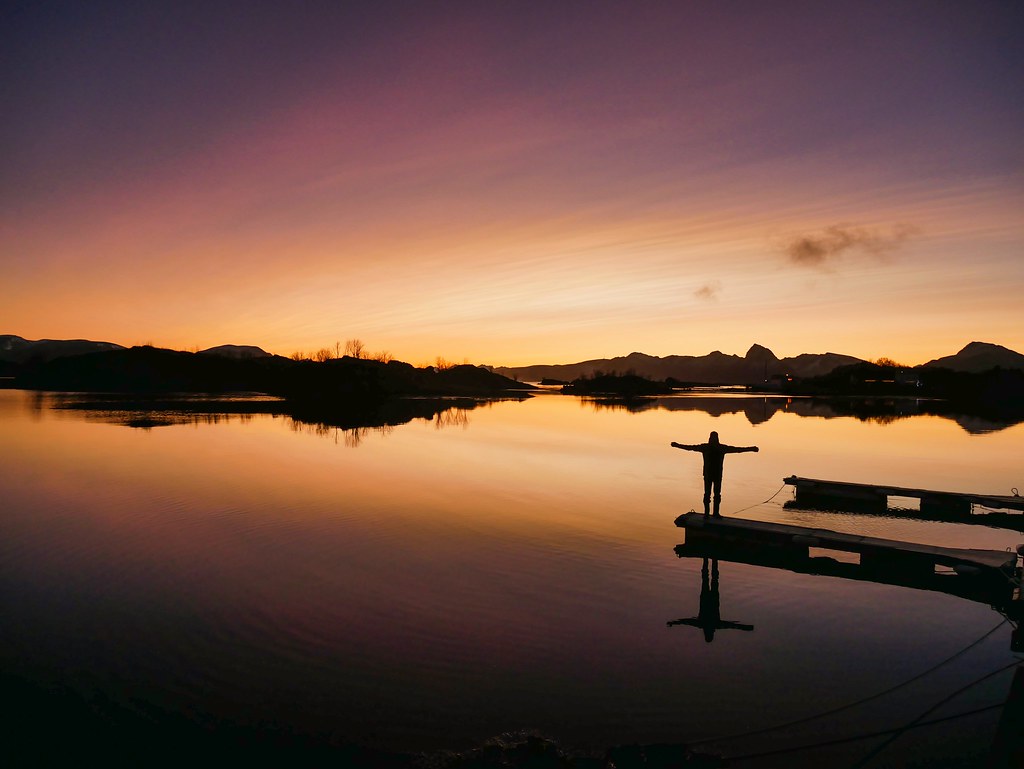 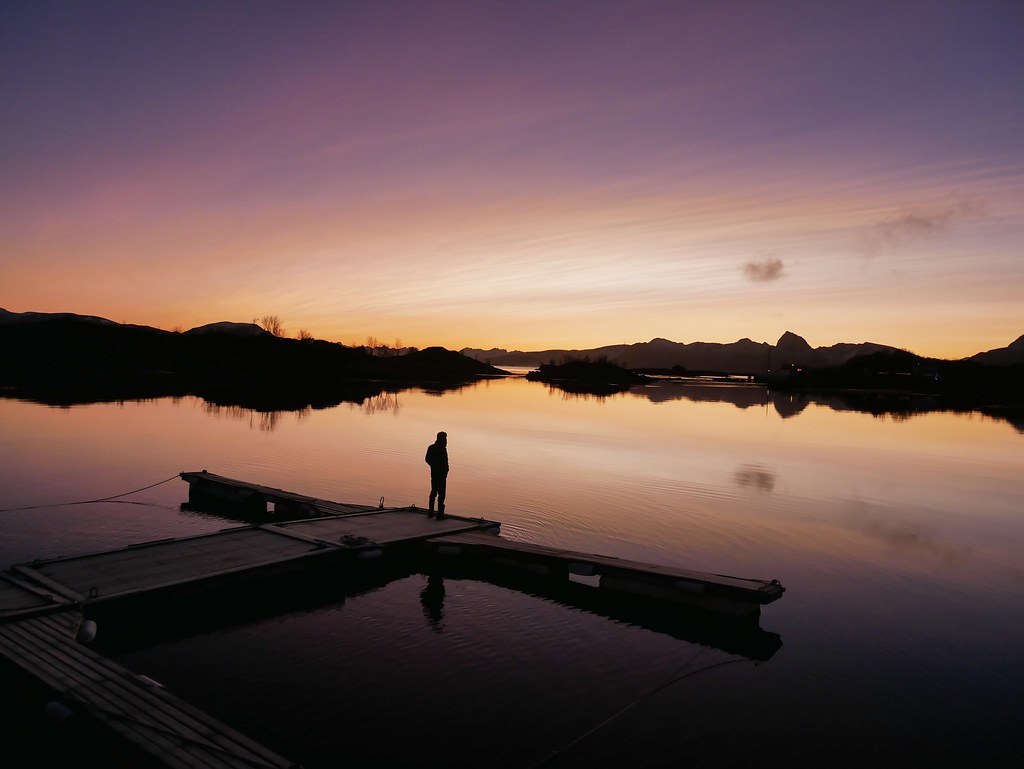 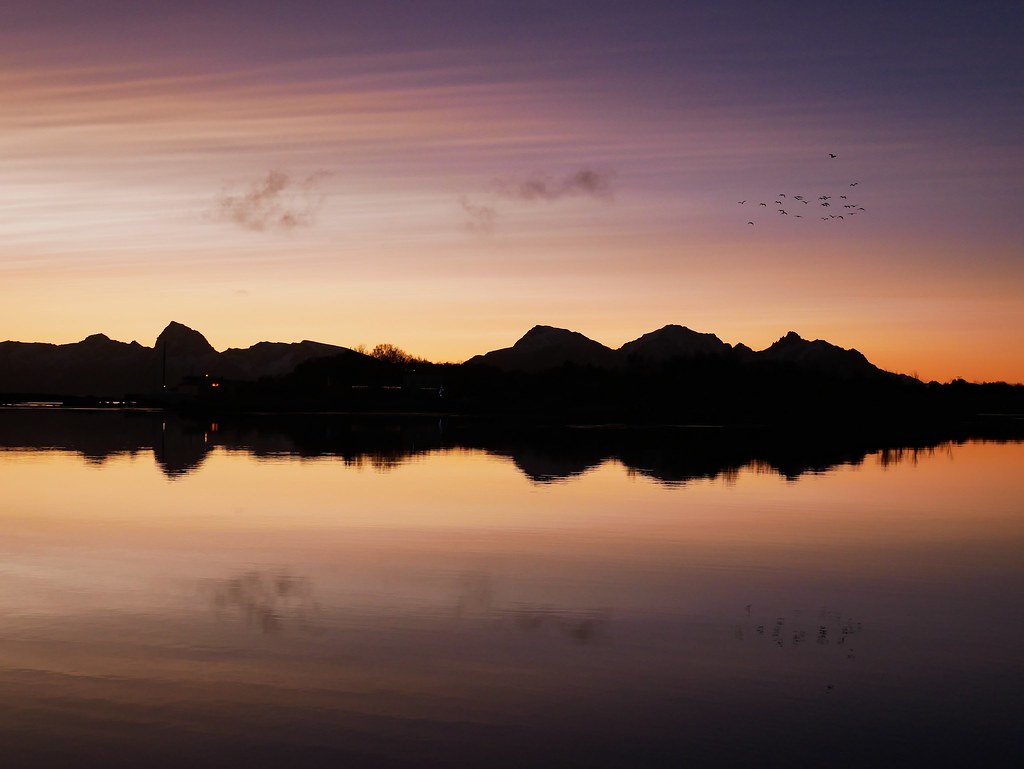 Another downfall of the cloudy weather is that we’ve barely had a chance to witness the northern lights, last year we saw them most nights due to the clear skies. We did have one small show on an evening drive back home which was pretty exciting and then finally a good show after three weeks here. It started with a bright green plume behind us, stretching over our heads and down on the horizon. The green light reflected in the sea and soon enough a mild corona happened. A corona is the dogs bollocks of aurora activity and it’s basically a hole that forms in the atmosphere of the sun. It makes an easy route for solar wind to flow out and it creates the most insane show with colourful lines spiralling around a central point in the sky. It was a great show but the colours weren’t as intense as we saw last year…the problem is we’ve been very spoilt!! But boy did it feel good to see them again. 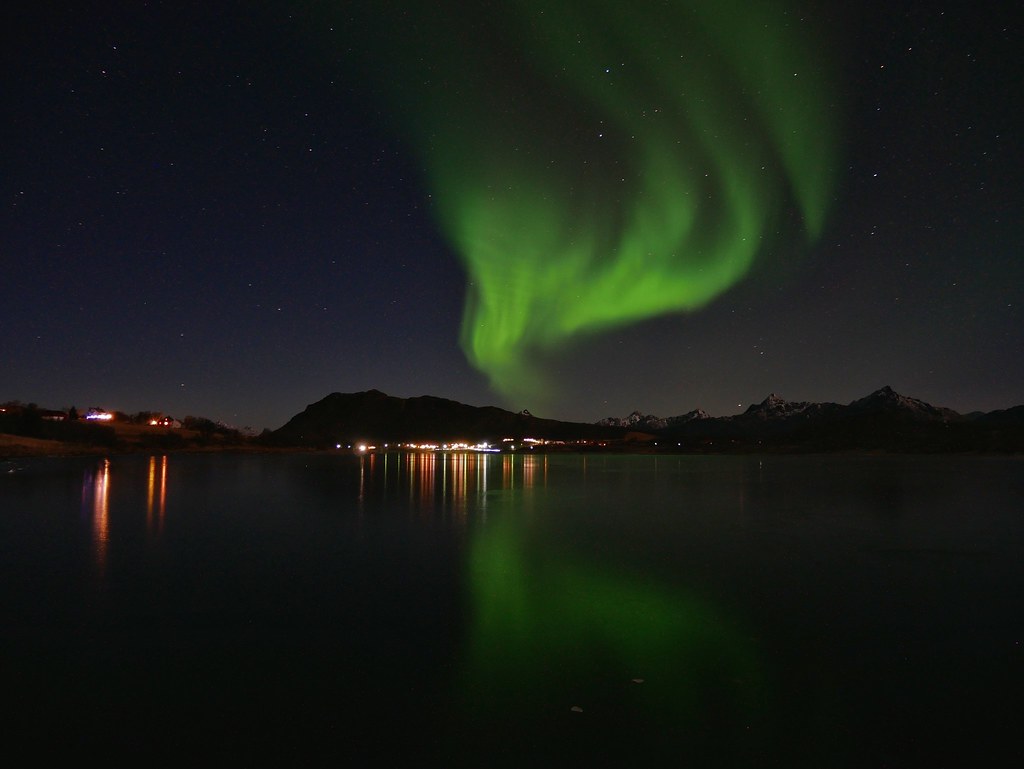 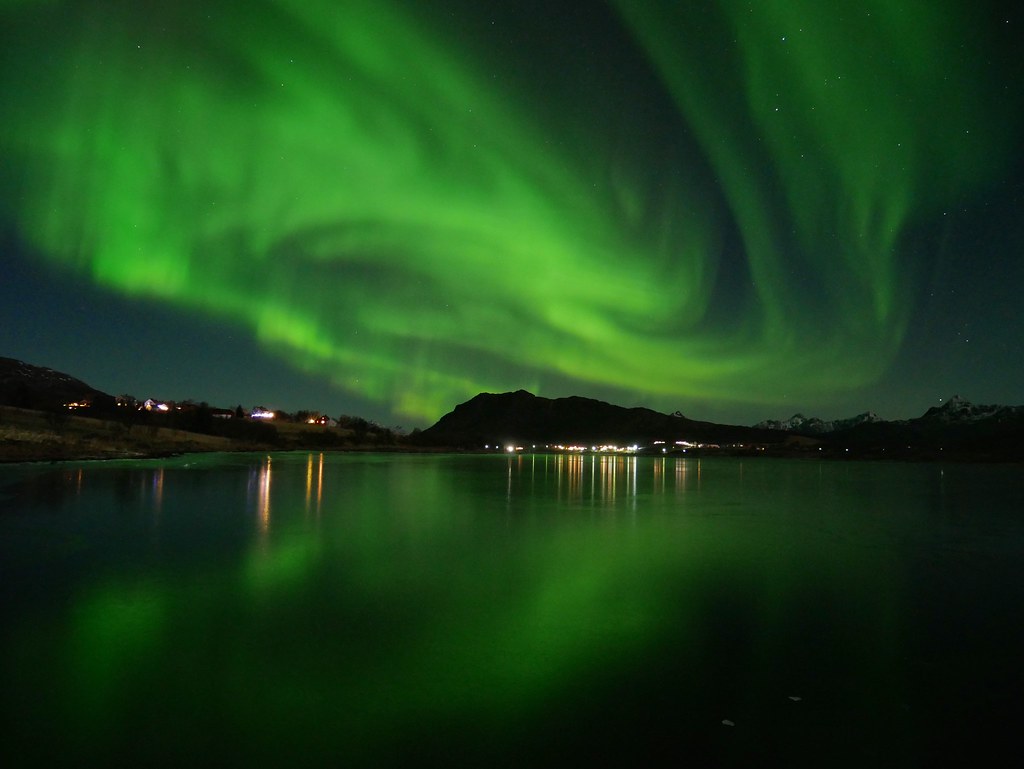 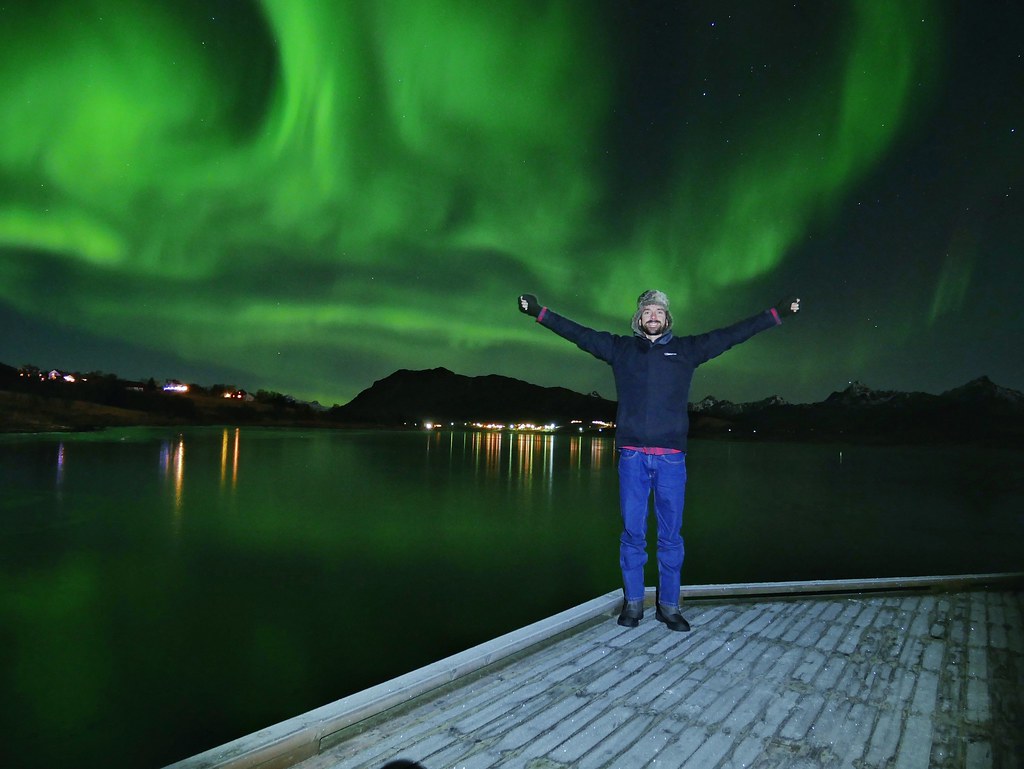 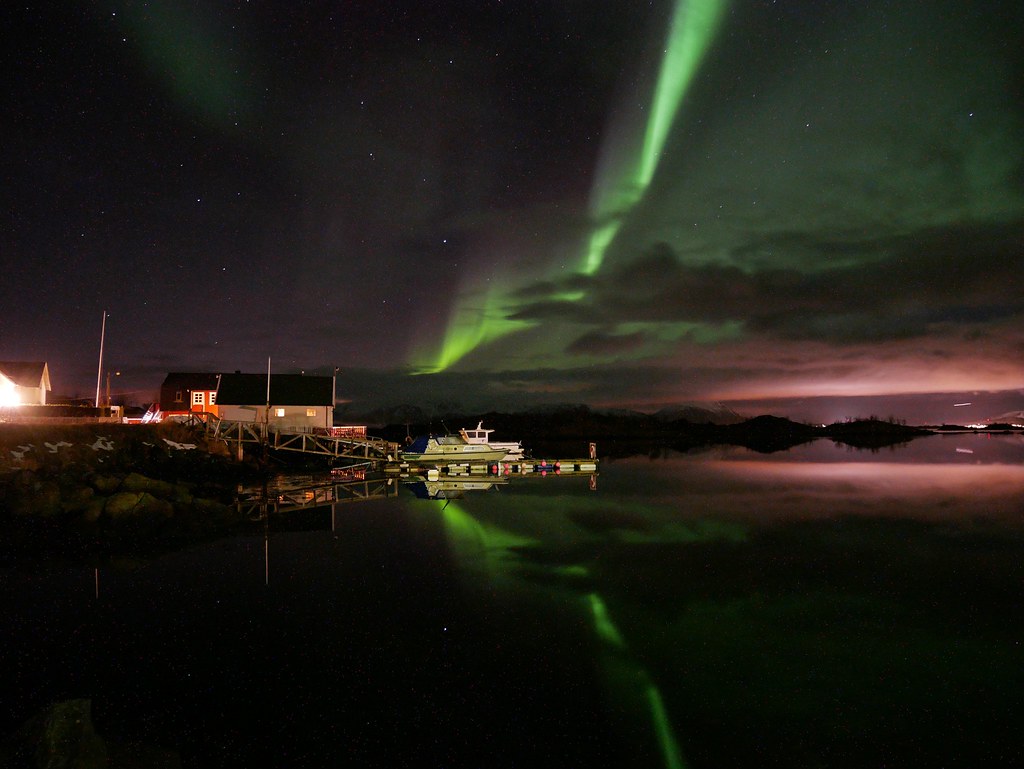 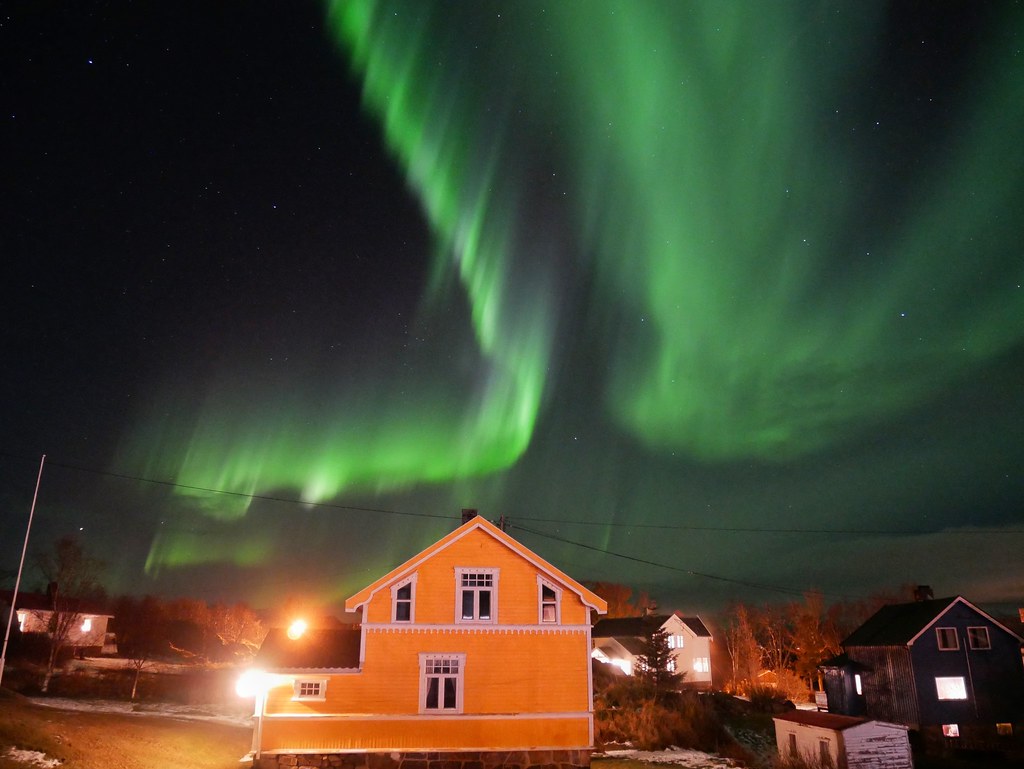 After one month we waited patiently for the day to arrive when the sun would rise above the distant mountains. A group of guests departed on an eagle safari just as the sky was turning into a cotton candy dream. We cracked on with work and prepared some yummy soup for their return but I couldn’t help but stare out the windows as the clouds were constantly changing colour and shape. We saw the sun lighting the tips of the mountains for the first time so we ran out expecting to see the sun but it still wasn’t there. I pulled this false alarm three times until our boss suggested we clean the restaurant windows after a recent storm covered them in salt spray. It gave us a great opportunity to stand outside and await the sun. It also happened to be our boss’ birthday so once the windows were sparkling (which is quite difficult to achieve as the hot water freezes on the glass!) we popped open some Prosecco and enjoyed a drink in an alfresco bar with a killer view. 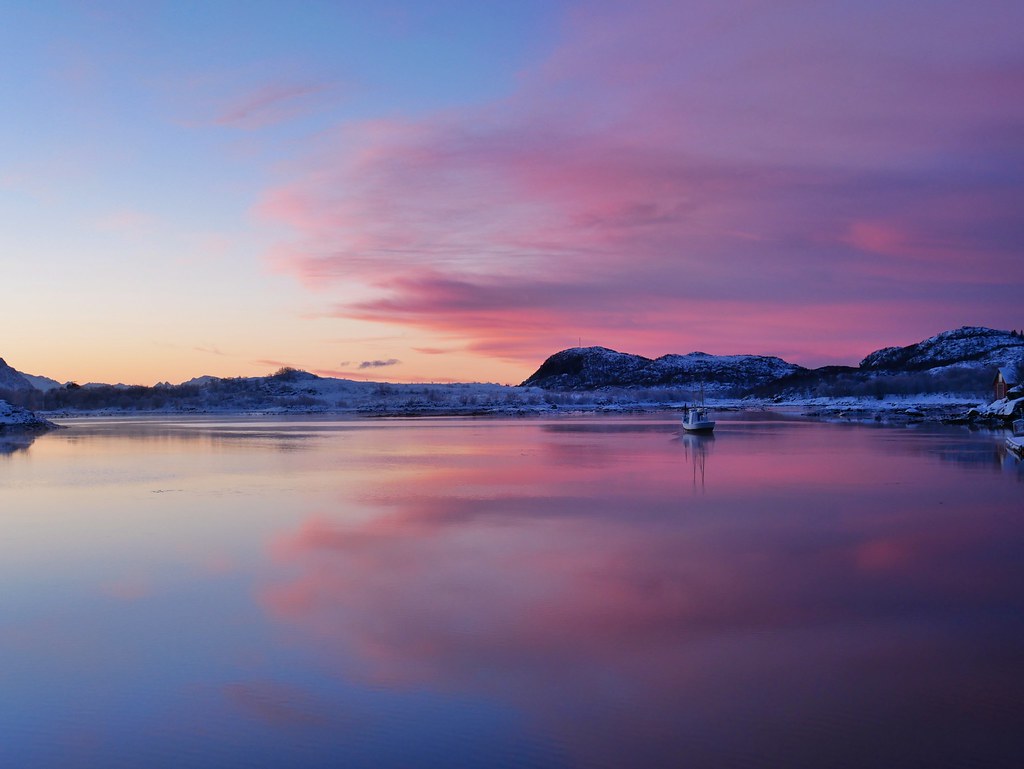 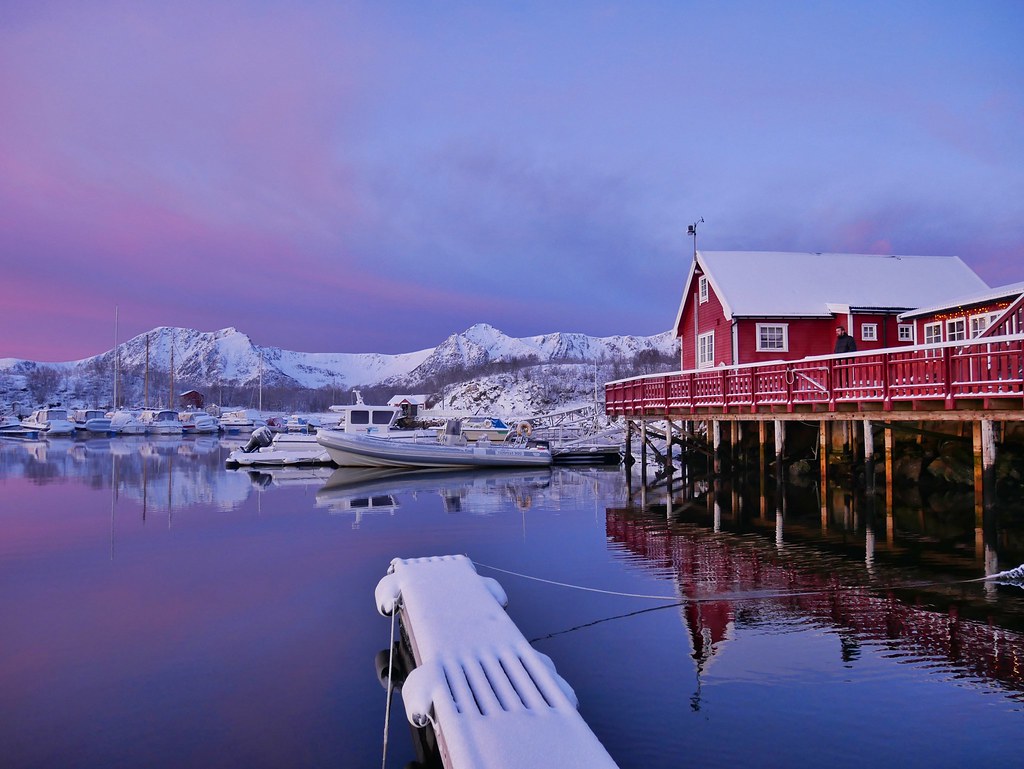 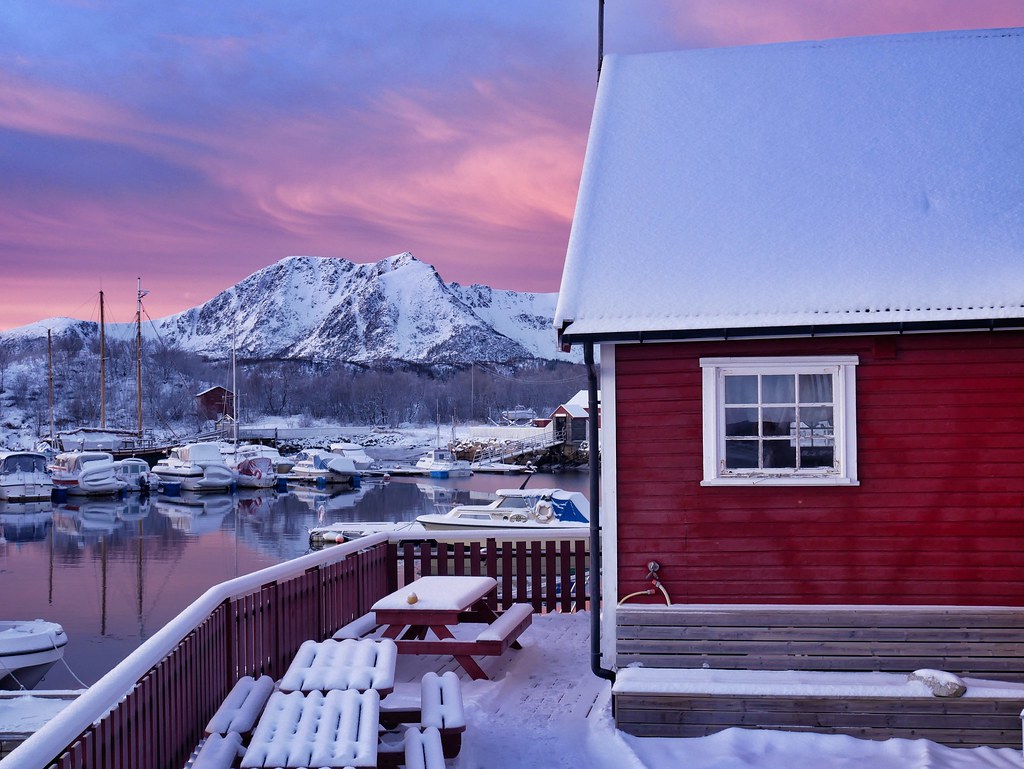 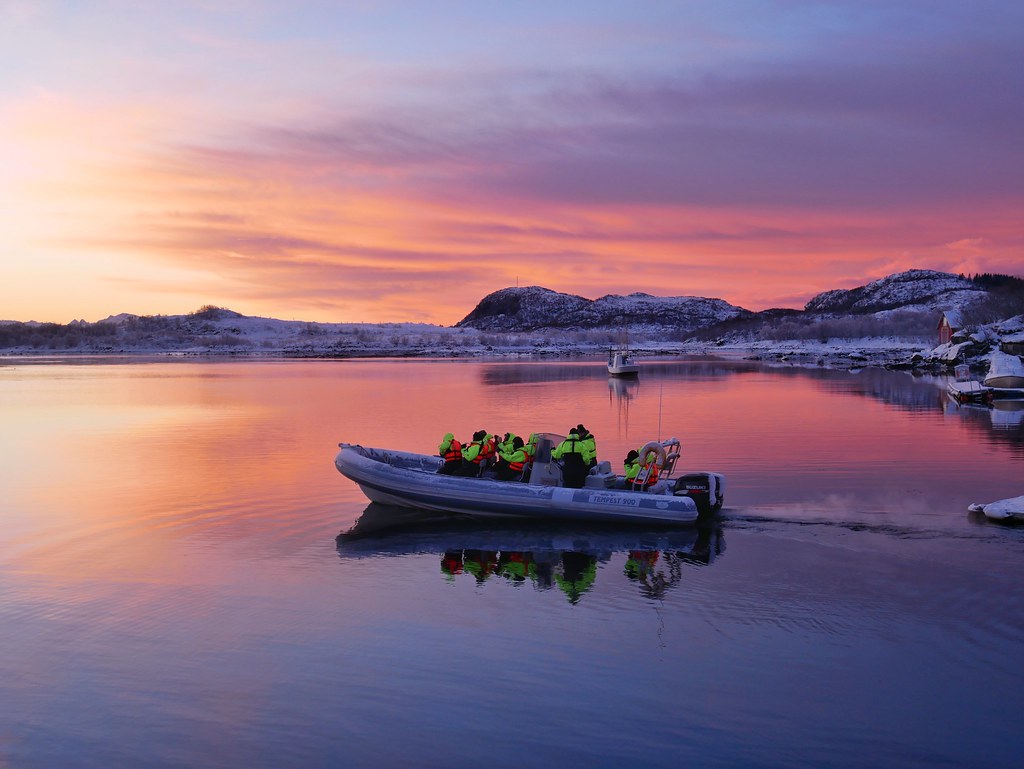 At that very moment the sun suddenly rose above the mountain and we were whooping and cheering like it was the first time we’d seen it in our lives!! Actually in reality there was a lot of excitement mixed with hesitation like “wait, is that the sun? I don’t know…it must be the sun, it’s moving…OH MY GOD ITS MOVING, it’s officially the sun!!”. Four minutes later and it was gone. 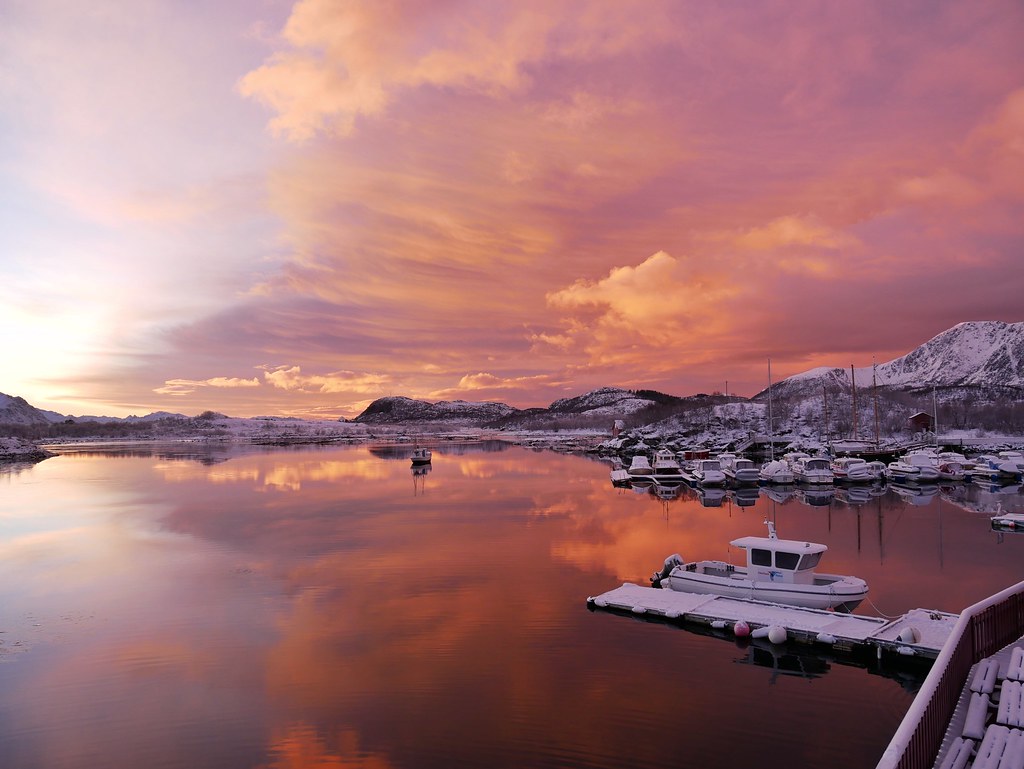 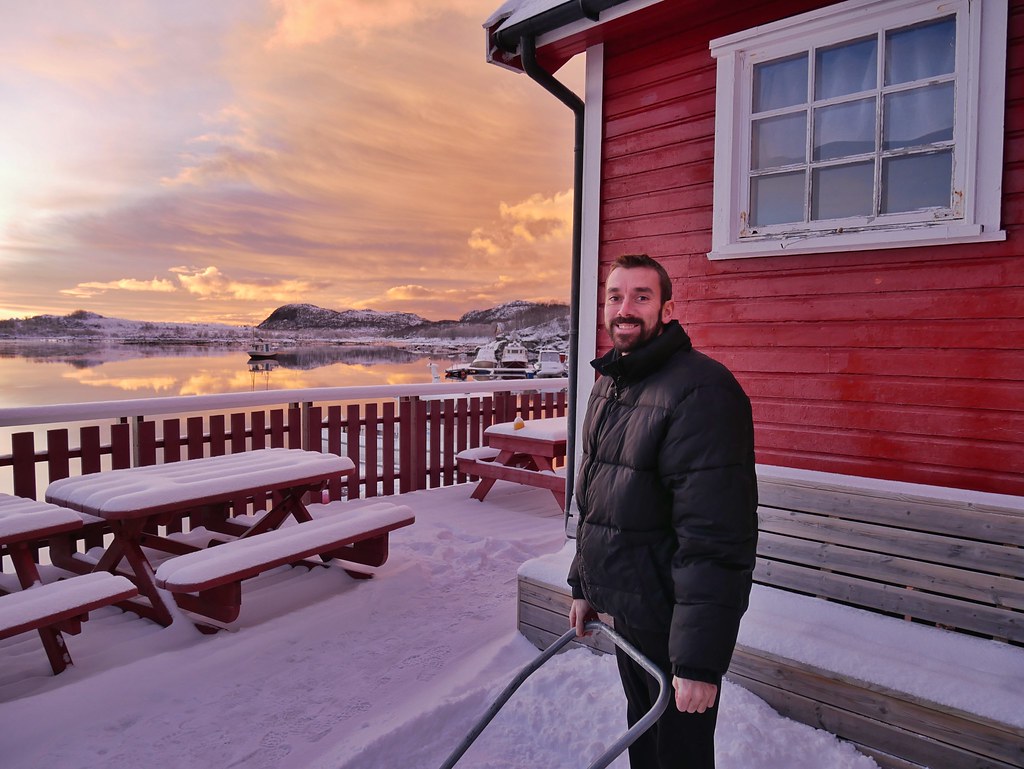 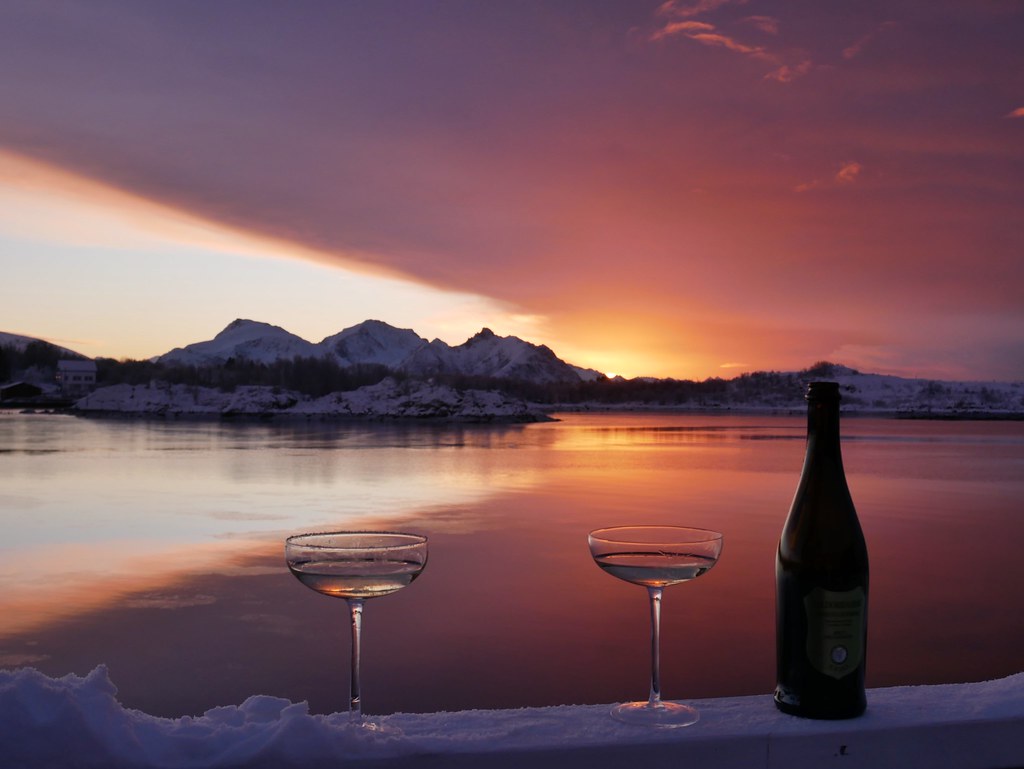 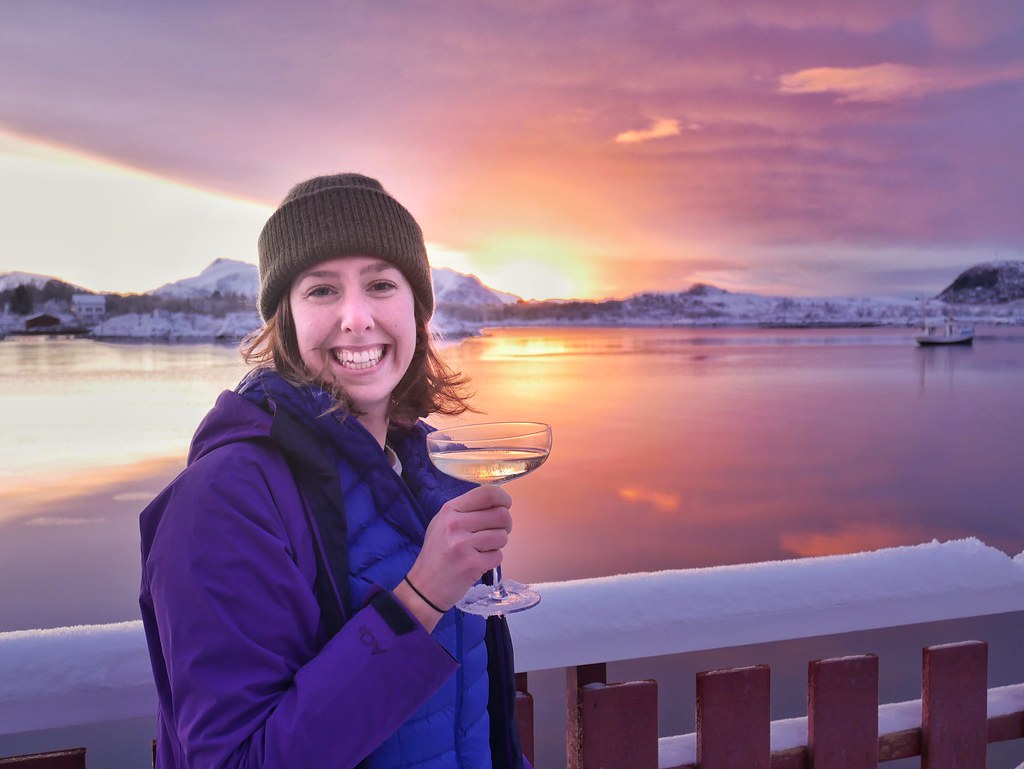 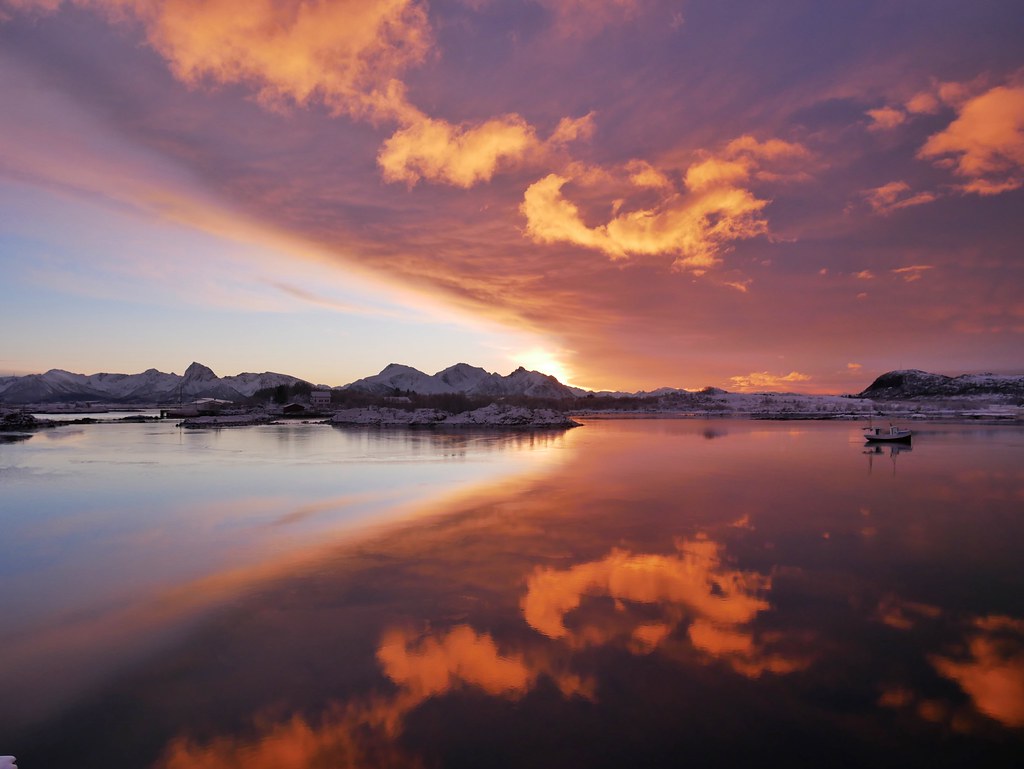 Those three hours were why we came back to Norway. Three whole hours of sunrise blending into sunset with the most vivid colours staining dramatic storm clouds – it was perfection, I salute you Mother Nature! 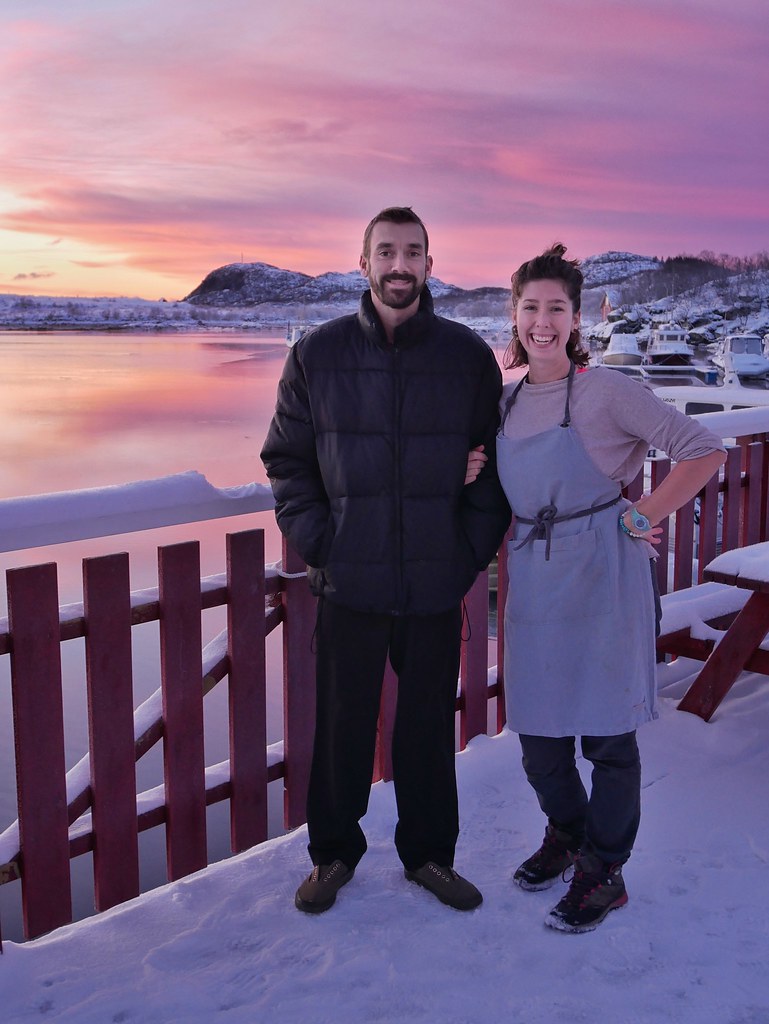