I have a bit of an obsession with dolphins, I’ve always dreamed of seeing them swimming in the bow of a boat, jumping and playing in the sea around us. We pretty much experienced this in Alaska but instead of dolphins it was porpoises…to be fair their even cooler as they are back and white so they look like baby orcas, but we will usually try to go on dolphin trips wherever we are. 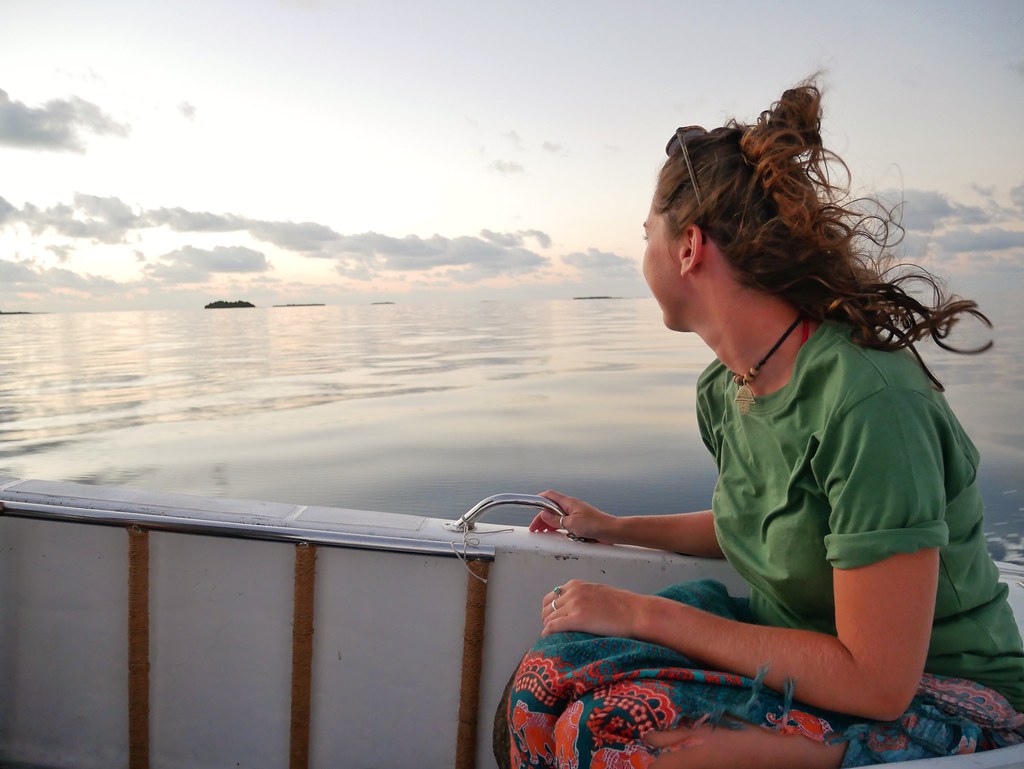 We’d already been treated to some dolphin sightings from the beach in Dharavandhoo island, they’d swim parallel to us and we’d always try to swim out to say hi but get too scared about the drop-off. So for $25 each we went on a sunset dolphin trip in our hosts boat and the conditions couldn’t of been more perfect. The sea was so calm that it almost looked fake, like a scene from the Truman Show where the weather and conditions were controlled by a production team and we were on a huge film set. We headed out of the Atoll, away from the cluster of islands and into the unknown searching for dolphins. If they were there we would easily see them as the sea was perfectly flat. The sun was lowering and the puffy clouds began to change colour and reflect in the sea. 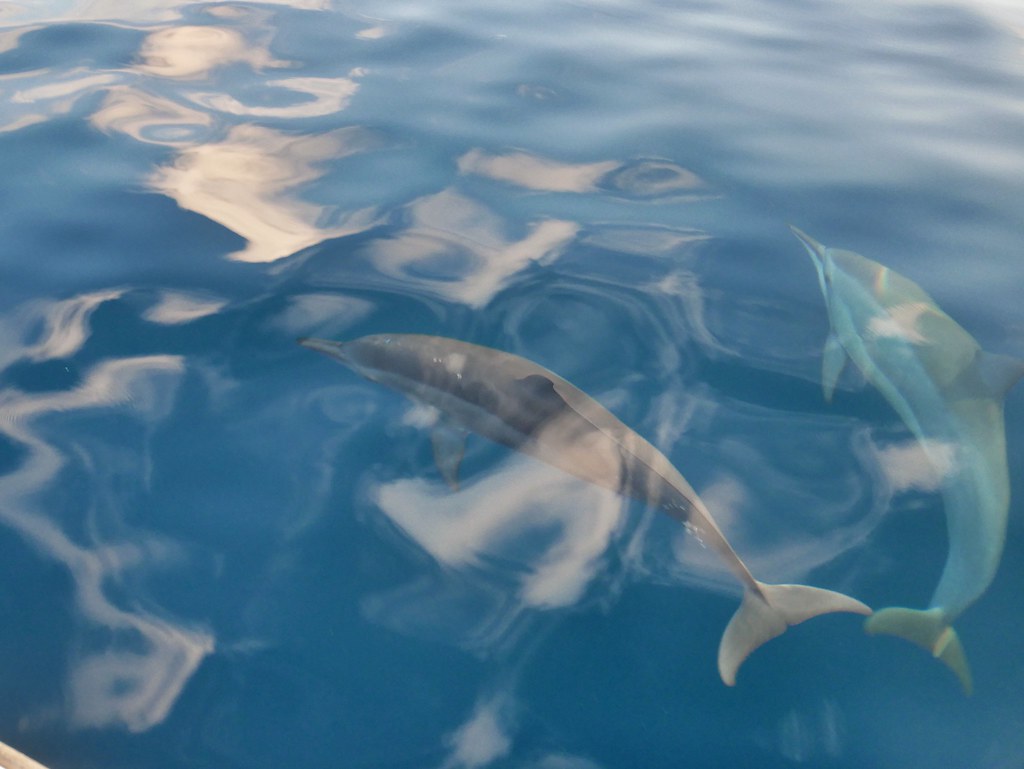 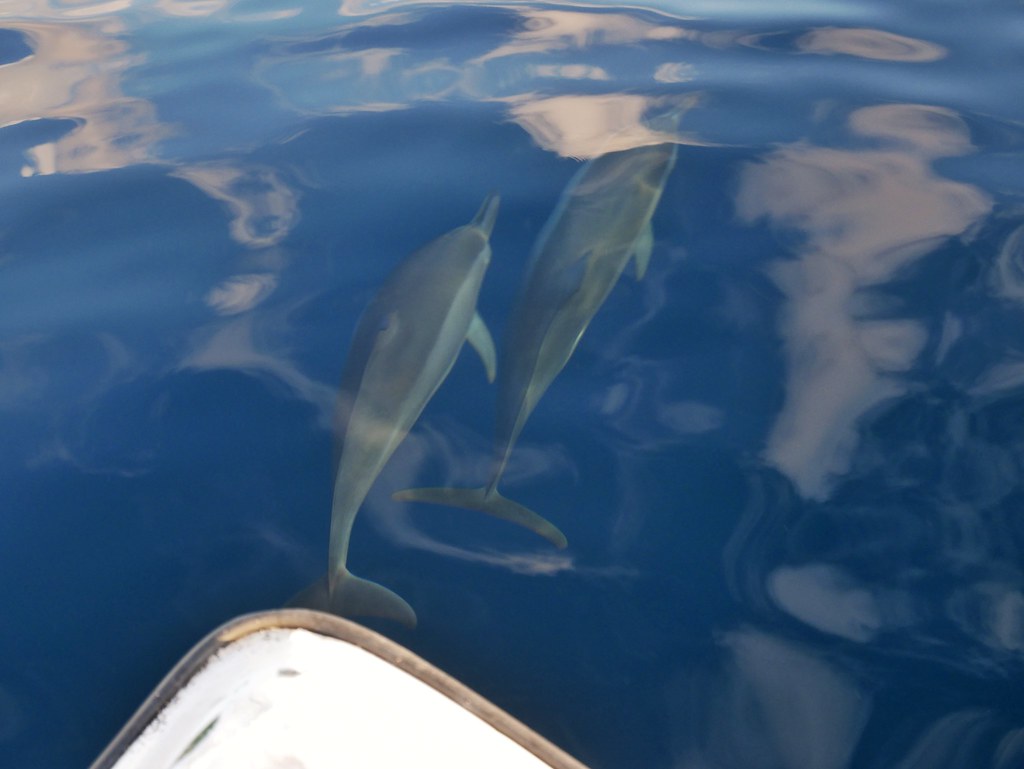 It took awhile to spot the dolphins, first just a couple and then a group of about eight. It wasn’t the mass gathering I’d hoped for but it was still a humbling experience watching them swim in the bow of our boat. They were unbelievably fast, effortlessly darting beneath us and we could even see them diving directly down into the deep sea. They jumped around and then they’d vanish for a while before reappearing and almost trying to race us. The sun stained the clouds a desert colour and the dolphins silhouetted fins were rising out the water in front of us, it was perfect. 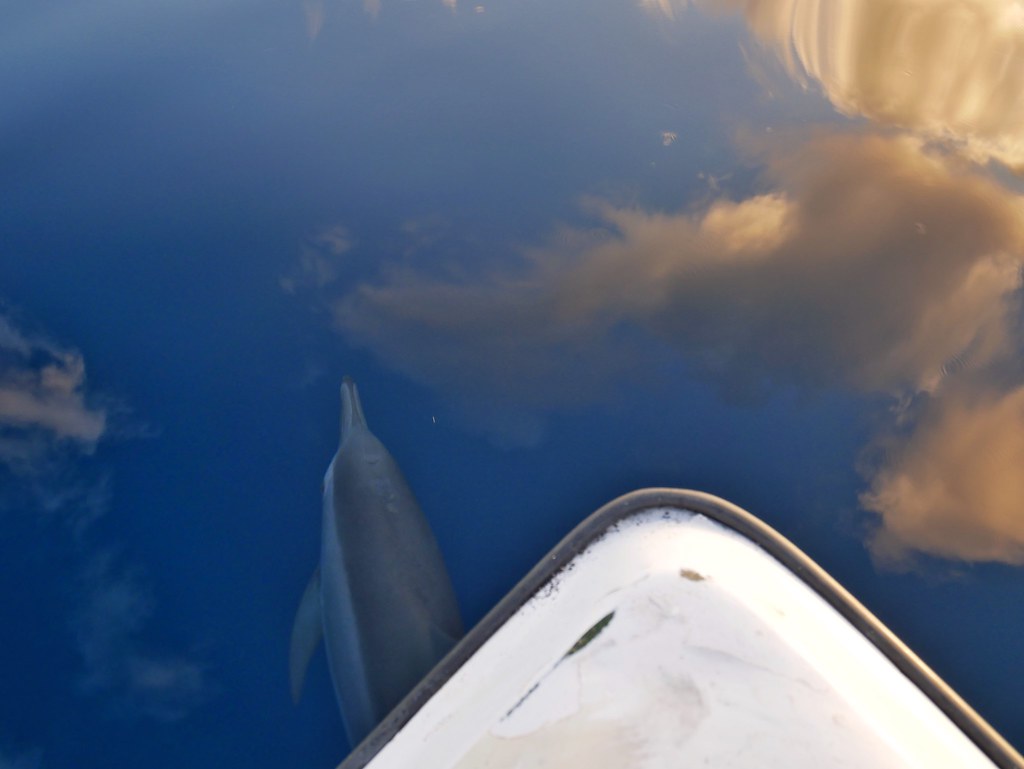 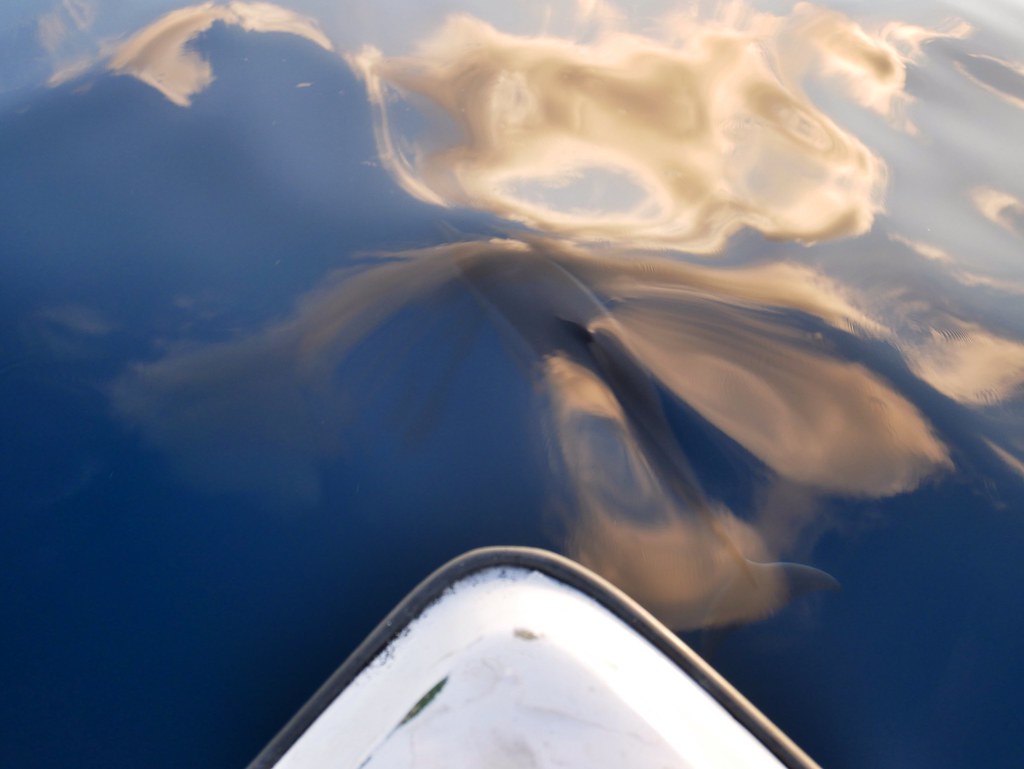 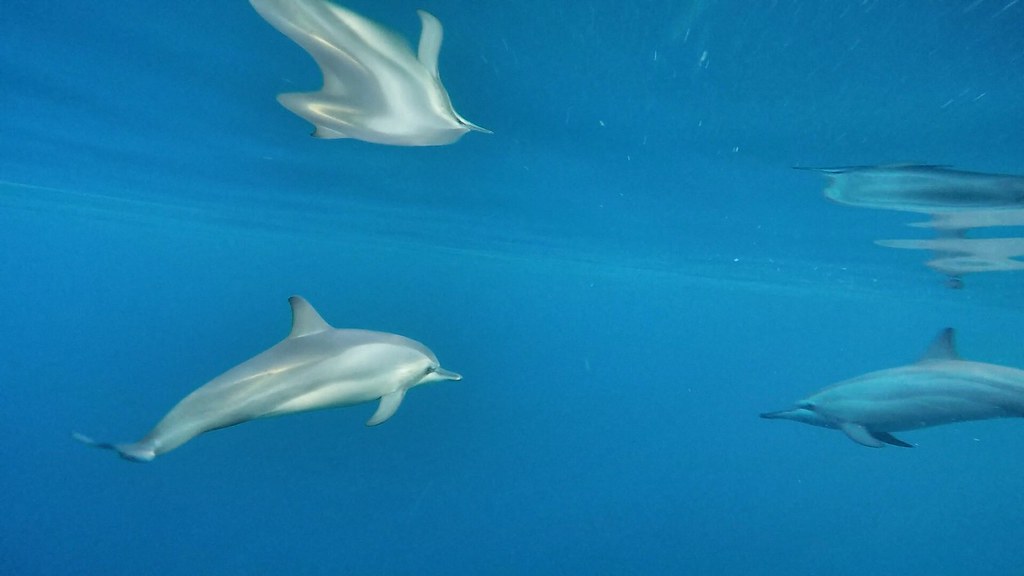 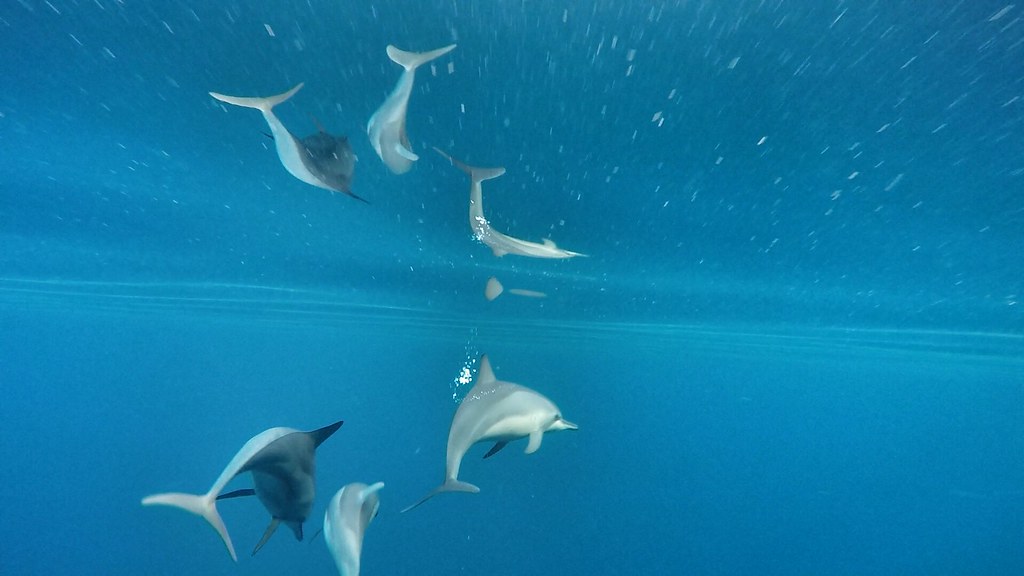 We loved the experience so much that we decided to go on another one the following day in the hope of seeing a large pod. The sunset excursion was wonderful but the low light wasn’t always ideal for photography and at only $25 each for a private boat trip it seemed crazy not to try again. As we left the harbour the locals were fishing in their handmade boats which is something we loved about the local islands. It wasn’t glitzy like the resorts, it was just the simple life, the real life and these guys fished for hours on broken surfboards tied together or wooden planks resting on a slab of polystyrene (wish it was more environmentally friendly mind you) and they even used spades to paddle with! 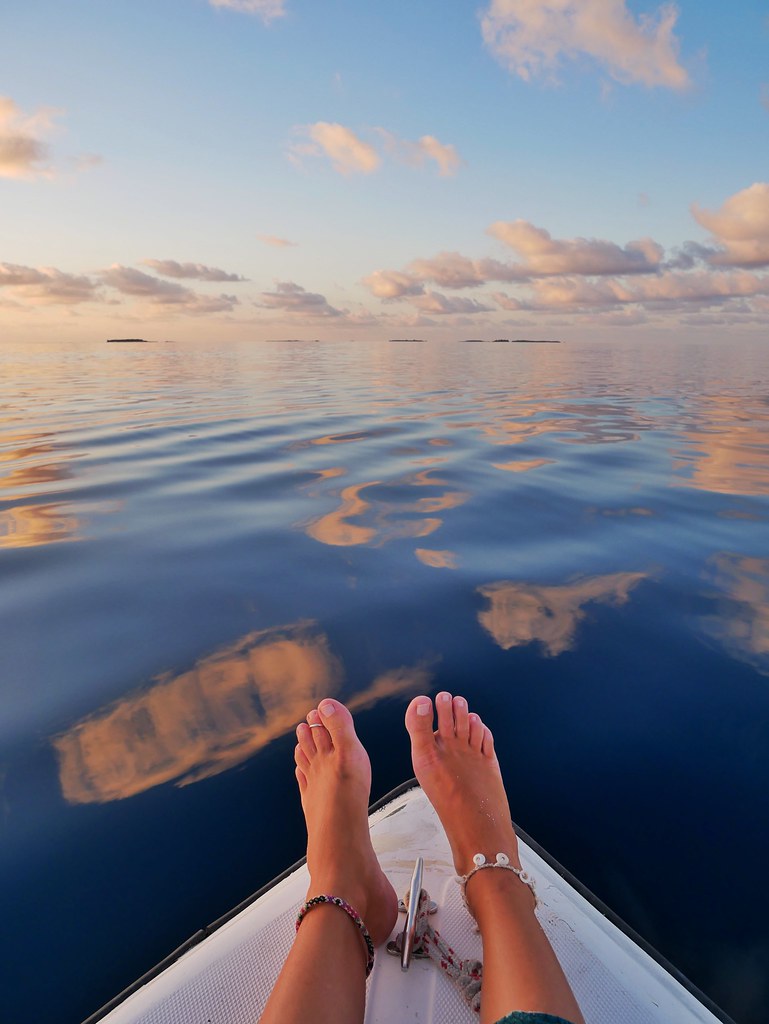 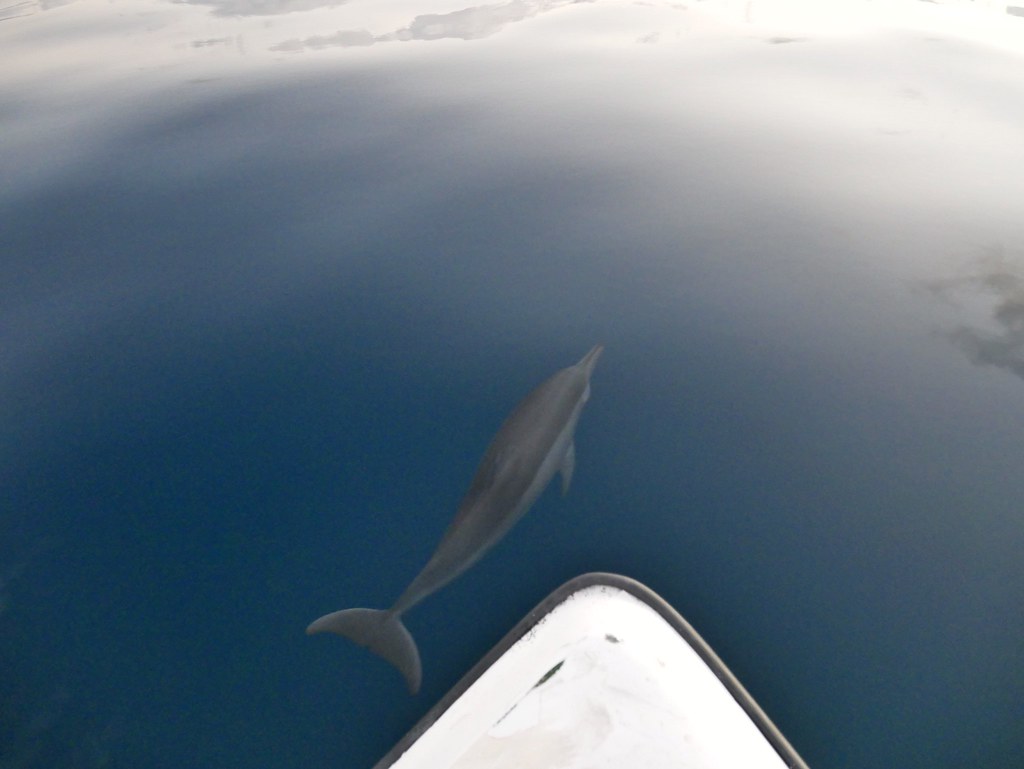 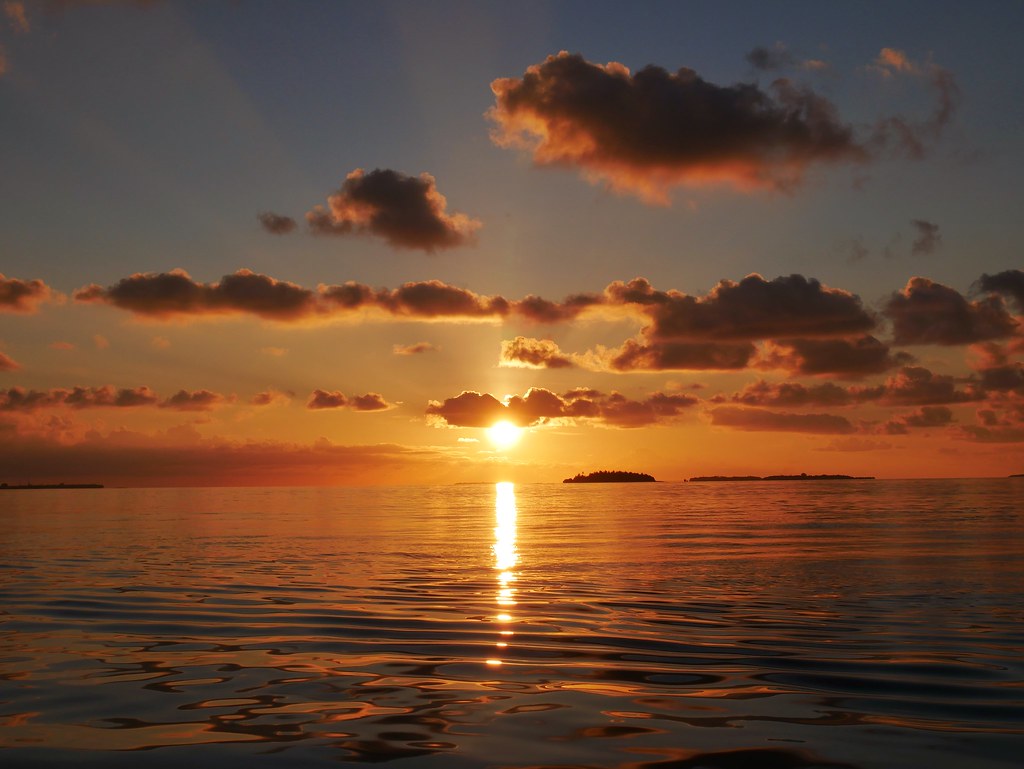 Anyway, it took two hours for us to find any dolphins at all and the pod was hanging out in Hanifaru Bay, a protected marine area which we couldn’t access. They did eventually venture our way but were in hunting mode which was actually very interesting to see as they kept rising their bodies straight up and doing lots of tail slapping. They swam under our boat a few times but they were on a mission to catch fish and we didn’t want to interfere so we headed back. Witnessing wildlife is always a gamble and something to be cherished so we were still happy with our experience, but very surprised when our host apologised and offered us a free excursion. He said he would take us to Turtle Reef that afternoon as the dolphins weren’t in their usual playful mood so we happily obliged. 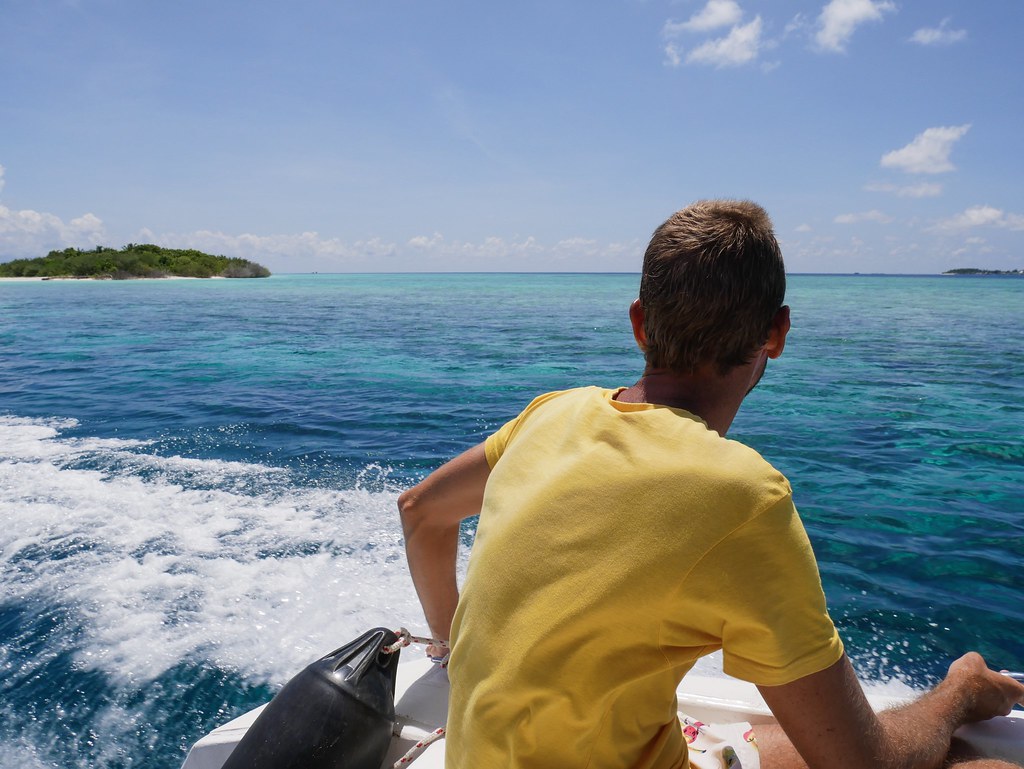 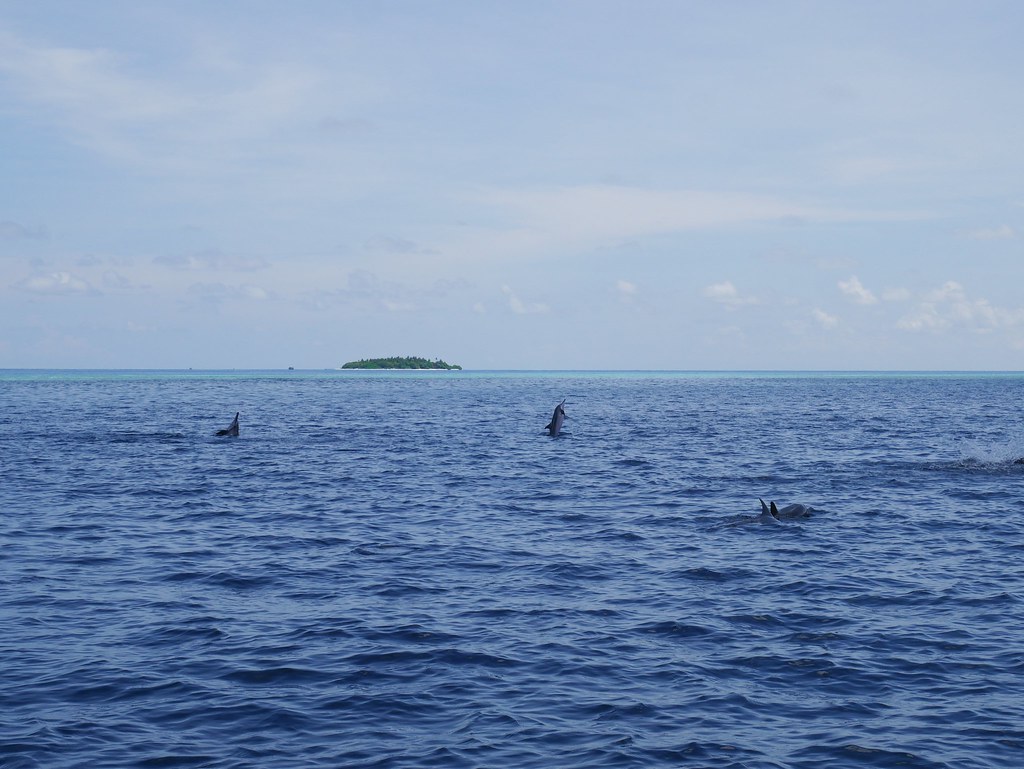 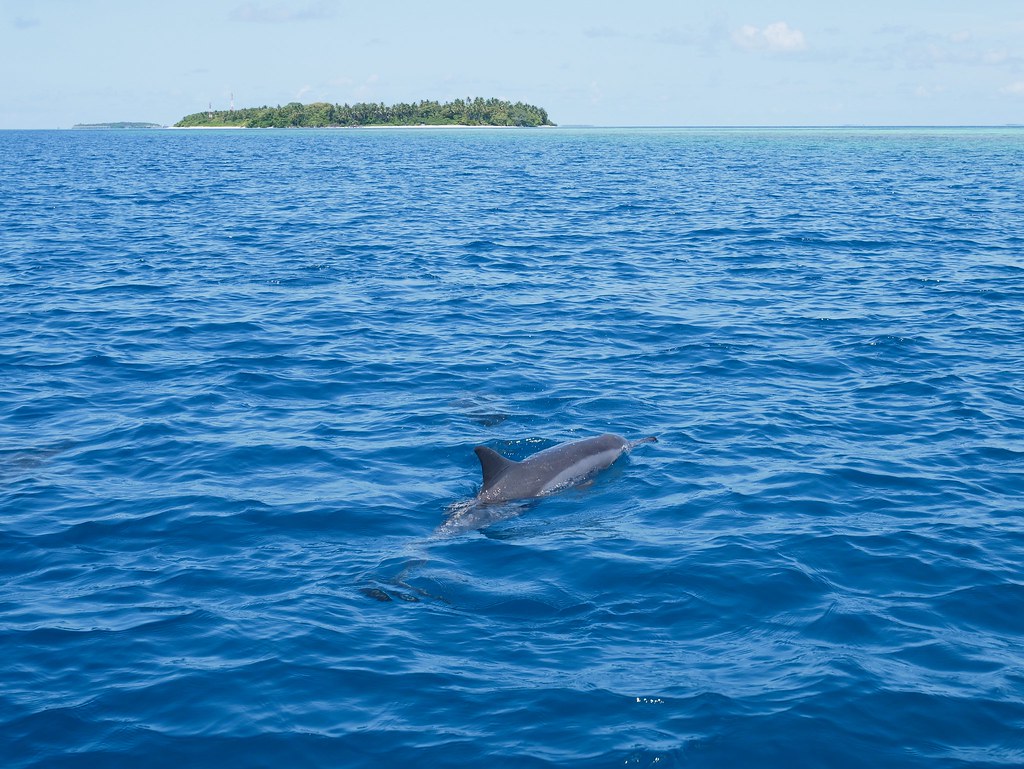 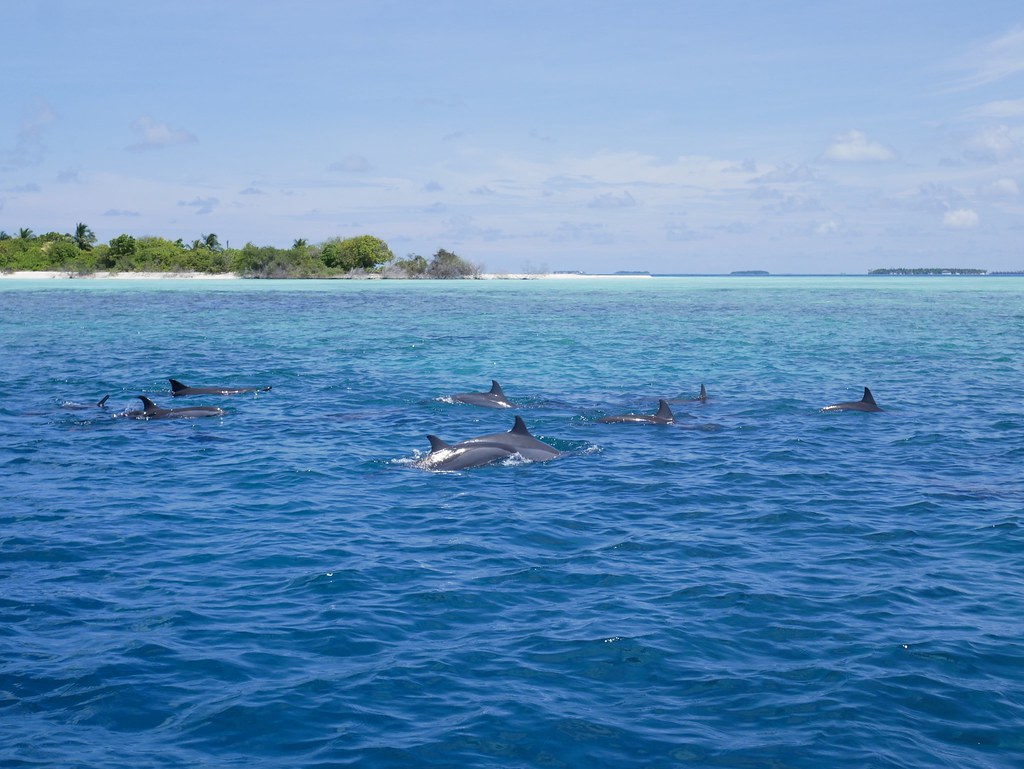 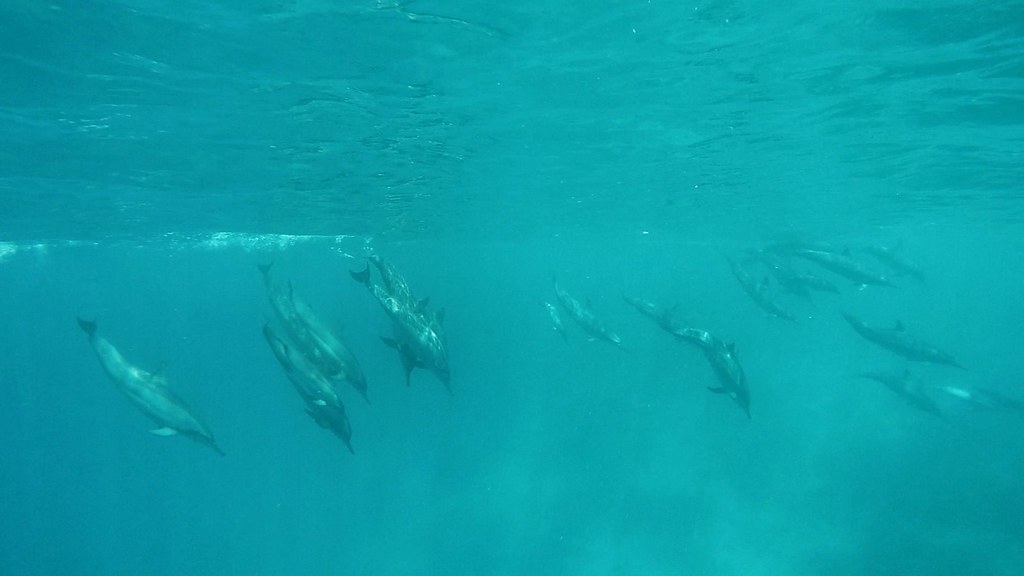 We had our fair share of turtle encounters in the Philippines so for us we were more excited to go and see a different reef. It was the same bleached condition as we’d seen in Baa Atoll though, but we did encounter 7 turtles and one of which was super chilled, swimming right between Craig and I. What we liked the most about the trip however was one small area of coral that was very much alive and healthy. It was a group of soft corals, swaying in the current and housing some very sweet clown fish. But the best part was there was actually colour! Each patch of soft coral was growing from a piece of bright purple coral and we haven’t seen healthy, colourful reef like that in so many years. So we left very happy and thoroughly enjoyed all of the wildlife excursions we went on. 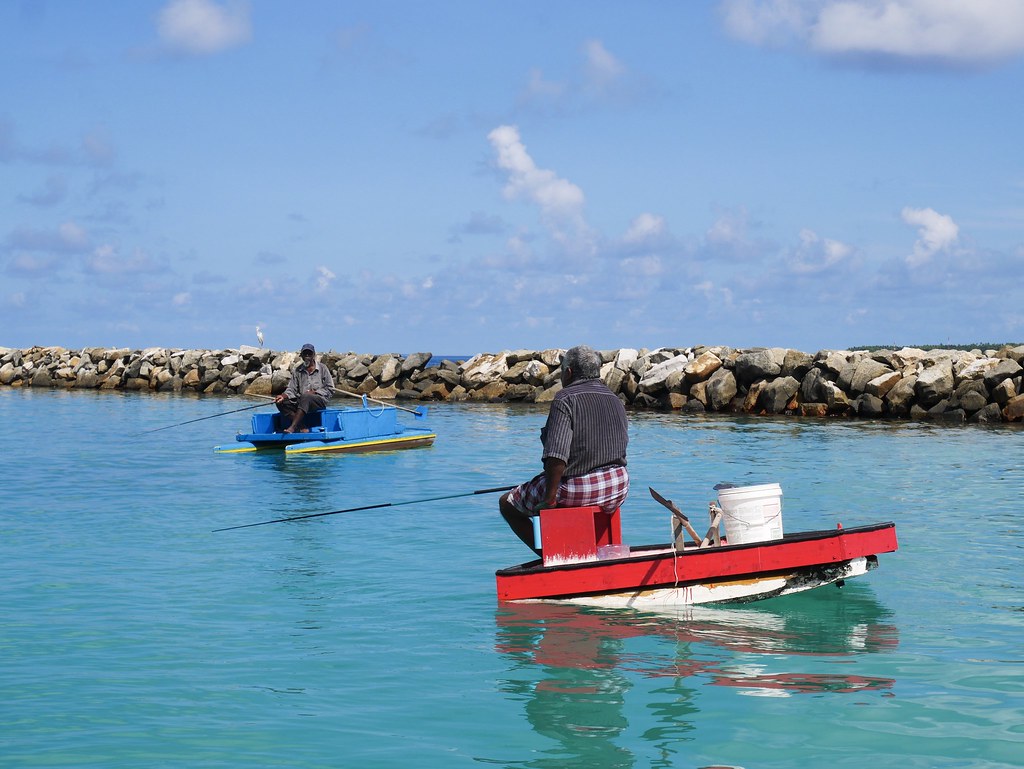 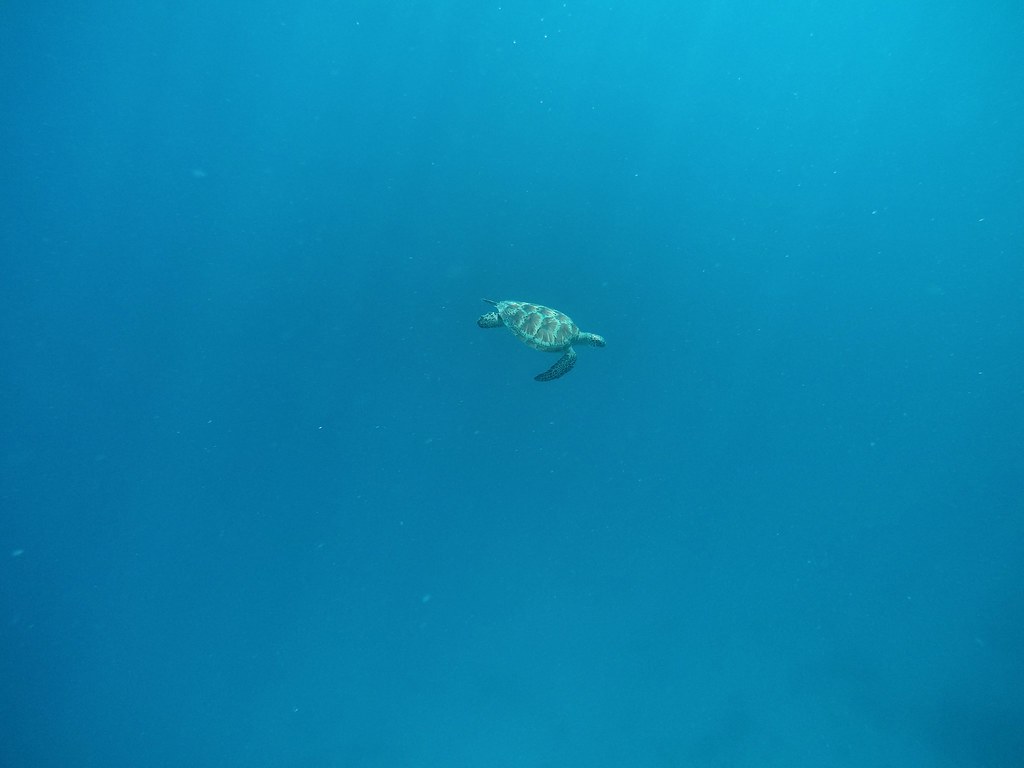 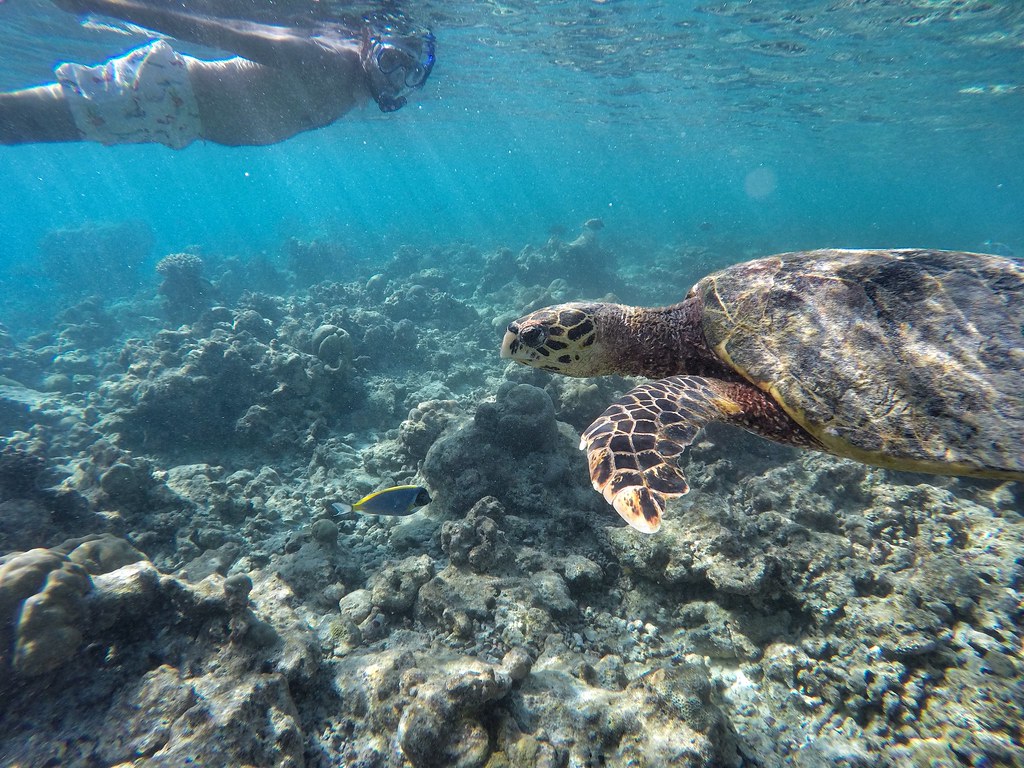 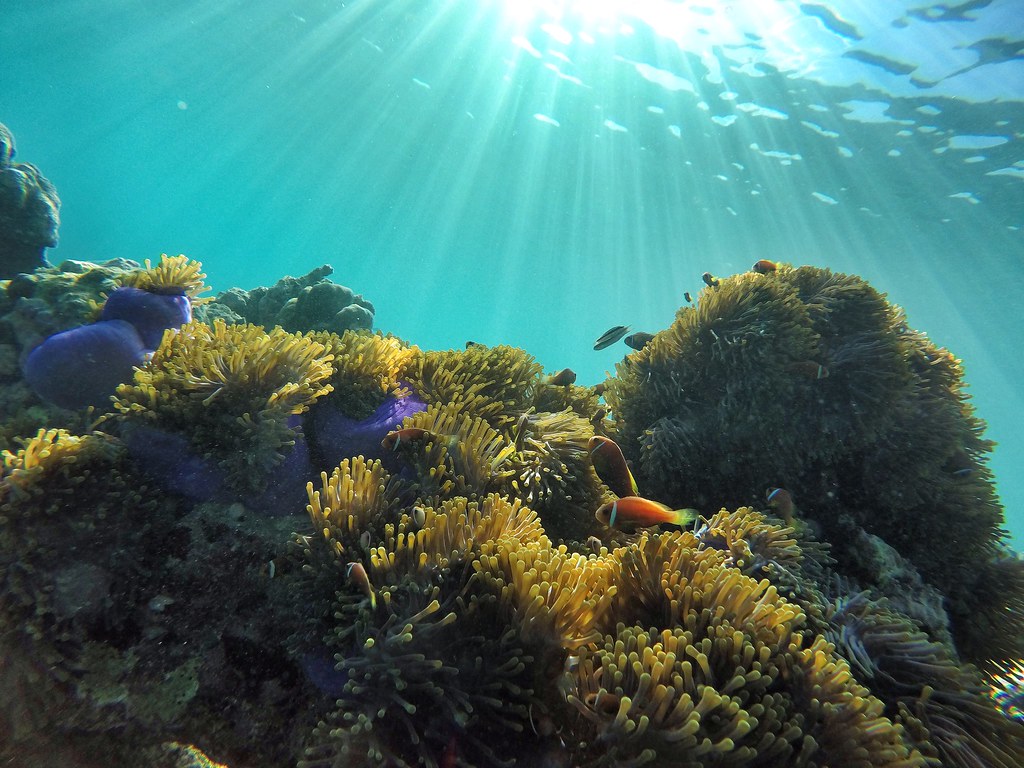 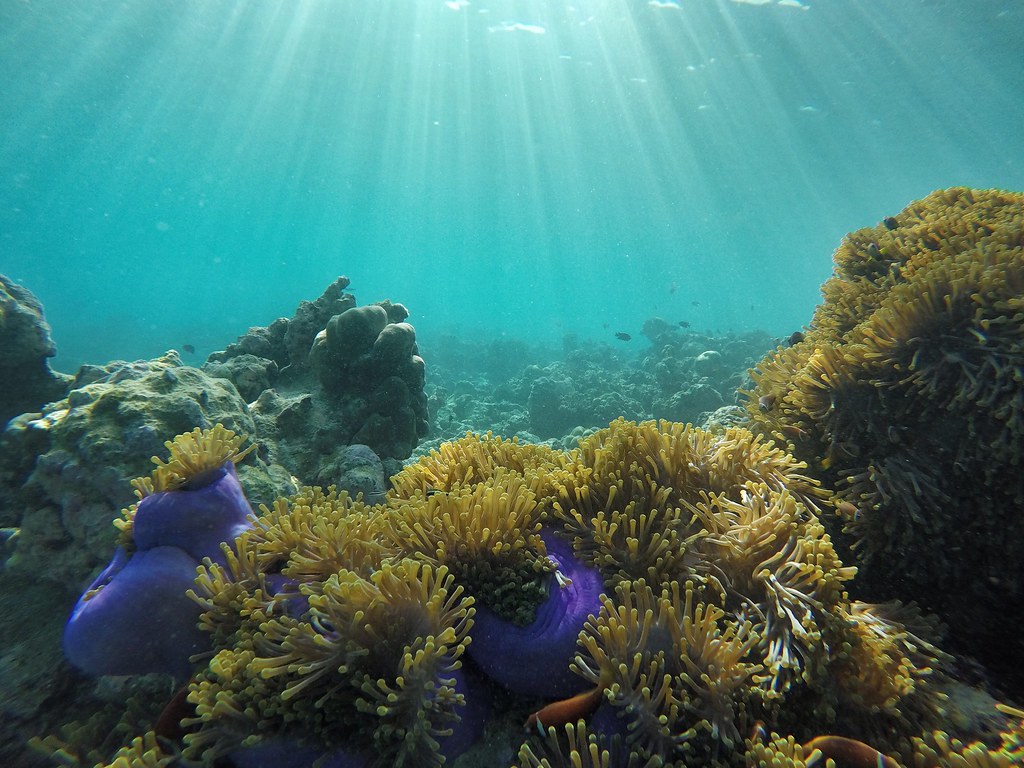 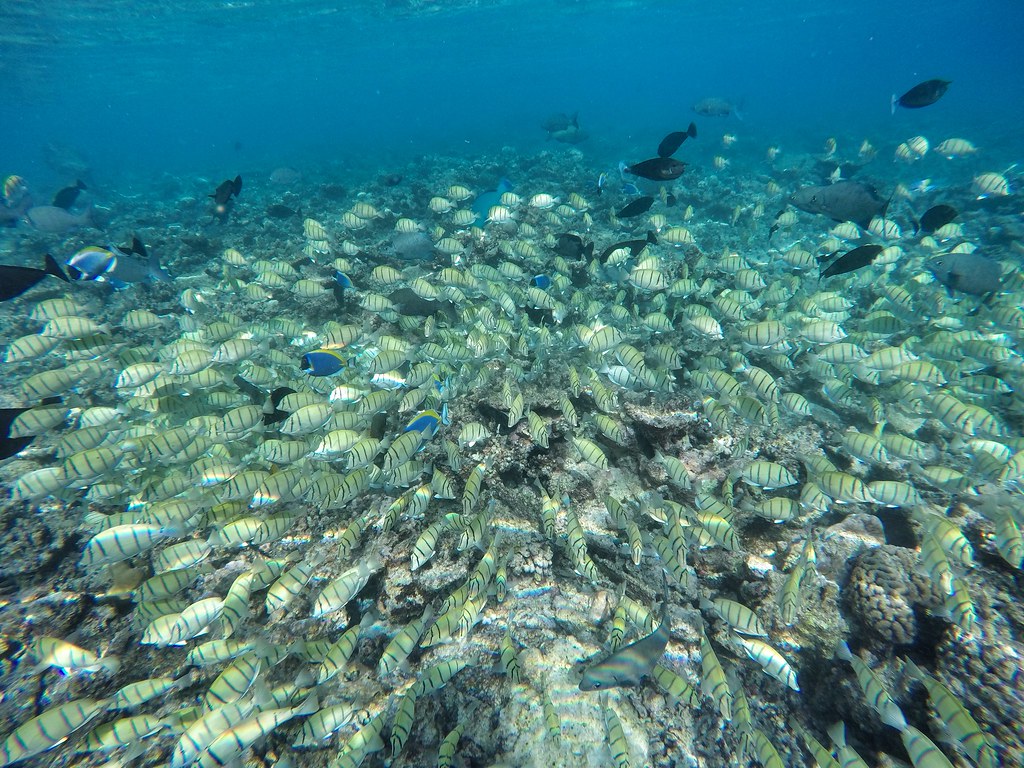