From Tangalle we caught a couple of buses to Udawalawe National Park where we had chosen to do a safari. We had to change buses in Embilibitiya and that was supposed to take us directly to the village but the driver stopped at the road junction 3km from it and said we needed to get off. I checked my map and it didn’t make sense to get out, but after asking twice, the bus guy said it was not turning right to Udawalawe and was heading straight on. What more could we do? So we got out and low and behold the C**T drove right. It was just a scam to get us to take his pals tuk tuk but instead we just had to wait for the next bus. We were so angry and disappointed about the dishonesty of the man, it left a really sour taste in our mouths.

We eventually made it to our guesthouse which consisted of just two cabanas in a jungle setting. It was perfect, minus the mozzy net that was too small for the bed and looked like a fat person wearing a crop top with the belly poking out the bottom. The night before our safari the heavens opened. It wasn’t ideal as if there’s rain, there’s puddles and therefore elephants and other animals don’t have to go to the big watering holes, they can hide in the jungle. Our host had his own safari jeep so we went with him, leaving at 5.30am. The price for our private jeep for 6 hours was 6000 rupees ($34) and the entrance fee to the park for two people was 7748 rupees ($44). Tourists have to pay way to much, it’s an unbelievably unfair system as the locals pay just 35cents entry! 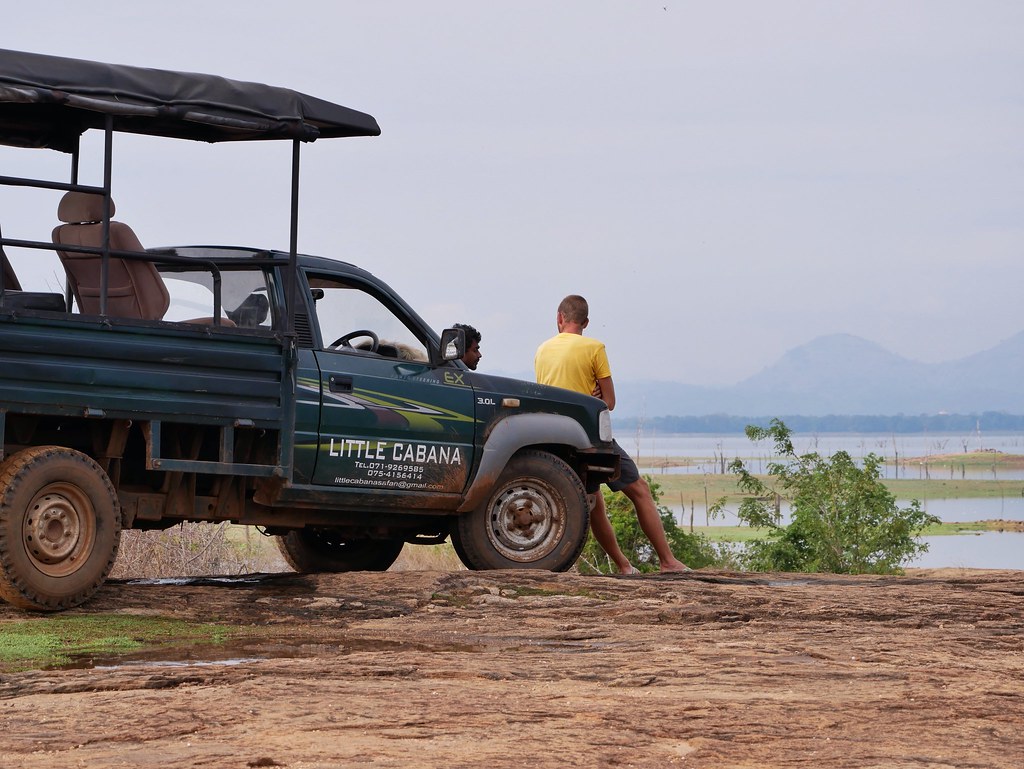 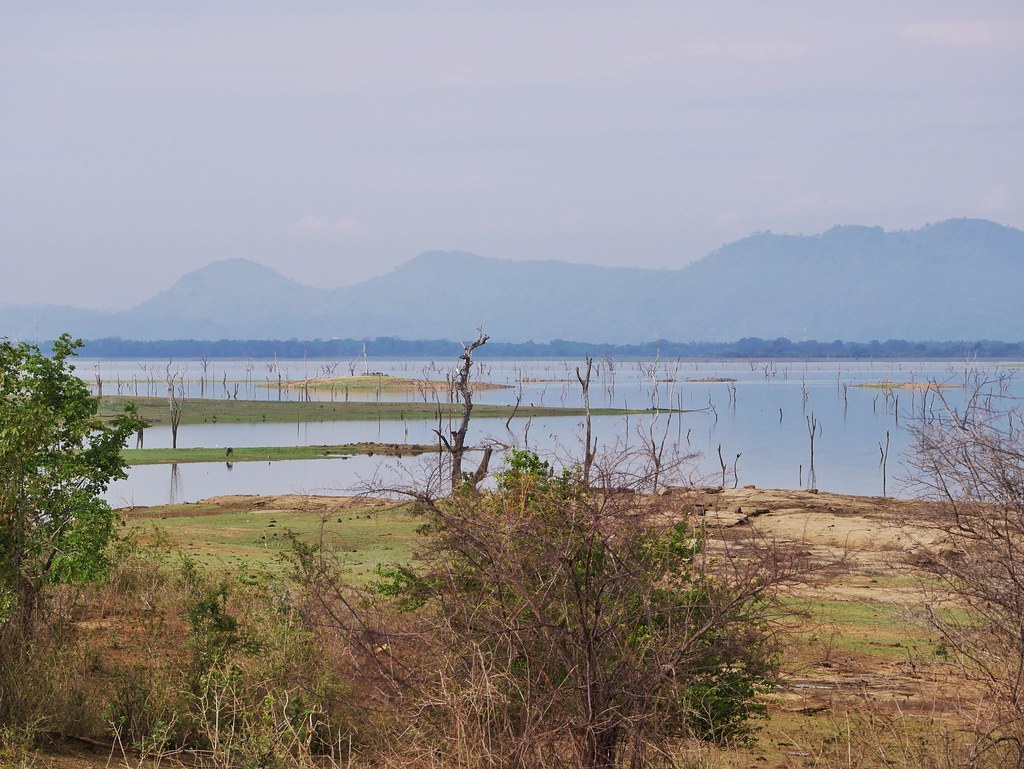 We hadn’t expected it to be so busy but when we arrived at the park gate about 30 jeeps were pulled up and everyone was queuing for tickets. The sky was filled with flying insects which apparently come out after the rain. They were big dangly things and absolutely everywhere like a locust invasion. As soon as we entered the park though all the jeeps seemed to disperse and it felt like it was just us driving through a confetti of flying insects along dusty tracks. Within about 15 minutes we came across a lone elephant and further along were three more hiding in the shrubs! I was already sitting on the edge of my seat in excitement. 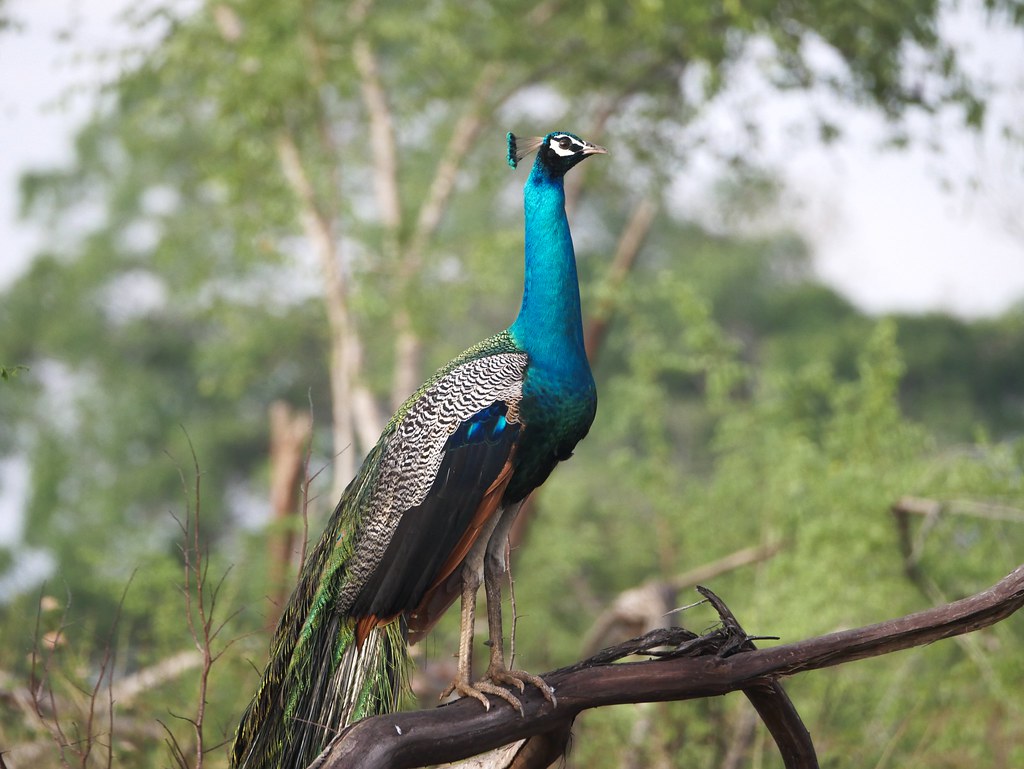 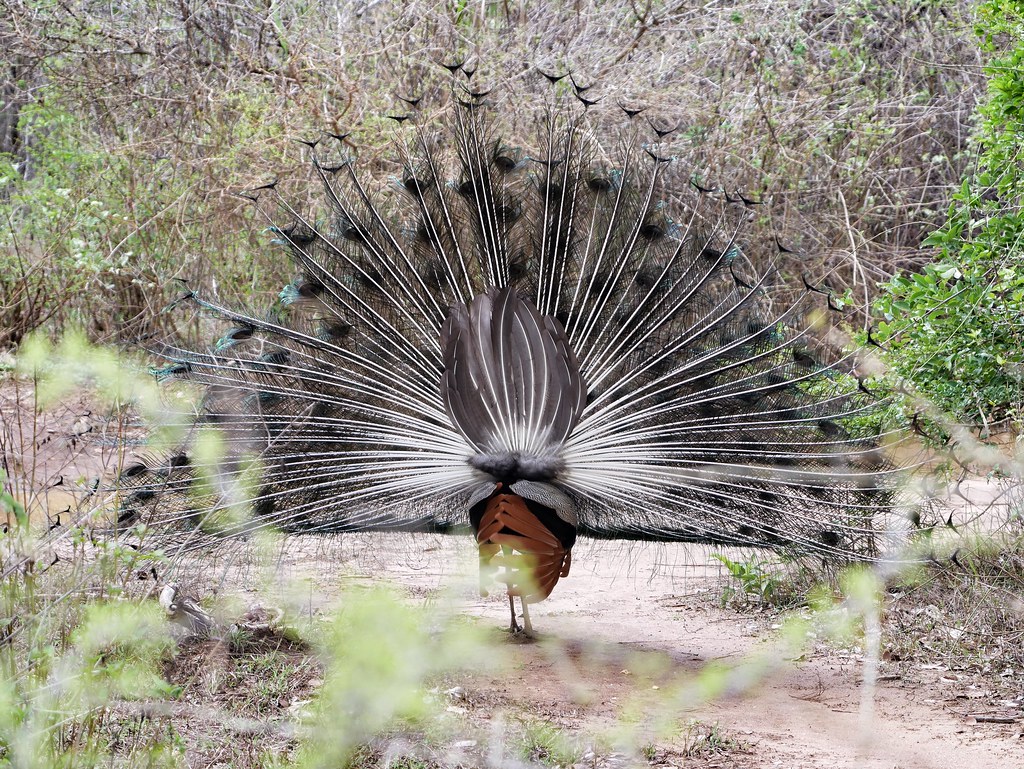 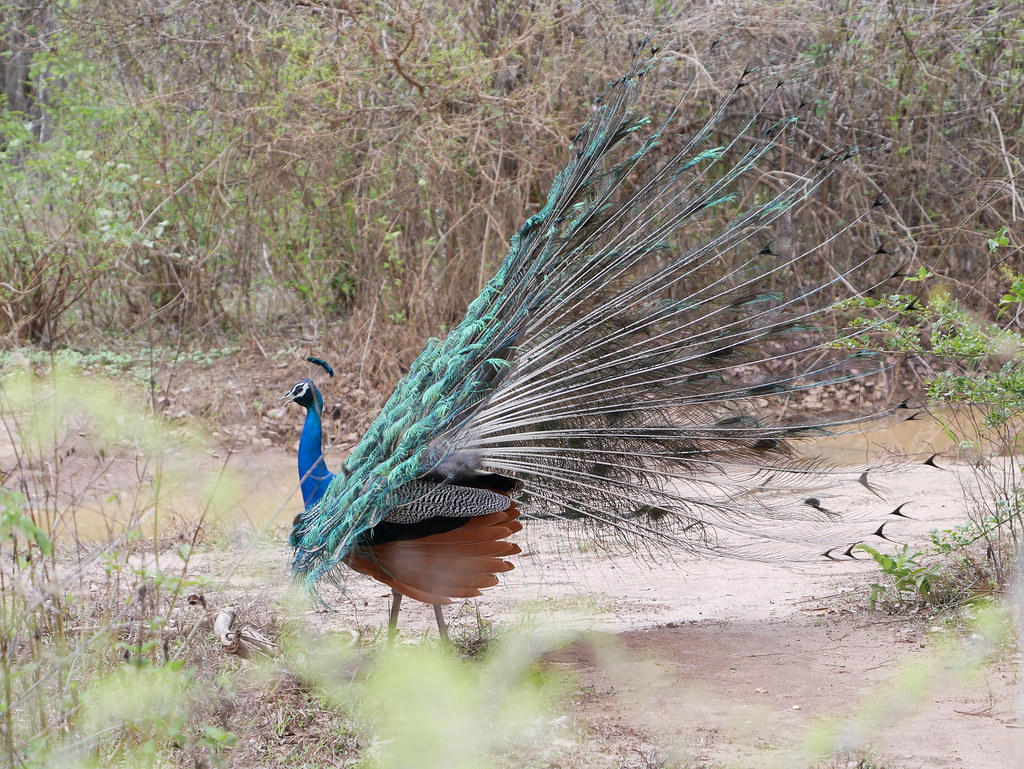 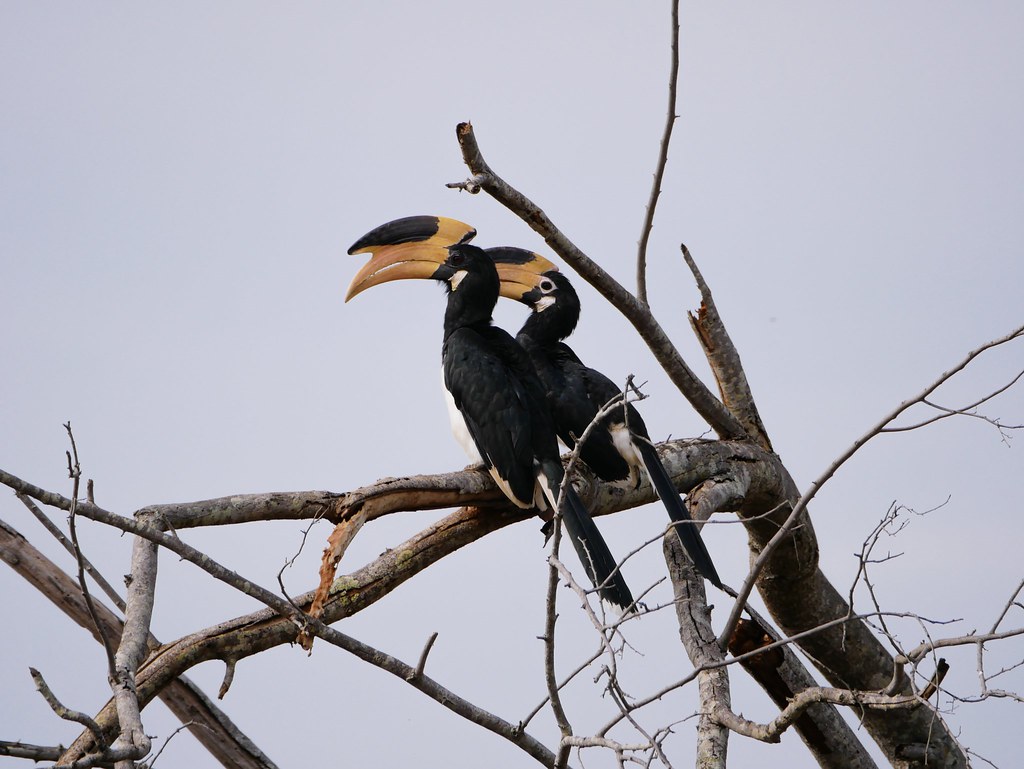 The fluorescent blue feathers of peacocks glistened in the morning sun as they rested on tree branches or darted across the road. I realised they look kind of funny, dressed in the fanciest of feather-gowns but with nothing to cover their disgusting legs which look like they belong to a chicken. Hornbills with their giant yellow beaks sat in pairs atop trees, looking around for their next meal. Further down the road were a couple of jeeps pulled up so we knew there was something exciting to see – I was desperately hoping to witness a leopard but you have to be very lucky in this park. Instead it was a male elephant with big white tusks. Our guide told us it’s very rare to see one with tusks so we considered ourselves lucky, we watched him eating leaves and then he stood and rested his heavy trunk on his tusks. 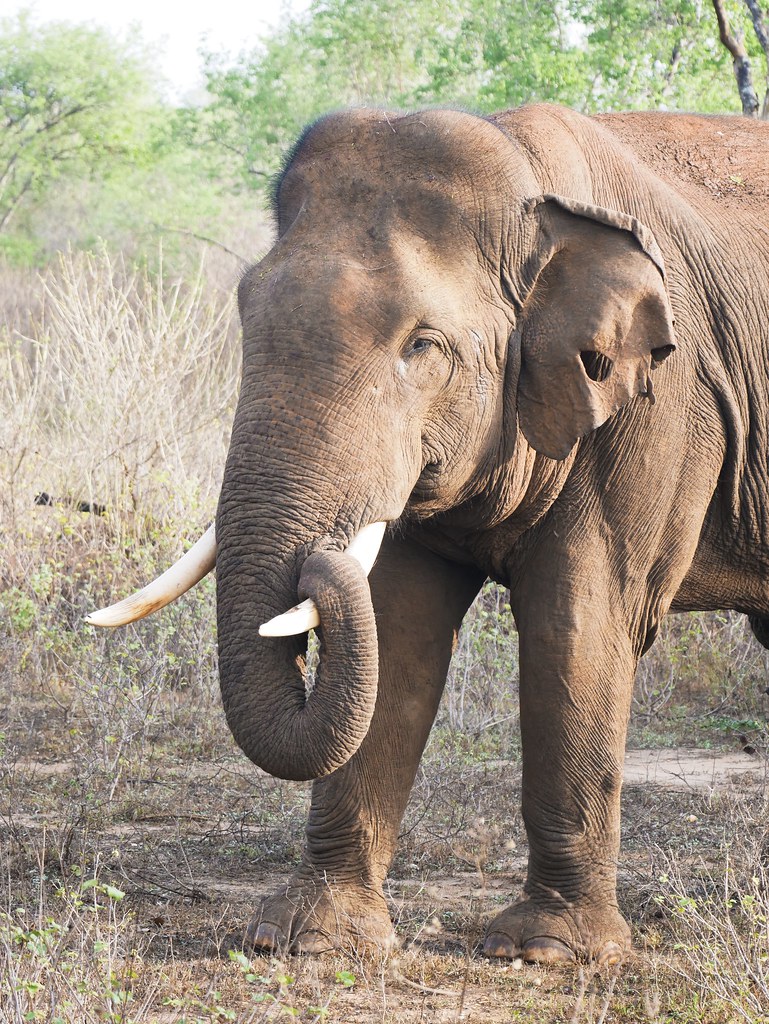 The adventure continued and we passed a group of jackals which are a type of wild-dog that look a cross between a fox and a German shepherd. They hung out in small packs hunting for food together. Meter long monitor lizards were in heaven as they ate all of the flying insects that had swarmed the sky and collapsed to the ground. Chameleons rested on leaves or ran alongside us with widespread legs like they were walking on water. We pulled up a lesser driven road for me to go for a wee behind the jeep and in doing so we saw a wild cat which was like a huge tabby cat, not exactly a leopard but probably the closest relative to one that we would see. 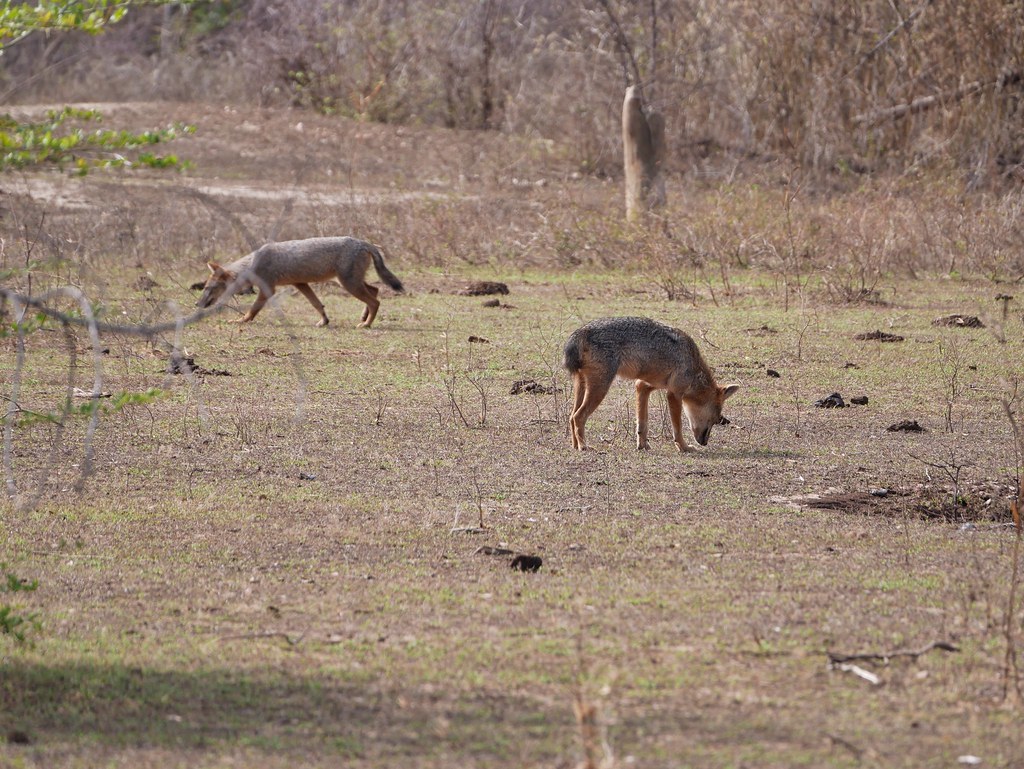 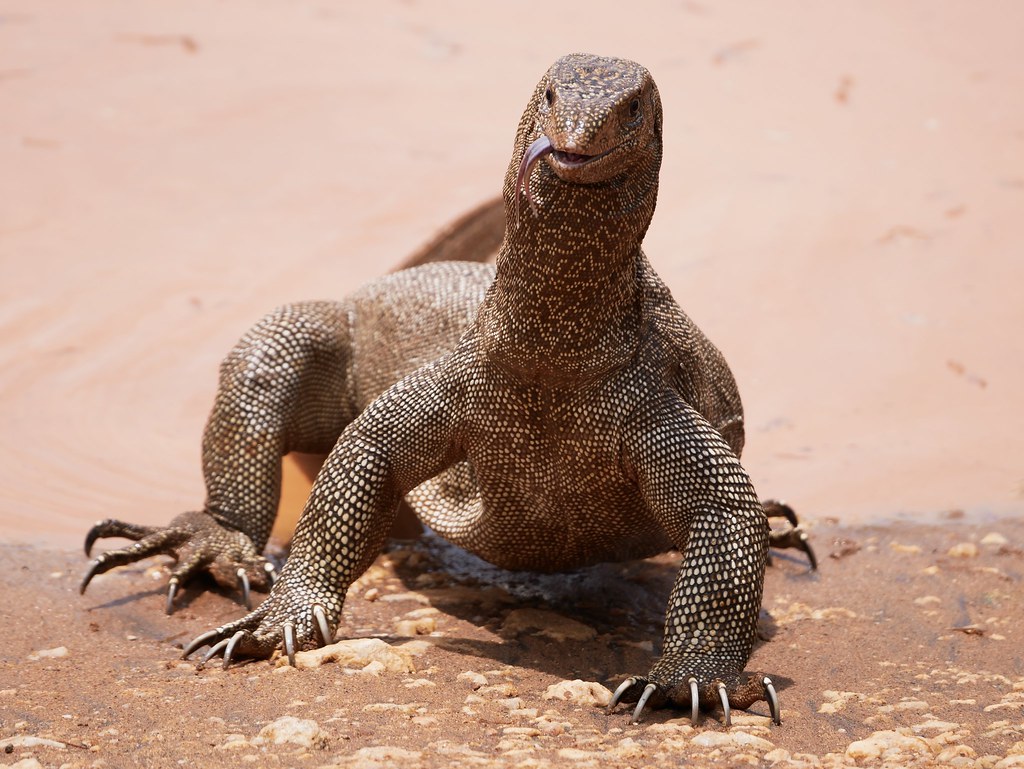 Monkeys jumped through the treetops while sambar deer and wild boars darted through the shrubbery. We stopped atop a small hill to take in the landscape where a vast reservoir lay below us and then we drove down to the shores. Water buffaloes soaked in the shallows while crocodiles slowly wiggled their bodies through the murky water or rested on the shores to warm up and digest their latest meal. 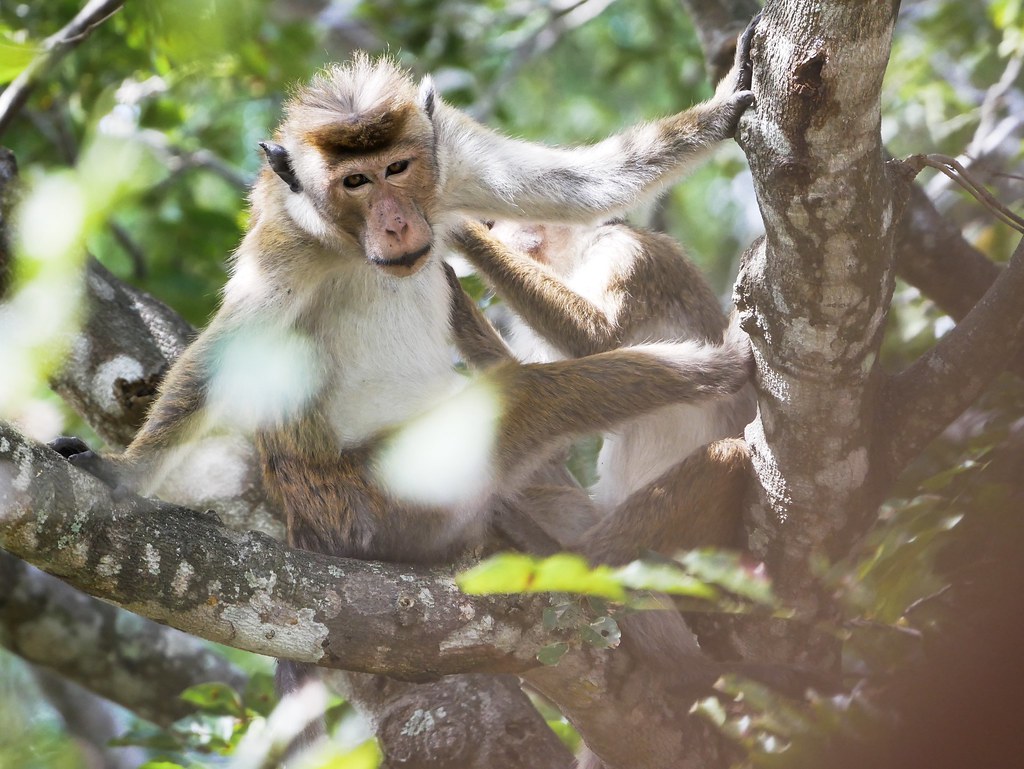 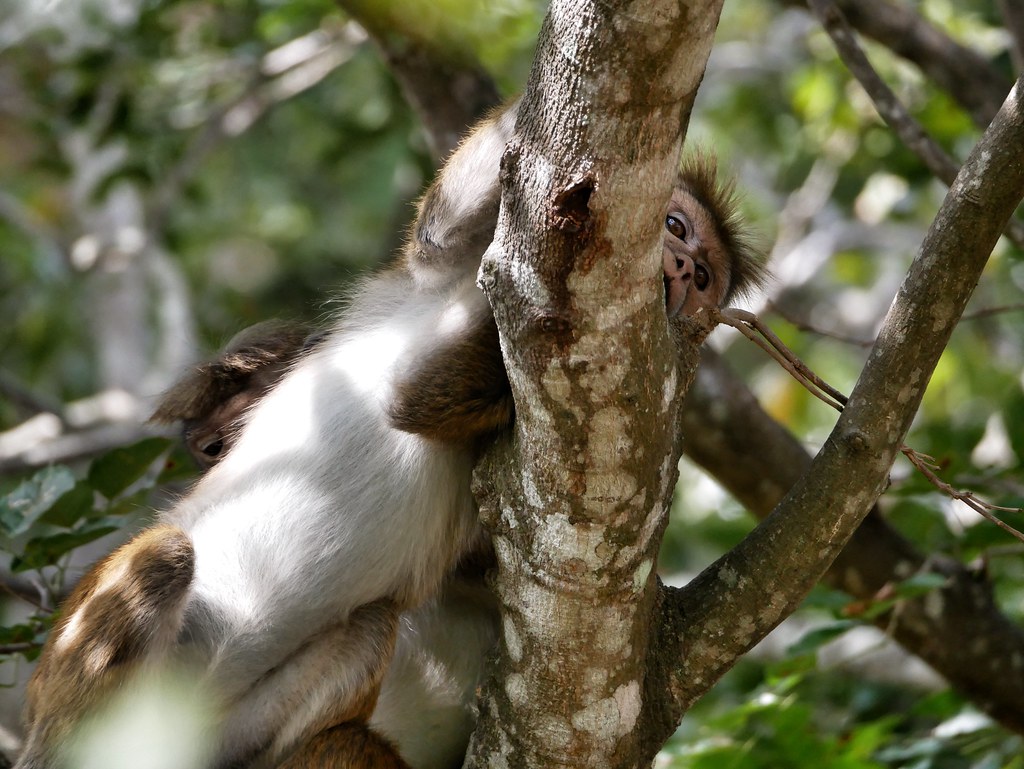 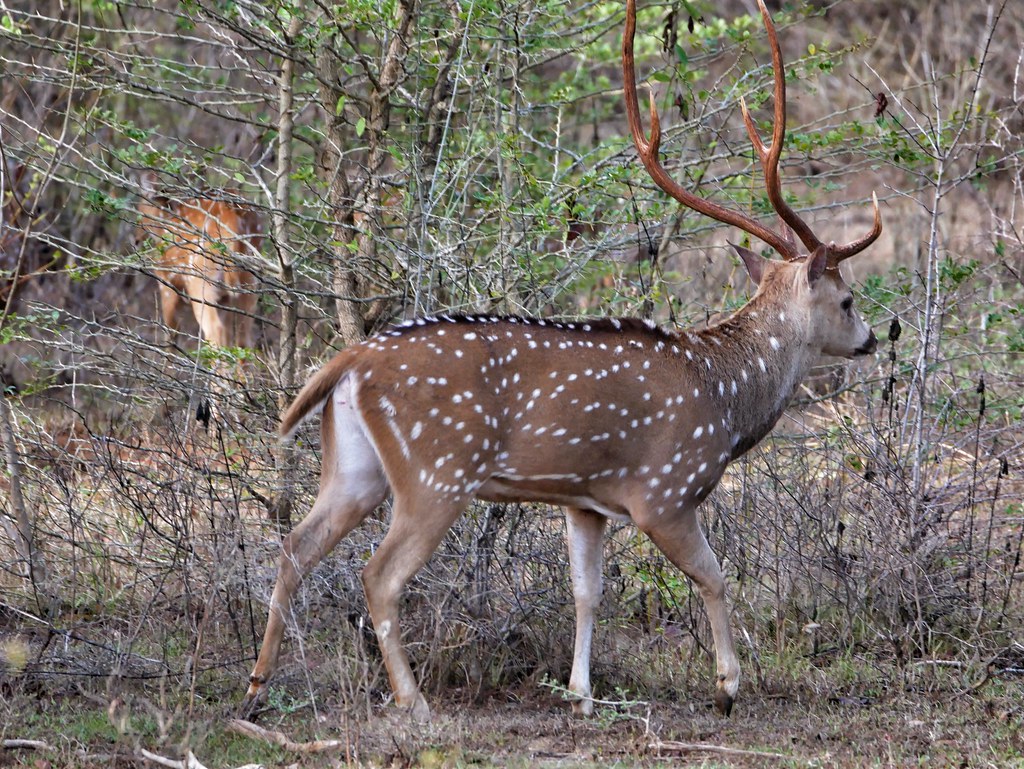 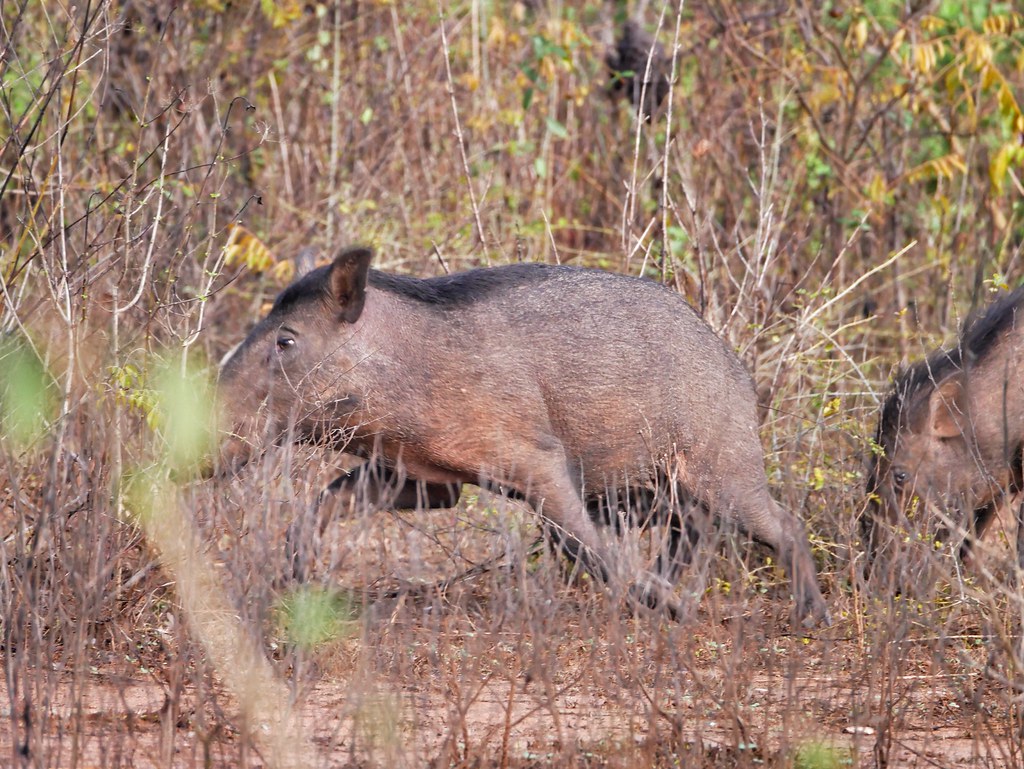 We drove off and soon came across another elephant. It was quite a curious one and got close to the jeeps before spending awhile sucking water from a puddle up her trunk and spraying the muddy water across her body. She moved to the bushes and then carefully picked leaves and sticks to eat, we watched her for about 10 minutes and then our guide got a phone call and tapped on the window to check it was ok to leave. We knew he had a call about an animal sighting because the guides/drivers all call one another to report the whereabouts of animals. It’s a good system in the sense that everyone gets to see the wildlife but it also leads to congestion with jeeps and a bad environment for the wildlife. Luckily it wasn’t too bad in Udawalawe with a max of 10 jeeps in one spot but Yala national park further south can have 70 jeeps around one leopard or elephant! So our guide sped off and we soon came across three jeeps and a family of elephants covered in mud after enjoying a bath. They were crossing the road so we continued driving around till we reached an opening and there they all were, about 12 elephants of various sizes. It was so nice to see them all together, a proper family gathering including an absolutely heart melting baby. The big mothers and grandparents really ushered the baby, and almost formed a protective wall around her. Once the baby was covered by the elephant-shied, the others lined up alongside a puddle in height order to drink water while a couple of playful teenagers flung water across their bodies. It was an amazing experience and a highlight of the safari. 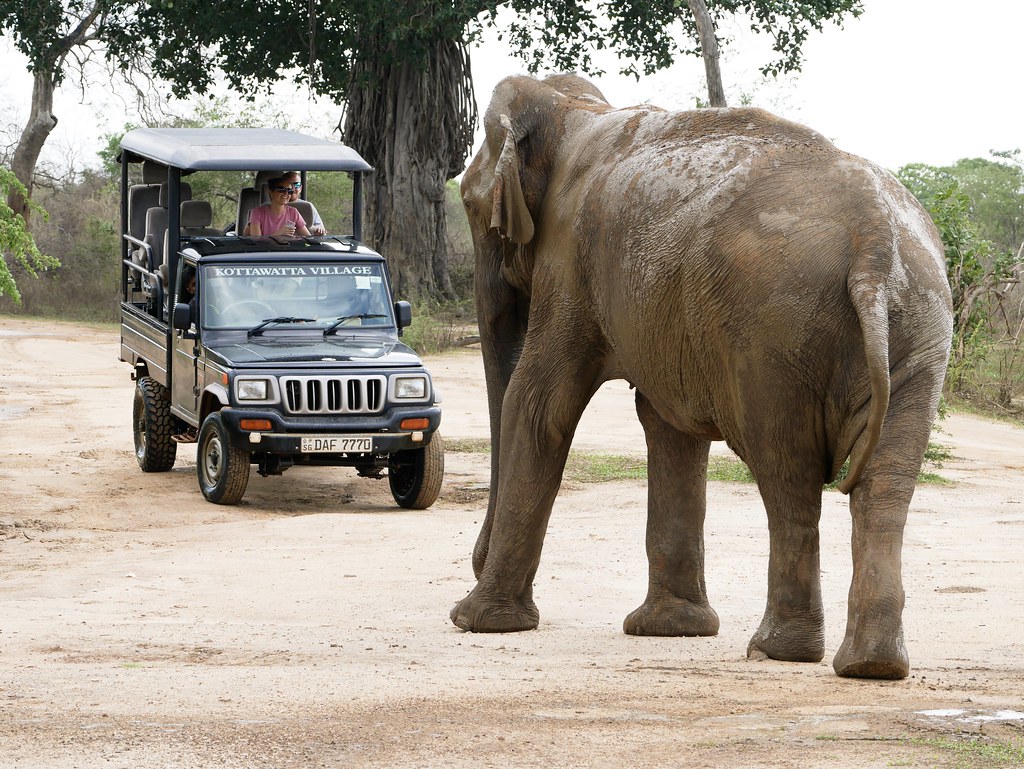 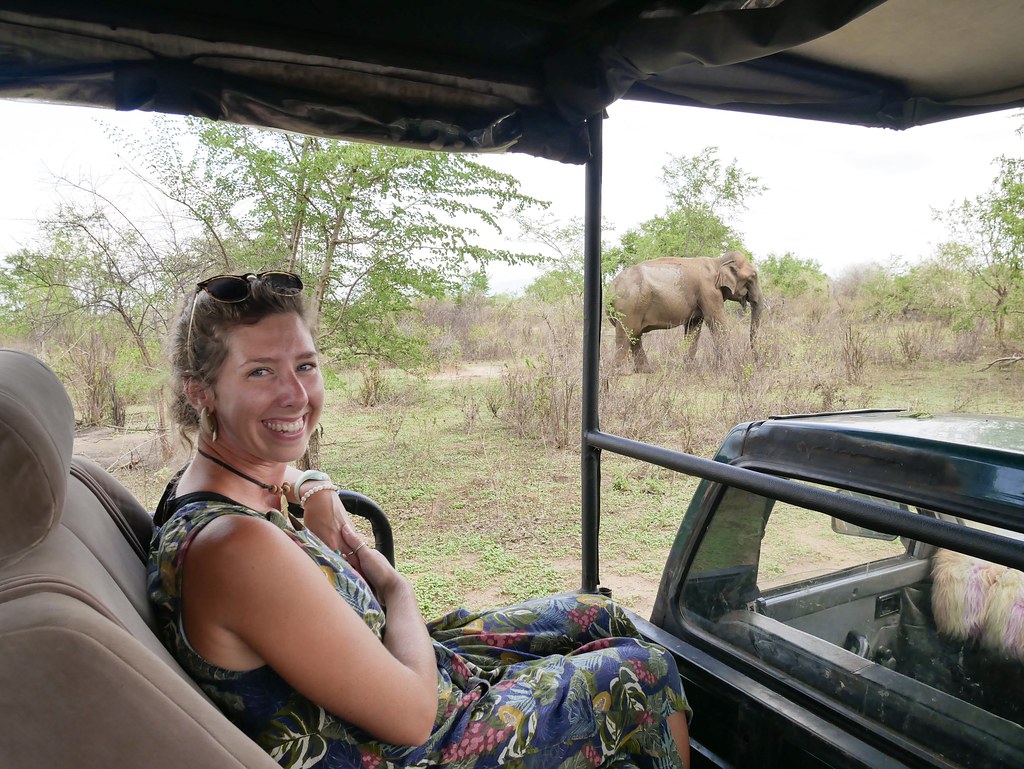 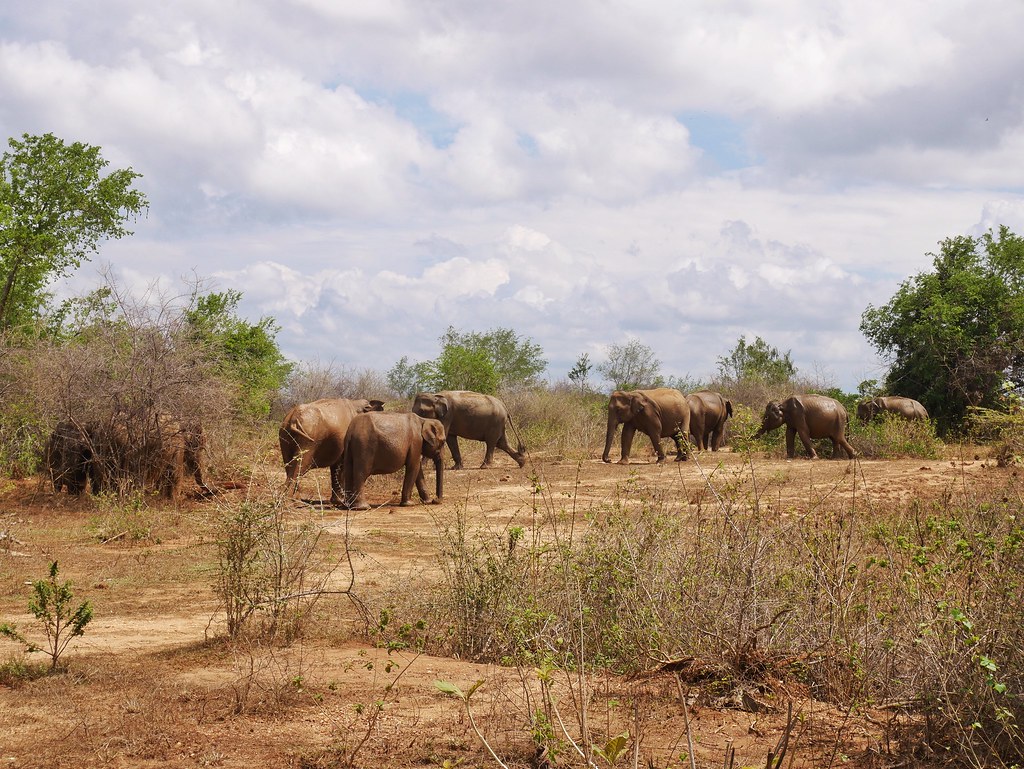 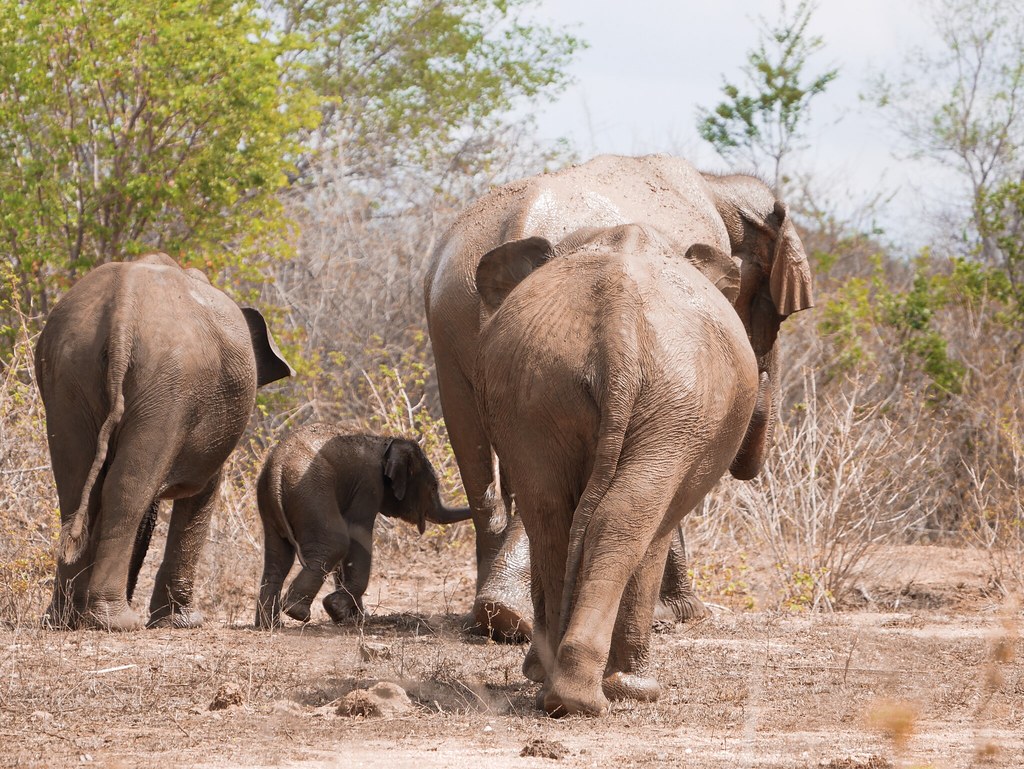 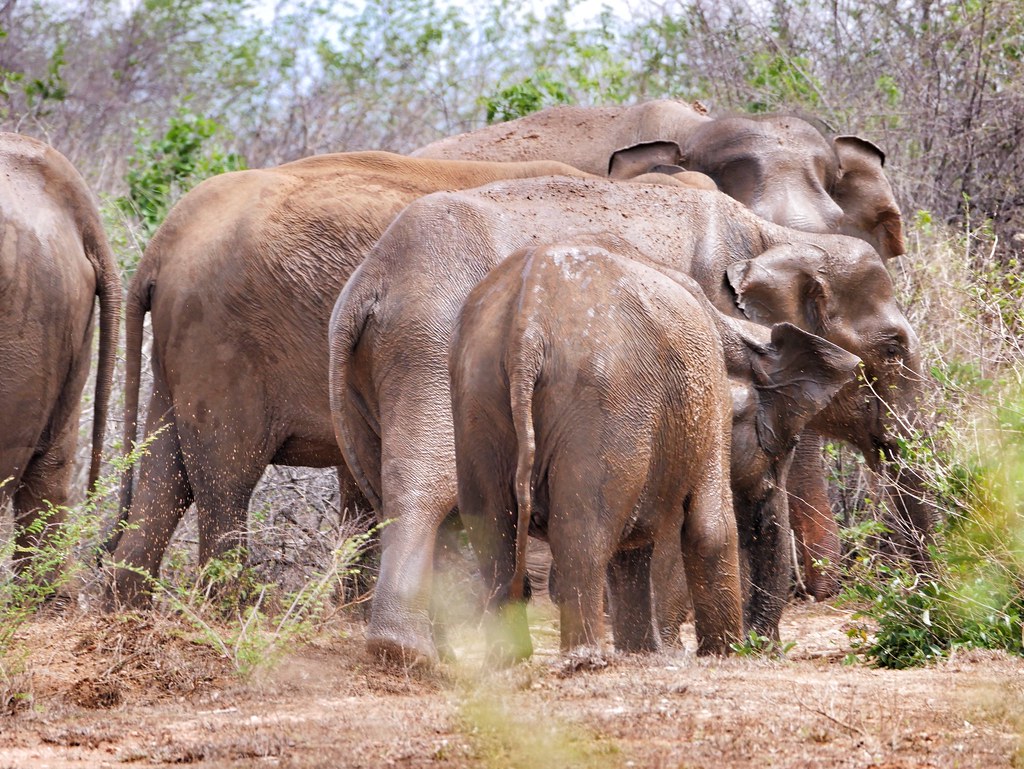 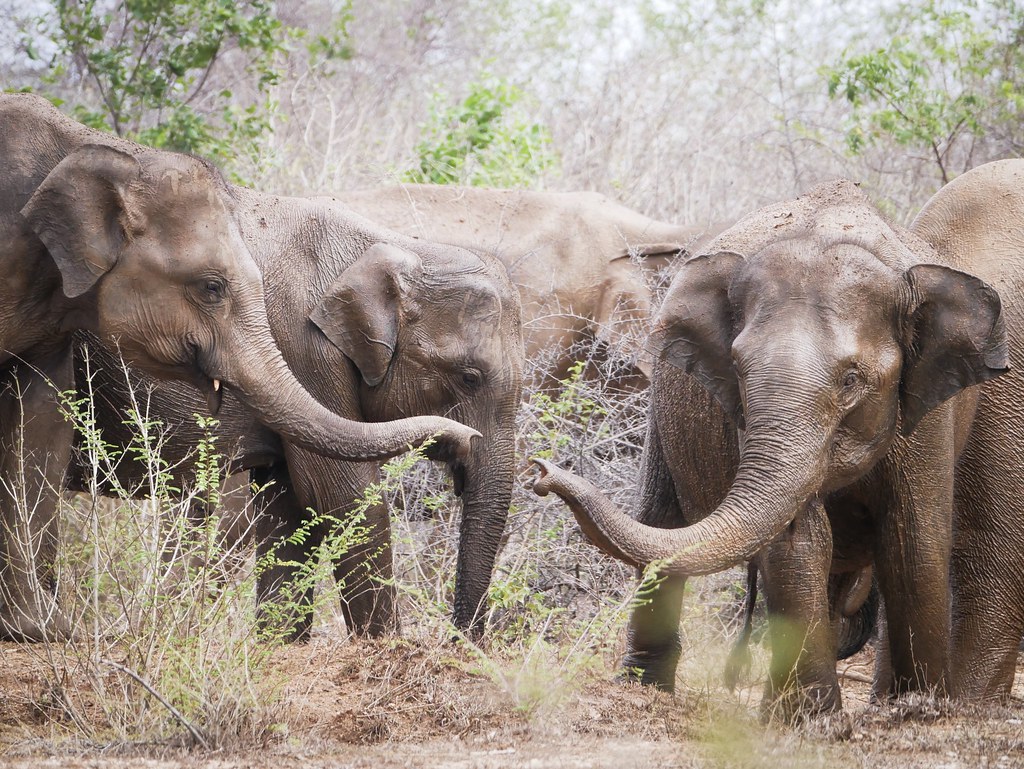 The final hour was uneventful, searching quiet back roads but as the day heated up the animals seemed to sink further into the shaded forest. Overall it was an incredible experience and much better than the safaris we experienced in India a few years back. 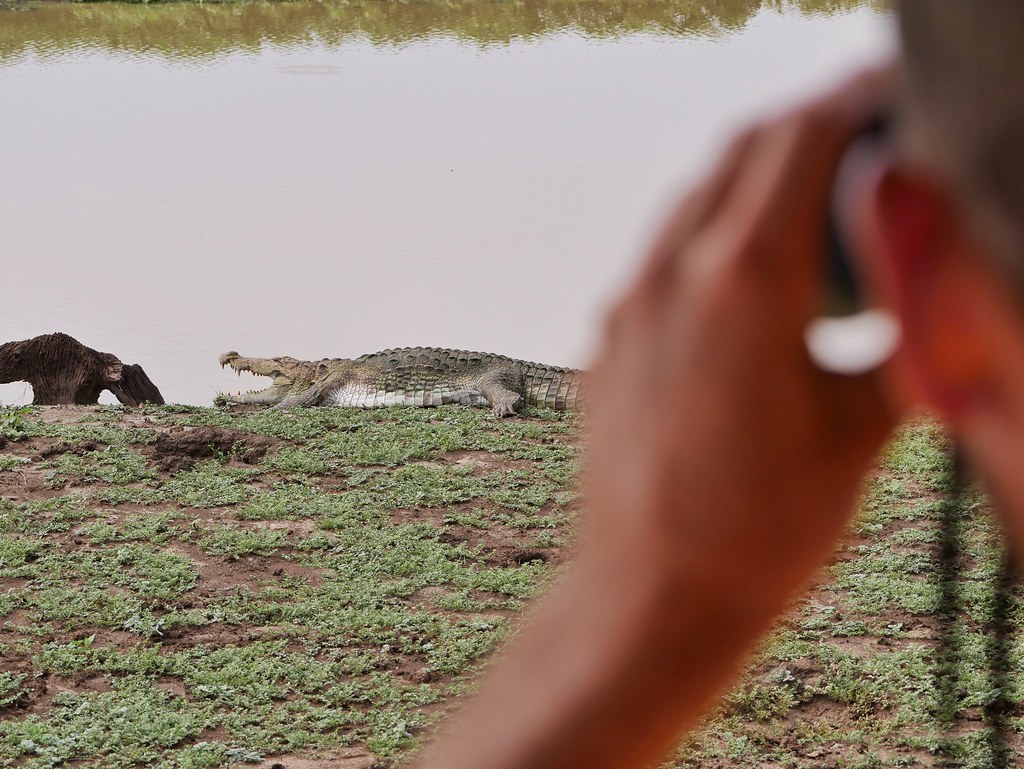 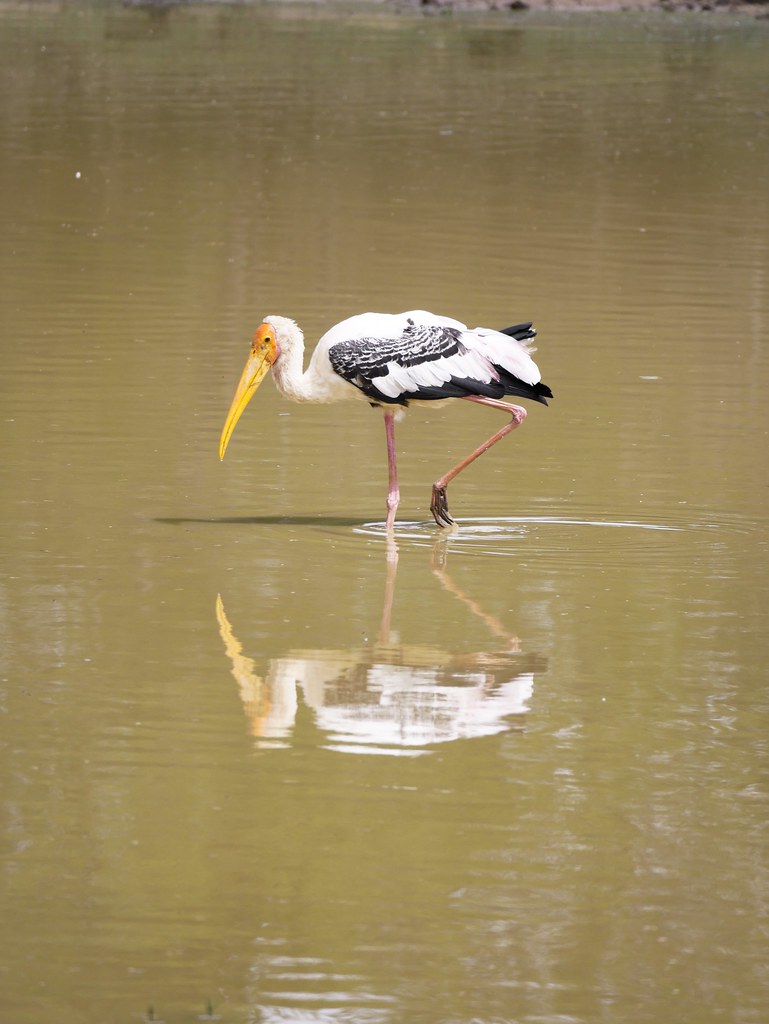 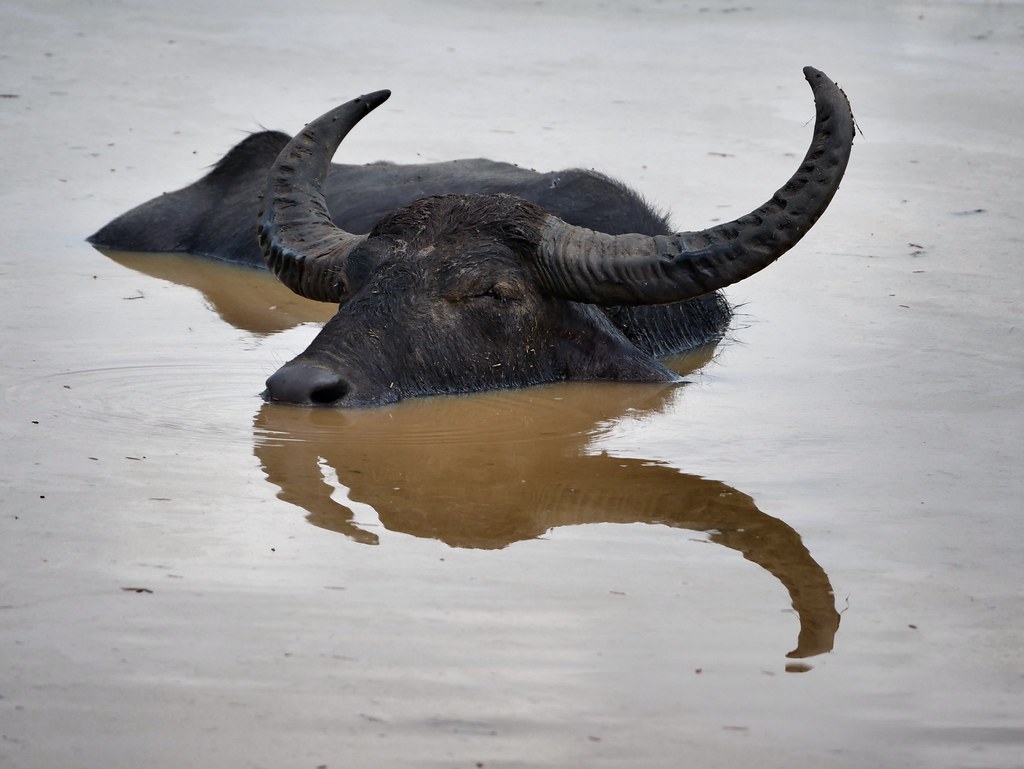