Mandalay is a big city with plenty of sites in and around the area. We’d spent two days out of the city, exploring the Mingun pagoda up the Irrawaddy River and also in the waterfalls to the east. So on our final day we took the free bicycles from our hotel and whizzed around the city.

It’s kind of crazy how many pagodas there are and we didn’t want to get fed up with seeing so many so we just picked a select few. We cycled around the gigantic palace walls until we reached Sandar Mu Ni Pagoda which consisted of a huge gold pagoda in the centre and 1774 white and gold shrines surrounding the area. The pagoda enshrines the largest iron Buddha image in Burma weighing nearly 41,000 pounds. Along the covered entrances were women selling handicrafts. We found some lovely embroidery pieces and after debating which sequinned elephant was the prettiest we purchased one. The lady was very appreciative and after receiving the money she tapped it across as many embroidery pieces as she could reach and then looked up and smiled, explaining it was for good luck. 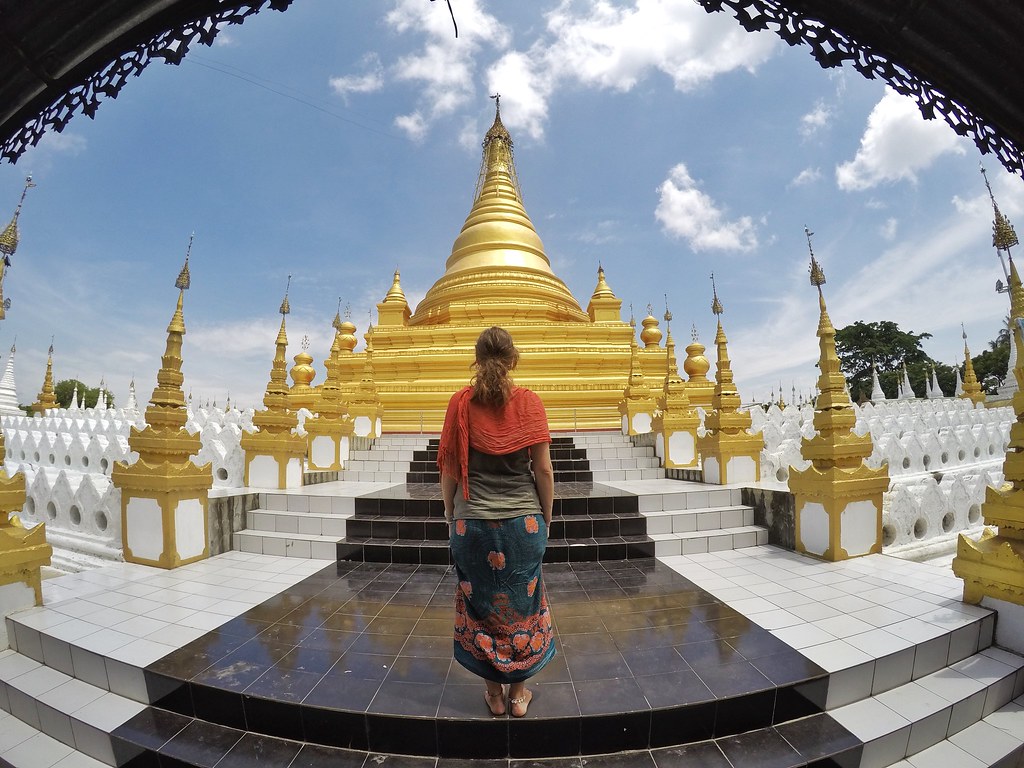 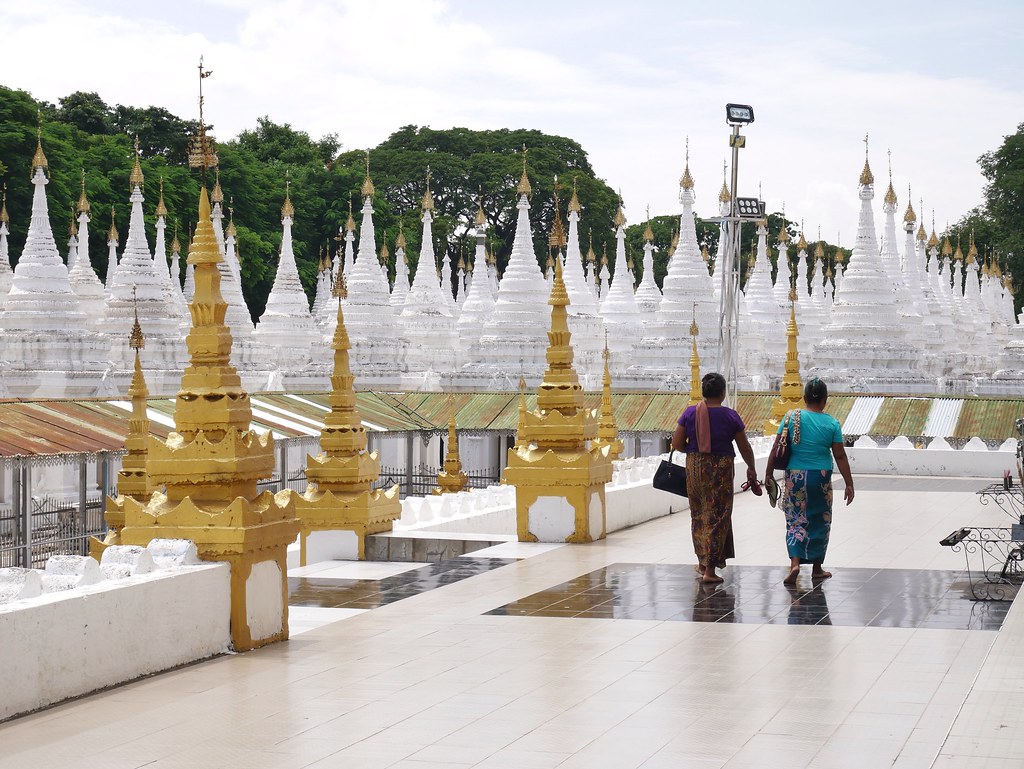 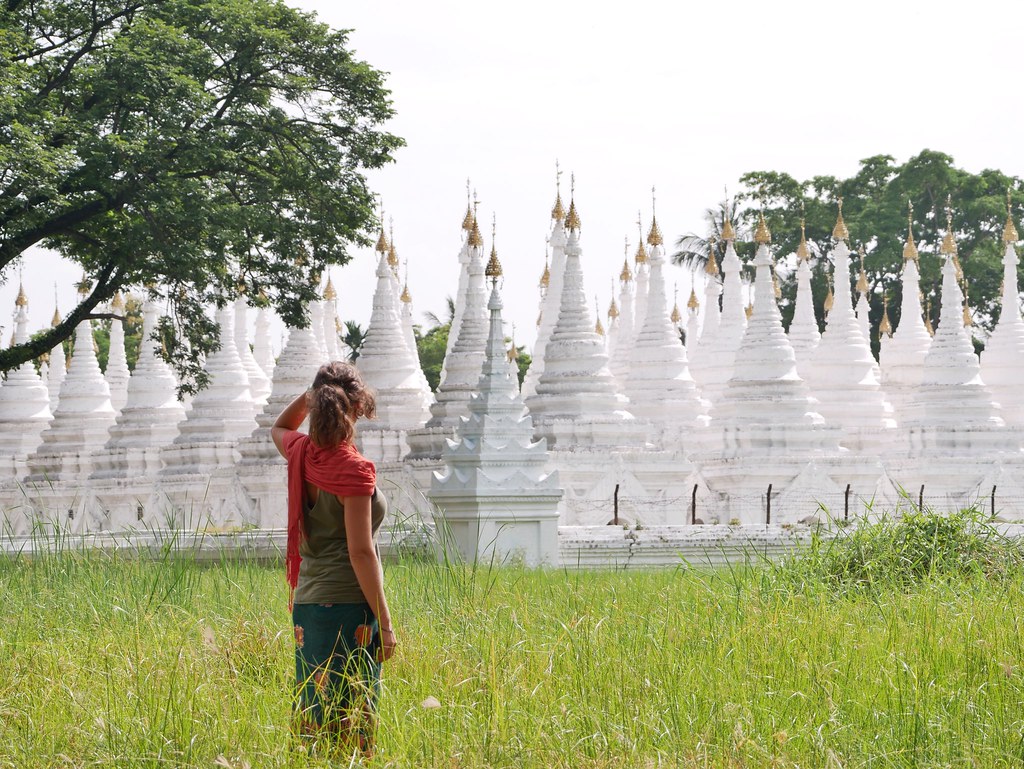 A short cycle along was Kuthodaw Pagoda which is said to be the worlds largest book thanks to the hundreds of shrines inscribed with Buddhist teachings. Some people sat under the structures in cool shady spots with old men chanting and singing beautiful songs. We too sat down to get some respite from the heat. Soon enough a monk joined us and asked us where we were from. He was over the moon to hear we were native English speakers and politely asked if we could help him with his English. He had a notebook with sentences in both languages and asked us if they sounded right. Most didn’t make much sense, one sentence had something about hating parents and we had to explain that hate was a very strong word. We ended up talking to him for about half an hour and he told us he was a novice and not yet a monk. You can become a monk from the age of 20 and he had already passed that age but wanted to learn more so he’s waiting until he’s 25. He wanted to give back something to us to say thank you for the little English lesson so he offered a palm reading. He pointed to one of the lines on Craigs hand and said he could have two jobs “for example you a doctor in the morning and a teacher at night”. Then he read my palm and beamed saying I could have three jobs, and if I put my mind to it I have the opportunity to be a doctor, teacher AND a singer. He saw this as a very good thing so I didn’t have the heart to tell him that it’s bad to have so many jobs and my tax would go through the roof. I asked him for a photo and he did the sweetest pose with his lesson book which made us smile. As we said goodbye he very seriously said he will pray for us, our family, and our friends and we do not need to worry. 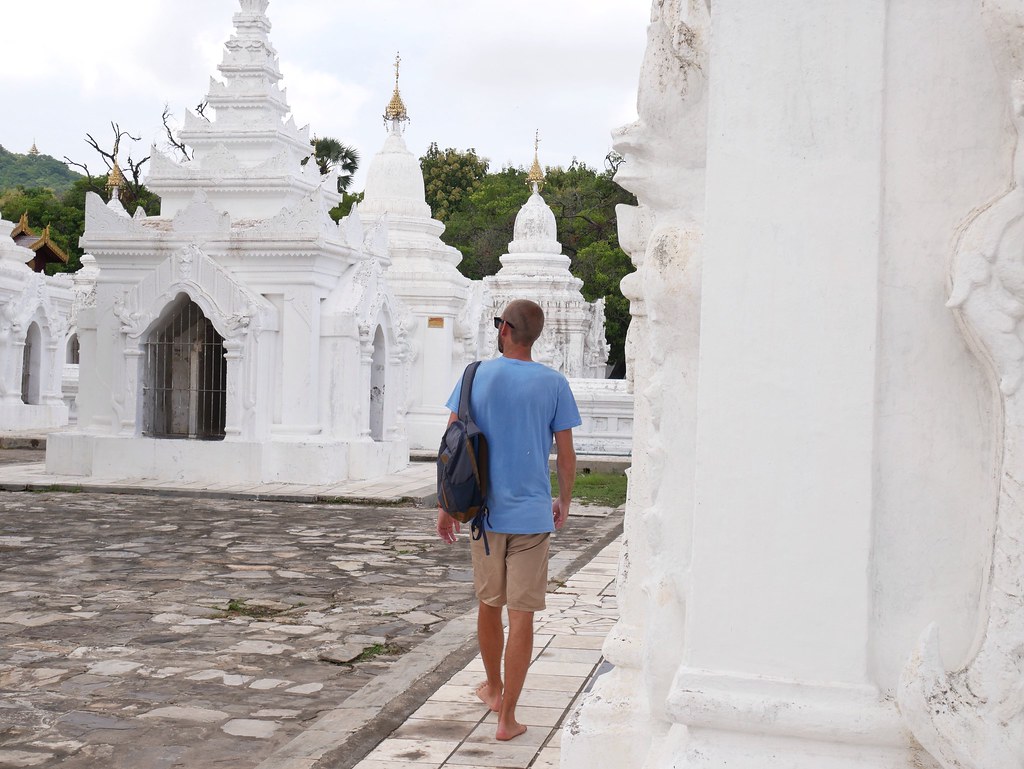 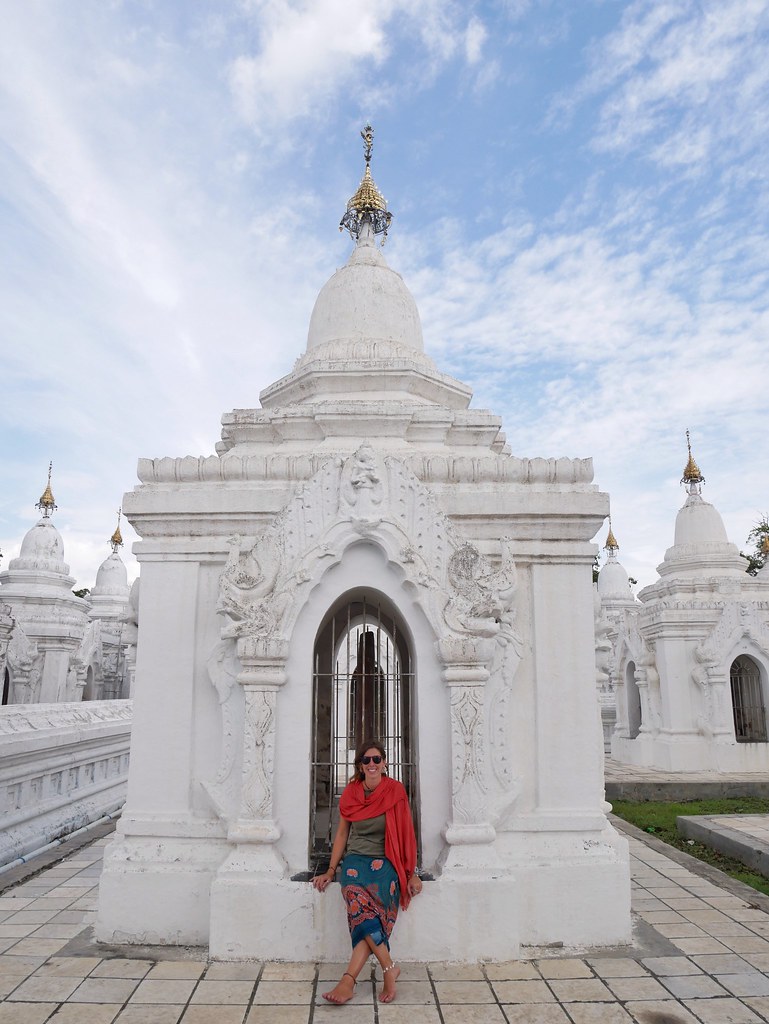 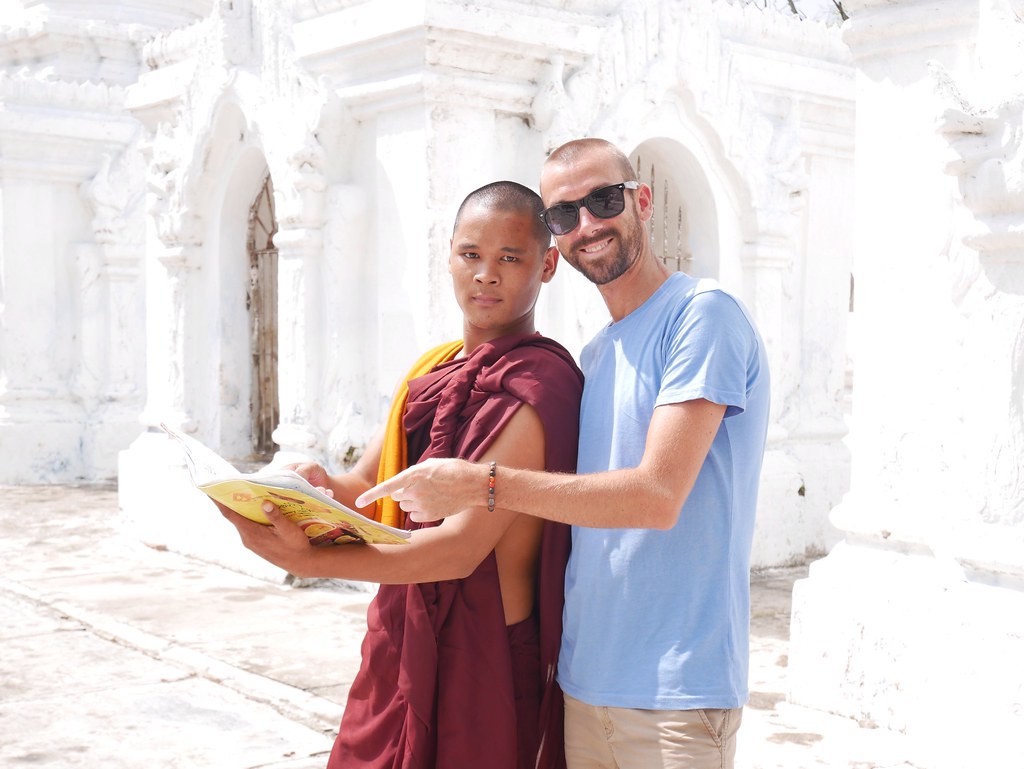 That evening we visited nearby Mandalay Hill which at 240m is quite a sight compared to the flat plains that surround it. We had to leave our shoes at the bottom and then the climb began. There were 1729 steps with a sheltered roof over them, seating along the edges and the forested slopes on either side. Buddha statues, pagodas and monasteries were dotted along the route and there were dogs everywhere, some were in an awful state and it was so sad seeing a mum neglecting the runt of her litter who was starving hungry and had a damaged leg. Another puppy we saw was almost furless and lying on the bristles of a whicker broom all on its own. I think Myanmar has one of the highest populations of stray dogs we’ve ever encountered. 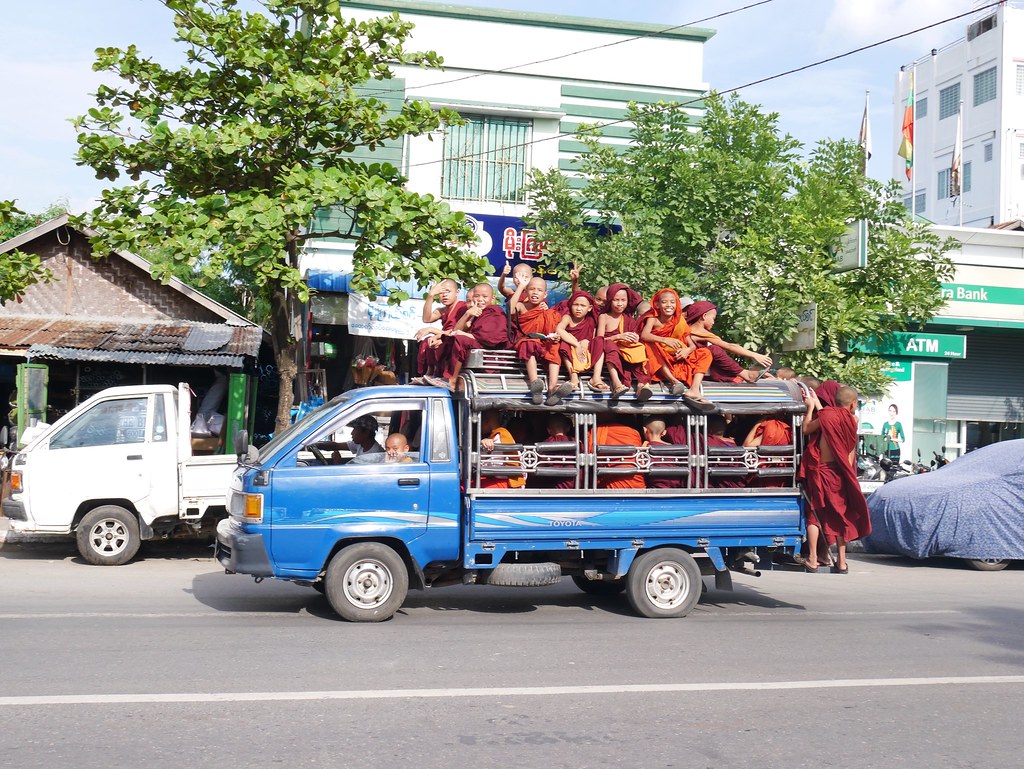 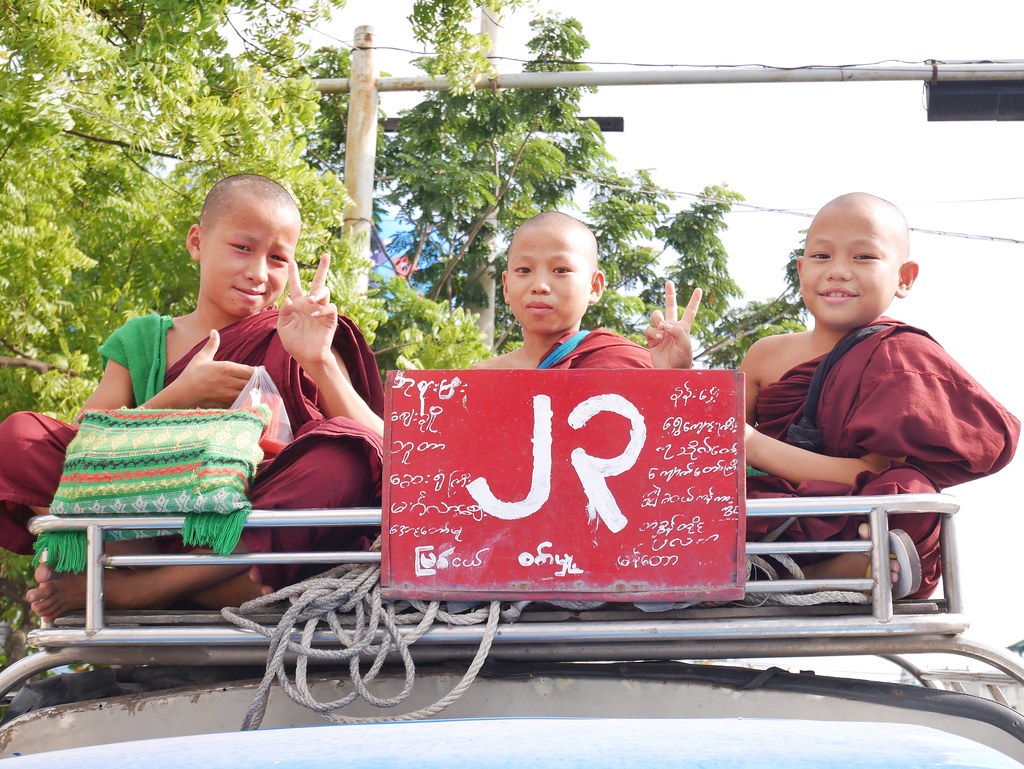 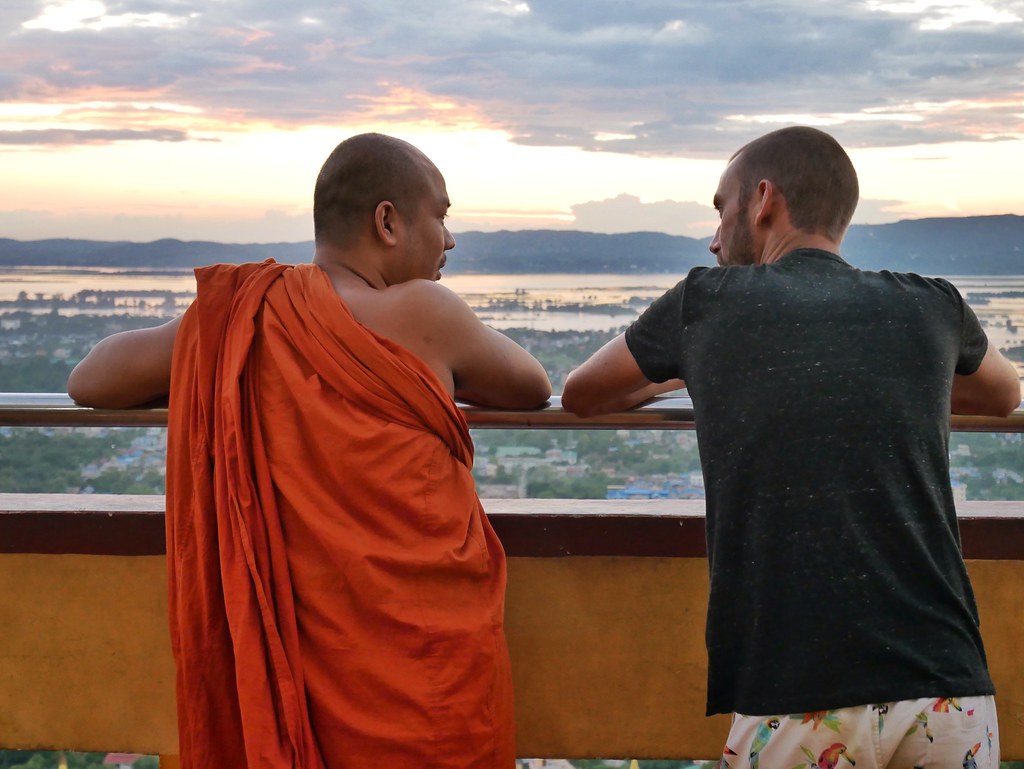 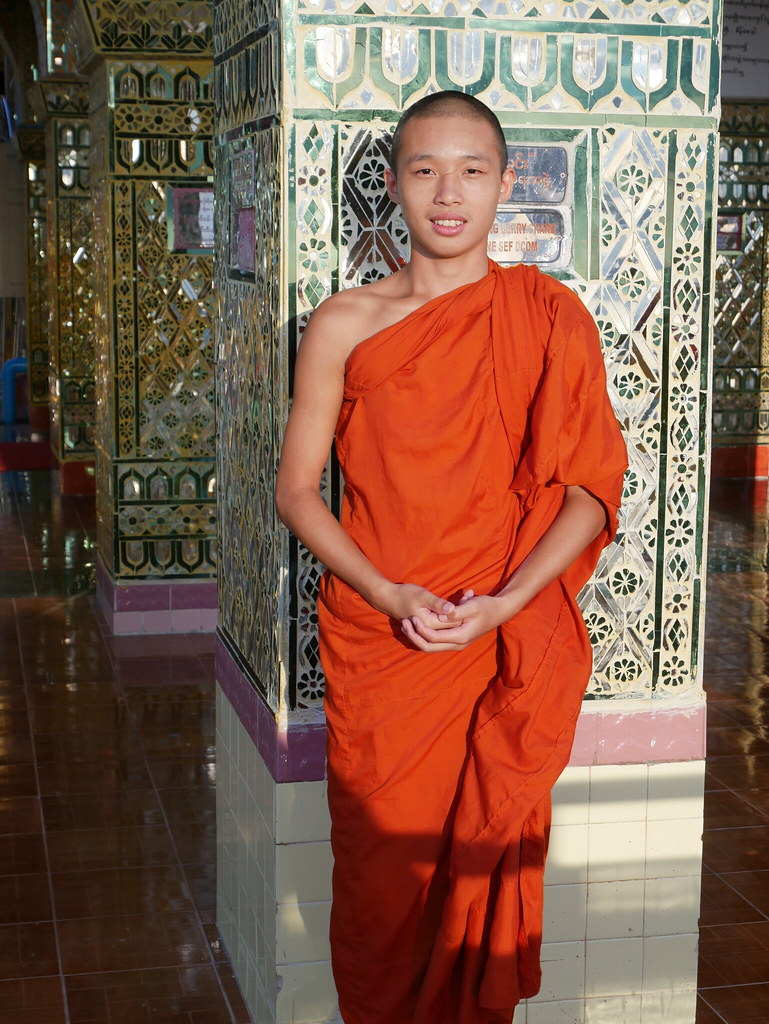 It was a long and tiring walk up to the shiny pagoda at the very top. There were a few monks taking in the 360 degree view and they were also elated to speak. One young boy was a novice and said he comes up Mandalay Hill every day. I think once was definitely enough for me after all those steps. Swirling clouds appeared before sunset and a storm formed in the distance. But between the clouds the giant glowing sun lowered itself and was reflected in the Irrawaddy River. The horizon turned as orange as a monks robe and birds became silhouettes as they flew around the sun. 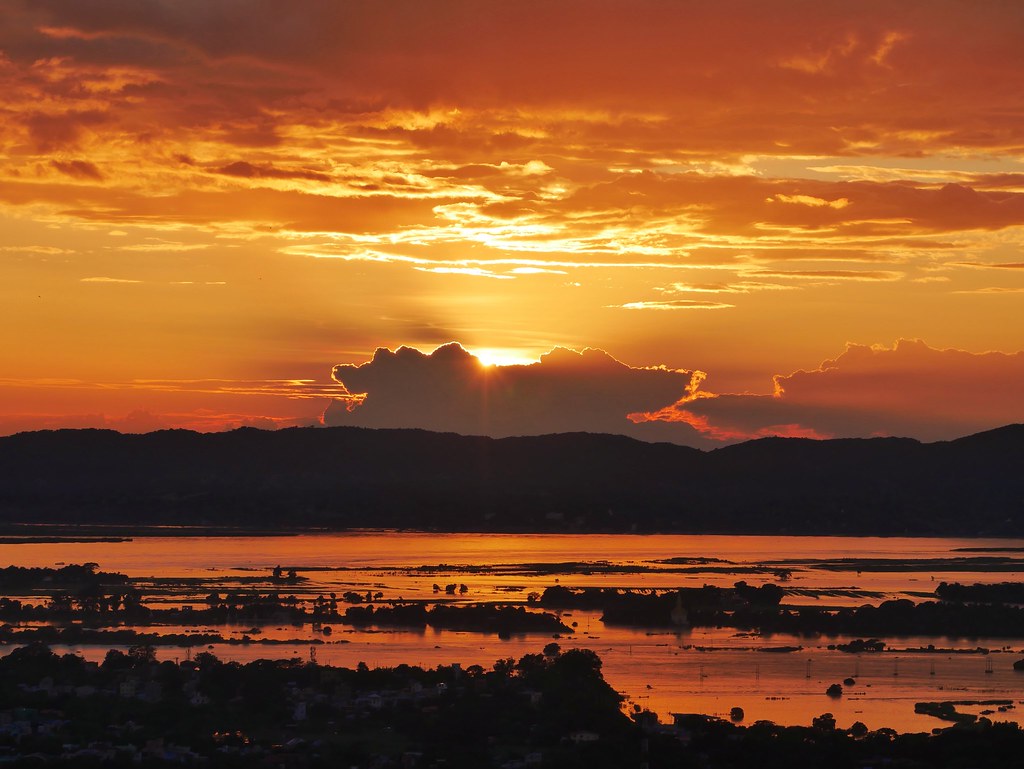 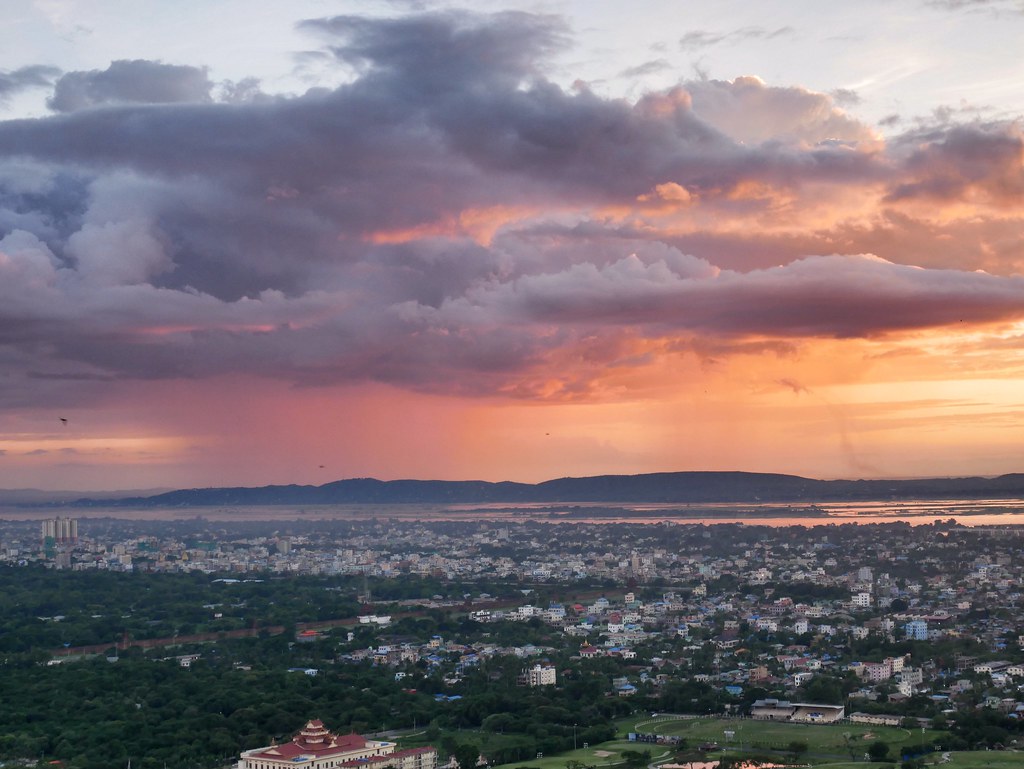 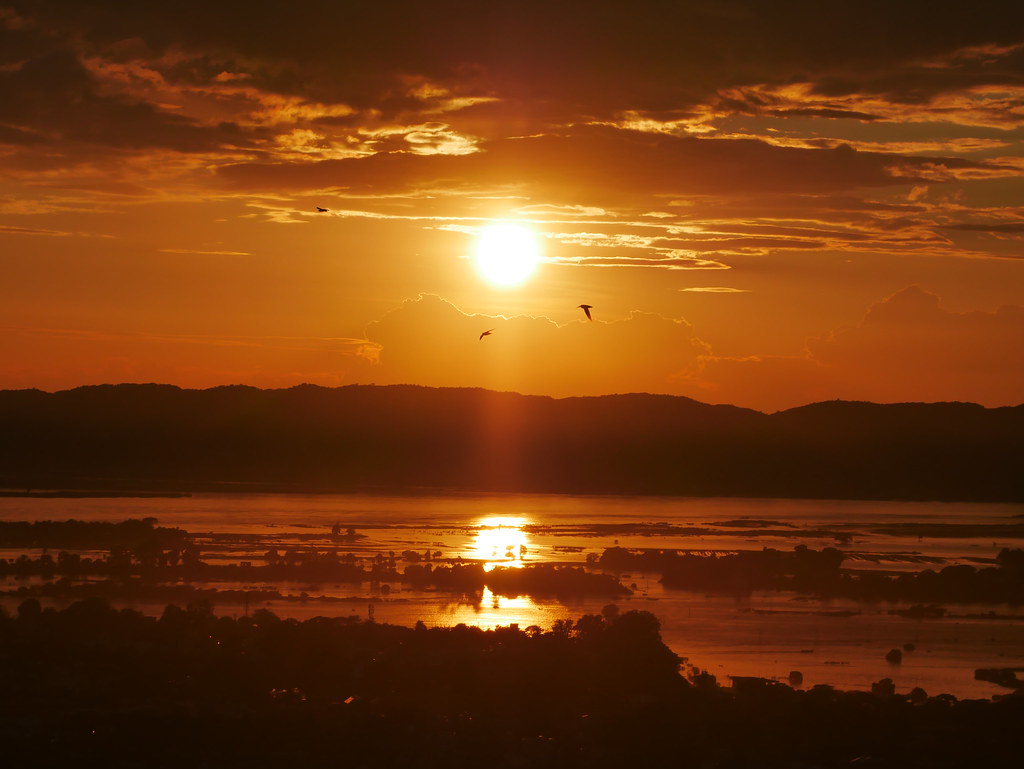