Summer seems to have slipped past us here in England. It began with a heatwave; most of us brits got severely sunburnt and then complained that it was too hot and Mother Nature retaliated with rain. England is actually screwed if the temperature goes above 28 degrees or below 0; either we run out of grit and salt to deal with snow and ice conditions or we’re melting in an abnormal Mediterranean climate, when freezers begin to pack in and we cuss because we work in a place without AC.

Craig and I have been busy working in a local restaurant and saving money for our next adventure, but we did manage to escape for a little family getaway with my mum and sister to Kent. It’s not the most exciting destination in the uk, I would of loved to have gone to Cornwall or revisited Wales, but Isla our family dog was coming along and we wanted to limit the car journey. So Kent it was. My mum grew up along the coast and is a huge fan of being by the sea, so it seemed apt to stay at a house just 20 meters from a shingle beach….and 15 meters from a pub! We rented the property on Airbnb and it was a beautifully renovated fishermans cottage, stylishly decorated and set in the tiny village of Kingsdown. 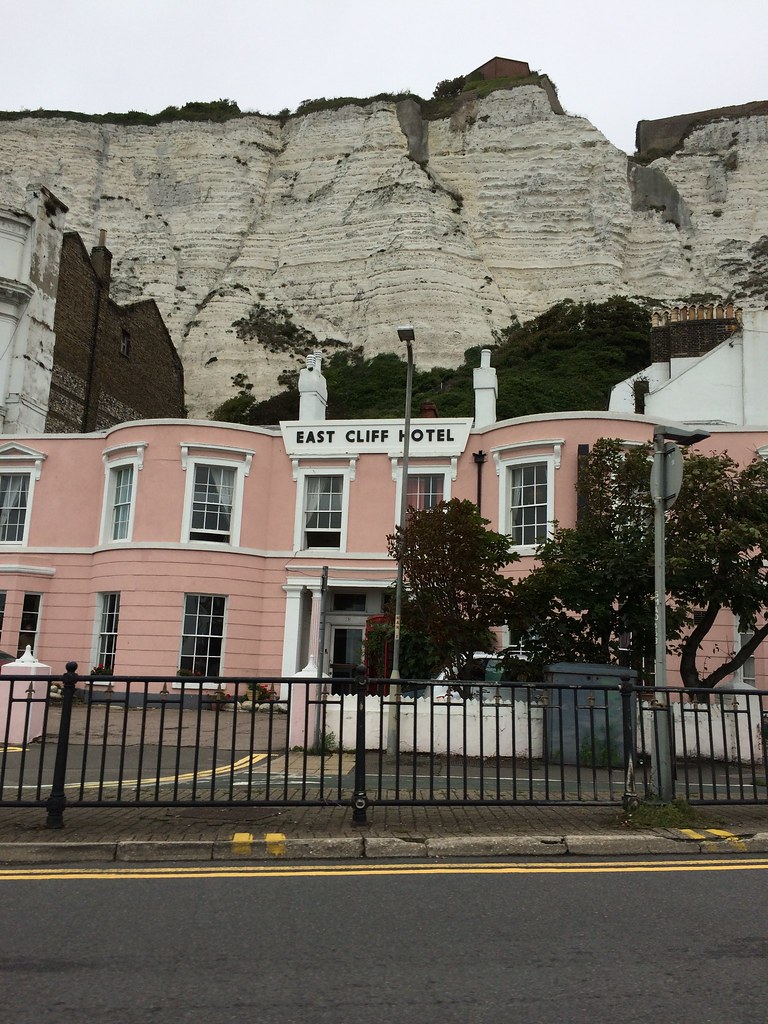 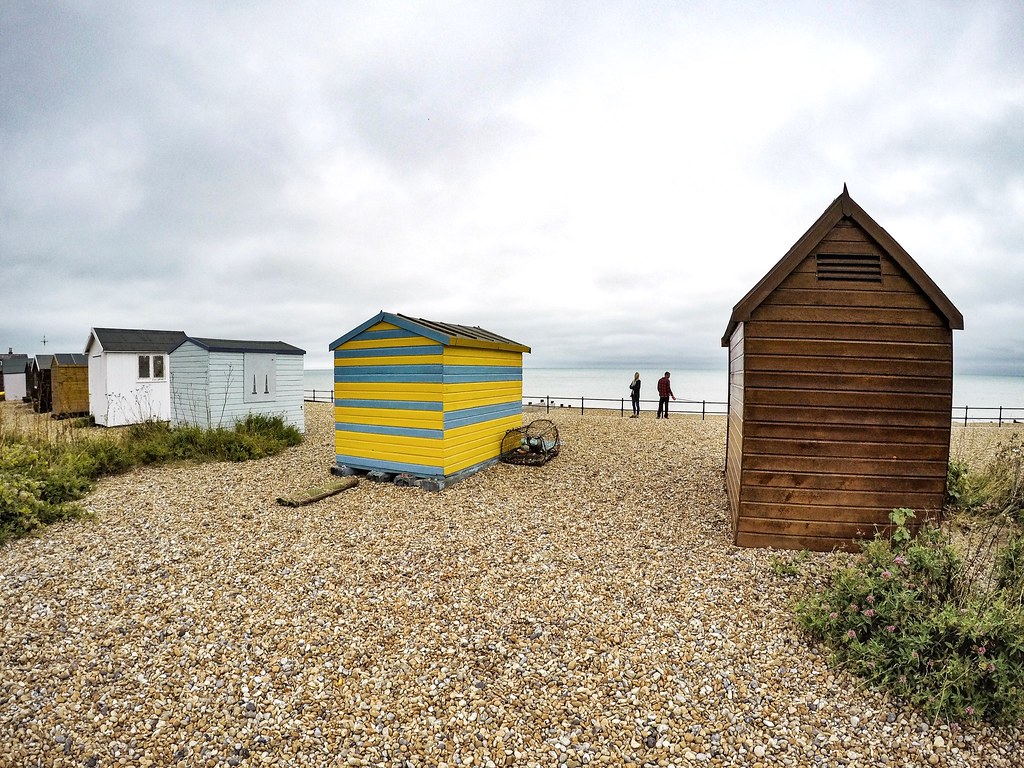 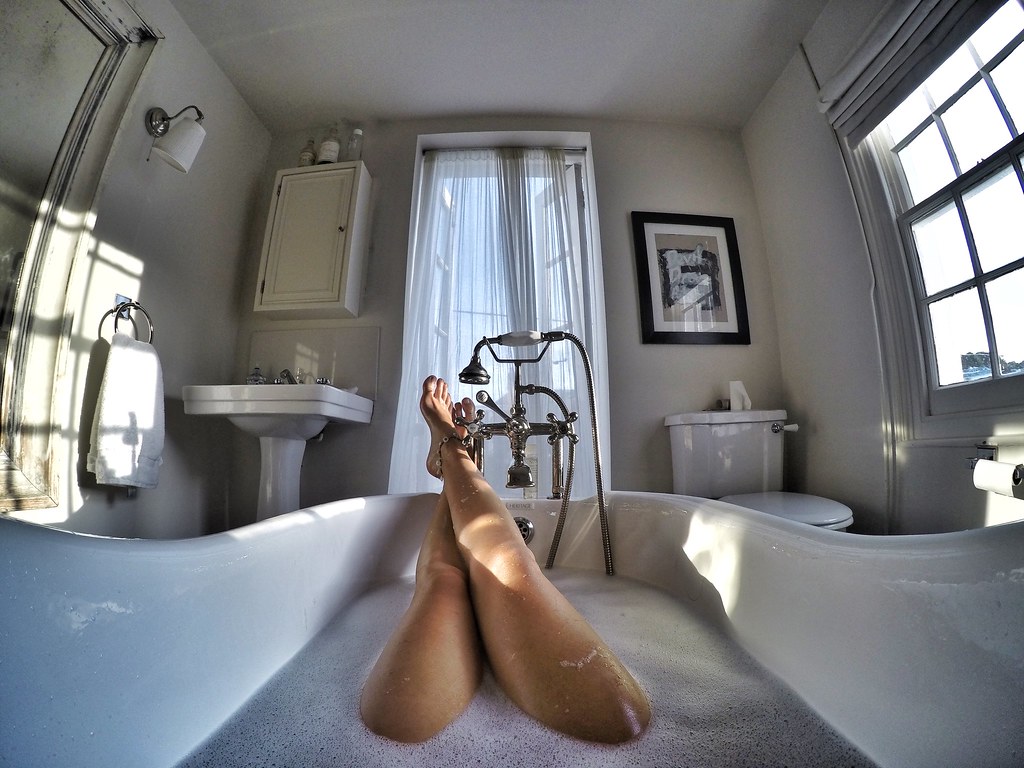 We were pleasantly surprised with the area, it was quiet and clean and there was a sweet village vibe as appose to what we expected because Dover was just 10 miles away and is a rather run down town in comparison. We only had a few days away so we spent our time walking, eating in pubs and playing card games. 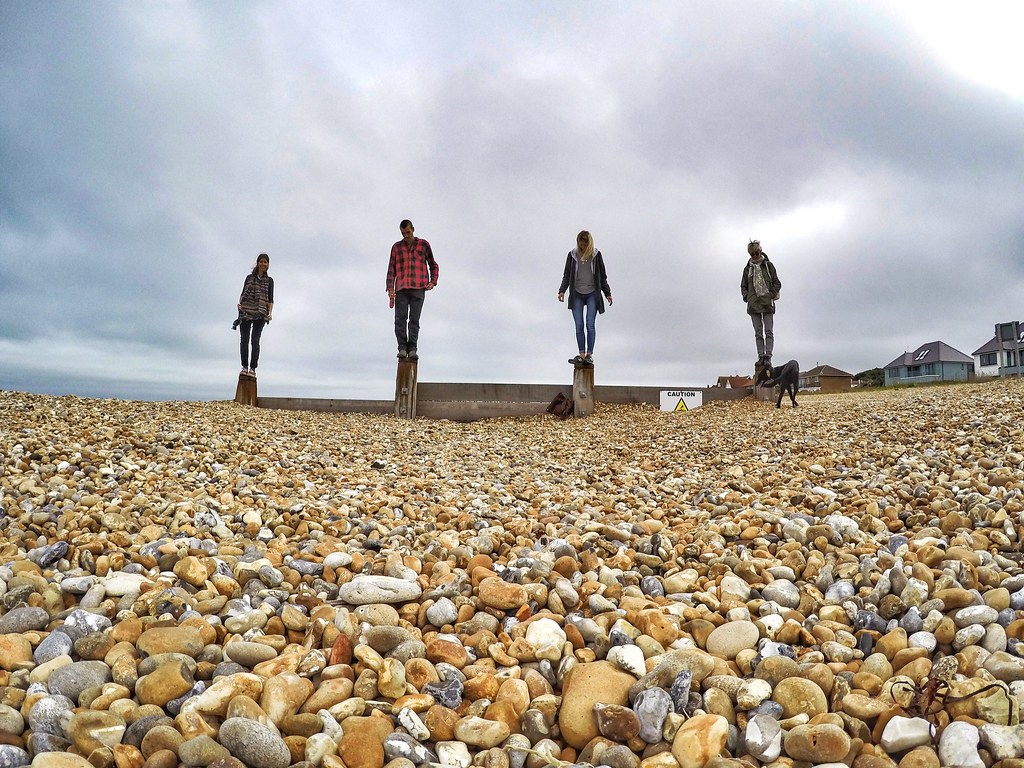 We had a lovely stroll to Deal which had boats piled up on the shingle beach and pastel coloured houses lined along the shore. Gardens were neatly manicured and the properties were covered in hanging baskets and overflowing with flowers. 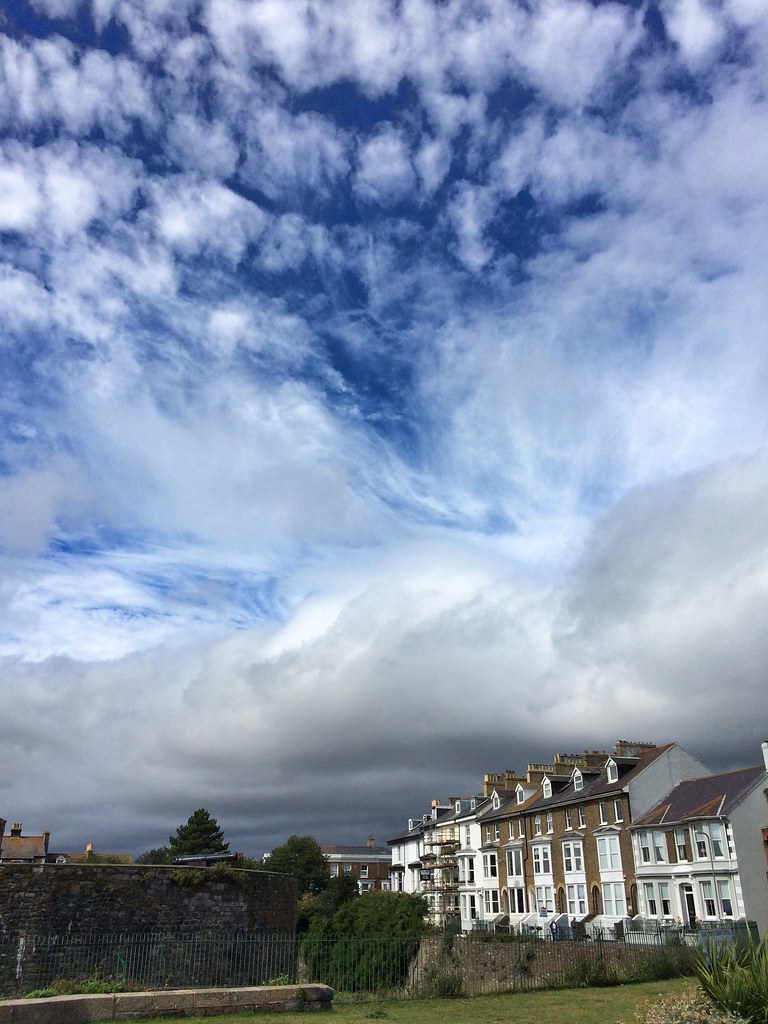 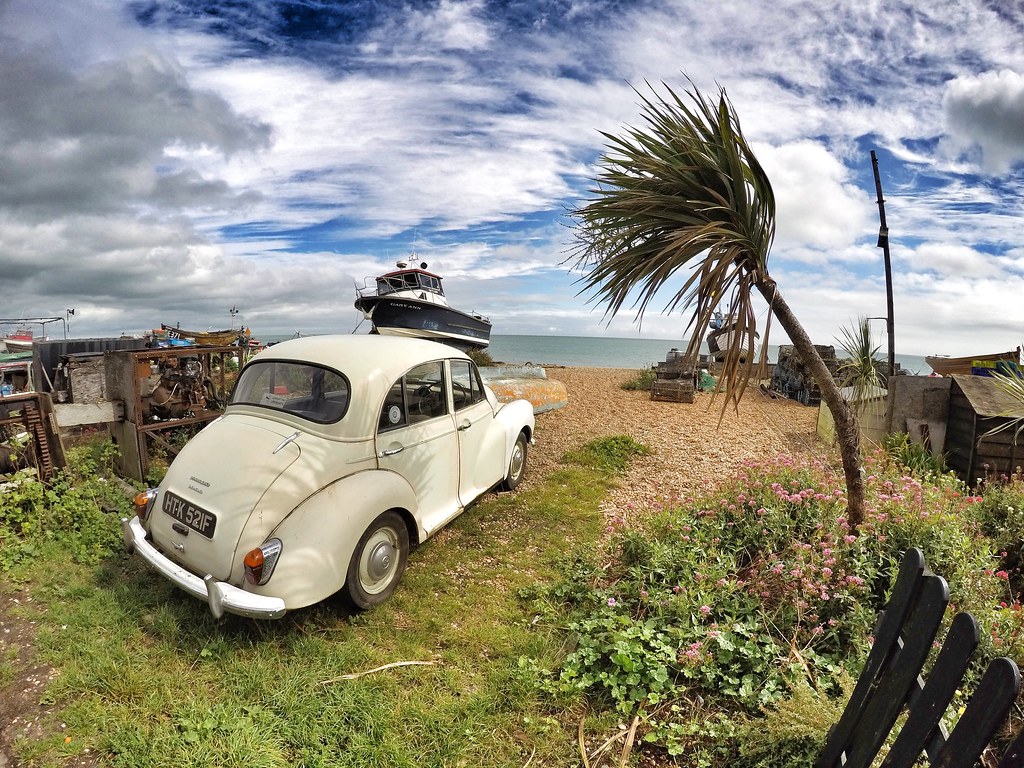 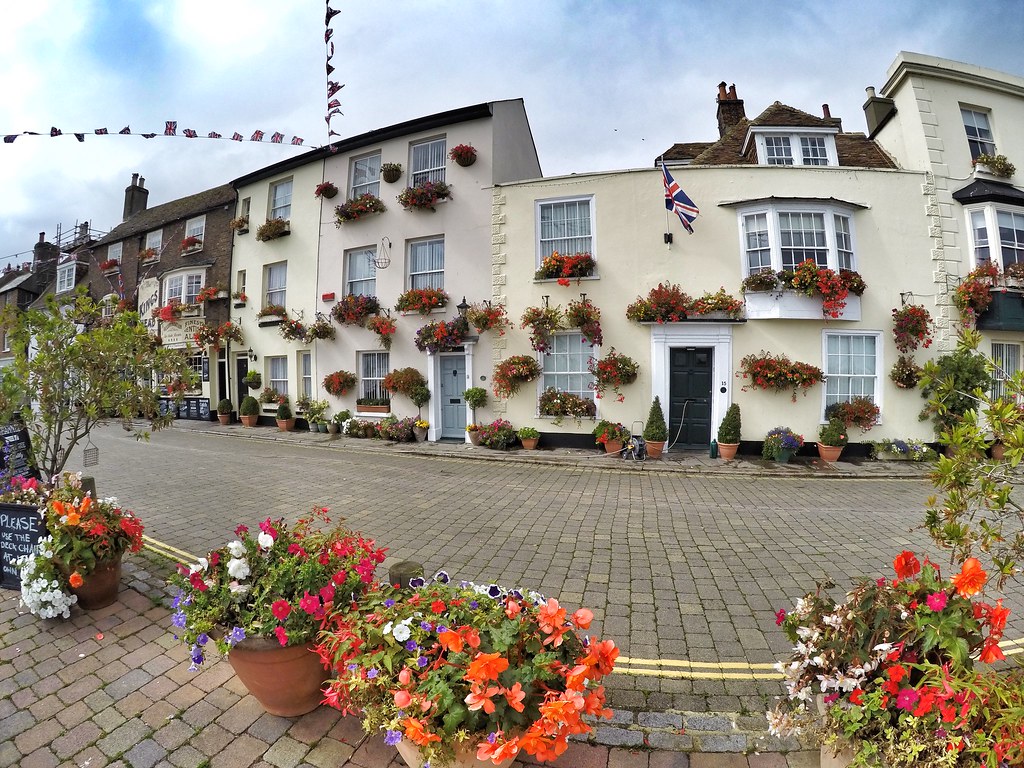 We spent another day driving north to Botany Bay to check out the beach. It was a pleasant surprise with a golden sandy beach and steep white cliffs rising around. Some of the cliffs had eroded away and left tall, white pillars rising out of the sand which is what made this beach so unique. Further along the coast was a perfect beach for Isla to run off-lead and go absolutely crazy, doing huge circles around us for a few minutes until she had totally exhausted herself. 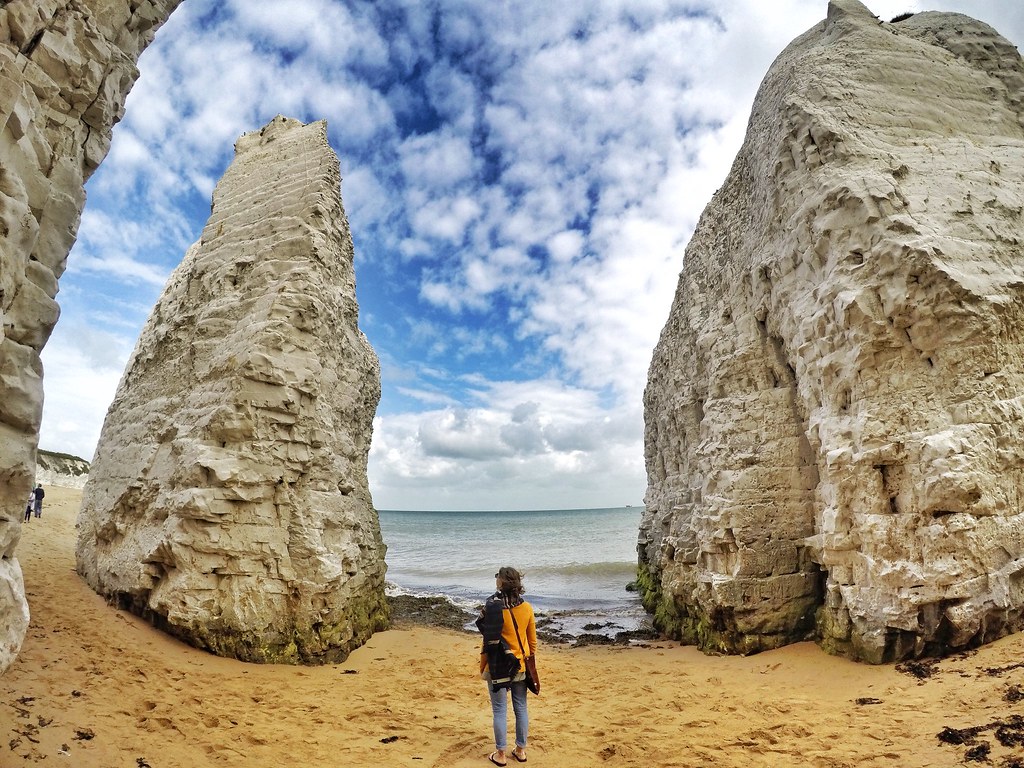 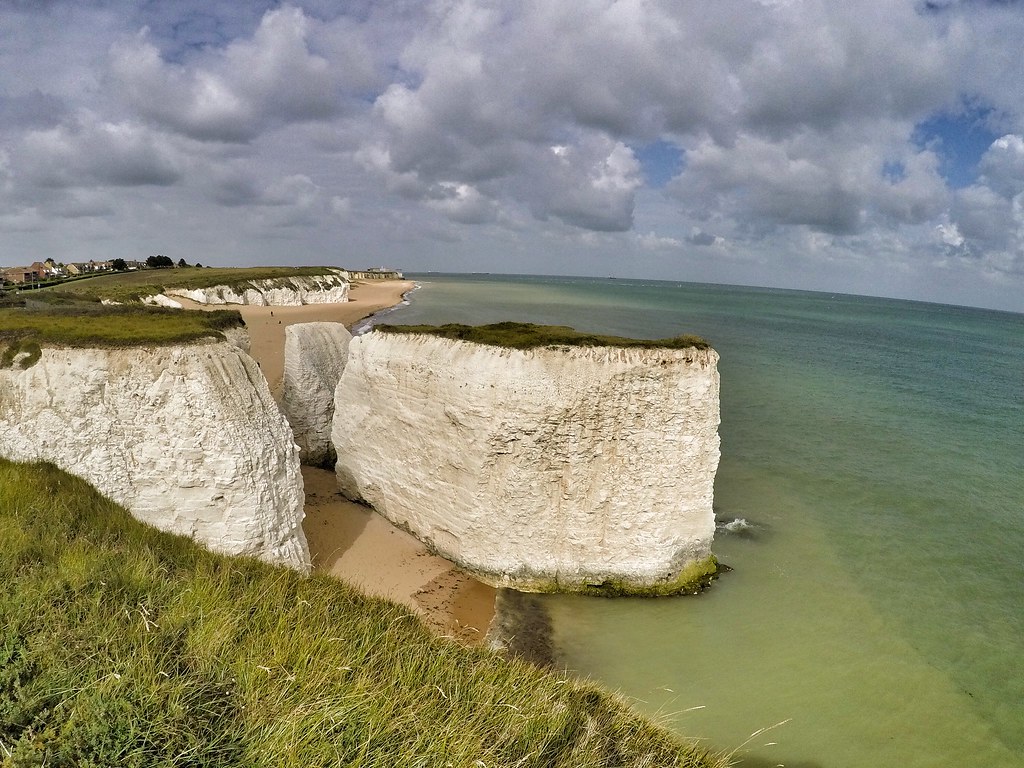 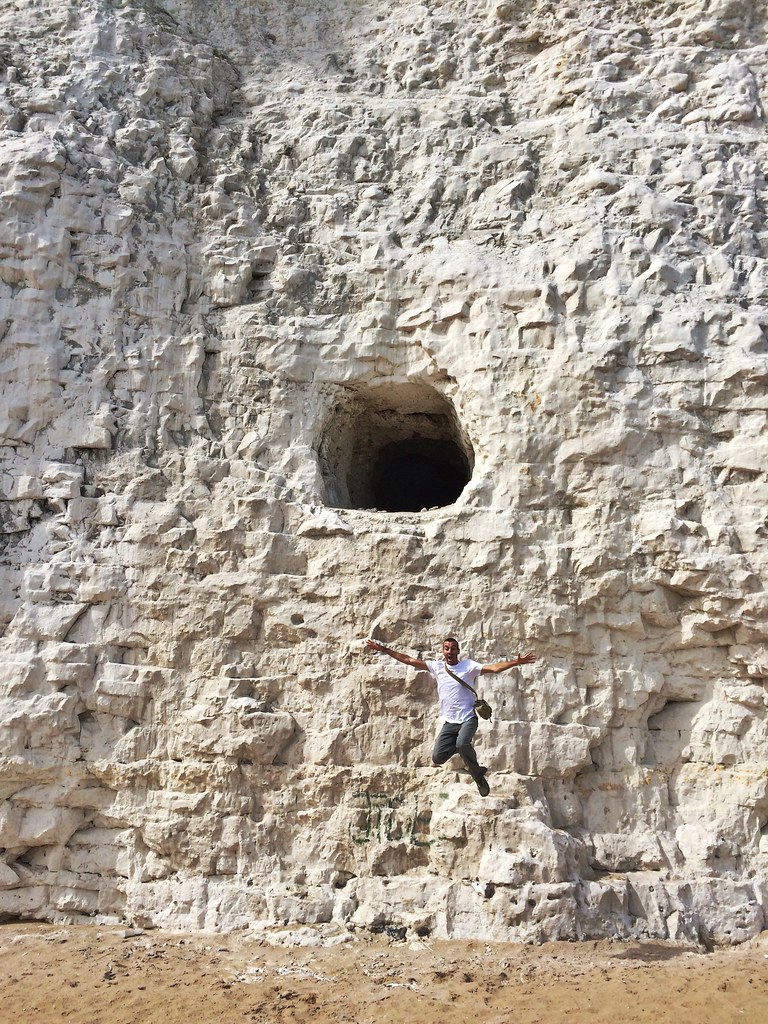 We detoured to Margate for a lunch break and mum pointed out places she recognised from growing up there. She said she used to hate it when her parents would drive her to the beach and just sit in the car and watch the sea for hours….and now that’s exactly what she loves doing. We didn’t have long there but enjoyed a tasty lunch on the harbour which had a rustic, arty vibe with brightly painted wooden shutters. Then we wandered along the pretty arc of a beach and up some old lanes till we arrived at the Shell Grotto. It was a bizarre place, sort of like an underground lair with a hallway covered in thousands of old shells. No one knows why or when it was made, but inside were old photos of seances that took place in the creepy dark room at the back. It was a two minute visit for me, but Craig enjoyed reading the information plaques while I waited in the gift shop and admired a modern pink dinosaur made from shells. 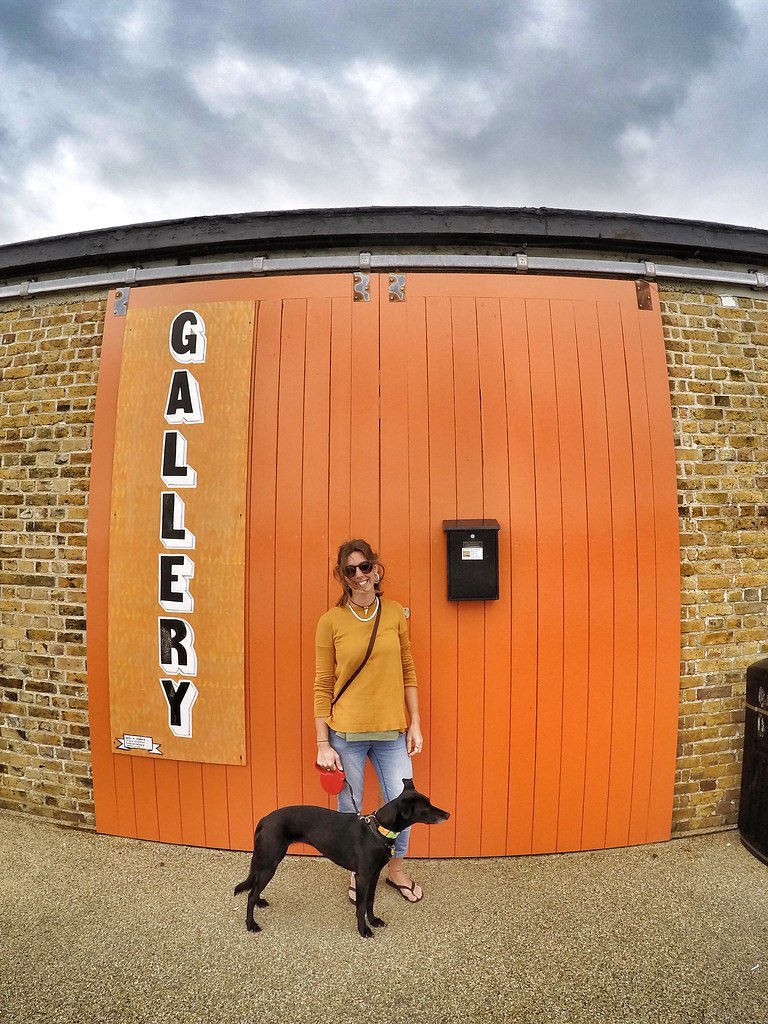 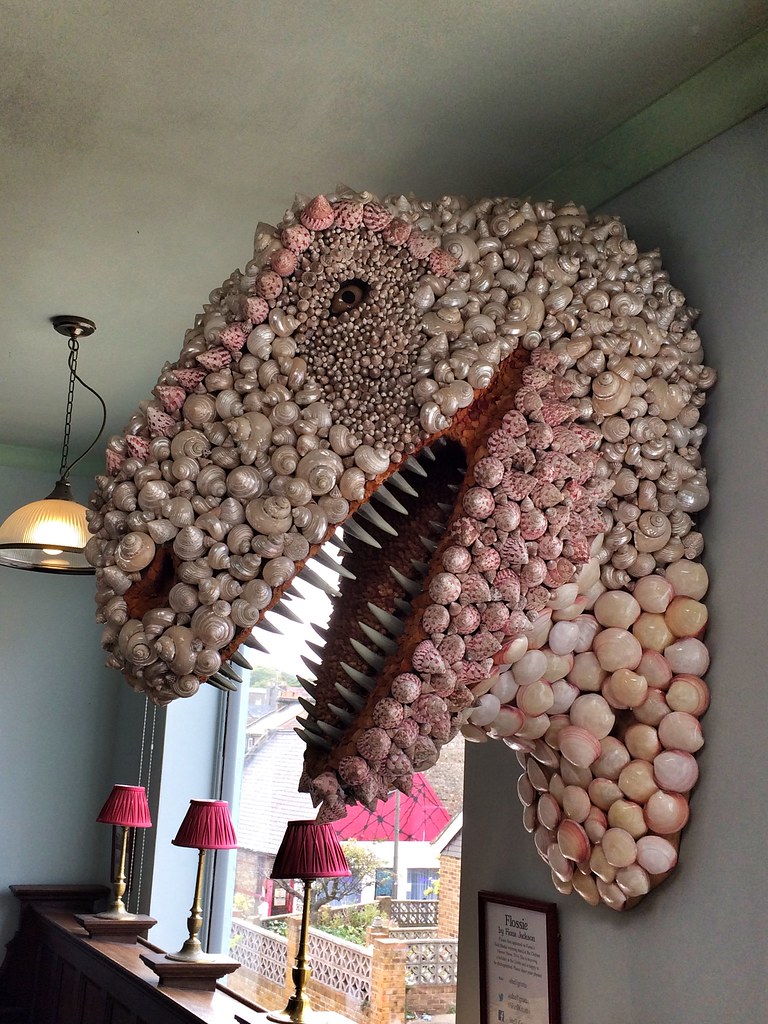 For our final day we enjoyed a trip to the white cliffs of Dover. They were very similar to the the Seven Sisters and Beachy Head cliffs near where we live, with grassy rolling hills suddenly dropping down to the sea. We enjoyed a nice long walk to a beach and climbed back up to the lighthouse where the very popular Mrs Knott’s tea room was. It was the perfect place to stop and enjoy an afternoon tea before finishing our walk. We actually took a slightly different route back and it was a very narrow trail with a 8 meter or so drop down to some grassy land. Below that drop was the Dover port waaay below us…I guess it was a bit of an optical illusion that the trail dropped right down to the port as my mum and sister were freaking out from vertigo while Craig and I weren’t fazed at all. We eventually made it back in one piece and after having some lucky sunshine for a few days we had torrential rain for our drive home. 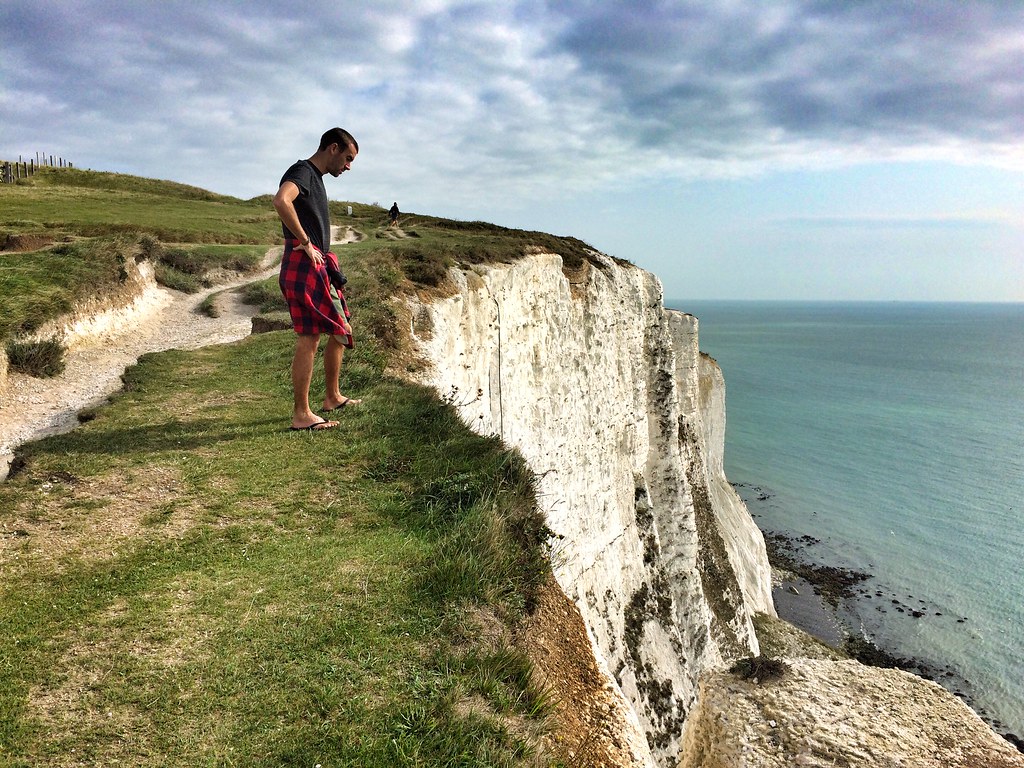 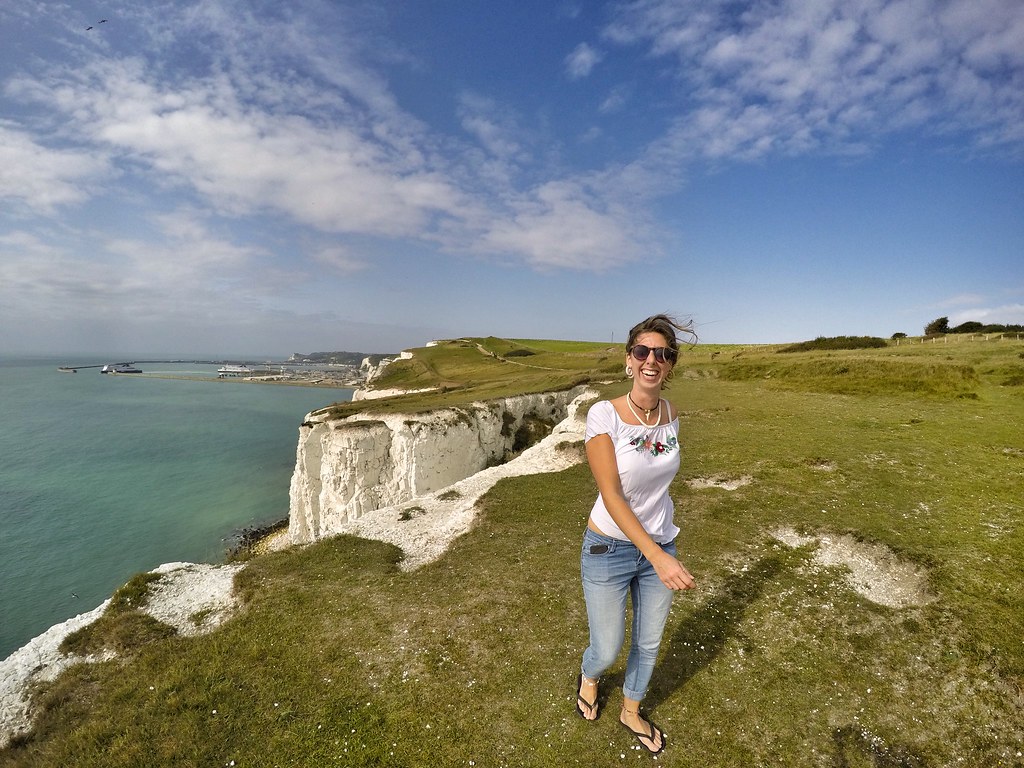 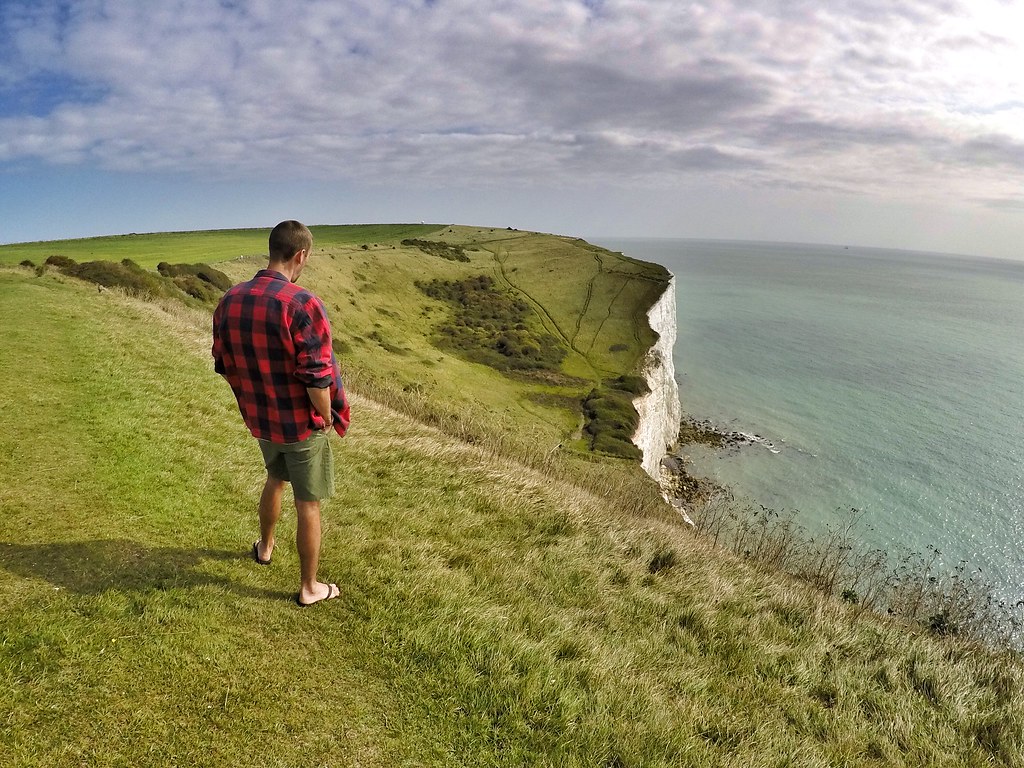 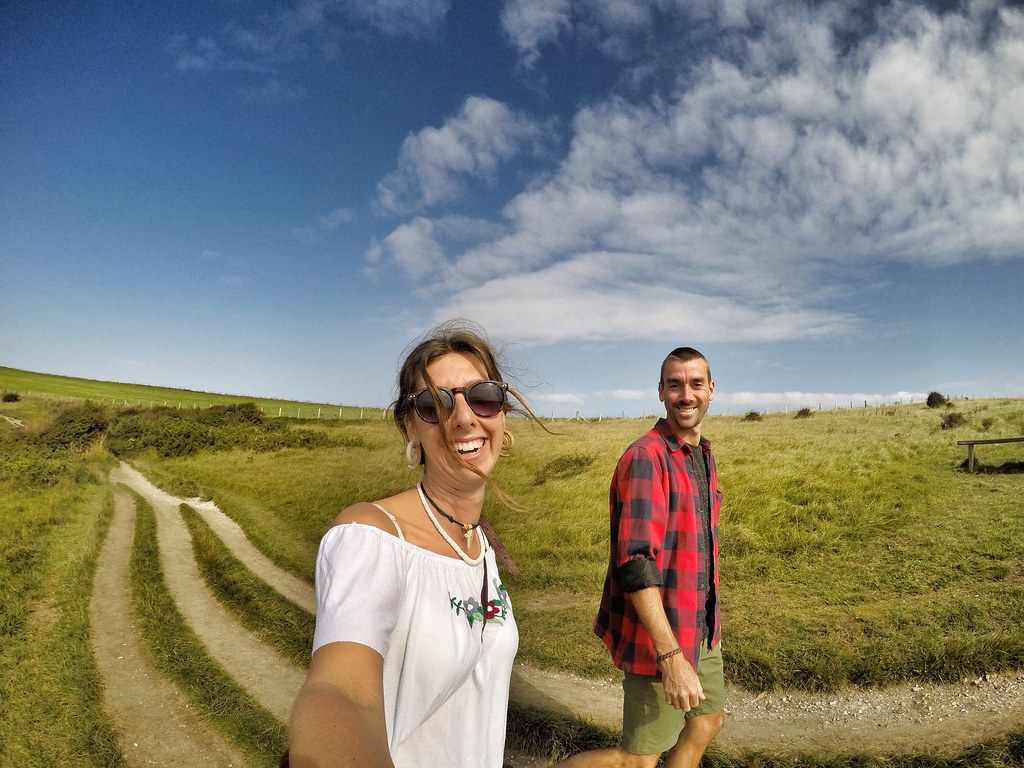 Another little excursion we did during the summer was to the Lordington Lavender Farm near Chichester. My dad was a huge fan of southern France so we planned this trip to mark the second anniversary of his death. It really did look like the south of France with pristine rows of bright purple lavender and the loud hum of bees. It wasn’t on the grand scale of France and it sure was packed with people as this farm was only open for one weekend, but it was a gorgeous spot to visit. We walked up and down the rows, getting whiffs of lavender along the way while eating some lavender cakes we bought from a little stall. Craig and I had actually driven past lots of lavender farms in France on our Europe road trip but it was during winter so the crops were finished for the year and they were just brown rows, so it was great to see them in their full glory. 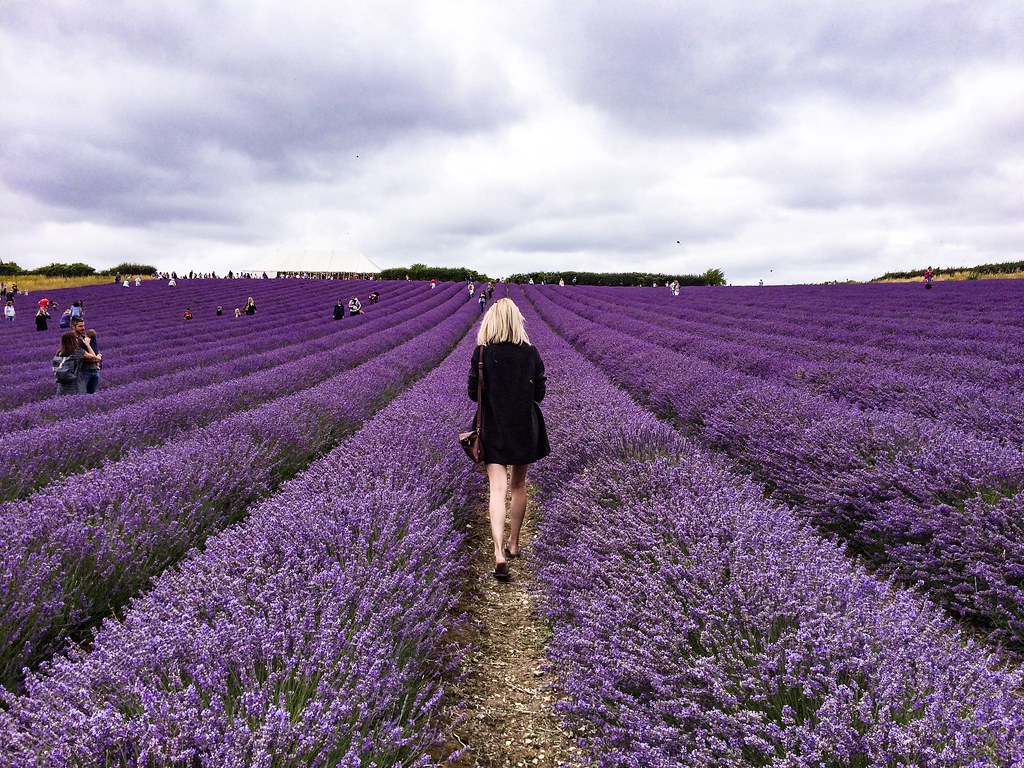 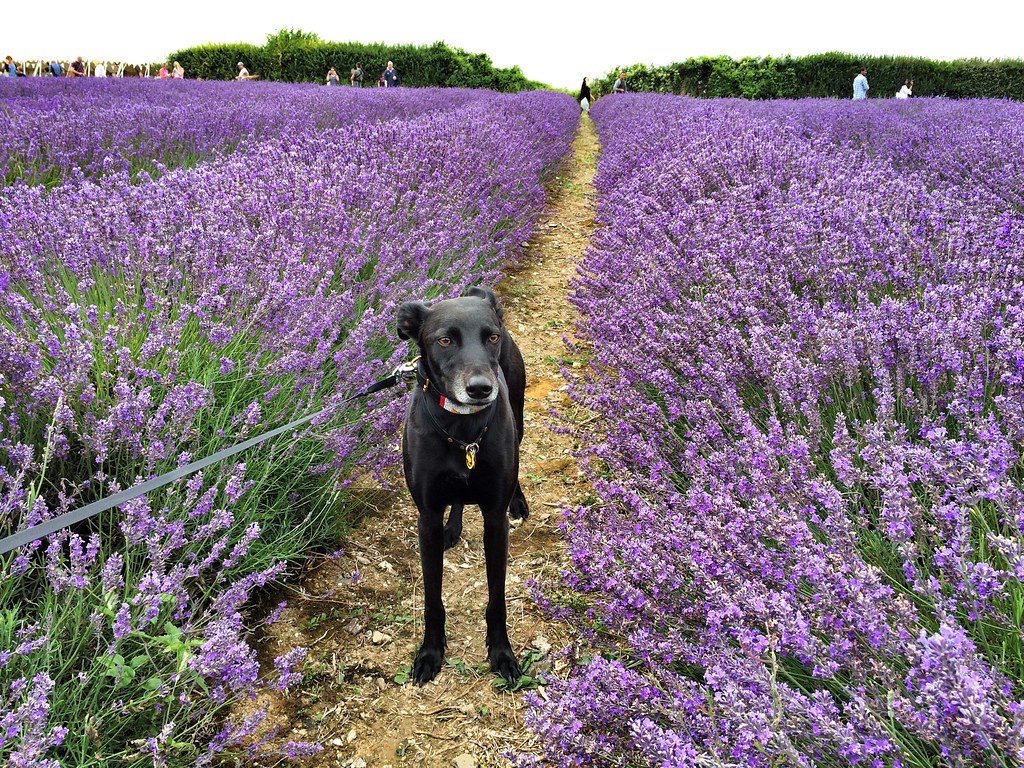 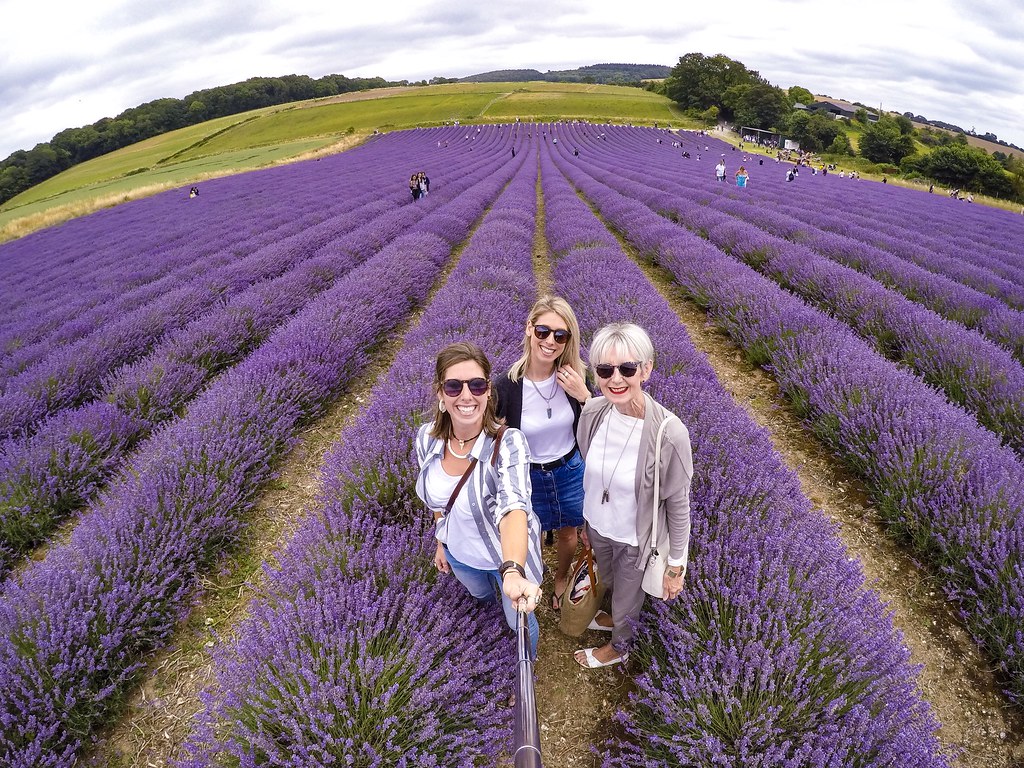 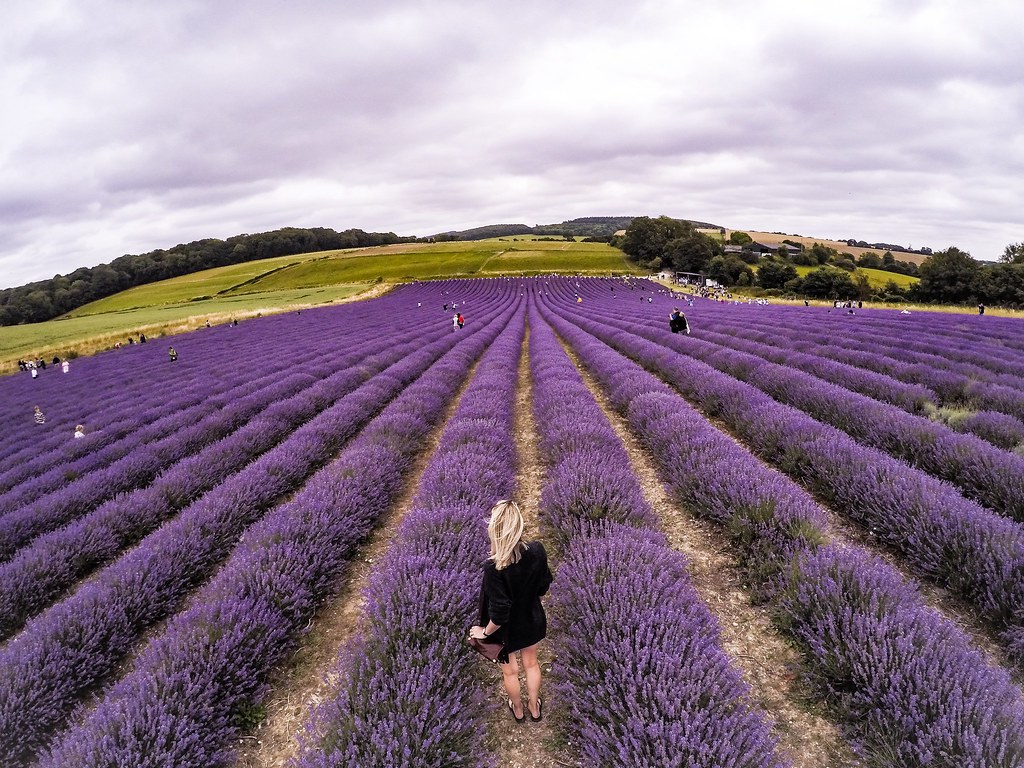 While the weather was at its best we made sure we had some days relaxing on Brighton Beach. We swam in the sea, sunbathed on a little patch of sand at low tide and admired the silhouette of the west pier as the sun set. We also celebrated our 10 year anniversary there, enjoying an Indian meal and then some funfair rides on the pier. Sadly my new shoes weren’t built for walking and completely split on me, so I had to buy some cheap, tacky sandals. They were a size too small and destroyed my feet so on the train home, Craig decided to be a ‘hero’ and use his penknife to cut the strap in half so it stopped rubbing in the same place. Clearly he didn’t have much experience walking in any shoe other than a trainer because he cut the strap so it was just 1cm wide. It was so loose that my foot didn’t even stay in and I had to literally drag my feet and the last remaining part of the shoe all the way home as I didn’t want to go barefoot. Romantic date as ever! 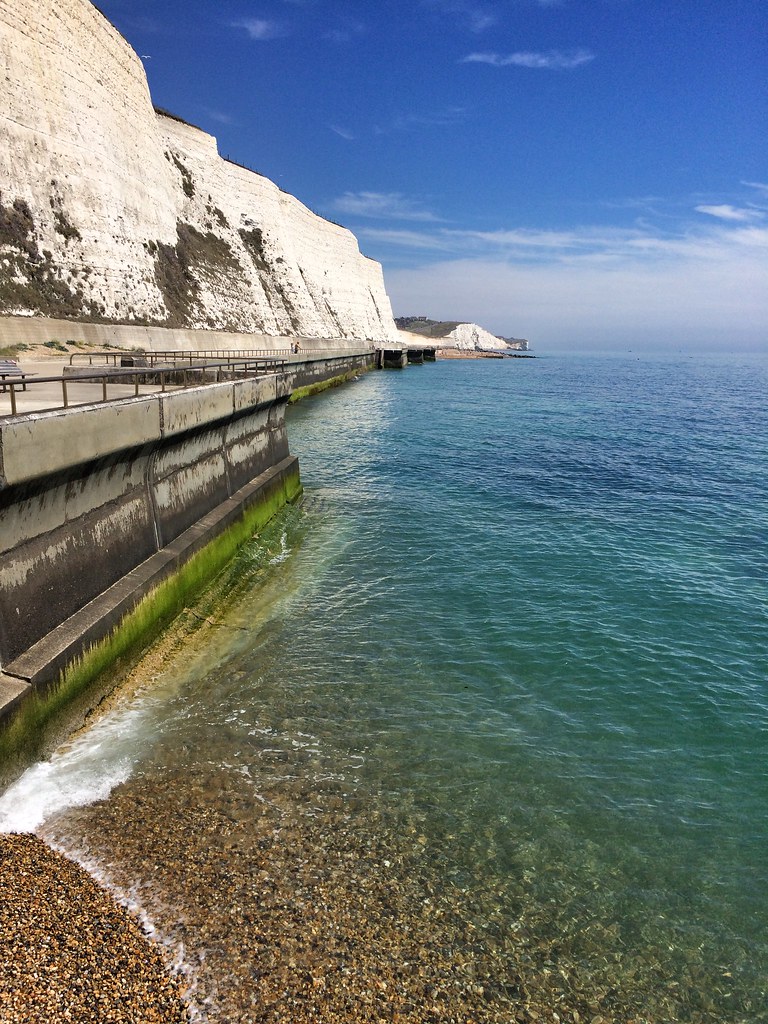 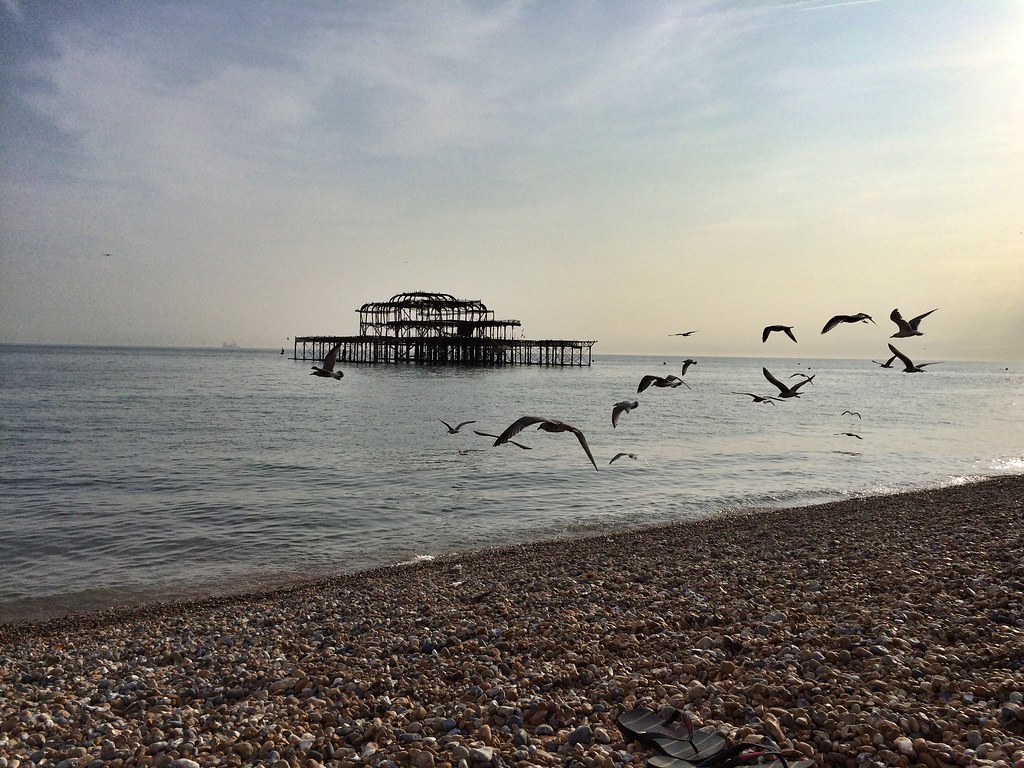 We haven’t had a car while working back home this time so we’ve been cycling to work and saving lots of money. It’s certainly limited our explorations on our days off, but it’s been nice to visit these few sights close to home. Plus we know the more we work now means the longer we can travel for. It might mean we’re not doing much on our days off so we can save money and catch up on sleep, but heck, think of the adventures we’ll be able to have around the world. Now it’s time for me to start planning our next trip! 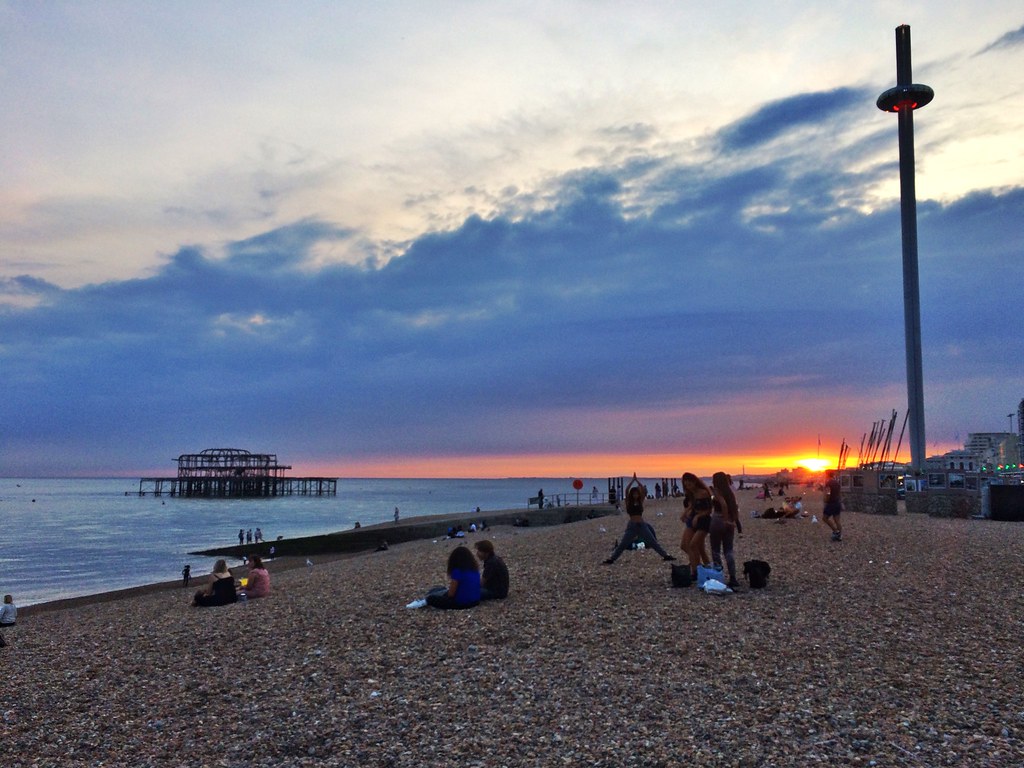