Volunteering has really helped us stretch our budget whilst travelling the world. We first tried it out in Australia when we lost our job at a sweet potato farm after only 6 days. We drove to the beach, covered in red soil, eating a pot-noodle whilst feeling very sorry for ourselves and our dwindling bank balance, when a chap pulled up besides us with a flyer. He asked us if we were looking for work and we asked him if he was a psychic. We ended up helping him and his family for a month at a beach resort. 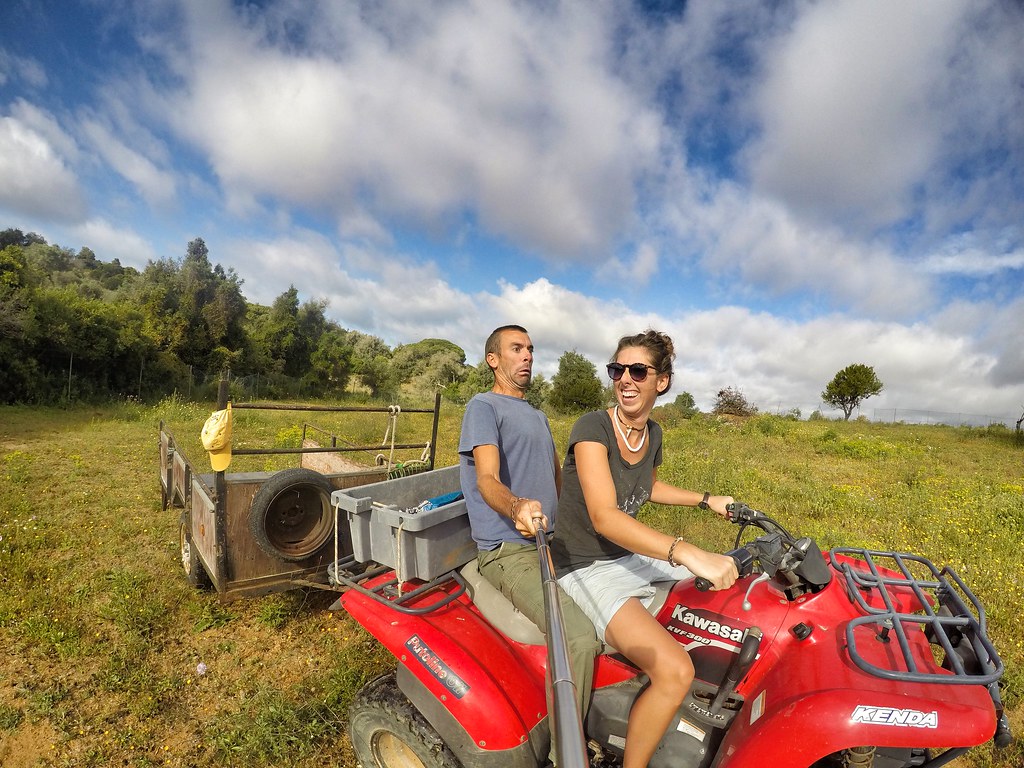 We weren’t paid but we were fed two meals a day and had our own villa (occasionally shared with other volunteers). We worked 4 hours a day, 7 days a week and in our spare time we could use the pool, sauna and tennis court or go snorkeling and body boarding at the beach. Five years later, in 2013, we resigned from a job we weren’t enjoying and had a bit of a panic about what to do next. A friend had recommended a website specifically for volunteering so we looked into that as we’d only been back home for 4 months after a long three and a half year stint of working and backpacking abroad. We weren’t ready to leave the UK quite yet, so we decided to sign up to Workaway where the rough rule of thumb is you work 25 hours a week and instead of getting paid you are given free accommodation and food. There’s all sorts of positions around the world and for about £30 sign up fee for a couple you can browse and contact the hosts. Most of our positions have involved gardening which we’ve found we actually really enjoy but our favourite is animal care. Also, being a couple can sometimes limit our options, as does Lauren being a vegetarian – there are a lot of eco projects where it’s no issue but at some point we want to volunteer in the arctic and it’s a very meat and fish based diet. We’ve also been very picky with where we volunteer, always making sure we had private accommodation (there are lots of dorms which we avoid) and looking for bonus perks like car use, food budget etc.

To give you a brief run down of the volunteering we’ve done: 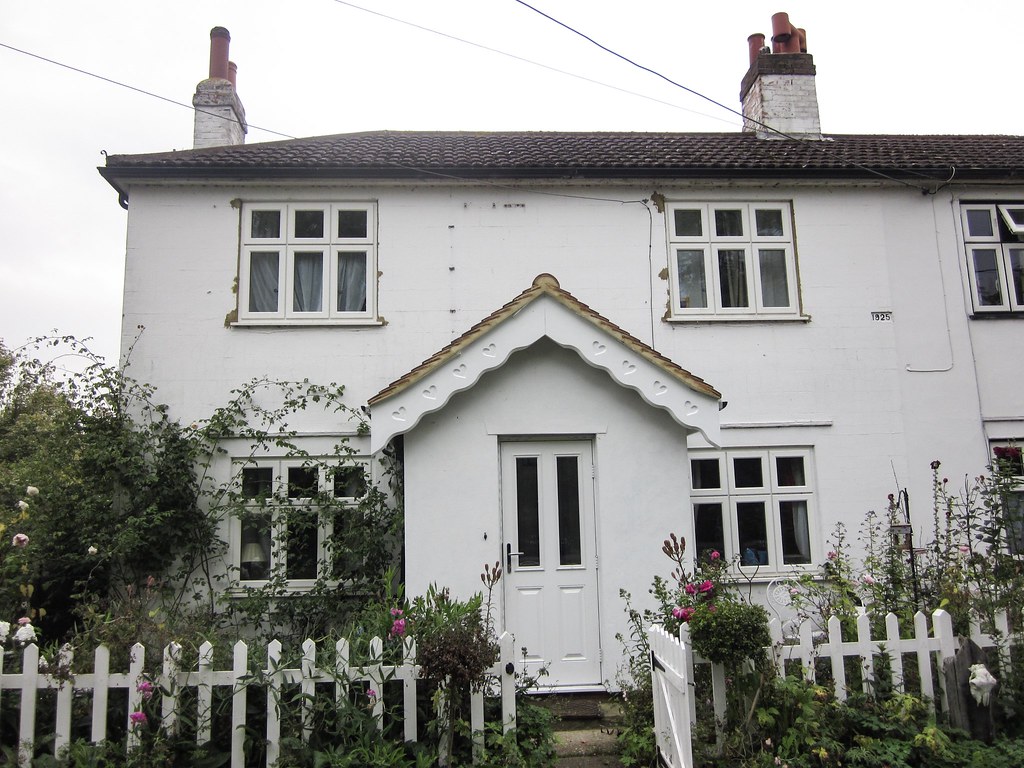 Accommodation was a self contained cottage. Food budget was provided to make our own meals. Work varied from pruning roses and chopping wood to cleaning the chicken coop, dog walking and helping with the b&b business. Four month stay. 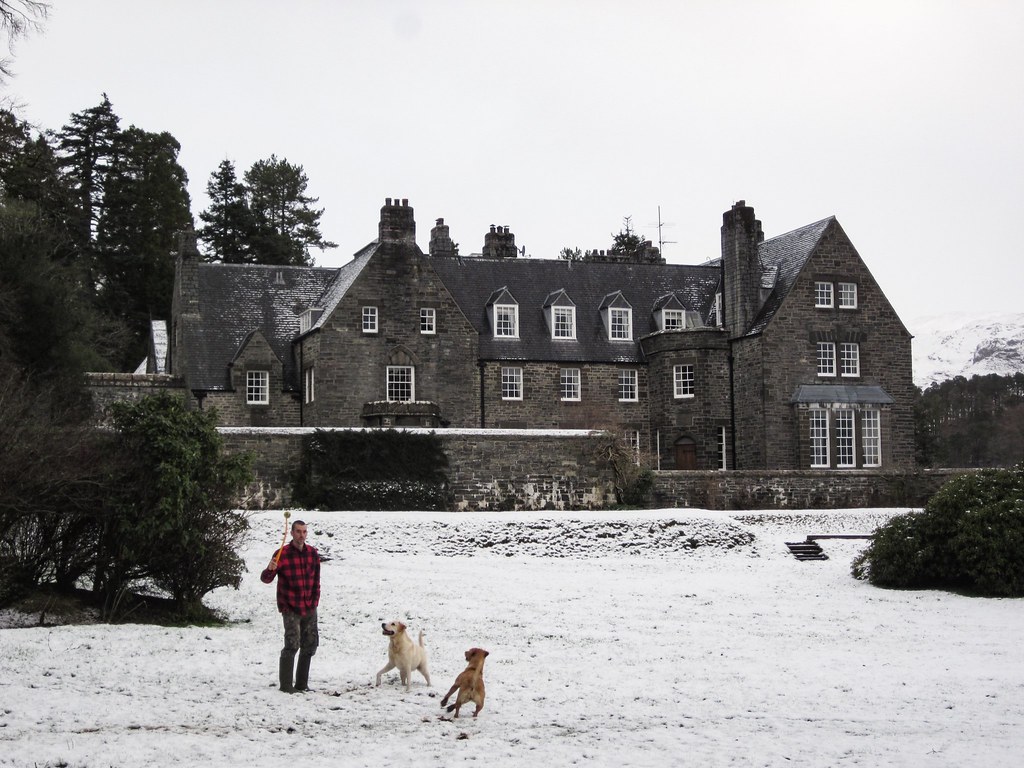 Accommodation was a small room and bathroom in the main house. Jobs were painting, helping build the new Bothy, childcare and upgrading the paths. One month stay. 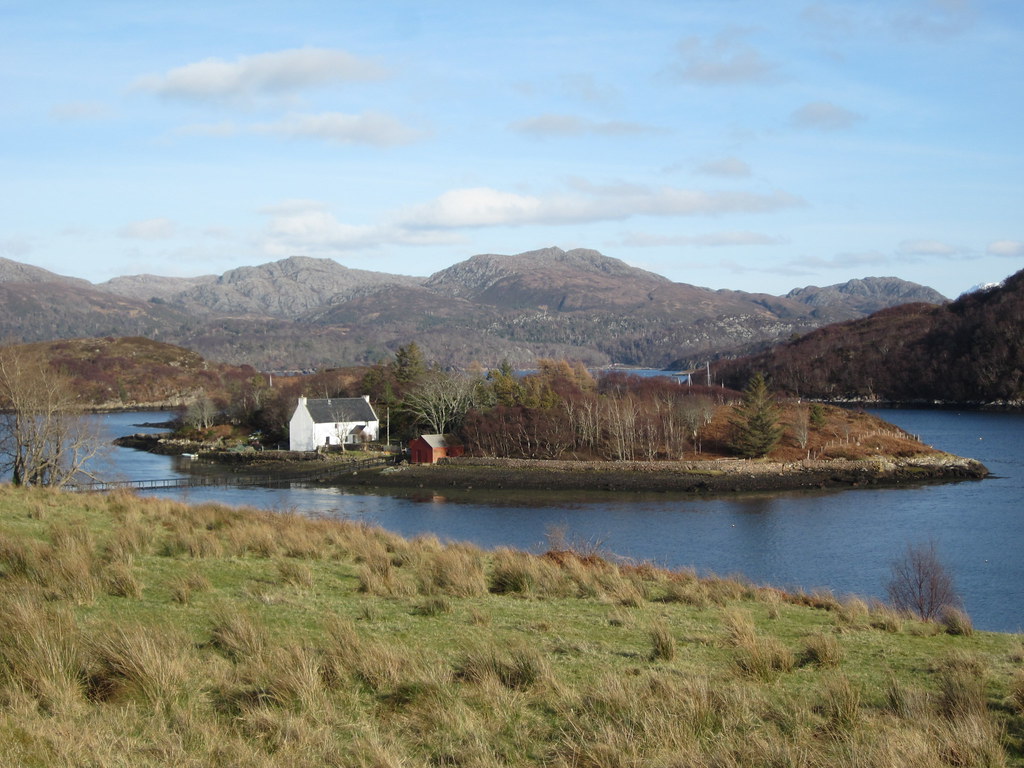 Accommodation was a self contained holiday cottage. A food budget was provided and we had use of the owners car. A great opportunity to house and cat sit while clearing the overgrown garden and dealing with a meter of snow in winter. Two months stay. 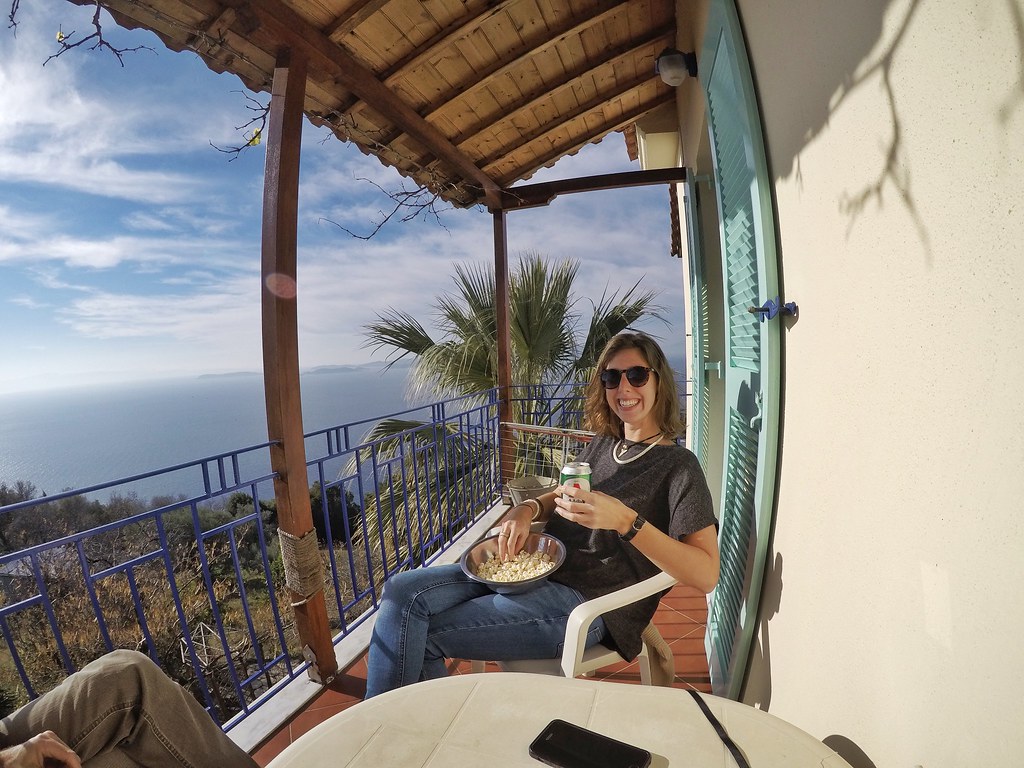 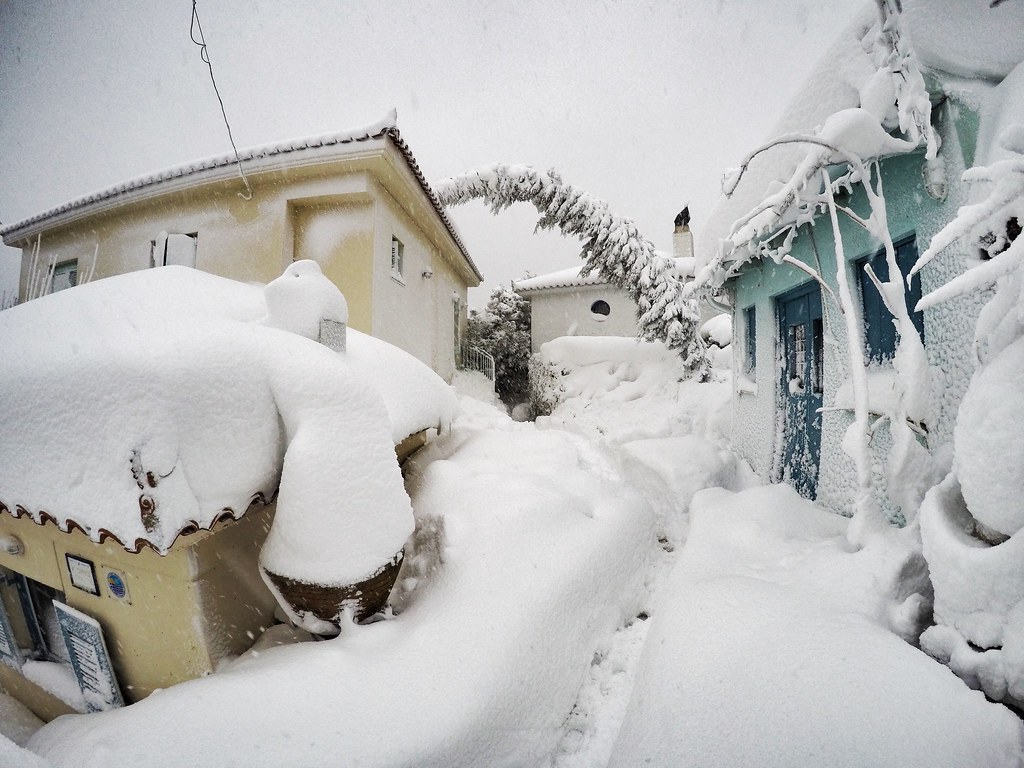 Accommodation was a handmade mud hut in the desert. We had to pay a €5 fee per day for our three meals. Work was only a couple hours a day, mainly making mud bricks for new huts and also making whicker roofs. We had lots of free time to socialise with the friendly group and play with the adorable puppies and dogs at the camp. Two weeks stay. 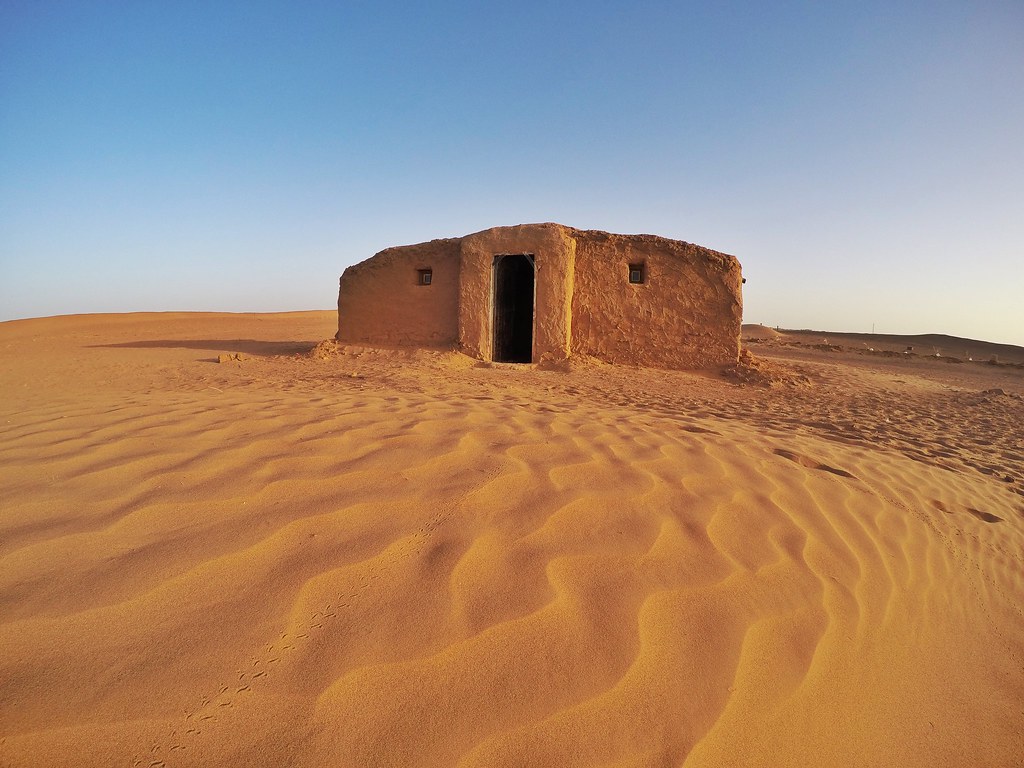 • Small farm 5km from the coast in the Algarve, Portugal.

Accommodation was a self contained annex including swimming pool. Lots of delicious food provided and use of a car. We mainly worked in the garden, de-weeding, pruning, landscaping and driving the quad. The property was also a free roaming dog hotel so we spent lots of time hanging out with the dogs. Two month stay. 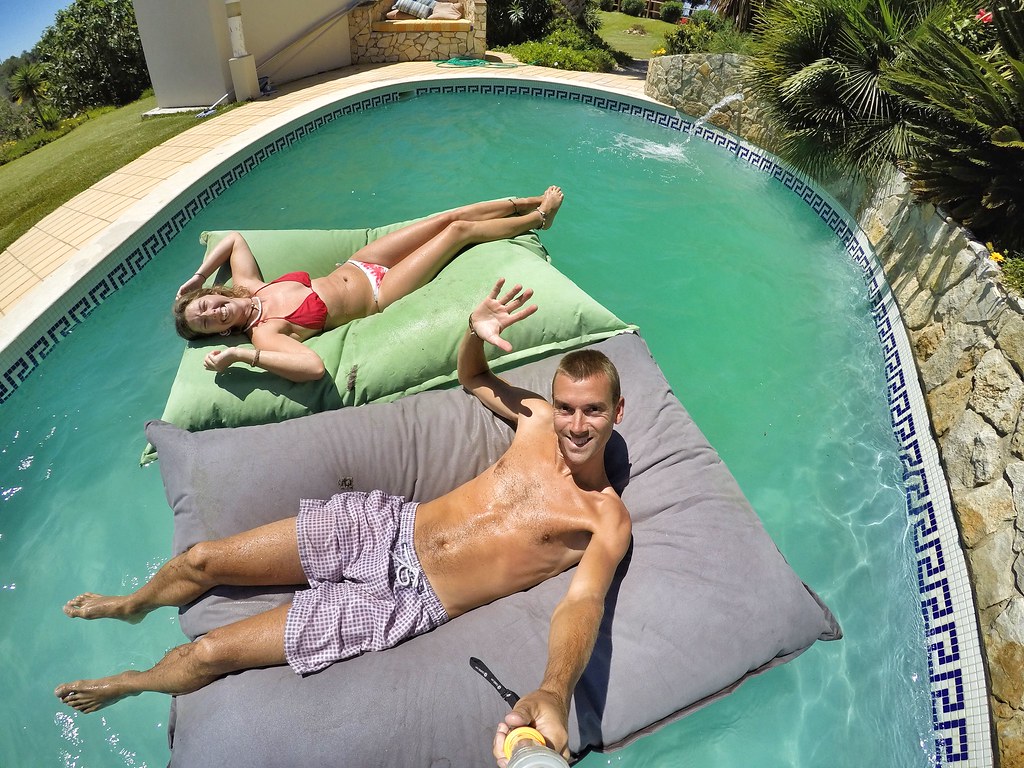 When we joined Workaway we took the first position we were offered which was the canal side cottage in Hertfordshire. To reach the quaint white cottage we had to basically drive along the footpath with the murky canal water to one side and overgrown bushes on the other. When we stepped into the house we questioned what the heck we’d got ourselves into. Craig and I are clean and tidy people and the house was a complete mess. The owner who was a bubbly and welcoming lady was in the lounge making onion chutney on the carpeted floor. There was chutney everywhere! Along with us there was another Workawayer who was a Native American guy who previously grew marijuana for medical reasons and made tea like it was going out of fashion…every 30 minutes he’d say “you wan tea sista?”. 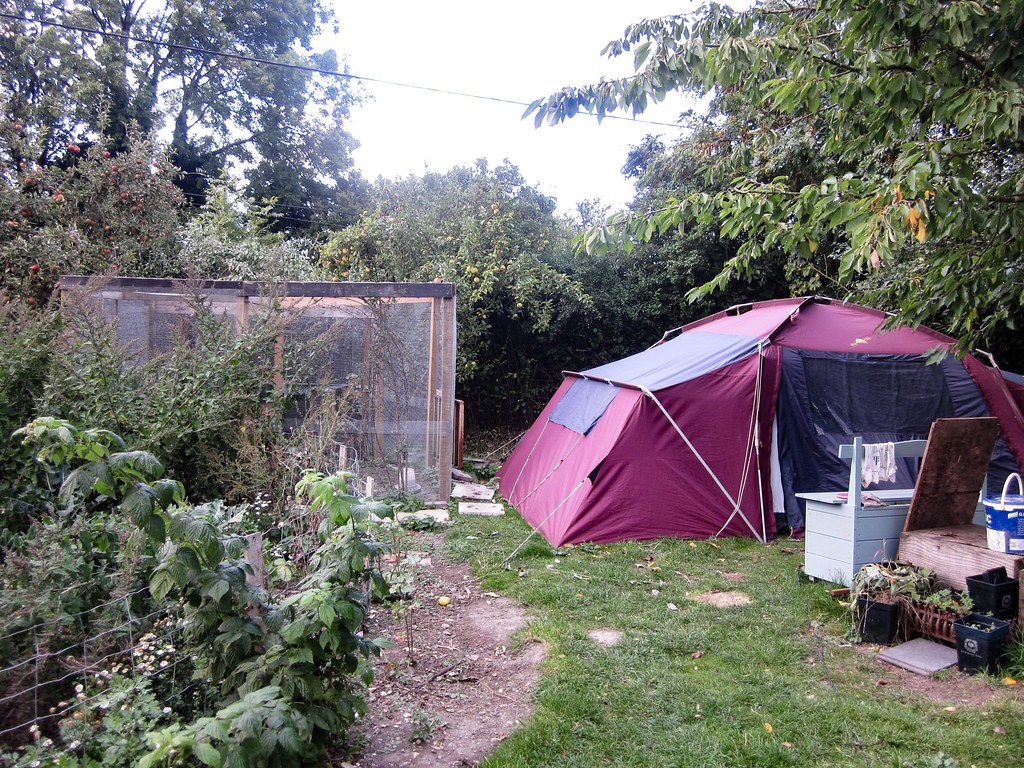 Our accommodation was a tent, advertised as a ‘Moroccan lounge tent’ on the website but in reality it was just a 8 man tent with a serious leak. A rug and a pouf on the floor were the only things that made it remotely Moroccan. An air mattress was squeezed into one compartment and a ginger cat missing half its fur would always creep in at night. To be fair it was pretty comfy for a tent, but this wasn’t for a quick festival, we actually slept in that tent for a month. We obviously cooked with the family in the house, the chutney covered mum had two boys and even though we said we didn’t want to do childcare she managed to rope us into homework and book reading on a few occasions. I hate kids. They just wind me up, and one of these little brats would actually shout “ouch” even though I hadn’t touched him, just to get me in trouble with his mum. Luckily our main jobs were actually very fun. We picked organic fruit and vegetables from the garden and made fresh jams, quince apple jelly, elderflower wine, dehydrated apple slices and of course chutney! We de-weeded and cleared huge areas of the garden and cleaned the chicken coop out. In fact our host told us her hens didn’t lay many eggs which surprised us – until one day we found a huge collection of eggs under a bush! We put them in a bucket of water to test if they’d float or sink, which would tell us if any were bad, according to google. That method didn’t work and every breakfast was like a game of egg-roulette as we all peeled our boiled eggs waiting to see if we were hit with the stench of rotten eggs. There was also a homemade hot tub in the garden made from a giant sort of chemical or water container. A metal barrel was filled with logs and set alight with a pipe leading into the tub to heat it up, it was incredibly effective. So we certainly enjoyed ourselves but we were definitely getting a bum deal with the tent accommodation, also the host didn’t cook so we’d have to cook everyday for up to 7 people. The host also picked up any roadkill she found and would literally just shove it in the freezer so I made sure I never used any frozen products as it just freaked me out seeing a squirrels face staring at me.

We decided to search for a new Workaway position and found a perfect one helping at a Manor House in the Scottish highlands for four months so we bought a pair of Wellington boots each and hit the road. It was our first time visiting this area of the UK and we were very impressed with the beautiful scenery on the drive. Black clouds and colourful rainbows loomed over the mountains and glistening lakes. A long driveway through the woods led us to the large stone building which we’d be calling home and it was quite the contrast to our previous position; we had a beautiful private cottage all to ourselves and a food budget so we could cook our own meals. It was a great time to be in Scotland as we got to experience Cèilidh’s and lots of Scottish culture over Christmas with the local men in kilts and the squeaky but heartwarming sound of bagpipes. Freshly shot pheasants hanging on the coat racks were a regular sight, as were deer roaming in the fields surrounding us. We joined in on a New Years tradition where you swim in a nearby lake. The distance to swim was small but I barely made it a few meters before my legs felt like they were seizing up. A local lady swam with a thermometer and it read 0 degrees. 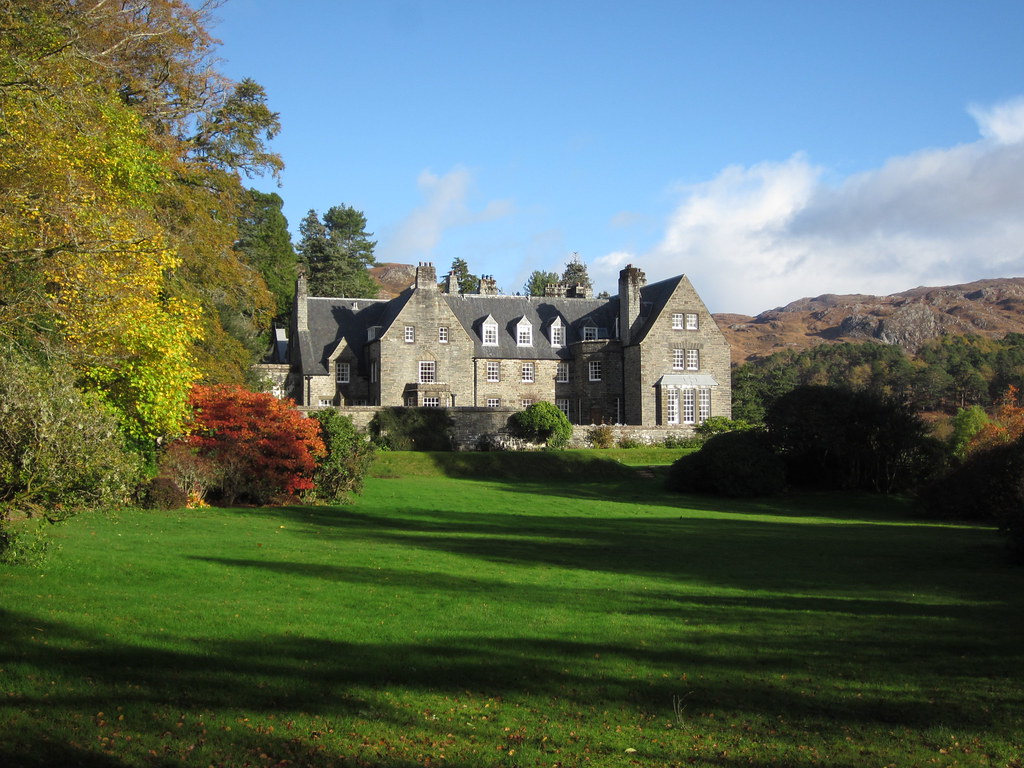 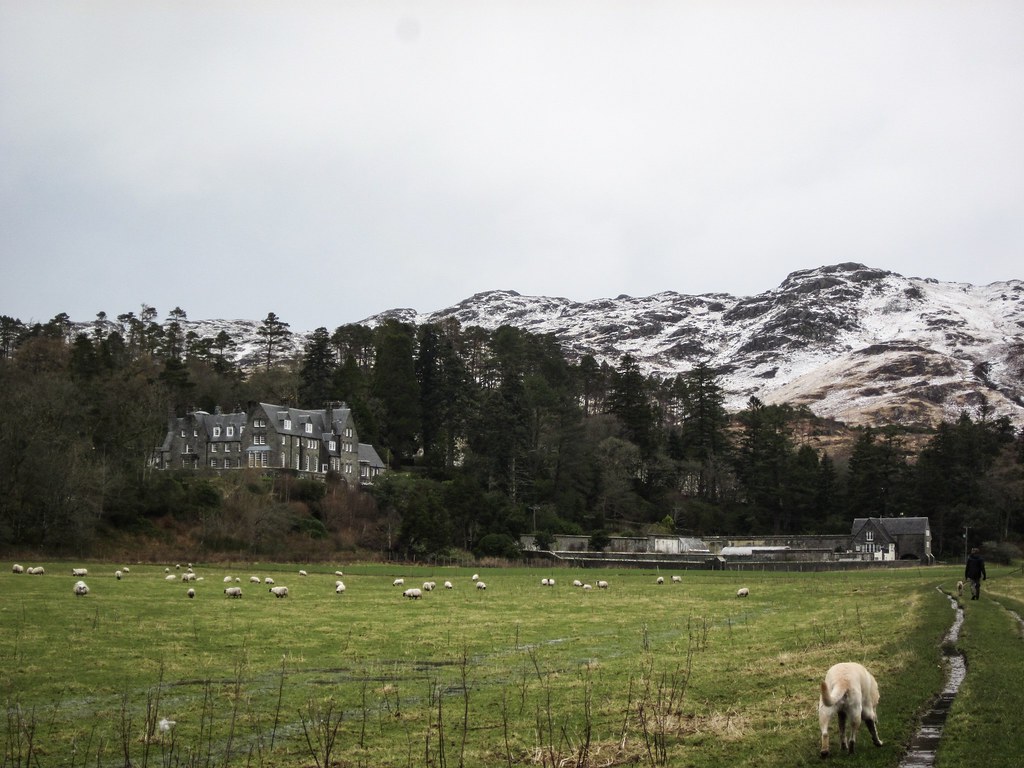 There were chickens, ducks and pigs on the property, the latter often escaped and it was always funny stepping out and seeing two giant pigs sniffing around our car and having to encourage them back into their pen with a bucket of food. We also lived with three amazing labradors who we adored and took on walks to the coast. One of those dog walks ended with Midge, the oldest girl, finding a decomposing whale washed up on the beach which she was determined to eat. The next day Craig was sent back to the beach with the head gardener to chainsaw part or the vertebrae off the whale to make unique stools. I can’t even begin to explain to you how bad it smelt. The vertebrae was buried on the grounds until they were flesh-free. The area was beautiful but there was so much bog that hiking began to piss us off. I sunk to bellow my knees on one walk into some foul peat-bog which smelt like sewage, and sometimes the wind was so strong that it was difficult to just put one foot in front of the other. We managed to see the local area on our days off which included walks along white sand beaches, snowboarding, climbing 2/3 up Ben Nevis and visiting the viaduct featured in Harry Potter movies. 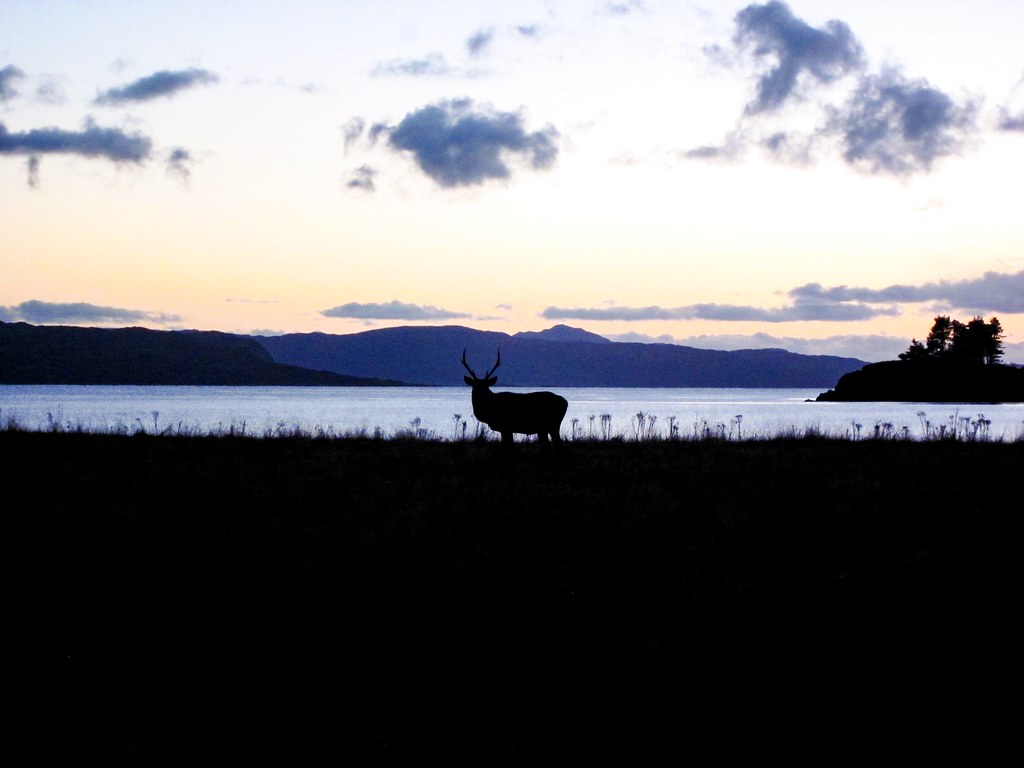 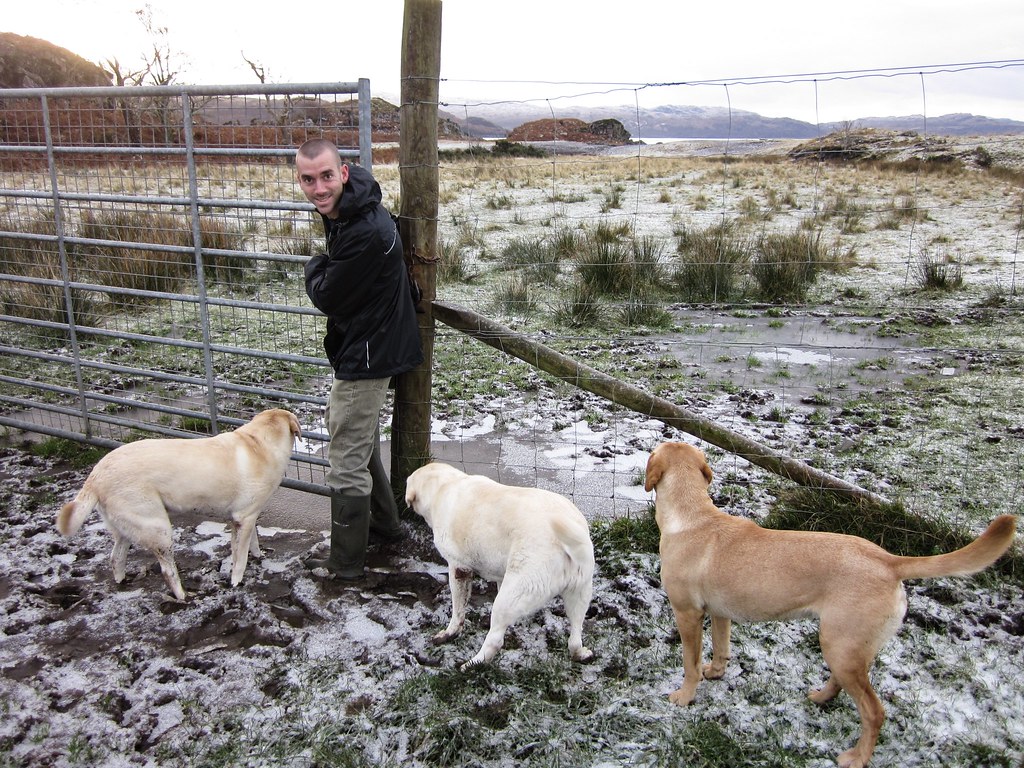 After four months in Arisaig it was time to move on, the heating and hot water in our cottage were as sporadic as the sunshine and it was a pretty cold place to be over winter. So we moved on to a place further north, to Dry Island. It was a privately owned island with a very old white house and two little bothys which the family used as holiday homes. There was a floating footbridge to get to the island which was great fun unless the sea was rough in which case the water would spill over the bridge and the whole thing moved with the waves, it was sort of like running along the back of the Loch Ness Monster. Our accommodation was a little basic compared to the last but the owners were lovely and let us spend a week in a rental property on the other side of the island so we could escape the kids and watch otters and seals playing in the water right outside our window. Our jobs were varied and the hosts were happy for us to work longer days so we could have three days off a week. On a couple of occasions we were taken to the local pub, on a boat! It was quite a unique experience being on a little outboard under a sky filled with stars. 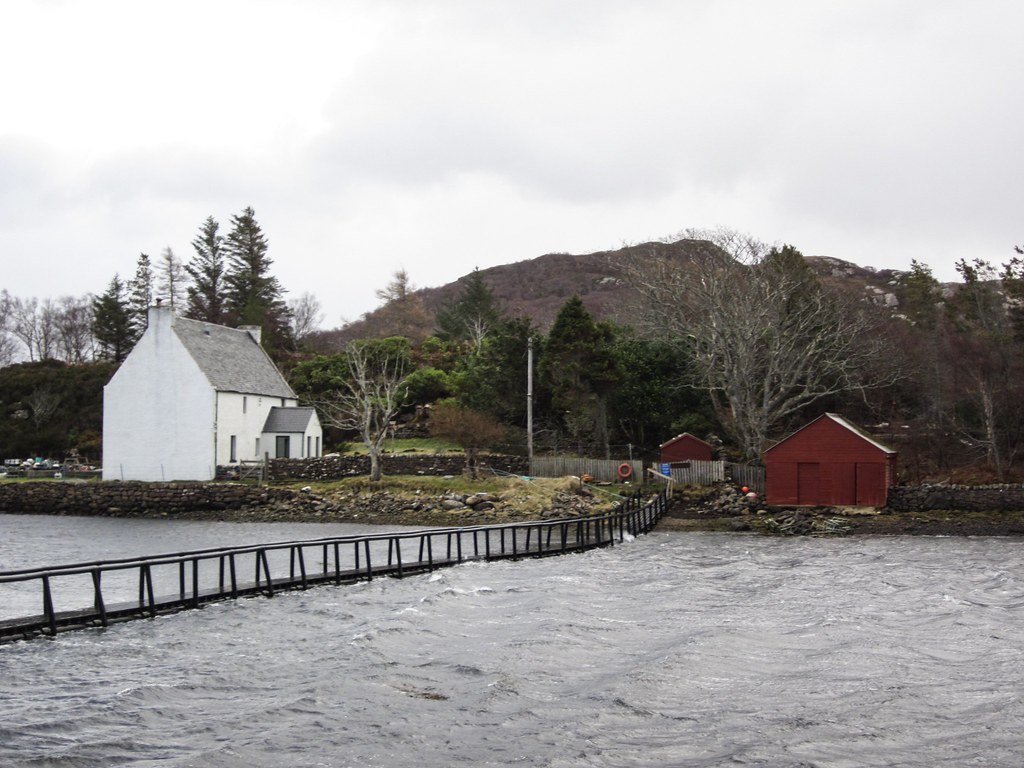 The only money we spent while volunteering was a little on petrol for day trips and some snacks so it’s a really cheap way to live. Obviously your not earning any money but sometimes it’s nice to settle down in a scenic location, live the simple life and learn new skills. Along with Workaway, there is also HelpX and Woofing for volunteering opportunities abroad. Enjoy! 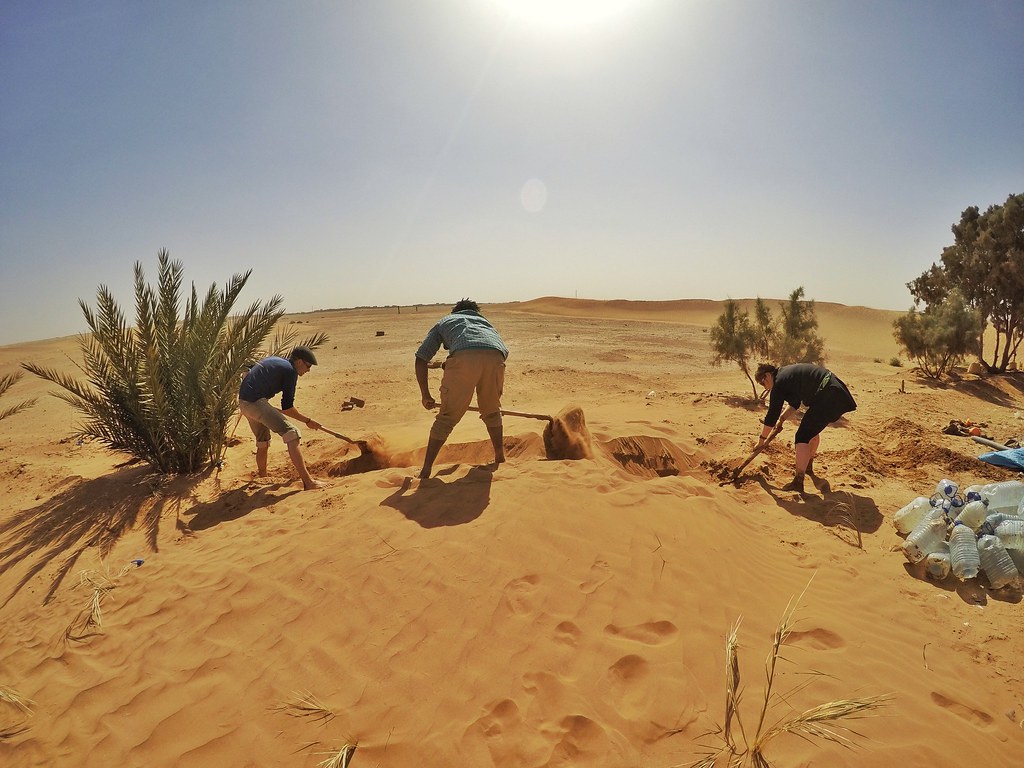 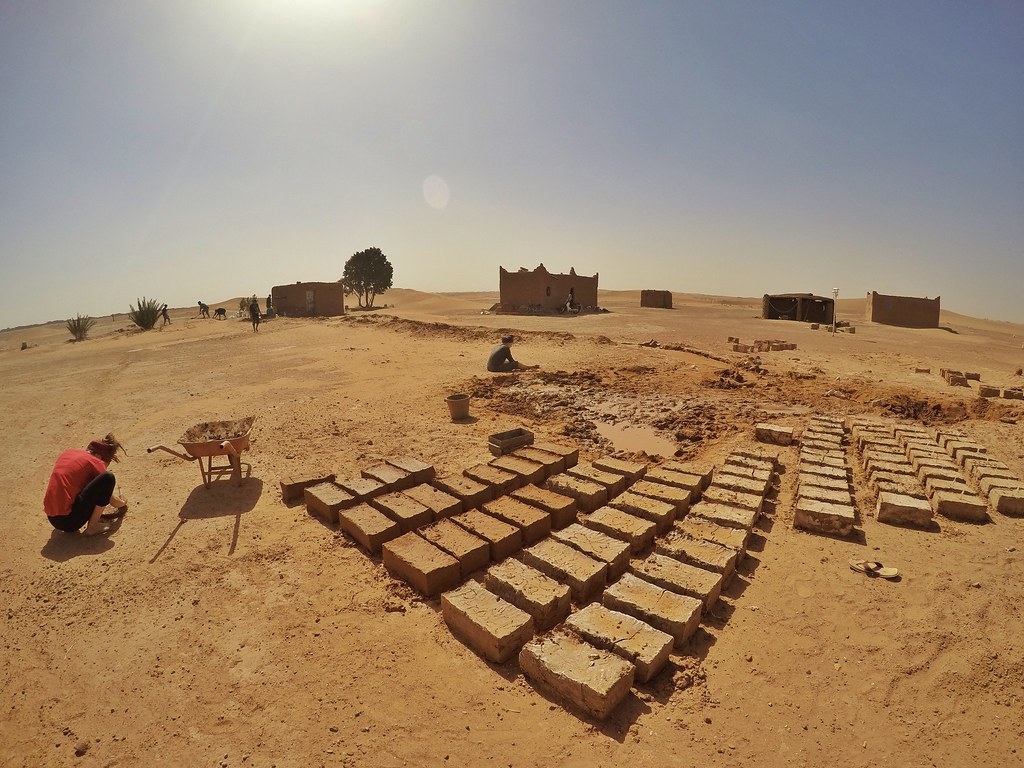 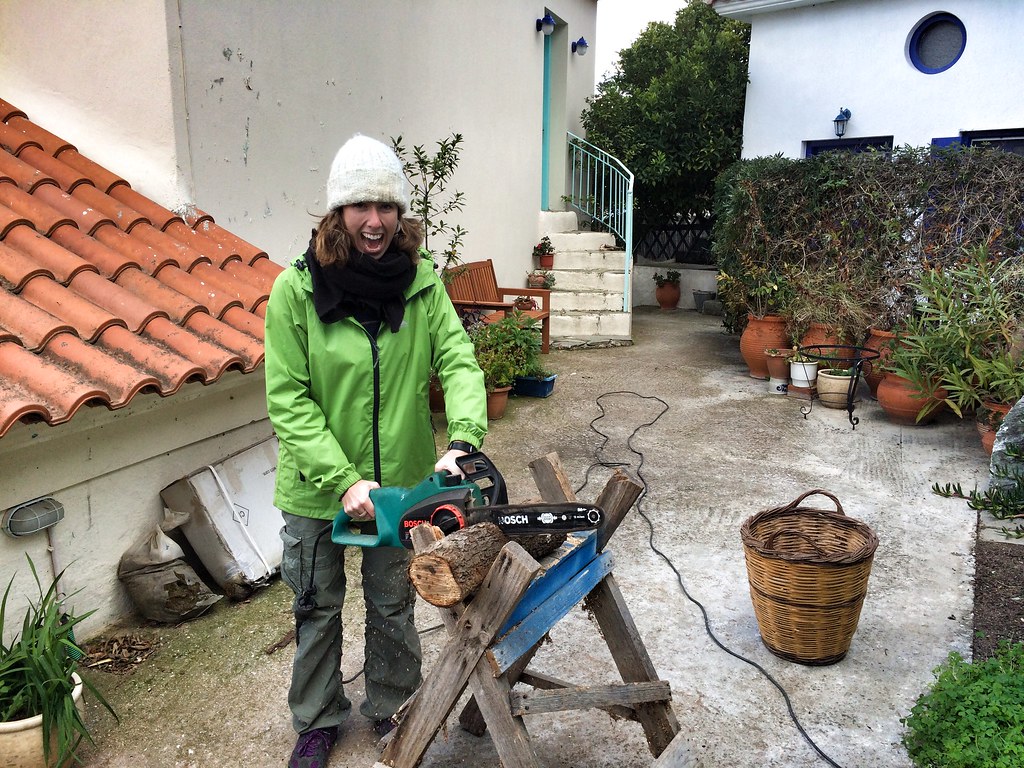