Mirleft was never a place we planned to visit in Morocco but a last minute decision took us to the small-town beach. The route there involved one of the small grand taxis which are basically a car with 6 passengers crammed in. It’s usually quite squished but on this particular day we had a rather large and stubborn Moroccan couple taking up all the space, spreading their legs and puffing their chests out like mating birds. To make matters worse I was sat on the sunny side and the 80 year old passenger in the front was having a coughing fit which ended up with him getting the window closed due to some sort of air allergy and me whimpering in the back like a dog. We got a great deal on an Airbnb apartment for €17 a night and it included two salons (Moroccan lounges) just for us! Plus the building next door seemed to be home to a herd of sheep so that was always entertaining and slightly smelly at times. We could finally stock the fridge with fresh groceries from the local market and have a break from tagine. The town was sleepy in the afternoon and the main road featured pink and blue arches lining the shops. It was basically all hairdressers and mini supermarkets with the odd souvenir shop. The locals were really friendly and we got honest prices from every single shop or market stall we visited which was such a nice feeling. 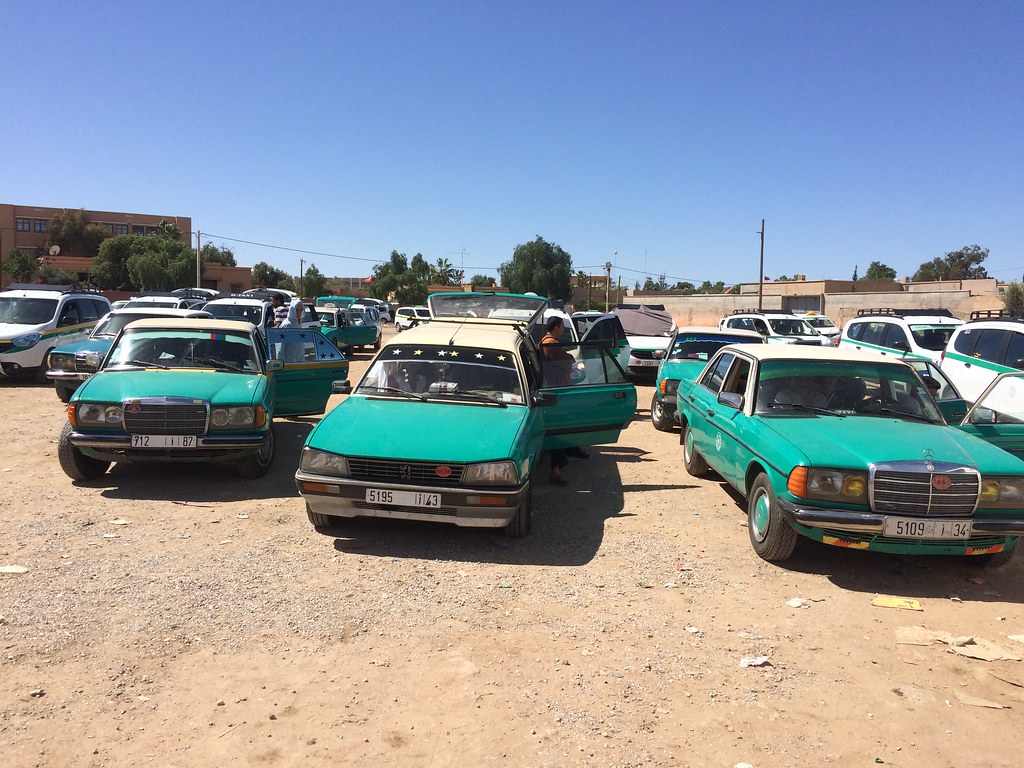 Once we were settled in we walked to La Grand Plage (the main town beach) for sunset. It was a 10 minute stroll and a climb down a big set of steps. The beach was a nice size with waves rolling wildly and a few dozen people scattered across the mass of sand, playing football or going for sunset strolls. 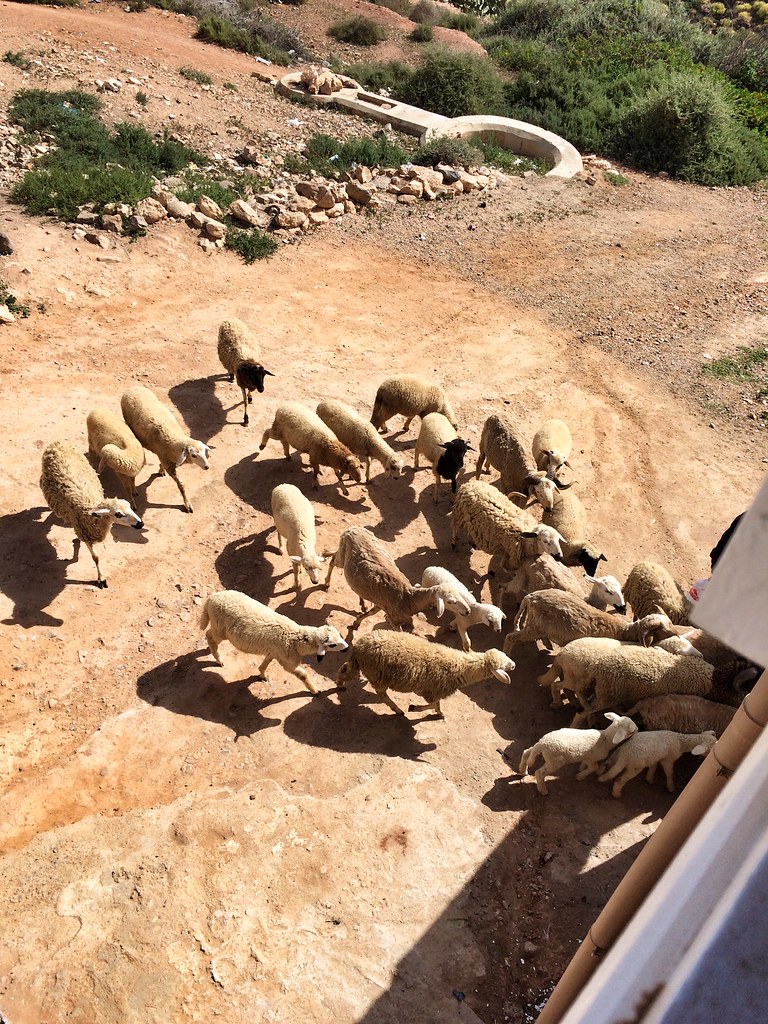 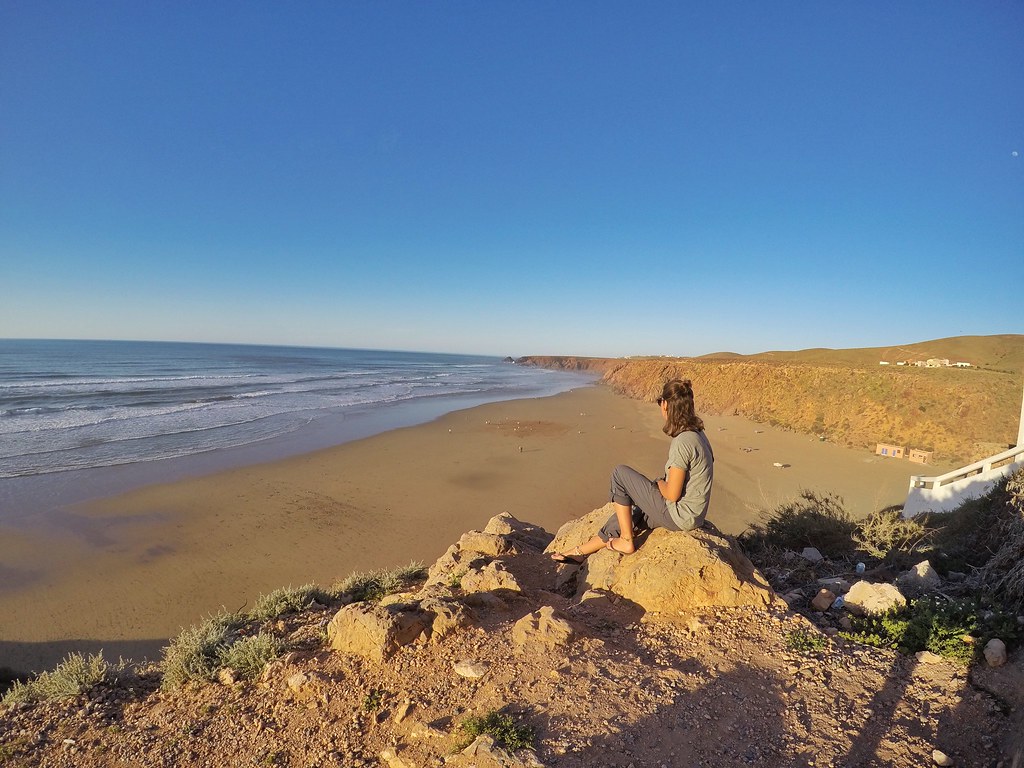 We headed around a rock on the left and found a sandy area to ourselves. The beach was really beautiful thanks to red rocky cliffs that surrounded it. As the sun lowered the rocks turned a fabulous shade of burnt orange and it was reflected perfectly in the wet sand. 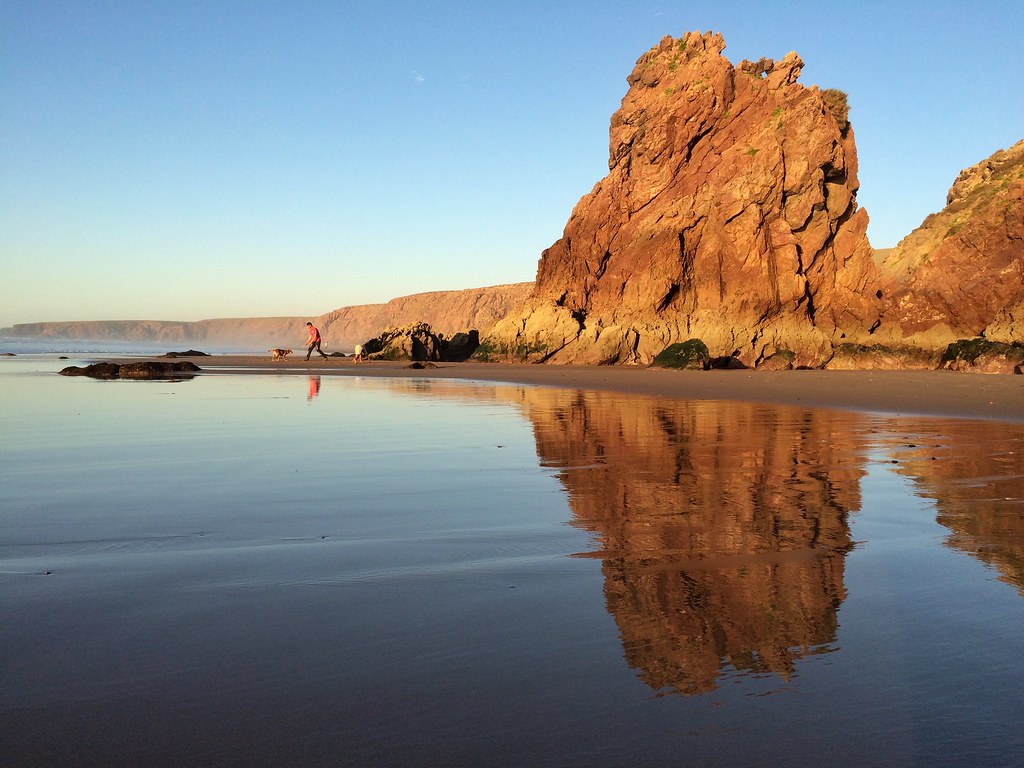 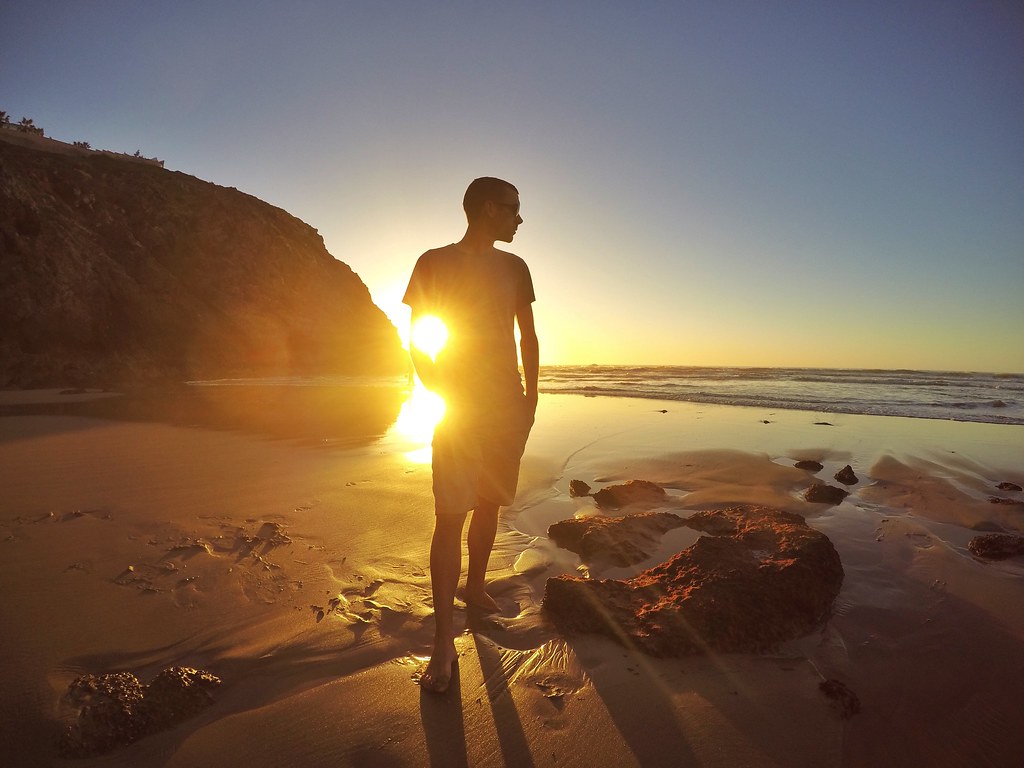 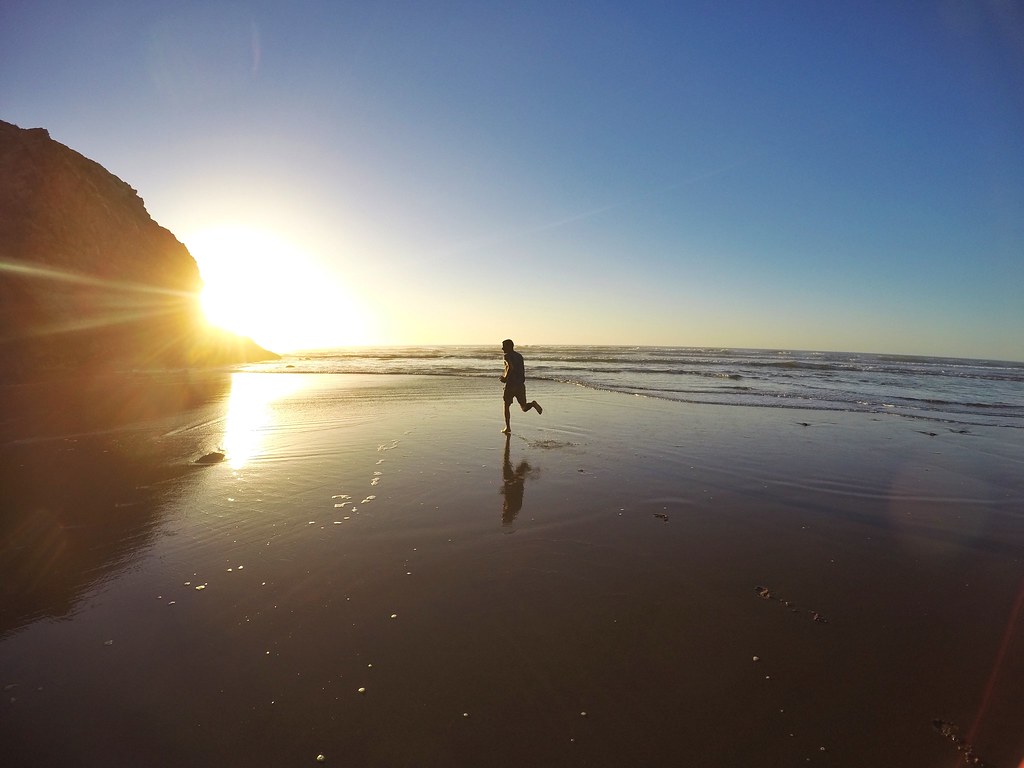 We had hoped to go surfing in the area but the waves seemed far too crazy for us. So instead we caught a bus to Maraboul beach where some experienced body boarders were playing in the curving barrels. It was a really windy day but the heat was intense, like a hairdryer was constantly blowing on us. Crazy to think that it was early March and a whopping 34 degrees!! 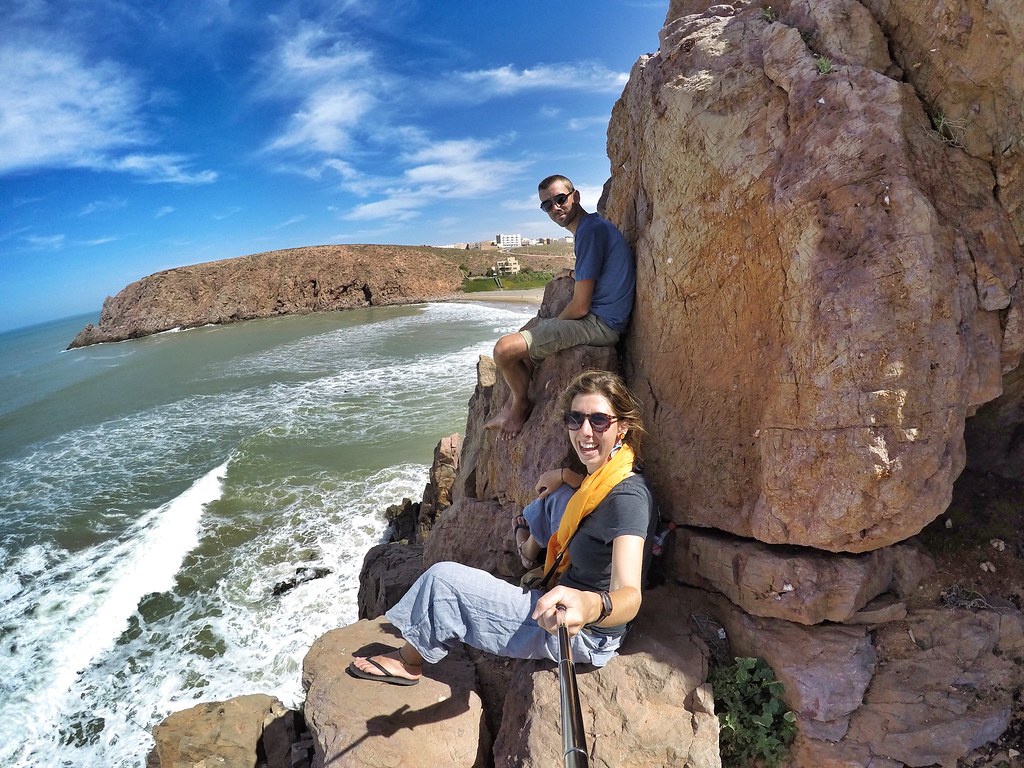 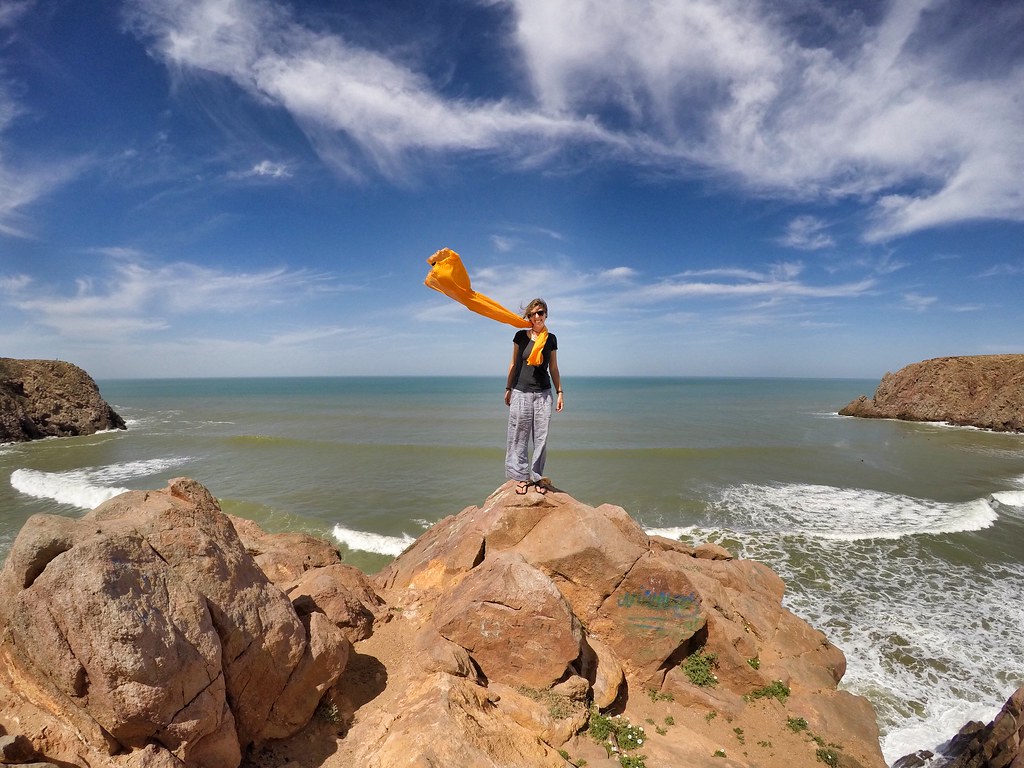 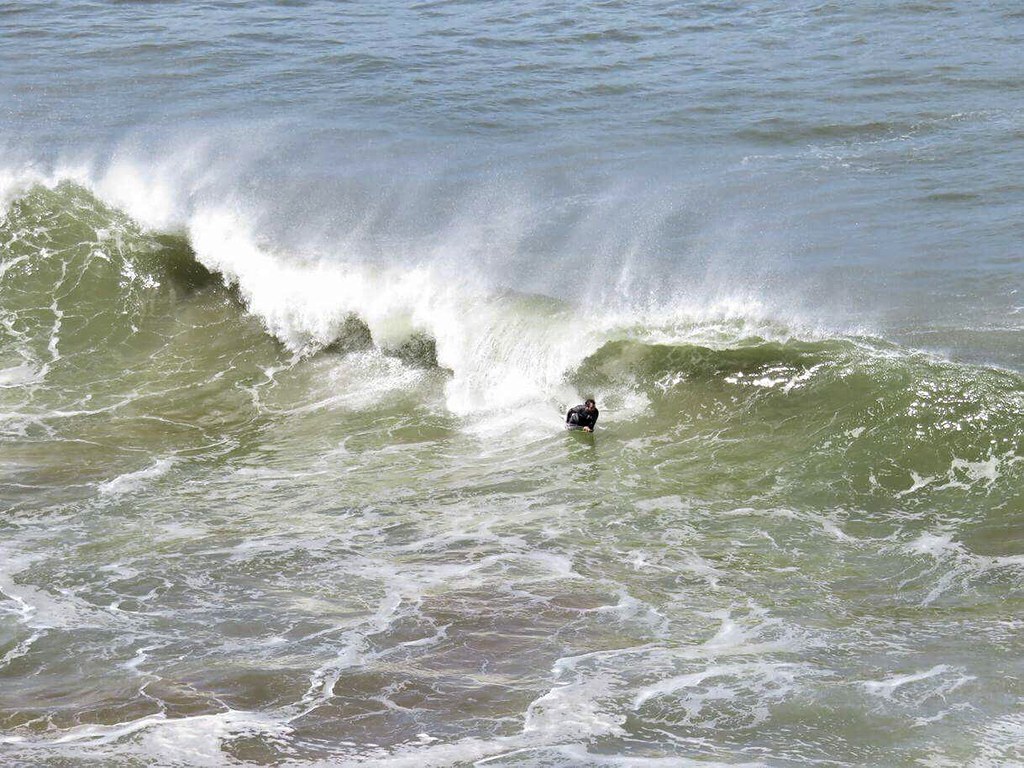 Another day we took a day trip south, catching a public bus and getting off at Sidi Ifni which is an old Spanish town where the locals still speak Spanish. The town was quite old fashioned with blue and white art-deco buildings and palm trees lining the streets. A huge beach was set below the town, and a large, ugly campsite had prime position where the sand stopped and changed to concrete. Surfers carved along the waves while westerners were showing off a bit of leg in the hot weather. We didn’t have much to see in the town, the main reason we came south was to visit Legzira Beach which is famous for its impressive red rock arches. 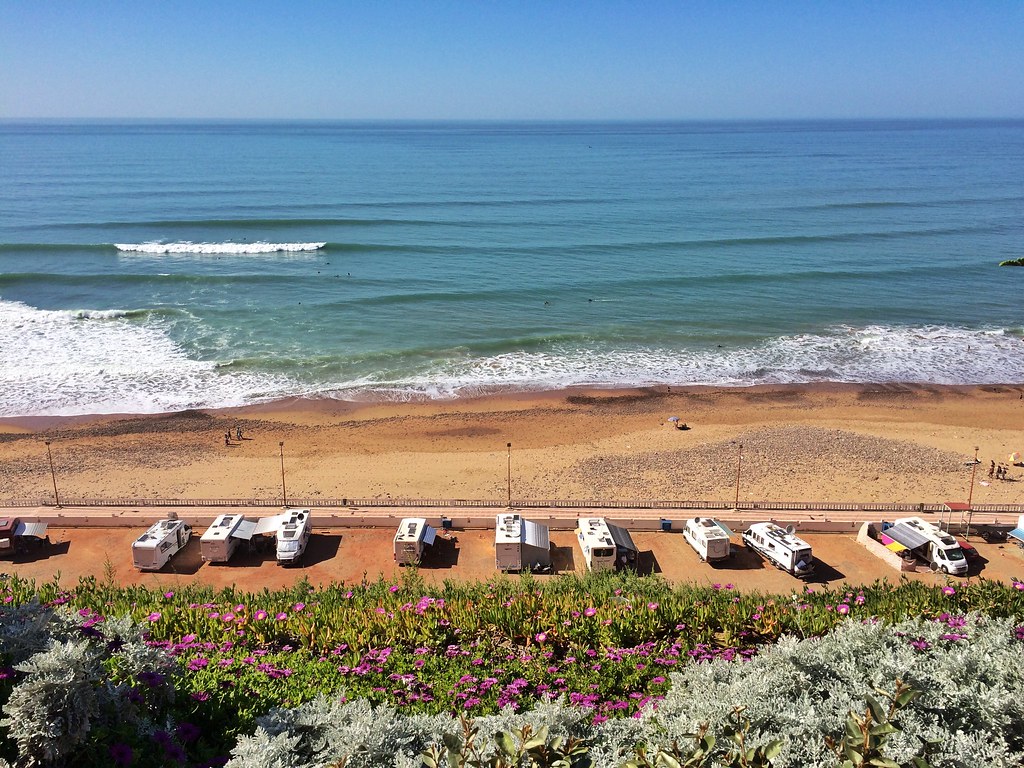 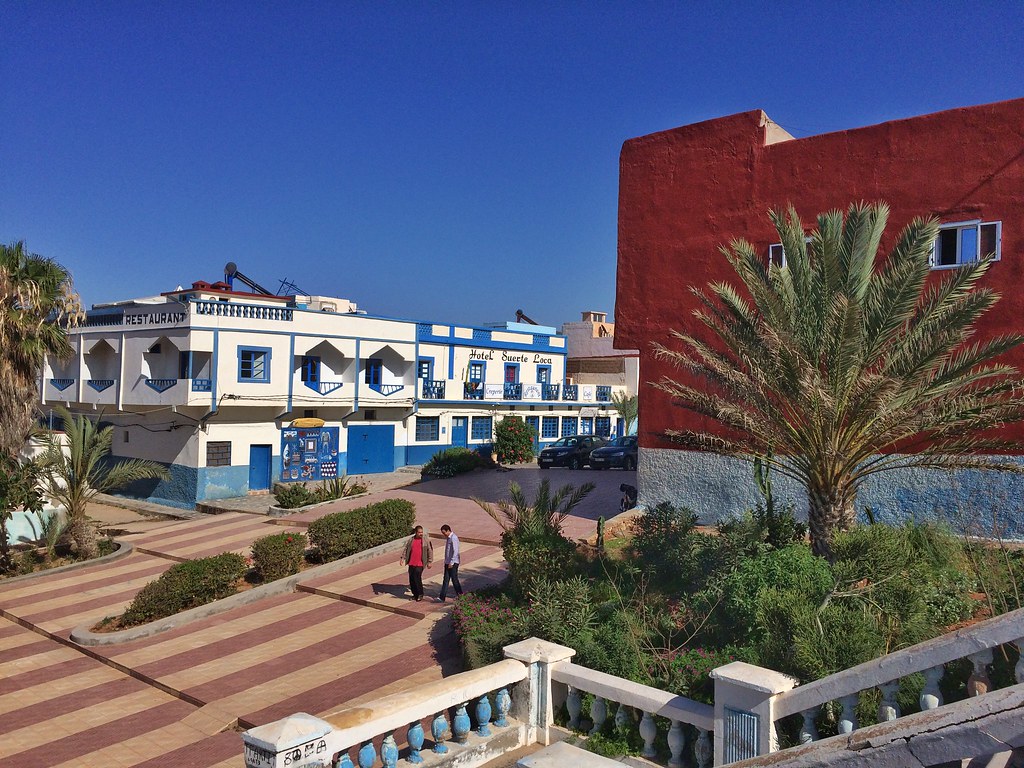 It was quite late in the afternoon and we didn’t want to waste time waiting for a bus so we stuck our thumbs out and after about 10 cars a German couple stopped and took us there. From the carpark it was just a short walk down some steps where a bunch of restaurants were based and then we had a lovely stroll along the beach. We approached the large arch which was more of a silhouette with the sun piercing through the hole of the arch. As we stepped through the arch and looked up we could really appreciate the size of it, but the true beauty came when we stepped right through and looked back at the sun shining onto the arch and the rock was a vibrant terracotta colour. We had a very late picnic on a rock surrounded by water and then we took a stroll along a sort of rock peninsula rising out the sloshy sea and covered in tiny muscles. We had planned on staying until sunset but a weird sea-mist began to obscure the view of the arch and we decided it was probably best to head back as I didn’t want to hitchhike back to Mirleft at dark. We had a quick look at the other side of the beach where the second arch used to be. It collapsed last year and all that remained were giant boulders and probably a dent in the tourism industry round here. The sun was setting as we reached the road and took a seat on the curb while we waited. So many people had full cars or would just raise their hand in an apology for not stopping to pick us up. A family of four in a tiny car went by and we didn’t even stick our arms out as there was clearly no space, but amazingly they actually pulled over!! They got their two adorable little girls to budge up so we could squeeze into the back with them. It just goes to show how lovely the Moroccan’s are – I can’t imagine a family in England picking up two random hitch hikers. 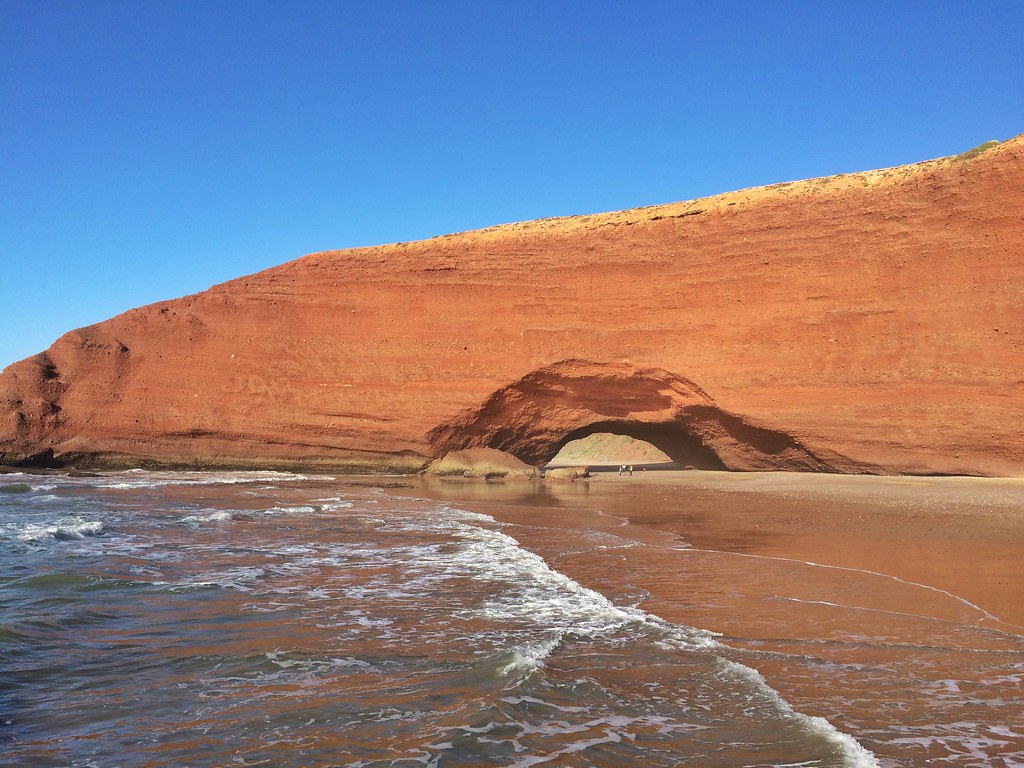 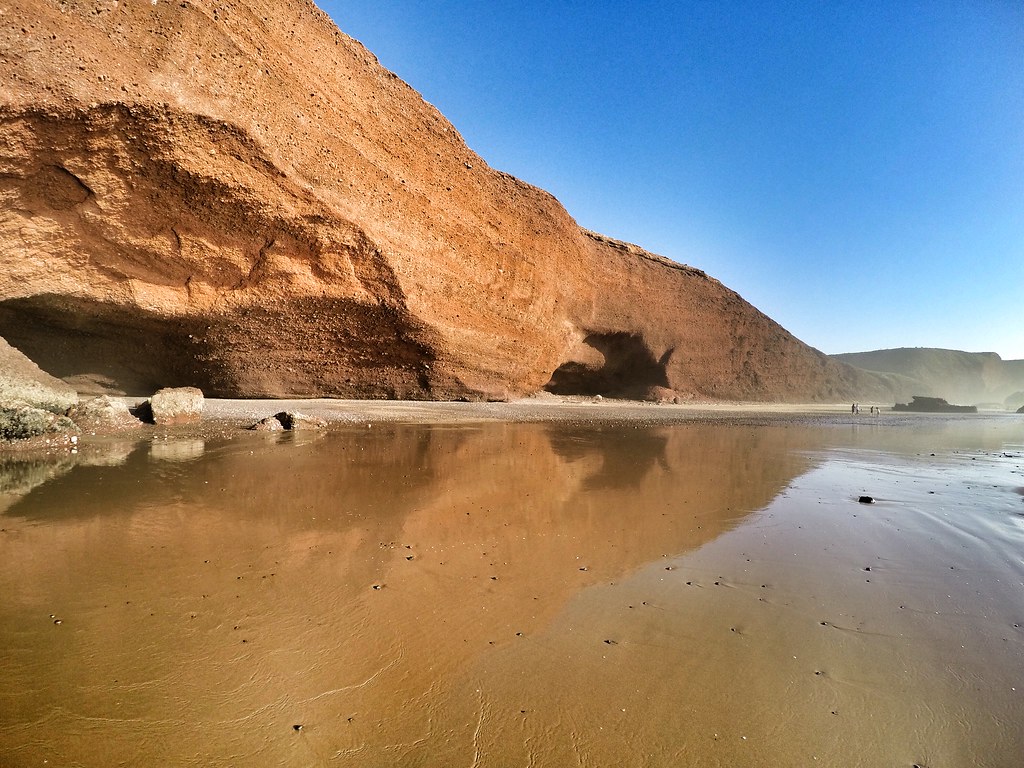 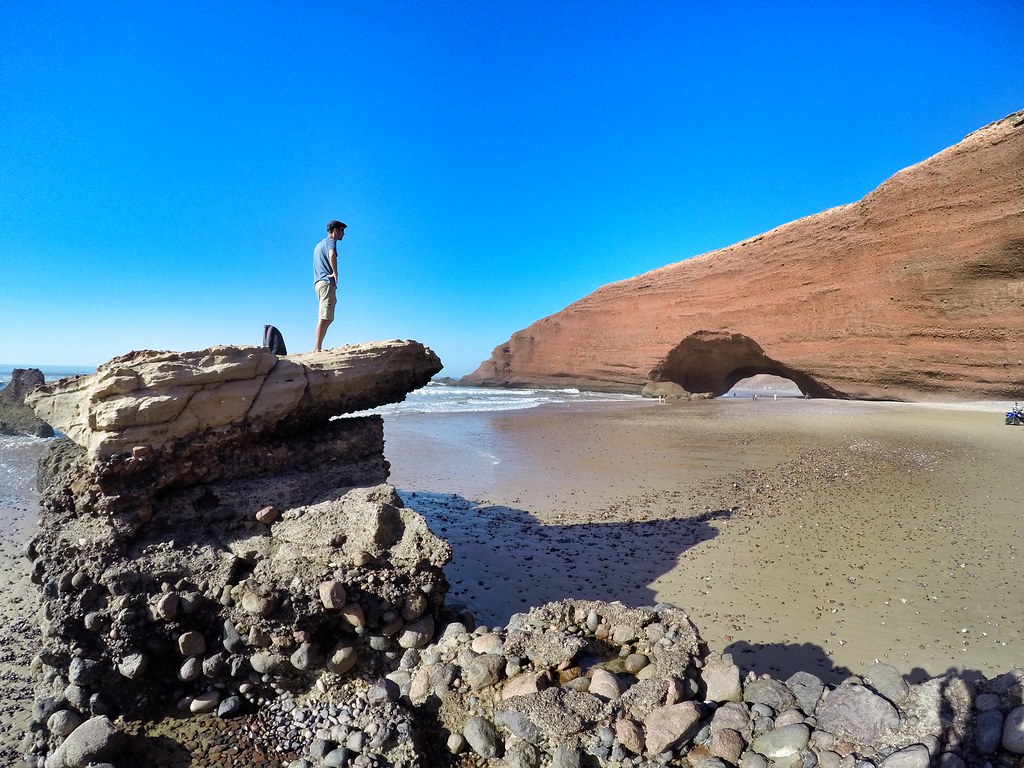 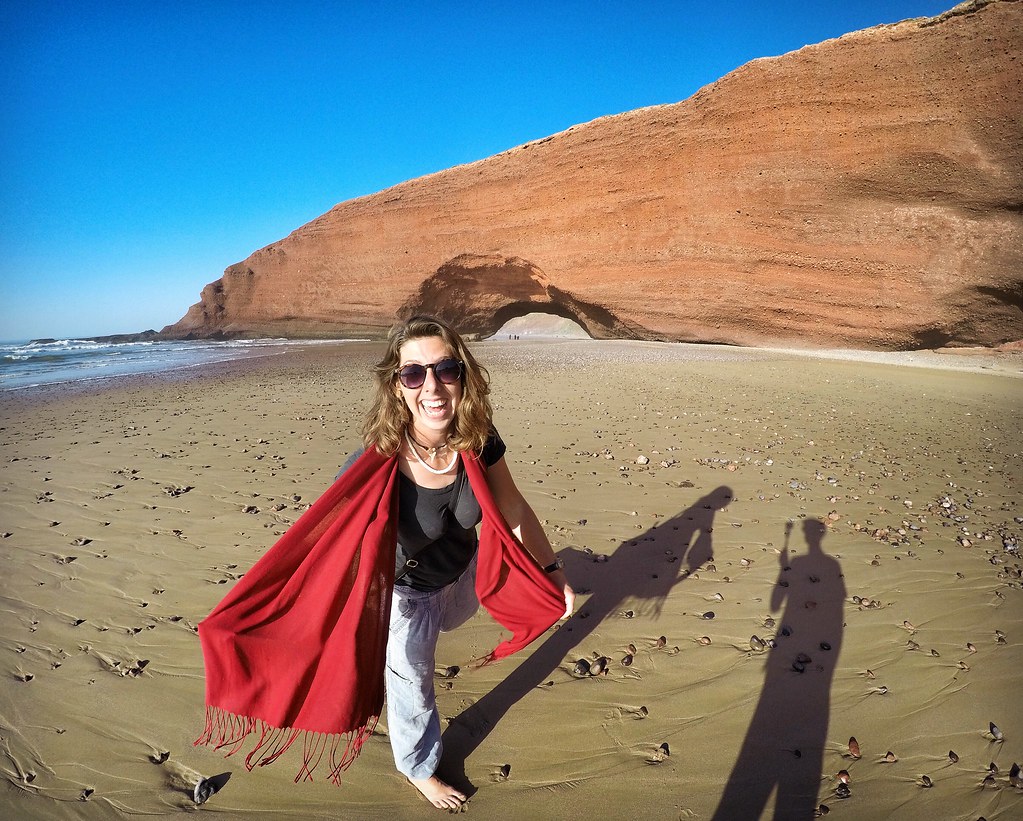 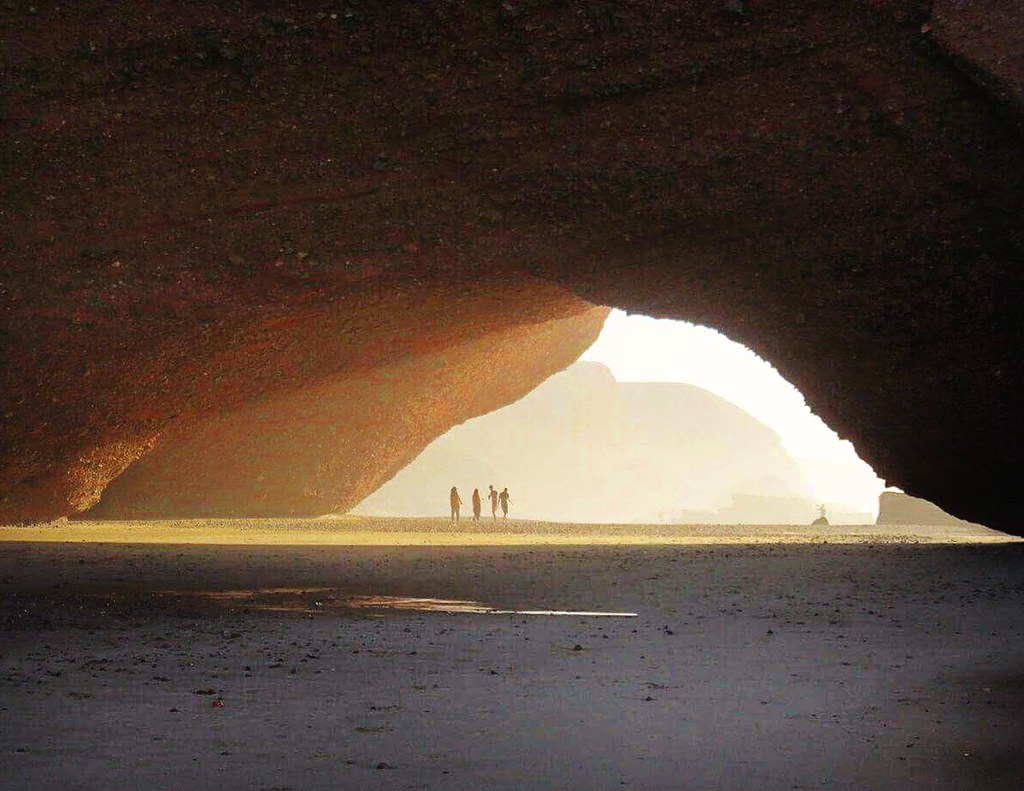 We enjoyed a few days relaxing at Mirleft and on our final one we stumbled across the weekly Souq. We weren’t anticipating buying anything but a Berber man from the Sahara was selling some beautiful jewellery, placed on a sheet of fabric on the floor like a budget car-boot sale. I couldn’t resist a browse and he was the perfect salesman; smiley, calm and non-pushy and his tactics worked as I left with a handmade bracelet, Fatima hand charm and a free photo of the jolly man. Our last evening was spent at a nearby beach with the cutest puppy. She just loved us and was so adorable lying on my lap for ages until Craig got her overly excited. He ran along the beach with her and she came back an absolute lunatic jumping all over me and trying to eat my scarf. Then she decided to dig a hole to lay down in so she could cool off, but of course she wanted to do it right next to us and for 10 minutes we had sand flying towards our faces as she dug frantically. 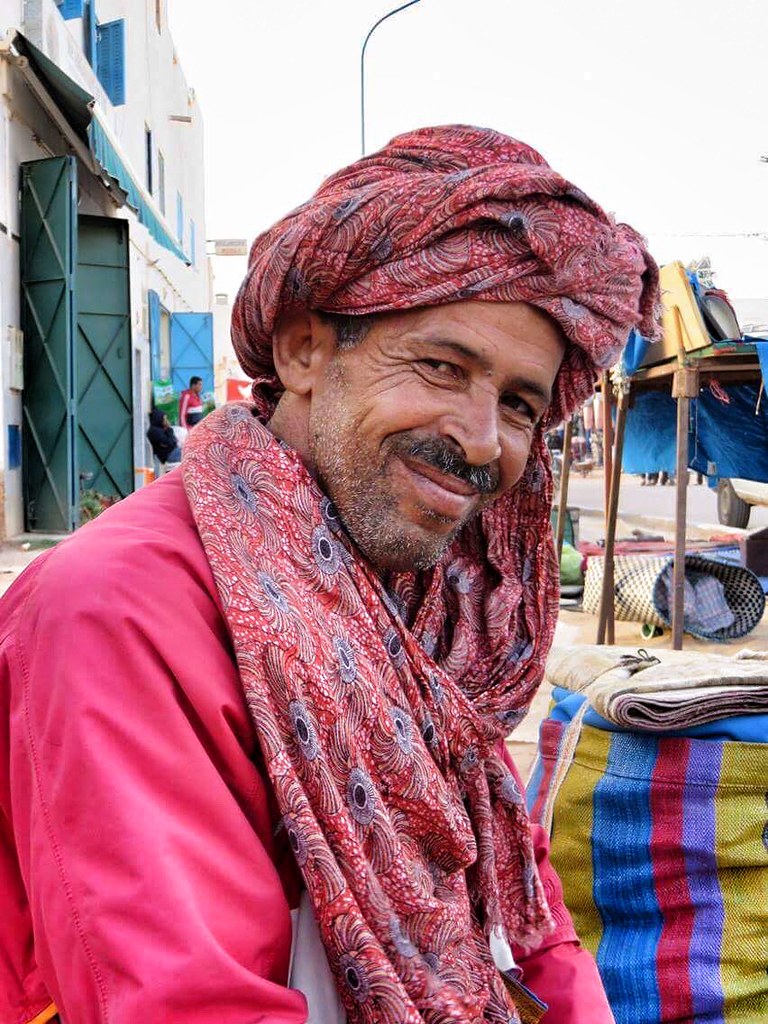 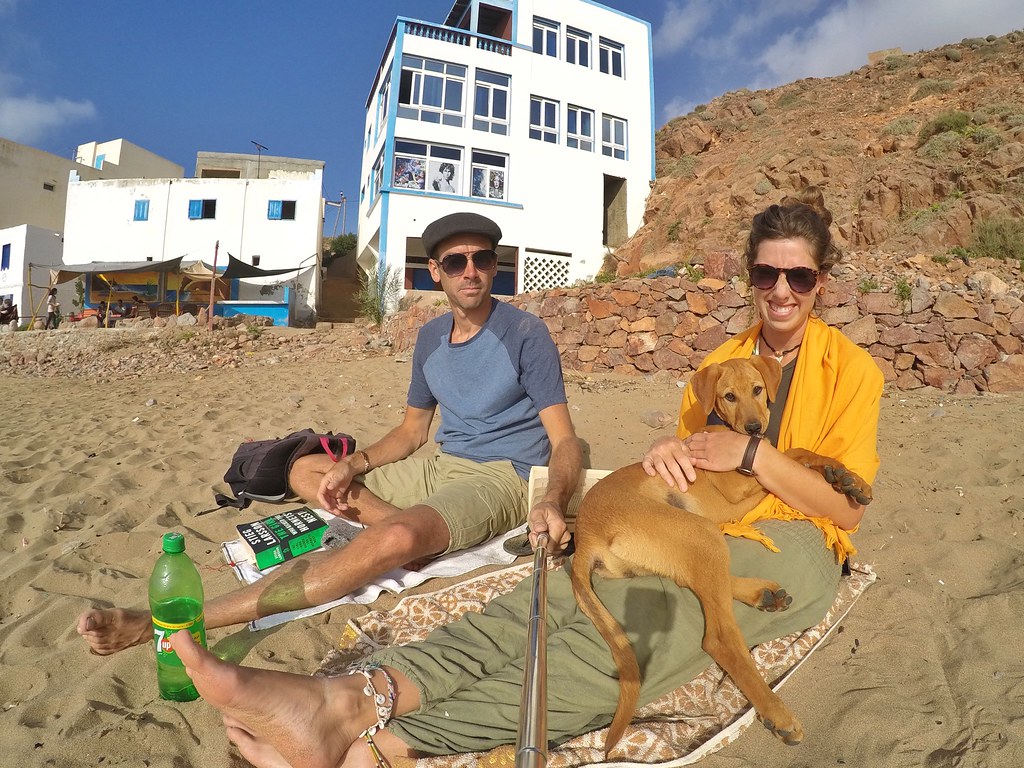 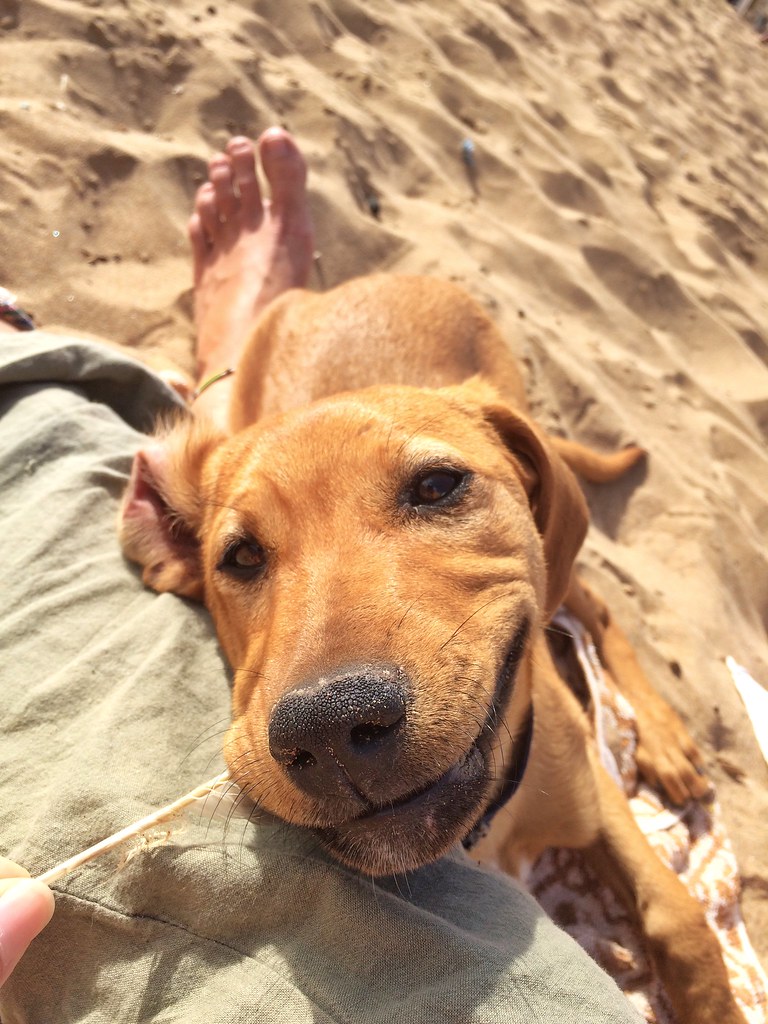