There’s a lot more to Chefchaouen than just the picture-perfect blue alleys, just look up and you’ll see the raw peaks of the Rif mountains looming above the blue medina. We definitely wanted to do some hiking while in town so we decided to head up Jebel El Kelaa which at 1616m is the highest peak in the Rif mountain range. Sadly we woke to the sound of rain but we’d paid to stay an extra day and didn’t want to waste it so we packed all our waterproofs (which can’t handle more than a sprinkle of rain) and set off. There were no signs to direct the way and little information online but thankfully I found the very handy Uneven Tenor Blog which really helped us.

We exited the medina and began climbing up some steps until we spotted a little trail leading off to the right. This was the shortcut we wanted to take through the valley as appose to the road which is maybe double as long. The rain had eased but fog swept through the valley like we were in a natural steam room. The trail led us past some very rustic houses built with scrap metal and nestled beneath an overhanging cliff. We spotted a guard dog watching us like a hawk so we prepared ourselves with some rocks just incase he was aggressive but thankfully he was very courteous and moved out the way for us without making any noise.

Somehow though, word got out that two foreigners were coming and the sound of barking dogs echoed through the valley. Ah man, this is my biggest worry when hiking in countries with stray dogs. I know they sense my fear but I can’t help it. I think we were very lucky though as three dogs were barking and growling at us from across a stream but our trail veered off and they didn’t follow us. The fog became thicker and it was hard to see where to go without any view ahead of us. Then our trail narrowed even more and at times it seemed like we weren’t even on a path. I referred back to the blog and followed the direction to just aim high and right up the valley and eventually we joined up with the road. What a relief. We passed a cool sharp rock with a precarious looking edge which seemed to defy gravity. We had an easy stretch winding our way up the dirt road via lots of switchbacks. A local man waited suspiciously on a corner until we arrived and he asked us if we wanted any marijuana. We didn’t find the locals round there very smiley or jolly actually, maybe the weather was upsetting them. 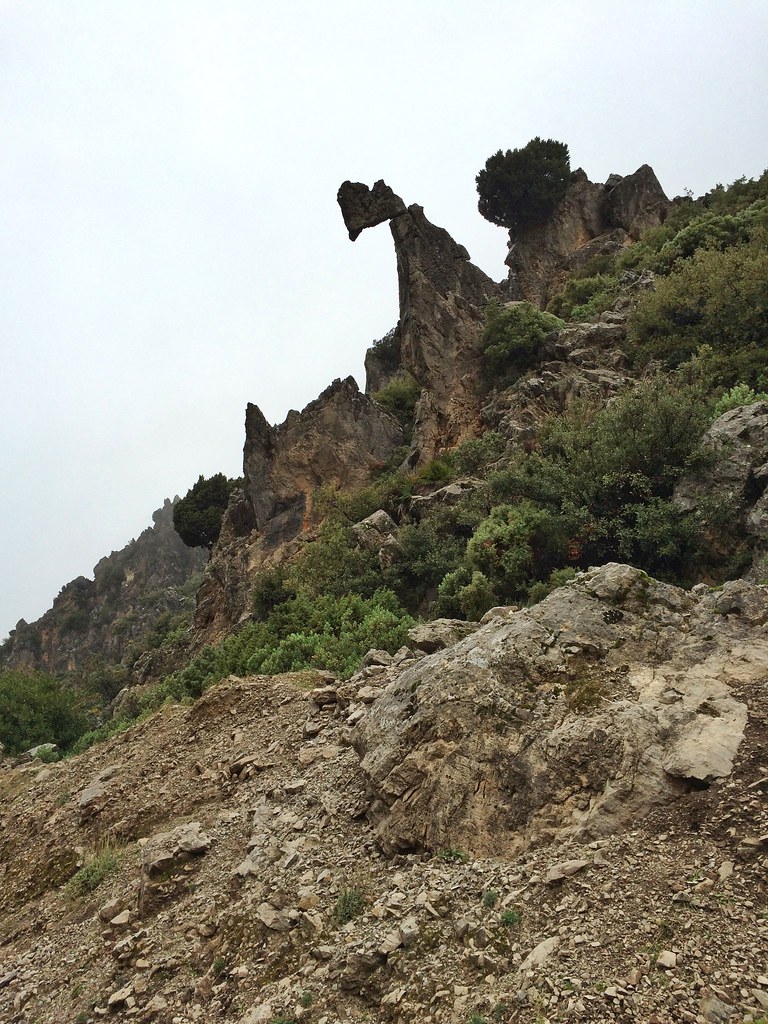 We were very grateful for the blog as it directed us off the road, again onto an un-marked trail. We passed a few cows and a couple of houses but that was all, and there were certainly no other hikers. We began a steep section uphill and decided to stop for lunch. We had a baguette poking out our bag for the whole hike so the mist had made it rather soggy but it was still good to eat something. 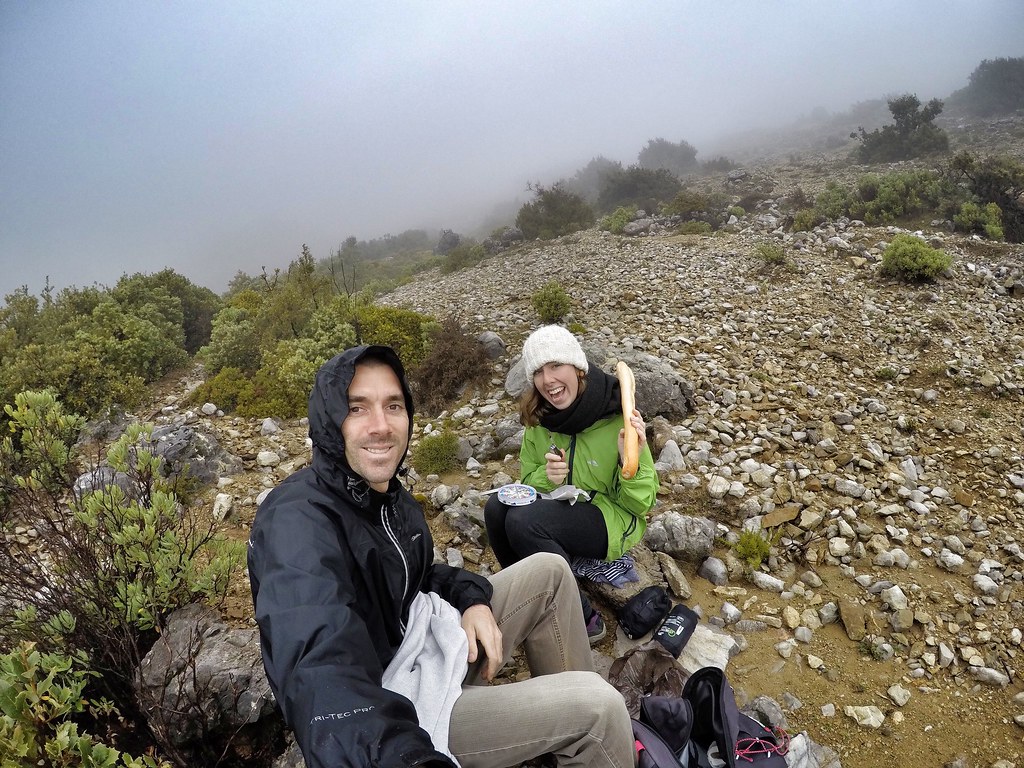 The fog didn’t seem to be getting any better and at about 75% of the way up the mountain we decided to give up. It wasn’t worth climbing up if we couldn’t see anything so we reluctantly headed down and as if on cue the clouds started dispersing. So we waited, and re-evaluated whether we should quit but then the valley vanished out of sight again and a cool mist wrapped around us. That was it, time to head back. 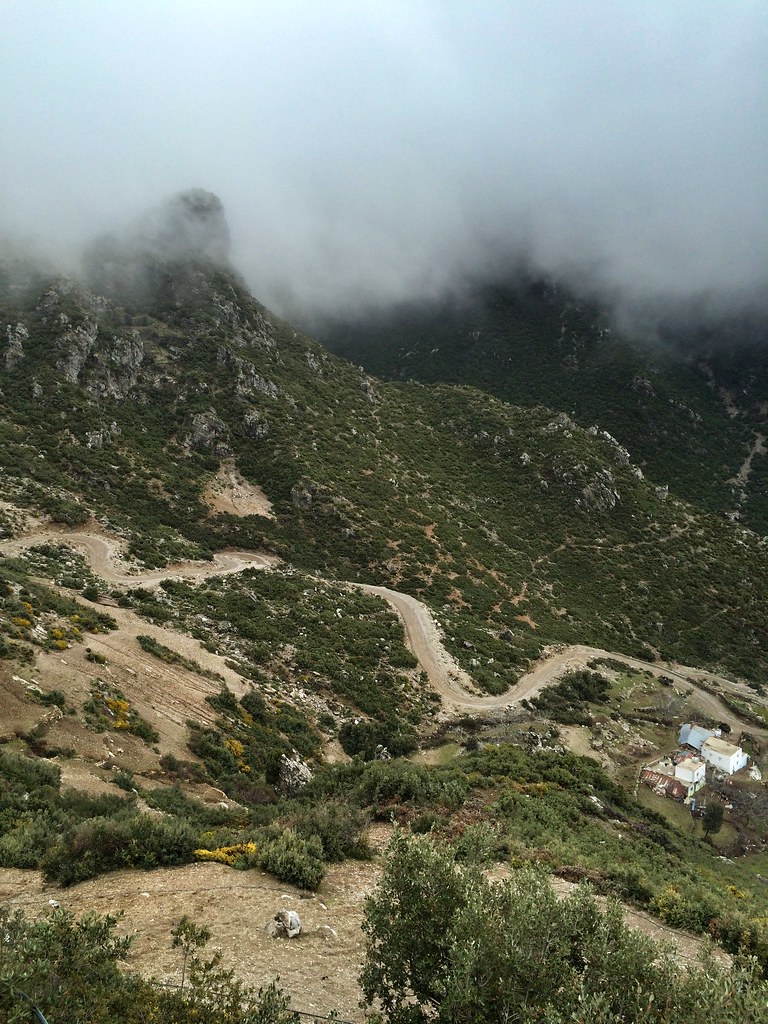 But of course you all know what happened, the further down we got the more the weather cleared up and by the time we were standing on a rock looking down on the medina there were blue skies above us. Bloody typical. We took the road back as we didn’t want to tempt fate with the stray dogs but the road was never-ending. It just seemed to go on forever, with the worlds longest switchbacks. So we took some shortcuts where possible, met some goats and scrambled down a very rocky hill where I managed to fall over twice as rocks rolled under my feet. We got back to our hotel, absolutely exhausted after hiking about 16km and we were so grateful when our hotel gave us free mint tea and a bowl of fruit while we watched the sun stain the sky pink and the echoing sound of ‘Allahu Akbar’ being called through the medina. 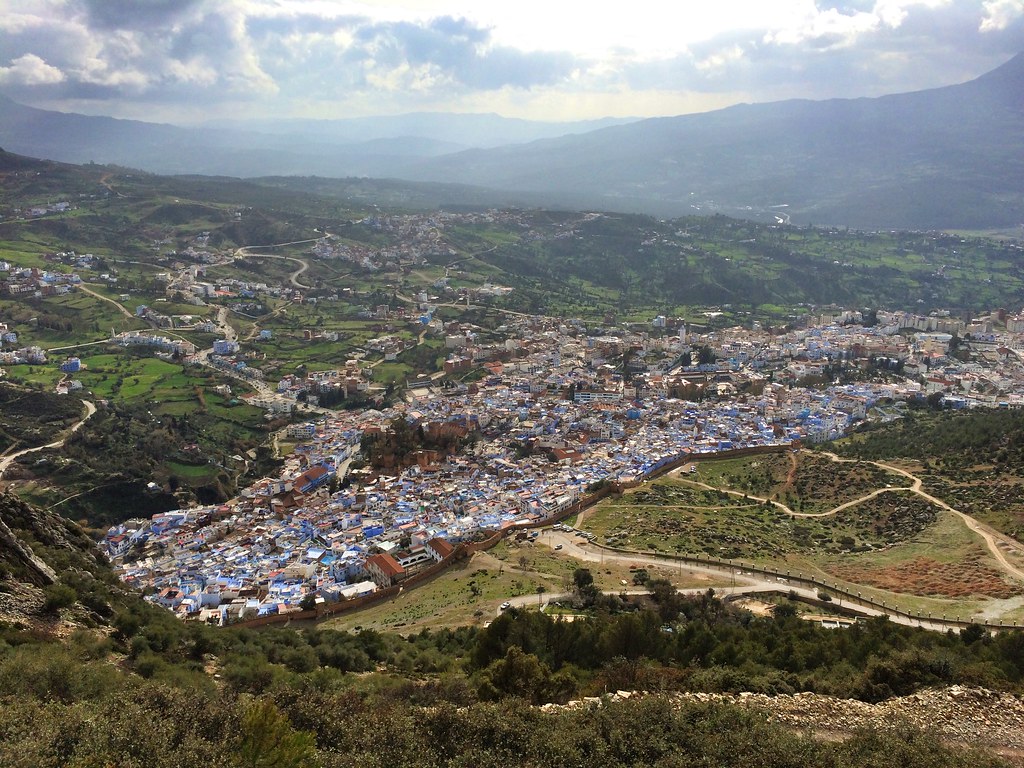 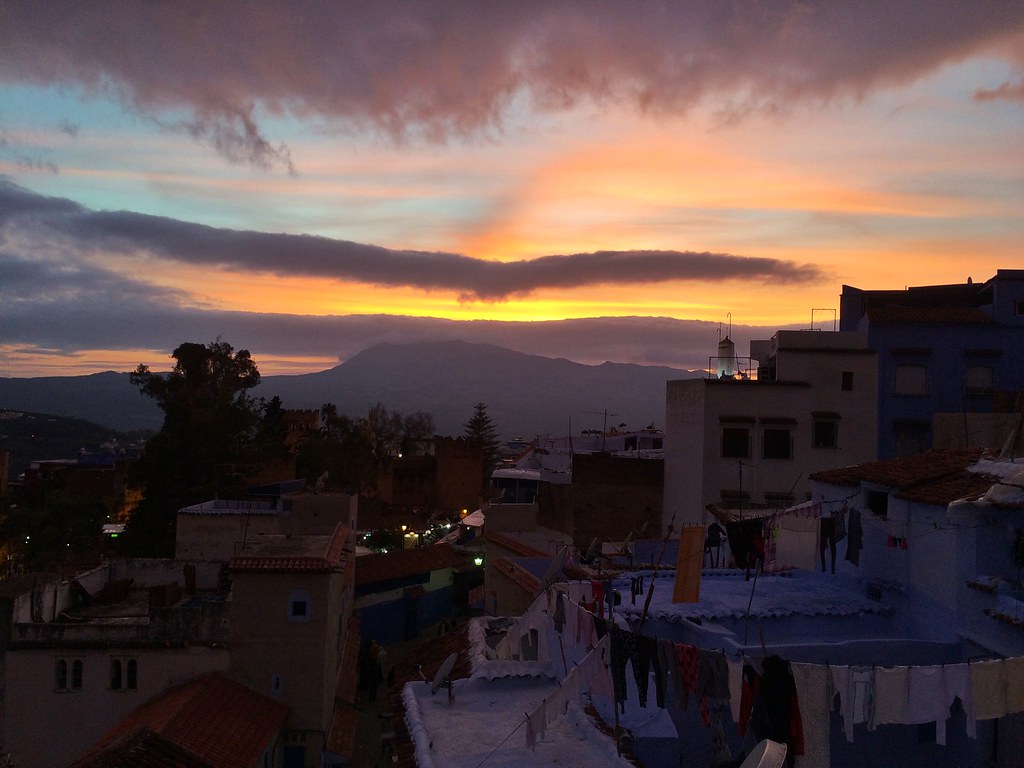