We had five days left in America so based ourselves in Dania Beach at an Airbnb which was cheaper than a hostel, and much nicer too. We met a lovely lady from Belize, called Michelle who was also staying at the house and was such a character and so full of life. One night Craig and I tried to watch tv in the lounge and somehow pressed a button that turned the tv to static. We haven’t owned a tv since we started travelling 8 years ago so we get confused easily. So there we were watching static when Michelle came into the lounge and we asked for her help. She didn’t have a clue either so we all sat their staring at the static and pressing random buttons. She called her daughter into the room and still nothing, then her friend came and helped too. We all sat back and let the younger ladies do their magic and were in hysterics about how many people it takes to work a tv. When I searched for Michelle on Facebook she said she was wearing a red top in her profile photo…so I scanned down the people with her name until I saw a black lady in a red top…dressed like an absolute slut in a red corset and hot pants. So I showed the photo to Michelle and said “is this you?!” and we all roared with laughter “no girl, das not me”.

We treated ourselves one morning to brunch at a busy diner that was once on Diners, Driveins and Dives. The food was tasty and it was nice for us Brits to experience the American way of having percolator coffee and it being regularly filled up at the table.

An old friend of ours, Martha, who we met in Argentina about 5 years ago lived in the Miami area so we caught up with her and her boyfriend Javier at Dania Beach. We ate at a cool bar at the front of the pier with sea views all around and birds streamlining through the blue sky. After lunch and a great catch up we all dunked in the sea…some not as quick as others, apparently it was cold but to Craig and I it was really warm, maybe it’s all those cold lakes we’ve swam in. 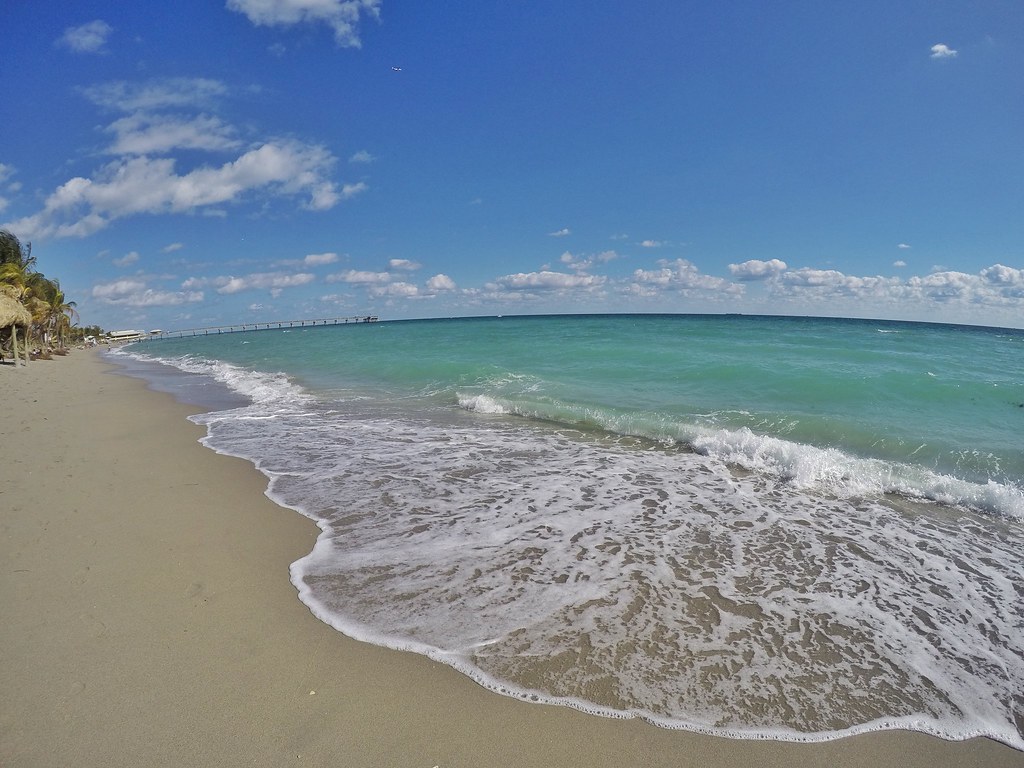 The next day we headed to South Beach, Miami. We used Lyft (Ubers competitor) to get to Aventura Mall where the main bus stop was. With a coupon I had the Lyft rides were free so a days transport return for two people only cost $9 for the buses. Quite a good deal! I was excited to see the Art Deco buildings around South Beach but poor Craig had really bad allergies and his nose was like a tap. We headed to the sea straight away for a dip hoping that would help him, it didn’t. The beach was completely different to every beach we’ve been to on this trip. It was horrible actually, lined with deck chairs and umbrellas. It didn’t feel like a public beach even though it was. 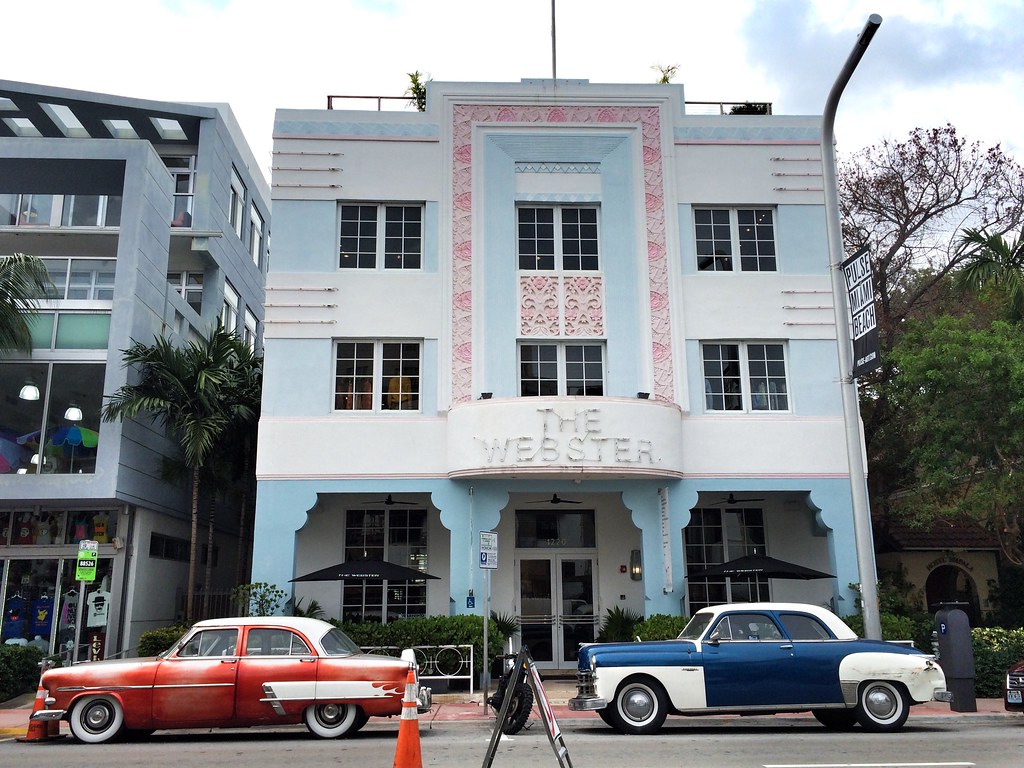 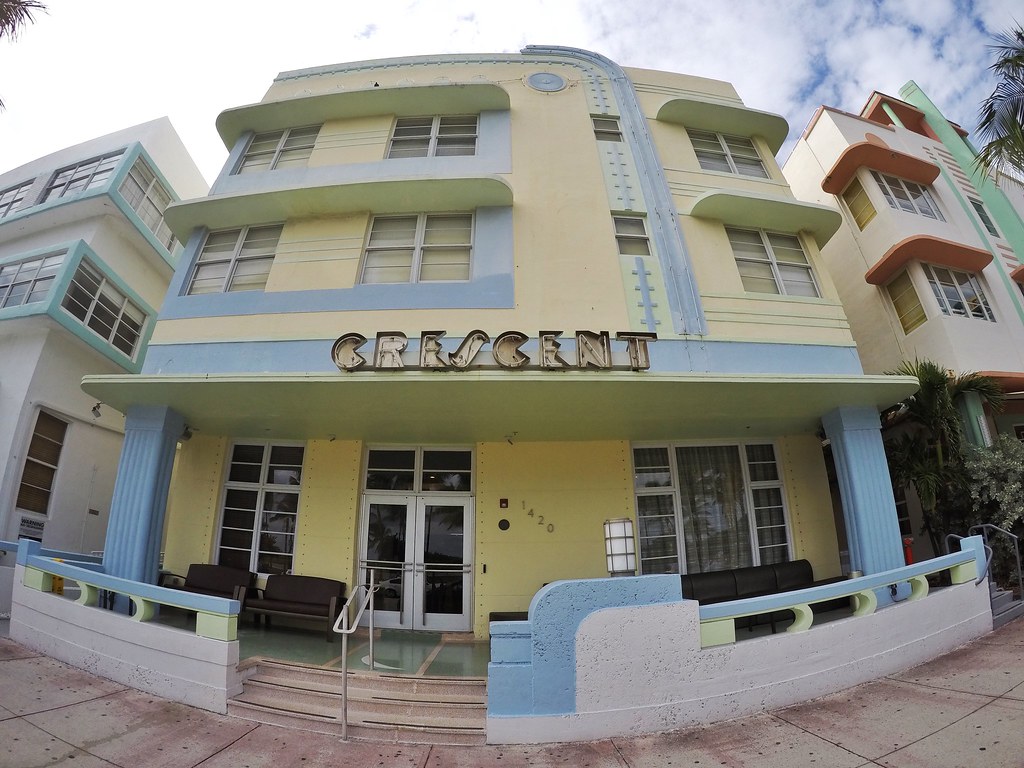 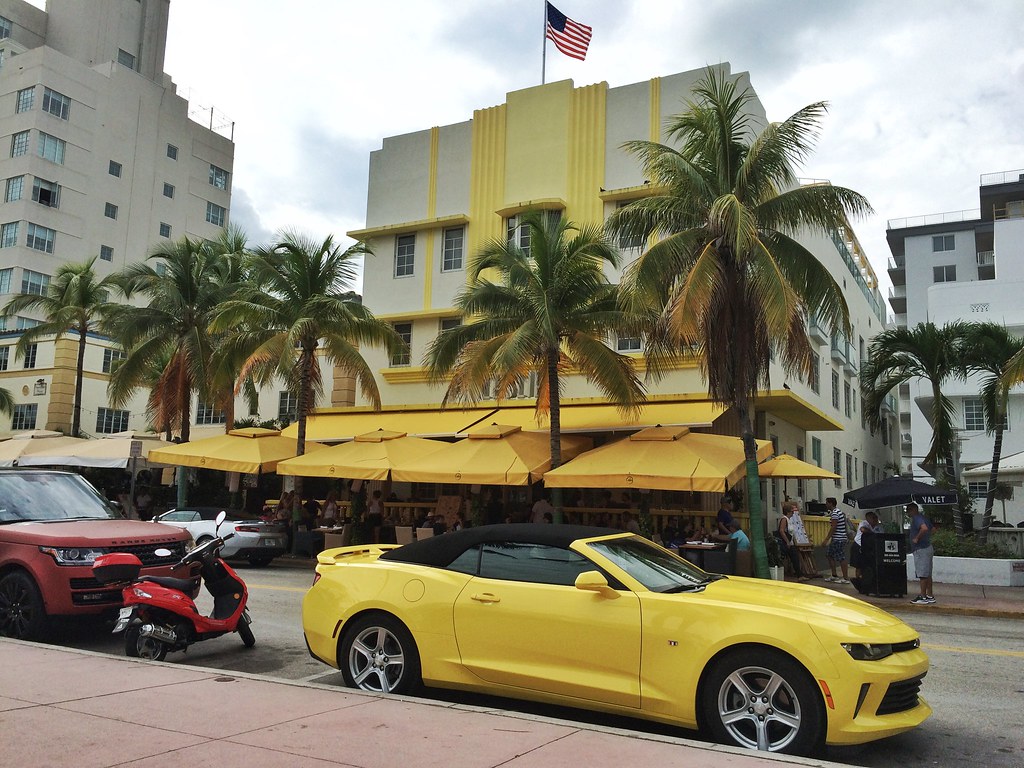 We took a nice stroll along Ocean Drive which has a large collection of art deco buildings and I just loved them. It was all very retro with either curved or sharp edged buildings painted pastel colours. Palm trees lined the road and the odd vintage car was parked outside bars and they just oozed old-time vibes. It was sort of how I imagine Cuba to be. There were a lot of young black ladies with butt cheeks hanging out and boobies swinging under revealing tops, it sort of had a spring break feel about the place. Cocktails served in the bars were super size, you could probably bathe a newborn baby in one! We stopped at the info centre and in true Floridian style had a useless person to help us. I queried what other roads would be good to walk along to see more Art Deco buildings and all she could say was “their everywhere!” And then she asked if we were architects or designers…”so you don’t know about the lines then?” Clearly not, so instead of giving us a brief answer she said we should buy a book about the buildings and we left, book-less and clueless to these mystery ‘lines’. I did enjoy the area though it was sort of like walking on a movie set as these buildings have been featured on the big screen lots. When we went to a different area of the beach we saw lots of lifeguard huts, all varying in colour and design. One standout had a big star shape roof and eye popping colours. We ended up heading back at 4.30pm as Craig was feeling so rotten. A sweet old lady waiting for the bus was from our town back home and treated us like her grandchildren offering us bananas and snacks, her actual grandson looked mortified that grandma was talking so freely to strangers. 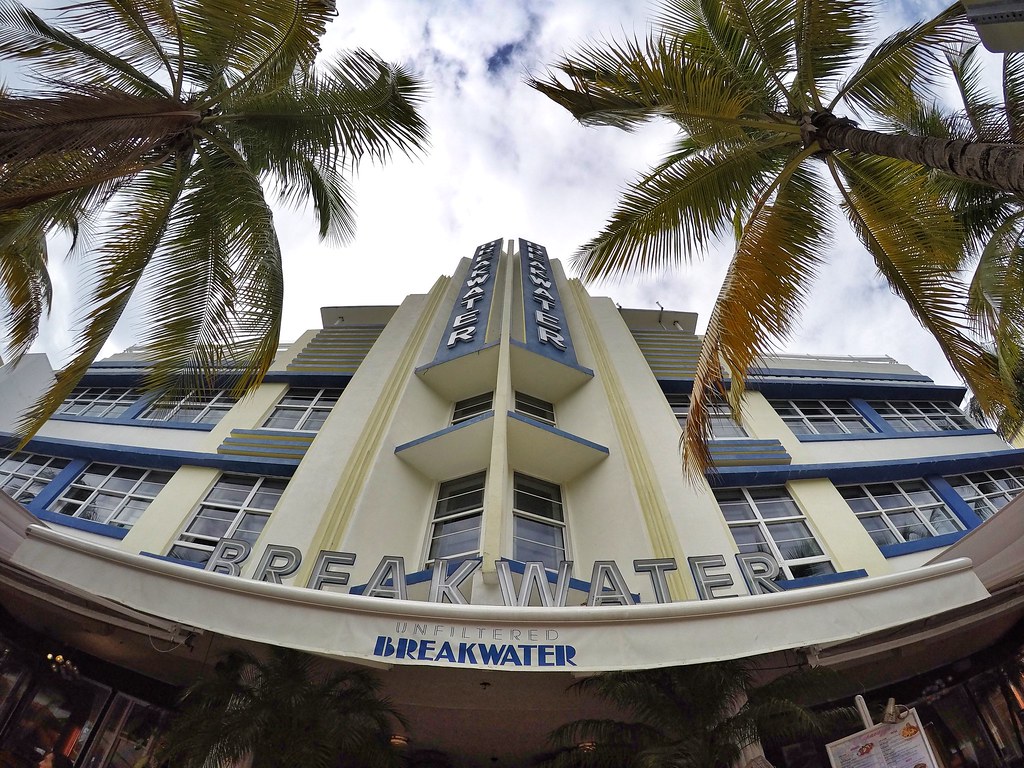 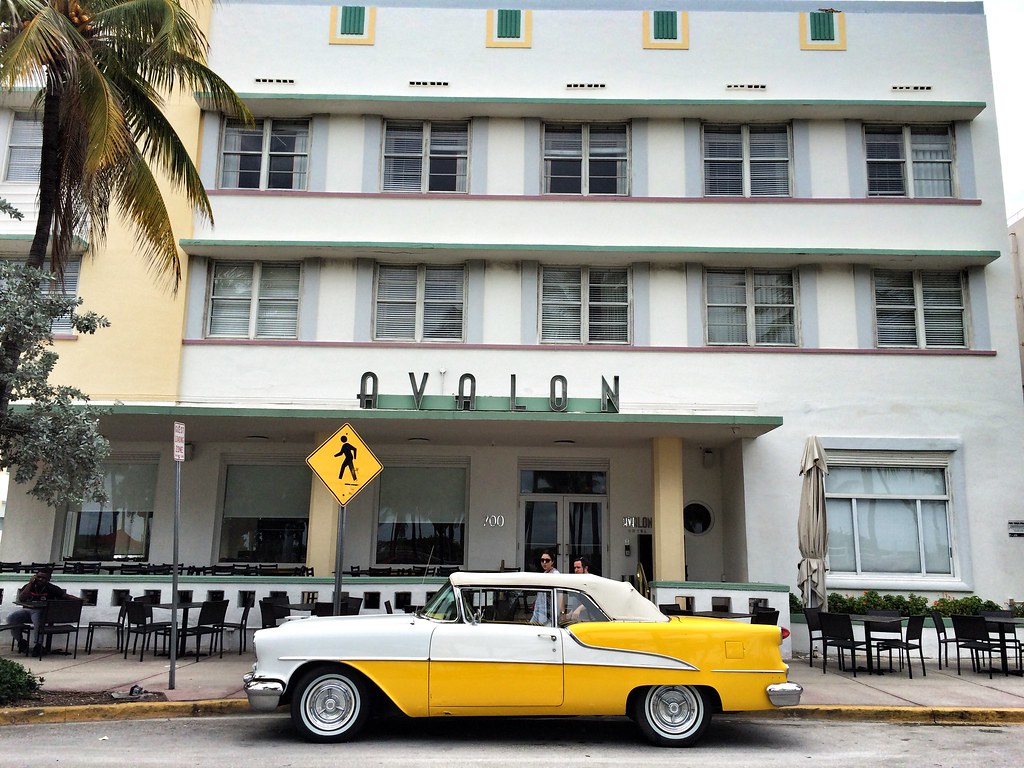 We battled an ants nest on our final day in America. They swarmed from the back of the shower tap and any fixtures and fittings in the shower. They must’ve lived behind the wall and I noticed the charcoal tiled wall was moving while I was in the shower. Craig felt really sorry for the ants when our Airbnb host sprayed them all with poison…”they’re such team players that they come out to save their buddies and then they too get killed” to be honest I couldn’t care less. I grew up in a house with a chronic ants nest so I can’t stand them, although I’ll take a thousand ants over one cockroach. 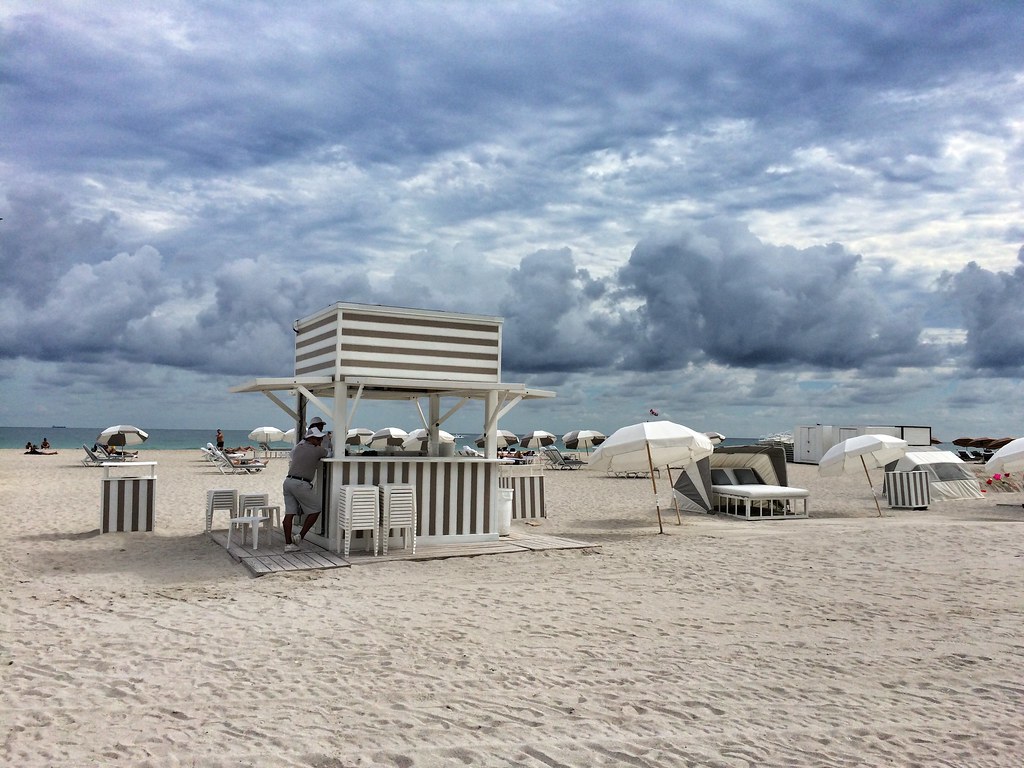 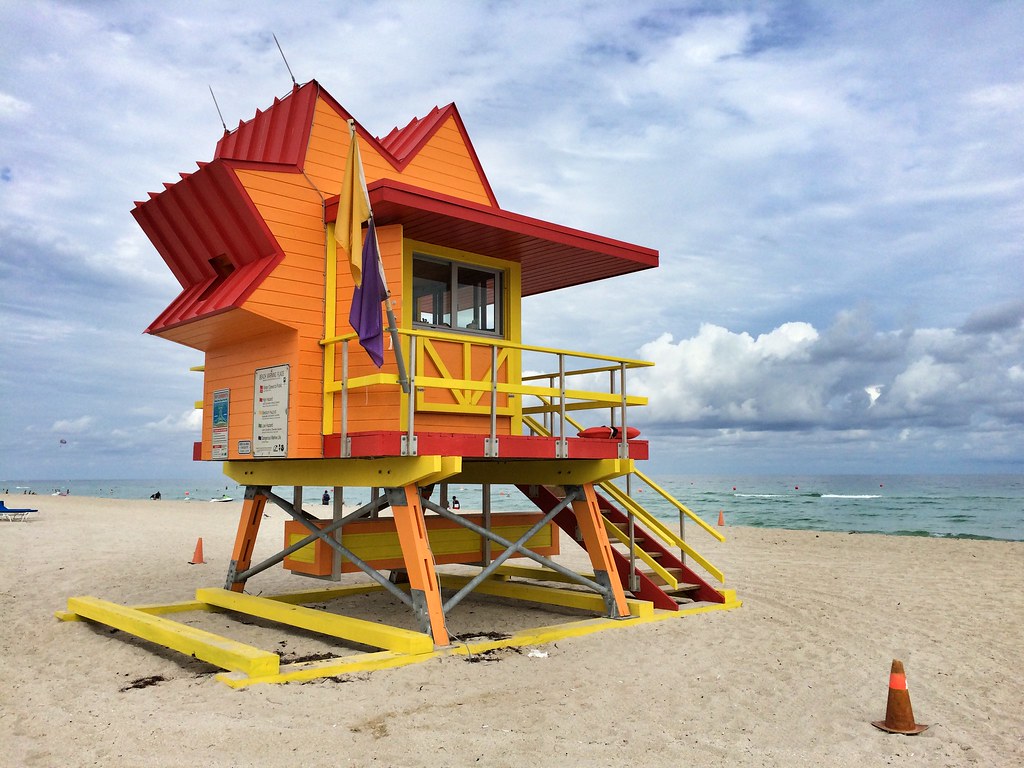 So that’s it, we’re leaving beautiful America once again. We traveled through 15 states on this trip and albeit we enjoyed certain parts of the east, like West Virginia, the Blue ridge Parkway and the springs and wildlife of Florida it was all too developed for us. Especially after coming from the peaceful and wild states like Alaska, Idaho and Wyoming. It was tough trying to free camp in the east and a lot of the time it was just easier to stay at a Walmart, which we hated but it was convenient. If we come back to the States again, for a third road trip, it would have to be exploring more of the mountains and deserts of western America, where we first fell in love with the country. We’ve had an absolutely incredible 6 months travelling around in Daphne the campervan and have hiked some stunning areas, admired some fascinating wildlife and camped in pure wilderness. Thank you for wowing us once again America…but it’s time to fly to Mexico!! 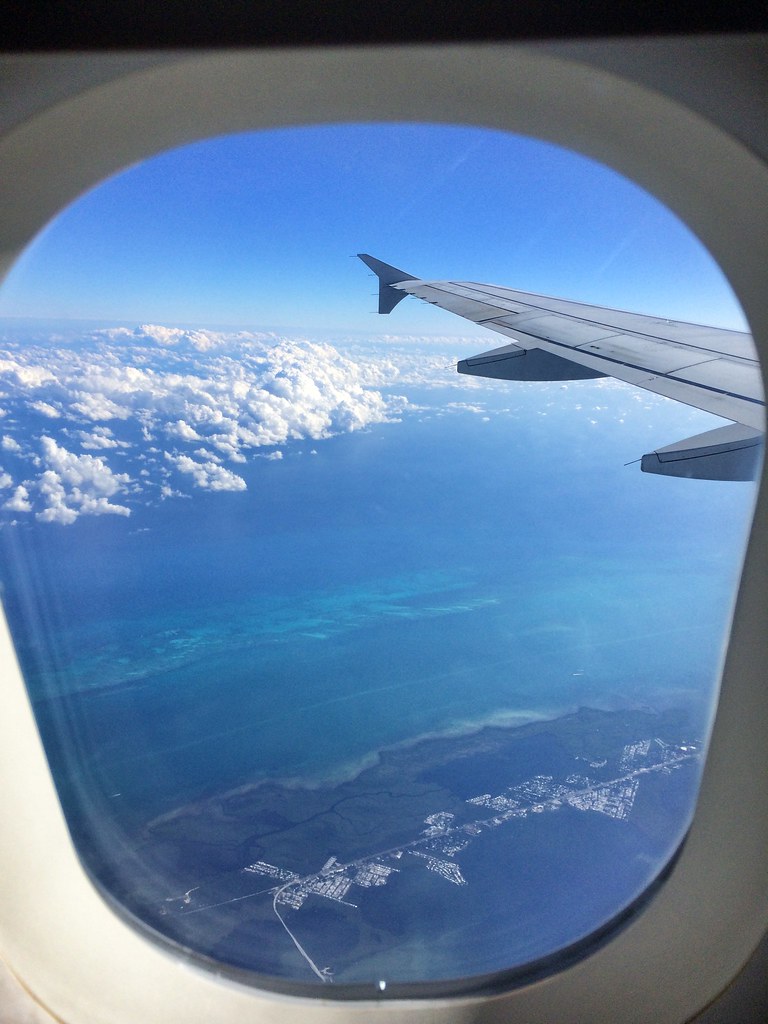