The Wind Cave National Park is above and below the ground. At the surface is prairie land home to bison, pronghorn antelope, deer and more, and below the ground is the 6th largest cave system in the world. This park was our final straw for South Dakotas money grabbin’ tactics as they charged $12 to view the caves! Almost every national park has free ranger programs arranged most days, it’s a way to educate people. So why didn’t they offer the cave tour for free? We’ve seen some amazing caves around the world; an ice cave in Austria and an underground canyon in Slovenia, so we didn’t feel the need to pay to see another one. A map of the explored areas of the cave looked like a squiggly drawing done by a child. The main natural entrance was a tiny 10 inch hole which you could quite easily just walk past and not even notice. I can’t think of anything worse than being the first person to explore a cave….except for maybe the second person to explore the cave and finding the corpse of the first guy.

We set off to Custer town which was home to lots of trading posts full of animal hides. There were some beautiful hides and pieces of cow and deer leather perfect for finishing off the moccasins Craig made us and some great bits for me to try and make a new wallet. Sadly we also saw lots of bear, lynx and wolf fur going for small change. There were even boxes of Lynx and fox faces for a measly $3.50! Such a shame to see rare animals ending up like this. We’ve seen one wild Lynx in 8 years of travels and 20 or so dead ones in a box.

We visited the Four Mile Old West Town which was as quiet as the day it became a ghost town. It was on the site of an old town that boomed in its hey day when land was practically being given away. People made their claim on land and property by squatting and if the property inspector came by he’d offer the squatters to buy up and it would be taken from the original owners. Sucks if your just on a long holiday and come back to see you’ve lost your house to the village hobo.

The town has been rebuilt into a museum-style village to give us an idea of what life used to be like. Sticking with the old theme a lady dressed in 19th century attire handed us a vintage cassette player. A crackly voice came out the speaker and led us through each building. There was a saloon, police station, jail, tailors, houses, hairdressers, church, school…the list goes on. There were over 50 buildings and it took us a couple hours to see the whole area. The old houses still had mud floors as they used to and rustic old beds that could sleep a whole family. There were some interesting points made on the tape, like why there’s always a red and white stripy pole outside barbers; the white signifies shaving cream and the red, blood. And the term buffalo soldier came from the natives as the black soldiers reminded them of buffaloes due to their hair being black and curly just like the animals.

The undertakers was a creepy little building that had a tiny coffin inside. It was one size fits all so if the body didn’t fit, they couldn’t change the coffin size, they’d have to make the body fit. I don’t know whether that would involve a good squeeze or possibly chopping off the limbs of a fatty – luckily most people were thin and poor so hopefully the latter didn’t happen! Funerals would take place either the same day or within a couple days as there was no embalming to preserve the body and flowers were given to cover the smell. 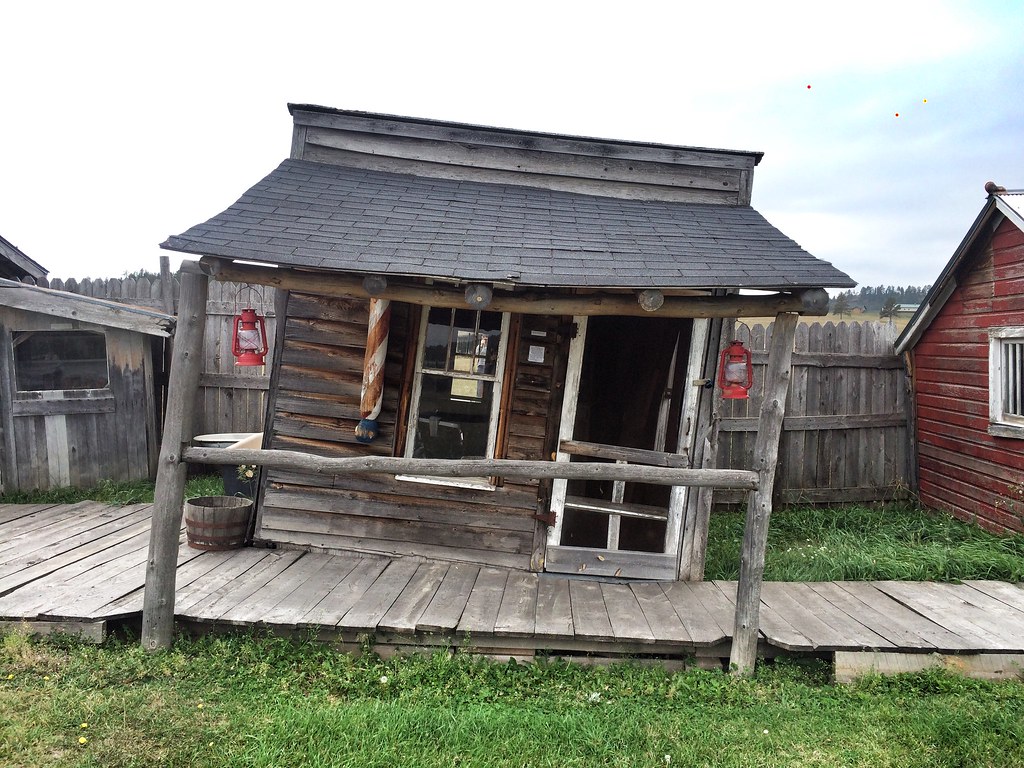 The post office had a genuine job advertisement from the Central Overland California and Pike’s Peak Express in 1860 saying: ‘WANTED – Young, skinny, wiry fellows not over 18, must be expert riders willing to risk life daily. Orphans preferred”. 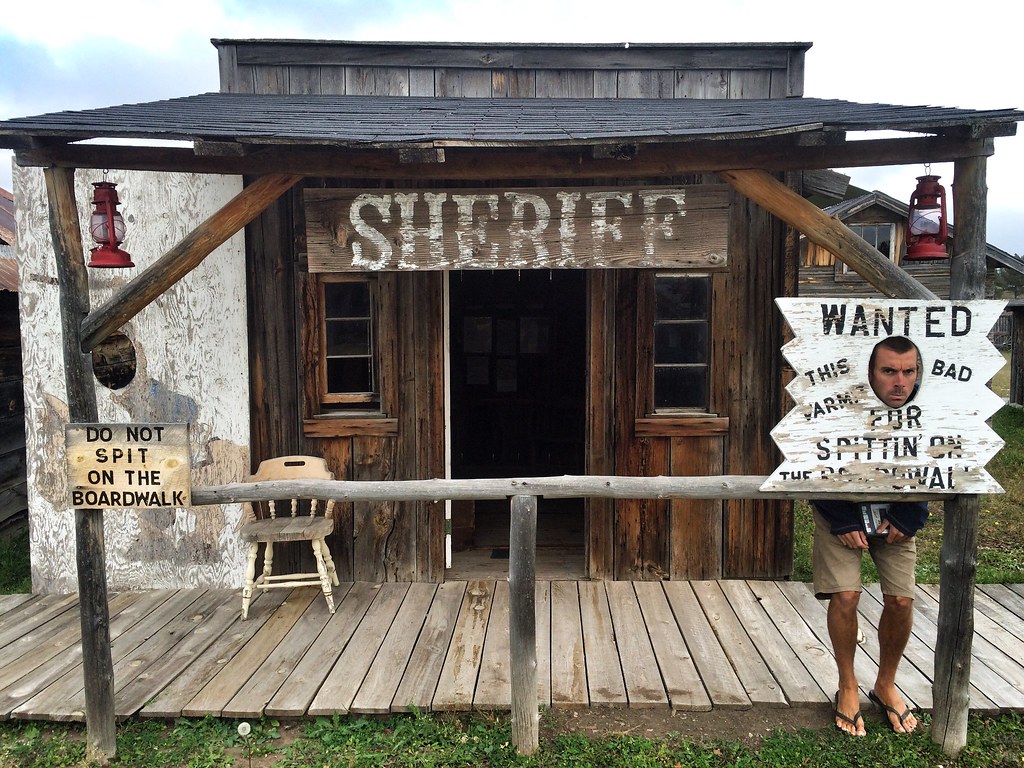 The day was rather gloomy but I wanted to drive the Iron Mountain Road which has a couple of tunnels where Mount Rushmore is framed inside them as you drive through. We drove around some awesome pig-tail turns in the road which were quite a genius way to gradually climb up a hill. The weather worsened the higher we climbed and Rushmore was hidden behind cloud. We camped in the national forest hoping when we left the next day we’d get the perfect view but the weather only deteriorated. There was no Rushmore views, just fog floating past and the odd deer grazing by the road. I was so glad we saw the incredible mountain a few days ago in crisp blues.