Not far east from Yellowstone and spread between Wyoming and Montana is a deep canyon with ochre walls and a crocodile coloured lake flowing through it. Around the canyon rims are wild horses and big horn sheep and along the roads are empty trails are tumble weeds. 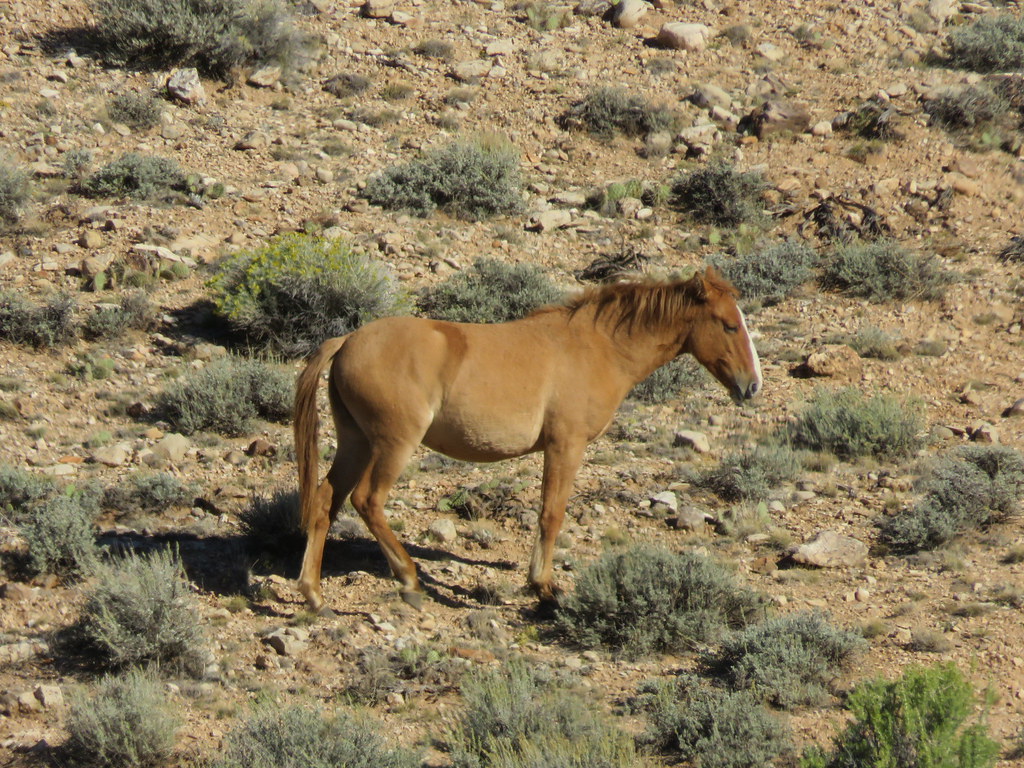 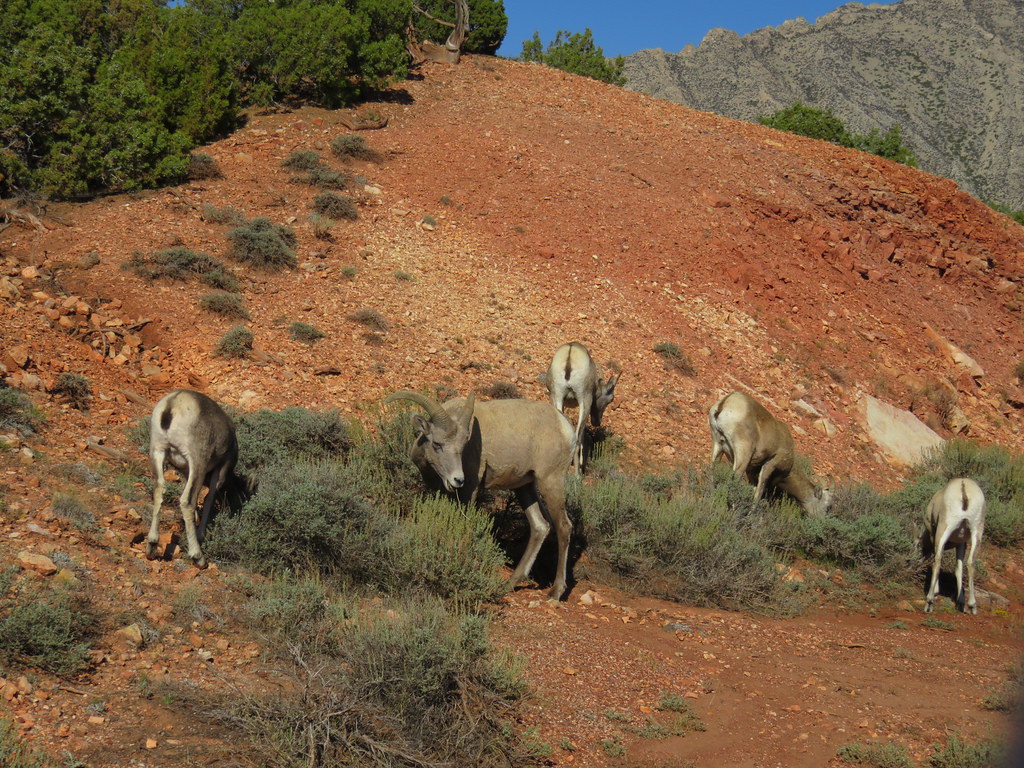 We couldn’t quite believe how quiet the park was when we visited. It was a perfect blue sky day as we entered the park and drove the scenic road north which crosses the boarder into Montana. We saw our first wild horses walking elegantly along a hilltop and stopped to admire them. The park was a small one, with a road running parallel to the canyon. The river has been dammed off creating a 71 mile long lake which is popular amongst boaters. We saw maybe a dozen cars all day in the park and most people were towing a boat. The lakes so long that boats barely meet one another and seeing as most people were on the water, we had the rest of the park to ourselves. We drove downhill to an area where the Bighorn Lake spreads out and a swimming area was beneath the most vibrant red, rock walls. The rocks all reflected in the still waters and we instantly loved the park. 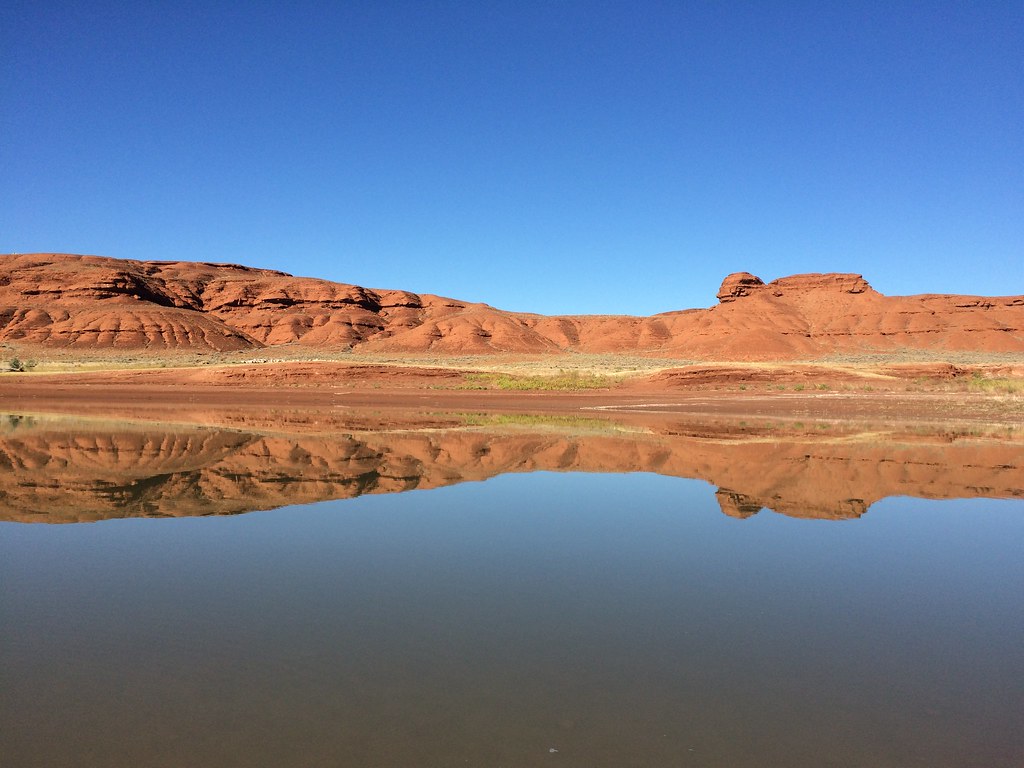 We stopped at the Devils Canyon Overlook passing a group of bighorn sheep crossing the road. The sun wasn’t in the best direction for the canyon so we decided to come back later and headed to Barry’s Landing instead. We wanted to take Roland out on the lake and had big ambitions as we looked at the map and talked about heading north along the snake-like wiggles of the canyon. Well, that was a barrel of laughs even contemplating that sort of distance! We made it out the protected boat launch area and were hit by winds. We’d probably make it north but there was no chance in hell we’d made it back. Craig said we could just blow our whistle and hope a boat comes to save us and we would explain that we were rather exhausted and would appreciate a tow back and then I laughed in Craigs face. We ended up taking a turn right up a not so dramatic extension of the canyon. It was a nice paddle up there, rather blustery but we made it back in one piece and enjoyed a refreshing dip afterwards. 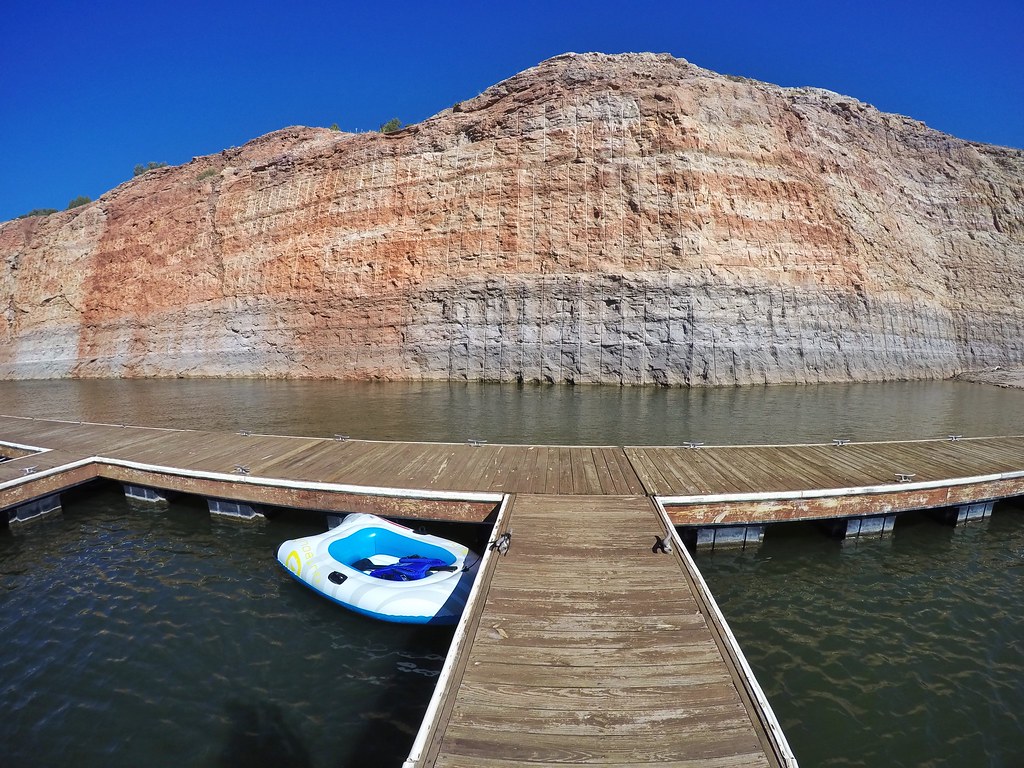 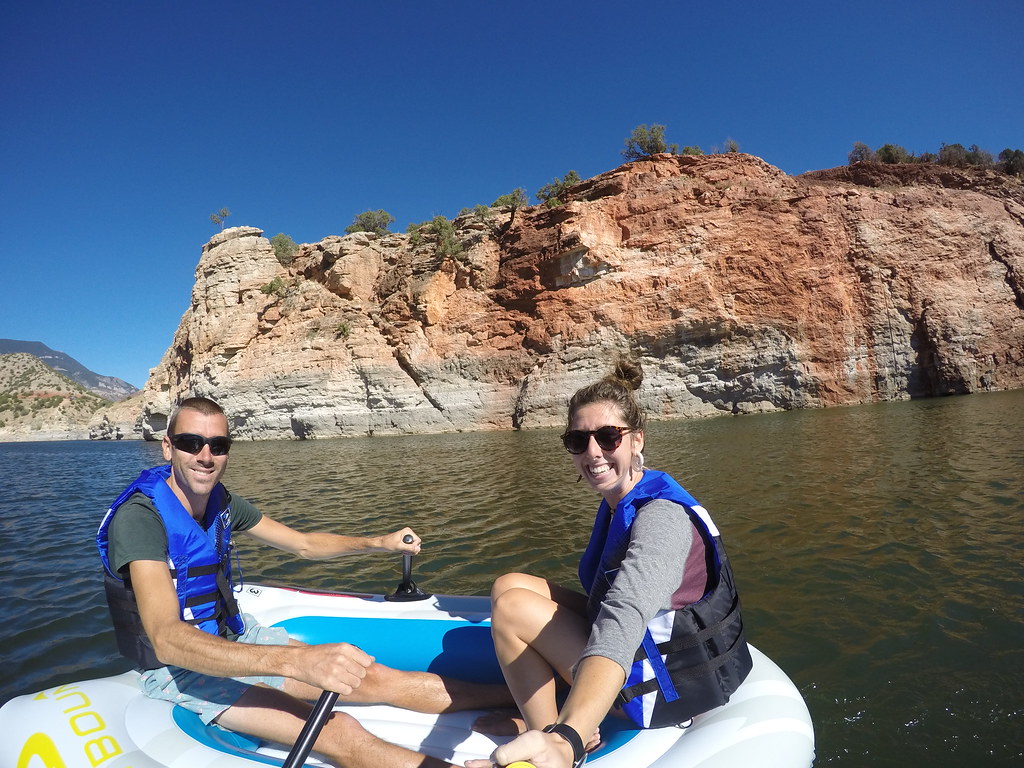 In the afternoon we pulled up at a location the ranger had suggested. It was an un-marked carpark where we followed a faint trail to the edge of the canyon. The sheer walls dropped beneath us and gave us vertigo as we peered over the edge. We were standing at a section of the canyon where there was a big bend and then a long straight section and it was one hell of a sight. Two boats passed below us and put the size of the canyon into perspective. 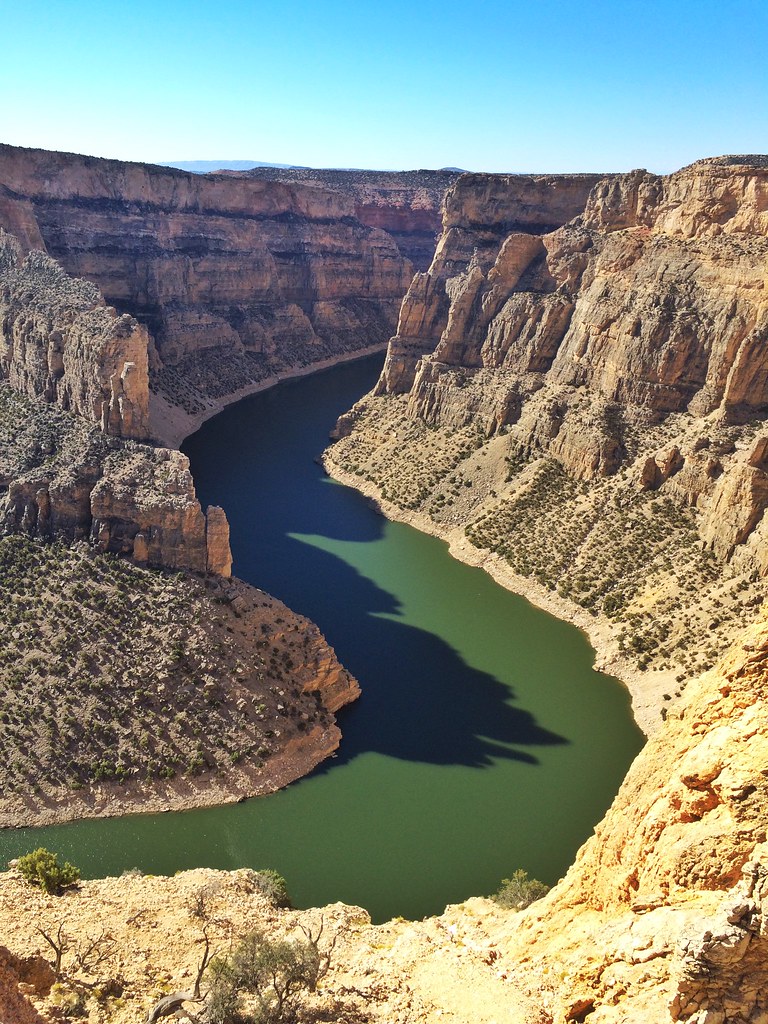 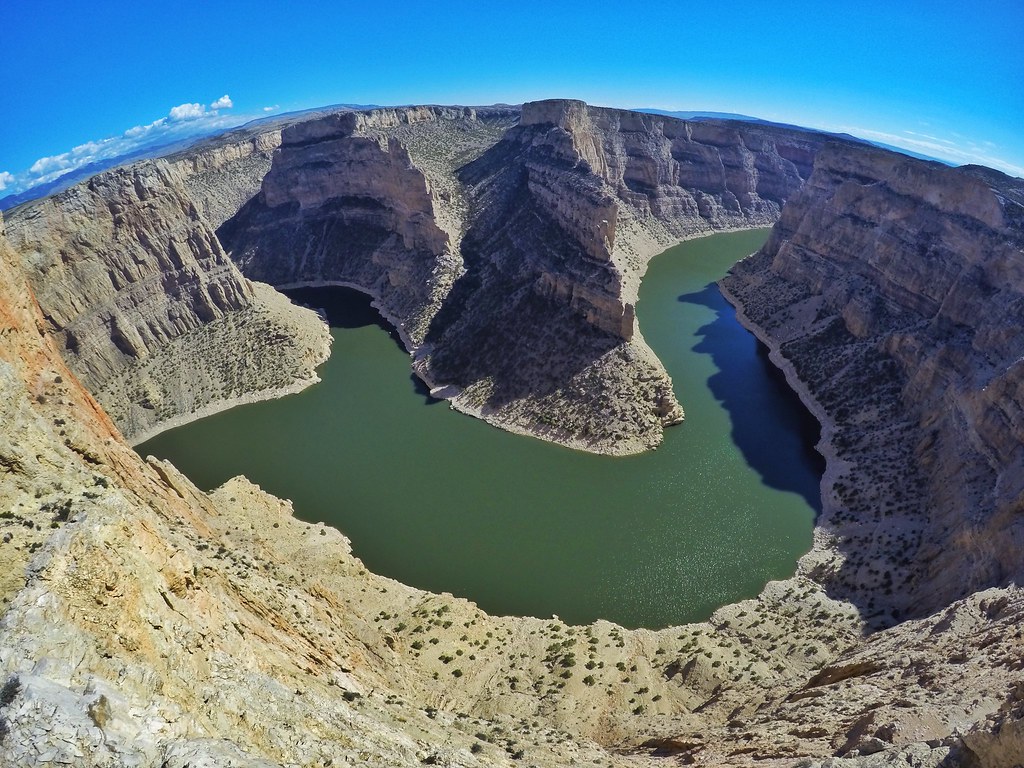 We stopped again at the Devils Canyon Overlook and the view was fabulous!! Seriously jaw dropping! The canyon did a big ‘U’ shape bend but with a three way split as the Devils Canyon cut up from the main Bighorn Canyon. It was a really unique view and best witnessed by a detour from the main trail. We climbed through a natural bridge and landed on a giant rock where once again our legs turned to jelly. 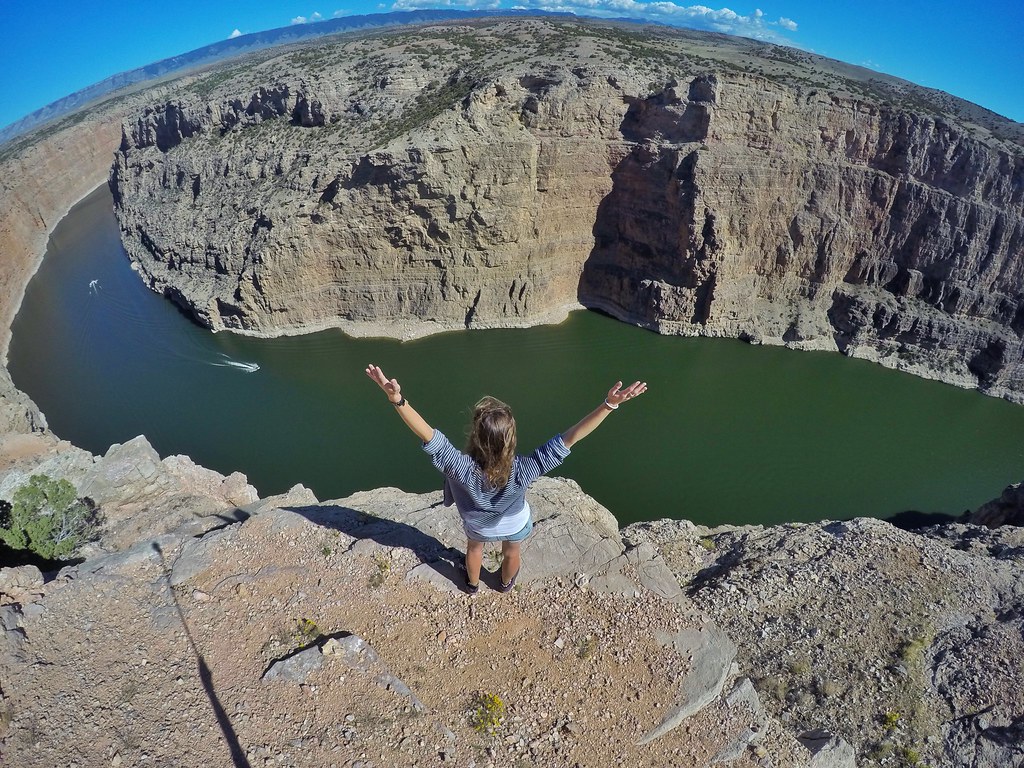 We saw more wild horses and did a short hike along the Rangers Delight trail. The view wasn’t great from the trail so we veered off track and ended up at a vast horseshoe bend. Flocks of birds flew through the canyon and showed us how steep the walls were. We used the zoom on our camera to scan the caves on the rocky walls searching for mountain lions but had no luck.

We wanted to see the park at sunset but the canyon had too many shadows so we went back to the red rock area and enjoyed dinner as the rocks turned from ochre to a tango orange colour. We were shocked to see such a stunning park so under-visited but we loved it that way! 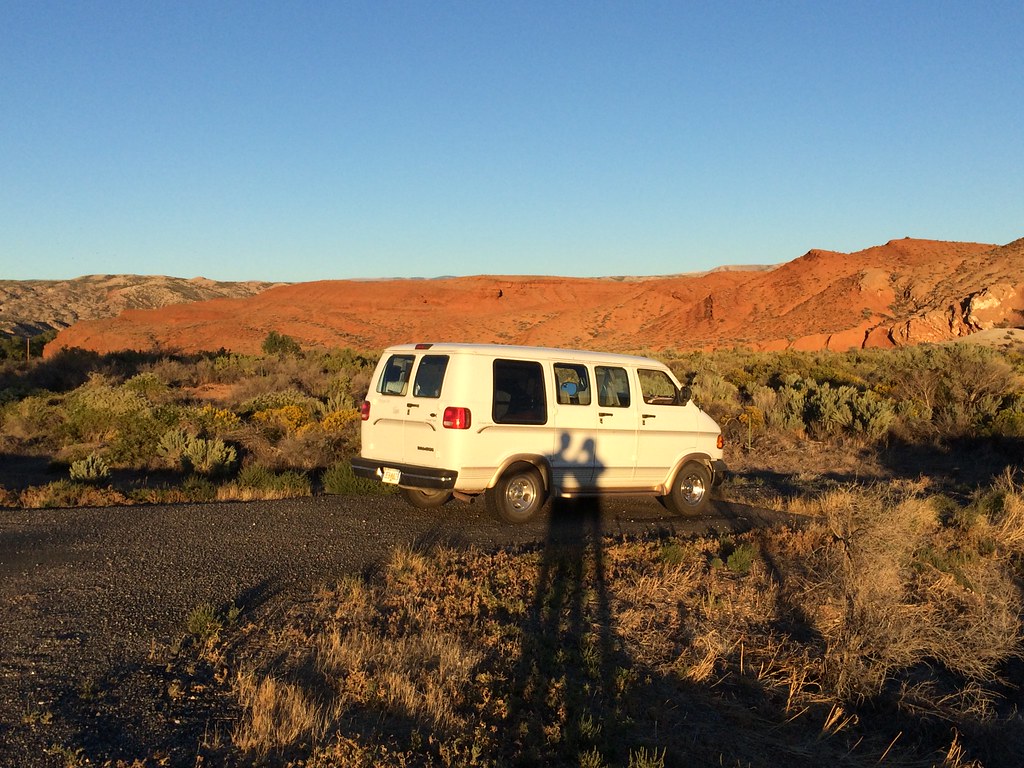