Our early start was rewarded with a perfect crisp morning, pure blue skies and morning mist drifting over lakes. We’d camped just outside Waterton Lakes National Park so headed back into the park stopping often for photos as the sun was rising. It’s the only time of day where I don’t despise cob webs as they were twinkling with dew in the low sunshine. 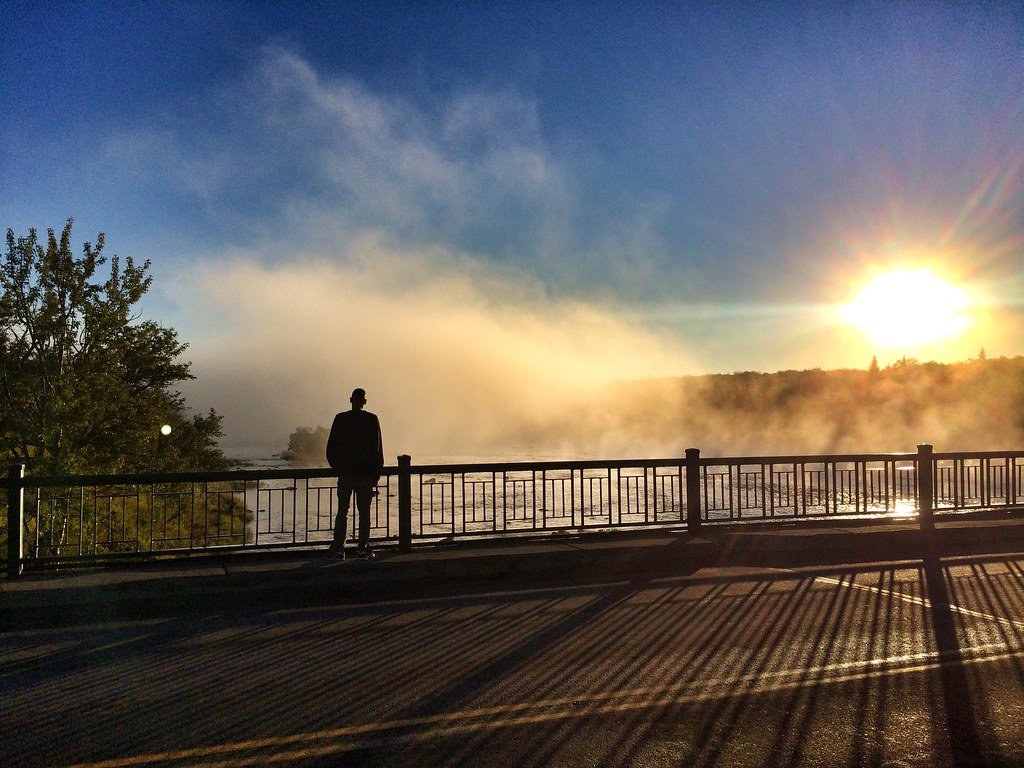 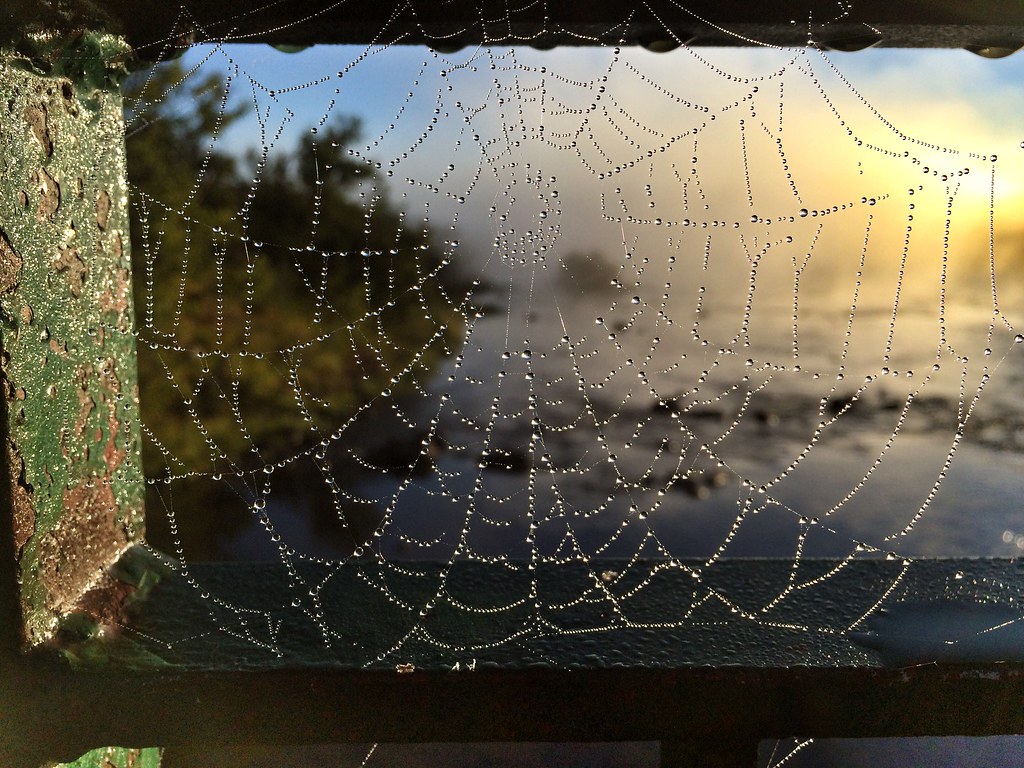 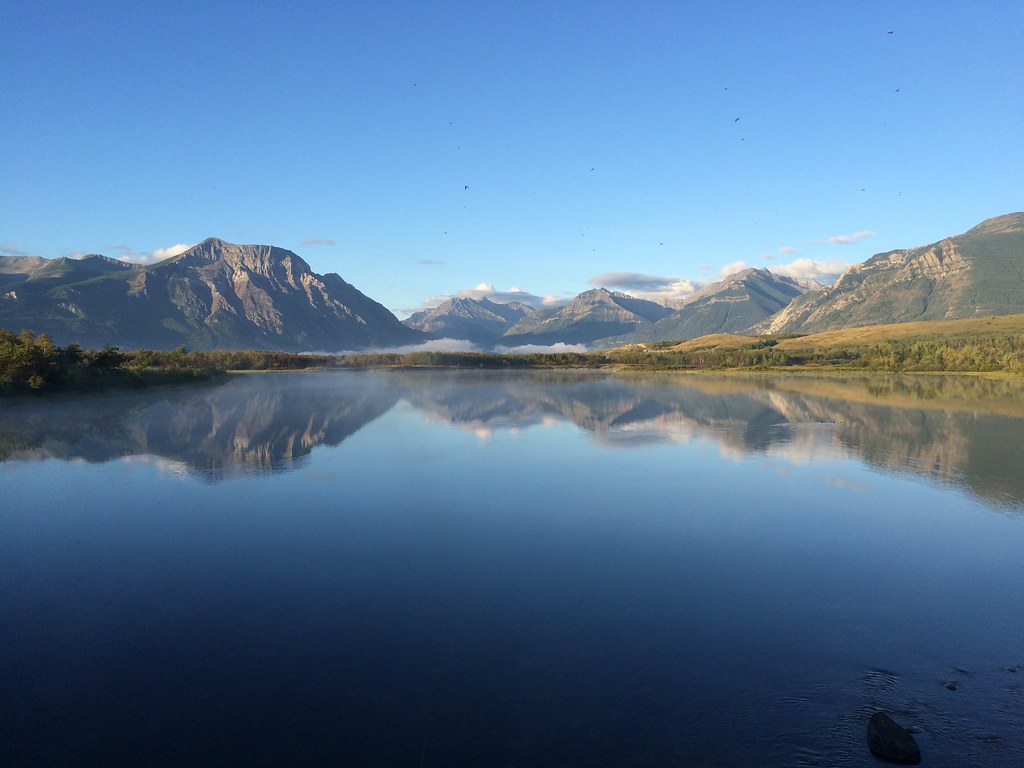 We decided to do an easy hike after the tough Crypt Lake Trail yesterday so we followed the crowds up the Bears Hump, a rocky mountain above Waterton village shaped like the back of a grizzly. A short, steep climb led us to the top with incredible views of Waterton Lakes spreading below us. It’s a shame the town was such an eyesore in the photos but I do love short steep hikes for impressive views so I was happy. We could even see the USA as half of the lake is in Americas Glacier National Park. 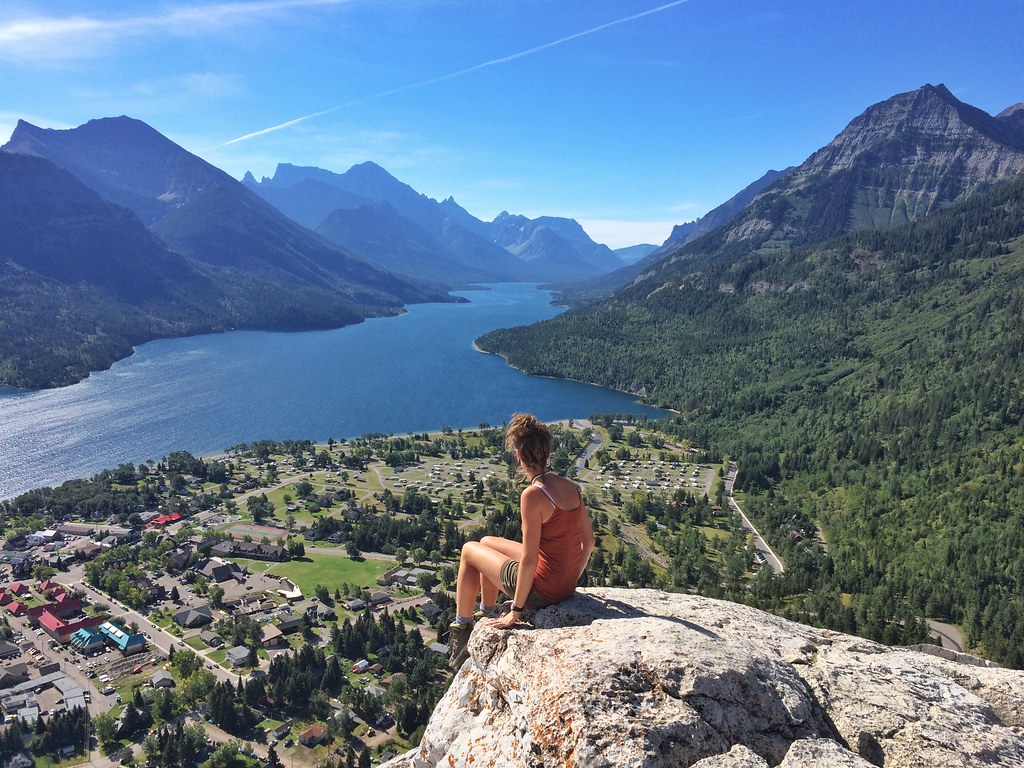 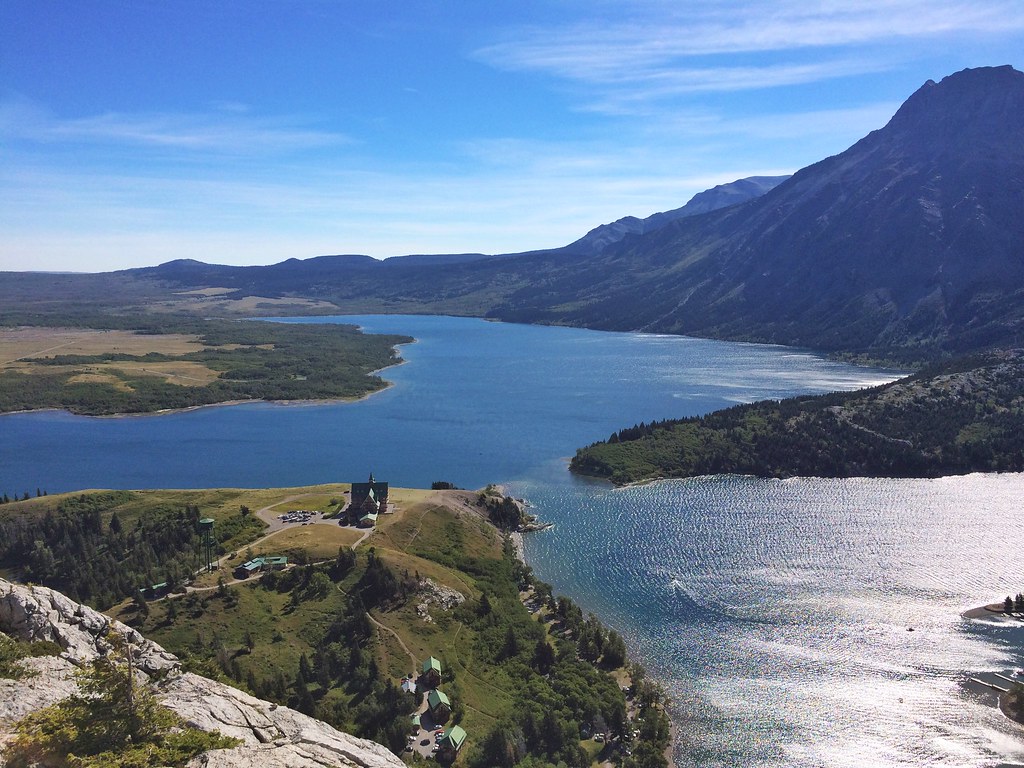 After getting sweaty from the hike I was ready for a dip in the lake but Mother Nature had other plans and was tormenting us with strong winds and choppy water. We found a less windy spot at Emerald Bay which was popular with paddle boarders and picnickers. Roland (the row boat for those that don’t know) was pumped up and we set sail (minus the sail) on the large lake trying our best to stick close to the shoreline. It was actually a very enjoyable paddle as the mountains around us were quite something! We could see the tiny dots of people standing atop the Bears hump and a lush green hill housed the parks famous Prince Of Wales Hotel. We found a gravel bar spilling from the shore into the crystal clear lake and decided to moor Roland up there…right next to the real boats. It was such an idyllic location and could have easily been mistaken for a sand bar in the Philippines. 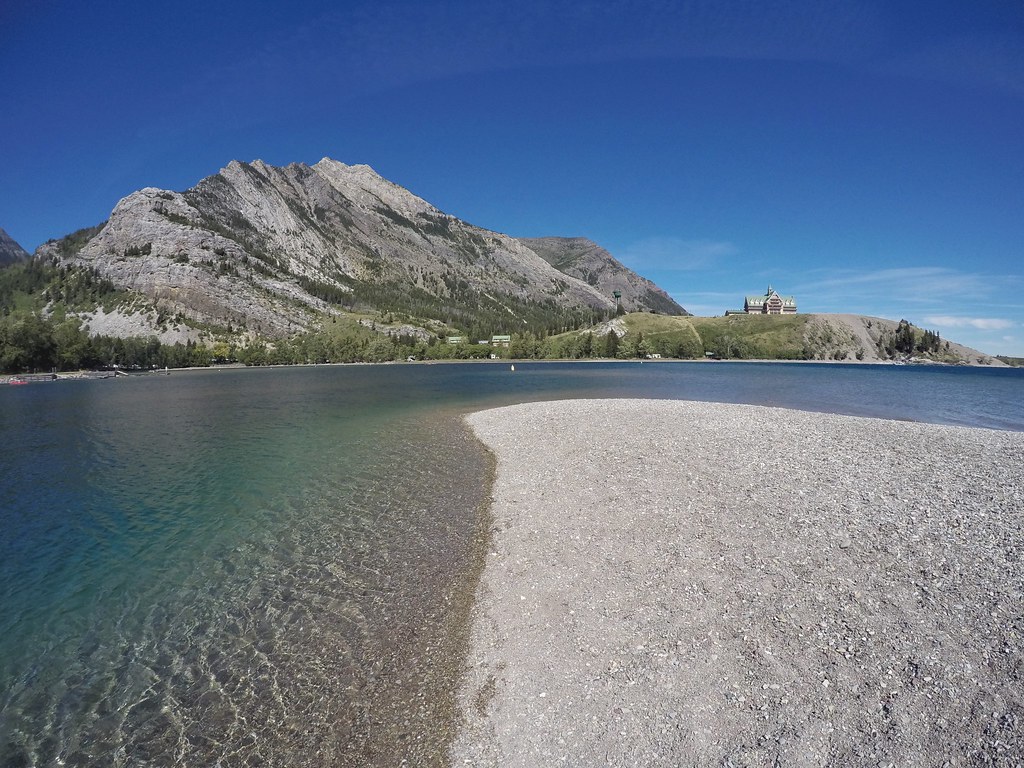 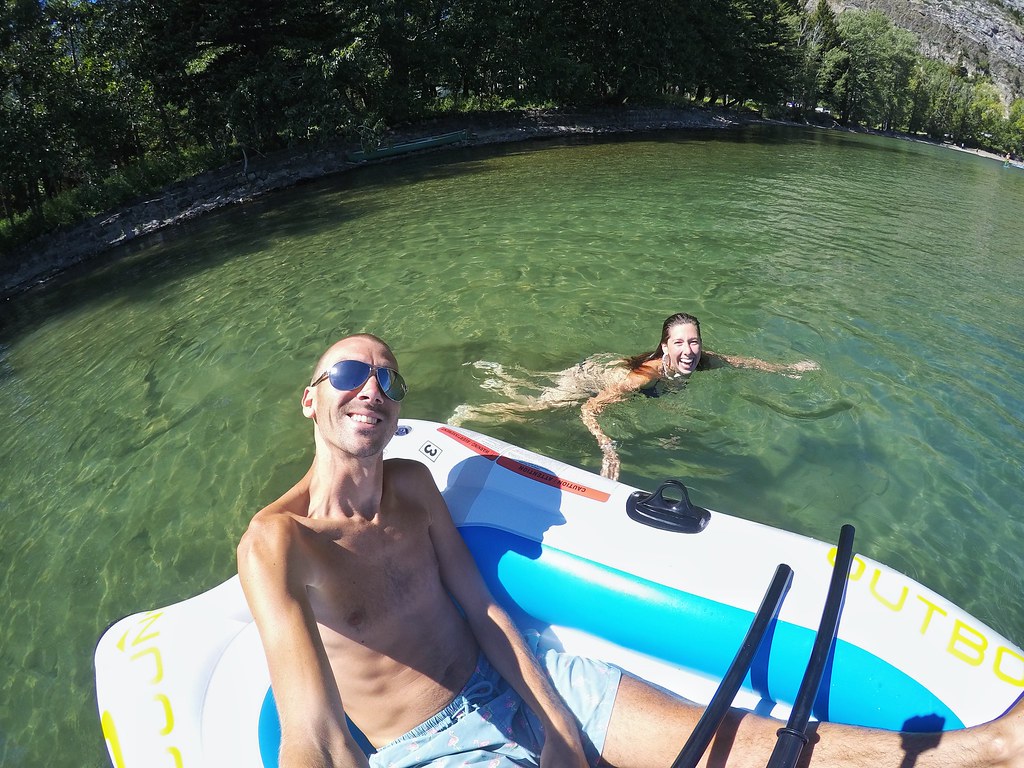 Craig wanted to cross the lake onto the other side of the shore but it quickly became evident that that wasn’t going to happen. It felt like we were lost at sea in a crappy inflatable raft as waves rolled and pushed us in a direction we didn’t want to go. I abruptly demanded my gondolier take me back to the shore which he kindly did and we had an awkward bare-foot walk along the pebbly shore till we could re-enter Roland back into the calmer bay. I eventually braved a swim while Craig paddled Roland into a sunny patch and pretended to be my life vessel but was actually too much of a pussy to come in the water. 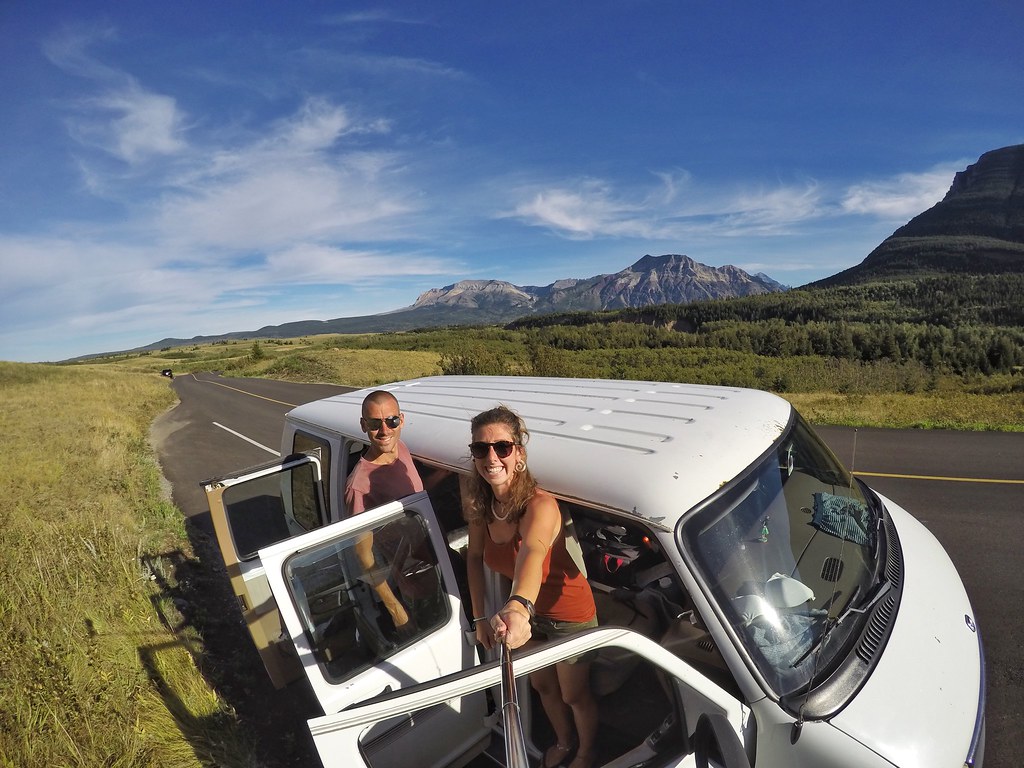 Of course for our final evening in Waterton we went back to our usual wildlife watching spot. We’d chatted to a Swiss family most nights who were also looking for Bears and we both had little to report on for today’s sightings, I think it was too hot for the Bears and we only spotted a lone one far up the hill. We decided to go for a little spin before we left and boy did it pay off! A car was pulled up and kindly pointed us in the direction of a bear rummaging in the bushes. I could see the bushes moving in various places so we had a mum and two cubs. We only had sight of one cub climbing bushes and snapping branches to reach the high berries. Cars began piling up behind us causing quite the bear jam. The mama bear soon came out the bushes and strolled onto the grass verge right to the side of our van. Wowee! All the Bears we’d seen in Waterton had been far away and now I had a large mama bear just 1-2 meters to my side. She just stood there and looking left to right, from me to the back of the van….what’s she looking at? So I looked at the back of Daphne and there was a man standing there with a gigantic camera taking photos! I started off calm “get back in your car buddy!” And he didn’t move. The bear kept looking from side to side and I was getting so pissed off at his ignorance, stupidity and selfishness. “GET BACK IN YOUR CAR!!!” Suddenly the bear went round the back of our van but the man had vanished, he must’ve dashed back into his car after he heard his wife in the drivers seat screaming at him. The mama bear got to the other side of the road and stopped to look back for her cubs who were far too preoccupied with the berries to realise she’d even left. I could see the man with the camera who I shall name ‘Twat’ hadn’t even got into his vehicle properly, he was standing on the step with the door half open. The bear ran back across the road and into the bushes. It was all quite a tense situation, the bear had gotten so close to Daphne and I was shaking with adrenaline….but I had the safety of my vehicle, I hope Mr. Twat went back to his hotel room with a pair of brown pants and a shameful look on his face. So the mum was back with her cubs and now dozens of people were standing on the grass verge and away from their vehicles taking photos. We decided to drive off to a pullout so we weren’t in the train of traffic and amazingly the Bears came through an opening which offered a beautiful view of the adorable family before she wisely hid in the woods. We couldn’t believe the crowd of people standing there though, it was so foolish. If that bear attacked Mr. Twat or any other person the bear would be killed! As the Bears went into the woods a young boy, maybe 10 years old ran down the hill towards the Bears shouting ‘boogie monster’ while the mum smiled and casually waved him back up the hill I couldn’t help but squeal out the window ‘WHAT THE HELL IS HE DOING?!’ Far too many stupid people allowed near wildlife for my liking. After three days in the park we’d seen 34 black bears, 3 coyote and lots of deer. It was hands down the best and most reliable spot to see Bears in our entire trip from Alaska to here! 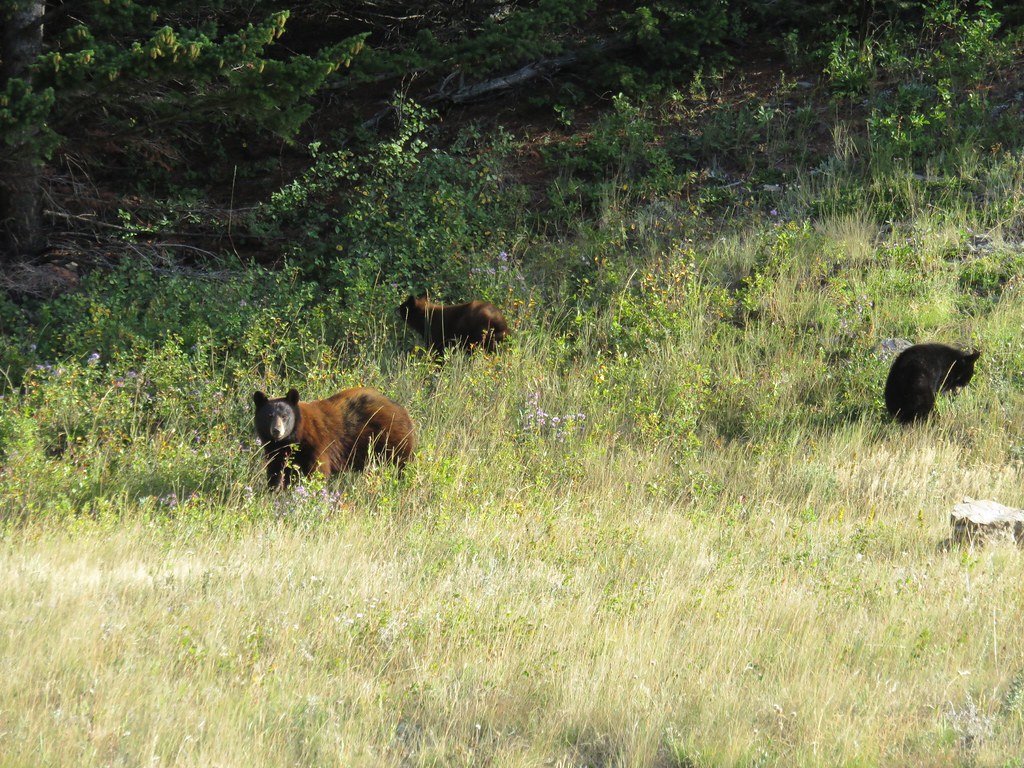 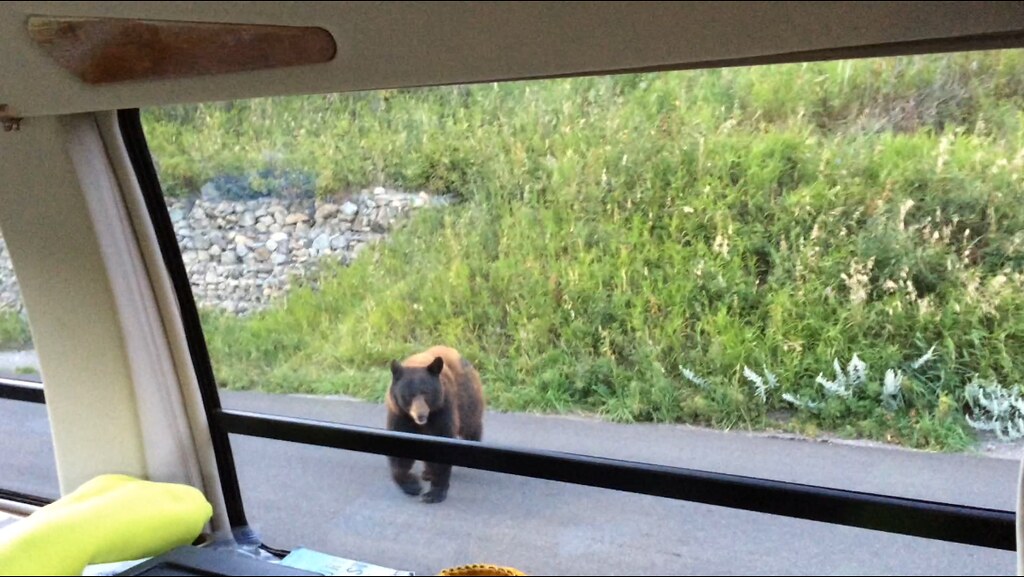 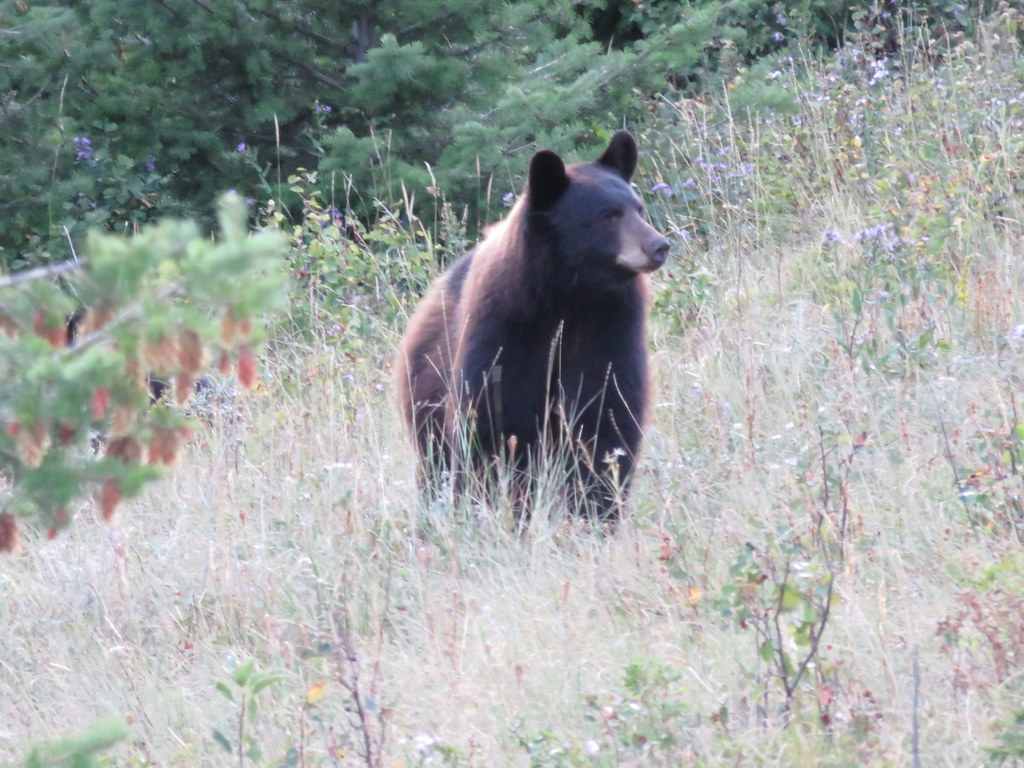