Waterton Lakes national park is the only place in Canada where the prairies and mountains meet without the transition of foothills. Therefore it was a fabulous drive entering the park with dry grassland all around us and mountains rising ahead of us. We headed up the Red Rock Parkway as it was a rainy day and decided to just do a canyon walk and take it easy. After only 5 kilometres driving along the road we came across a black bear with two cubs on the hillside. We pulled over to have a look and the mum had interesting fur with orangey-red colours. One cub was brown and the other black, what a cute mixed race family! We’d spoken to a ranger beforehand who said they don’t get Grizzlies in this area of the park, they only roam the far wilderness areas, she said any bears we see round here will be black bears regardless of their colour, so that was good to know. 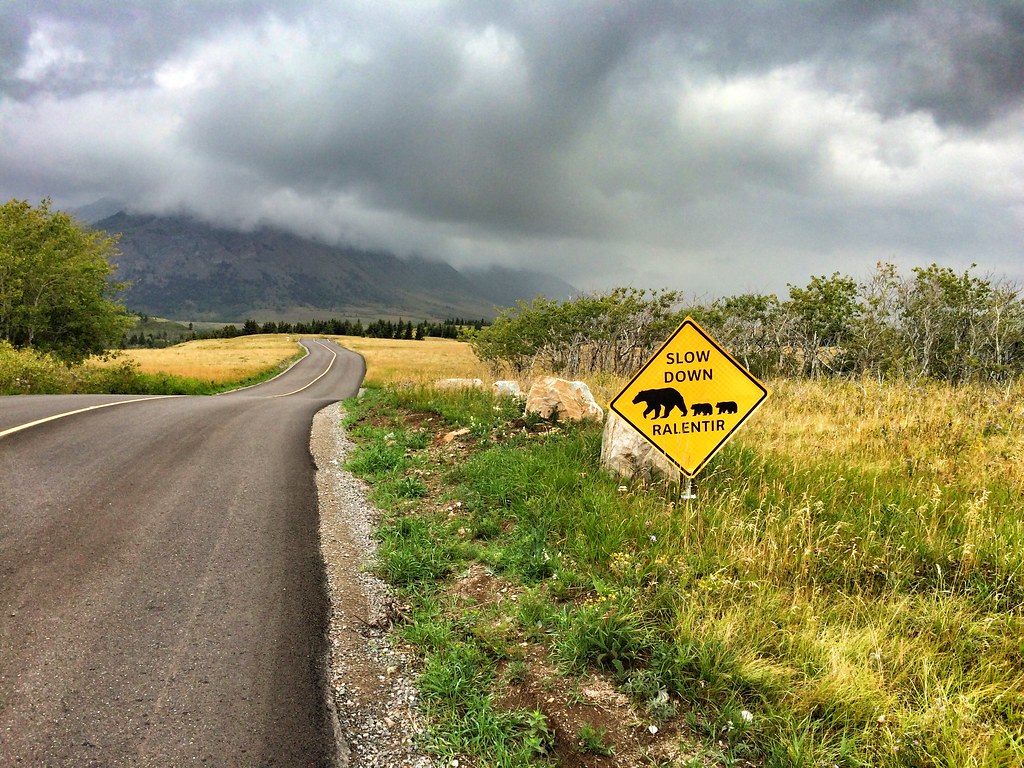 The bears vanished into the bushes and we set off for less than a kilometre and stopped behind another line up of cars. Bears are very fast walkers so we presumed the Bears we’d just been watching had ran here but then I got a glimpse of them through the woods and it was a pure black mum with one cub! So it was two new bears and in very close proximity to the other ones, wowee what a successful drive. We continued to the end of the road and did the very short walk along the top of the red rock canyon. We didn’t really like the view from above so we ventured down into the colourful canyon. It was beautiful with pinkish rock walls curving and narrowing around us and crystal clear water trickling past our feet. What I loved about the canyon though was the variety of colours, from the dry pink walls the rocks turned a vibrant orange colour as the blue water spilt over them. There were patterns in the rocks and multicoloured pebbles under the water. I think rainbow canyon is a much more applicable name than red canyon. 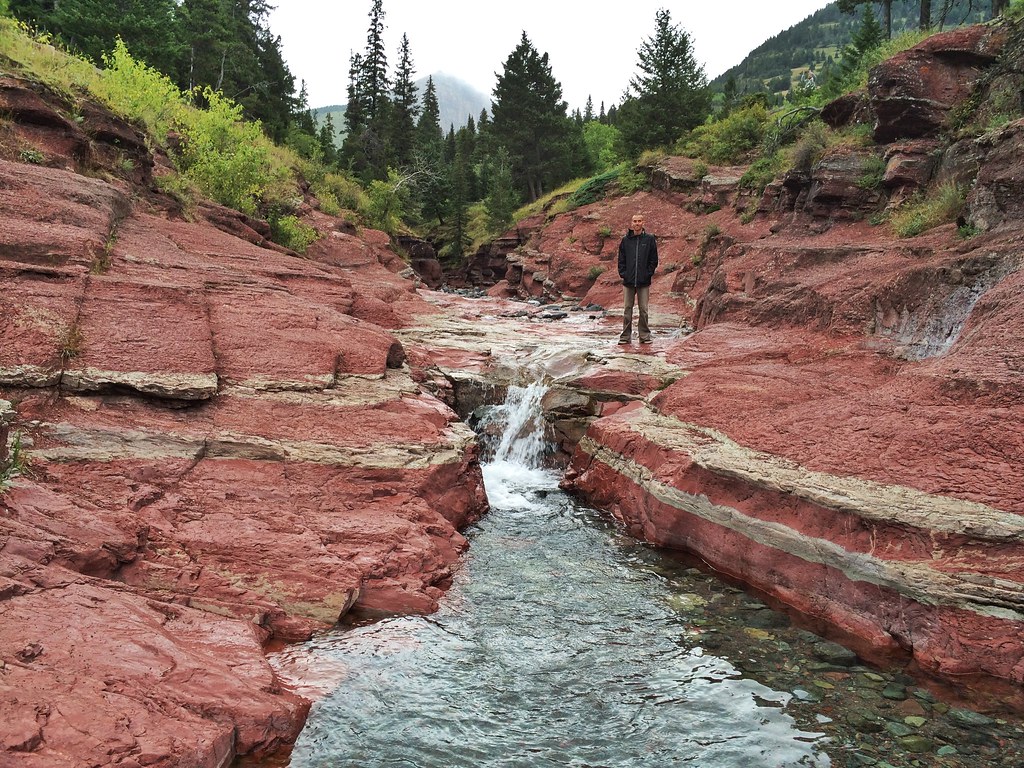 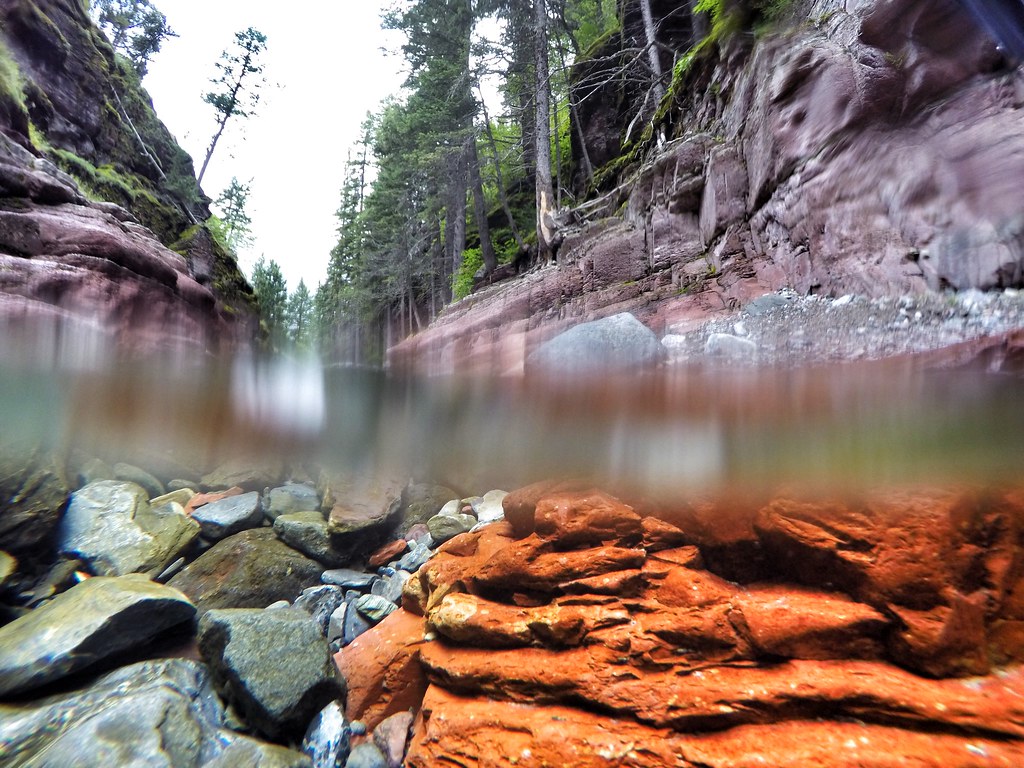 On our drive out we spotted another bear on the hillside, this time a large black male by the looks of his size. We headed into Waterton Town as it was pouring with rain and killed some time on wifi. After seeing 6 bears already along the red rock road we decided to go back there to cook dinner and see if any more bears showed up. 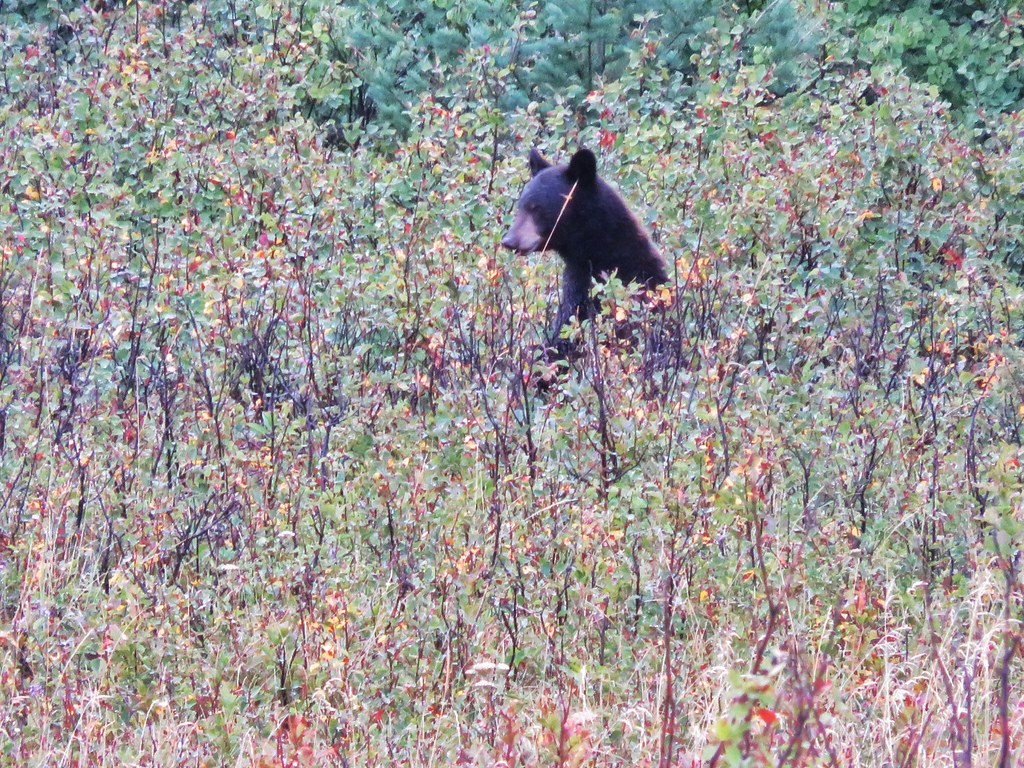 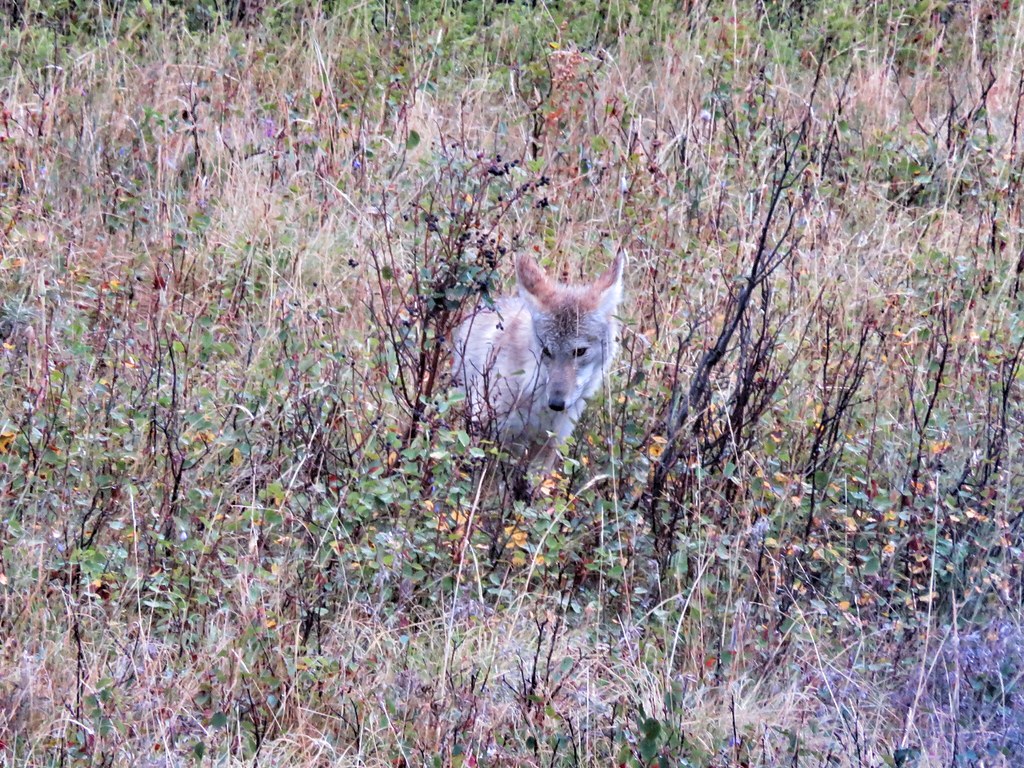 The hills were alive and we saw a mum and two cubs almost instantly, possibly the same ones as earlier. We couldn’t relax and eat our curry as we were worried we’d miss a bear encounter. At one point I looked up and saw a bear and frantically told Craig in the back of the van. I was zoomed in with our camera and watched the bear walk down the hillside when Craig said excitedly that the bear was standing…at which point we had a debate, “no she’s not” “yes she is…” This went on a while but then I remembered Craig has great eye sight, he couldn’t mistake a standing bear for a walking bear so I zoomed out and saw another bear!! “I see it Craig!!! It’s another bear…but it’s not standing!” And it happened again “yes he is…” So I zoomed out again….and we had yet another bear. So what we were looking at was a lone bear in the bush staring up the hill at a mum and cub, and it was in fact the cub who was standing. The lone bear ran off into the bushes and the mum and cub headed the opposite way. Just as I was about to take another mouthful of dinner a coyote appeared and started eating berries in the bushes by us. The lone bear eventually crossed the road ahead and had quite a few cars watching him. I’ll take cold curry over a bear encounter any day! 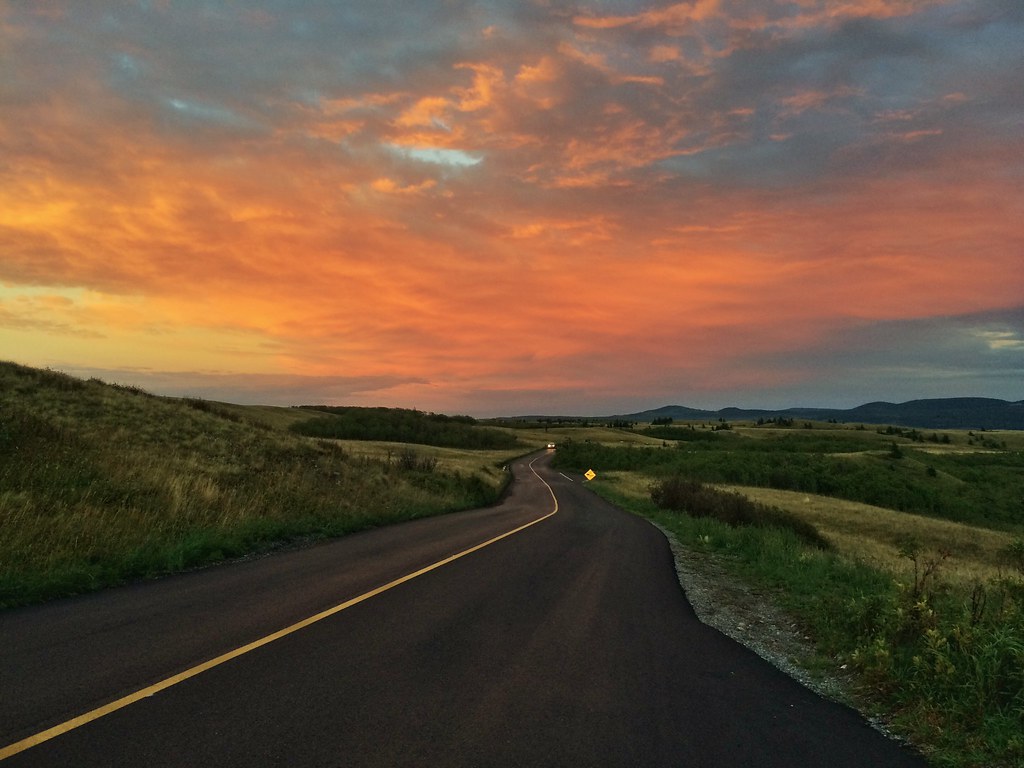 The rain finally eased and the sun came out before setting and creating a beautiful pink sky. We set off and pulled up again to take a photo of the sunset. As I went back into Daphne I saw a bear in the grass 50m behind me. I figured it was the one who crossed the road and we turned back to get a closer look but the sun was too low for any photos. As we drove up the road to the next place to turn around we saw the original bear that had crossed the road was still there eating berries, and as we turned around a new bear came down the hill. We were both in shock! We’d seen 15 Bears in one day and couldn’t quite believe it. What an incredible location to admire Bears from. They were all fairly far away and the rain and low sun meant very few photos were taken but it was very exciting just watching them like a live documentary.