The northern rockies are very similar to their southern cousins, they have impressive mountains, dense forests and idyllic lakes. Ok so their not quite as dramatic as Banff and Jaspers scenery but what’s great about the north is it doesn’t have the tourists. It’s delightful! In fact we haven’t seen any tour buses the past week while driving from Watson Lake to Fort Nelson. There’s been no villages along the way, well, a lone lodge or campground doesn’t count as a village to me but clearly it does on a map or to the postman. It’s truly wild and feels so remote yet the main Alcan highway linking Alaska and Canada runs right through it. 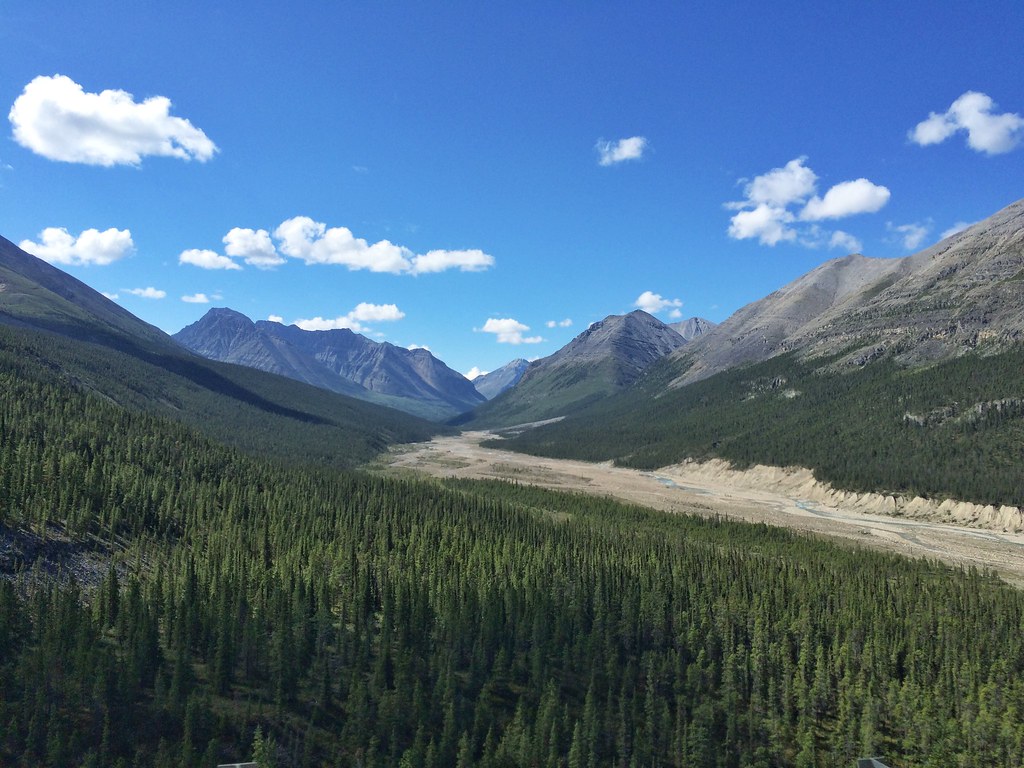 The wildlife has been awesome with 6 bear encounters, 7 bison and lots of stone sheep right on the road. We’ve explored two Provincial Parks; Muncho Lake and Stone Mountain, both of which had stunning mountain vistas within the parks and on the drives between them. We’ve also had incredible weather, sweaty hikes and lake swims, just the way we like it! 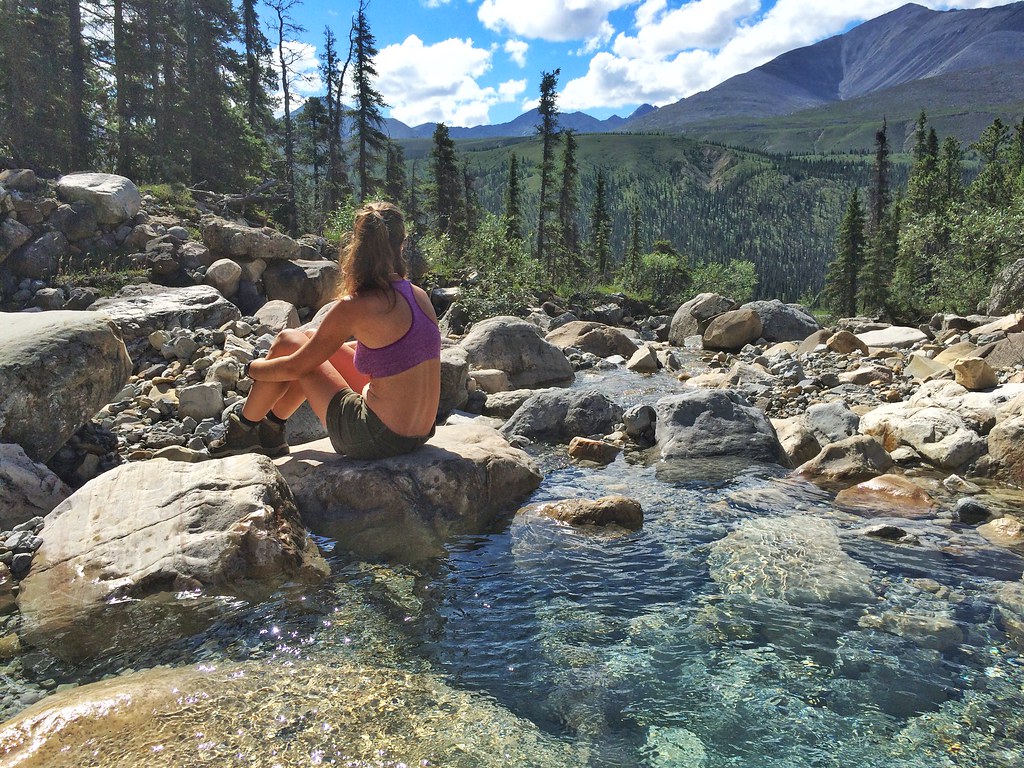 The Stone Mountain Provincial Park had an amazing valley upon entry which led up to Summit Lake, the highest pass along the Alcan at around 4000ft. We based ourselves around the park and set out on some beautiful hikes. There were a few people on the trails around this area but I could still count them on just one hand. We attempted an impromptu hike up Summit Peak which followed a stunning creak. It tumbled down rocks and fell down them into pristine pools that looked very inviting. The water was as clear as gin and the bleached rocks glistened beneath the water…sadly it was like gin served on a full glass of ice and far too cold for a dip. It was quite a slog up hill to the first viewpoint which was already a good chunk up the rocky mountain. We followed cairns along the way but it was so hot (who’d of thought it eh?) and we were happy with the view we had so we climbed back down. 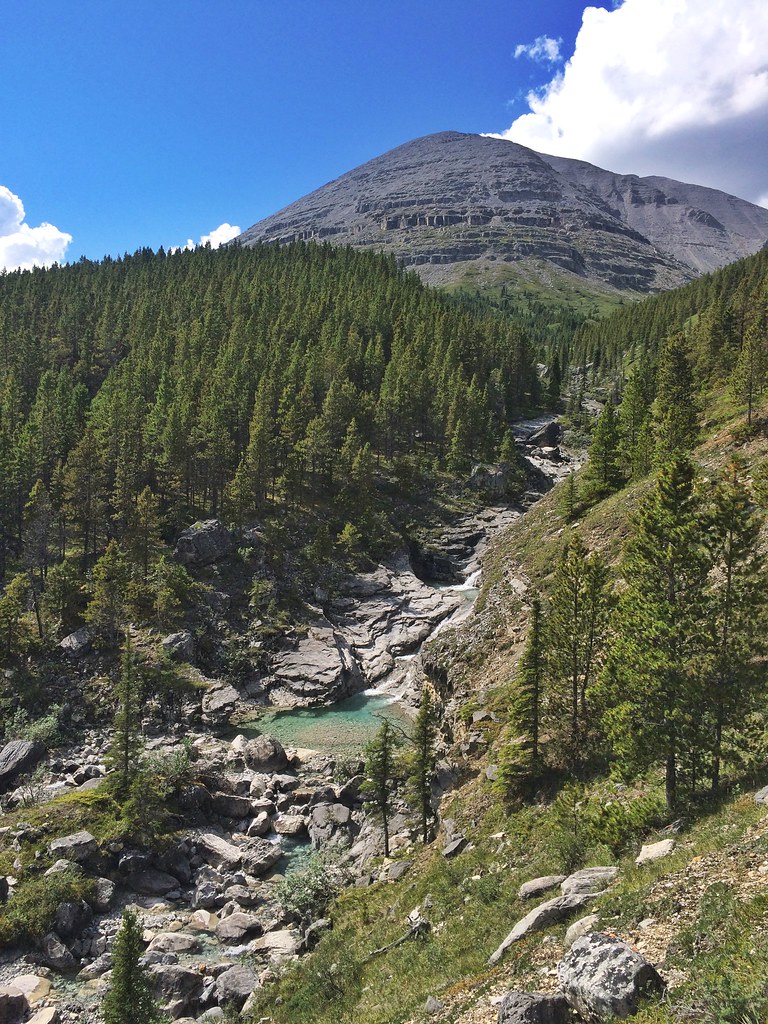 We camped by a sweet little lake which was much warmer than summit lake and had a refreshing dip in the waters. Nearby was the trail up to the Erosion Pillars, what an anticlimactic name for a trail; it was supposed to be impressive hoodoos but there were only three of them. When we hiked through a canyon the other day there was no mention of hoodoos yet we passed dozens. We wandered up and around the biggest hoodoo till we were above it which was cool but still, a rather pathetic show. Luckily the mountains were impressive and living up to the parks name being pure stone peaks. 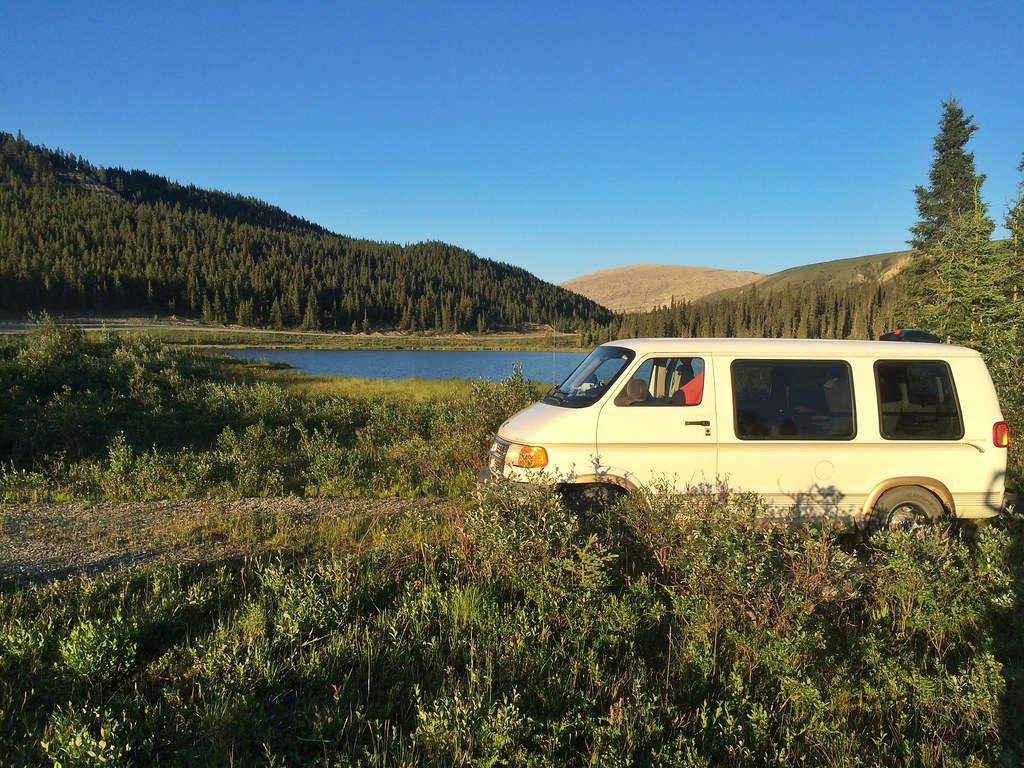 Our last trail in the park was the Flower Spring Lake which began up a dirt road full of butterflies. I guess the road was salty as they all congregated and were getting some sort of minerals, no idea what interest they had in the lump of poo which they happily landed on though, I’ll never look at a butterfly in the same way again. The trail eventually branched off and went up and down arctic tundra where a meter below the surface it remains frozen year round, hard to believe in the hot weather we were having. The lake itself was very beautiful, clear, turquoise and surrounded on three sides by dramatic peaks. Sadly the sun was in a terrible location for photos but the walk back offered very picturesque views that reminded us of the Austrian Alps, with bright green tundra instead of pastures and the jingle of bear bells instead of cow bells.

We were sad to leave the area as we knew the Alcan headed downhill and out of the Rockies for a while. We certainly didn’t expect to see any wildlife once leaving the provincial parks and mountains but to our amazement we saw three more black bears! All of them were very quick encounters, little look and they were back in the woods, the last encounter was particularly speedy! Just 10 miles from Fort Nelson Craig slammed on the brakes and I looked up to see a black bear charging across the road infront of us. Thankfully we didn’t hit him but if Craig didn’t have such quick reactions it could of been another story. Who’d of thought we’d be breaking for Bears along a highway! The past week has been a true highlight of our trip with so much wildlife and stunning scenery.