The Denali Highway can barely be called a highway, it’s 135 miles of dirt road, traffic is light and it’s completely closed for half the year when it’s snow covered and caribou herds migrate past it. It’s a true wilderness road and sounded perfect for us, except the ‘dirt road’ issue. Daphne really hates dirt roads. We did some research into the condition and it stated specifically that it was a gravel road not mud, which was a shame as she’s fine on mud. In the end we figured we might as well drive a bit of the road and turn back when it becomes too rough, any drive we do like this we don’t see as a waste of gas, there’s always a chance we might see wildlife so it’s totally worth it. In this case we didn’t see any wildlife but the scenery was amazing. 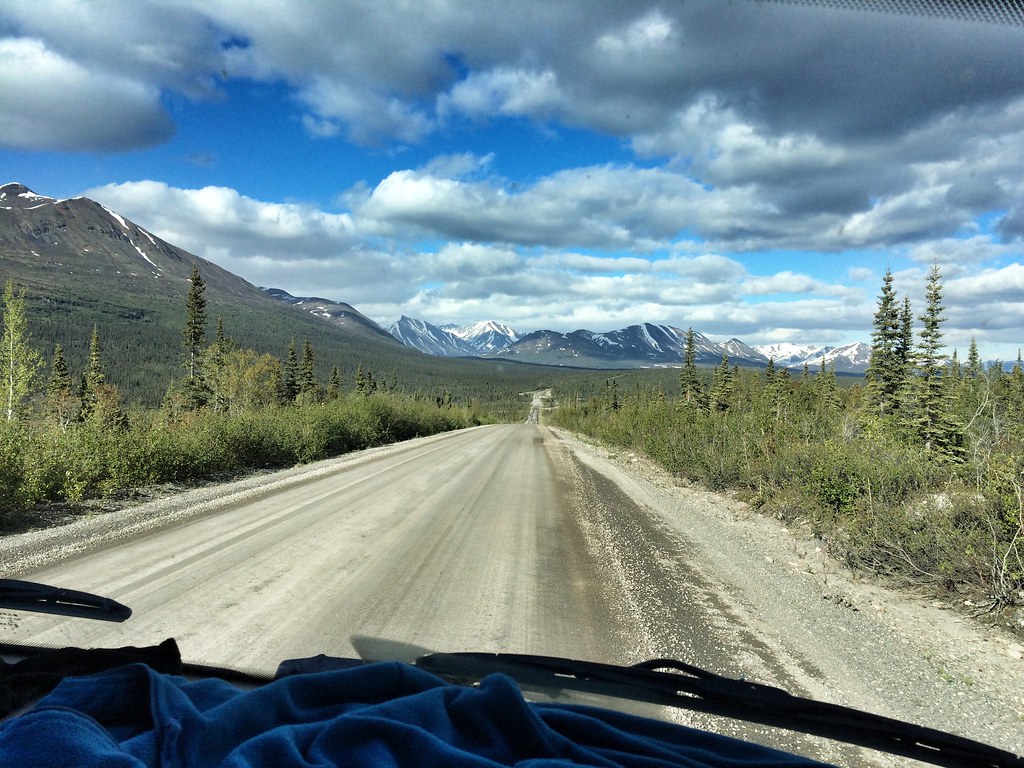 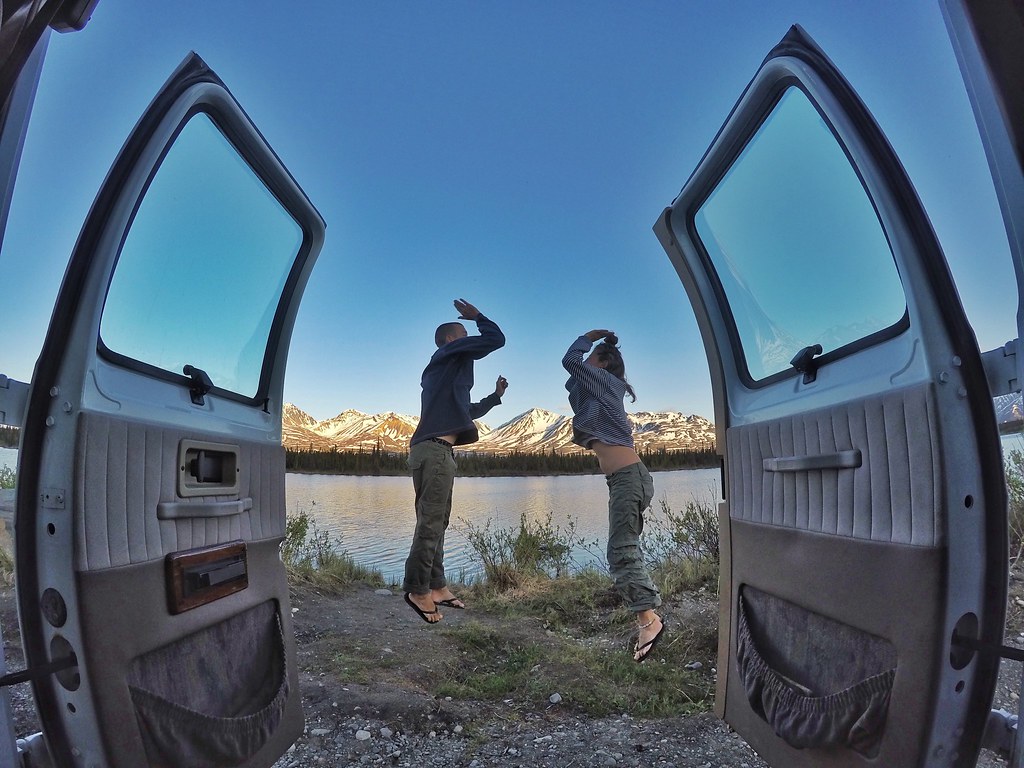 Hardly anyone was on the road and we were actually a bit pissed off that the road was good-condition mud, so we could of driven the damn thing! But to be fair we only drove 10 miles of it at a very snail-like pace, what’s to say it doesn’t turn to shit halfway through. There were so many beautiful spots to pull over and camp for the night so we opted for a stunning location beside a lake with snowy peaks reflecting in the water – another favourite camp spot on our travels. Craig made a mini fire so we could toast some marshmallows and then got ready for bed…but it was so bright outside! We’re almost reaching the midnight sun, but even though the sun is still setting, there’s no darkness, the sky just loses its blue colour and goes almost white, and then the oranges and pinks rise with a new days sun, just a few hours after. 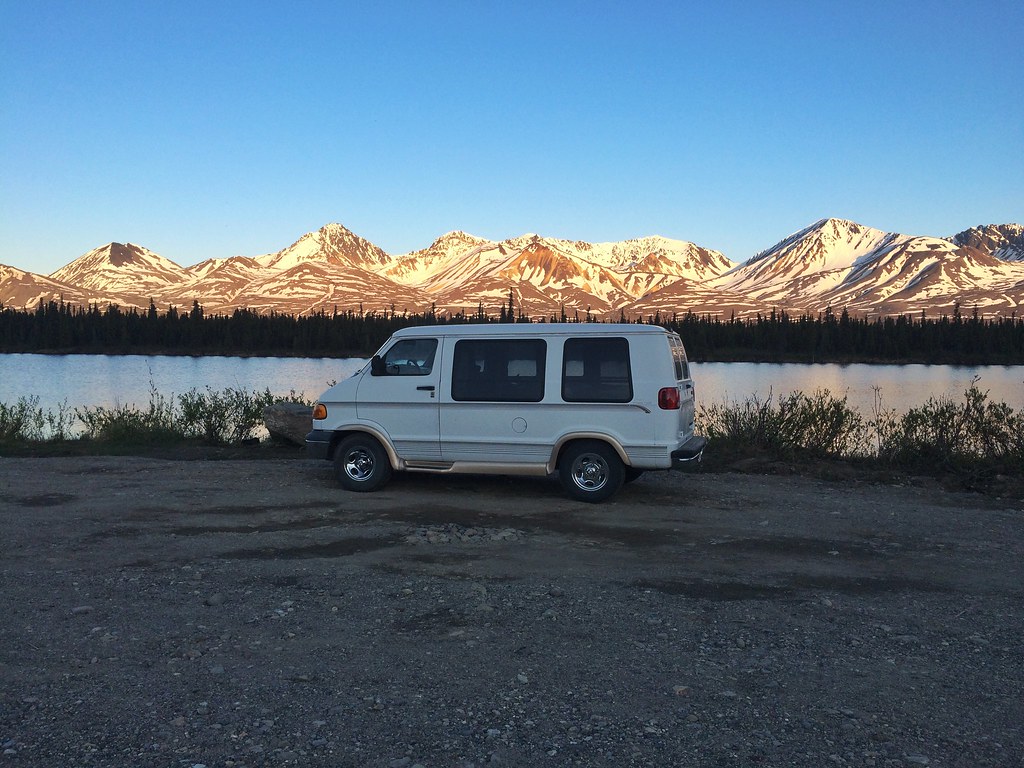 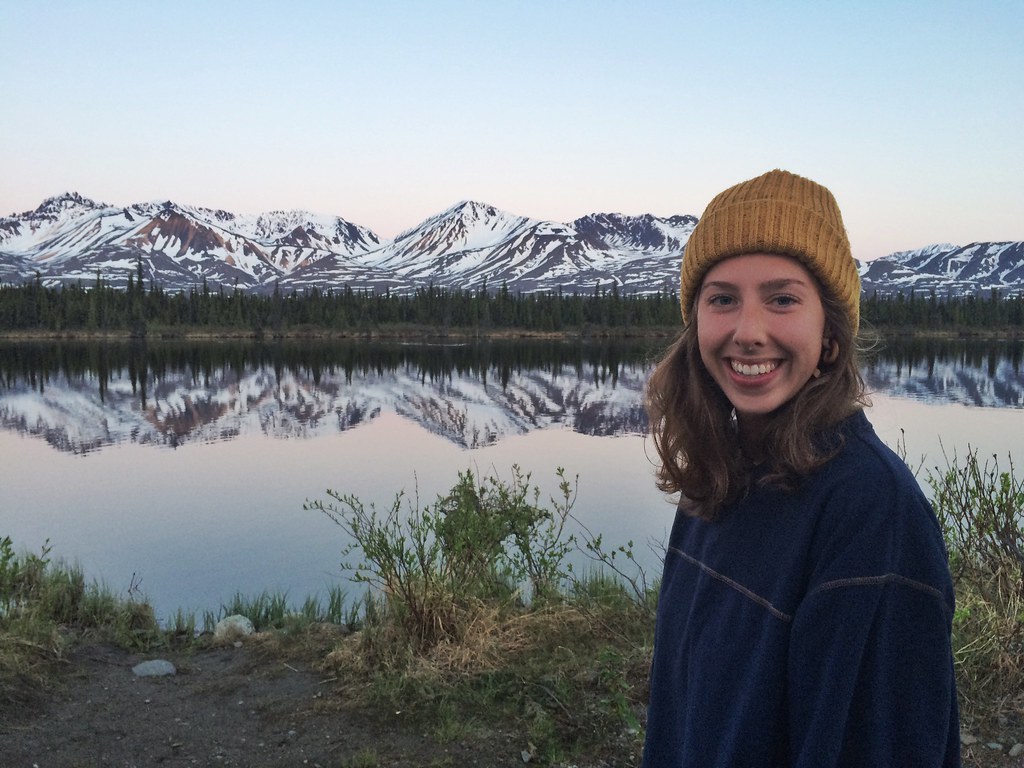 The next day we decided the road was quiet enough for me to try driving an automatic. I only passed my test last year so haven’t had any practice since then but Daphne was so easy to drive and Craig was relieved that I can now drive if ever we have an emergency and he can’t. To be fair so am I! We passed one lone moose on the drive out and headed straight for Mount Denali, another day with crisp views of the peak, we are truly breaking the odds in Alaska. 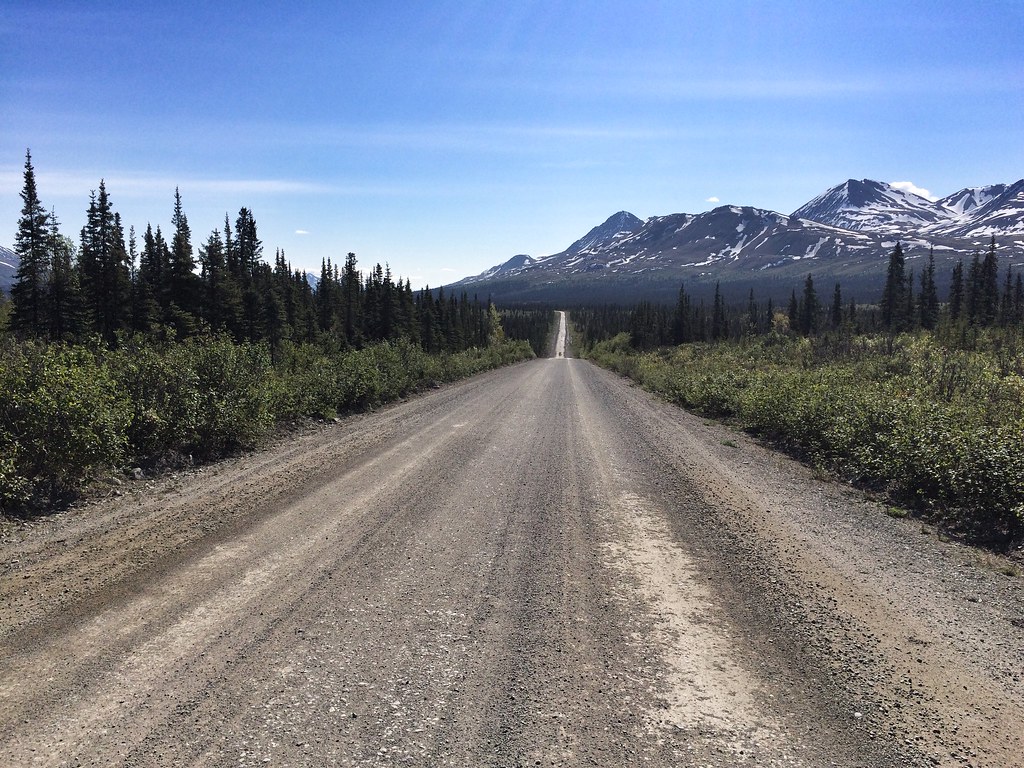 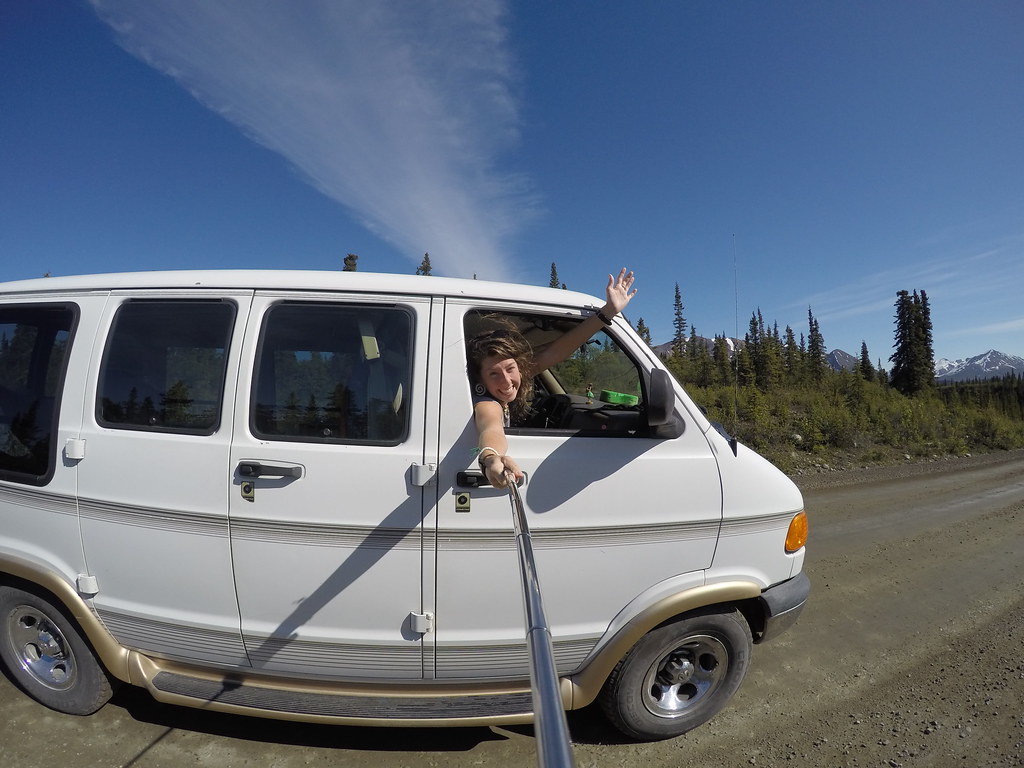 Back on the Parks highway we passed a bizarre blip on the map named Igloo. It consisted of a giant construction of an igloo with windows and a vandalised door and to its left was a very retro looking gas station which was out of gas. The area was surrounded by RV’s though as if it’s like a caravan community? We didn’t understand the place. Further along we reached Broad Pass where we cruised along a huge plateau with 360 degree mountains views. Denali National park, we’re coming for ya! 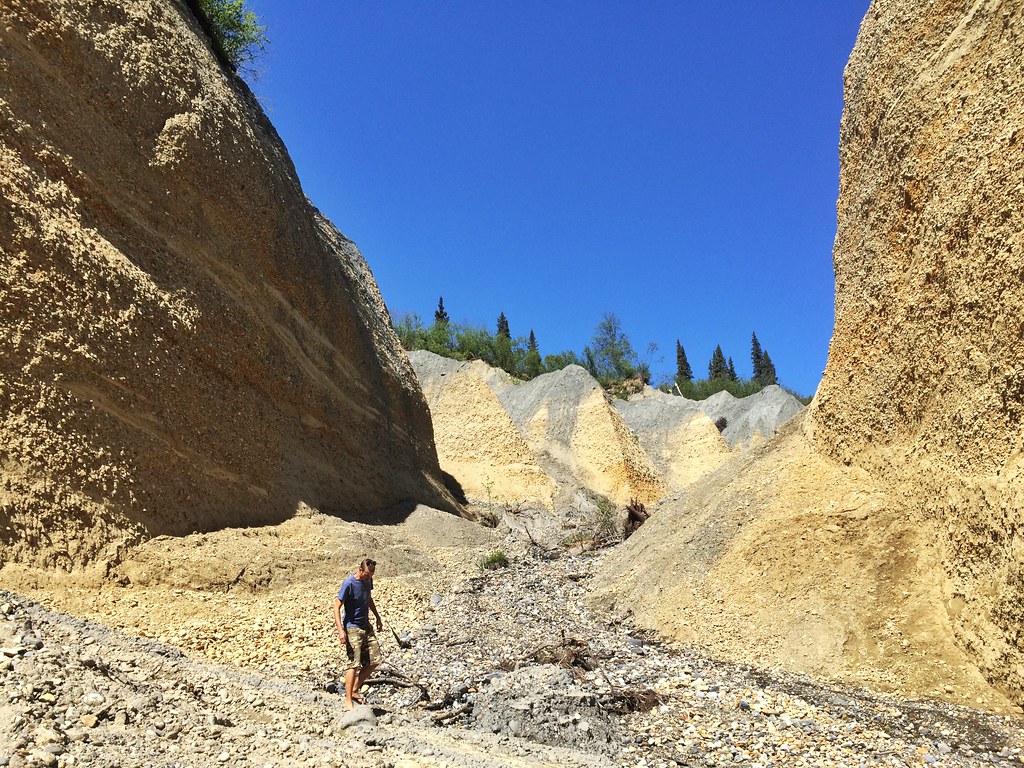 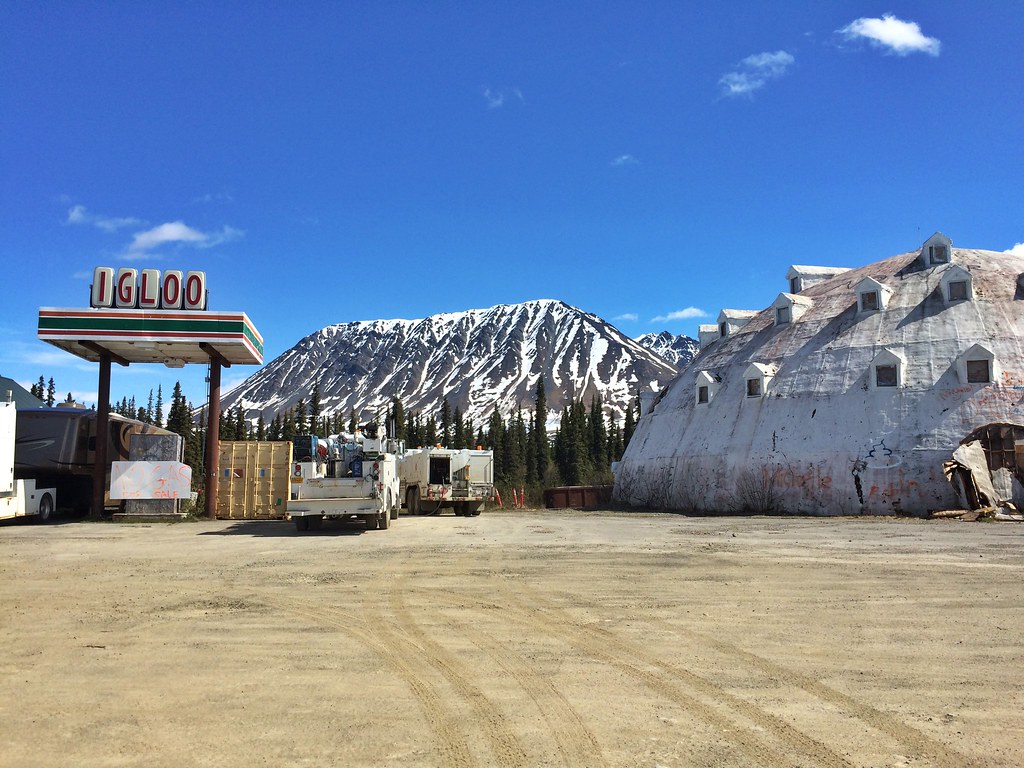 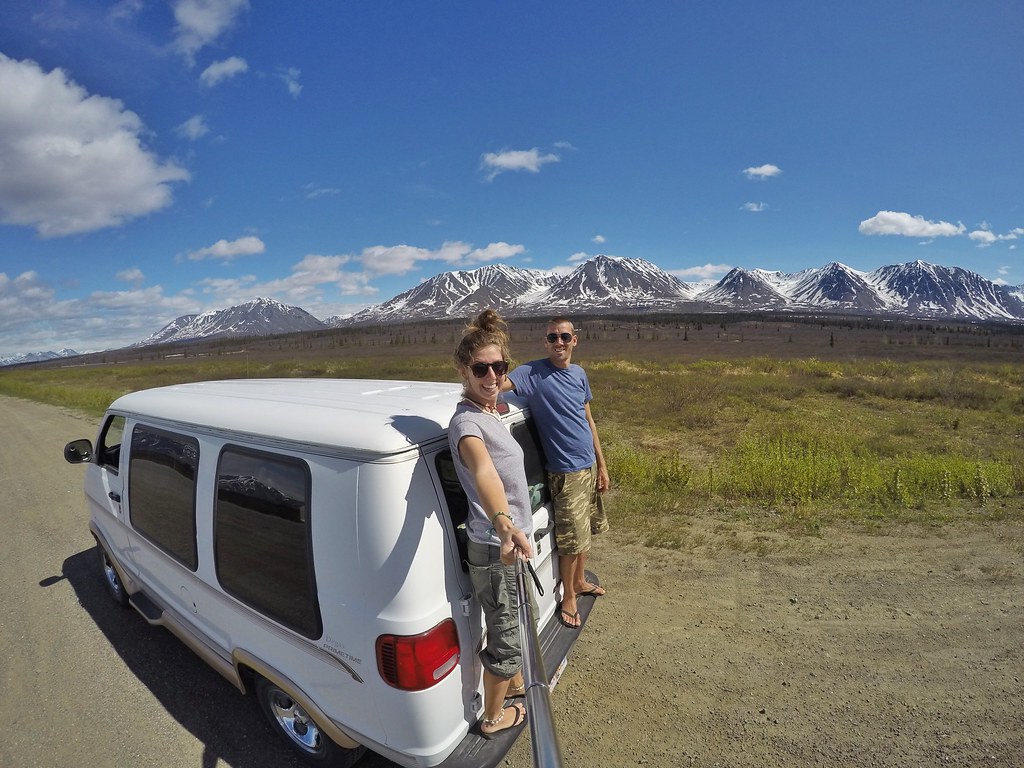