The Parks Highway headed through dense forest and our mountain vistas vanished. We were surrounded by trees and lakes, smack bang in Alaska’s lake country. Some lakes were clear and inviting while others looked like mother natures tea; heavily brewed with fallen leaves. We checked out the tourist village of Talkeetna where the main road was lined with gift shops and eateries. The buildings were very cute though and were either old log cabins or clapboard buildings built between 1916 and 1940. The town is supposed to have amazing views of Mount Denali but we didn’t even know which mountain was which. Clouds covered the peaks but it was still a far cry from Lonely Planet’s description; ‘Talkeetna sits beneath the savage shadow of Mount McKinley’ it might be the staging point for Denali summit climbs but the mountain was so far away there would be no chance of a shadow remotely creeping towards Talkeetna. 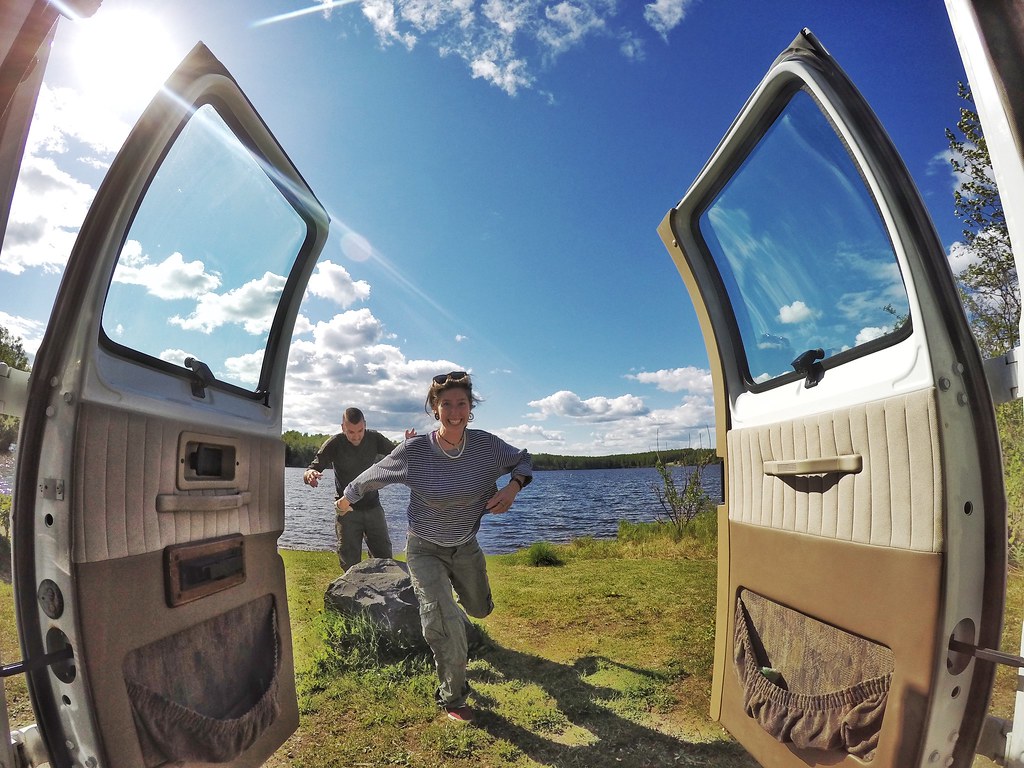 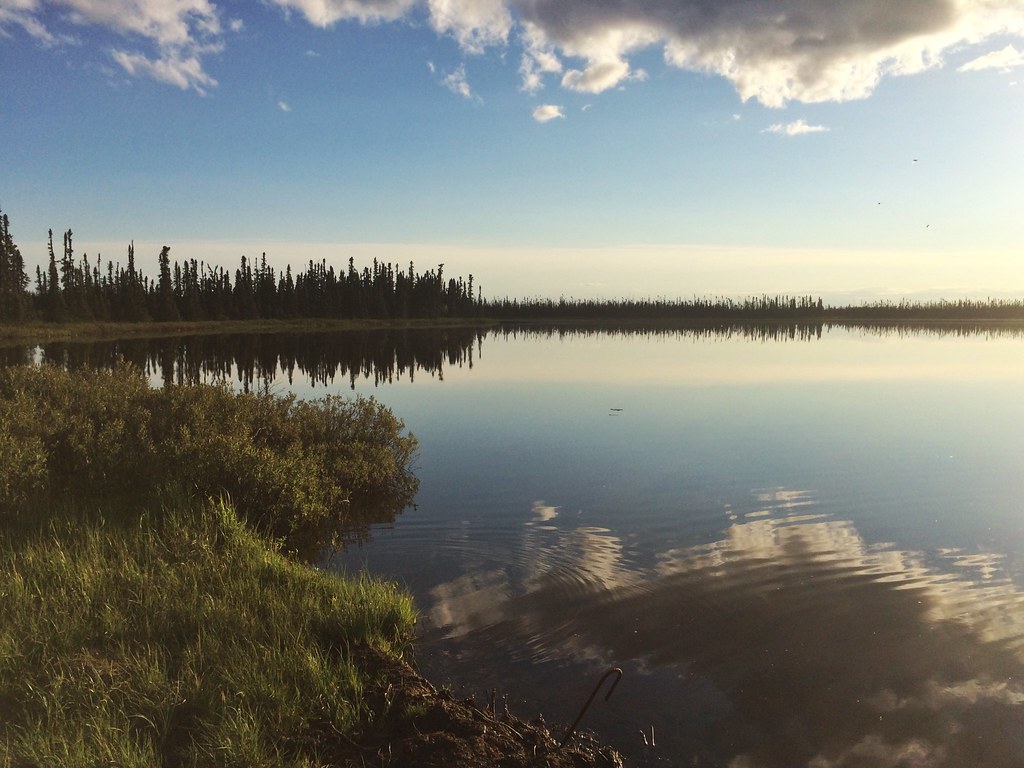 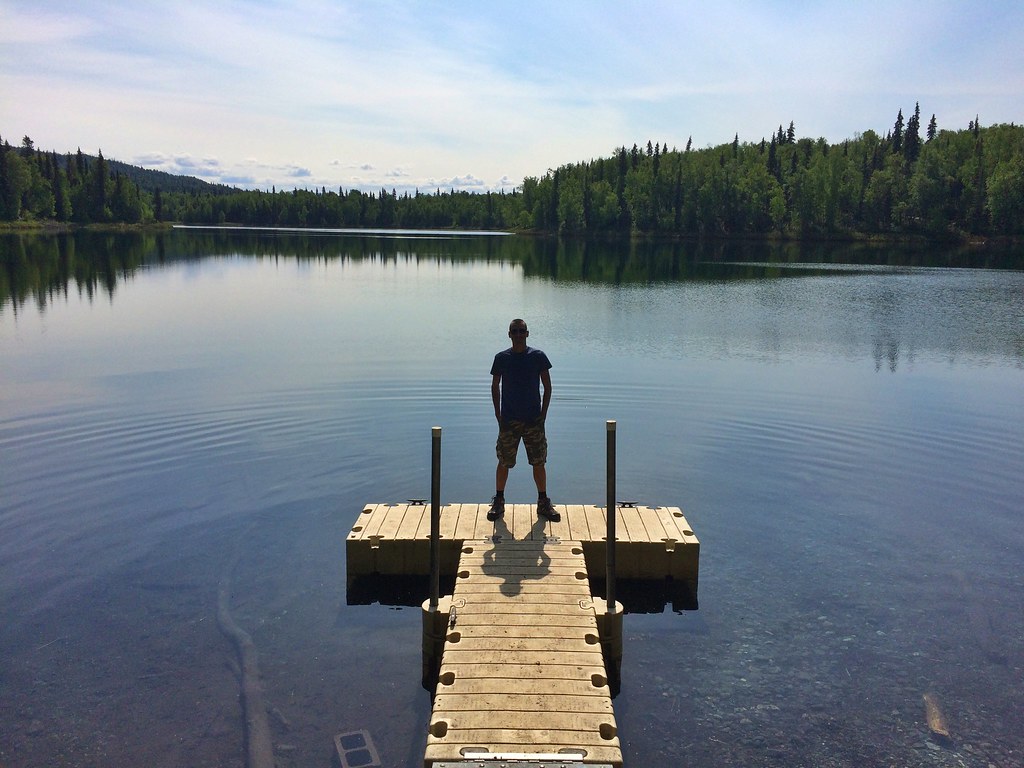 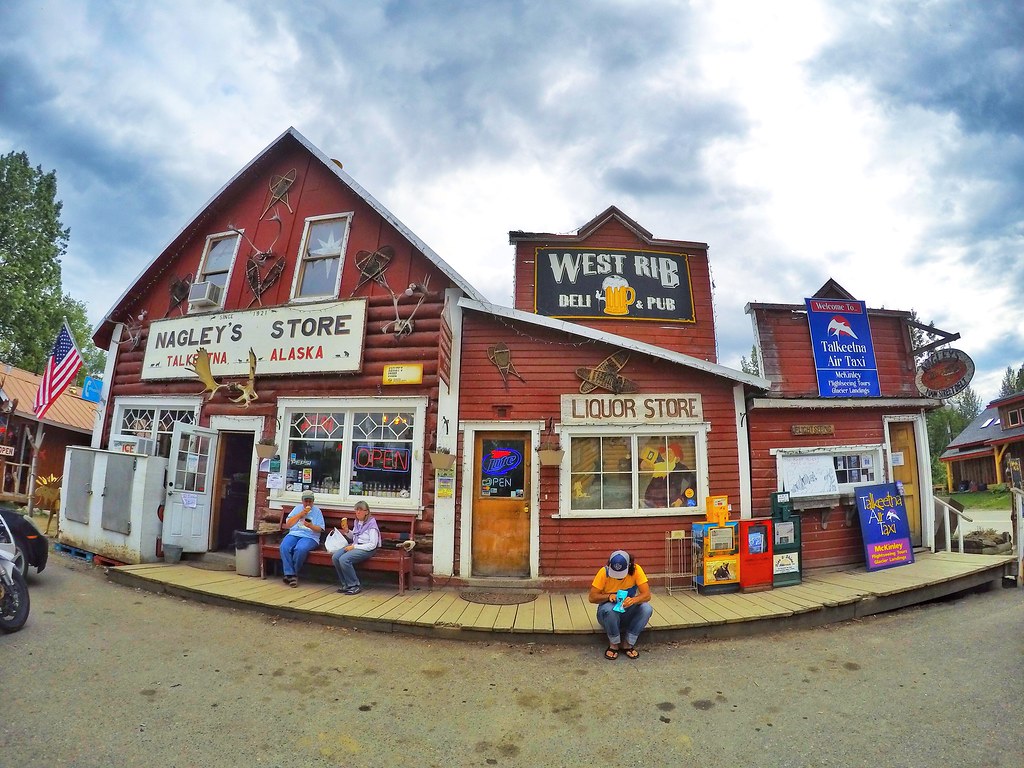 As we drove north the Alaskan Range kept revealing itself when we went over hills. We soon passed through Denali State Park where we could stop and do hikes wherever we pleased. The first of which was at Byers Lake where a loop walk led 5 miles around the circumference of the lake. There were no signs telling us that the suspension bridge had been totally wiped out so we were confronted with danger tape and quite the mess of a remaining bridge clinging on like a loose tooth. 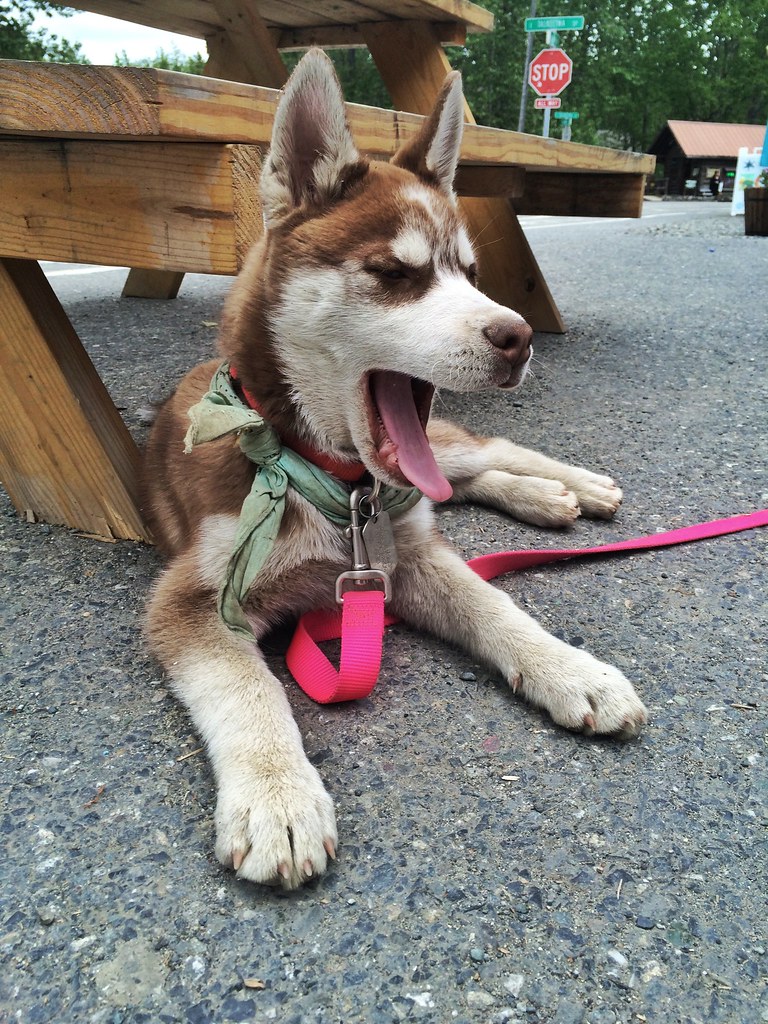 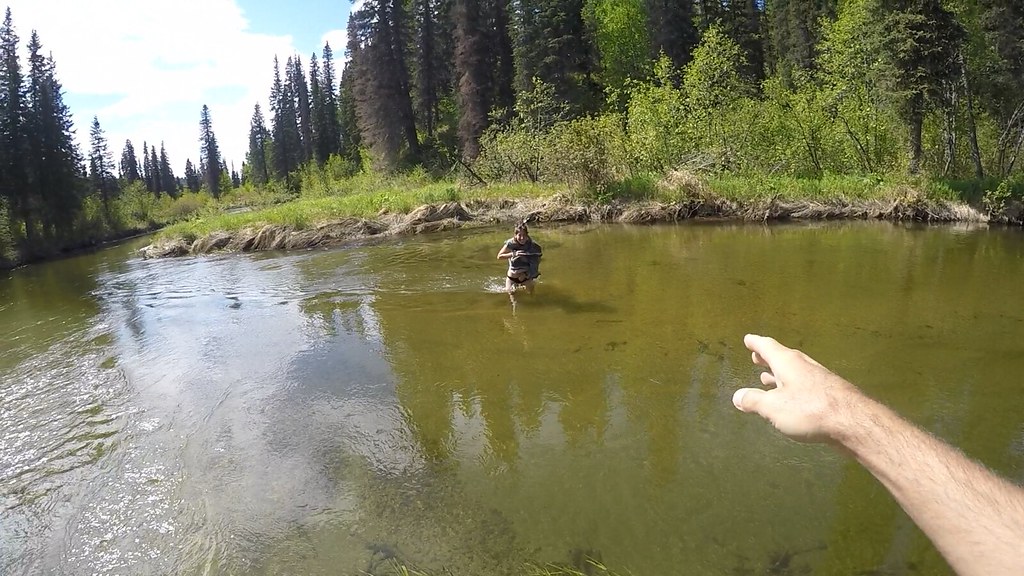 If we wanted to see the rest of the lake the 5 mile loop would become a 10 mile slog traversing the same route back and forth. We decided to see if we could find another area upstream to cross the river. Craig actually wandered off to check it out while I waited in one spot occasionally shouting to check he was still safe. He called back to say he’d found a route across, so I asked how deep the water was and got a response that gradually faded in volume “knees…. about knee level…just above knees…up the thigh…” So I trudged along to find him across the river with his shorts rolled up to y-front size and then he said “it’s sort of crutch level…” Brilliant. So I gave it a go, removing my boots and tying the laces together so I could wrap them round my neck along with my trousers. The water was clear and not too cold, but cold enough. Craig warned me not to stand in one spot for too long or the gravel would sink below my feet so I speed walked across and I still ended up sinking at every step. The current was surprisingly strong and Craig just kept repeating “go right, GO RIGHT!” which was impossible and my crutch was soon submerged in the water. As I got a hand up the river bank mud squelched between my toes, it was bloody horrible. We just had two smaller streams to cross but the water flowing from them was ice cold. It felt like my feet were burning as I waited for Craig to find a route up the bank. We made it though and could enjoy the rest of the loop hike which skirted alongside the pretty lake with views of Denali in the distance. As we’d successfully waded through the river and were hot and sweaty after the hike I suggested a swim in the lake. Craig wasn’t exactly sold on the idea but we both managed a very cold dip. It was like full-body brain freeze. The first of many lake dips for this trip. Hooray! 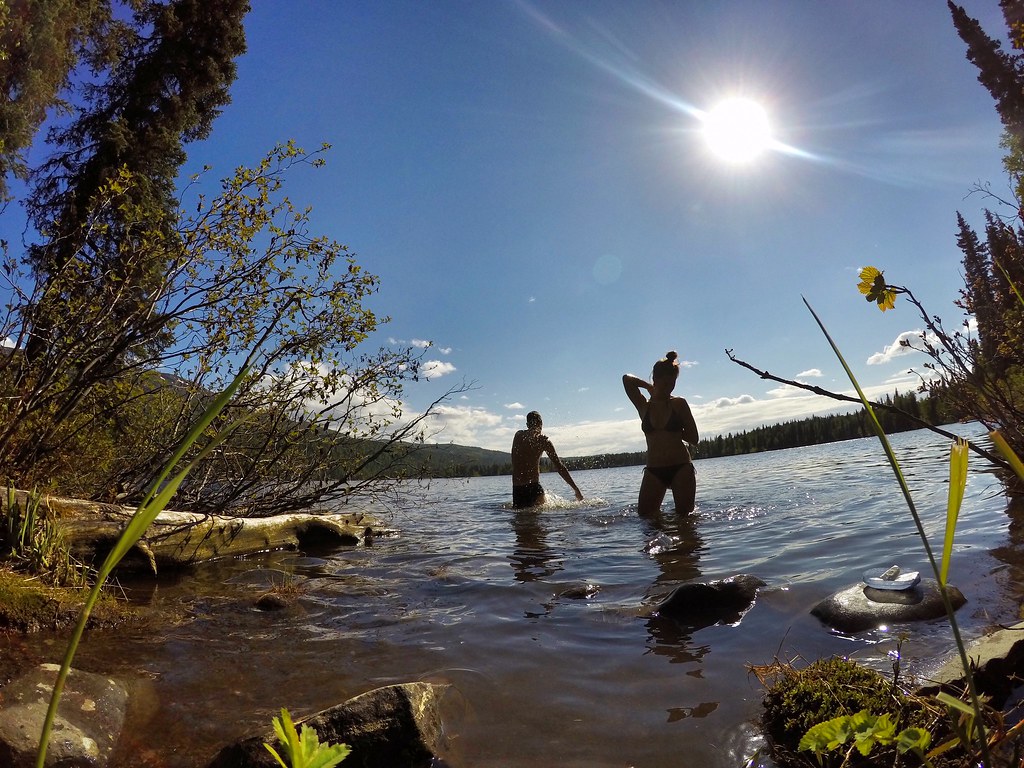 That evening the clouds had totally cleared around the peaks and Mount Denali was revealed. It was originally named Denali, meaning ‘the high one’, but it was changed to Mount McKinley and stayed like that for 100 years. Finally, last year the president changed it back to its Indian name of Denali. It was clearly the highest and biggest mountain around as it was totally caked in thick white snow and glaciers. 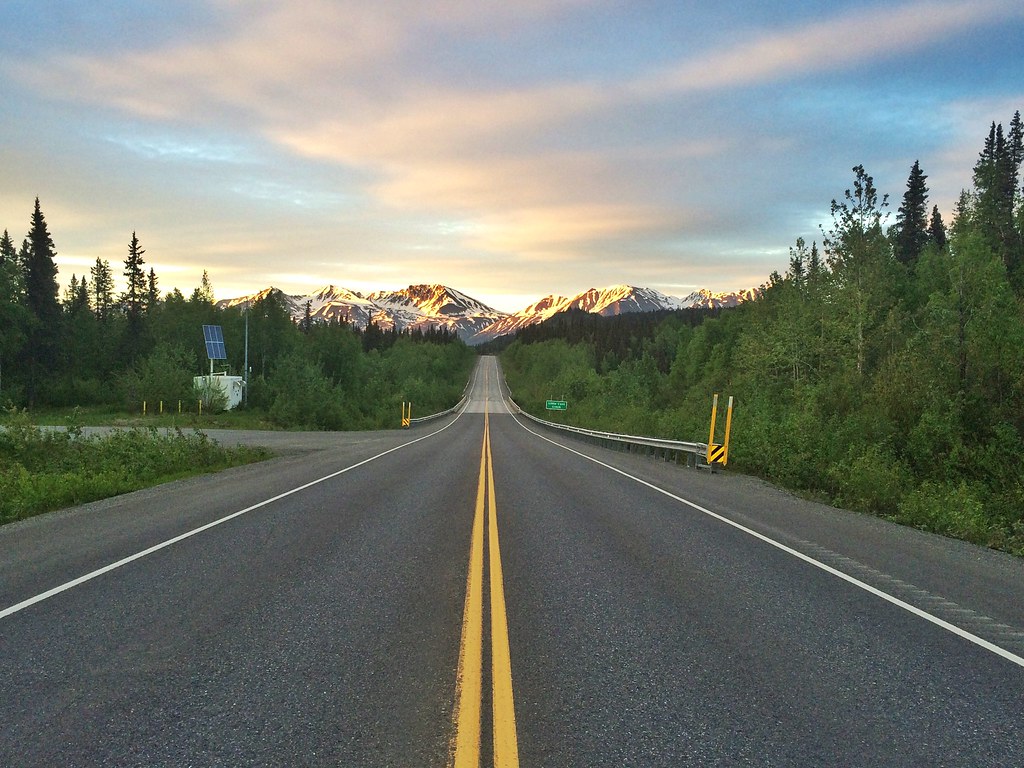 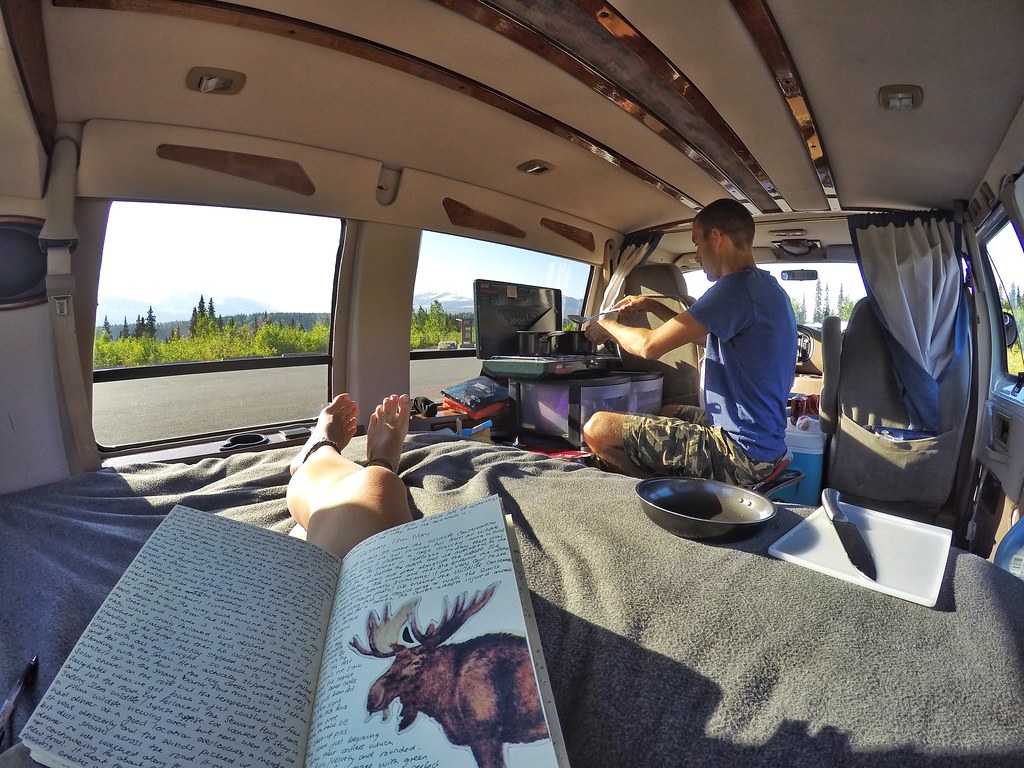 The next morning we woke to even better views as the sun was in the perfect position to admire North Americas highest peak. We had an absolutely stunning view for breakfast and continued the Denali theme with a hike up the Little Coal Creek Trail. This hike is said to have the best views of Denali…better than in Denali National Park. Due to the mountain being so high, 20,237ft to be precise, it has its own weather system so even on a clear day the mountain can be covered in cloud. They say you have a 30% chance of seeing the mountain but a 95% chance of seeing a grizzly in the National Park. Fingers crossed we have the same luck with the Bears. The trail led uphill through forest till it opened up in alpine country and revealed incredible views of the mountain range with snow cloaked Denali taking centre stage. It was an amazing view, but still very far away. 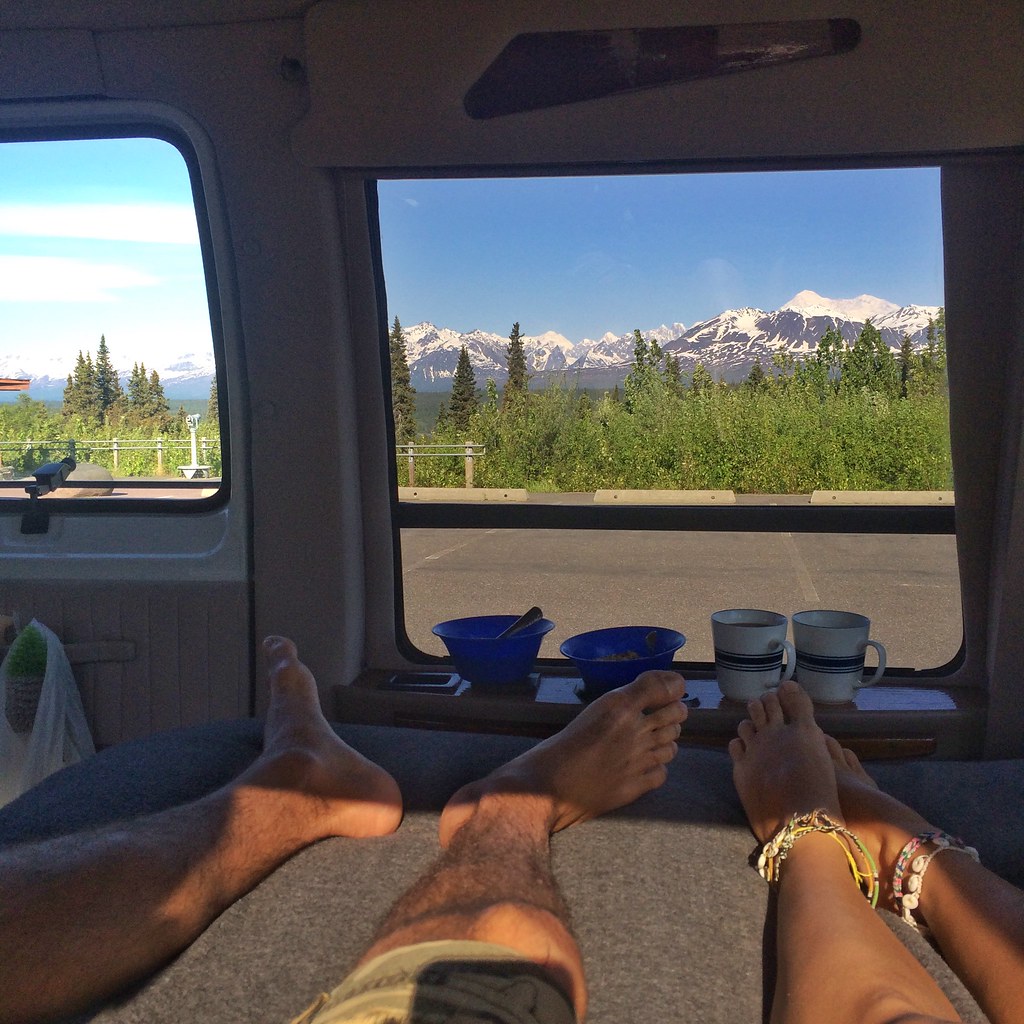 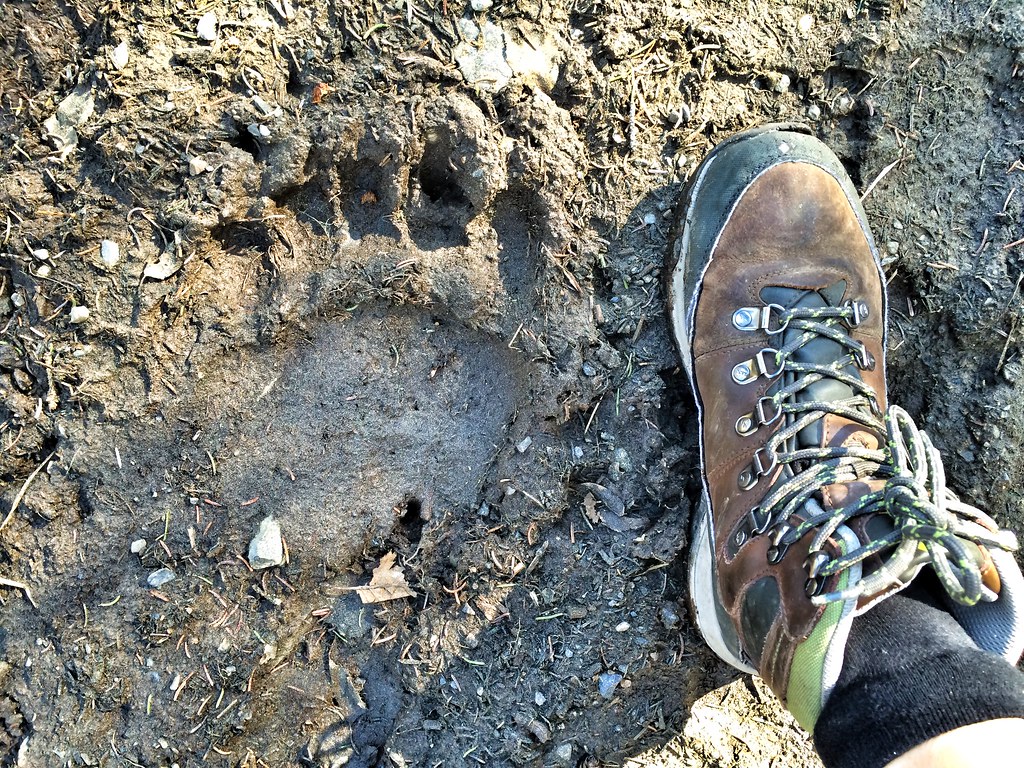 We passed a huge bear print