Craig and I have explored lots of cities around the world but we’ve never lost each other…that was until we visited Tokyo. We went to the Asakusa area and wandered around the shrines, I told Craig I wanted to take a quick photo so did it in seconds, continued through a gate and stopped to take another photo of a giant lantern. I was convinced I saw Craig walk ahead of me so I exited the gate and couldn’t see him anywhere. It didn’t help that he wears the most neutral colour clothes and it was another chilly day so he had his hood up.

We were both doing what children are taught to do; stand in the last place you saw them and wait for a parent to come and find you. So considering we didn’t have a parent to help us out here, we both waited and waited. I did laps around my vicinity but to no avail. Thankfully after 20 minutes Craig came through the gate and we were pretty angry with one another but then an old lady farted and we cracked up laughing and cheered up. We don’t have a phone to call each other on and we’re not in our local supermarket where they can put out a tannoy announcement so I hope that never happens again. 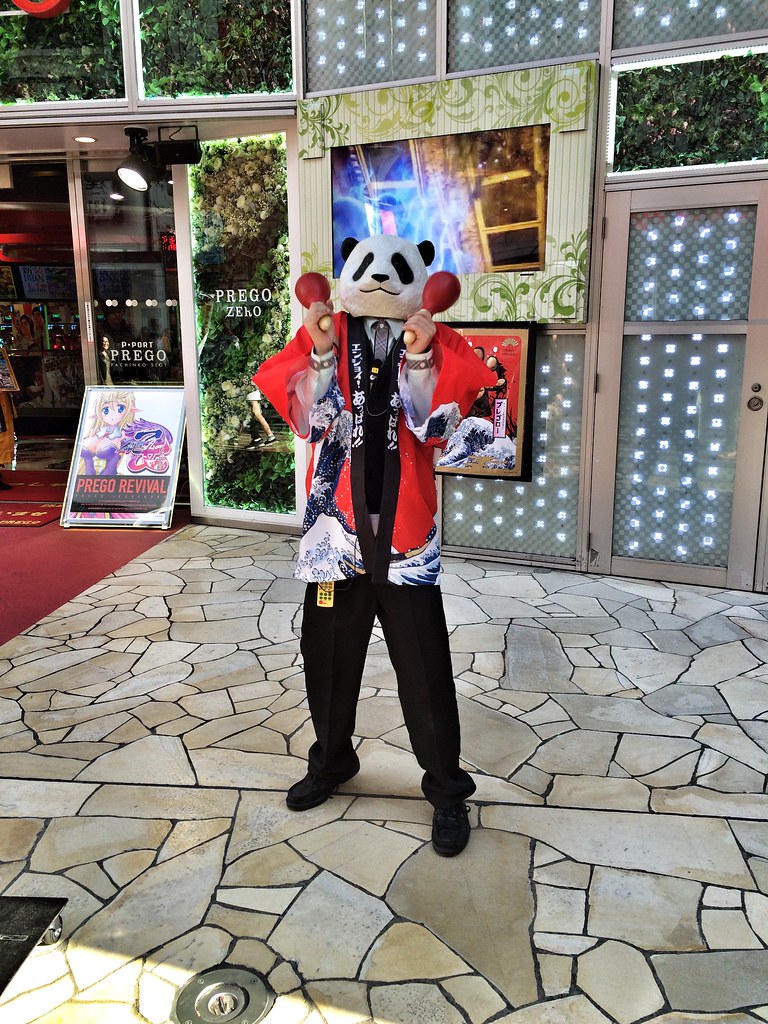 This lively chap brightened up our day We headed across the city to Ikebukuro where I’d read there were two cat cafes close by. The first one, Cat Cafe Nekorobi wasn’t exactly what I expected, it had no cafe vibe and looked more like a school class room with locals sat around in a circle for story time with a few cats milling around. I decided to not visit that one and headed to Cat Cafe Mocha instead and it was perfect. It looked brand new and was very sleek and trendy. It was only a small place with lovely wooden decor, curved sofas, big windows and most importantly lots of cats lounging around. It felt like a proper cat cafe. The only downside was that the drinks were from a vending machine so no good coffee but we were trying to keep our costs down so it was fine. The cats weren’t exactly hanging out with us, they kept themselves to themselves but we could stroke them. There were some funny flat faced ones, and a bizarre midget cat that was like a kitten with short legs and it looked like a feline dwarf. 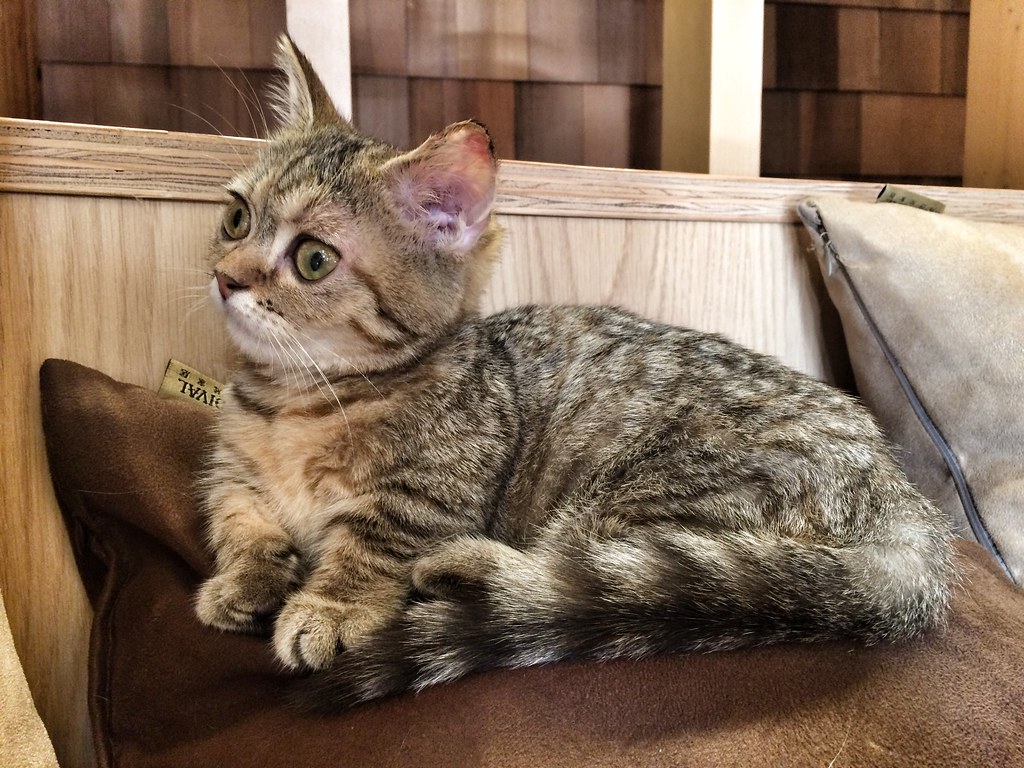 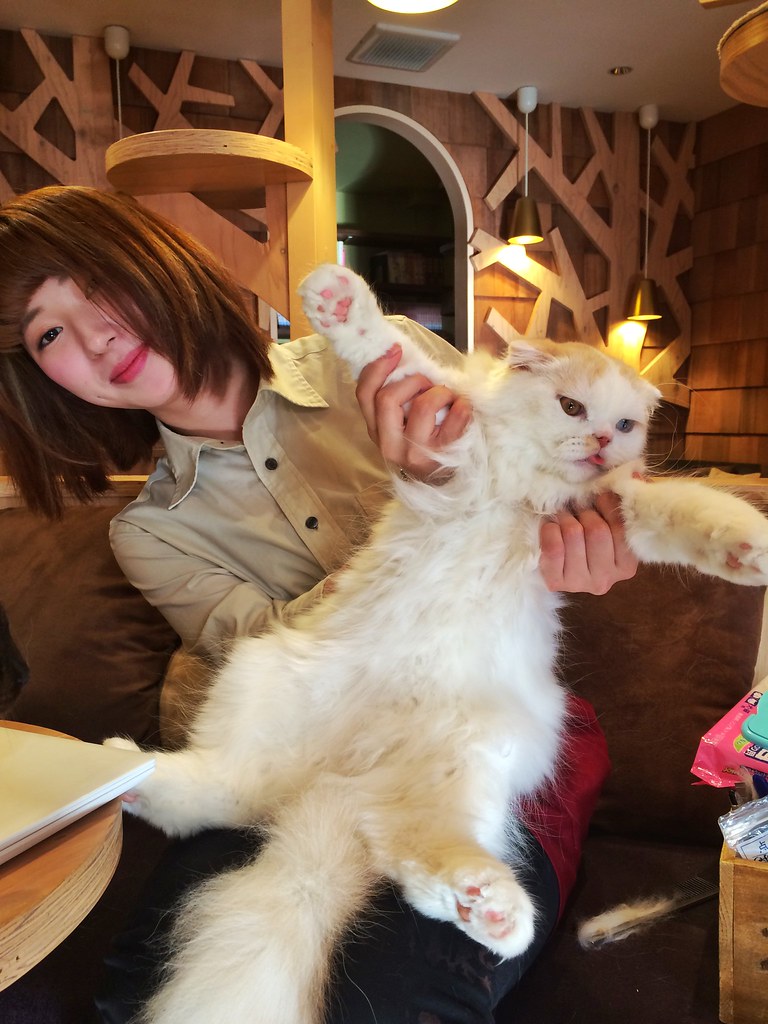 Our next stop was Shibuya, a popular shopping area of Tokyo. Time had flown by and it was now dark and temperatures had dropped even more. We battled through the bitterly cold wind to the Shibuya Crossing, a very famous intersection where hundreds of people cross at a time. It was pretty awesome and we’d cross one side, wait till the lights changed and go another direction. We even saw a wedding shoot taking place which was hilarious. They’d run out into the crowd and the groom would lift the bride while the photographer snapped them with fluorescent lights and people blurring in the background. 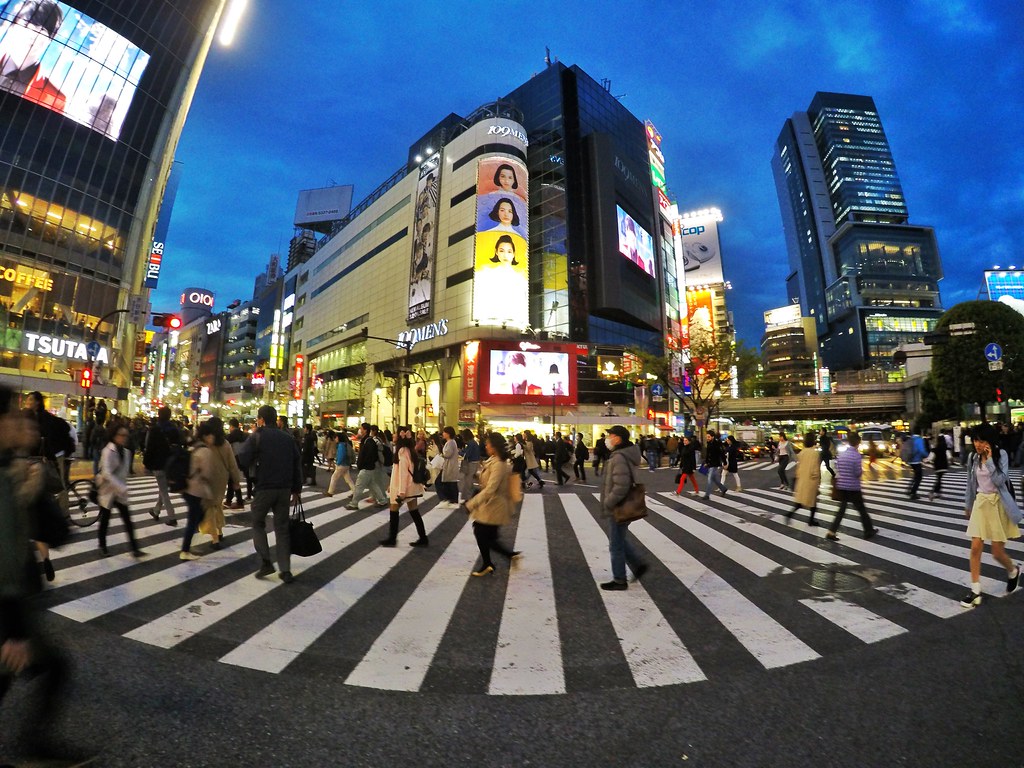 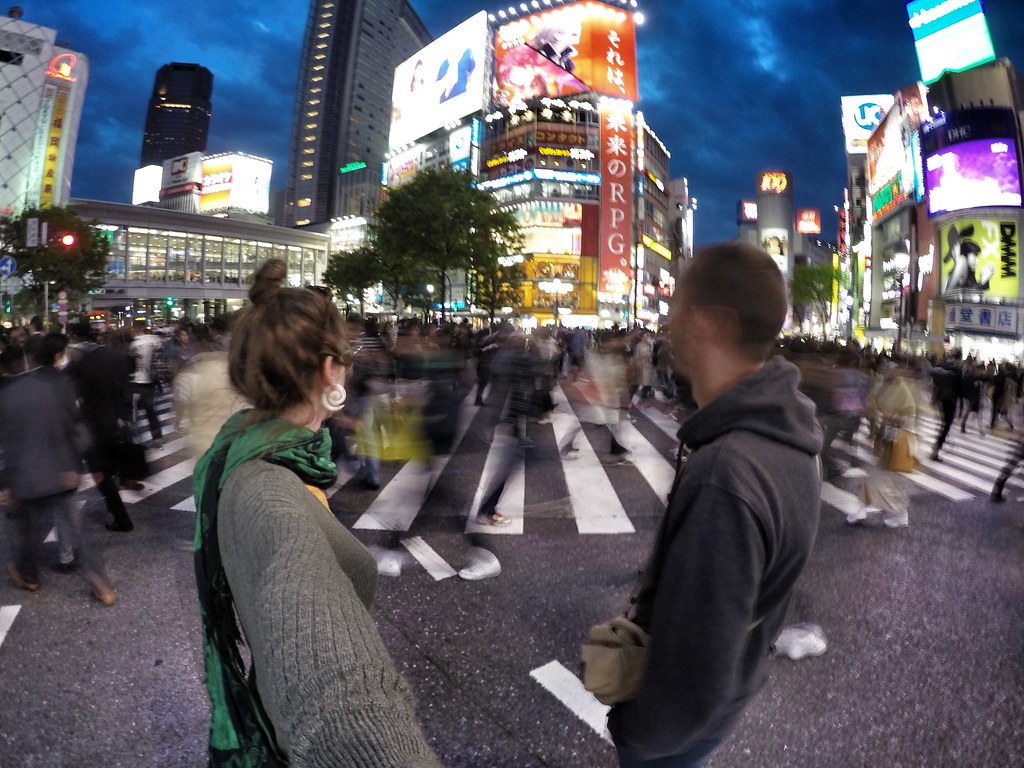 We were so cold and exhausted that we just wanted to eat dinner and go back to our hotel. We found a popular place to eat where we had to order and pay outside on a vending machine. We opted for a set meal each with noodle soup and fried vegetables with tofu. It wasn’t great. In fact we’ve tried a few Japanese dishes now and we’re just not a fan of the cuisine. For me it’s even more difficult to try as I’m a fussy vegetarian but Craigs not digging it either and he’ll eat almost anything. 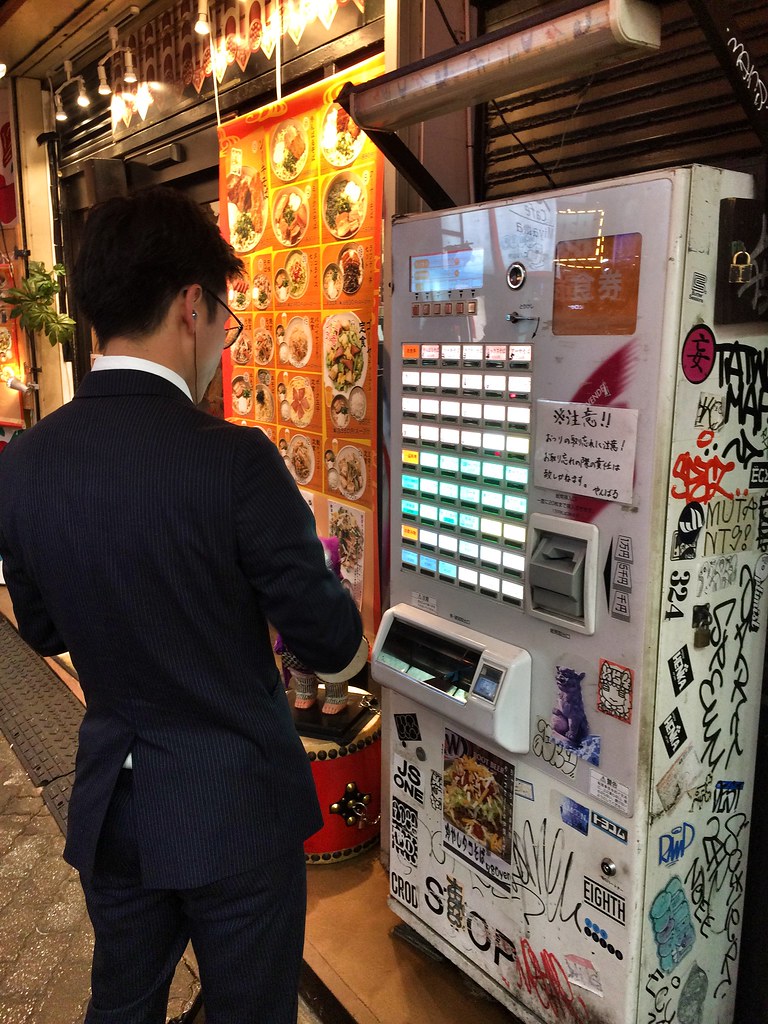