We started our day with a delicious coffee at our hostel with the zen garden and trickling pond in front of us and then headed onto the very easy to follow metro line to East Nanjing Road. It’s a huge pedestrianised road with a variety of shops and eateries. We followed it down to The Bund, the tourist centre of Shanghai with Art Deco landmarks and the impressive view across the Huangpu River to the typical Shanghai skyline, although there was haze and fog and it all looker rather grey and drab.

While walking along the river side we had three middle aged Chinese women excitedly say hi to us, they spoke a little English and asked where we were from. Two ladies wondered off while the one with the best English chatted to us on some steps. She said she was visiting for Chinese New Year and we had a panic about timing our trip wrong to avoid it, but she was also visiting before hand to avoid the crowds. Next thing we know a guard dressed in a long black coat came over to us, she looked at him and hastily said goodbye to us and scurried off to her friends. When we turned around to continue up the stairs there were two more guards behind us – it was so bizarre. It was like a scene from the hunger games, as if the ladies were going to tell us a secret, that district 13 exists or something! There were guards all over the place, police cars or vans on corners, cctv cameras everywhere. We’ve probably never felt so safe in a city.

We meandered through old town towards Yuyuan Gardens. The area suddenly became the China we’d expected, the buildings had beautiful curved roofs with thick tiles, and lanterns hanging from the buildings. It was such a cool area to wonder around, modern shops, eateries and boutiques graced the bottom of the buildings and the tops were all authentic. There were a few touts selling roller skate wheels to clip onto shoes (I really wanted a pair but didn’t dare show my interest) but other than that no one bothered us, it was delightful.

For lunch we went to a bustling food court. The food was all displayed so we did a couple of laps to see what we fancied, maybe some chicken feet? Fermented tofu? Or even a pig trotter?! Oh god. We found a stall that sold a noodle soup and it didn’t seem to have any meat of fish on it for me so that was good. There were two types of noodles on it, some thin white/grey ones (a bit like vermicelli but with the texture of a slimy earth worm) and the others looked like tagliatelle but with a sort of criss cross imprint on them. I thought it was noodle till I tried it and the soup was all overpowering and I had this weird textured thing in my mouth and all I could think of was tripe and I nearly threw up there and then. The rest of the meal time was spent trying to fish out the worm noodles from the tripey ones and I was left rather hungry.

Next stop was the Yu Gardens themselves, they weren’t that busy at all considering their supposed to be a top attraction in Shanghai. We wondered past rock gardens and ponds full of bright orange fish. The gardens came about between 1559-77 and are a fine example of Ming garden design. We walked past traditional burgundy buildings reflecting on the waters below, and through circles in walls leading to different sections of the garden. It was nice, but I wouldn’t say it wowed us. If anything I preferred the intense surroundings of all the buildings in the bazaar area before we entered the gardens.

We then walked through more of old town and before we knew it we were surrounded by designer shops and high rise buildings as we entered the people’s square area. There wasn’t much happening when we wondered round, apparently the weekend is a great time to visit when locals bring photos of their daughters with all their specifications to match up with a dashing young chap.

In the late afternoon we dragged our feet to the French concession which is home to lots of old Art Deco residential homes and apartment blocks. There were roads with shops as small as the standard box room in a house, and then there were Gucci stores bigger than the average house. Within five minutes of wondering around we saw a moped (which are all silent here and run on battery) come along the pavement fairly fast right as a two year old boy stepped out from the bus stop and he got hit and knocked over. Luckily the boy cried straight away so he was probably just bruised, but the mum was going mental (I would be too!!) screaming up the road for help and hastily grabbed the moped drivers accelerater handle to avoid him driving off. Then we passed a lovely dog being walked by its owner, it met a stray dog and next thing their was a big fight as they went for each other, Geeez!

By now it was dark so we went back to The Bund area to see it all lit up at night. We found a perfect street stall for a well needed dinner en route. I got egg fried rice which was so tasty and with all the ingredients on the stall in front of us I could point to the meat and say no and point to the veg and then smile and give the thumbs up, it worked a treat. Now we were really cold and had nowhere to sit and eat our food so we wondered up a few blocks to The Bund and had a meal with a bloody good view, god knows how much the restaurants round here charge to eat with this view, ours cost £2 and a few fingers from frost bite. 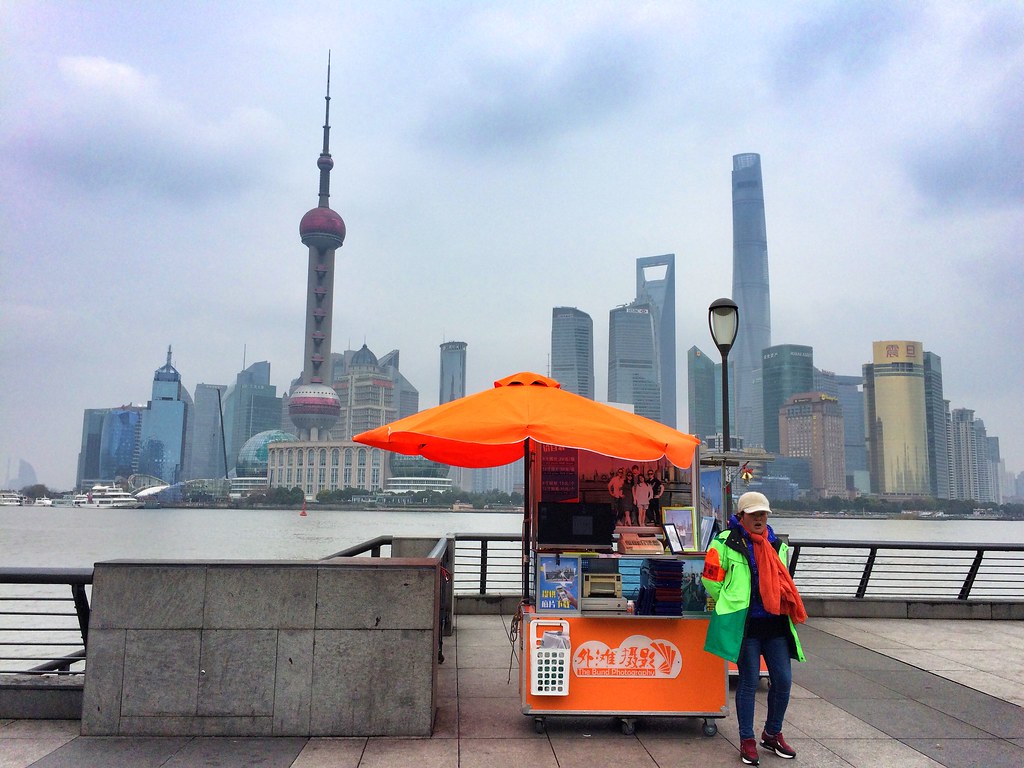 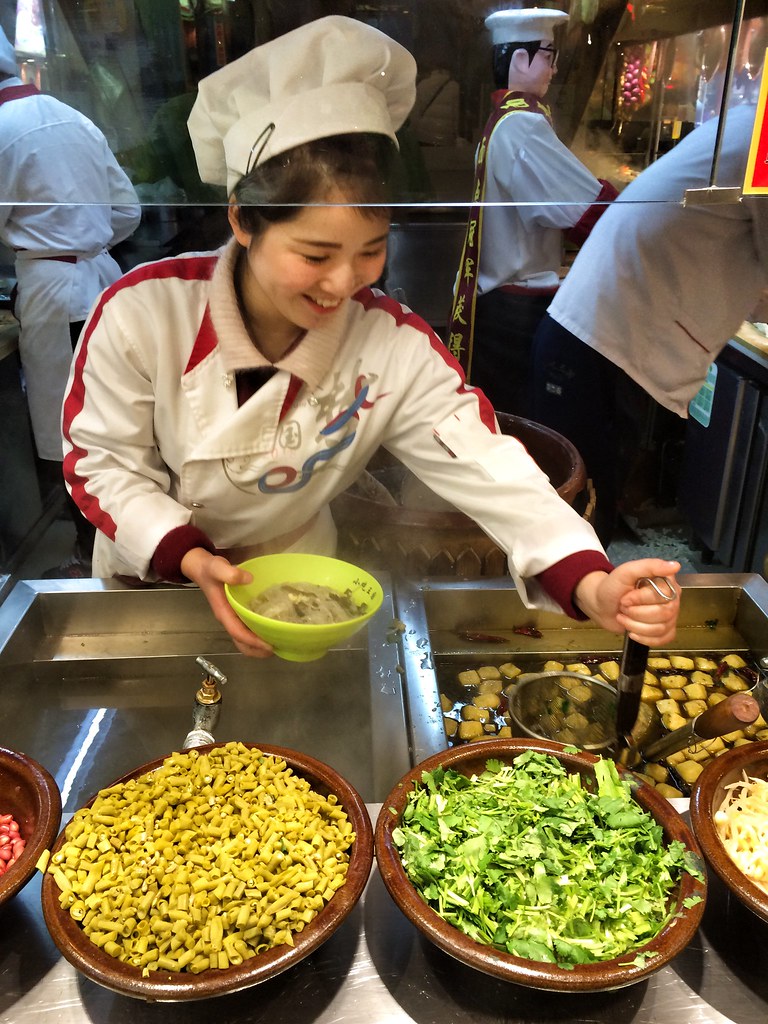 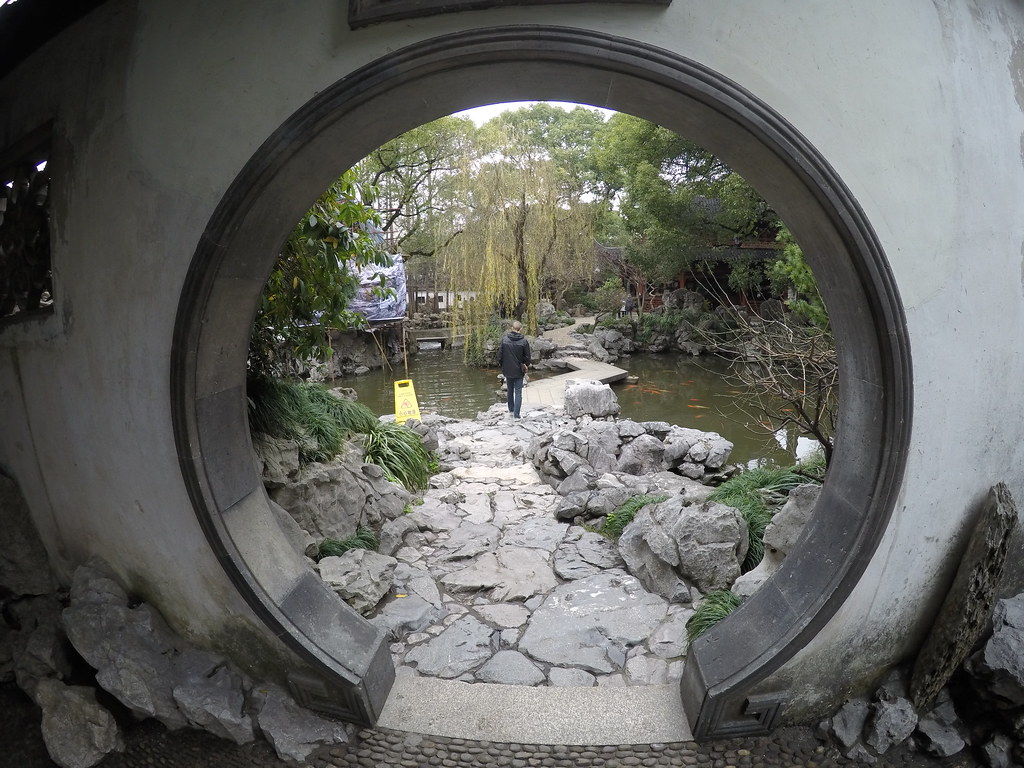 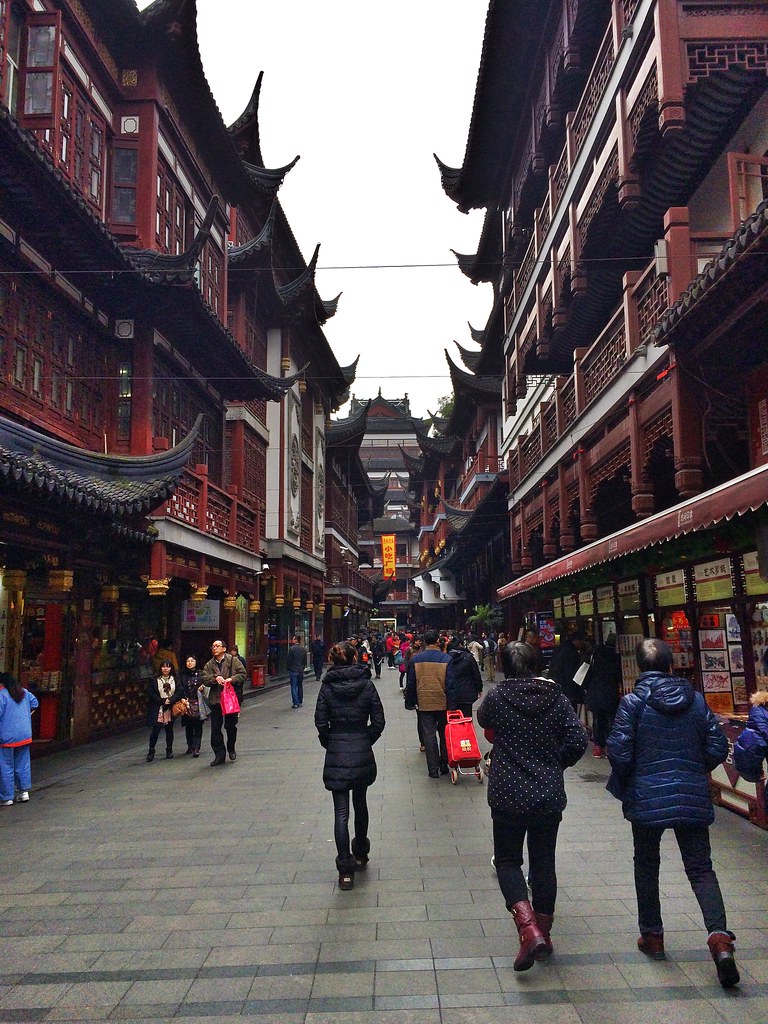 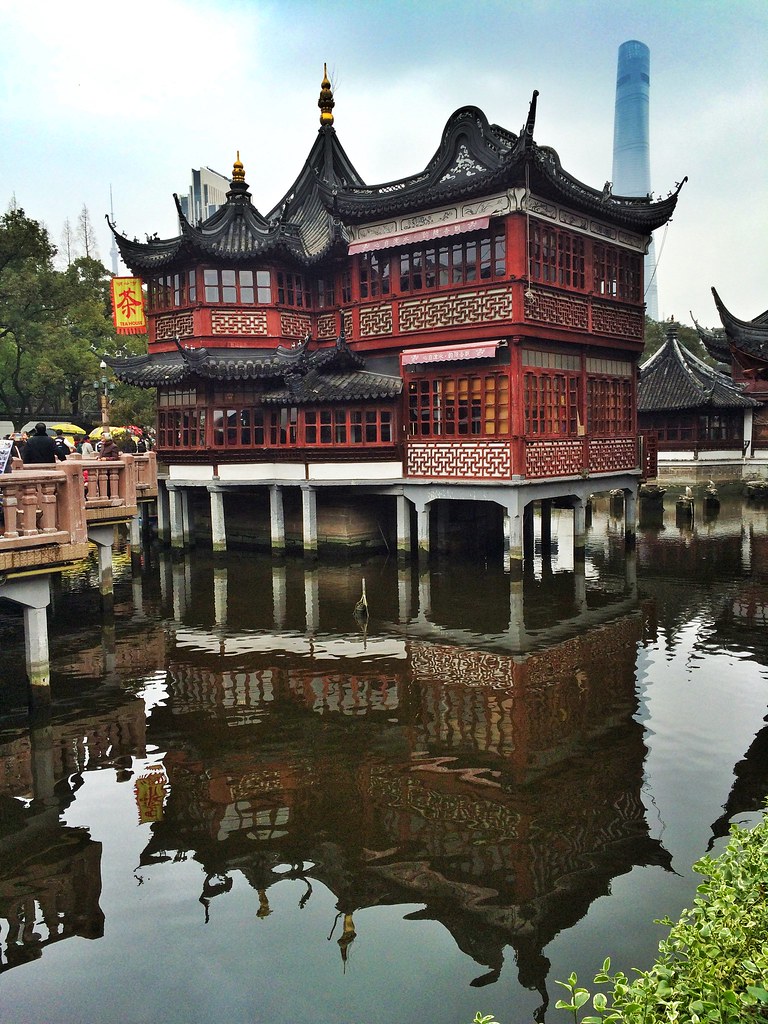 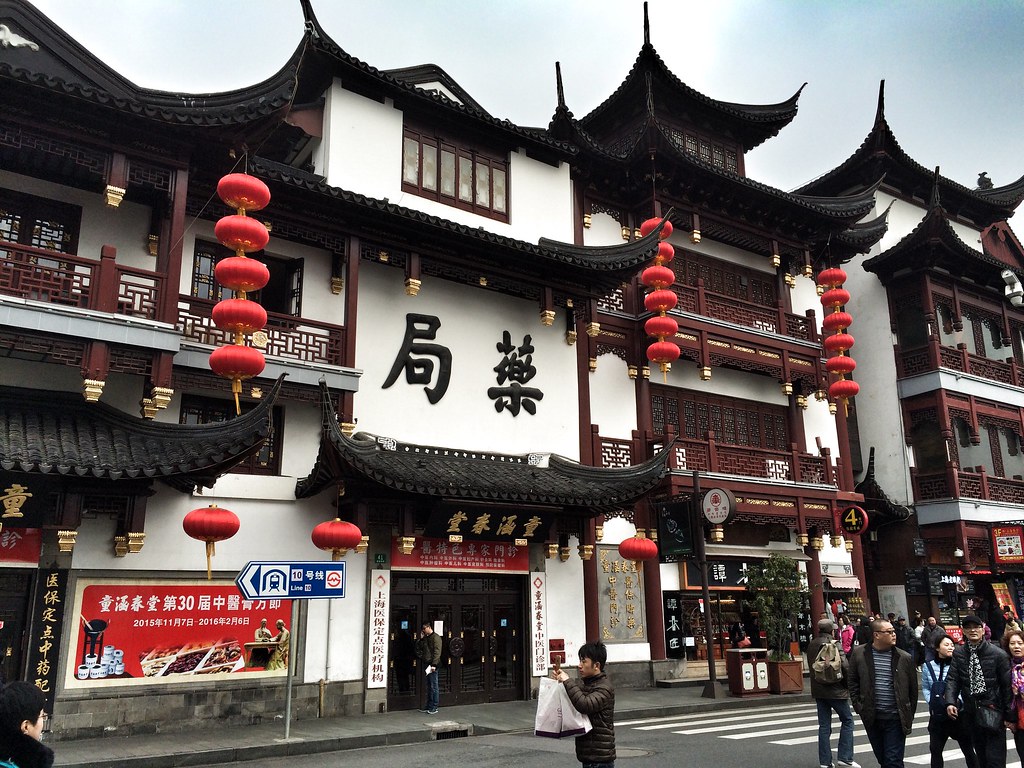