It’s been a whole year since we were last travelling and that was our road trip through Europe – it’s been nearly 3 years since we were backpacking, so understandably we feel a bit behind the times and like a couple of retirees trying to fit in with the youngsters.

We’re planning on exploring Eastern Asia and the USA over the next 1 and a half years…we’ll see how long our money lasts. While home for the past year, we’ve had a scratch it map on our wall showing the countries we’ve visited, and China was a huge expanse that we hadn’t touched, or even wanted to. So I started researching it and the scenery looked incredible, so our first destination was decided, although still a little reluctantly as we’ve heard bad reports from other travellers about China and its really put us off. The attitude and lack of manners in China towns around the world have left us not wanting to visit, but here we are, flying to Shanghai.

The people on the flight were all so civilised though, no budging or loud shouting, just nice and calm. Before touch down they even put a Tai Chi video on for everyone to join in, which I found hilarious as this beautiful Chinese lady on screen was swirling her shoulder in an almost seductive manner and to my right was another Chinese lady that looked like a market seller in her bright yellow puffer jacket trying (and failing miserably) to resemble this lady on screen.

Everyone is smiley and friendly so far and the young women are dressed so well, as if they’ve all stepped out a fashion magazine – I’m not giving England a good name in my tatty attire.
Once we collected our bags there was a huge snaking queue which seemed very orderly, only a few people snuck in and the young Chinese guy behind us caught us looking in despair and he said ‘it’s always the old people’ and we all laughed and continued shuffling along.

I think travelling around India did wonders for our patience and expectations. It’s made China seem so calm and organised and we can’t believe how modern and clean the city is. The locals don’t even pay us any attention, everyone is on their iPhones, it’s crazy!

Some nice locals saw us struggling to find the right exit on the metro as our hostel gave us clear instructions on how to get there from exit 7. We ended up in a food court and they got their iPhones out searching for directions, they even walked us out the metro and showed us which way to go. We ended up getting lost anyway and trying to walk all the way back to the metro and our 15 minute walk to the hostel took an hour – our shoulders were killing us from our heavy bags.

The hostel is more expensive than other Asian countries we’ve visited at £16 a double room, that’s probably steep Shanghai prices though, but it’s very nice and has a zen garden, free pool and £1 beers so we are two happy bunnies right now and ready to explore the city tomorrow. 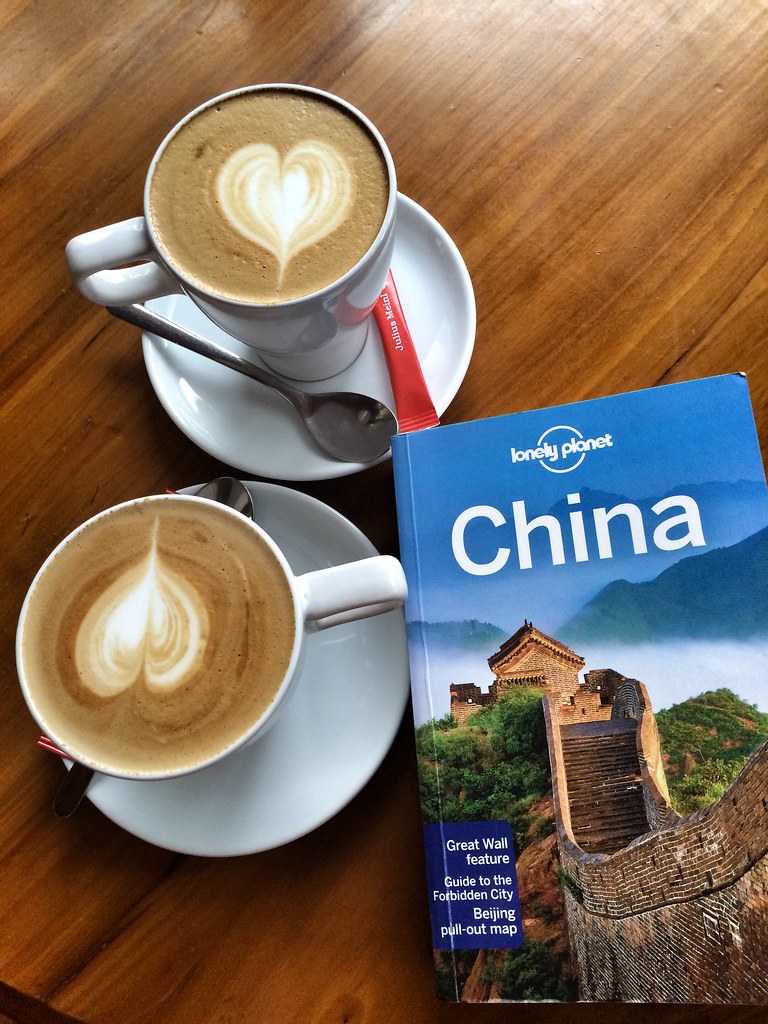