So we have officially crossed over the invisible Arctic Circle line. It was a bit of an anti climax, with an ugly gift shop and eatery – but hey we made it! We camped 2km north of the circle and at 690m elevation, finally had a cool breeze. We started the next day with a dunk into a chilly waterhole and set off north to Bodo.

We were going to hang around Bodo, hike up a nearby hill, but we ended up arriving just in time for the 17:45 sailing to Moskenes in Lofoten. The next one wasn’t till past midnight and our body clocks suffered enough after our stupid-O’clock moose safaris.

Plus, I’m so excited about Lofoten that I didn’t want to delay it another day, especially as the weather is so good right now. The ferry is taking us 200km north of the arctic circle.

Lofoten was one of the first photos I saw of Norway when I was researching this trip – pretty much sold the country to me, it looked incredible! If you look at a map of Norway, on the northwest coast is what looks like a birds beak poking out – this is Lofoten. The string of mountainous islands are connected to one another, and the mainland, by bridges and tunnels.

The spiky silhouette of mountains shooting out the ocean are gradually getting closer and more defined as the ferry ventures north. Just one hour to go till we set foot on land! 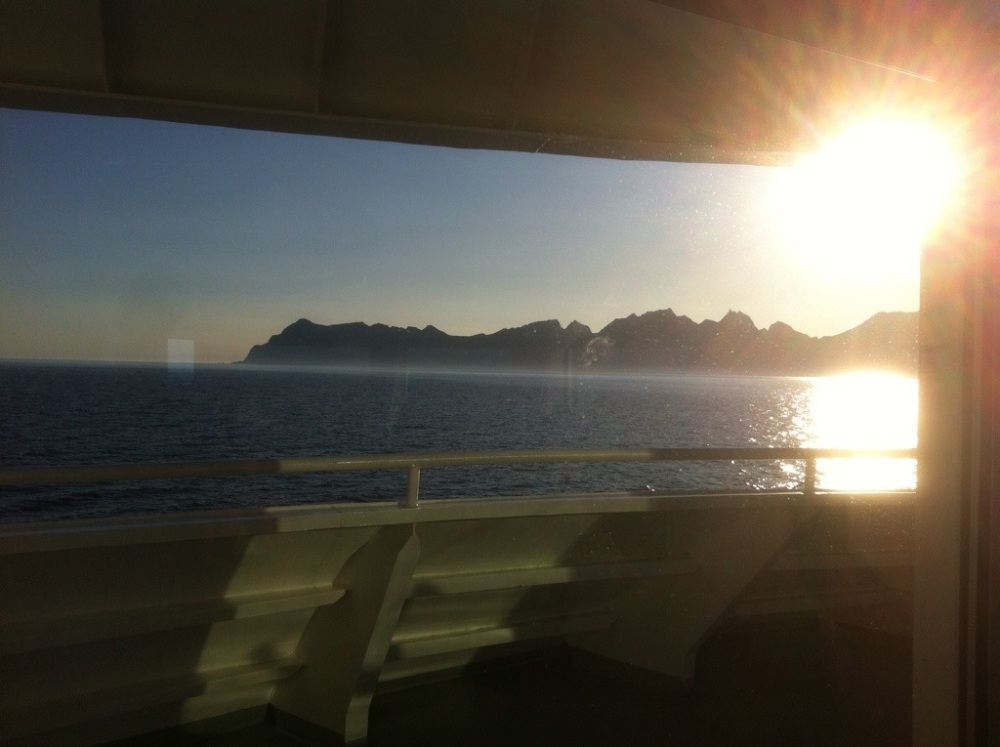