We only spent 4 days in Sweden as we’ll be coming back through the northern section in a couple of weeks. But it was a good taster. The country is flatter, so yes, less dramatic than Norway, but bloody great driving for Pablo. The scenery reminded us of Canada; pine forests, mirrored lakes and lonely islands, it was very tranquil.

We kept seeing handwritten signs saying ‘Loppis’, unsure of what it was, we took a look. It’s like a garage sale, but so many of them, and everyday of the week – I was in my element.

We stocked up on cheaper diesel and more importantly, food, as our German supply’s had dwindled down to nothing. One supermarket we went to had stuffed seagulls hanging down, a lynx in the beer aisle and an entire reindeer standing proud above the bread shelves.

It was so easy to get off the beaten track in Sweden and find a place to stay with nothing but the tweeting of birds and buzzing of flies (sooo many flies!). Not hearing cars, or staying in a rest area where trucks pull into has been a delight.

We’re now back in Norway, and on Tarmac roads – OK I loved the wilderness but driving on single lane gravel gets rather tiring. Our storage boxes kept falling off the wall and our coke instantly lost it’s fizz. But this section driving along the E6 is well and truly back on the beaten track and there’s caravans galore, dammit!

While cooking dinner last night we got chatting to a lovely Finnish family who have got me seriously excited about the country. The man – Kai, used to be a wilderness guide so we spent an hour chatting to him and he marked lots of places to visit on our map (which is pathetic and has a 160km scale). So they even donated their 1991 Scandinavia map to us which has far more detail and they joked that nothing has changed in Finland.

They said there’s no doubt that we will see reindeer and moose in Finland. They’ve already seen two reindeer and three moose in Norway, and an animal who’s name he didn’t know, so he described it to us. “You know, the suicide ones?”, Erm no? Then he said it’s like a hamster, and we knew what he meant as we’d seen a couple scurry into bushes. Their like rats without tails, but we don’t know what their called either. He said apparently if they get too scared their heart explodes. And that they follow one another, so if there’s like a hundred of them and one runs off the edge of the mountains, they all follow causing a mass suicide. Craig and I were in hysterics as he told us this!

We asked them if they’d been to Russia, as we would like to visit if it wasn’t for the visa hassles. Apparently they had tried to arrange a trip cycling from Northern Russia across to the Norwegian coast. They spoke to a Russian friend who said they can’t go to Russia – “why?” – “you die!!”. Apparently in the northern area in particular, it’s quite poor, and if someone wants your bike tire, clothes, anything, they just kill you. I think we’ll give Russia a miss!

We stopped at Mosjoen where the Sjogata area has well preserved wooden houses. It was a nice quiet town with free parking, and felt like a ghost town as we wondered around on a Sunday evening. We walked along a jetty for a view of the brightly painted houses, hovering above the shores of the sea on wooden stilts.

We’ve had more heat-wave weather, and the past five days we’ve had ‘spa days’. It starts off with Pablo heating up in the sun around 7am, creating a sauna. We snooze in the stuffy heat for 2 hours, then go for a drive to one of the many idyllic lakes for a swim. We’ve even got a speciality treatment; where some country’s strike you with birch twigs and leaves, to improve circulation, we have horse flies. As a horse fly lands on us, we slap ourselves. It has a very similar effect. Then we have lunch and repeat. 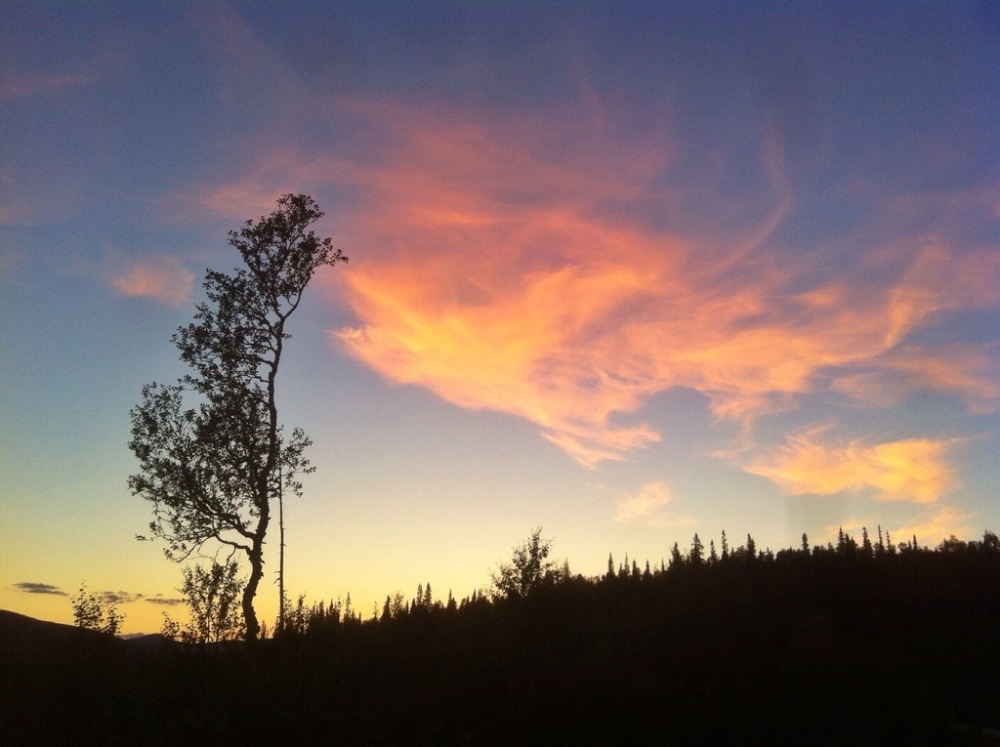 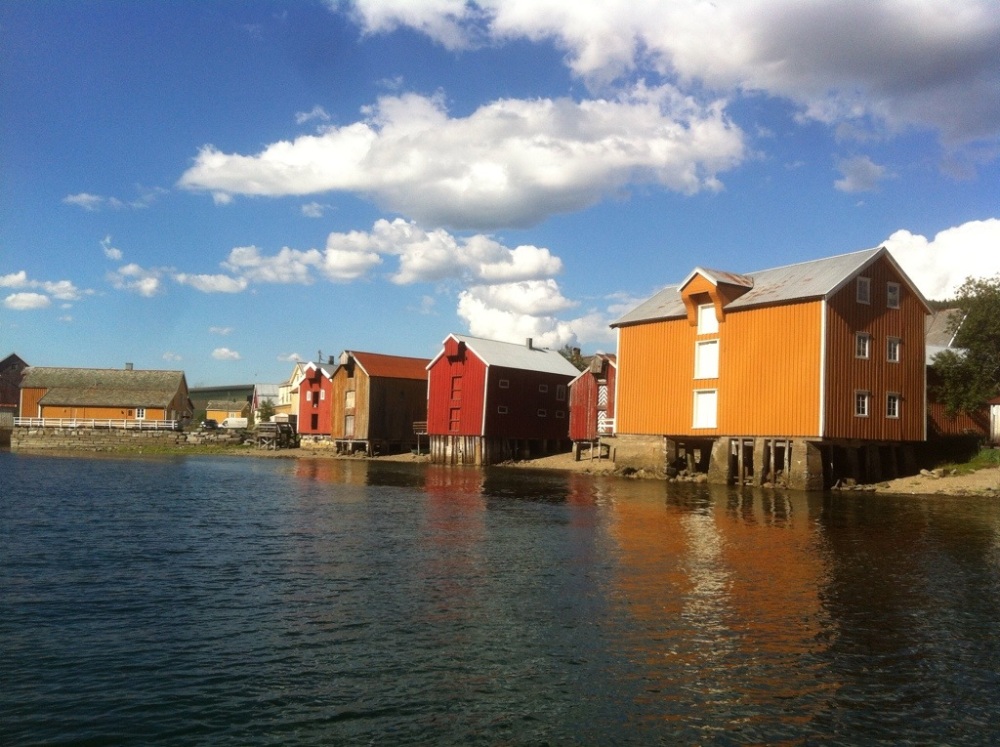