I knew the Lofoten islands would be stunning, but they’ve still managed to wow me and leave my jaw hanging low. We’ve only been here a few days and already seen such incredible scenery.

The ferry dropped us off at Moskenes at 9pm, from which we headed west to the end of the road at ‘A’. It was a quaint fishing village with red wooden Rorbu’s (fishing cabins) on stilts above the clear ocean. At the end of the road was a rest area, inundated with caravans. Not the idyllic spot I had in mind but it did the job for one night.

We woke to five tour buses next to us and tourists swarming the area like flies in an Asian meat market. A popular fishing museum was in the village and clearly on every tour company’s itinerary. We managed to avoid the crowds and had a stroll around the area. Lofoten’s wildlife consists of sea eagles, sheep and seagulls, we’ve seen two of the above – guess what they were.

The area consists of four large islands and probably hundreds of small ones. We started the roadtrip heading to Reine, where we wanted to do a hike. I showed the info centre a photo in a brochure that looked like an amazing viewpoint and she said it was Mount Reinebringen, but advised us not to hike it as there’s many loose rocks. The brochure said it was unmarked, very steep and treacherous terrain – for people with mountain experience only. We decided to give it a go, if it was too tough we’d just turn back. But I was pleasantly surprised to find an obvious trail, and quite a few people hiking it, even some kids.

As soon as we started, the clouds parted and it was a scorcher! Hiking non stop uphill on a really dusty track was pretty gruesome . All the dust stuck to my sweaty body, I had quite the messy, fake-tan look going on. After an hour of just looking down at my footing, we reached the top at about 600m elevation. Wowee, it was breathtaking, dark blue ocean with mountains shooting up around its edges. Below us was Reine, spread out along islands and joined by bridges. I think the photo speaks better than words so I’ll leave it at that.

The next day was really cloudy and quite chilly, we did a hike to Mulstoa on the northern side of the island. But you could of been anywhere as the cloud was low and covering all the impressive mountain peaks.

We then drove down to Nusfjord, another picture perfect fishing village. We asked about more hikes in the info centre and made a joke that the weather forecast of sun and cloud was clearly wrong. But she let us into an interesting bit of info, apparently if it’s a northerly wind then generally speaking the northern areas collect the clouds and the south could be clear.

So we set off along an amazing road on the edge of the ocean with turquoise water. An under-sea tunnel (yes – very exciting!!) took us to the next island of Flakstadoy.

According to the map the lady showed us, a mountain hike started a couple kilometres after the tunnel. Luckily we managed to spot the small unmarked trail between the bushes and set off. The view across the islands were amazing, a large flat expanse of pastures and small lakes between the ocean. The water had such vibrant turquoise edges that we decided we had to go for a swim after the hike. Behind us was Moskenesoy, the island we’d come from; the sun was glaring behind it so it was just sharp mountain silhouettes clustered together in such a small space and funnelling cloud between its peaks.

There were a couple of occasions where I considered turning back, I was sweaty and the view was already nice, plus cloud was forming around the sides of the mountain. But at the top I could see exactly what the lady had told me about the weather; infront – clear blues, behind – thick cloud. The dense cloud spread out below me and then I spotted an odd sight – a rainbow style effect in the cloud, almost a full circle, and inside it was my shadow and the shadow of the mountain I was standing on.

The view was phenomenal towards Haukland; pyramid style mountains standing like volcanoes around a bay, with two pristine beaches. The clouds had wrapped their way between the mountains and moved around in waves.

After our sweaty hike we drove to the beaches we’d seen from above. We couldn’t leave Lofoten without a dip in the crystal clear arctic waters. I did the toe-dip test, “shit! It’s freezing!”, we decided the only way in was to run and lunge. So off we went, running, running, still running “what the hell, It’s so shallow!!”. It was just past my knees so I gave up and did a very unflattering belly flop. Boy was it cold, what a shame as it looked like paradise, with such sparkling blue water and white sands. We haven’t swam in the sea since Goa in India, about a year and a half ago. It was just as salty as I remember – lake swims are more my thing.

I was keen to try snorkelling or diving here as the visibility would be amazing, but the advert didn’t really sell it to me. It offered all the things I hate about the sea ‘kelp forest, fields of algae, jellyfish and urchins’. So we gave that a miss.

Let’s see what the rest of Lofoten has to offer! 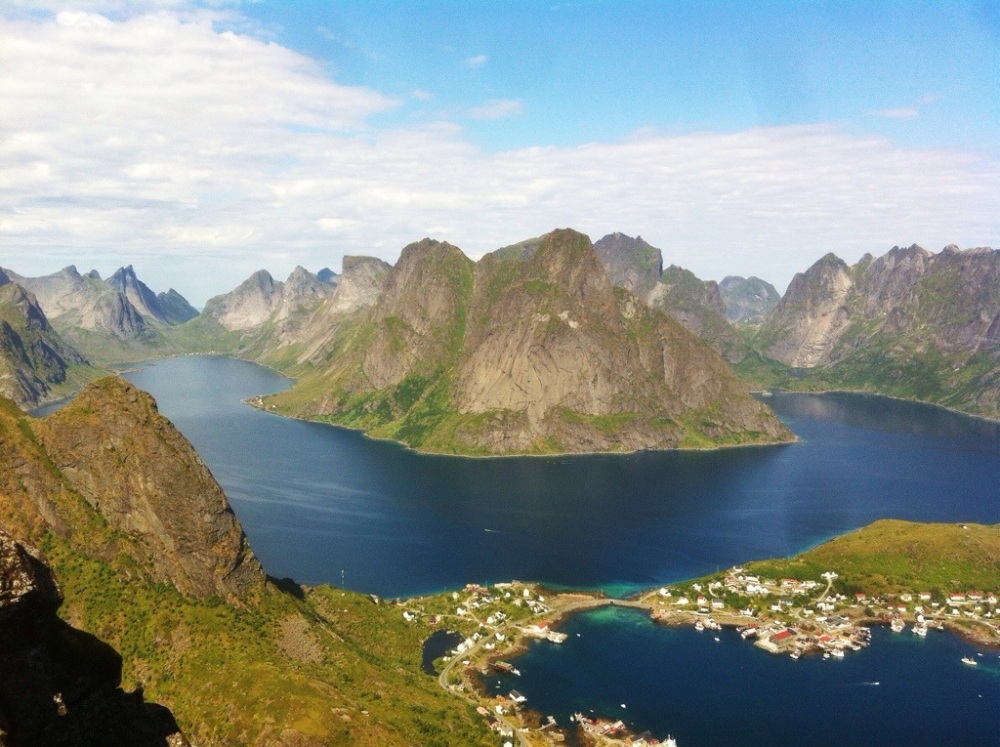 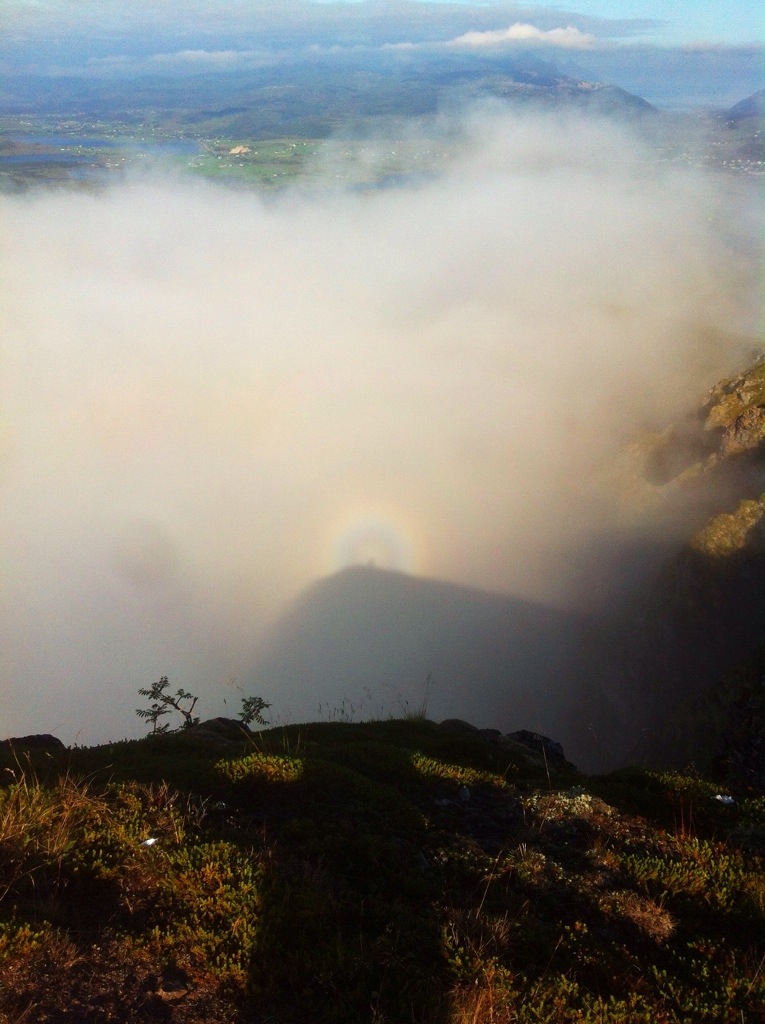