It was a photo of Caminito del Rey that first got me excited about travelling around Spain. Ironically it was an old photo, back when the trail was considered to be one of the most dangerous in the world but it looks very different now. They’ve made huge upgrades so it’s safe for everyone to do and it’s so popular that you need to pay to visit and book a slot in advance. We’re not good and pre-planning, we prefer to just turn up and go for it so we don’t have to work around a fixed date. I tried buying tickets online but they were fully booked for over a week. I did find out however that if you turn up first thing in the morning they have 50 tickets to sell so that was our only option. Just as we were about to go to bed I checked the website one last time and they had availability for the 9am slot tomorrow so I quickly booked us on, this way we didn’t have to arrive super early the next morning.

We woke to rain, it had been on the forecast so we were expecting it but it didn’t make it anymore enjoyable. I hate starting a hike in full wet weather gear but alas, off we went at 8:15am following the path to the entrance gate of the hike. It seemed very disorganised when we arrived and announcements were in Spain so we didn’t know what queue to go in but eventually we were in the right place and being given a short brief on the rules. I liked that they emphasised to take your rubbish home and that no smoking was allowed, wahoo! We were given helmets to wear incase of any falling rocks and then we were free to go. Somehow Craig and I ended up being the first people on the trail which was rather exciting as I was anticipated crowds all day. 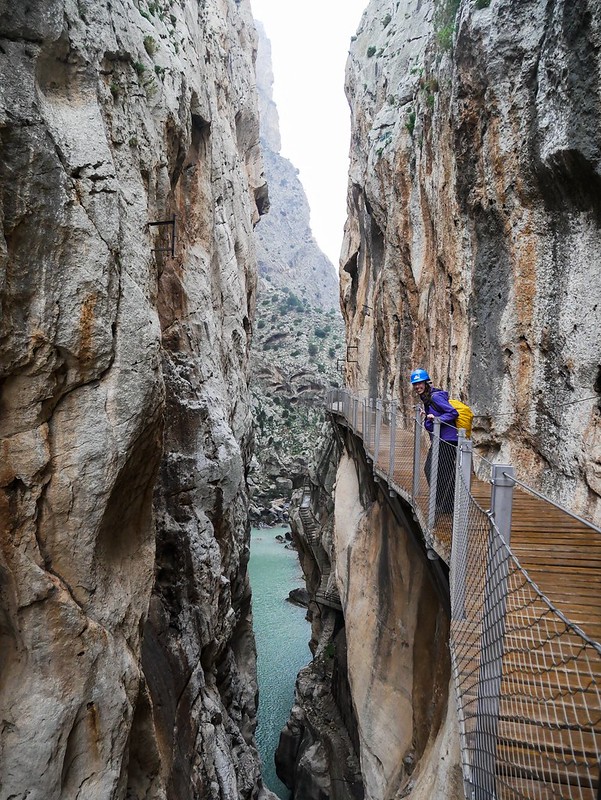 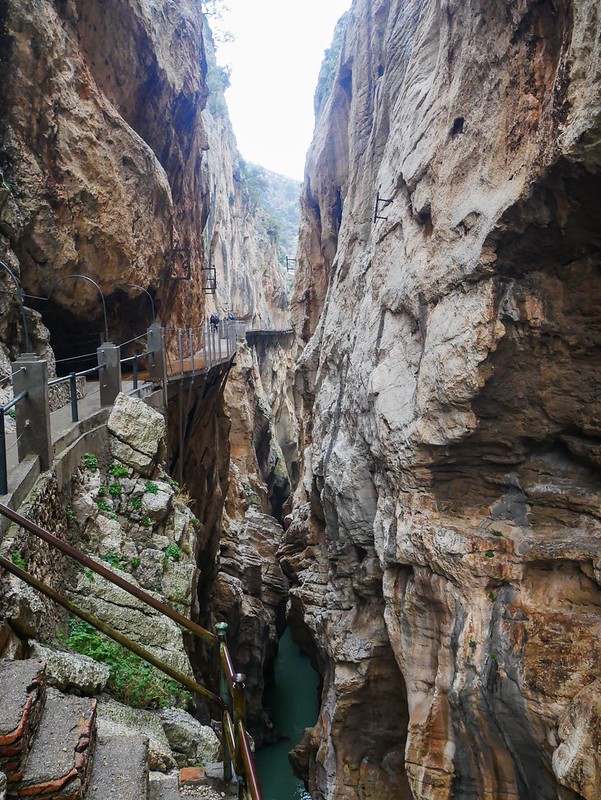 The route is through an incredibly scenic gorge with wooden pathways clinging to the sheer walls. It’s a vertigo inducing hike that rivalled the ones we did in China. At the base of the gorge was a pastel green river that resembled milky matcha tea. We moved fairly fast to make sure we kept ahead of everyone but I still stopped a lot to take photos and gawp at the view. The drizzly rain was rather annoying as I had to keep wiping the water droplets off my camera lens but we were treated to some low lying clouds across the mountain tops. 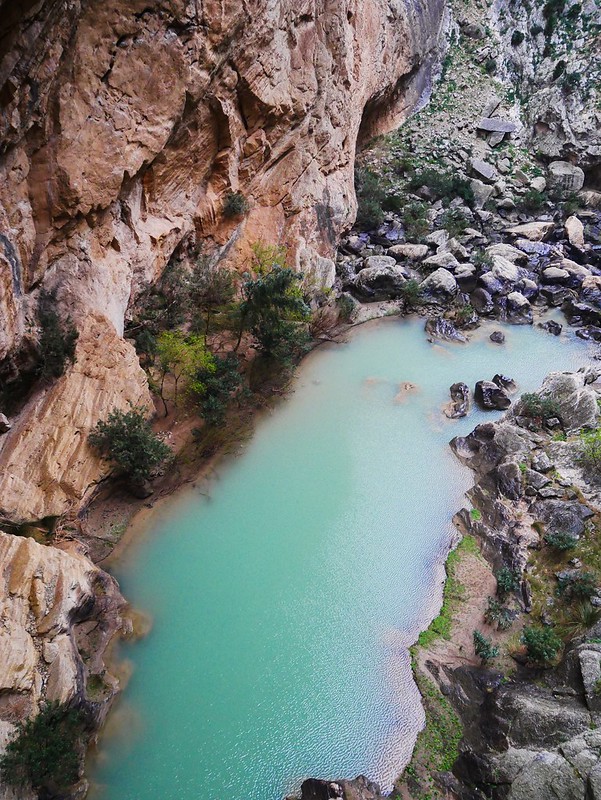 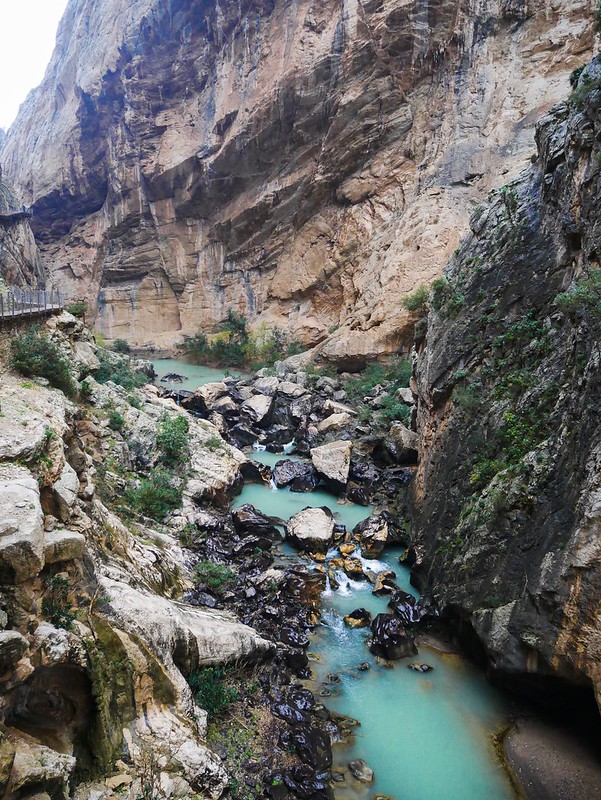 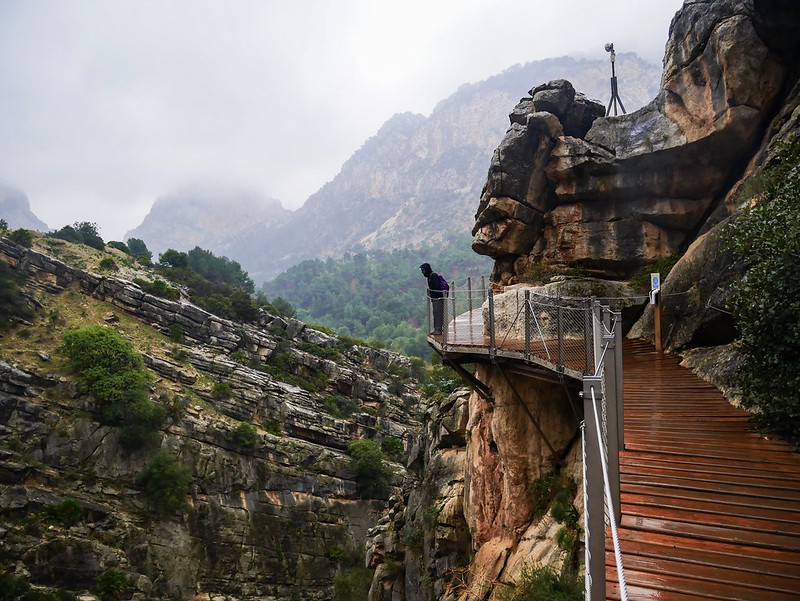 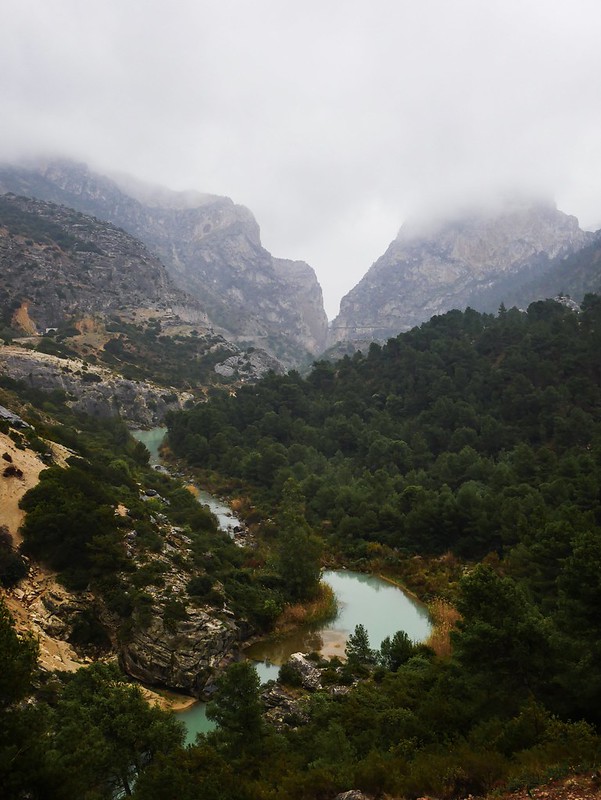 One section led us through a long tunnel but occasionally a big natural window would allow us to peer out and we got a great view of the old path built below the new one. Apparently people used to walk along the metal planks and clip themselves to the wall as they shuffled around the cliff-edge. 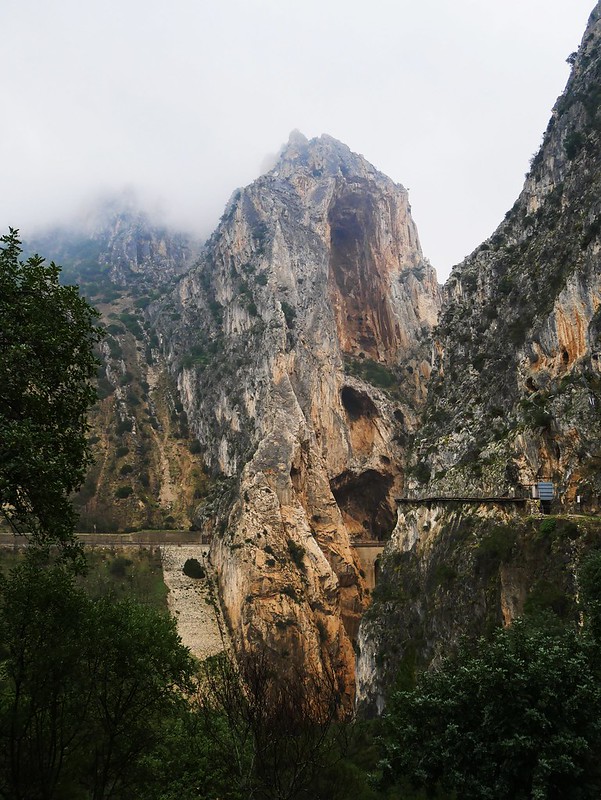 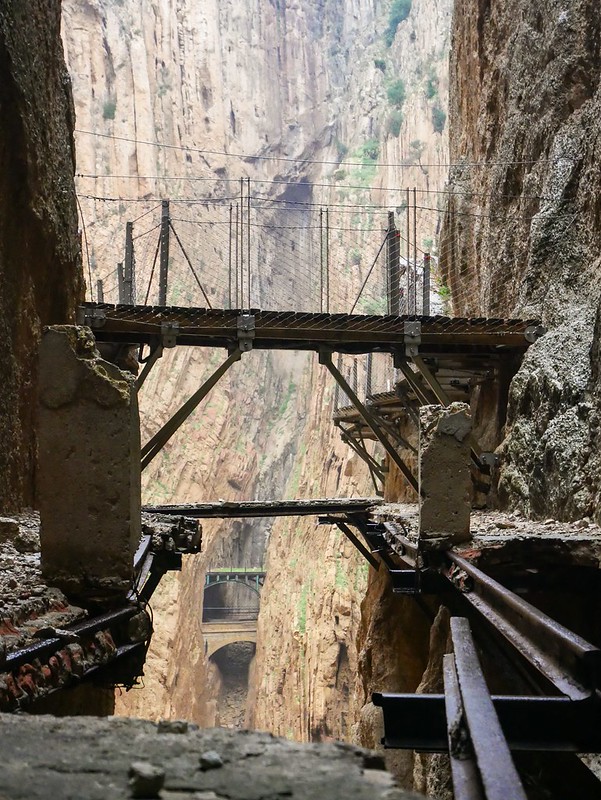 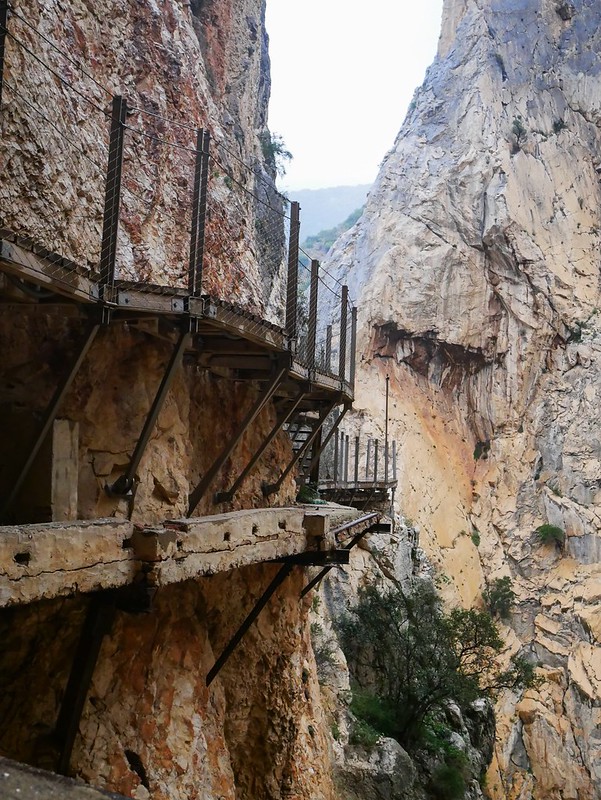 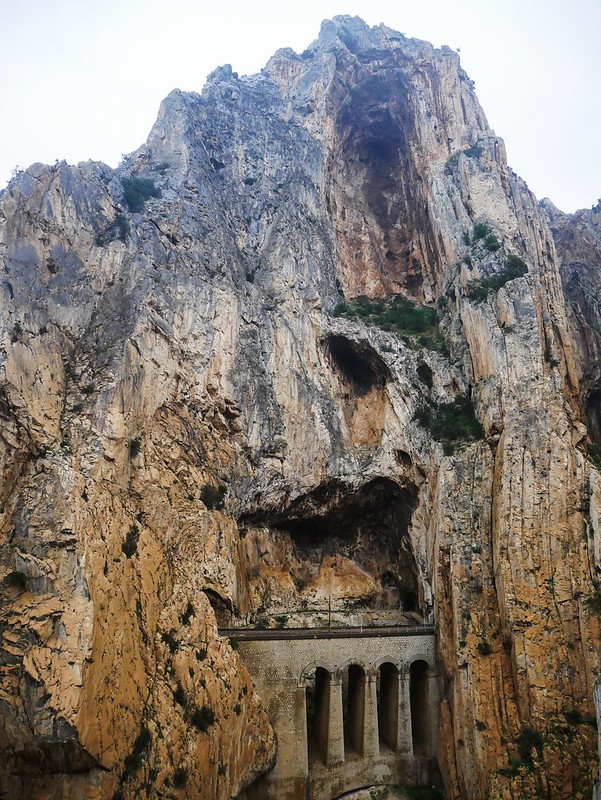 The highlight of the hike was a bridge leading over an extremely high section of the gorge. There was a gushing waterfall right below the bridge and it was such a windy day that the water was actually blowing upwards. 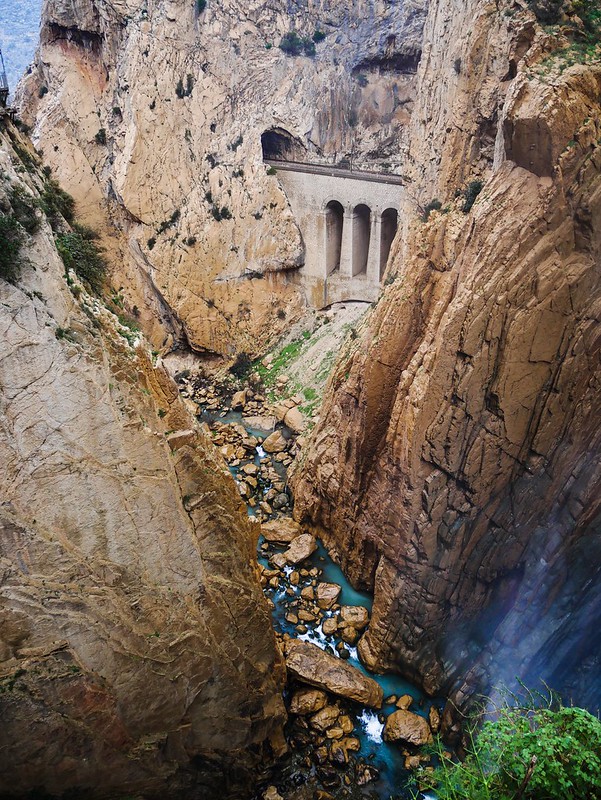 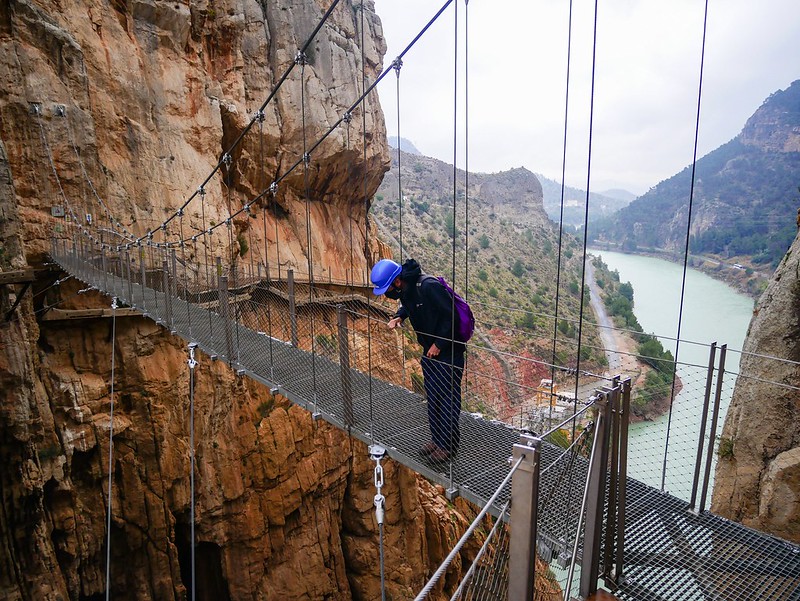 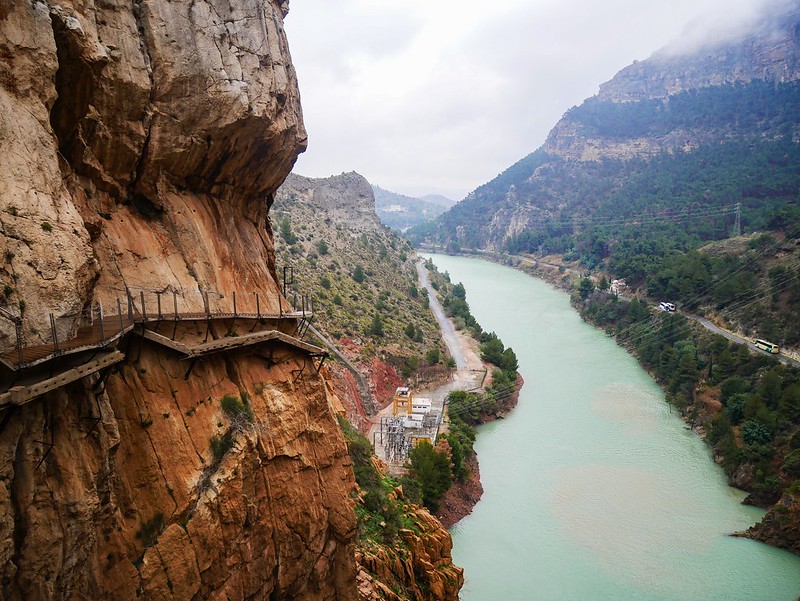 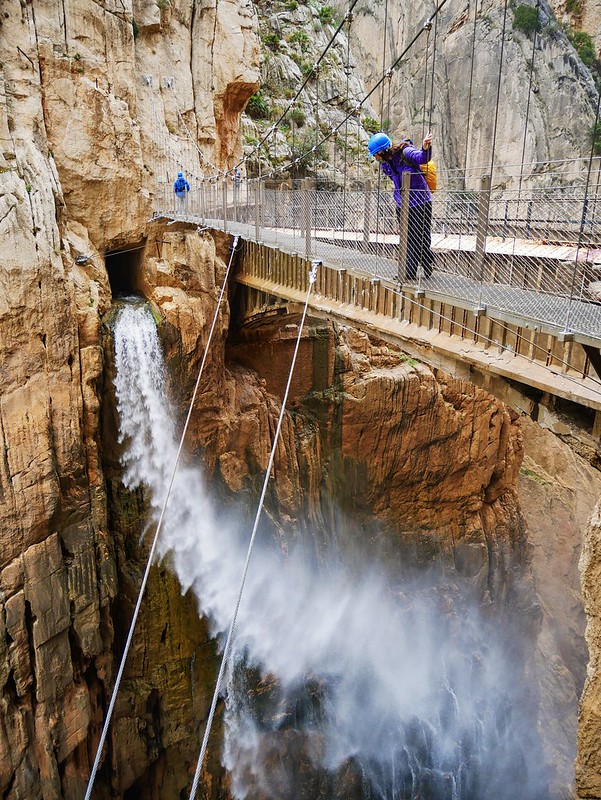 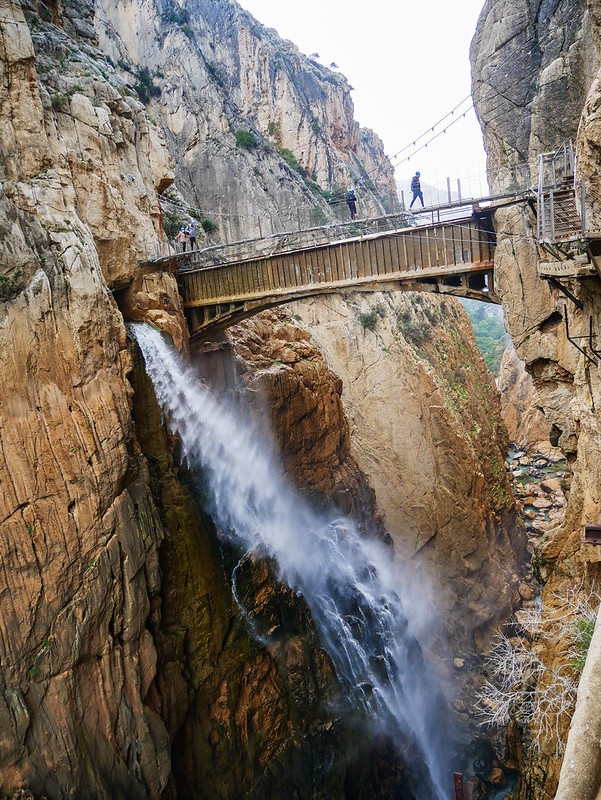 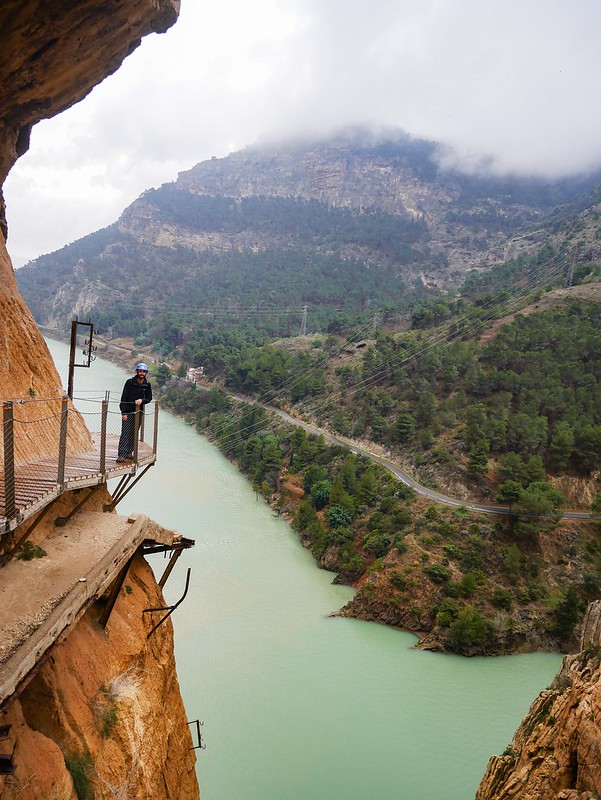 The gorge ended at this point and the sheer walls dropped down into the turquoise water of the reservoir way below us. The wall was so straight like it had been sliced with a knife and the little wooden pathway continued its journey along the vertiginous edge. There were lots of great views looking back at the path and the tiny people walking along it. Overall we had a fantastic time and I would say it’s worth the €10 entry, especially if you can get the 9am slot and avoid the big crowds. 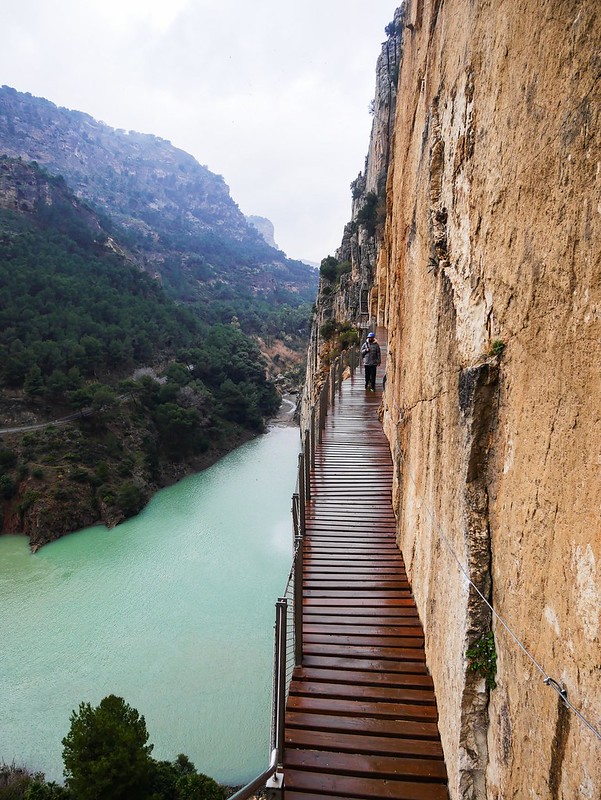 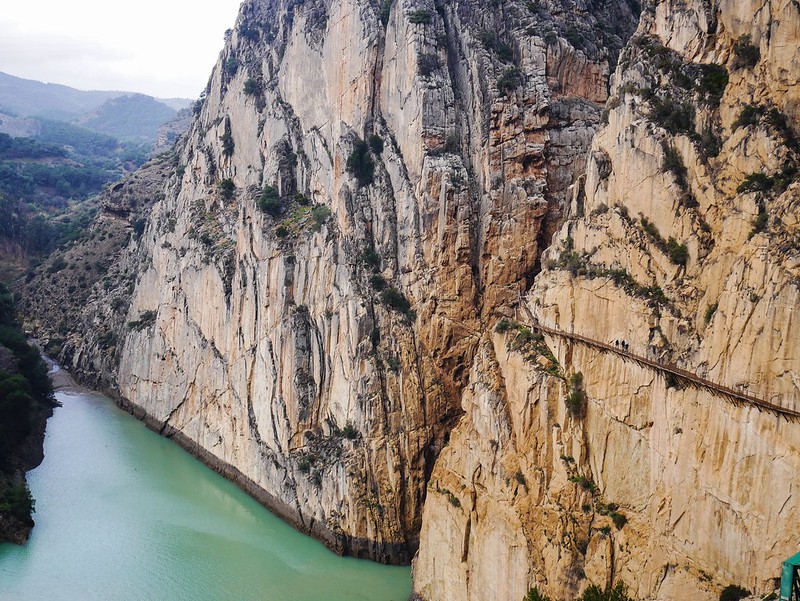 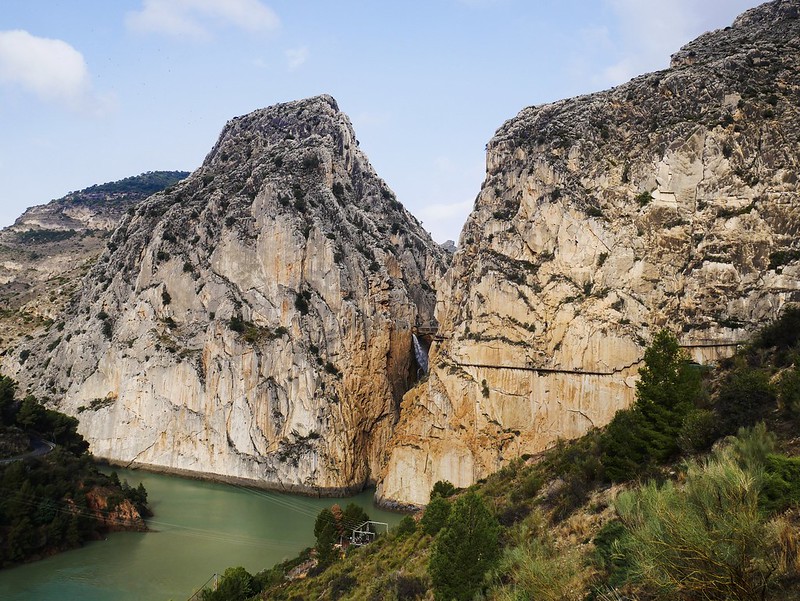 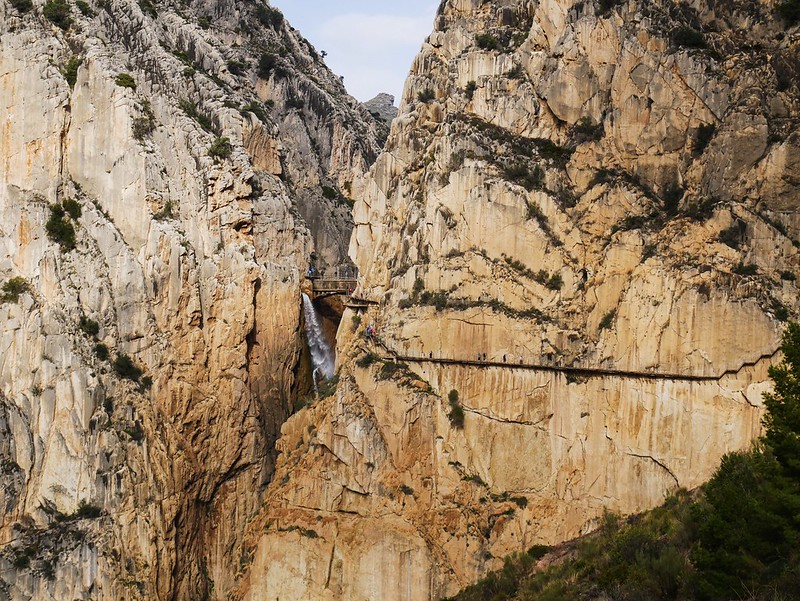 It was around 11 by the time we finished so we decided instead of walking back to Helga we’d do a more challenging mountain hike and then catch the bus back. We were heading up Arabic staircase, a route up the side of a mountain via an ancient stairway built pre-1500. A dirt track led us through the forest and we soon had rocky peaks towering above us. It looked like an impossible area to hike but there was a track to follow and of course the steps. The views weren’t very good as it was such a dull, cloudy day and the sky was filled with a drab haze, so maybe it wasn’t worth the extra detour but hey, at least we tried. 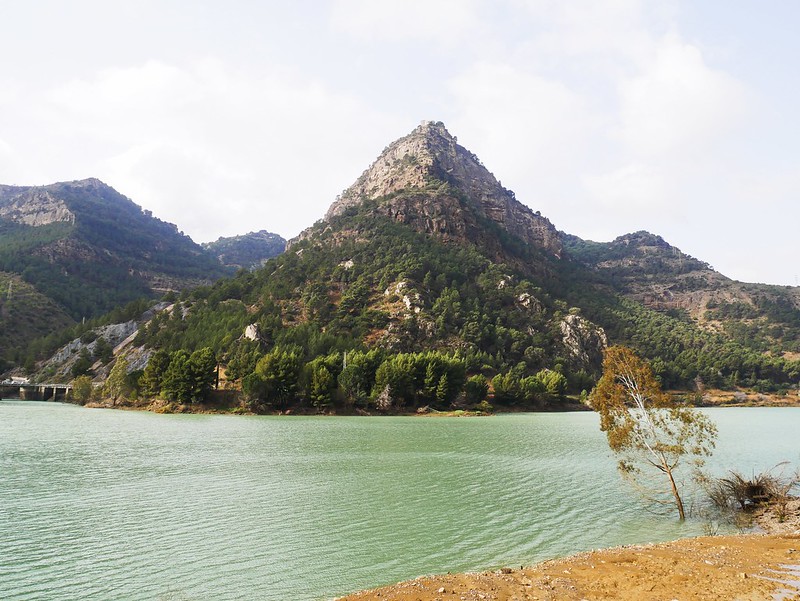 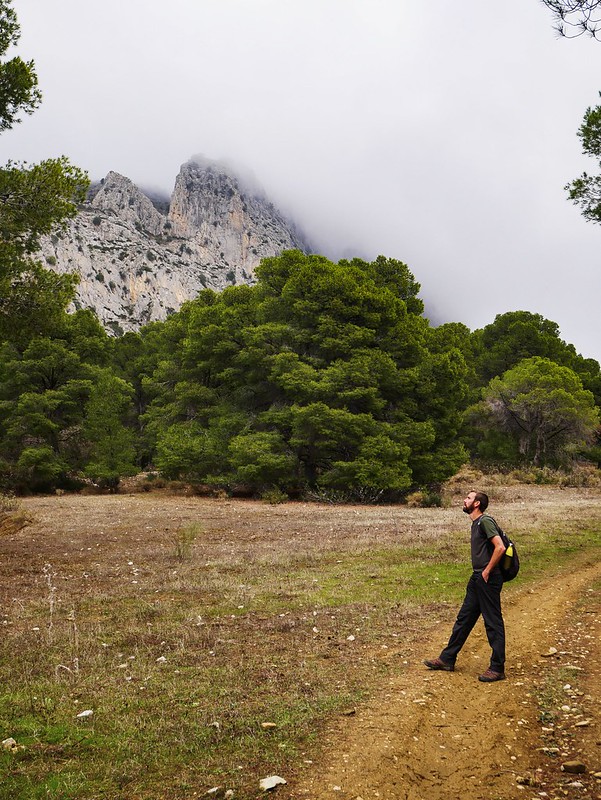 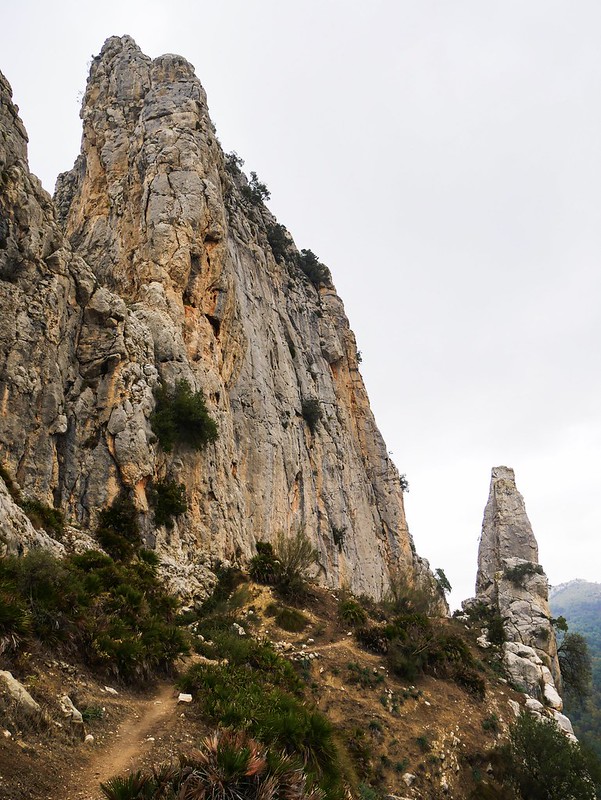 Once we got back to Helga it began chucking it down and we had huge claps of thunder and lightning so we were very relieved that we avoided the worst of the weather. We set off to find a more tranquil place to camp and found a large gravel area above another milky blue lake. The area was dotted with these pretty reservoirs and forested hills so we had a very scenic drive around them the following morning as we made our way to our next destination. 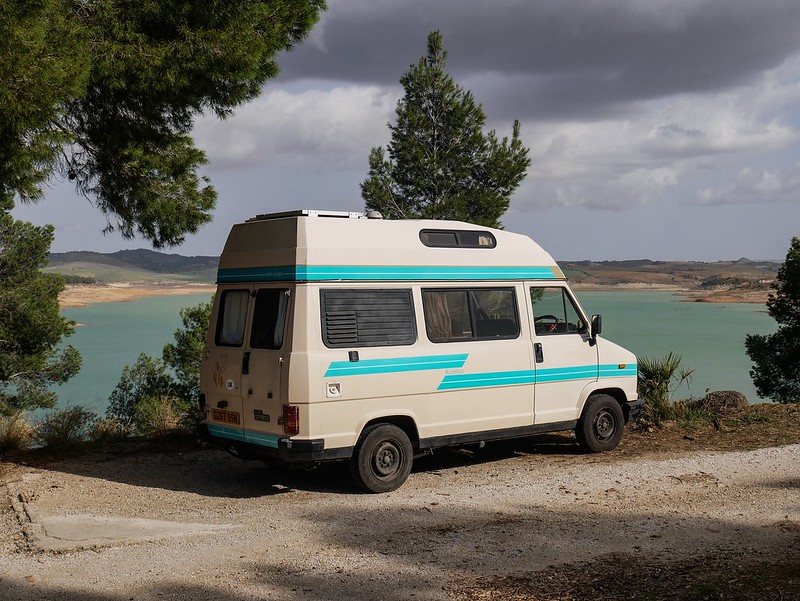 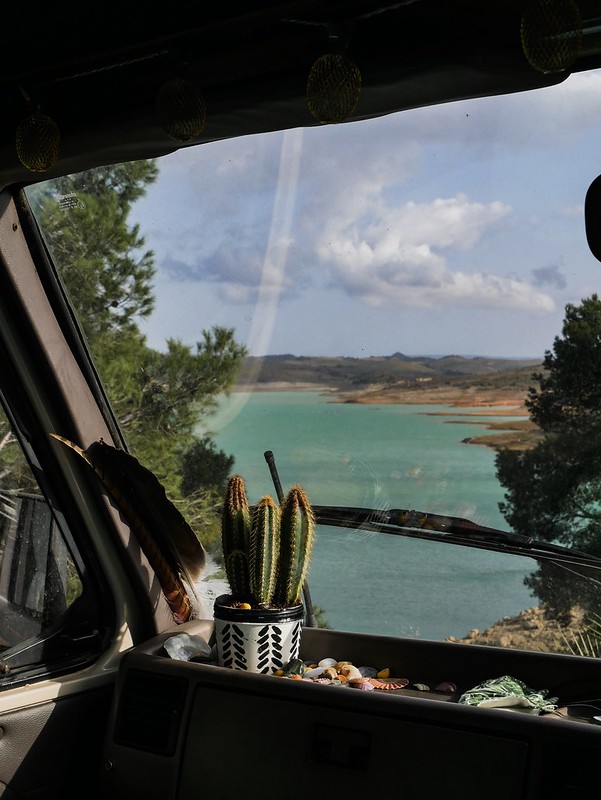 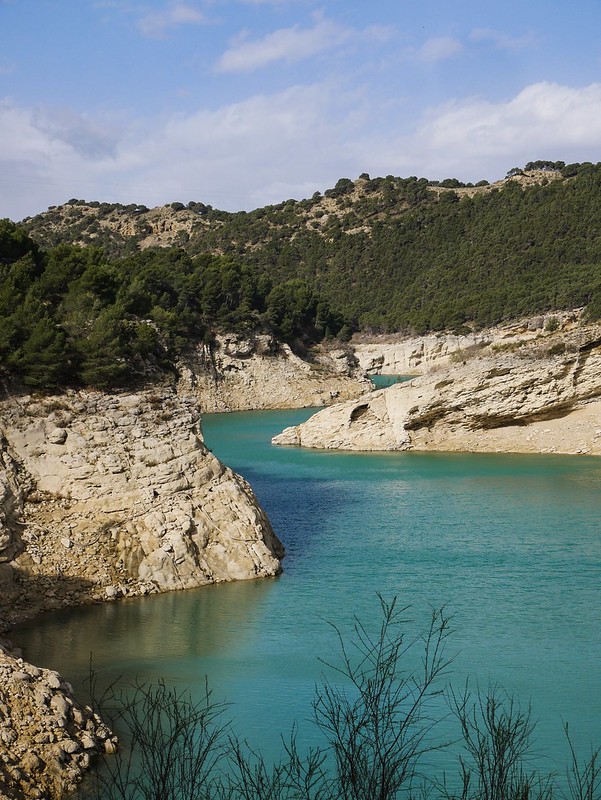 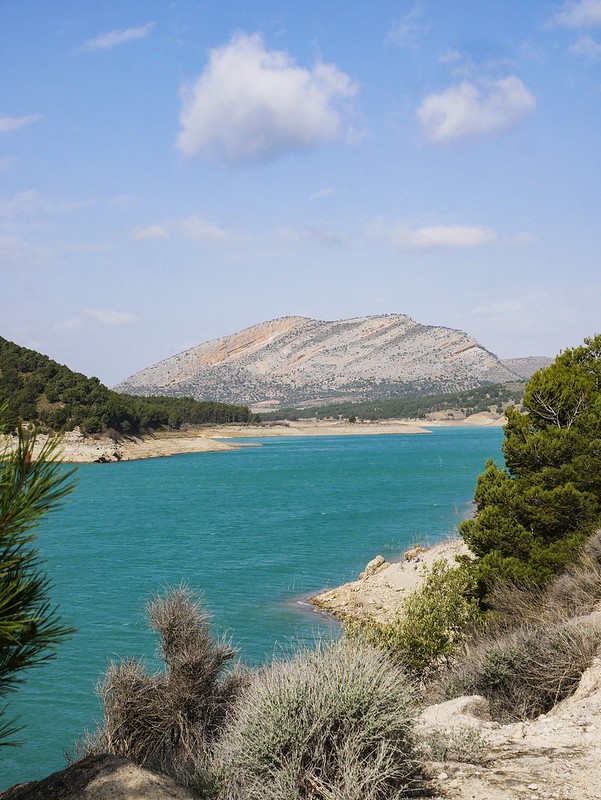 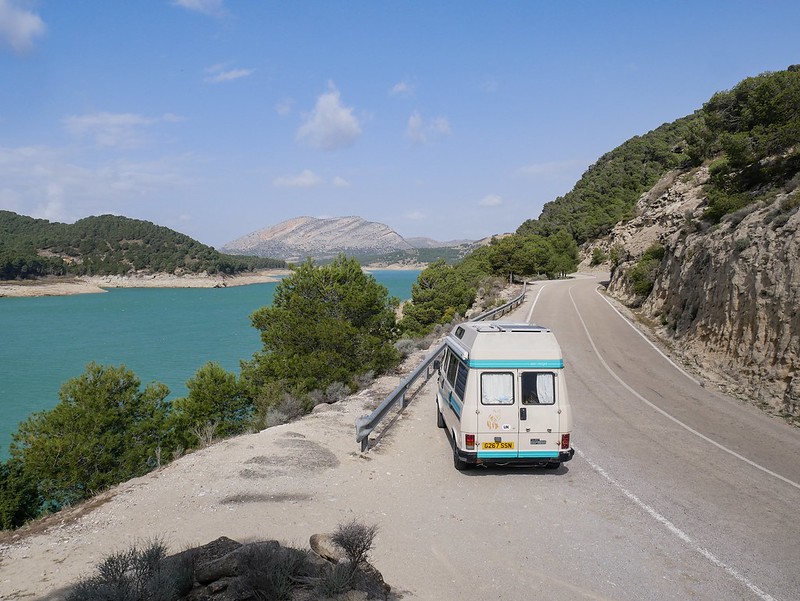