The Rio Tinto mines are said to be some of the oldest in the world with a history dating back 5000 years. It wasn’t so much the mines that drew me to the area but the colour of the landscape from the mineral rich soil. Our first stop was as the road cut between two lakes; on our left was a green tinged lake with a terracotta stained shoreline, on our right was a pink tinged lake with bizarre petrified tree trunks. It wasn’t an easy area to explore but we managed to park up and walk back along the road which didn’t have a hard shoulder or anywhere to walk safely. We soon managed to leave the road and venture down to the green lake. The water levels were low due to the drought so the shoreline was covered in cracked, orange soil. It was quite beautiful though and looked like a mosaic art piece. The orange colour is from the minerals in the ground but to us it looked like we were walking across giant slabs of honeycomb. 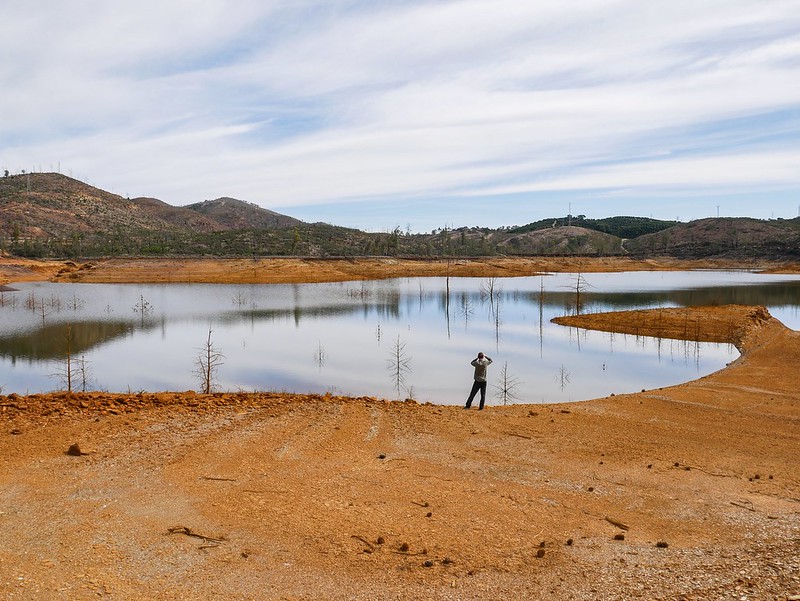 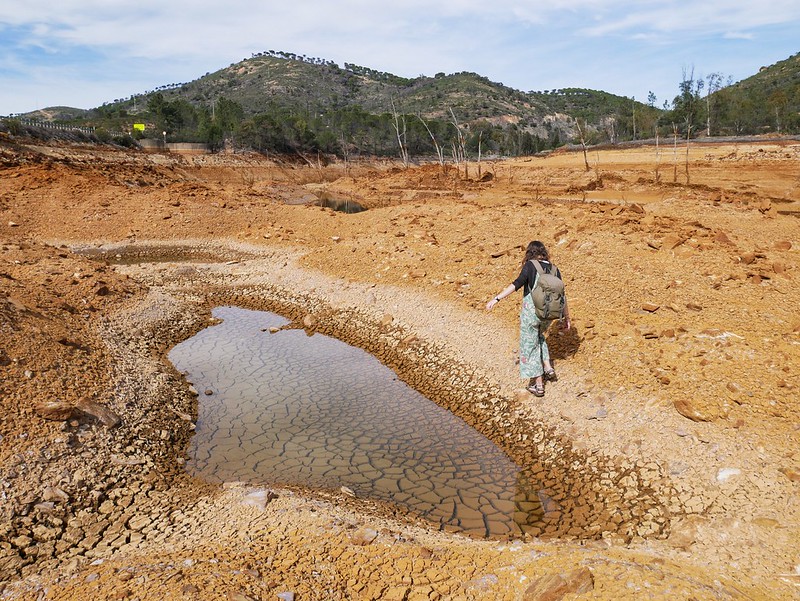 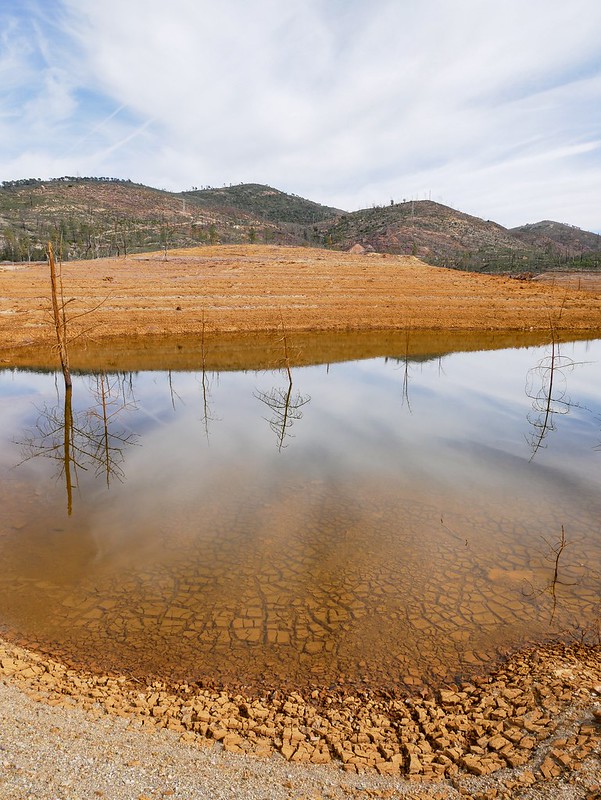 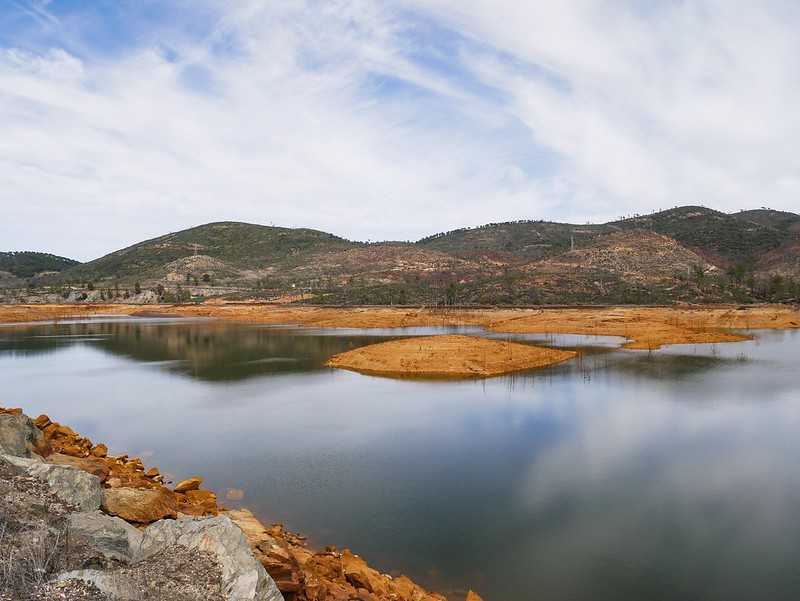 We soon crossed the road to check out the red hued lake and this side looked like we’d stepped onto Mars. It was a landscape that looked totally out of this world as the petrified tree trunks rose out the soil. They were caked in a layer of orange minerals and stood tall like soldiers. Towards the edge of the lake the dry mud became wetter and occasionally our feet would sink a little, we felt safe but I can imagine in wetter conditions it could be quite dangerous. When we took slightly higher ground the dark lake began to show its pinkish tinge although I imagine it’s best appreciated with a birds eye view. 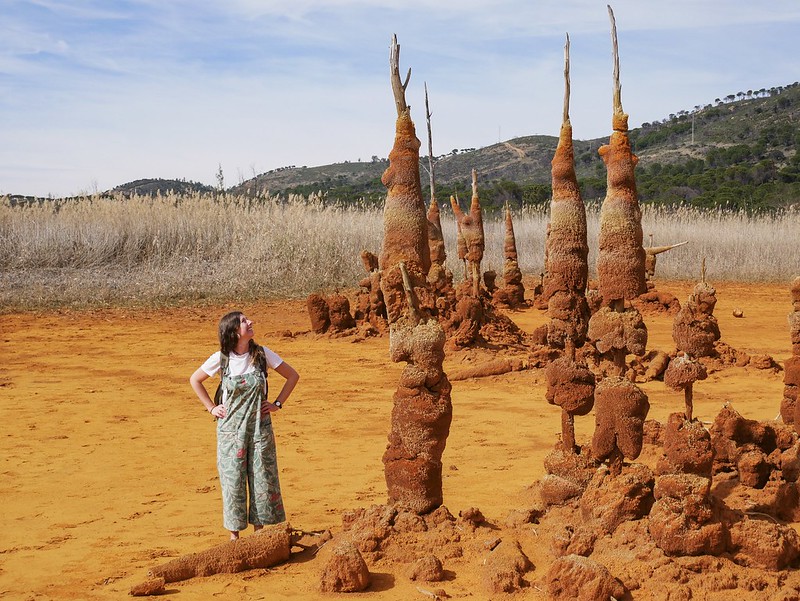 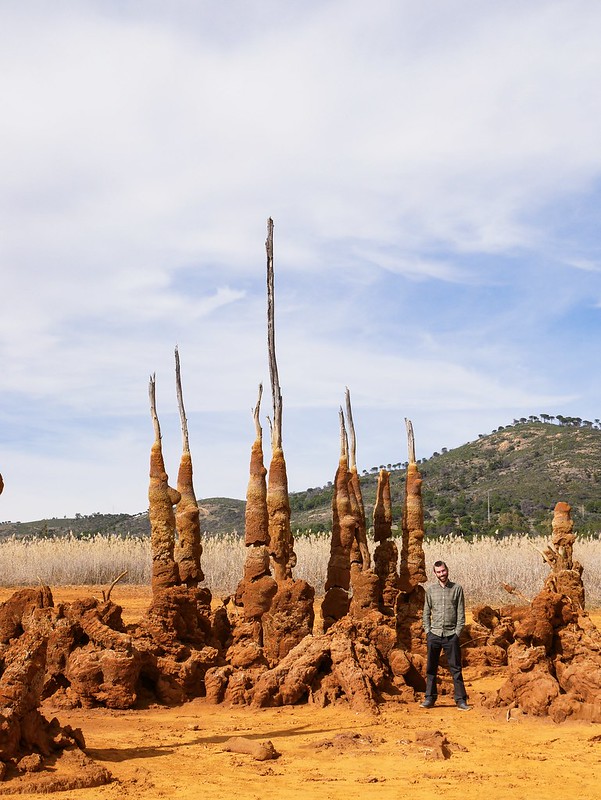 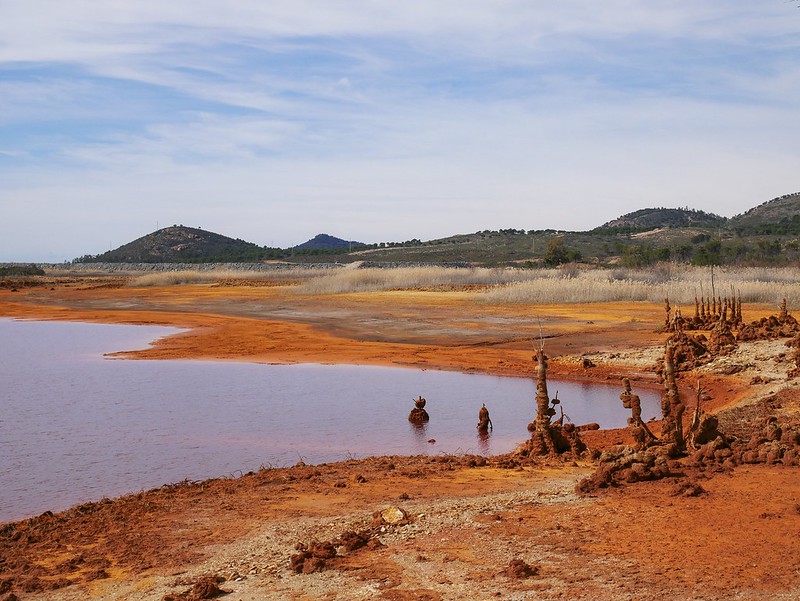 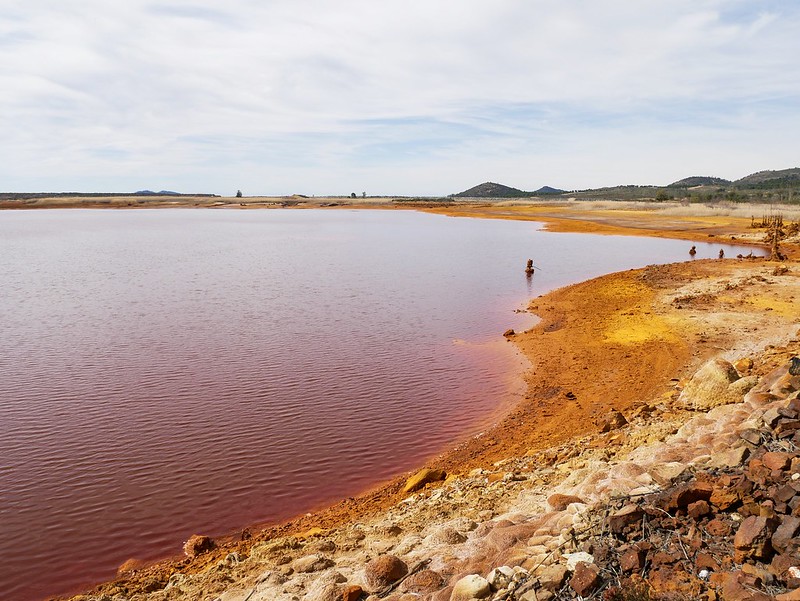 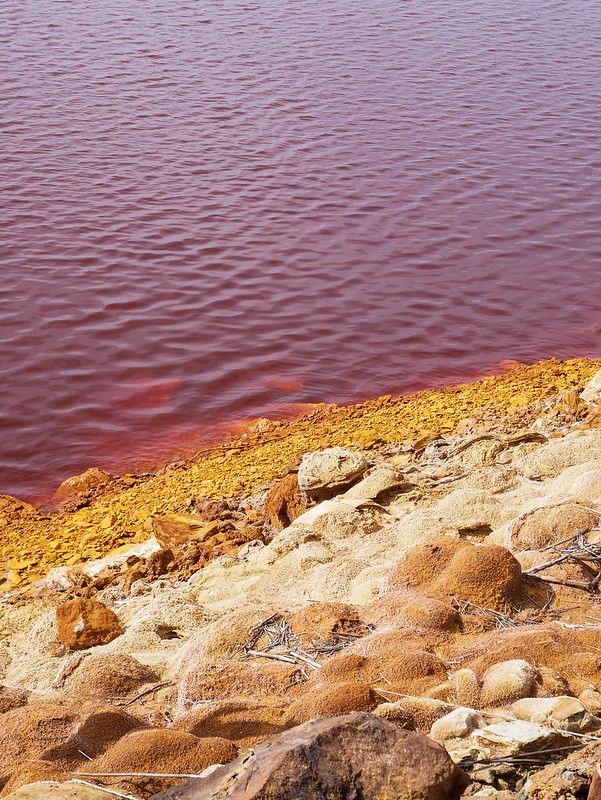 Further up the road was a viewpoint over Cerro Colorado mine which is still active today. It had neat terraces carved into the rocky walls but it wasn’t the prettiest of sights so we were surprised to see a group of people poised with their cameras. I got back into the van, ready to leave while Craig observed the mine a little longer when suddenly Craig shouted “WHOAAAA!” And then a huge bang followed. A section of the mine had just been blasted and a huge volcanic looking plume of smoke billowed up from the bottom of the mine. So that explained why all the photographers were standing and waiting around. 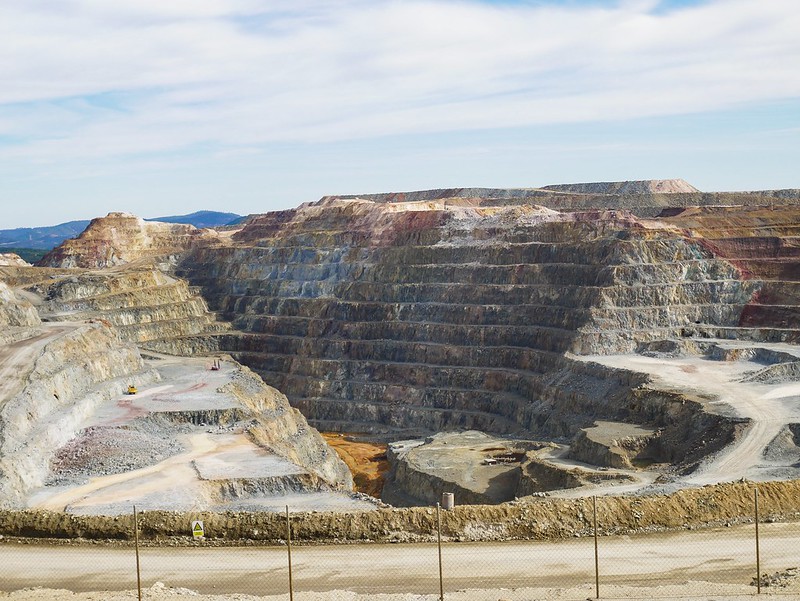 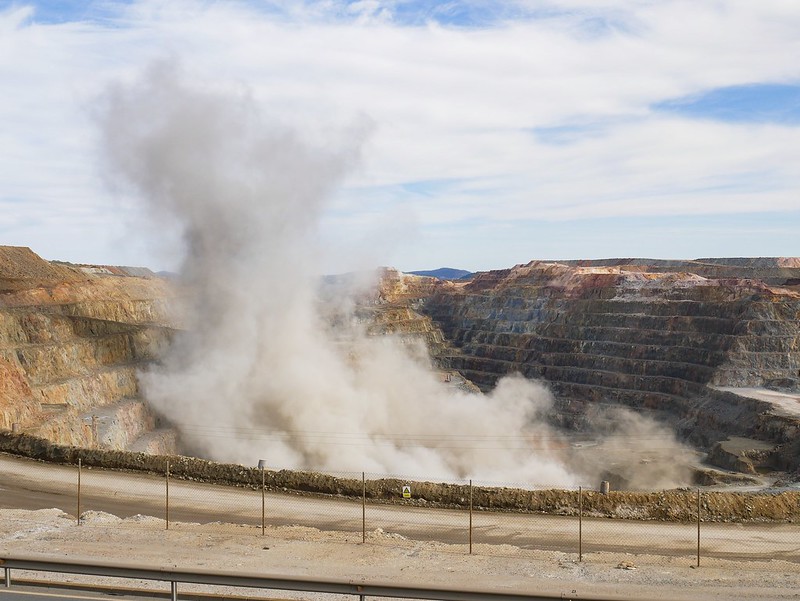 Our next stop was the Peña de Hierro mine which we reached by following a lovely road through the countryside. The hills were covered in neat rows of orange trees which looked like a fancy maze from google earth. We decided to hike around the area tomorrow and spend the rest of the afternoon parked up in the sunshine. We found a lovely spot with a great view where we could enjoy a gin and tonic while watching the sun go down. It ended up being a phenomenal sunset with psychedelic pink clouds filling the sky. We ran up a hill above our camper van for a better view but as we reached the top my foot slipped off my sandal and I managed to step on a sharp stick protruding out the ground. Holy crap it hurt like hell. I hobbled back to the van and had a look at the damage. The stick had sliced an inch long cut across the sole of my foot and I just know it’s going to take ages to heal in a location like that. 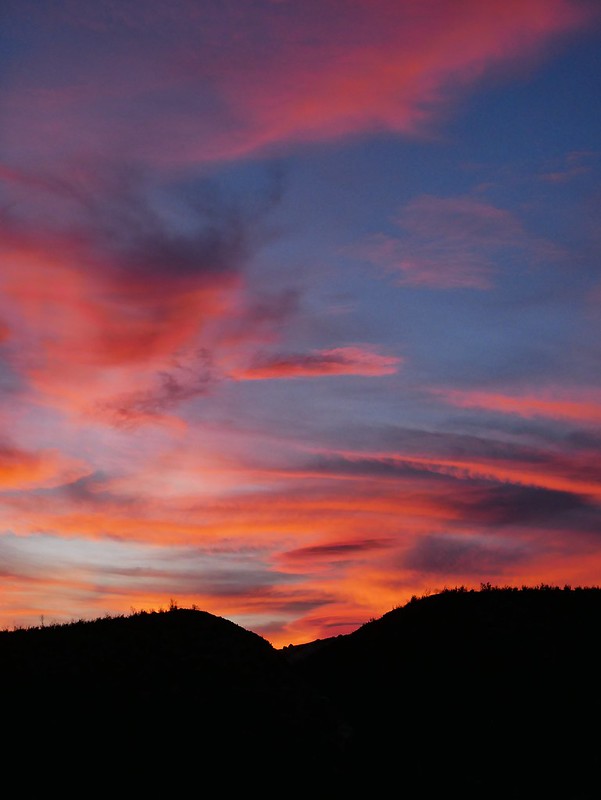 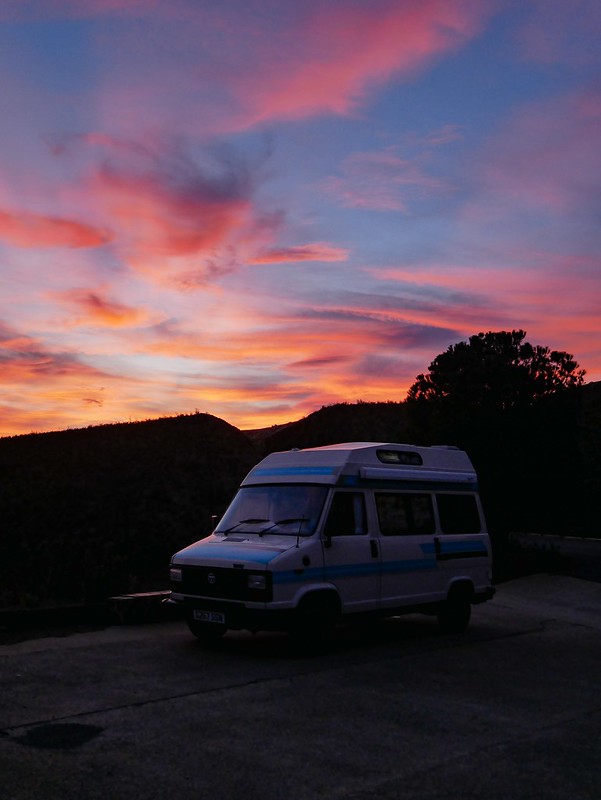 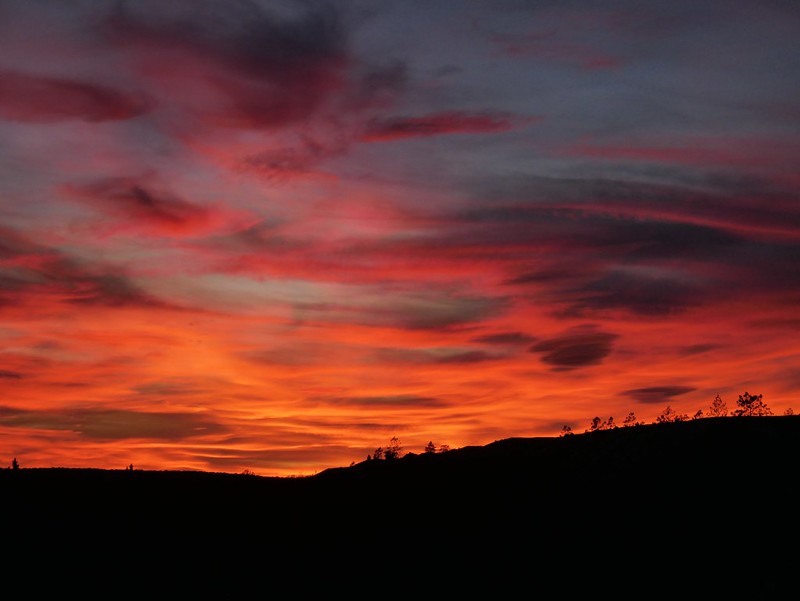 The next morning we set off on our walk around the mine, albeit a little slower than normal as I was trying to avoid putting pressure on my foot. The mine was a large crater built by the Romans who began mining the area for silver. Now a 25m deep lake sits at the base and the walls are covered in a kaleidoscope of colours from all the different mineral ores. 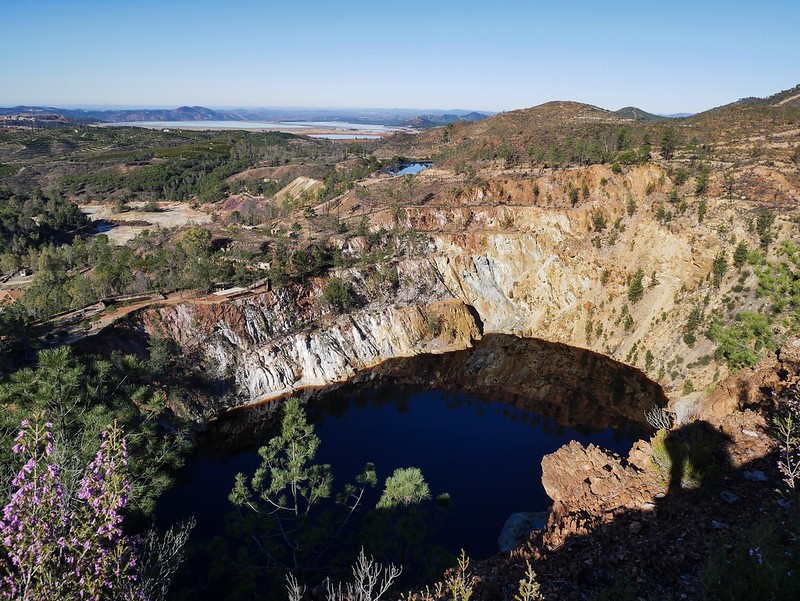 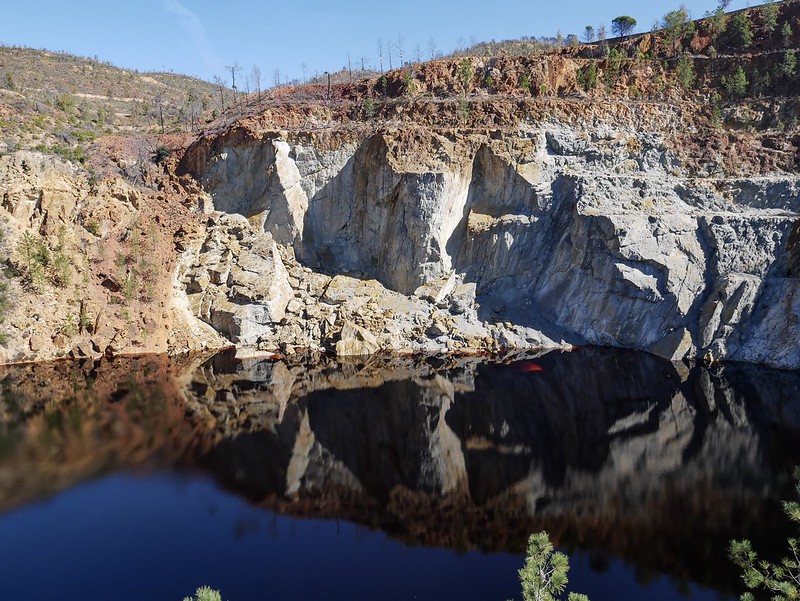 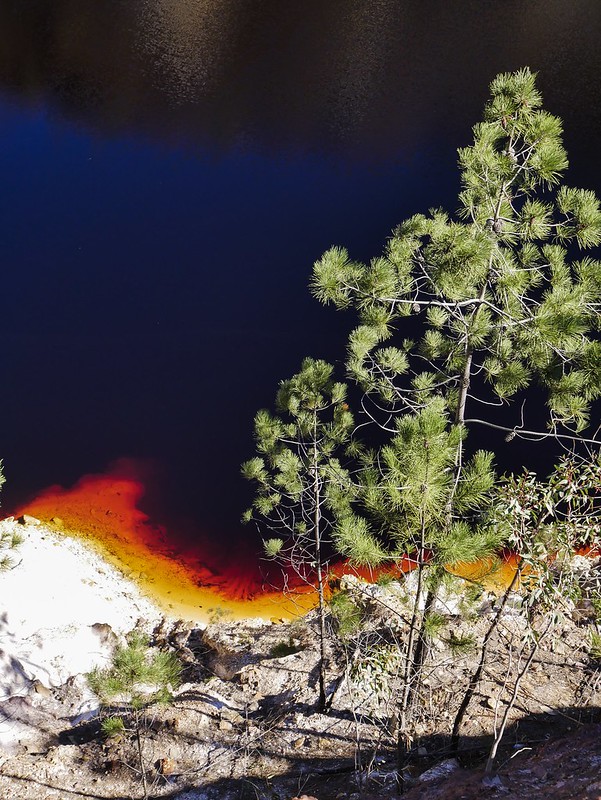 When we got back to Helga we did a short stroll down to a stream which was bright red! I’ve never seen water this colour, except for in a shark attack movie. It was the most intense blood-red colour with bright yellow edges. It reminded us of the volcanic lakes in Yellowstone. 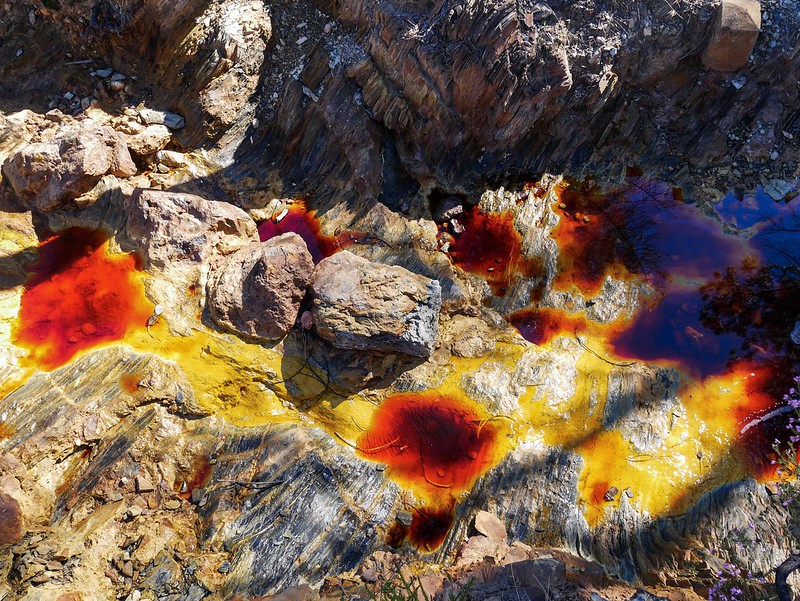 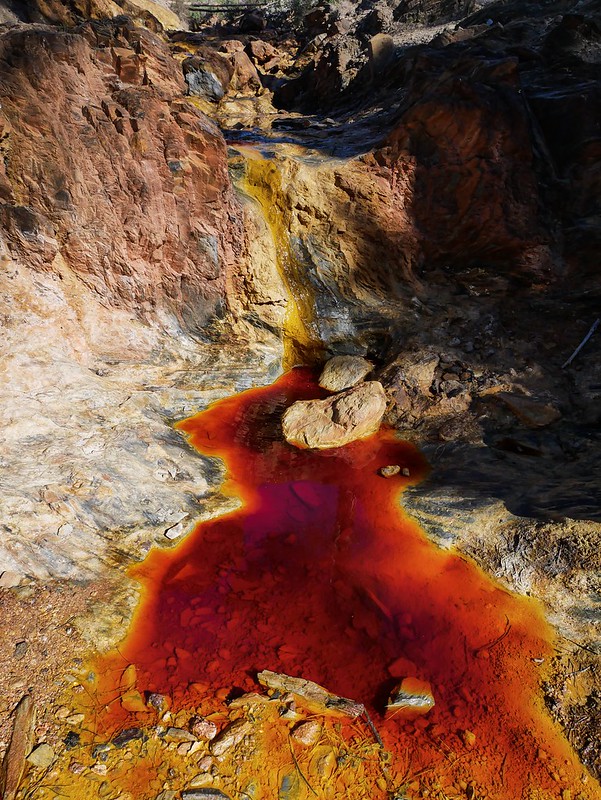 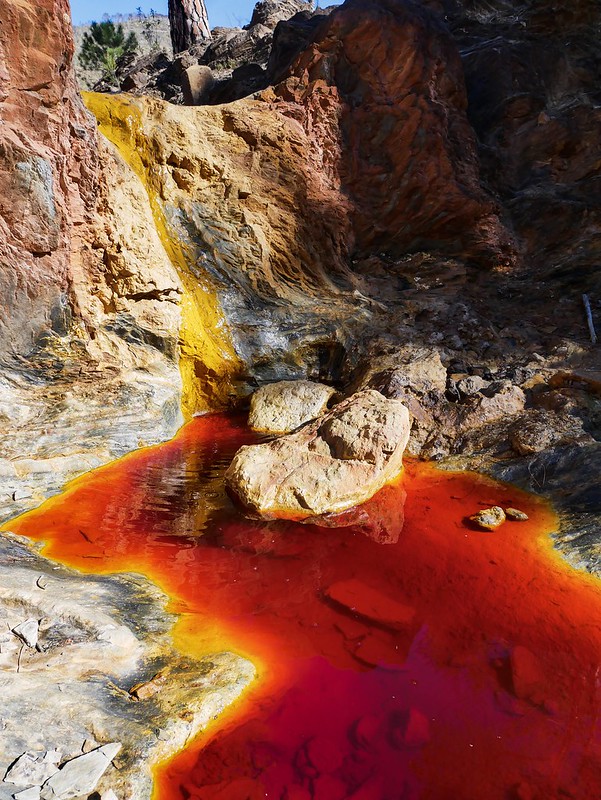 Apparently the water is highly acidic so it can actually burn you, therefore it’s inhospitable to most types of life, with the exception of a sulphide consuming bacteria which thrives here and NASA have been studying this area because of it. These organisms produce ferric iron, a rust coloured substance which gives the river it’s red hue. I’ve also read that the river is red from the variety of minerals. Either way, it was a really cool sight to see in person and we enjoyed feeling like we were exploring another planet for a couple of days. 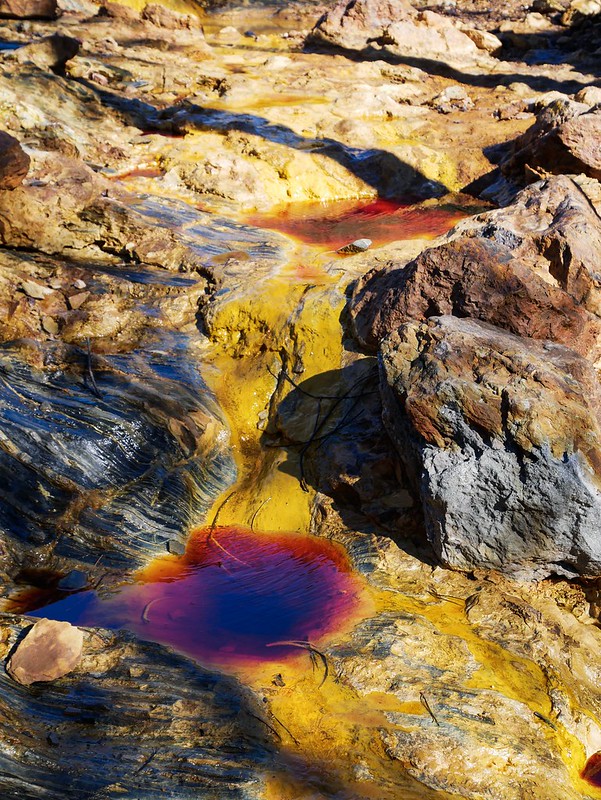 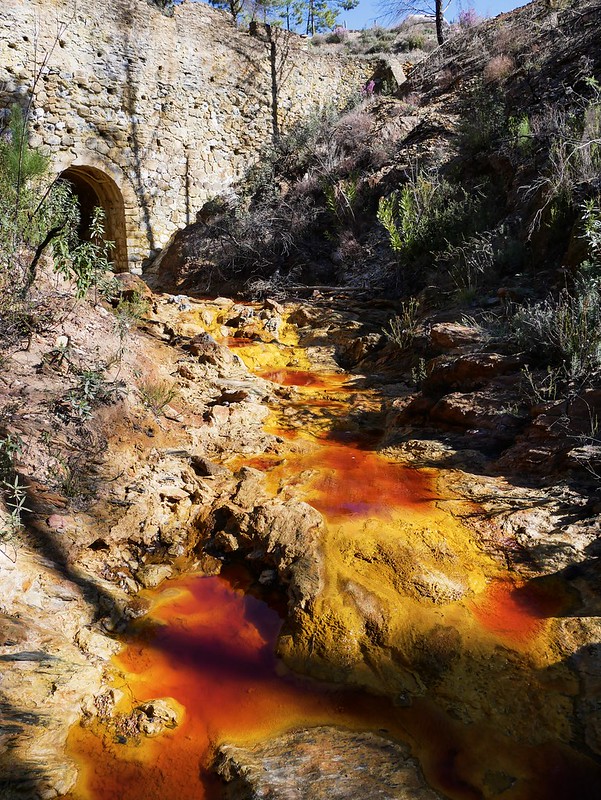 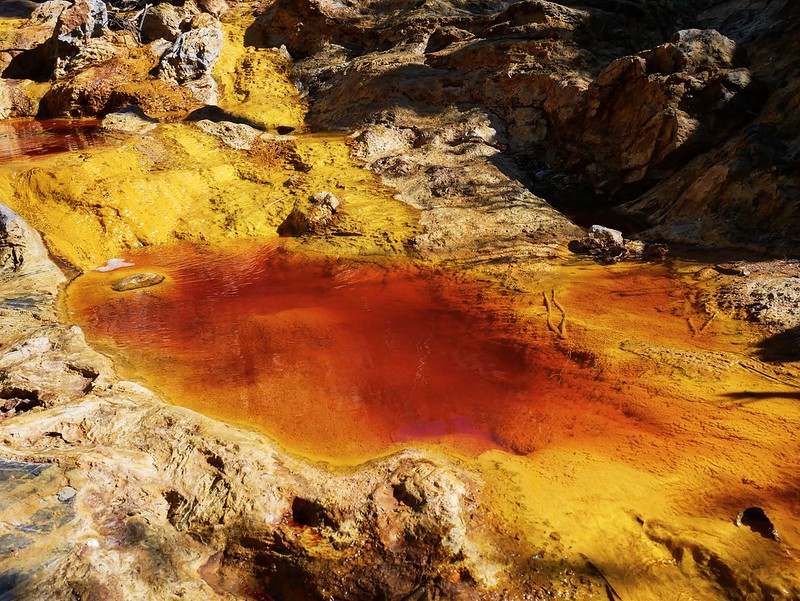