We’re always drawn to the mountains, it’s our favourite place to be and northern Spain is home to some spectacular ones. The only problem is it’s January and the temperature is preventing us from exploring some of these areas. We can handle the cold weather but Helga our campervan isn’t built for arctic conditions. She doesn’t have much insulation and heat escapes quickly through the many windows, but on the plus side we have fabulous views in all directions. We’ve already spent the past week in the mountains but they’re addictive so we got our map out and figured out where to head next. There’s a natural park called Somiedo and it’s home to brown bears so that was a definite yes for us, the next challenge was the roads to get there. They were steep and full of hairpin bends but after doing a bunch of research we figured out the AP-66 motorway would get us up to 1200m via tunnels instead of passes. Then we’d be cruising along the high plateau with mountains all around us, so it was decided! 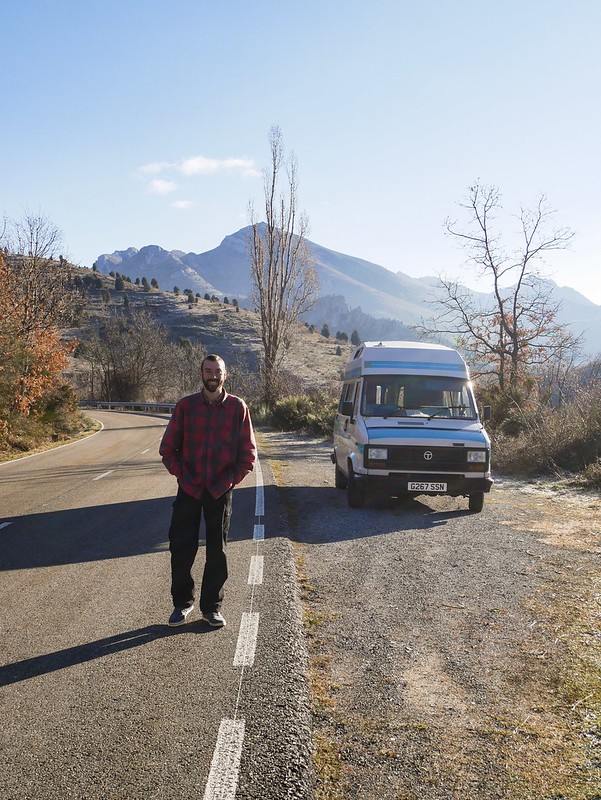 The tunnels were on a toll road which cost us €5 and we pulled off at Embalse de Los Barrios de Luna, a huge reservoir shaped like a big splat. We did a little drive around the reservoir first but the road soon turned into ice and snow that hadn’t melted, probably for weeks as it’s been nothing but sunshine and freezing temperatures in this region lately. We were contemplating doing a three point turn to get off the road but then a simple 2wd car drove past us at great speed which gave us a little confidence to continue…at snail pace. We did end up turning around soon though as we didn’t have a hike planned for that area so we headed to the main valley and into the Babia Biosphere Reserve. 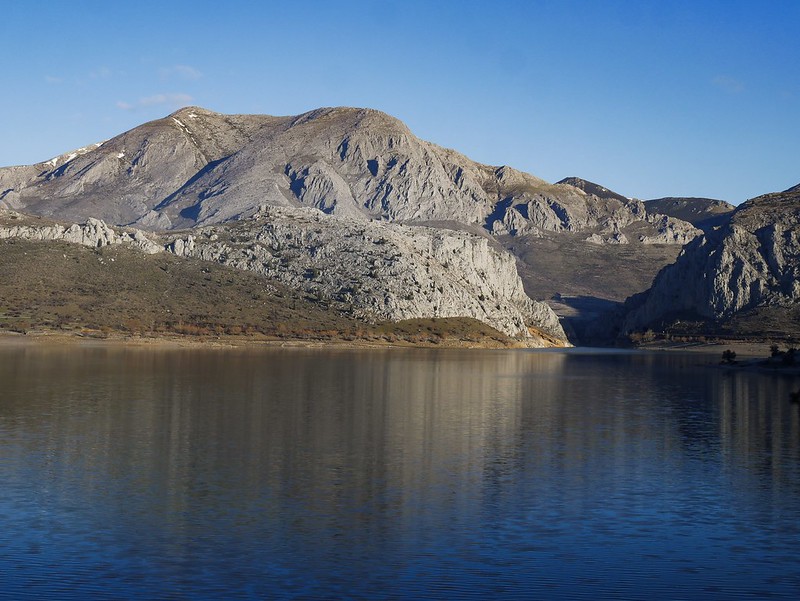 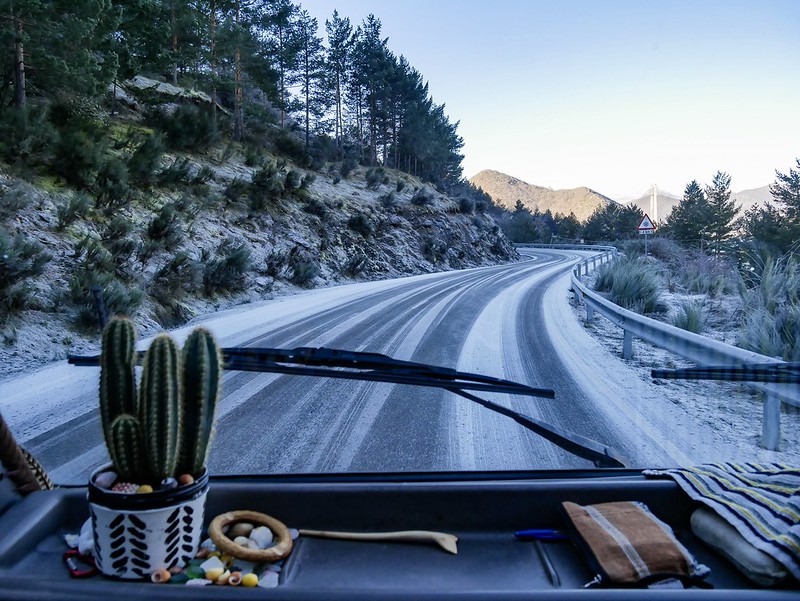 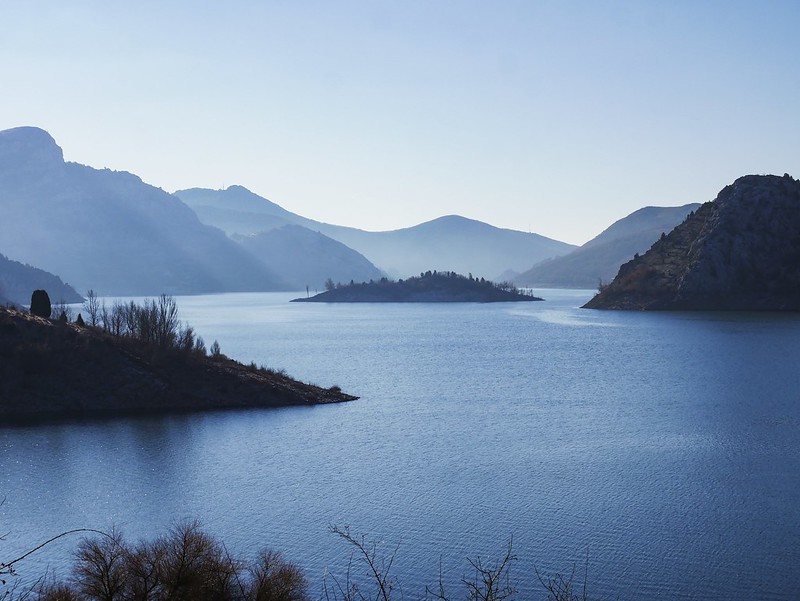 One place I really wanted to hike to was Saliencia Lakes in Somiedo park. We couldn’t drive the crazy road there but I found a back route that was a possibility, from the tiny village of Torrestío. The village was at 1355m and we were concerned about any ice or snow on the road there. So our first stop was San Emiliano, a village at 1177m elevation and the road there was great condition with absolutely incredible views of snowy peaks all around us. Seeing as that route was a success we decided to give the next road a go, which turned into a single track mountain road. Luckily it was only a short route and thankfully it wasn’t steep or icy so we were pretty stoked to of made it there. We’re actually very lucky that it hasn’t snowed in this region in so long, I think it must be rare to have so much sunny weather in January. 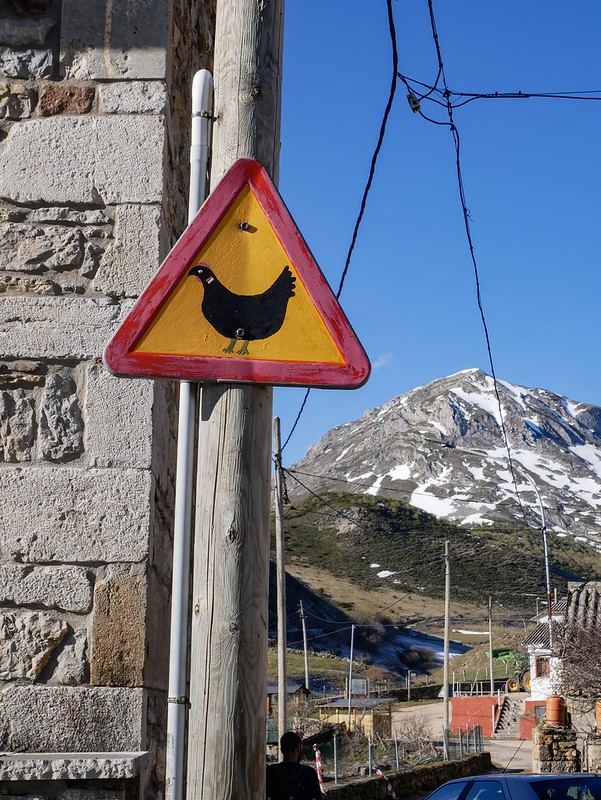 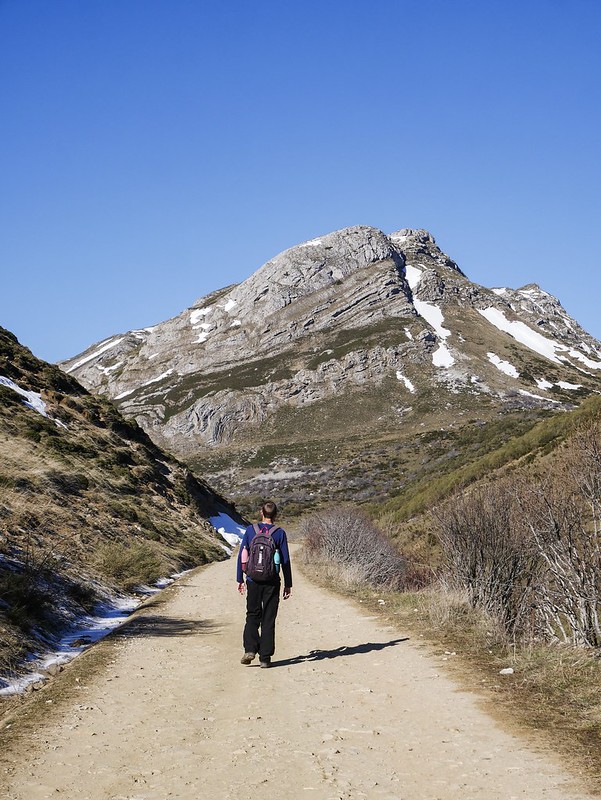 It was already 11:30am but we decided to try and hike to the lakes today, a little crazy and impromptus for us as we like to start early but we made a quick pack-lunch and set off. Torrestío was a cute mountain village, not quite as scenic as others we’ve visited in northern Spain due to a few new builds but the mountain backdrop was fabulous. We didn’t have long to look around though as we made our way to a dirt track, possibly a forestry road, up to Alto de la Farrapona, a 1708m mountain pass. We were surprised when a camper van passed us and headed up the bumpy track. As the road wiggled uphill it went into little nooks that never see the sun and remained snowy. The ditch beside the road was one giant slab of ice and waterfalls that trickled down the hillside were frozen in time. Then the whole road became a sheet of ice, shiny, slippery ice like it was about to hold the curling championships. We could see the camper van had come to a stop ahead of us and we weren’t sure if it was to enjoy the view or because they’d become stuck. Well it was of course the latter, they had a 2wd van with summer tyres and no snow chains. They’d actually almost managed to pass the 100m stretch of ice but then their wheels lost all grip and they started sliding across the road. When we reached them the guy was trying to jam rocks behind the wheels to stop the van from sliding back and they both looked pretty horrified at the situation they were in. There wasn’t anything we could do to help and we were also on a massive time limit due to starting the hike so late so we had to leave them there. I felt sorry for them but I also felt like that was a stupid fucking idea. Who attempts to drive up a 1700m pass on a dirt track in winter?! They were asking for trouble. Anyway, further up the road a huge area of snow that had frozen into a solid 2ft tall slab of ice blocked the road. Even if they got past the ice they’d be stuck here with no where to turn around. 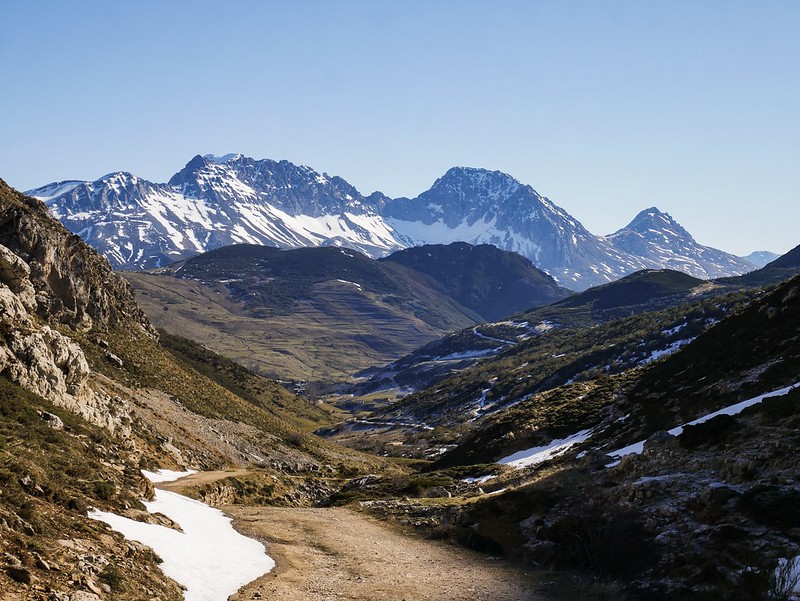 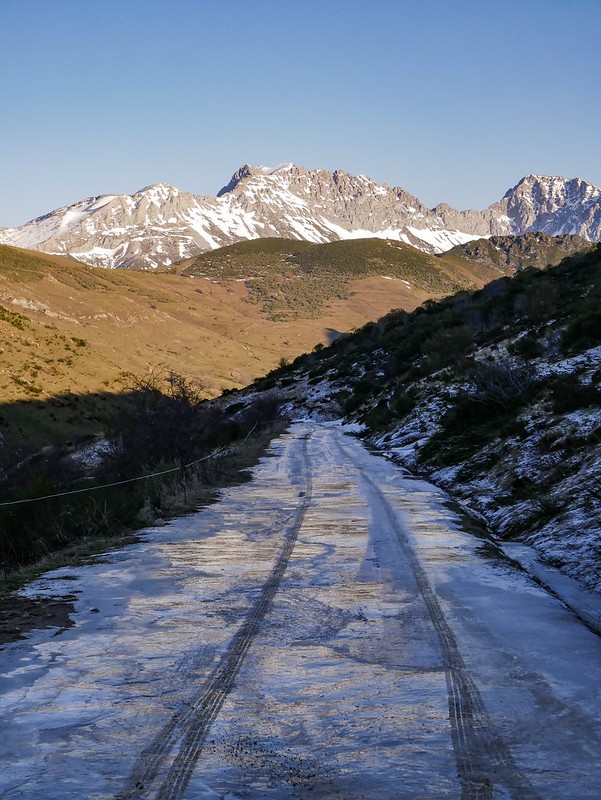 We passed some wolf or lynx scat and then our muddy gravel track met a wall of snow as it headed up the final 20 meters to the pass. The pass also acted as the border between two provinces so we crossed over from Castillo de Leon into Asturias, and it was pretty funny seeing our side being an impassable dirt road while Asturias had a paved road and parking area. 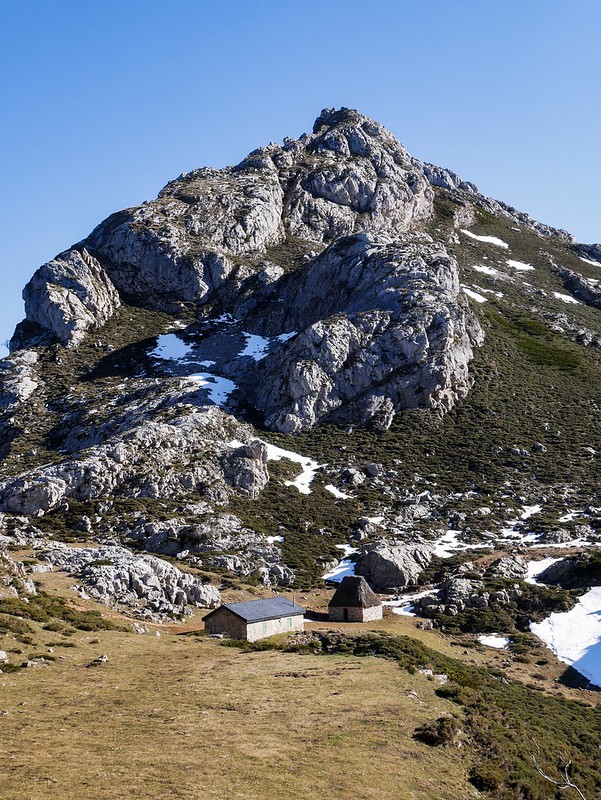 After about 4km along the track we were finally able to start the actual hike to the lakes. The path was mostly in the shade so we carefully walked along the hard snow and across an old avalanche that covered the route. In the distance there were some red coloured mountains which was from the old mining days and soon after we arrived at the first lake, Lago de la Cueva. The lake was encircled by rugged peaks, the edges had an emerald tinge and the gravelley shores were a burnt orange colour. Part of the lake had frozen but most of it was a fabulous emerald colour. 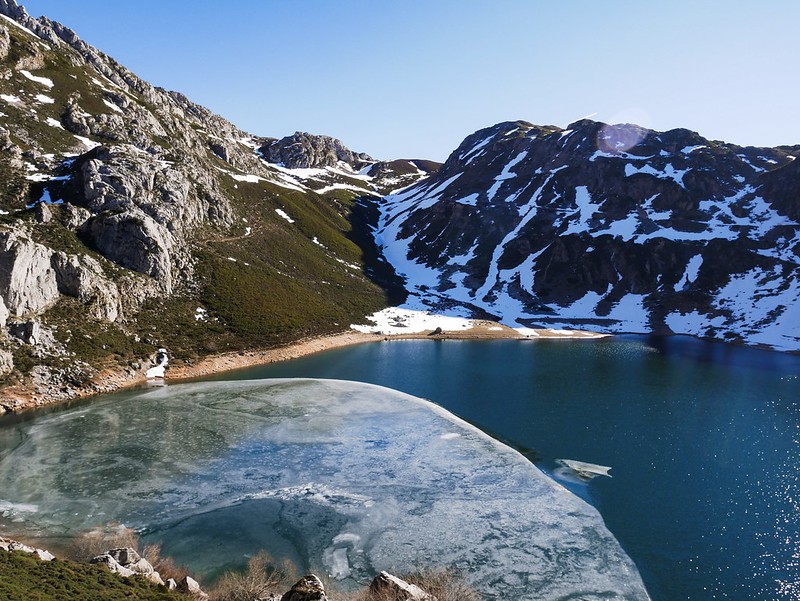 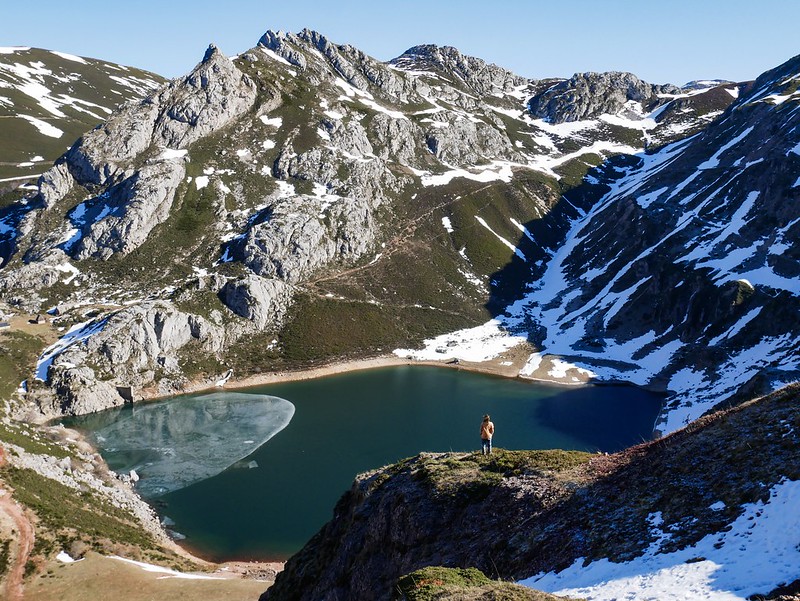 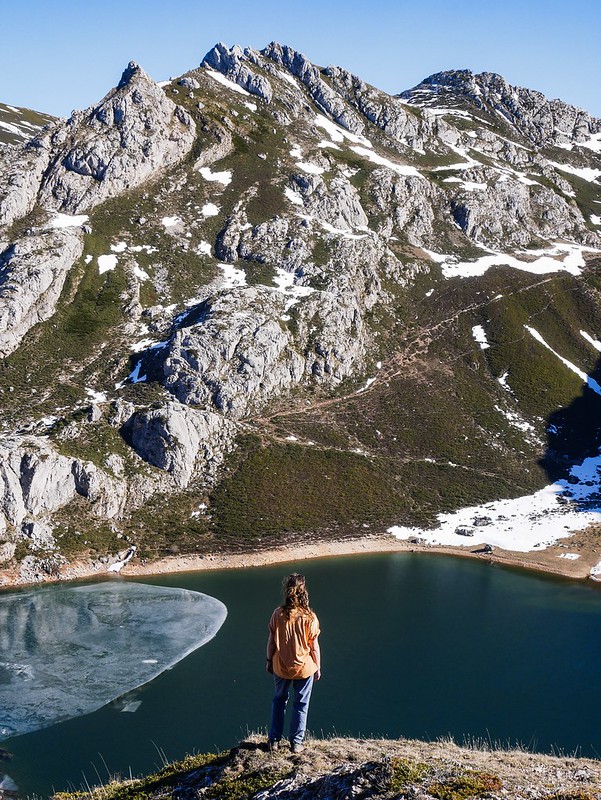 We followed the trail to the next three lakes which were all frozen solid and then we decided to follow the less trodden path that encircles the first lake. It was mostly north facing so snow covered most of the path but we were able to avoid some sections by climbing around on dry ground. The next section involved putting our feet into deep holes made by previous hikers when the snow was fresh, now they were hard, icy holes but we managed to make it work. After getting about halfway around, the whole back area became a sheet of ice that plummeted down to the bottom of the valley. We tried a couple of different routes but Craig’s vertigo started hitting him and after I gloated about feeling fine I looked between my legs at the long drop down and decided I was more than happy to give up. We had a very long walk back and sadly didn’t spot any bears or evidence of them but to be fair I wasn’t expecting to as they’re most likely hibernating now. We did see a lot of paw prints, possibly from a lynx as they looked like huge cat prints but the only actual wildlife we saw was a chamois, a sort of goat looking animal who was running along a precarious, rocky ledge. 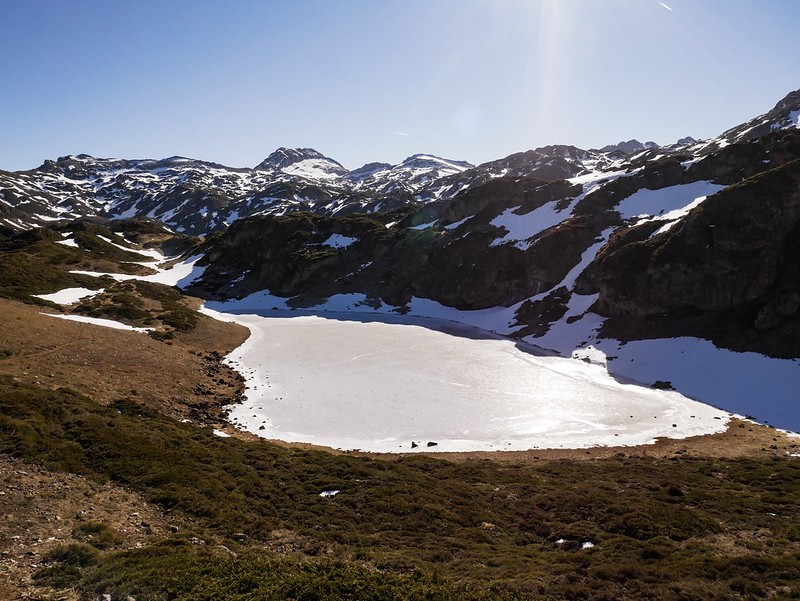 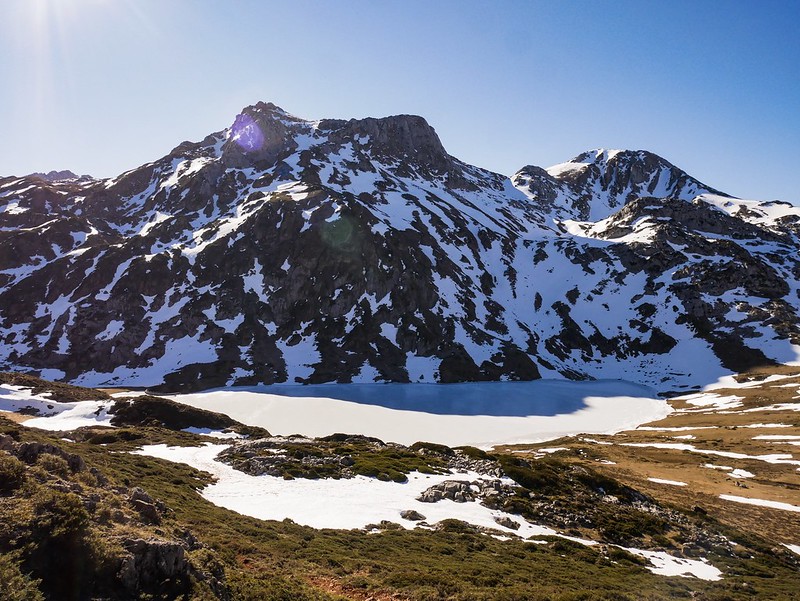 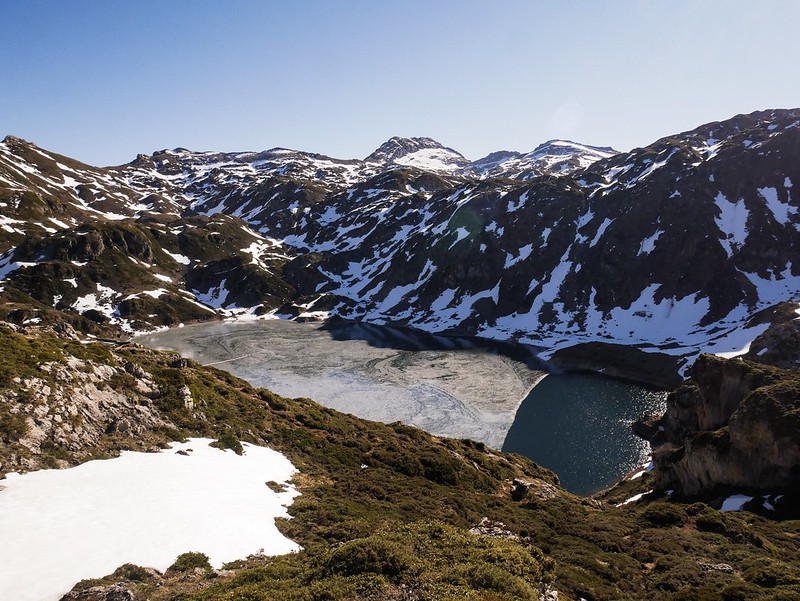 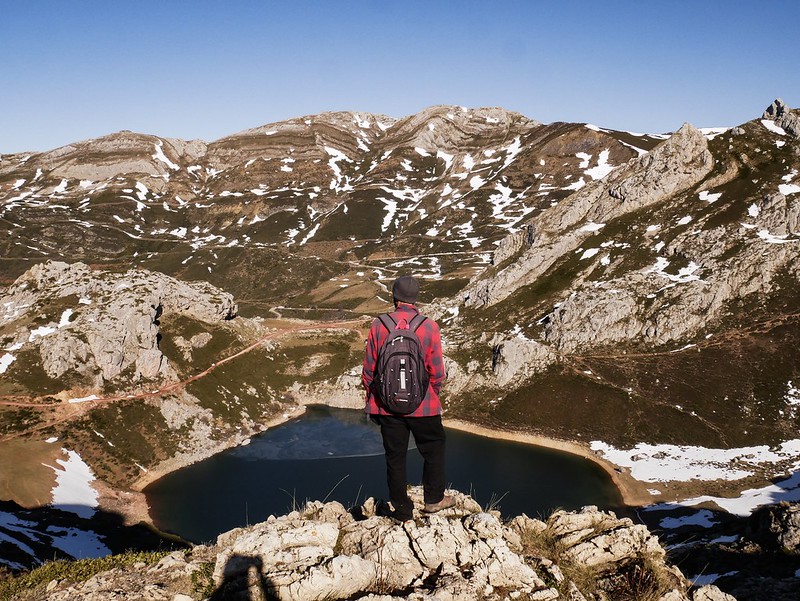 When we headed back down the dirt road the camper van had vanished and seeing as I didn’t spot it crashed in the valley below us I assume they managed to reverse back down the road safely. We were absolutely delighted when we got back to Helga as she’d somehow been parked in the sun all day. She was about 15° inside so we were lovely and toasty. Our biggest fear for the area was the cold temperatures at night as it’s always colder than the forecast seems to predict. Fingers crossed we survive the first night and can stay a little longer in this magical area. 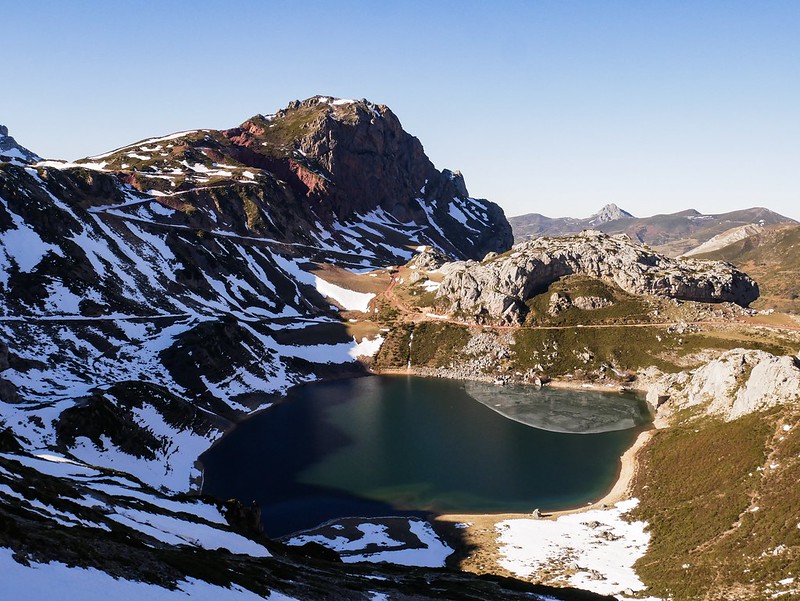 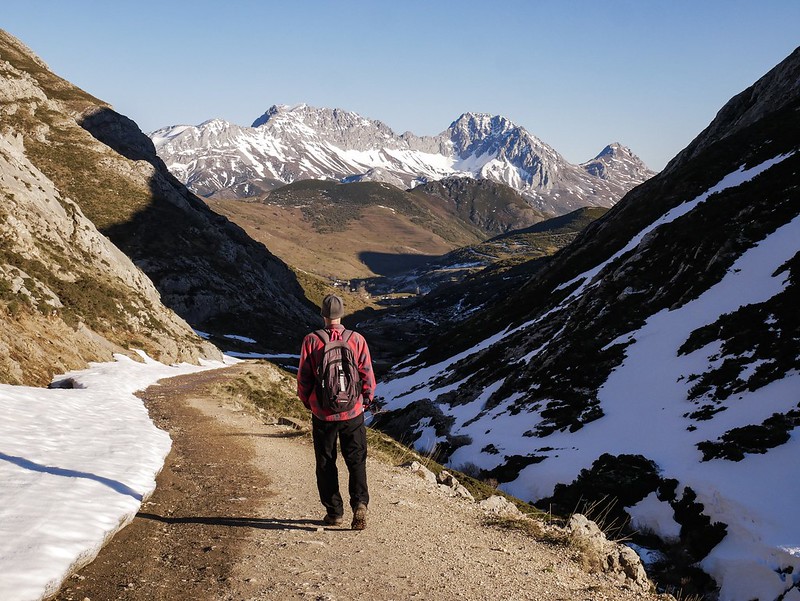