It was -5° last night and we woke to a thick frost on the ground and foliage around us. I was just about warm enough with my head tucked under the duvet while clinging onto my hot water bottle but getting out of bed is becoming a challenge as Helga isn’t insulated at all, that -5° was what our thermometer was reading inside our van. Our water tank had frozen along with our grey waste so when we spat our toothpaste down the sink it just sat there looking at us. Anyway, we rushed our breakfast when we noticed the sun had started to kiss the mountain tops and turn them a fabulous pink colour. 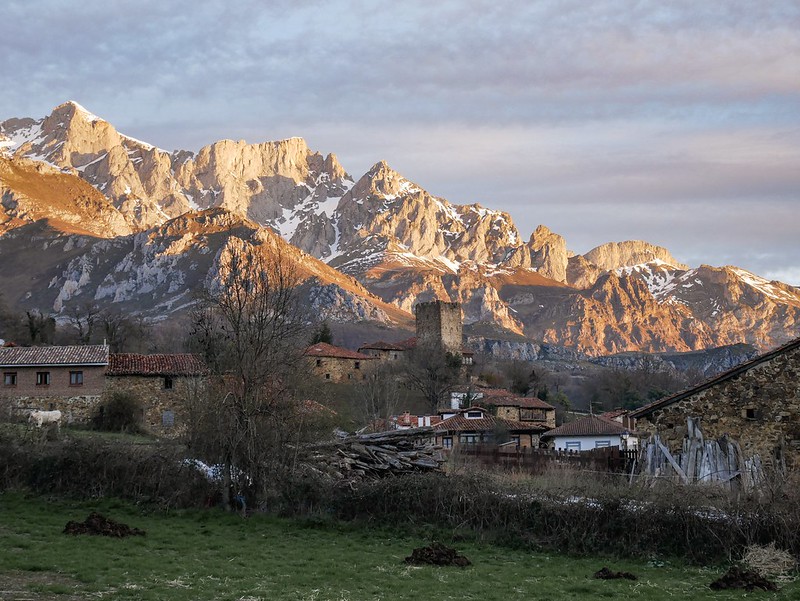 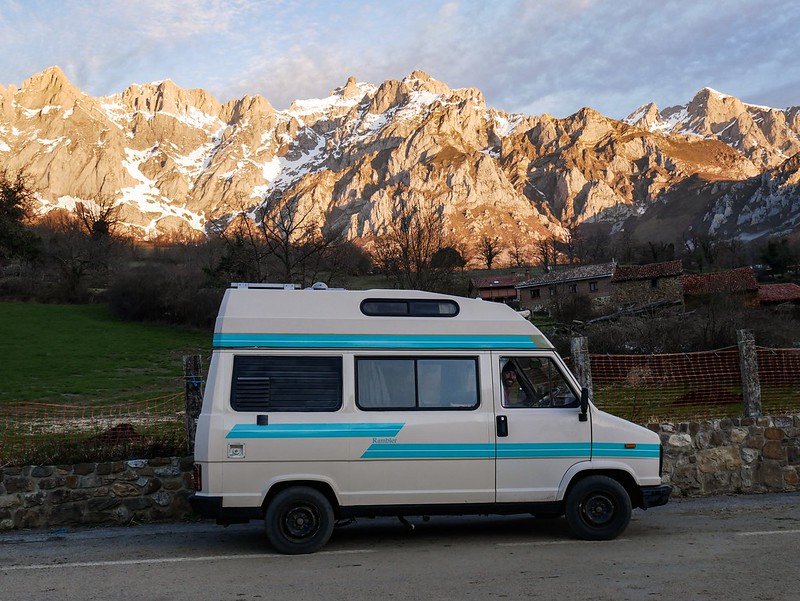 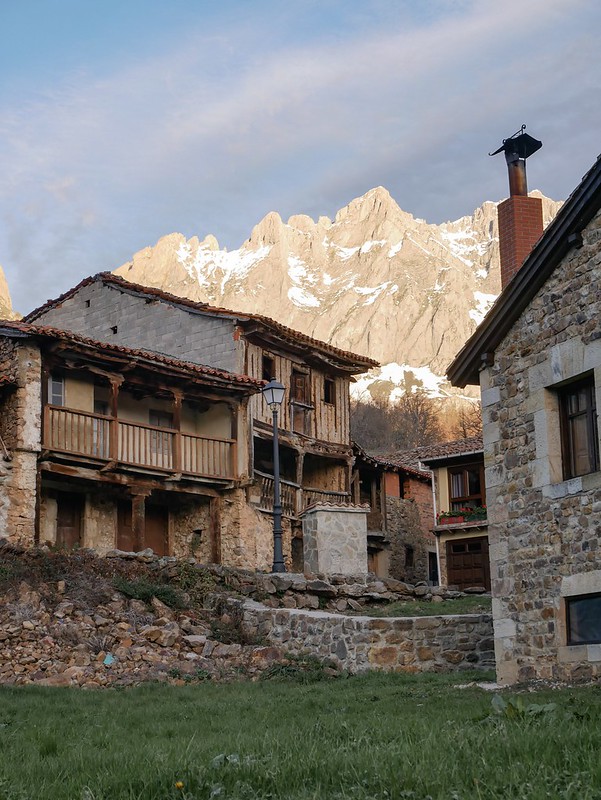 We hit the road straight away and made our way to the little medieval village of Mogrovejo which sits at about 600m altitude and has the most magnificent mountain backdrop. The peaks were glowing a golden orange colour which made it rather tricky to photograph the village in the foreground as all of the terracotta roofs were blending in. The houses were rustic stone buildings and it had a wonderful old charm to it. Much to our delight a couple of fox-coloured dogs ran over to us. They were so affectionate and really enjoyed a stroke, leaning their bodies against our legs until they collapsed backwards for belly rubs. Two more dogs appeared, a chilled little beagle and a rather excitable dog who kept leaping in the air like a kangaroo. 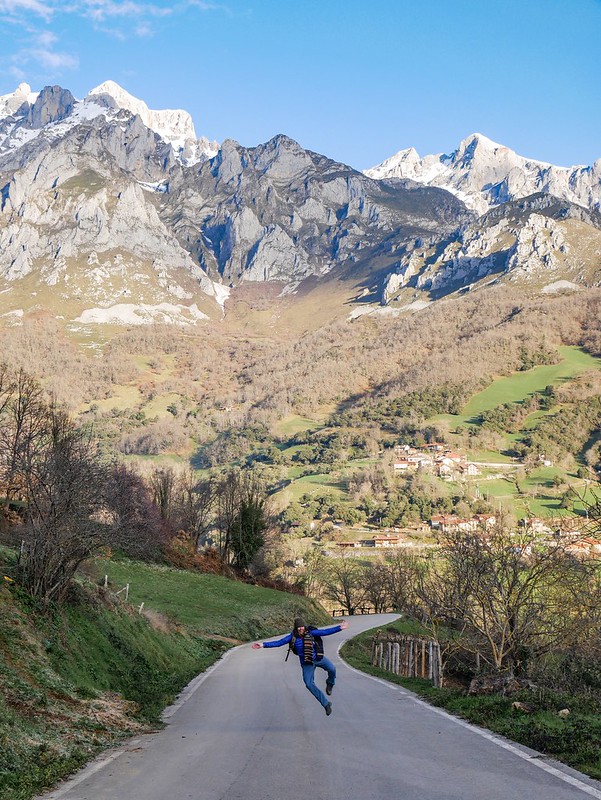 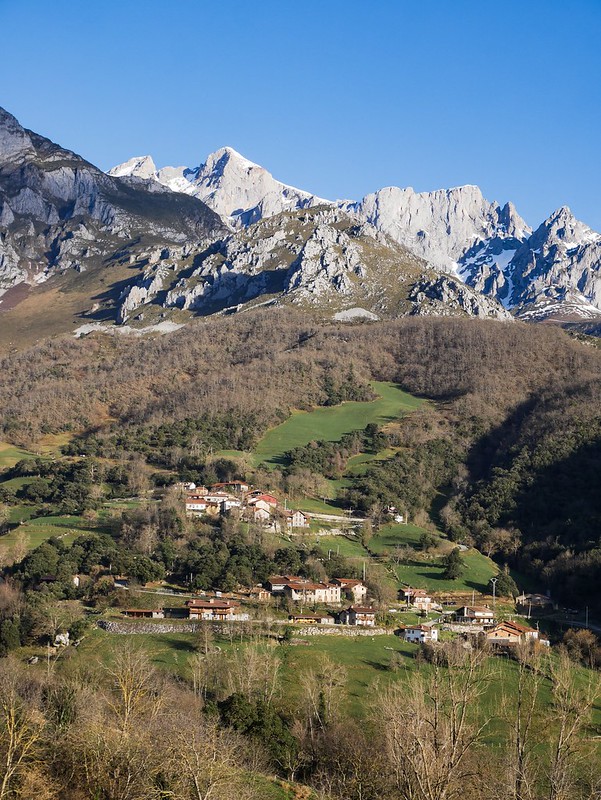 My plan for today was to walk from Mogrovejo to three other villages, the final one was Brez where a 5.6km loop hike headed towards the mountains. The road up to Brez was quite steep to drive so this killed two birds with one stone as it meant we didn’t have to take Helga along. So we set off down the deserted road towards the rustic village of Redo. From here we were able to veer off the road and down a track that dipped to a river at the bottom of a valley and all the way back up to rejoin the road. The view looking back to Redo was spectacular with the sun now high enough to light the whole landscape up. 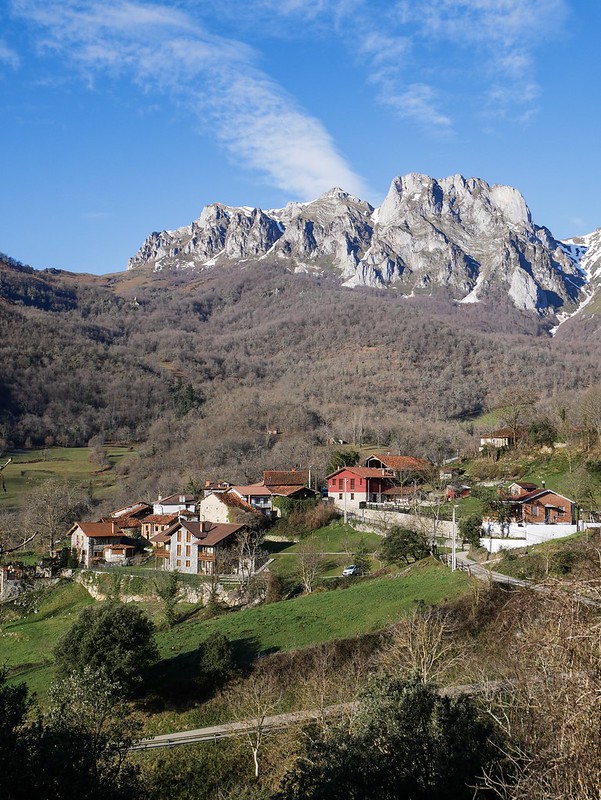 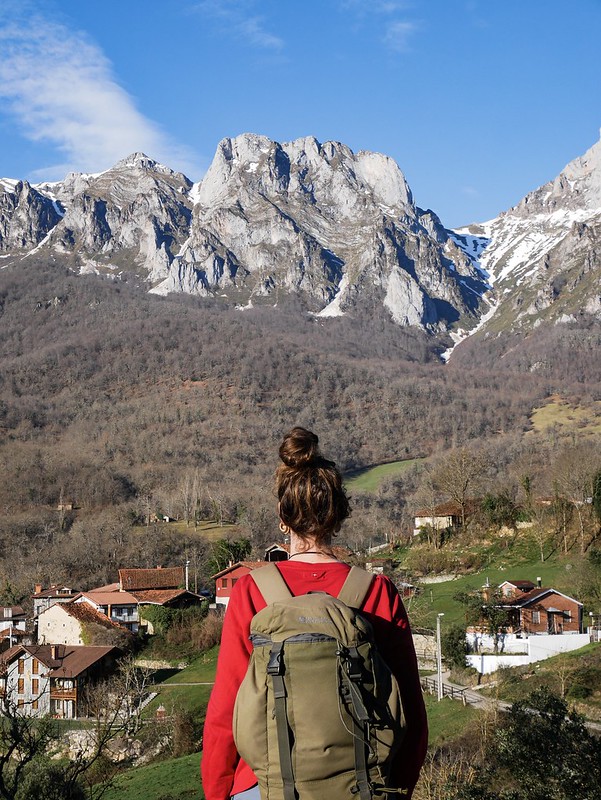 Tanarrio village was a similar style to the other two and a joy to wander around. Some of the houses were crumbling to the floor while others were in a similar poor state but somehow still being lived in. A few housed livestock downstairs and many of them had traditional wooden beams for structure and some of the balcony’s had intricate wooden carvings. 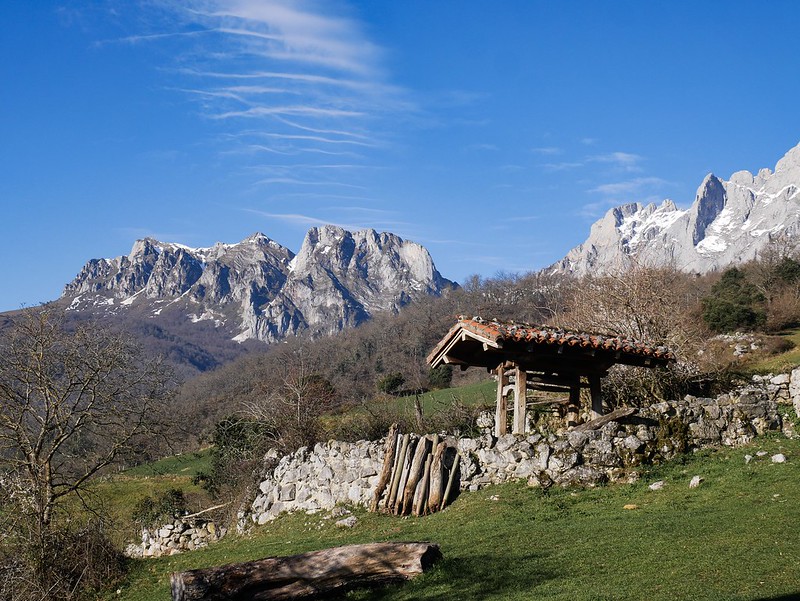 The livestock in this area all wear big bells on their necks and it’s one of my favourite sounds. With the bells jingling and the dramatic mountain view I could of easily believed we were in Switzerland. It didn’t take us too much longer to reach the little hamlet of Brez which sat in a fabulous location. We commented on a balcony that was completely in the shade and said “that’s a bit naff” but as we turned around and saw the view of sheer mountains we realised it was a rather strategic position. In fact it didn’t really matter which way you built your house and windows here because there was a dramatic mountain view in every direction. 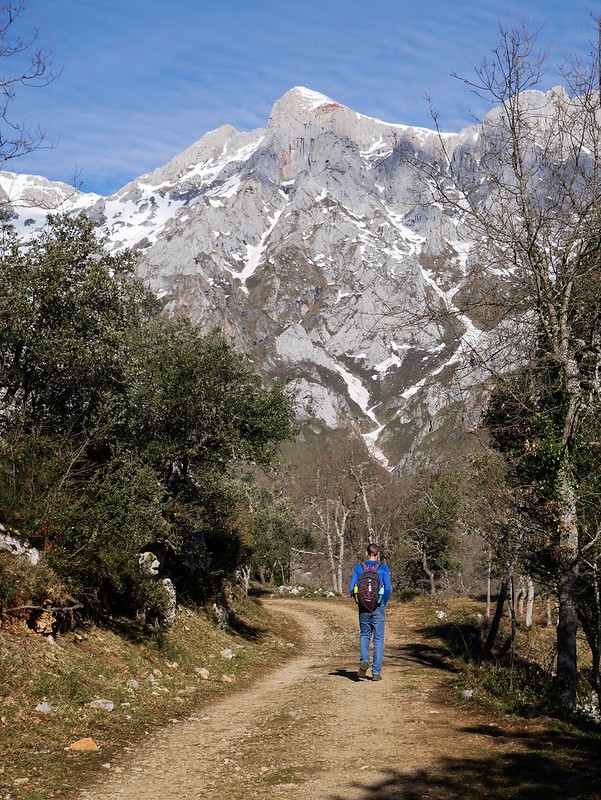 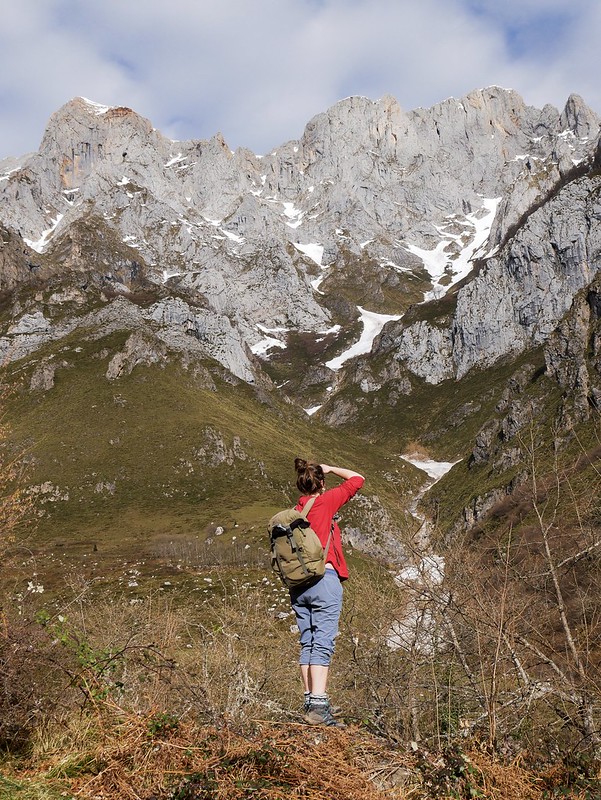 From Brez we were able to head up a steep tarmac track with lines gauged through it to give vehicles grip, and from the top we joined our footpath. It was a very scenic 5.6km loop with the gigantic bare mountains rising to our right. It was a delightful little stroll and we had the whole place to ourselves. It might be freezing cold during the night but it’s so nice to have these magical places to ourselves during the quiet winter months. Before the trail began looping back we sat on the grassy ground and had our pack lunch with a view of the cliff-like mountains rising high above us. On the way back we met even more dogs, a couple of them were shepherd dogs and it was so sweet to see them watching over their herd of goats who were roaming across the hillside. These huge dogs are big friendly giants but they’re very protective and are used to keep wolves away from their livestock. In fact we saw a couple of the dogs had sharp metal spikes around their collars which is to protect the dog if it gets into a fight with a wolf! 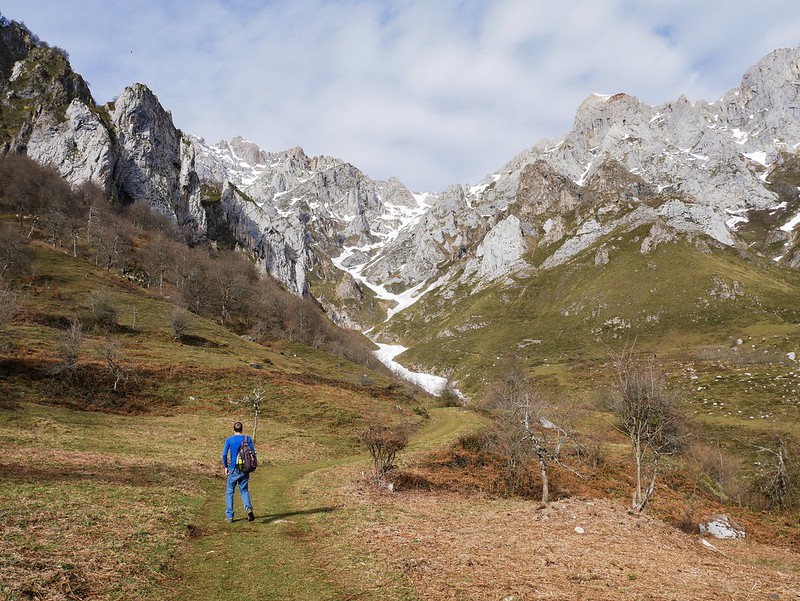 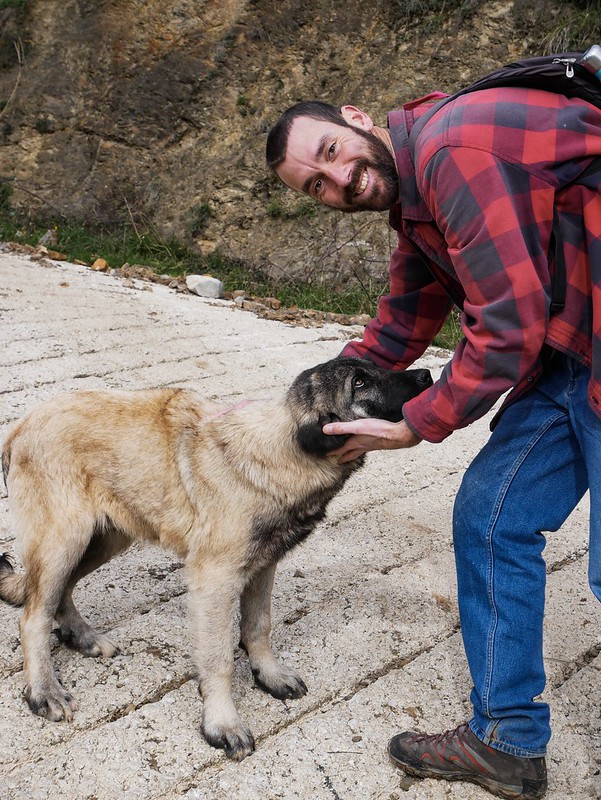 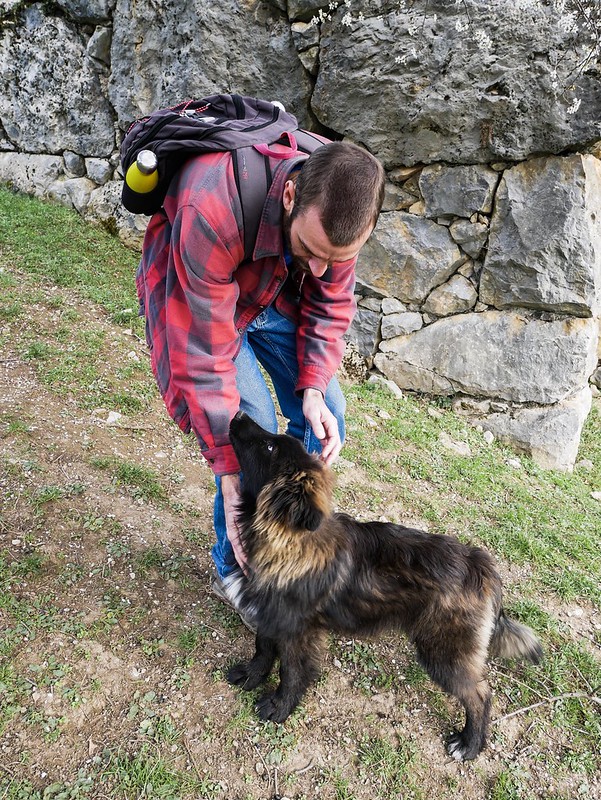 The route back followed the same way we’d come which I normally wouldn’t like but with 360° views it was really nice walking towards a different mountain scene. We were pretty shattered by the time we got back to Helga but I wouldn’t shut up about what a great hike I took us on and how amazing the views were. 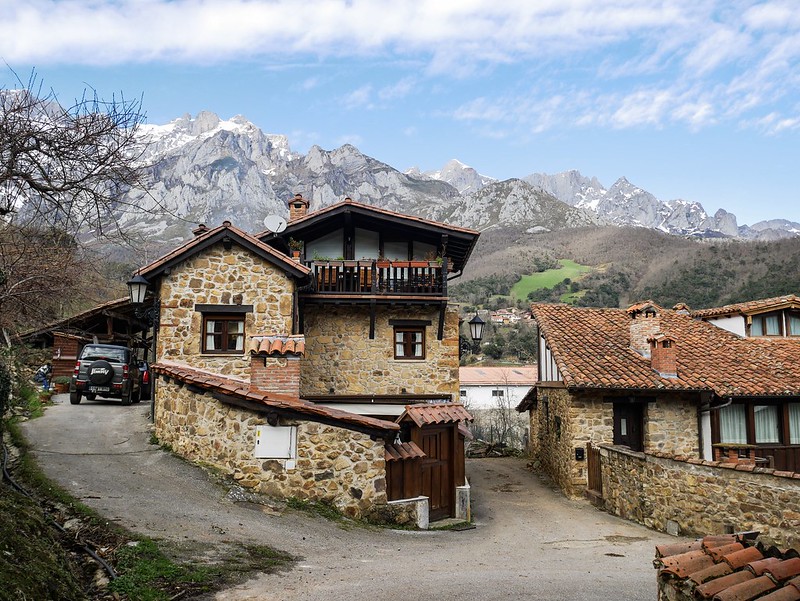 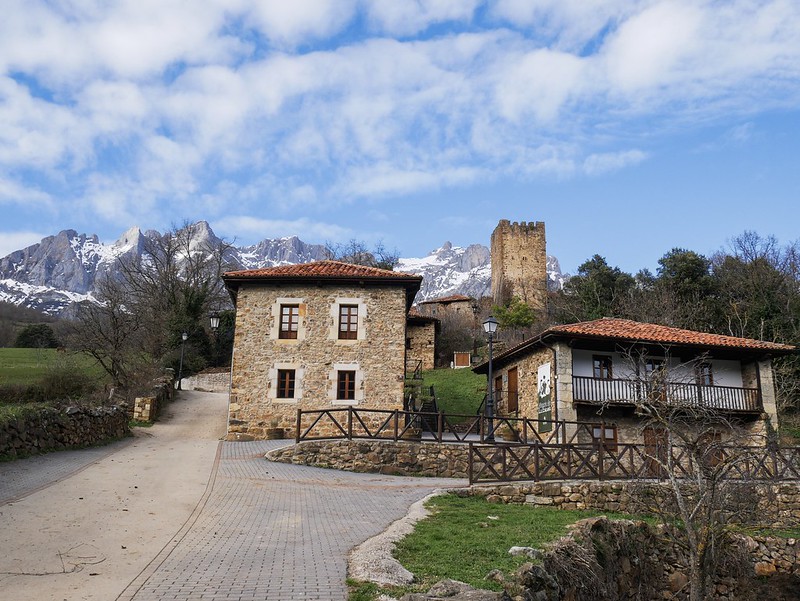 After a cup of tea we headed off and left the eastern area of Picos De Europa to explore the northern section. On our drive west we passed through a gorgeous valley where a thick layer of fog hung around the river below us, creating a beautiful white blanket. I can’t get over how beautiful this area is. 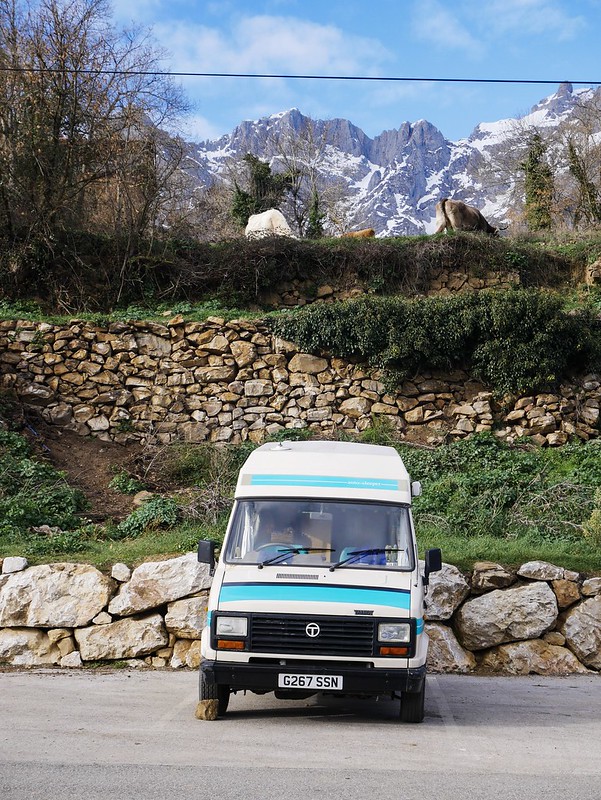 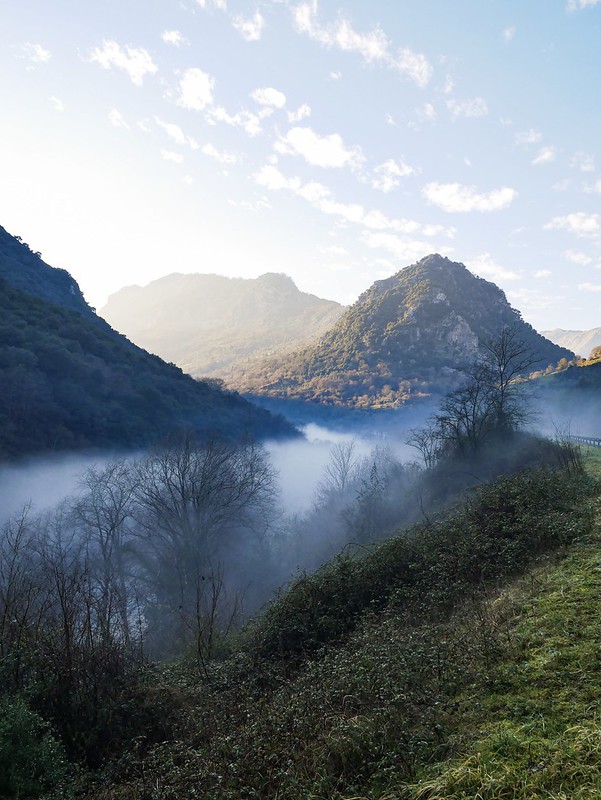