Winter vanlife has it’s challenges and we were about to be hit by our second named storm in a matter of weeks. We can cope with rain and hail but the wind is our biggest worry as the gusts are powerful enough to blow a campervan over. We had a day spare until the storm was due to hit us so we spent it at the Gap Of Dunloe, where a single track road led up an almost gorge-like valley. Tourists are advised not to drive the road and to walk or cycle instead. I think this is due to the busy summer months having horse and cart trips up the valley. 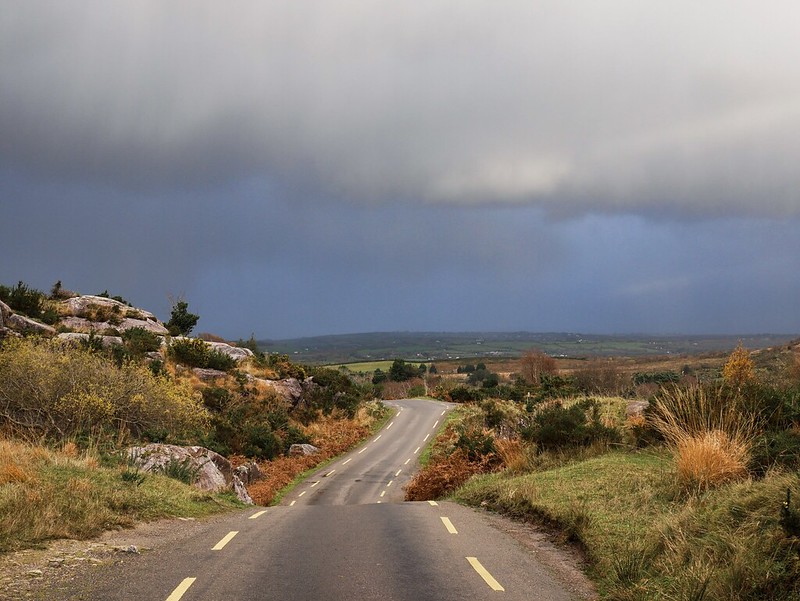 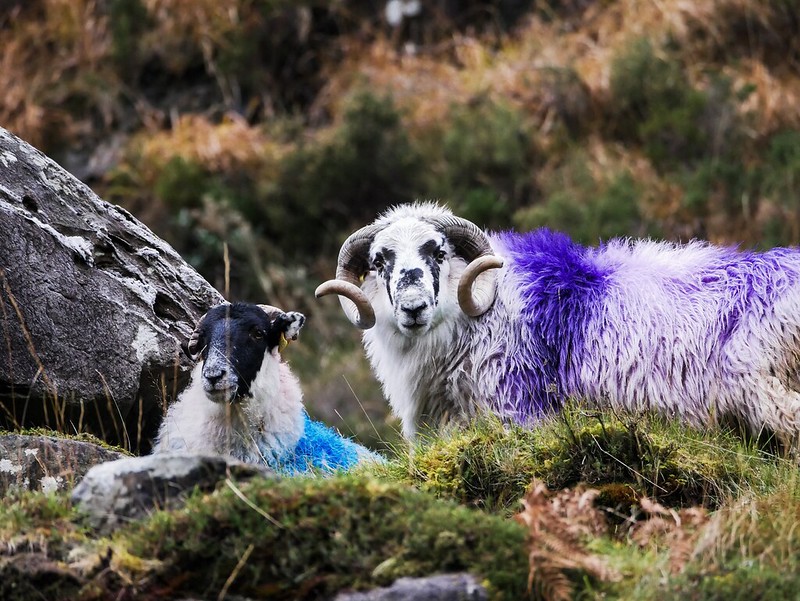 So we set off on foot and followed the road past a series of lakes until we made our way up the s-bends and stood between two black rocky walls. This was the narrowest point of the valley so I assume this was the ‘Gap’ of Dunloe. It was alright…but it wasn’t worth the long walk on hard tarmac. We would of been fine driving part of the road and saving our legs instead of doing a 10km walk, especially in winter as the road was empty. 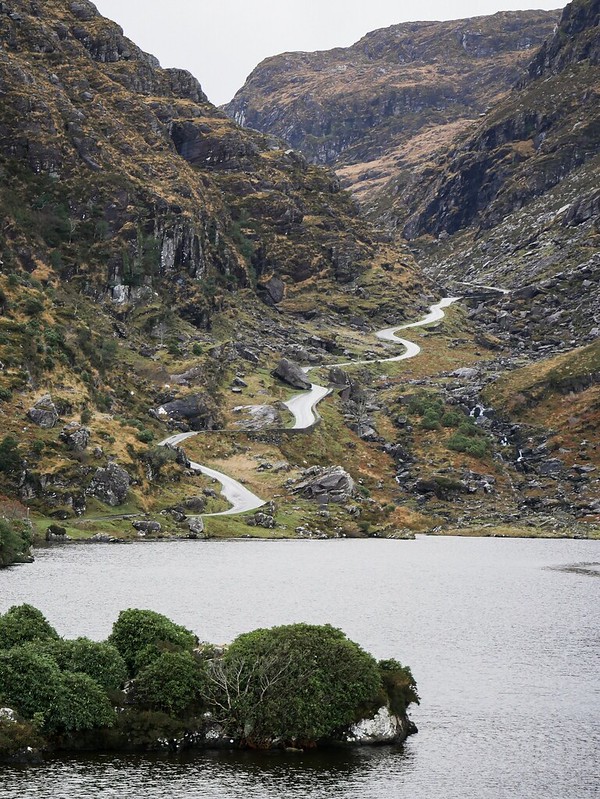 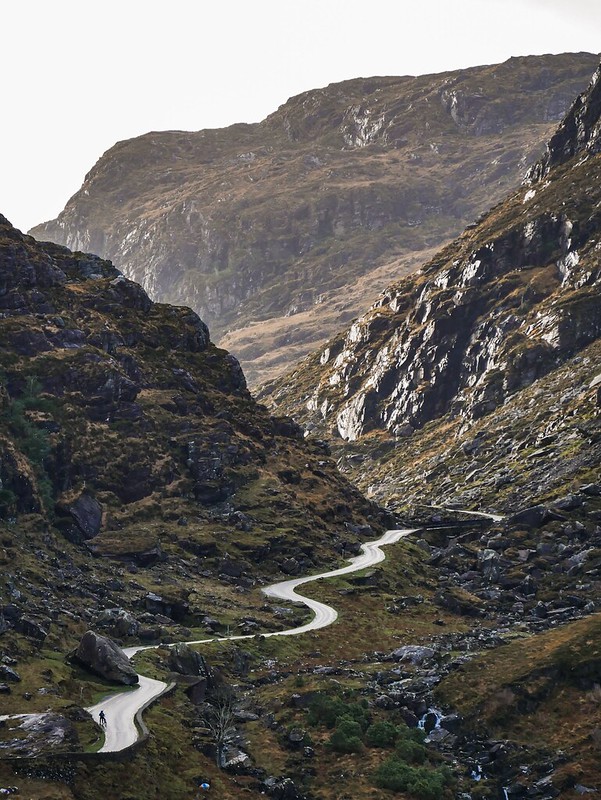 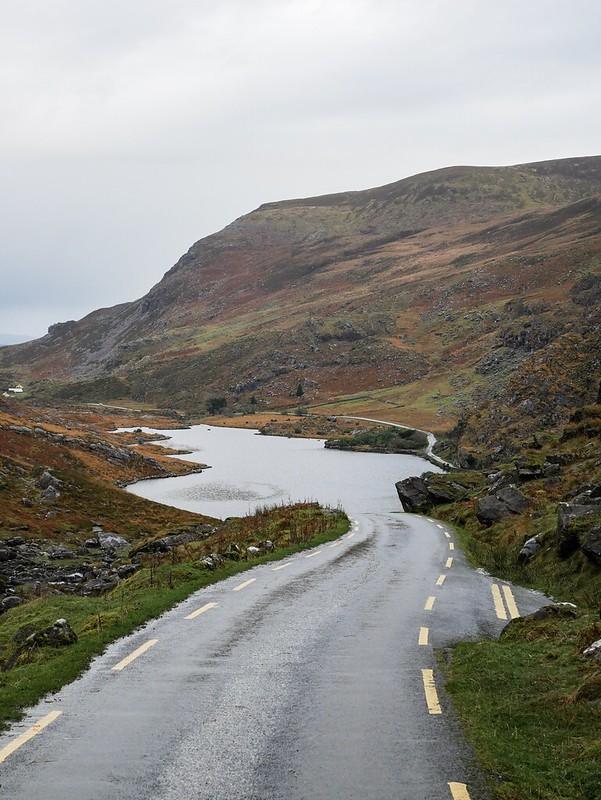 We spent the rest of the day doing chores like laundry and stocking up on food and water so we could wait out the storm. Our last challenge was finding a sheltered car park to sleep in and we actually headed back to the Gap of Dunloe for that as we found a good spot there.

We were awoken by our van rocking from side to side as the wind whipped through the car park and rain tapped on our roof. Luckily that actually seemed to be the worst wind of the storm for us, it must’ve changed direction as the rest of the day we didn’t rock around too much. We could see the wind blowing down the road, water spraying in the air from the wet road and soon enough a recycling bin and all its contents followed.

We spent the day baking a cake, listening to Christmas radio and doing some arts and crafts. It was a pretty big storm for Ireland with a red warning and was named a ‘Bomb Cyclone’ as it rapidly intensified while barrelling towards Ireland. We had 135km wind gusts so only essential travel was advised and schools were closed for two days. Considering how bad it all sounded I’d say we chose a pretty perfect spot to park up and wait it out.

The following day was still a yellow warning but it didn’t seem too bad and we were allowed to drive again so we decided to do a hike. Except for it still being a bit windy the weather was lovely with sunny spells and mystical rain clouds passing through. 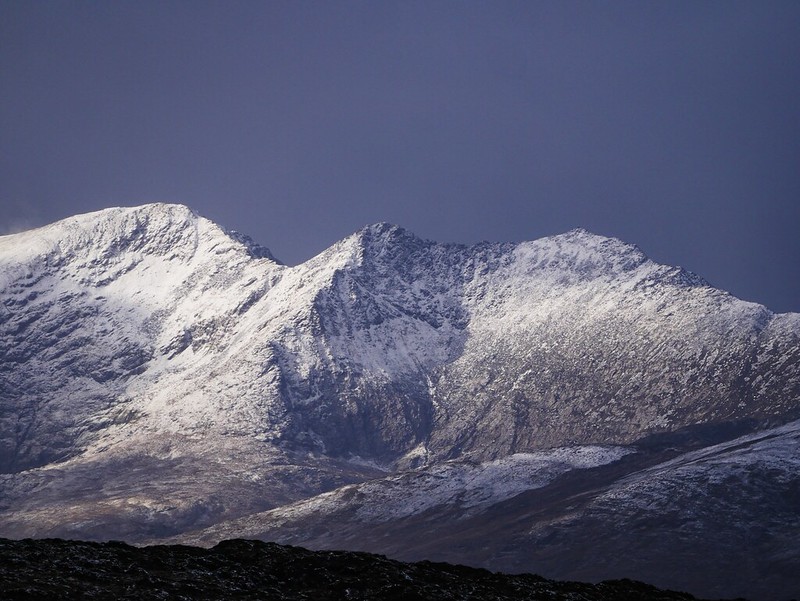 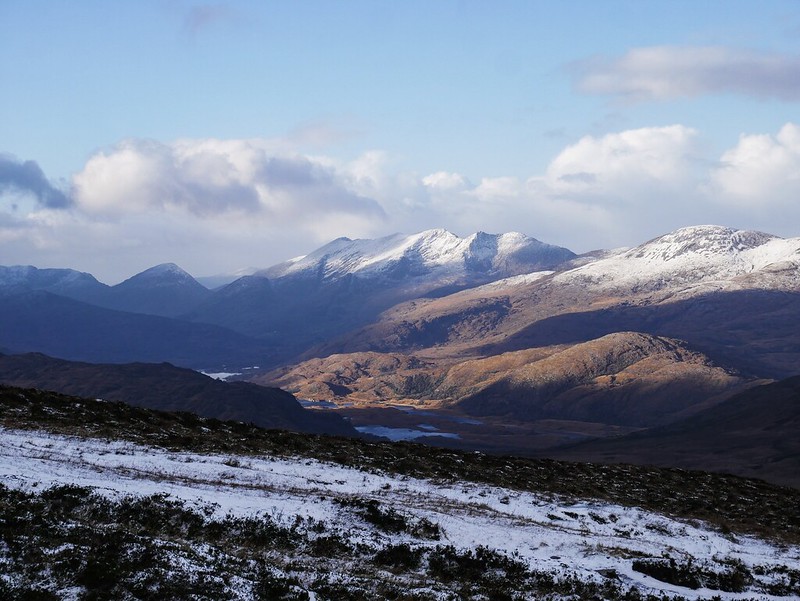 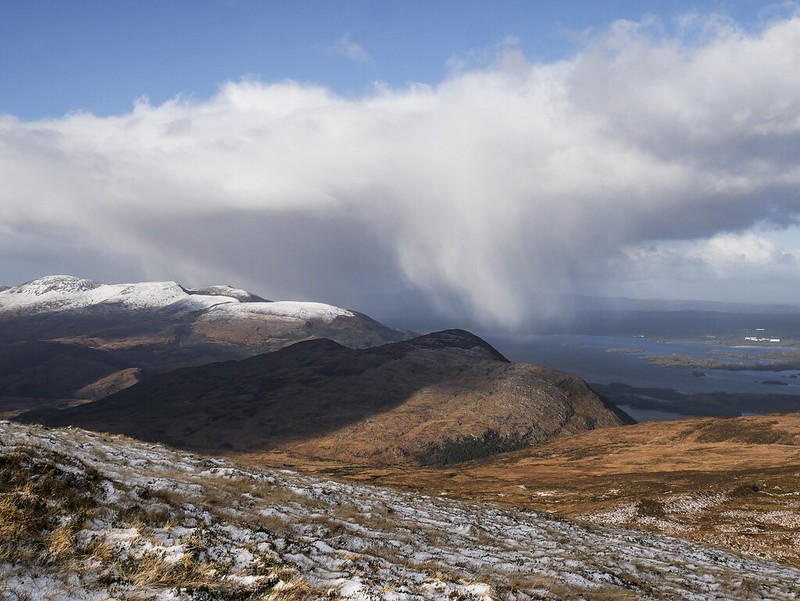 Our plan was to hike up Mangerton, a less visited peak in the area. It began hailing as soon as we arrived so we waited it out and then set off on a very wet trail. The mountains were covered in more fresh snow and we had superb views across all the white peaks. We wanted to hike around Devil’s Punchbowl, an eerily black lake sitting in a mountainous bowl. When we got above the lake however the wind really picked up, we managed to sit in a pile of snow behind a rock and quickly eat our lunch but it was unbearably cold. We soon decided it would be unwise to continue the hike with such arctic wind hitting us so we called it a day. 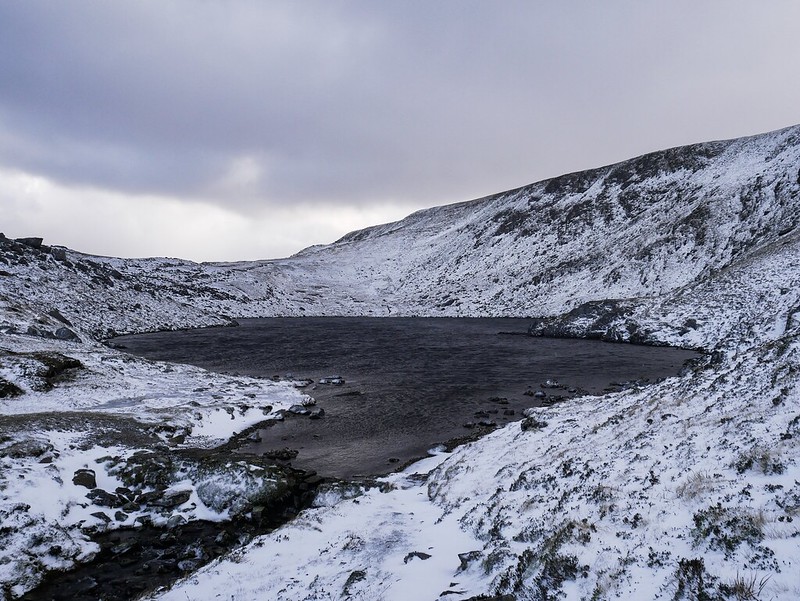 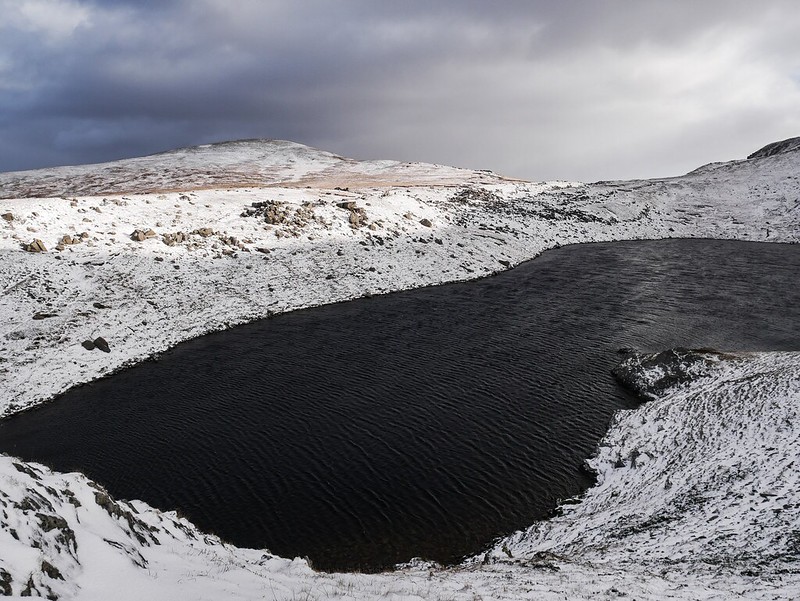 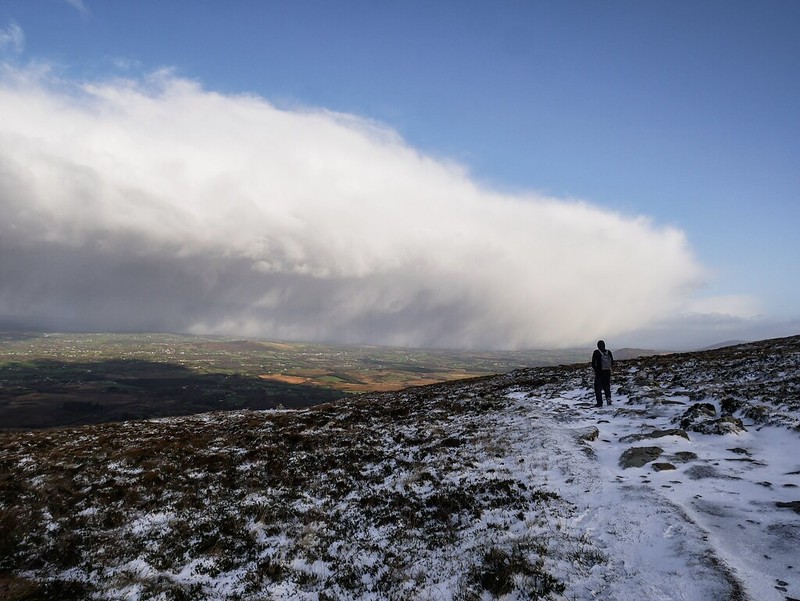 As we left the area we had a very scenic drive through Killarney National Park. We stopped for tea at Ladies View where we watched amazing walls of cloud pass over the rugged landscape. We found a nice spot to camp with a good view of the peaks and had a well needed rest. 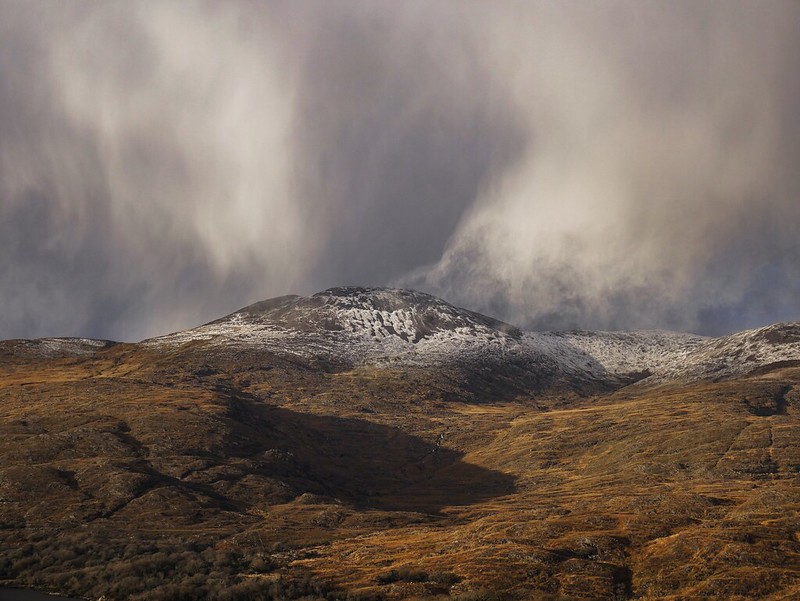 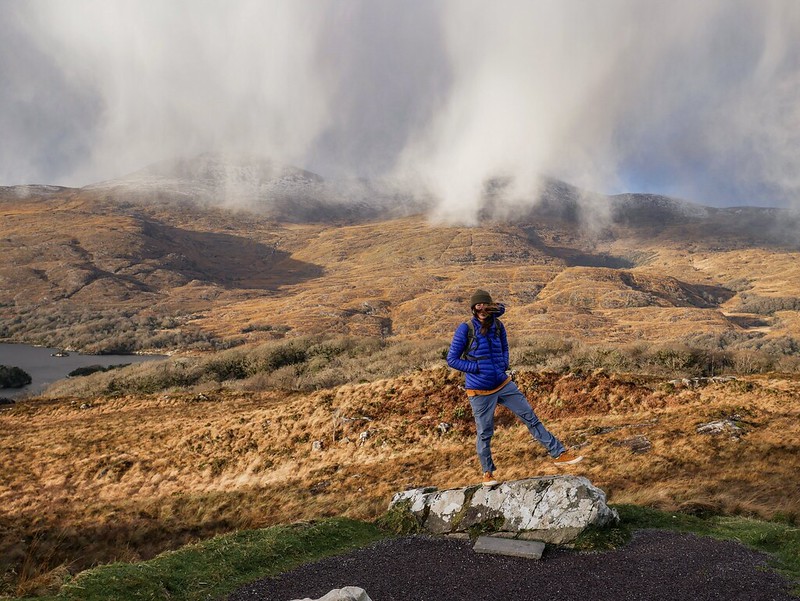 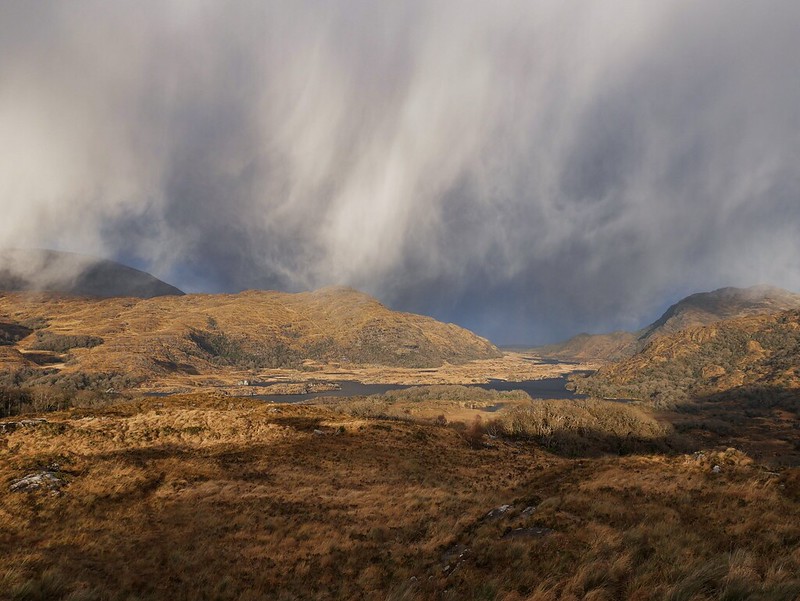 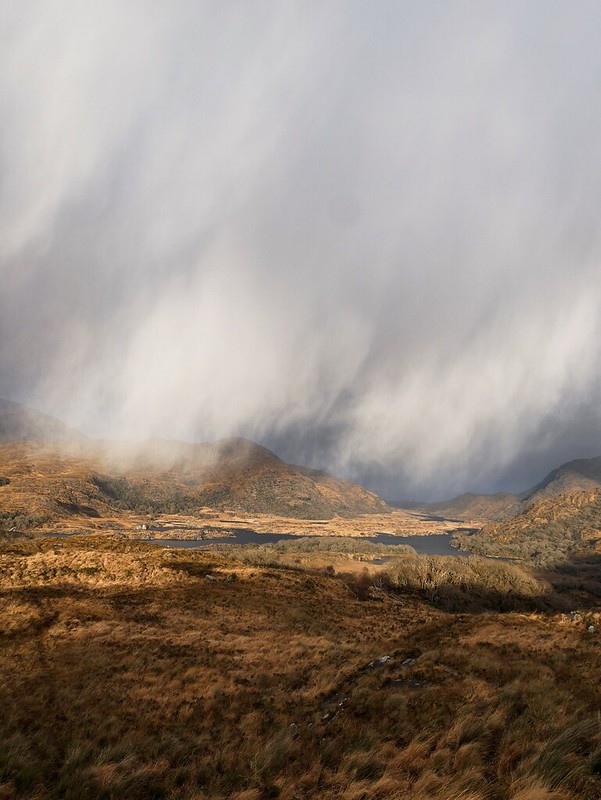 We probably would of hiked more mountains in Killarney but we had such good weather on our hike to the highest peaks a few days ago that we felt like we’d seen the area as good as we could. So today we drove down to the little village of Sneem. A country road led us towards some very under-visited mountains and we wanted to do a hike to the ones above Eagles Lough. Sadly when we reached a bulging river we realised we couldn’t actually get across it to hike up the mountains. So instead we walked along the shores of the lake which looked extra wild in the strong winds with white-caps and water spraying across the lake. We headed up a steep slope to get another vantage across the lake. At the back of the lake a waterfall dropped down from the sheer cliffs and cloud began to build up on the mountain tops. We had a peaceful nights sleep in Sneem before making our way into County Cork. 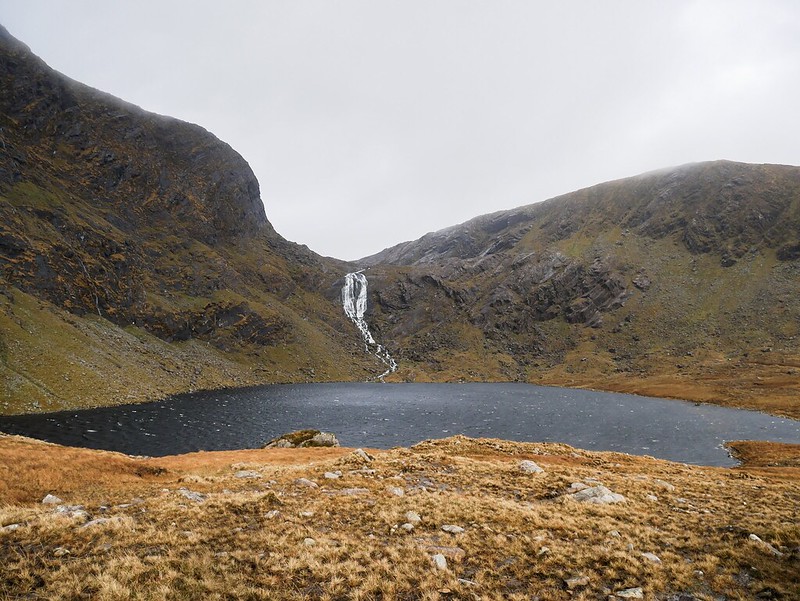 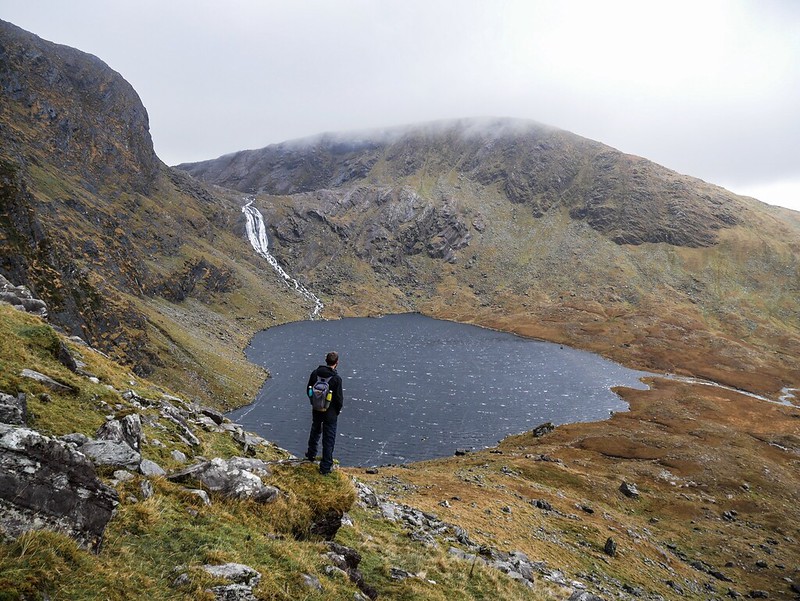 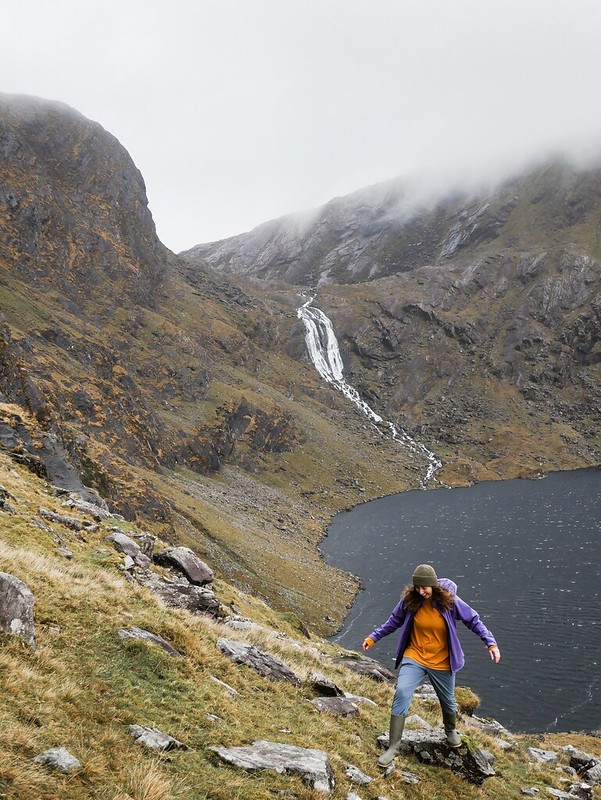 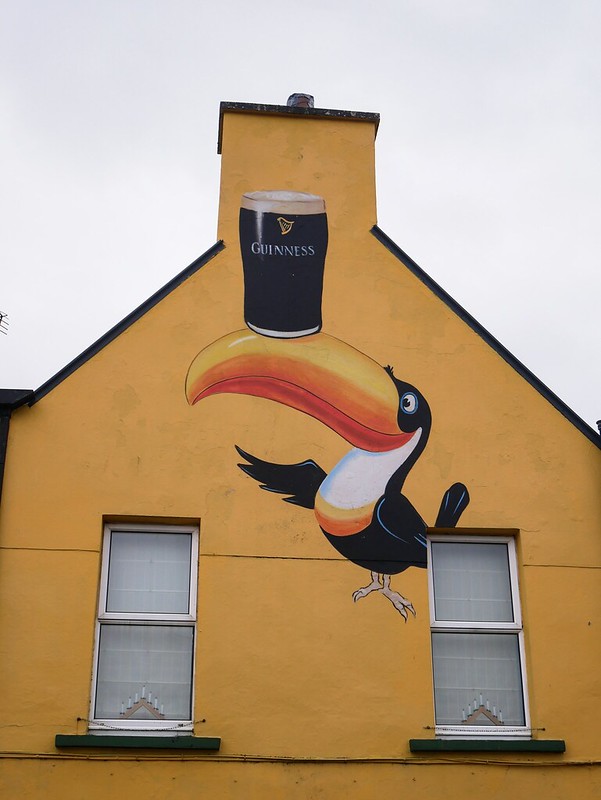 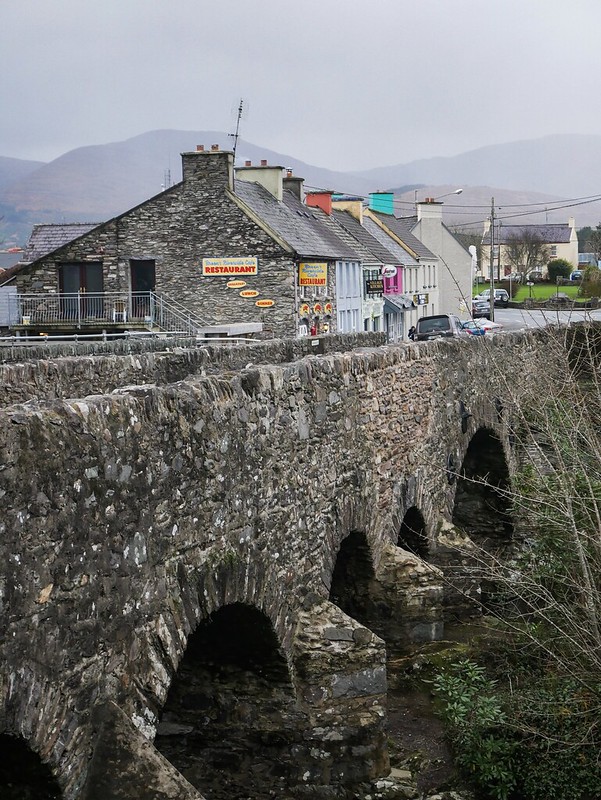