Today we took a coast road that seemed to avoid the coast as much as possible which was strange, but we slowly made our way to Valentia Island.  We drove all the way to Portmagee which seemed mostly shut down for the season, and then across a bridge to the island itself. Our first stop was Cromwell Point Lighthouse. We tried to follow the road down but it looked way too steep and twisty for Helga so we had to park in a lay-by and walk down from there. We passed a jolly Englishman who moved to Ireland many years ago and he pointed to all the large boulders beside the road, apparently they were all moved there during a big storm. 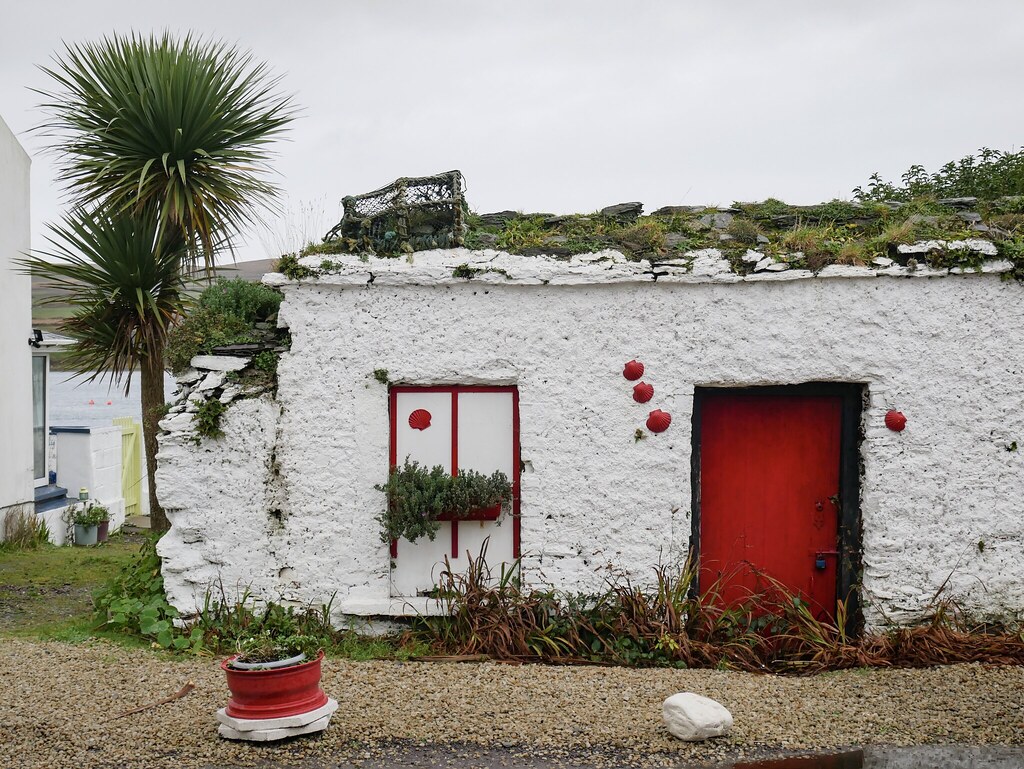 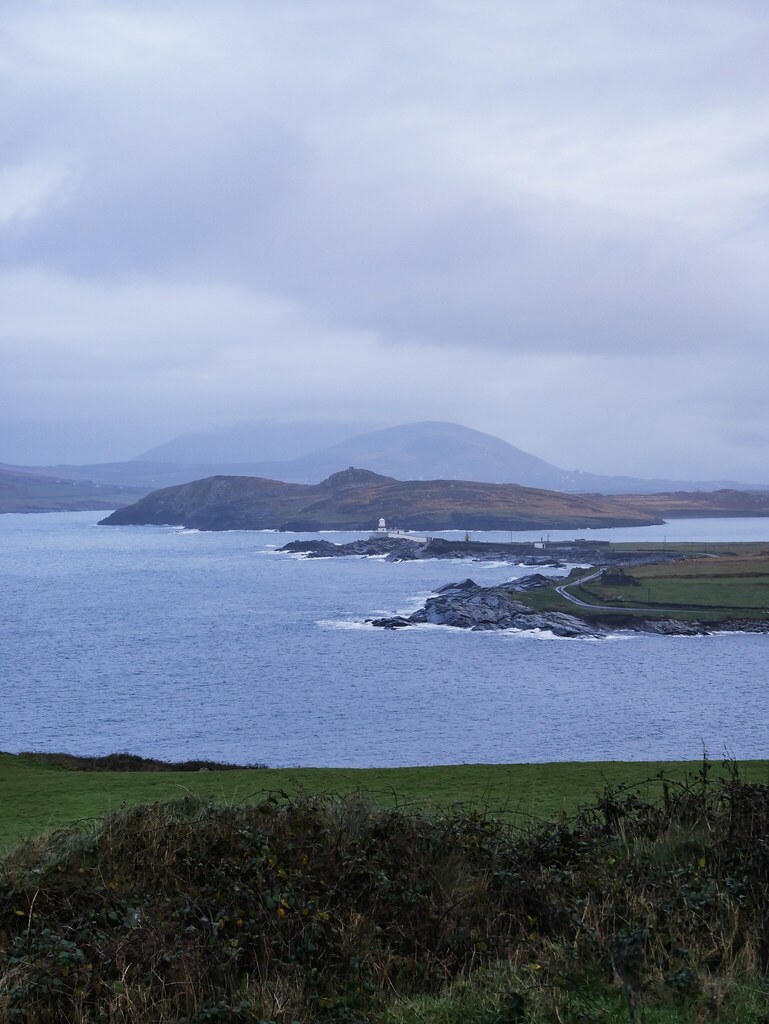 The next morning we woke early and drove to a paid attraction for a hike up Geokaun, the highest point on the island. As we drove up the road to park we realised Helga was shaking around in the wind so we had to turn around and park at the bottom of the hill. As we reached the top again, now on foot, we noticed an ominous looking black cloud above the sea. It was smeared with grey streaks, showing the rain falling through the sky. We realised we didn’t have long until it hit us so we had to find shelter in a country with about three trees to its name. Luckily there was an old metal sign resting behind a new sign so Craig moved it around and rested it on the wall which gave us enough space to hide under. Once the hail had passed we headed to the viewing platform to see Fogher Cliffs, a nice sight but just more cliffs to us – we really need variety to stay enthusiastic and appreciative of what we’re seeing. The view from Geokaun was nice but it was basically the exact same view we got yesterday when we parked up to hike to the lighthouse. 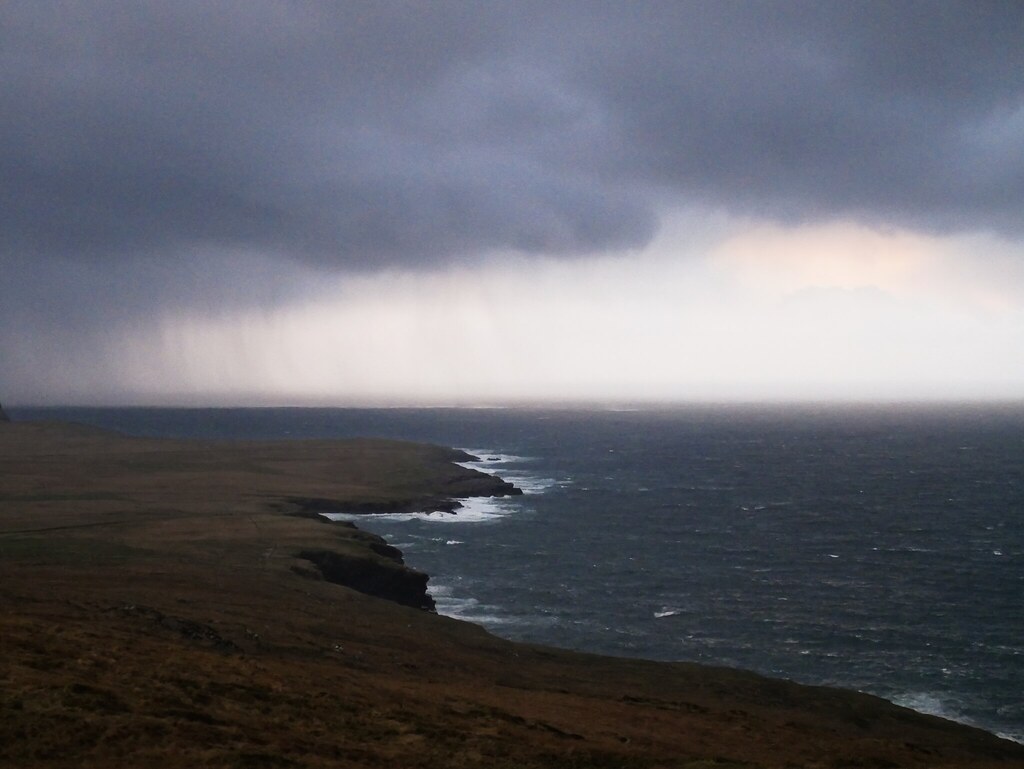 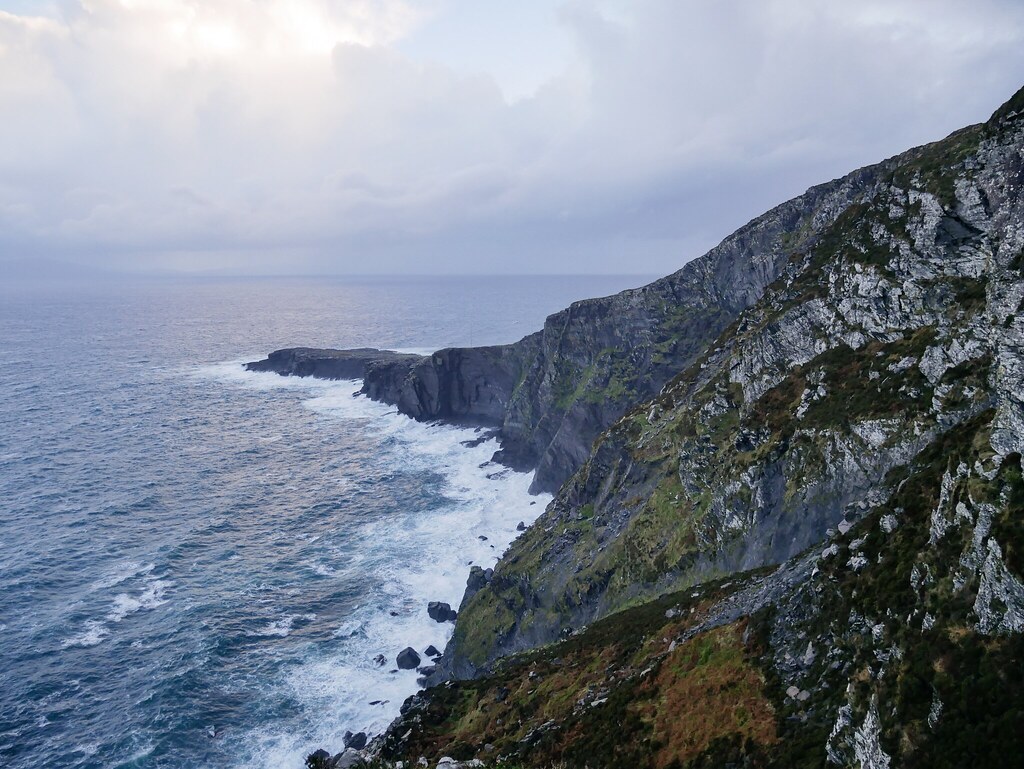 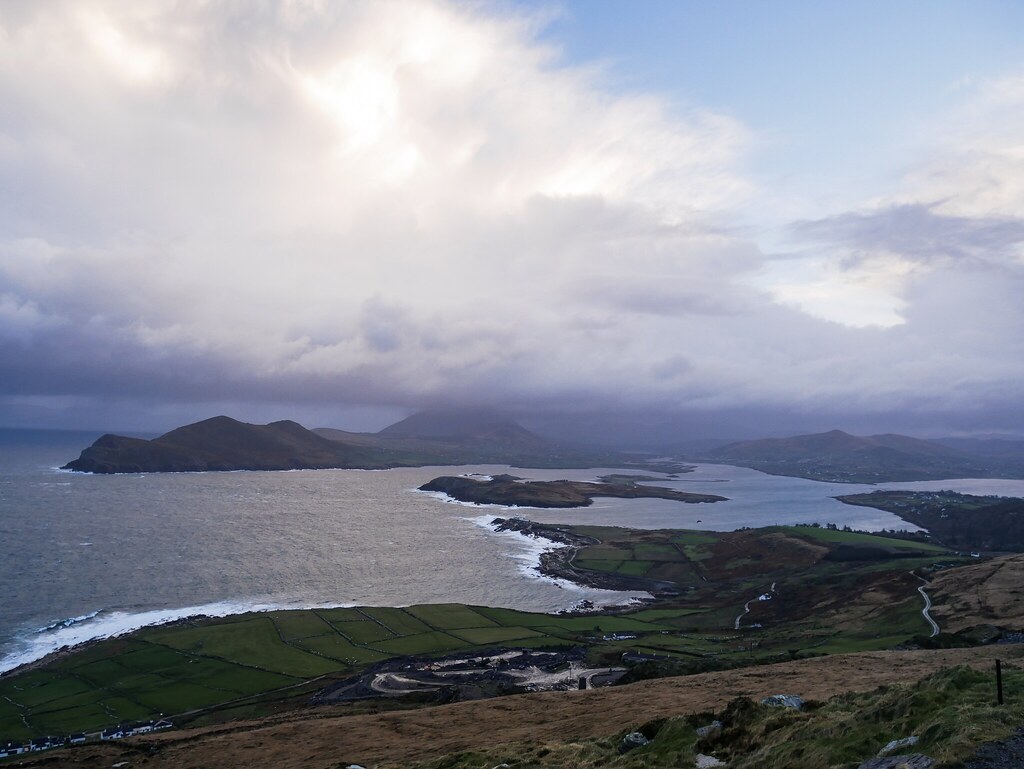 Later that morning we followed a single track road up to an abandoned building, but it wasn’t just any old building, it was a fake pub which was once used in a Guinness advert. On the side of the building was the faded pub name of ‘O’shea’s’ it used to also say ‘Next Pint New York’ to show how remote the location was, yet it’s never actually served a real pint. 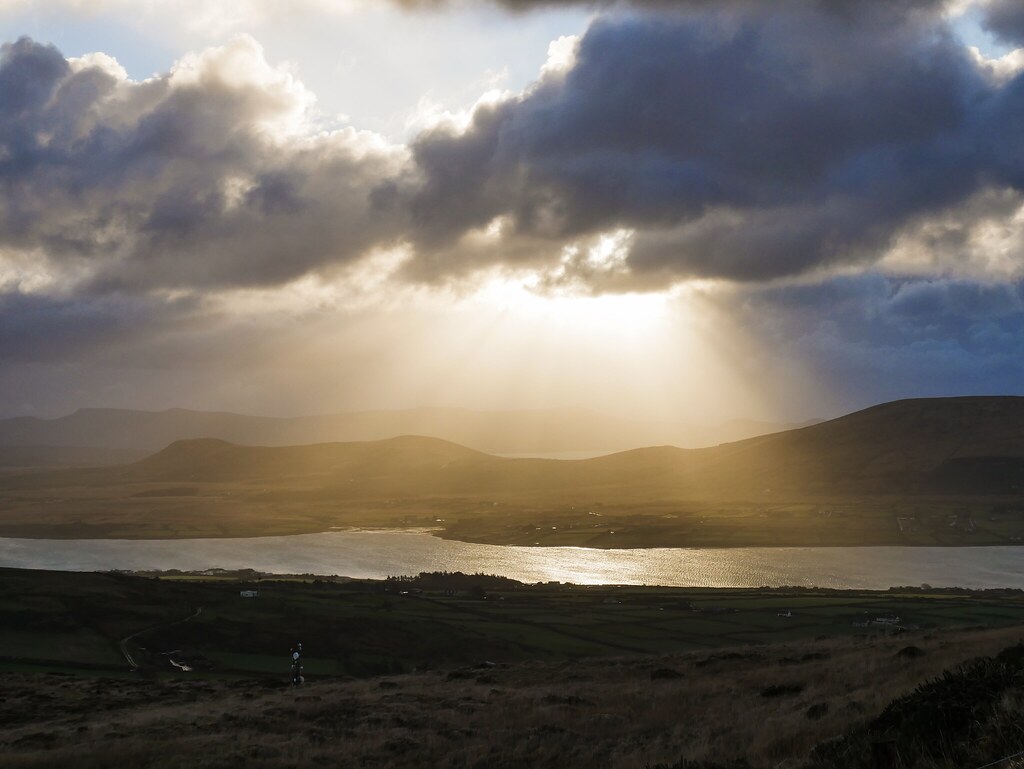 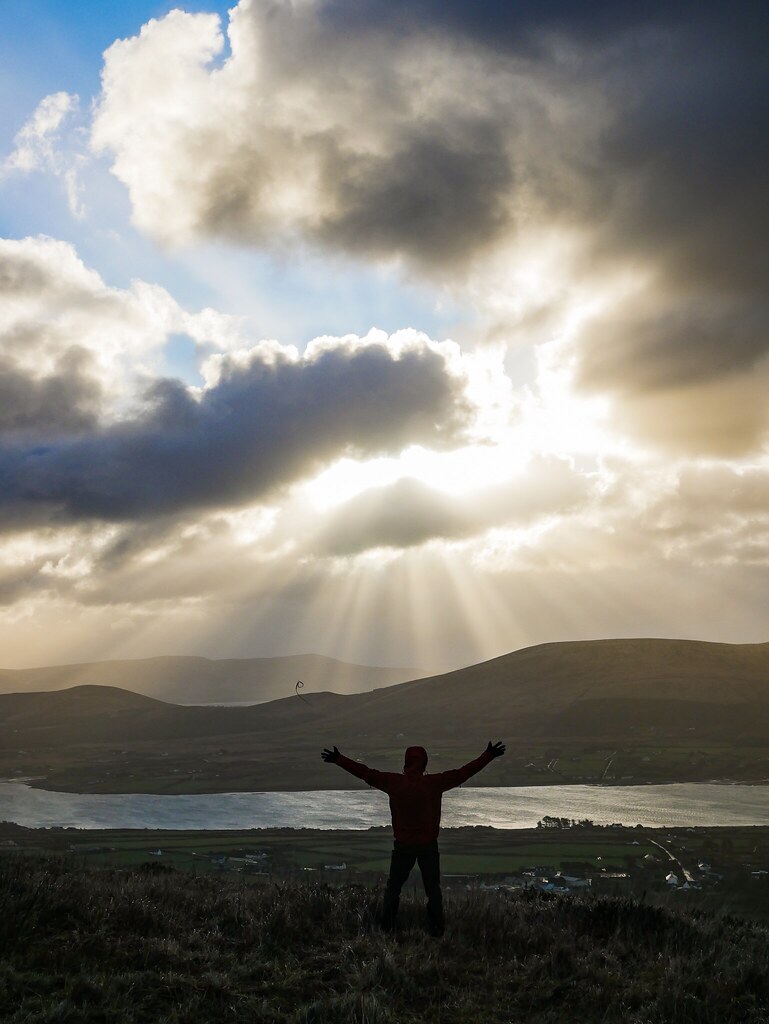 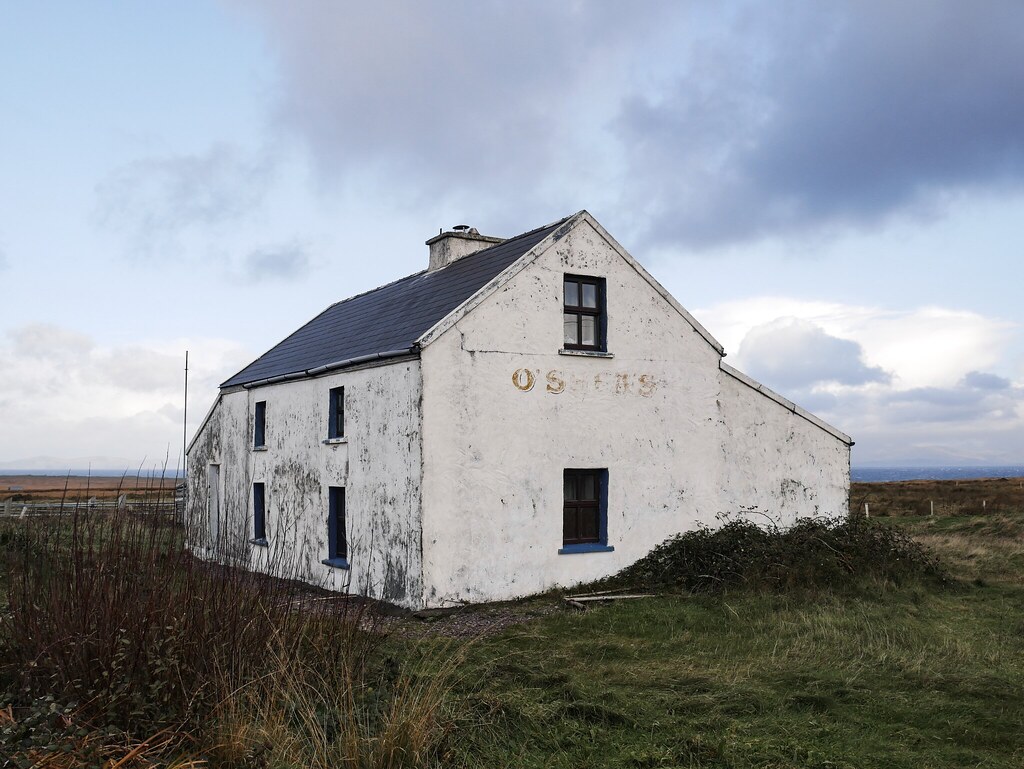 Our final stop on the island was a walk to Bray Head where the weather changed every five minutes. Luckily there was some sort of concrete watch tower which we were able to run into and avoid the heavy rain and the sun kept popping out so we had a lot of fun taking my signature rainbow photos. 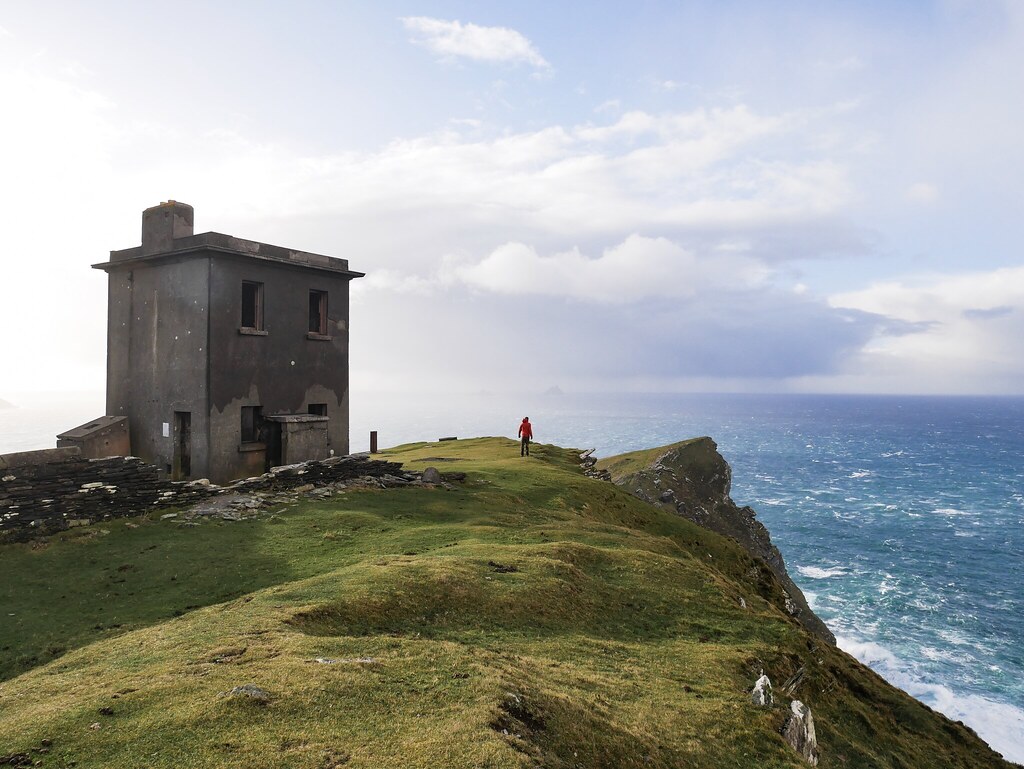 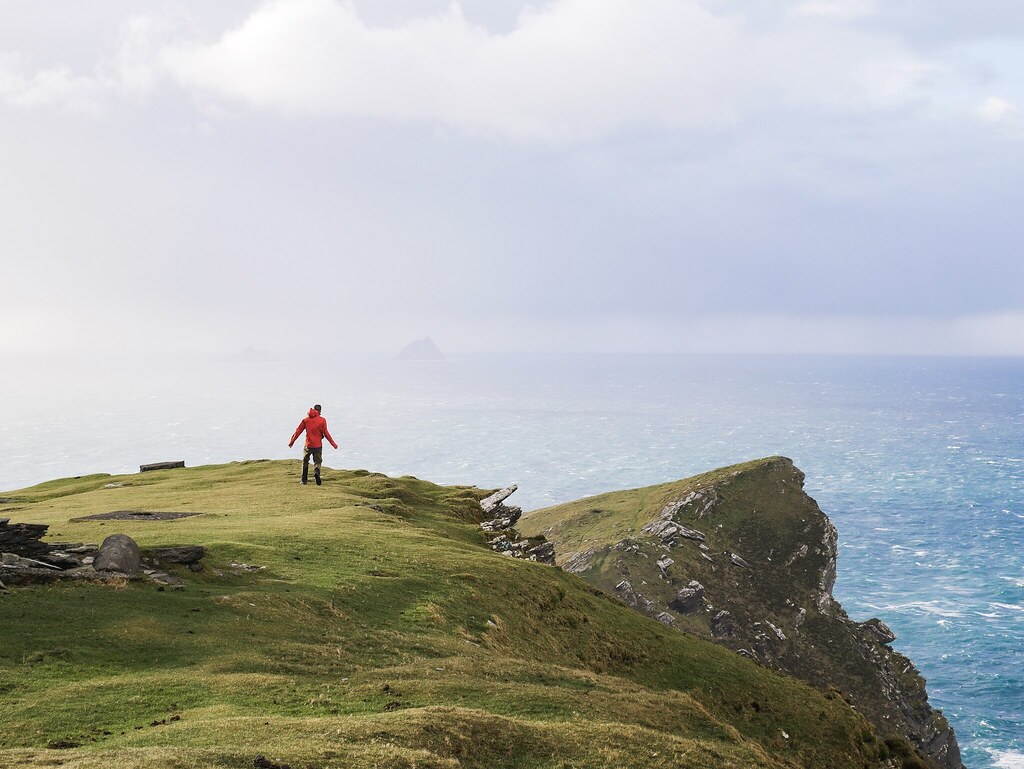 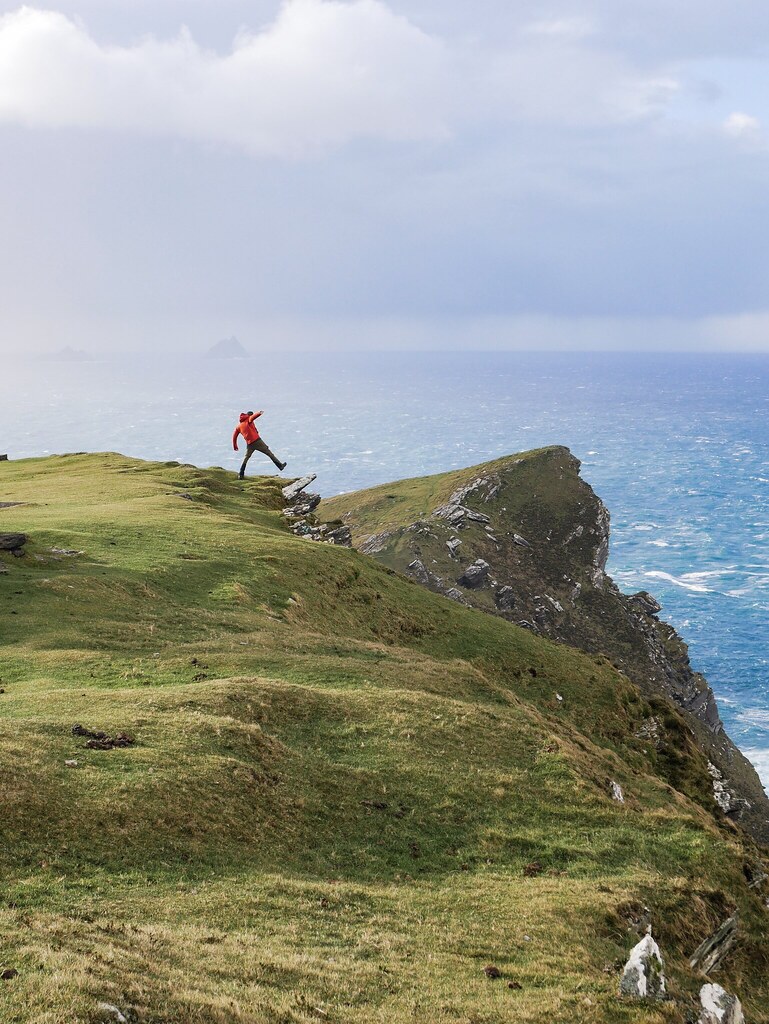 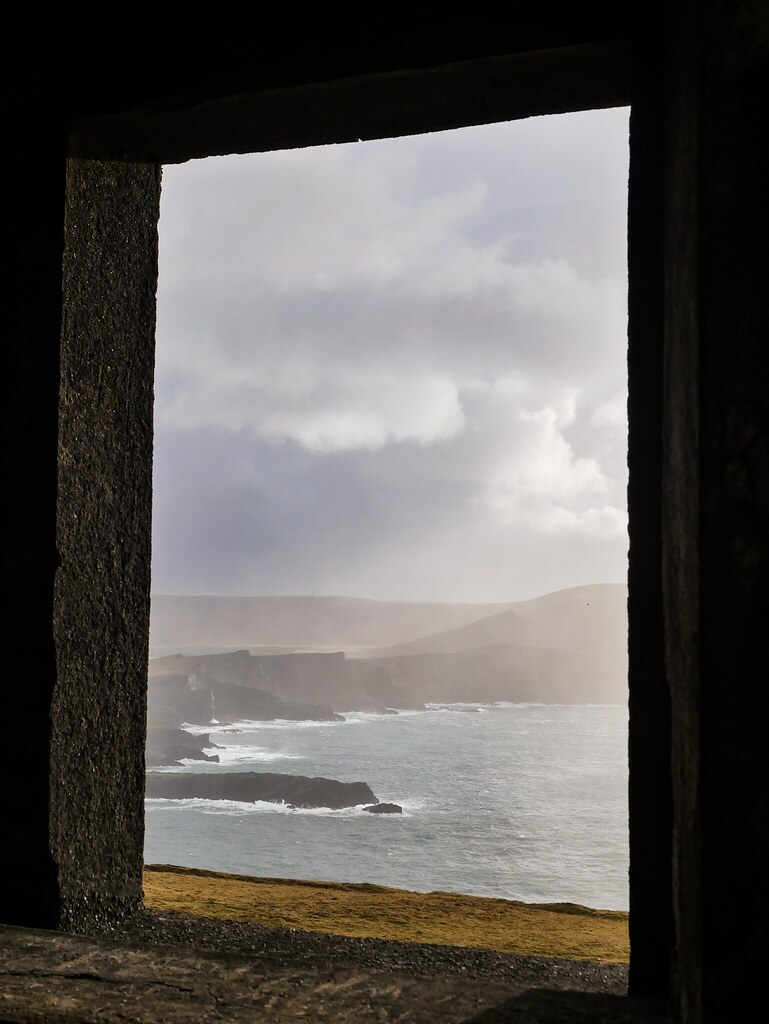 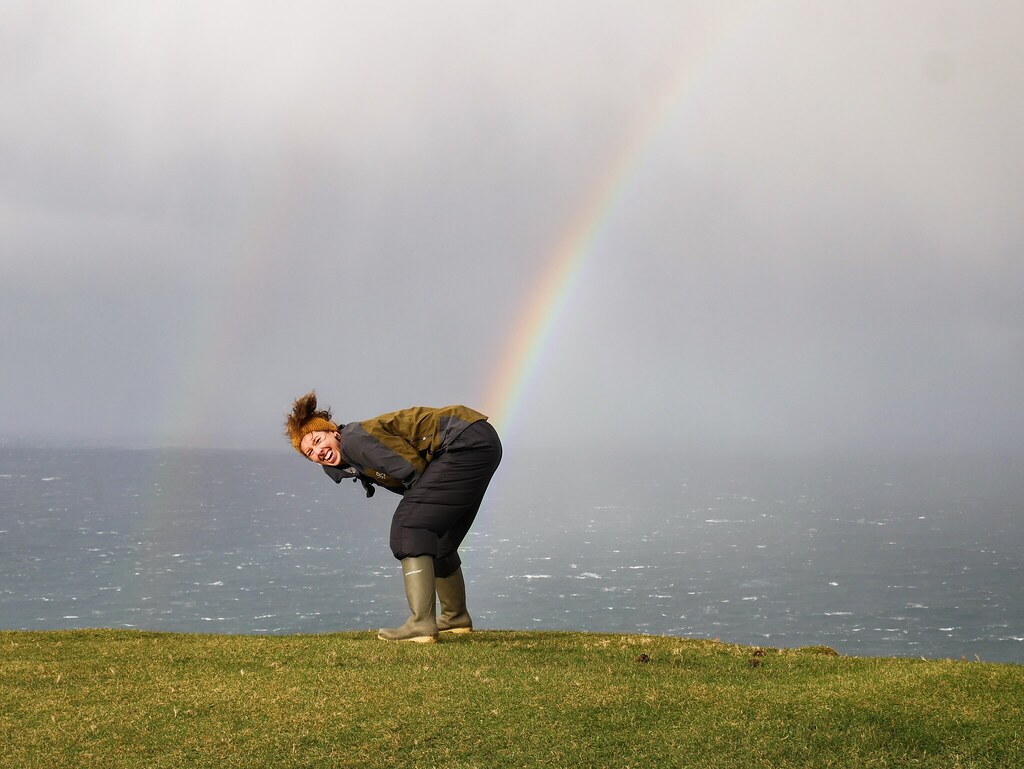 We wanted to drive the Skellig Ring road but the tight bends and elevation gain looked too tough on Helga’s drive shaft which we need to get fixed when we return to England. So that meant it was time for us to leave the coast and head for the mountains! 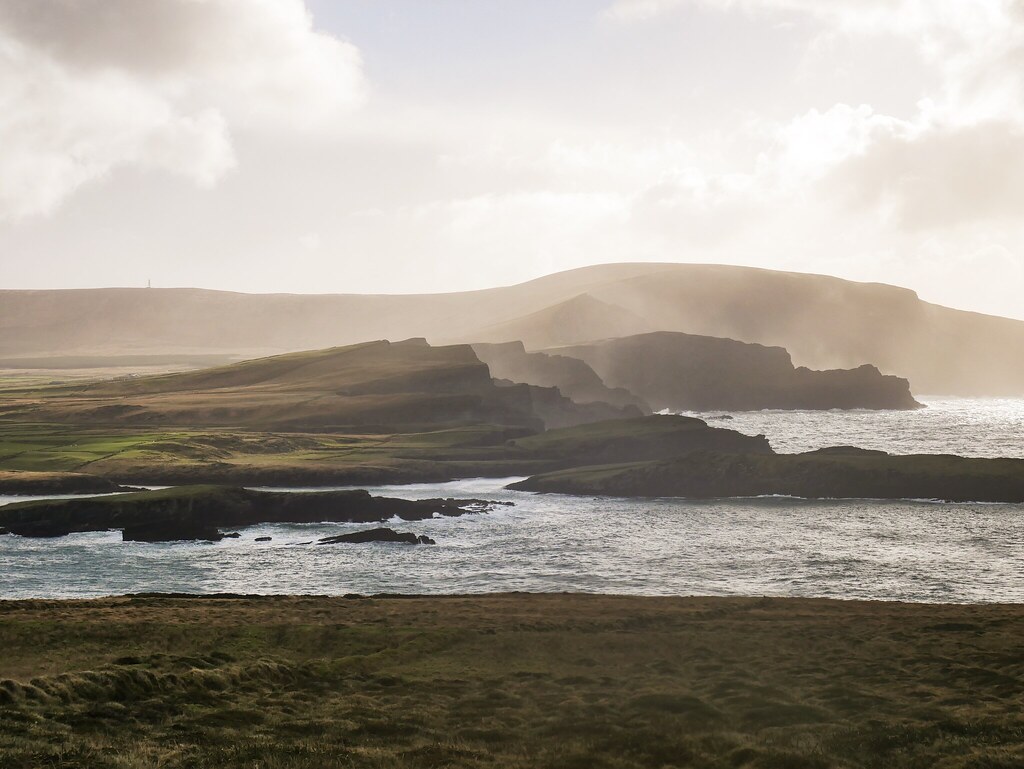 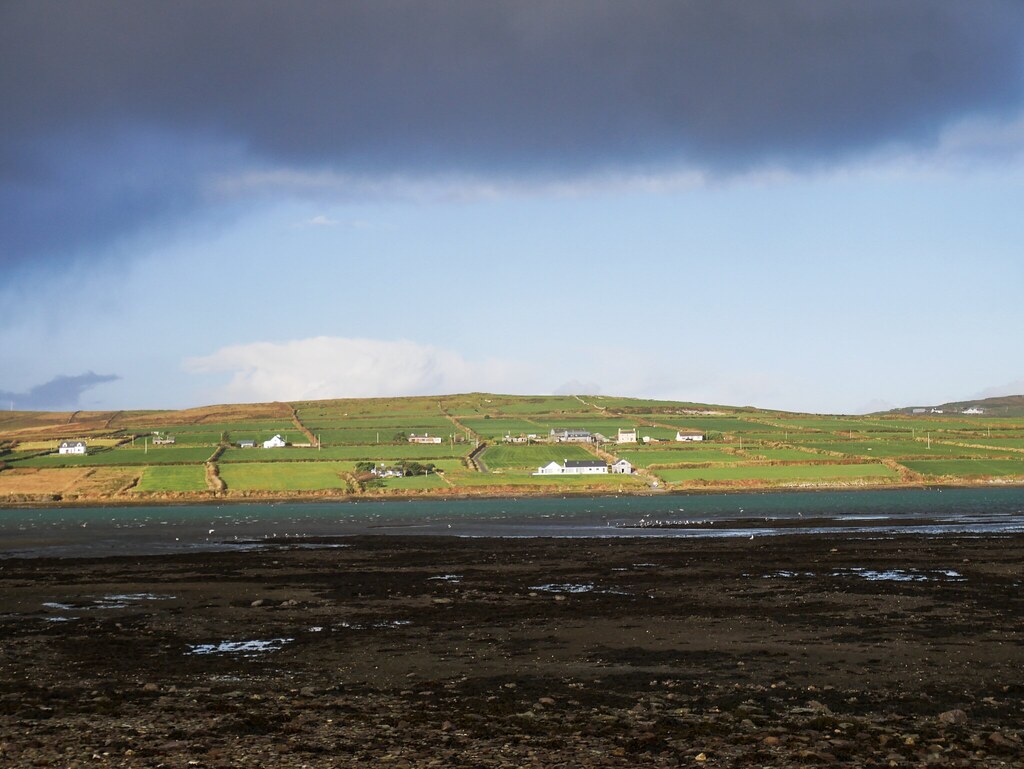 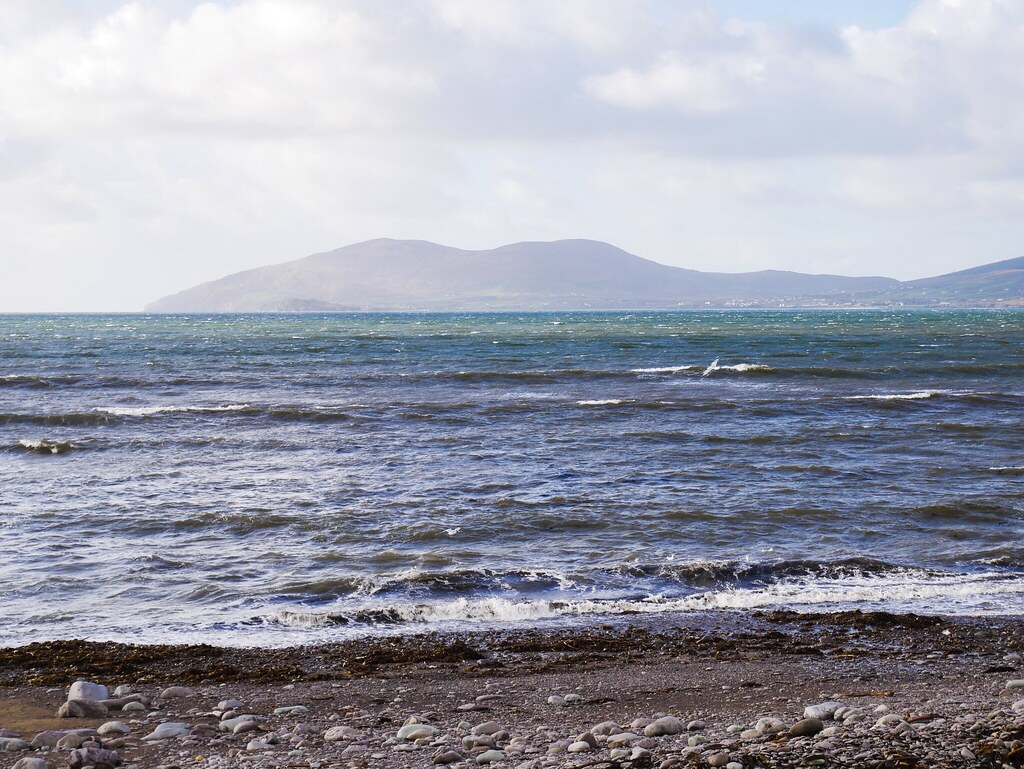 We were on our way to Killarney National Park and we opted for the route via Ballaghsheen Pass. It was a really lovely drive with hardly any cars around and beautiful hills. As we reached the top we were whooping at the view of Ireland’s highest peaks ahead of us – with snow on them!! It was an incredible view on both sides of the pass so we took lots of photos and as the sun started to dip below the horizon the hills all began to glow orange like a painting. 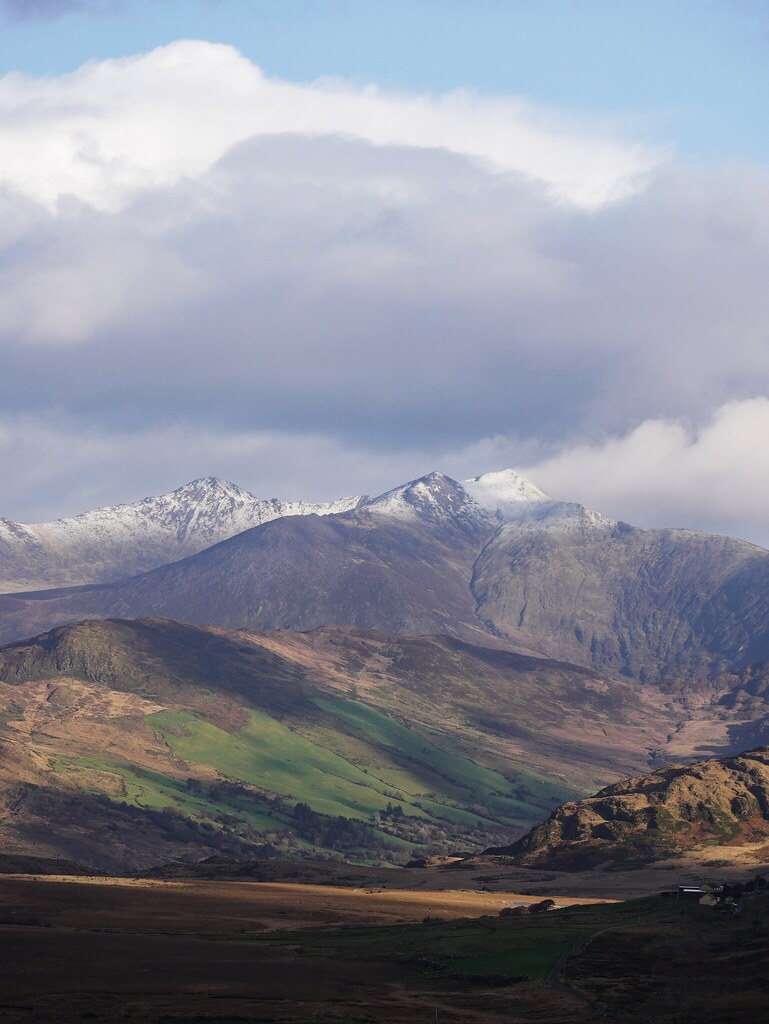 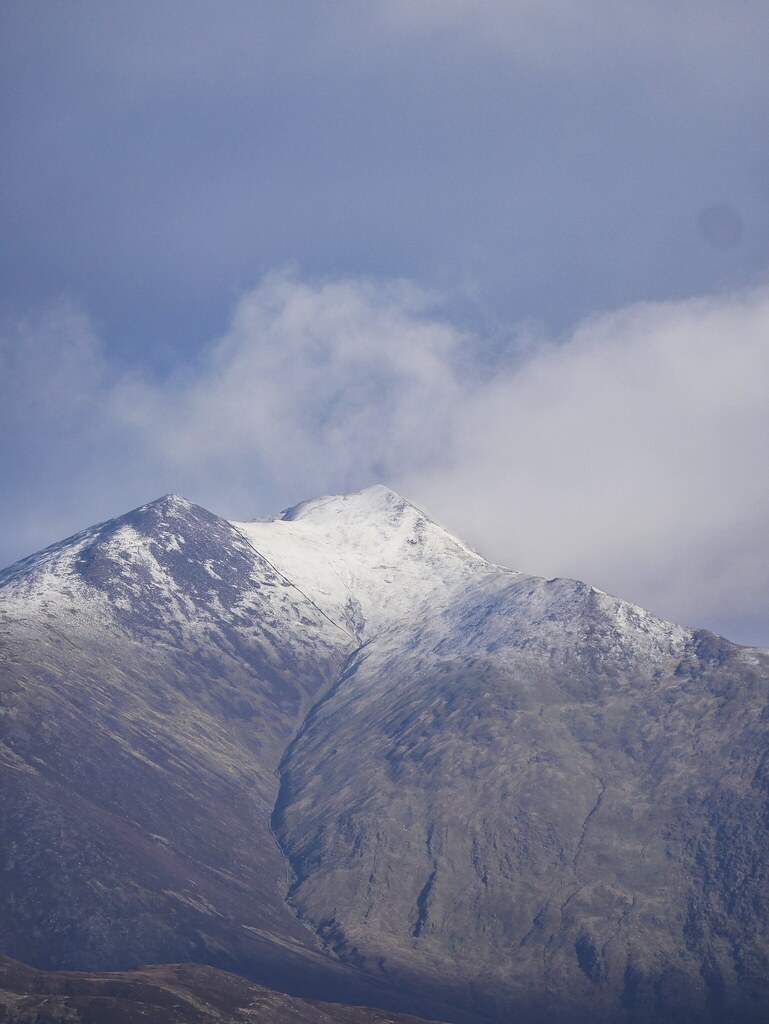 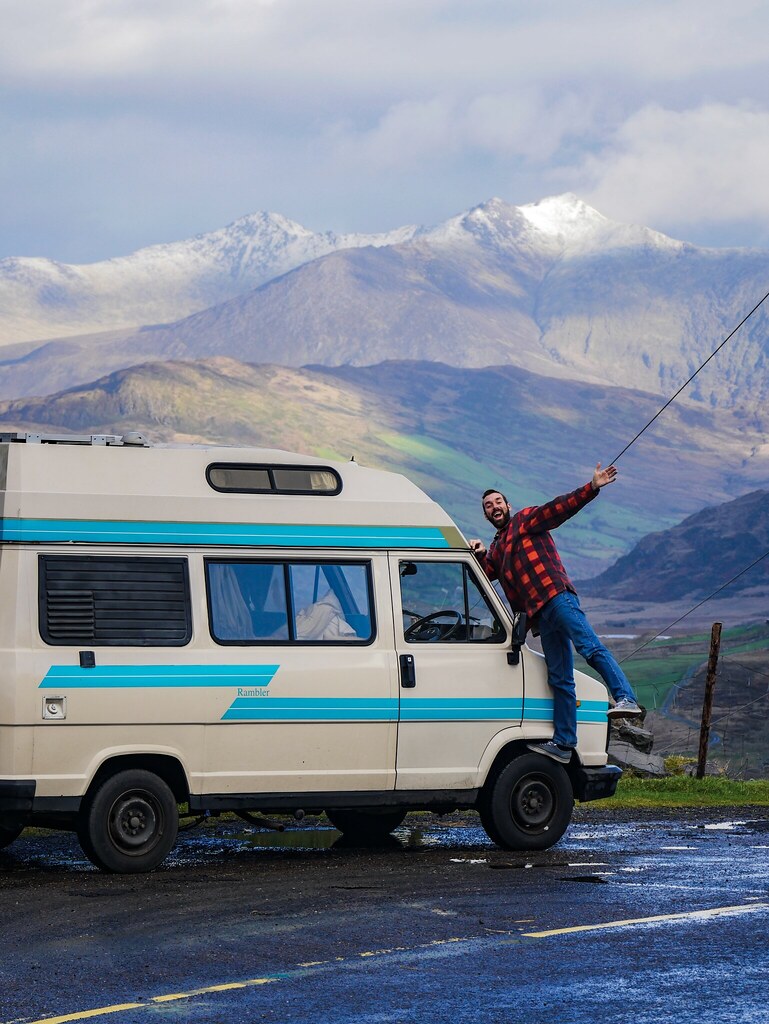 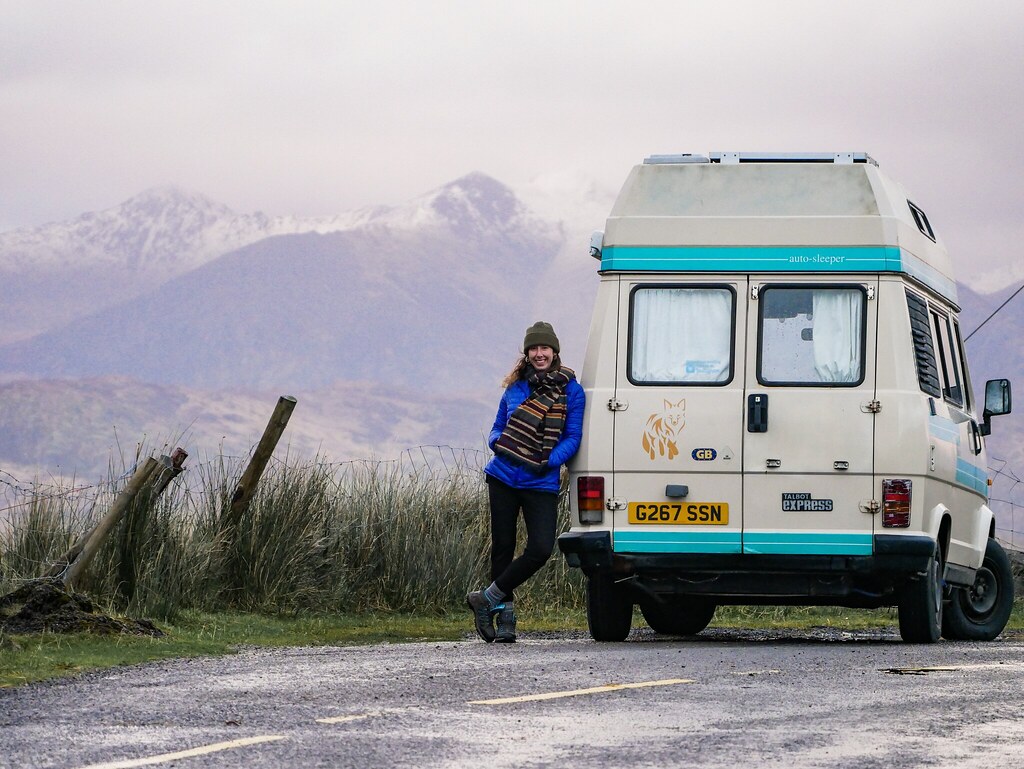 We were thinking about staying the night on the pass but seeing as tomorrow was due to be our first blue sky day in ages we wanted to get a little closer to the mountains, ready for an early hike. We ended up parking in a lay-by just outside a little village. As we made dinner we noticed a car drive past a couple times, revving his engine and we knew it was towards us camping there. It happened again after dinner and we realised we wouldn’t be able to sleep well if we stayed put, the stupid yobs would come back and try to intimidate us because they have nothing better to do. So we had to find a new spot to camp in the dark which is never easy, luckily after a bit of google earth searching I found a little lay-by off a quiet country lane where we were left in peace. 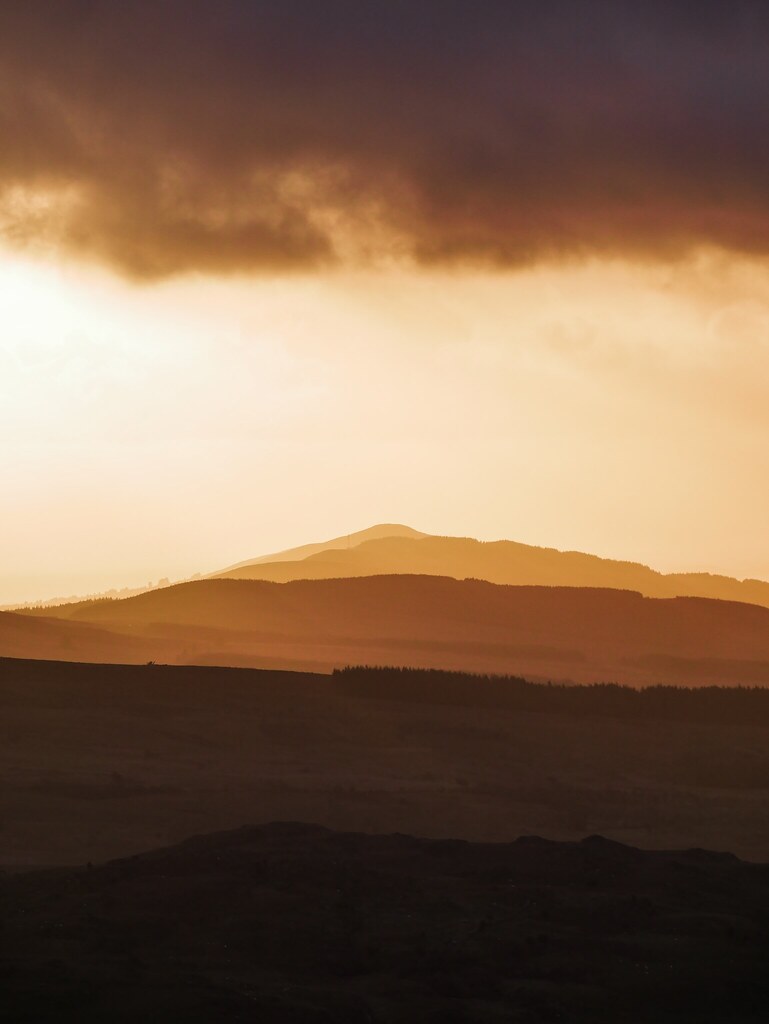 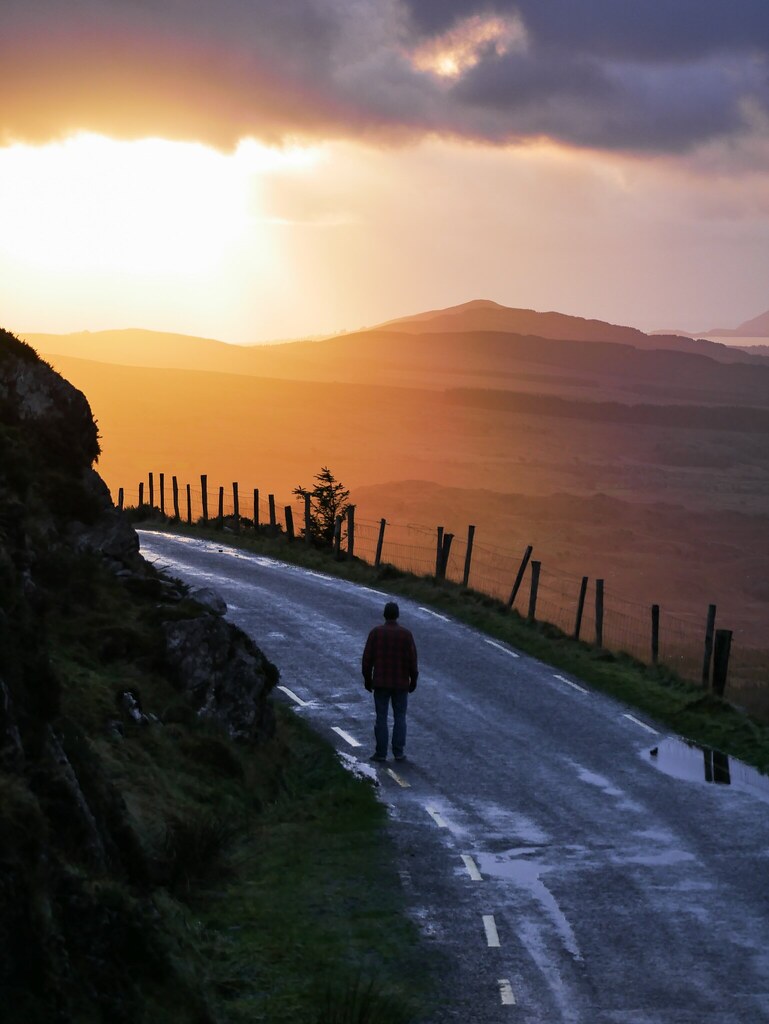 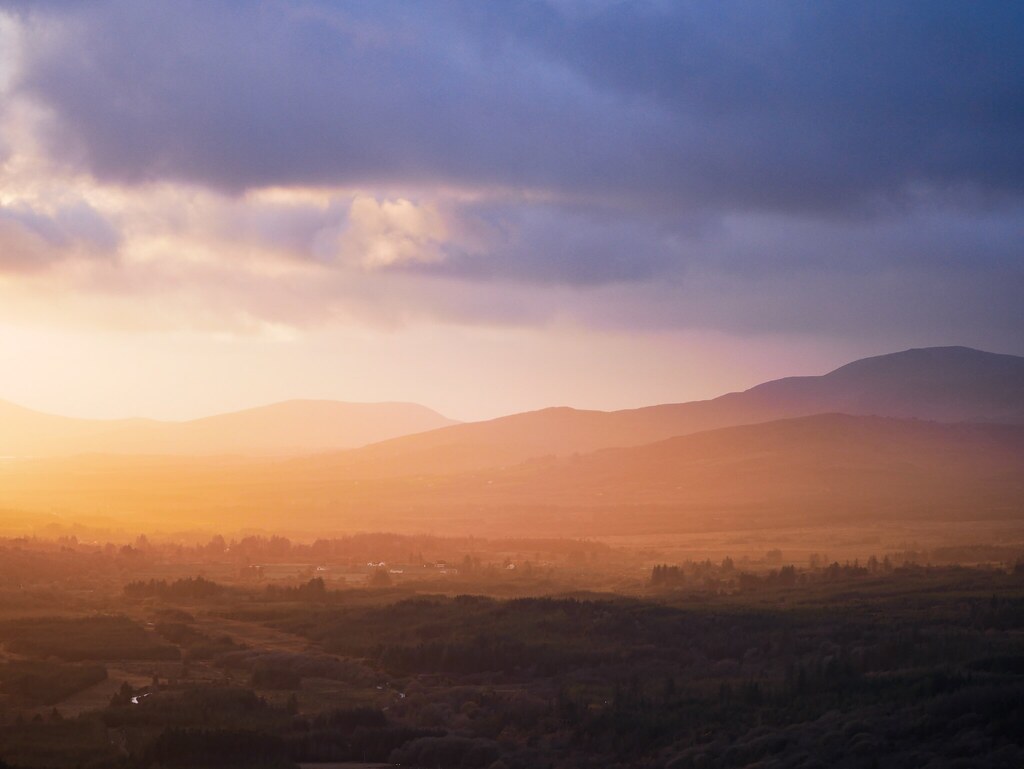 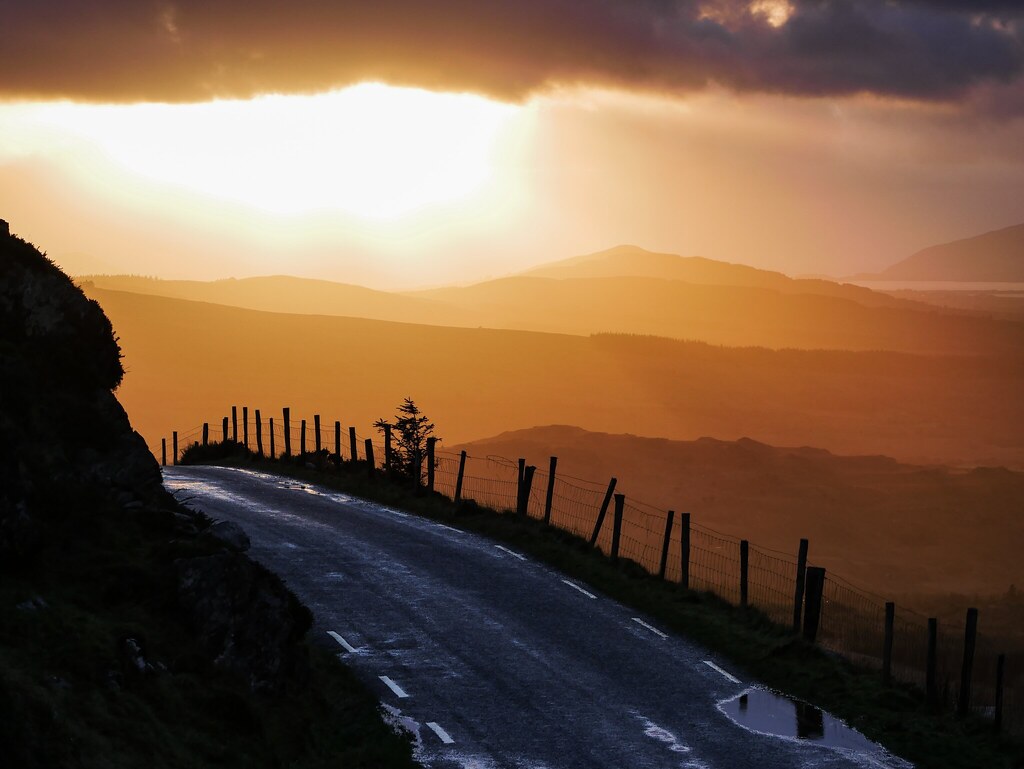