We started our explorations around County Mayo along the northern coast so we could see Downpatrick Head, a rugged rock pillar that rises straight out the sea. The cliffs around here are used for the red bull diving championships where divers hurl themselves off the 21m cliff at speeds of 85kmh. It was pretty horrendous weather on our visit, we got caught out by rain showers and it was extremely windy…but apparently it was going to get worse. The forecast said we had 50mph winds coming overnight and we needed a sheltered spot to sleep. We decided to head to a pub nearby in Ballycastle that offered free camping in the pub garden as it would be sheltered from the wind and we could have our first Guinness in Ireland. We called ahead and were told to park round the back which all sounded rather simple. But when we got there we couldn’t figure out how to actually get into the pub, we wondered through a beer garden and took one route which led us up a dark alley. The next two doors we tried were toilets. Then I saw a window with lots of fairy lights but when I peered through I realised it was a mirror. We were starting to get the giggles ‘world travellers can’t find entrance to pub’. Then Craig gave the last door a go and a bit of noise came out which sounded promising, hoorah, we made it! We stepped inside with big smiles, ready for a bit of banter about our adventures getting lost in the back, but it wasn’t exactly reciprocated. There were only about 5 punters and one barmen in the pub but the room fell silent when we stepped inside. We ordered a couple of pints and the barmen did start a bit of small talk with us. We actually had no idea that Ireland had such strict covid rules, apparently pubs and restaurants have only been open for indoor seating since October! It’s been open in England since April which is quite a difference. 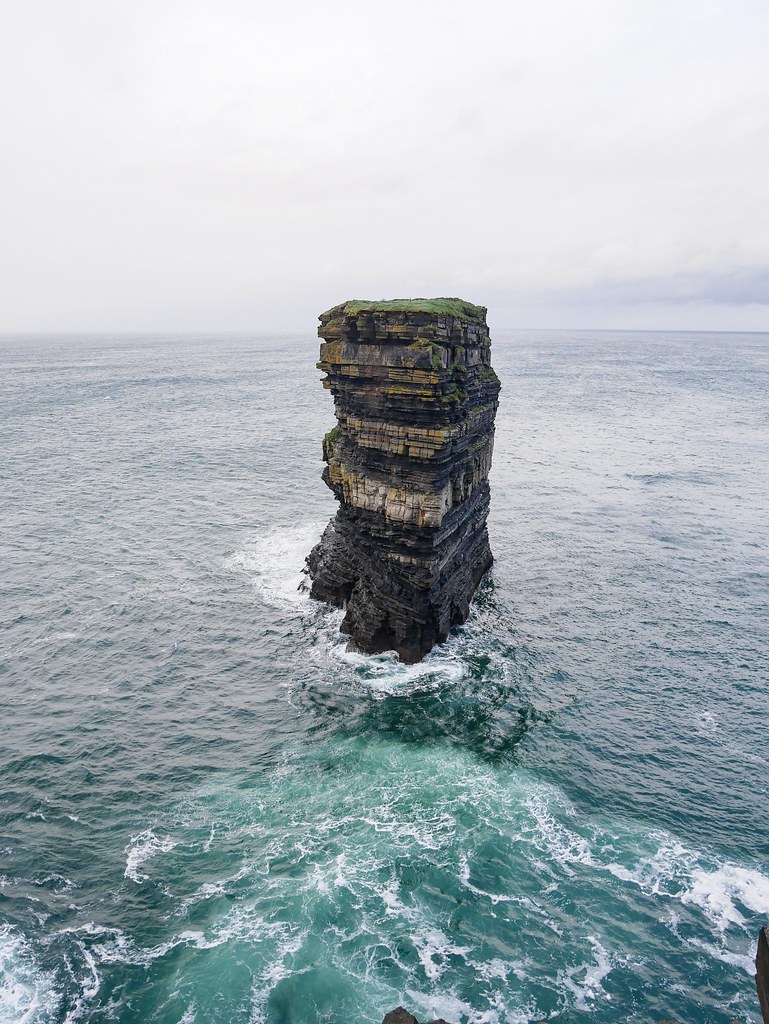 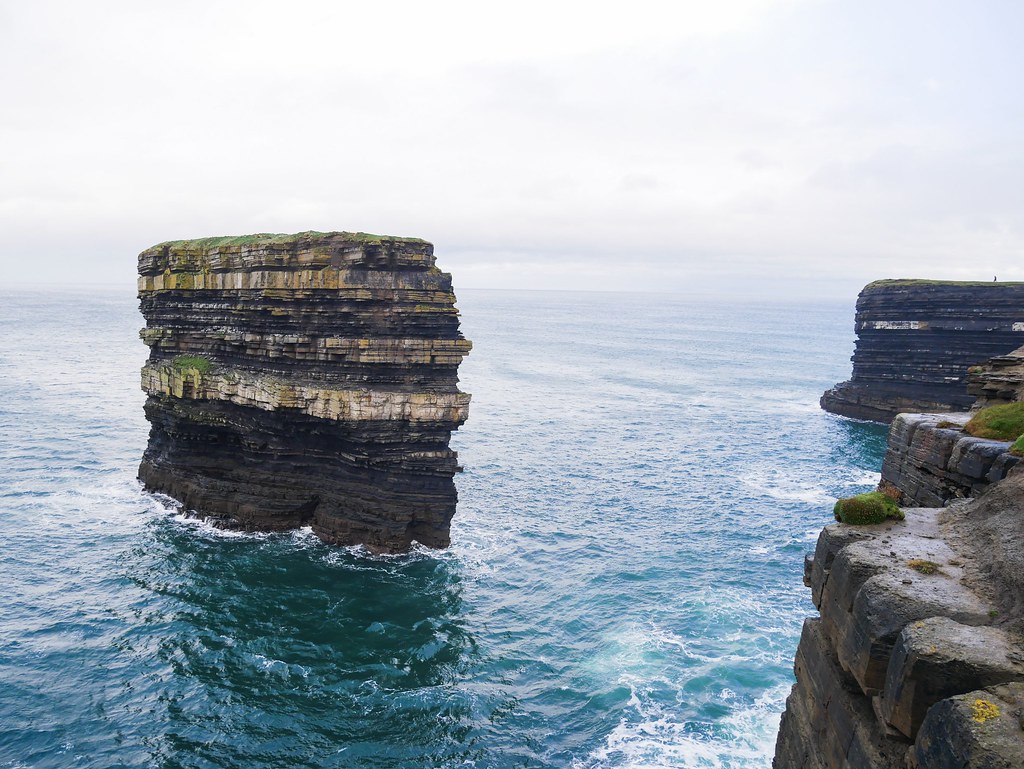 It wasn’t exactly the Irish pub vibe we were hoping for. It didn’t have any character, it was kind of like sitting in someone’s front room, but not in a cozy way, it was very spartan and to add to the front room vibes they had a tv on playing the news, no Irish music in sight. On the plus side it was my first ever Guinness and I quite liked it, it was like a weak iced coffee. As we left the pub a young couple asked if we were enjoying our holiday and then they said they recognised us from TikTok which was very random. They were much jollier than the barmen and told us some must see places in the area. Mind you they had such strong accents that I was becoming rather lost in translation.

The next day wasn’t quite as bad weather as the forecast had predicted, but it was definitely blowing a hooley. We set off for Portacloy, a tiny village set beside a little pebbly beach. There were so many colourful sheep in the area, the farmers in Ireland seem to go crazy with the spray cans. It’s like they watched Bob Ross and used a sheep as their canvas. I guess they’re coloured to tell who’s sheep are who’s or which one’s are impregnated, but judging by the amount and mix of colours it seems to be for fun too. 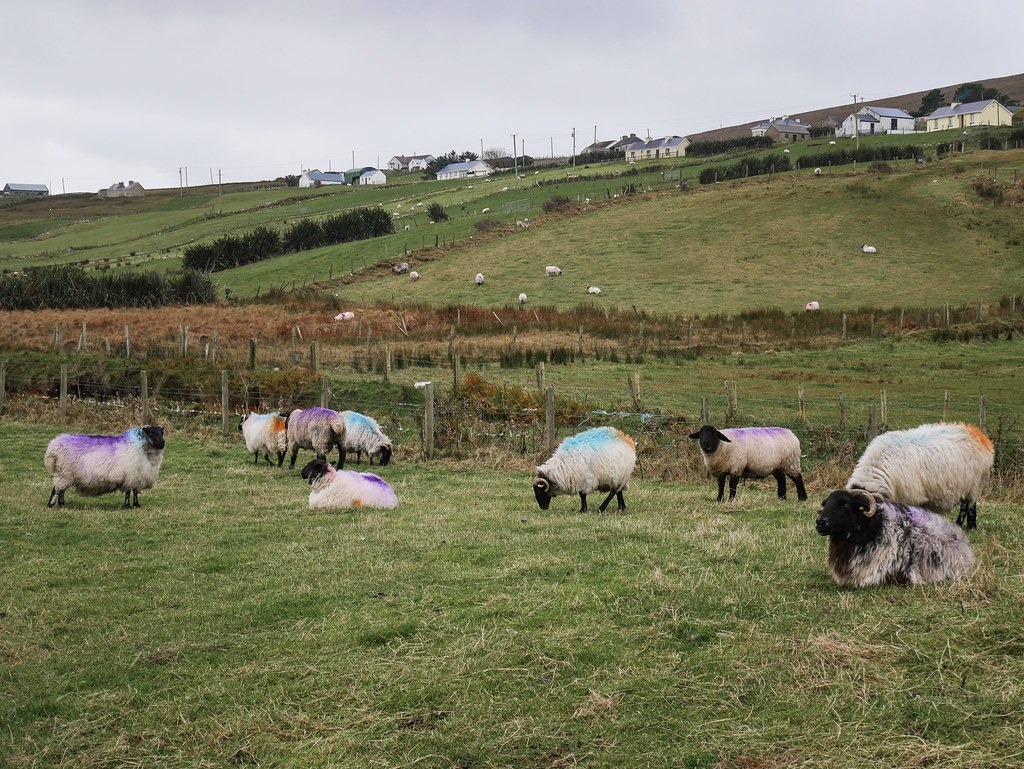 I’d read Benwee Head was worth a visit so we made our way along the headland to that point. It was a nice coastal walk high up atop the cliffs but it was tough going in the strong winds. Eventually we made it to the highest point where Benwee should be but the trail had veered us so far away from the cliffs that we couldn’t get a view. A farmers fence blocked us off but we found a spot where it was very low so we could step over. We couldn’t get too close to the edge due to the wind but from what we could see it wasn’t worth walking to. The view was much better at the beginning of the walk and needed far less effort. Never mind, we headed back down to Helga for a well needed cup of tea. 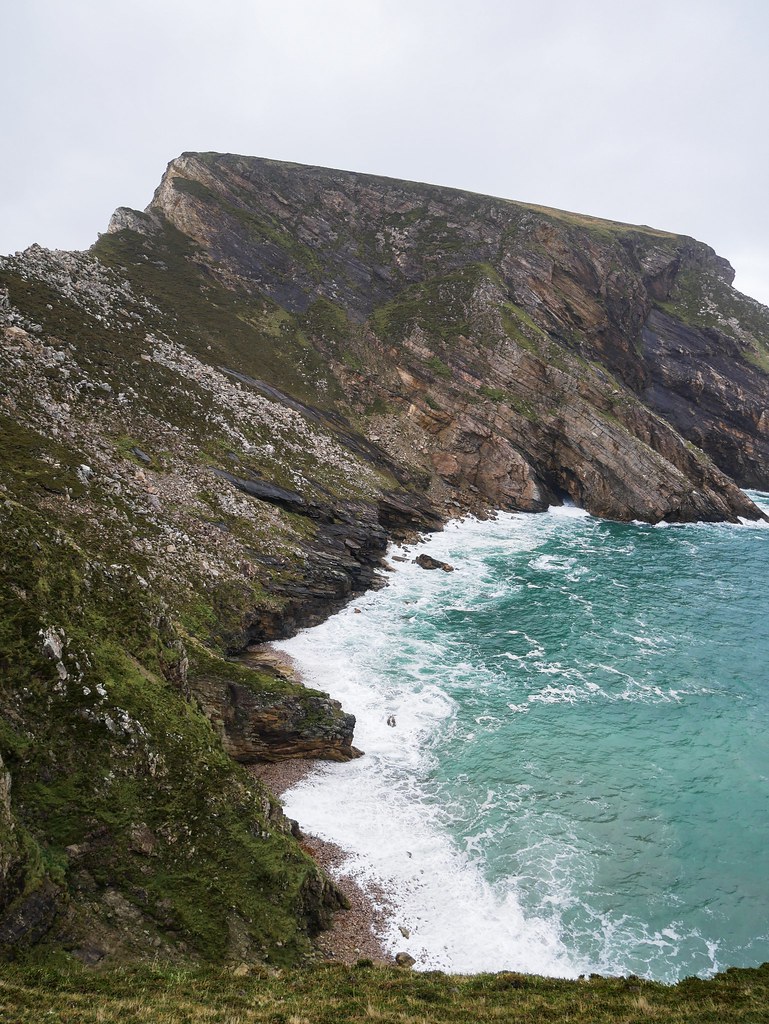 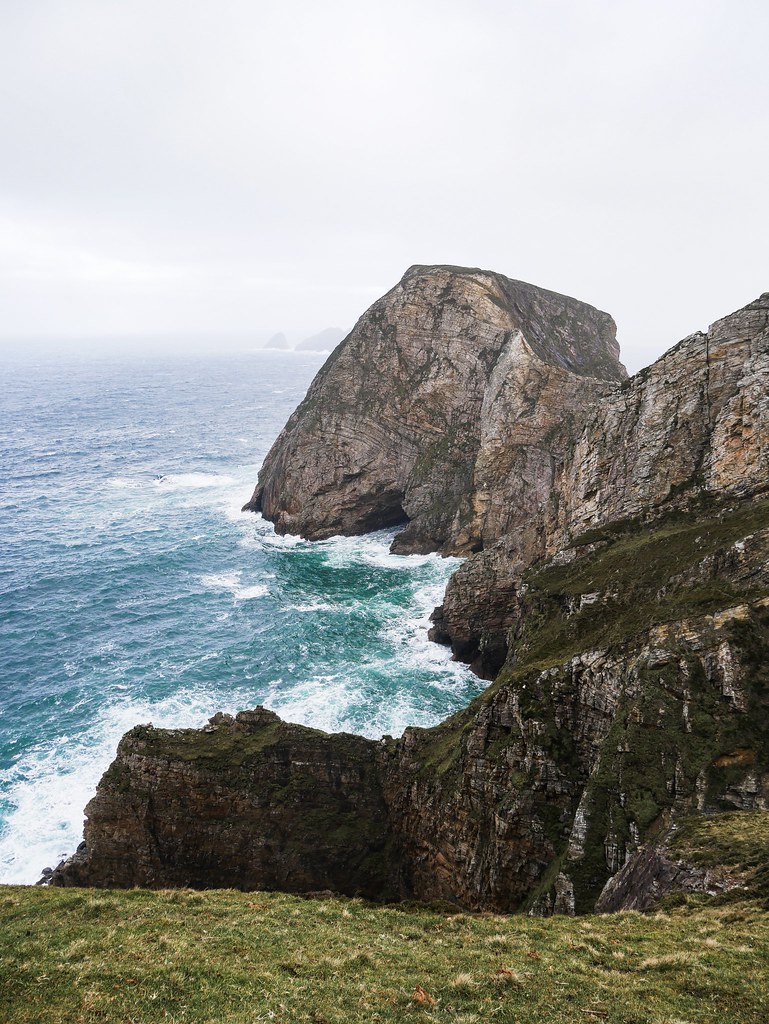 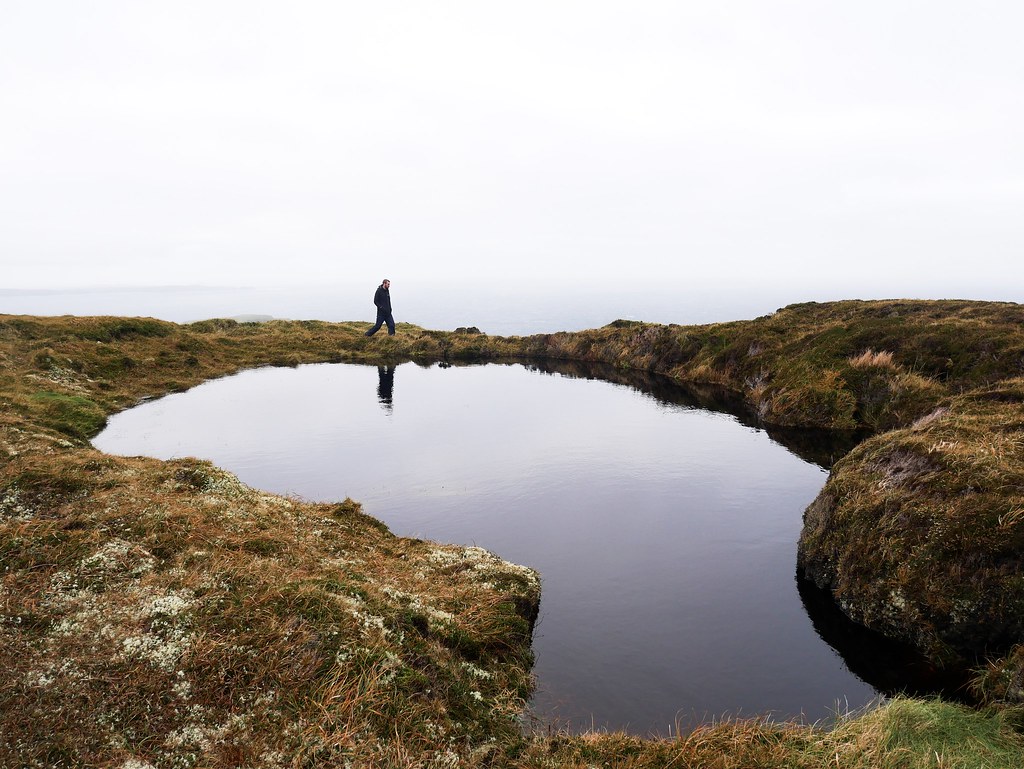 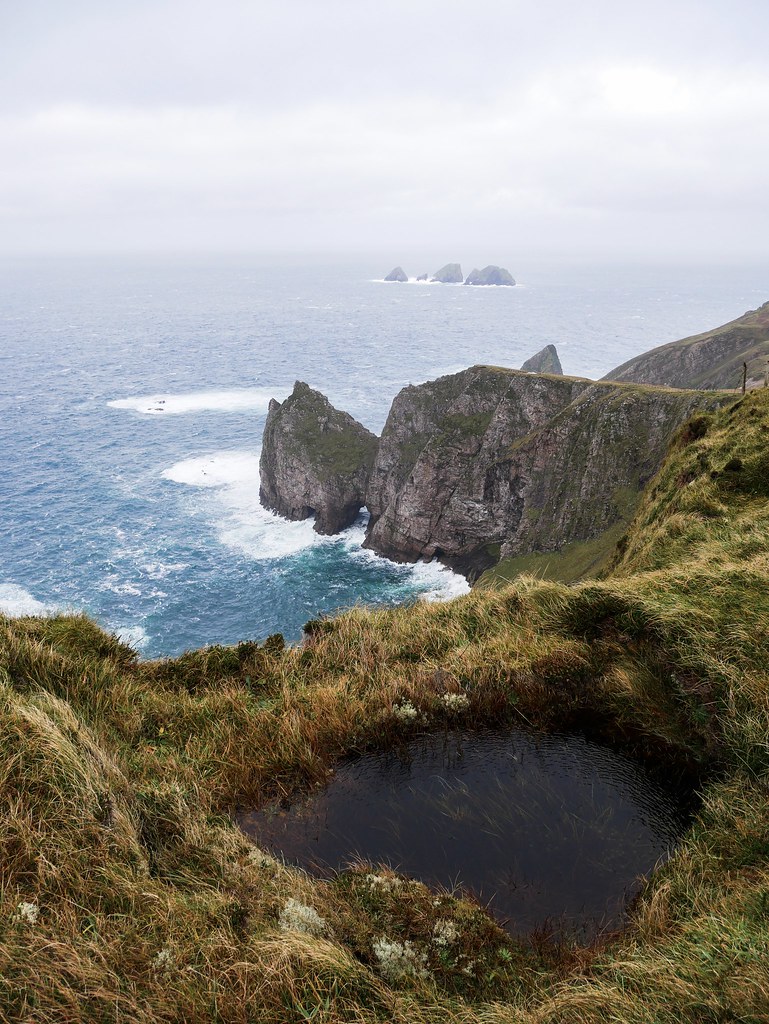 In the afternoon we made our way down the narrow lanes to Rinroe, a quiet farming area with cliffs and a beautiful headland with a beach on either side. There was a large area of solid grass where we were able to park up for the night with an amazing view of the beach. We strolled down the headland to a little pier and along the sandy shoreline until some menacing black clouds started dropping rain on us. 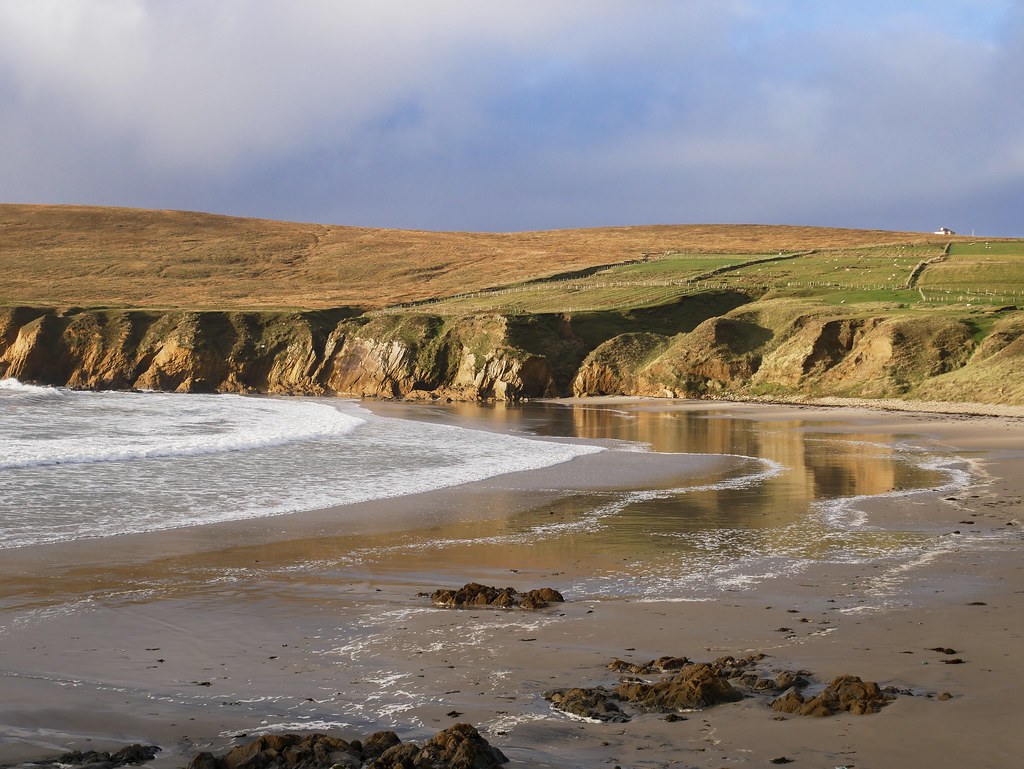 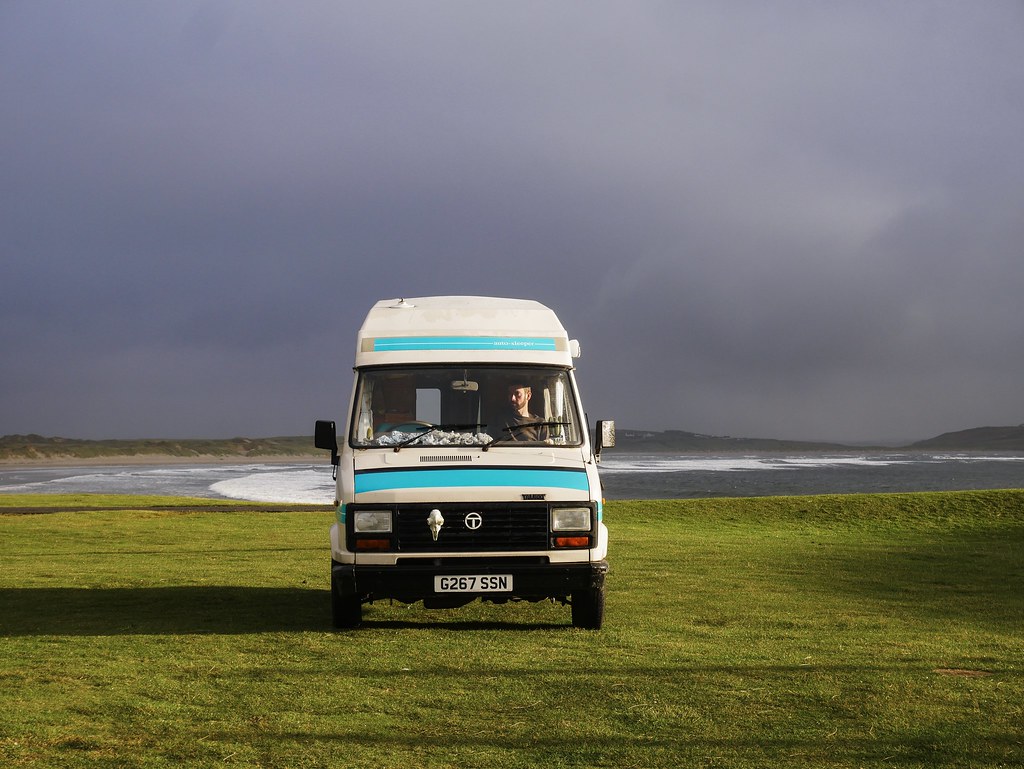 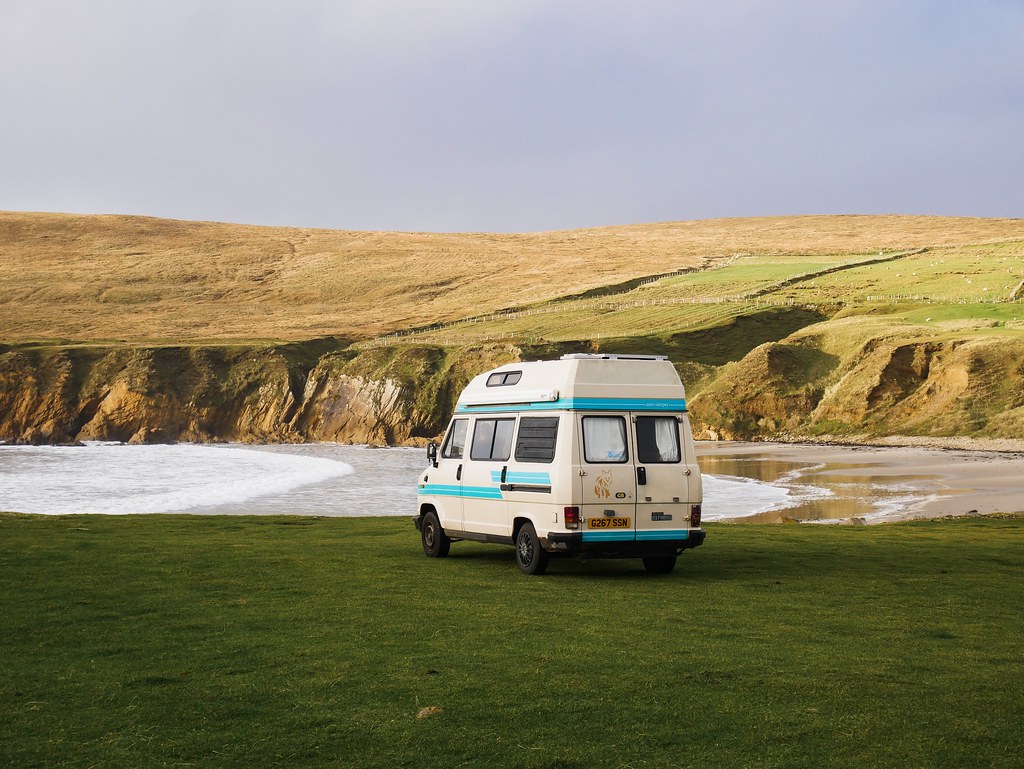 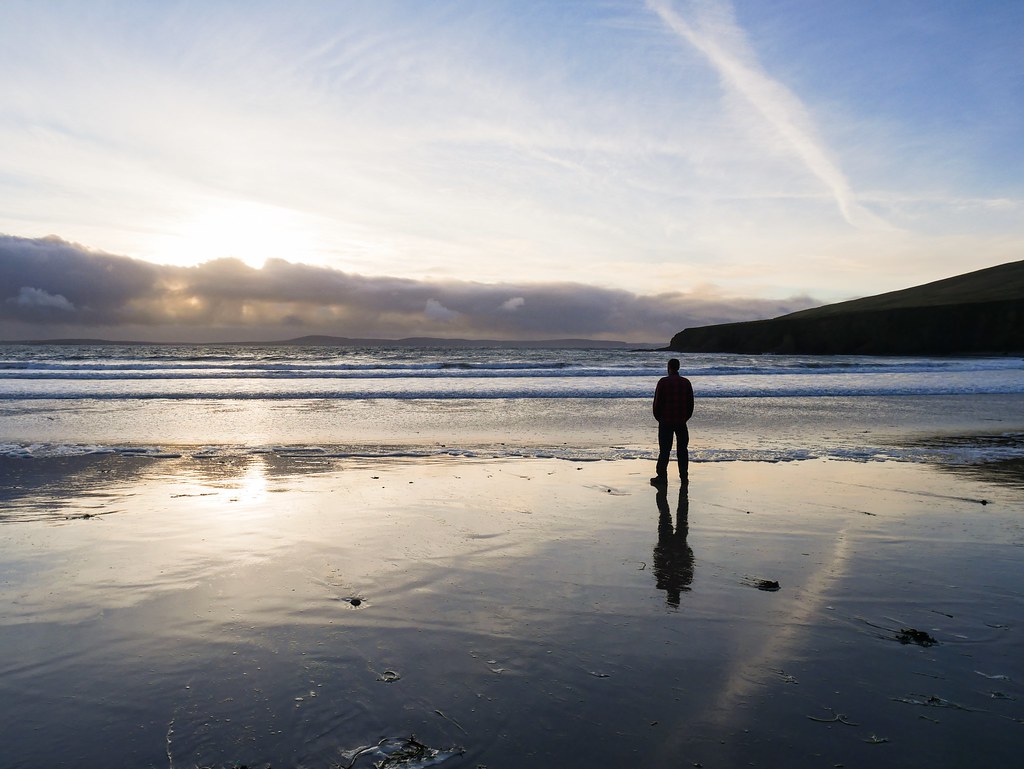 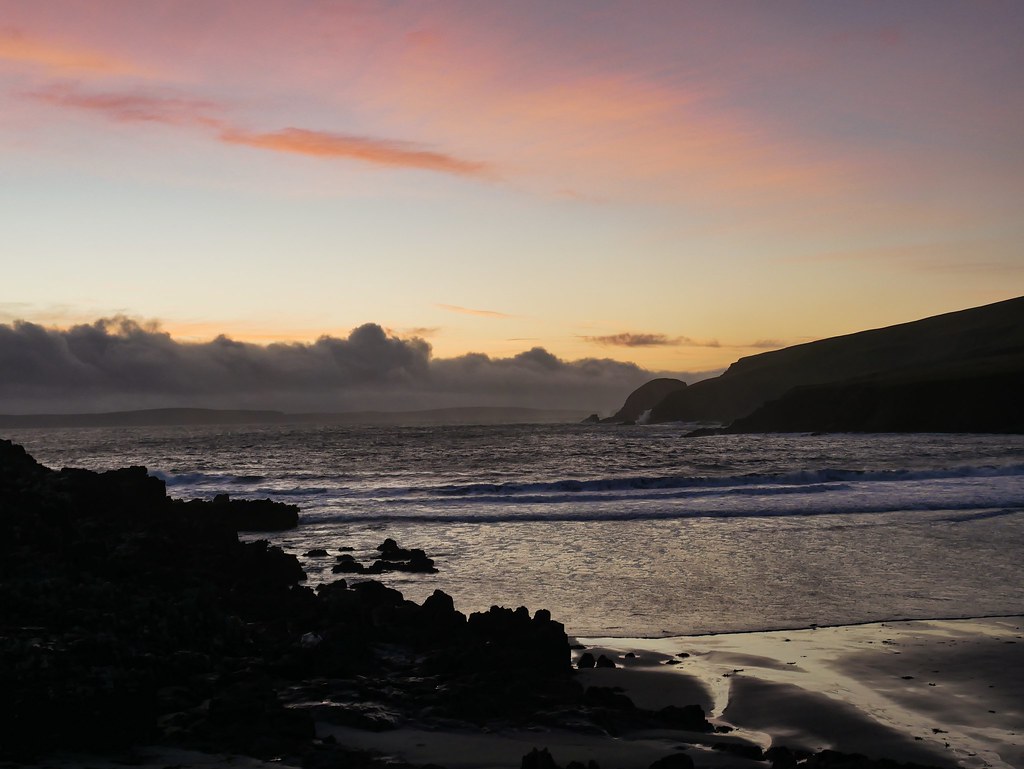