A lot of people think Slieve League holds the trophy for the highest cliffs in Ireland but it turns out that it’s just a myth. Information online is rather cryptic and says things like ‘the highest, accessible, sea cliffs in Ireland’ regardless of their awards we were going to see what all the fuss what about. Instead of going to the paid carpark like everyone else we opted to hike the Pilgrims route round the back of the cliffs and over a supposedly narrow ridge line called One Mans Pass. 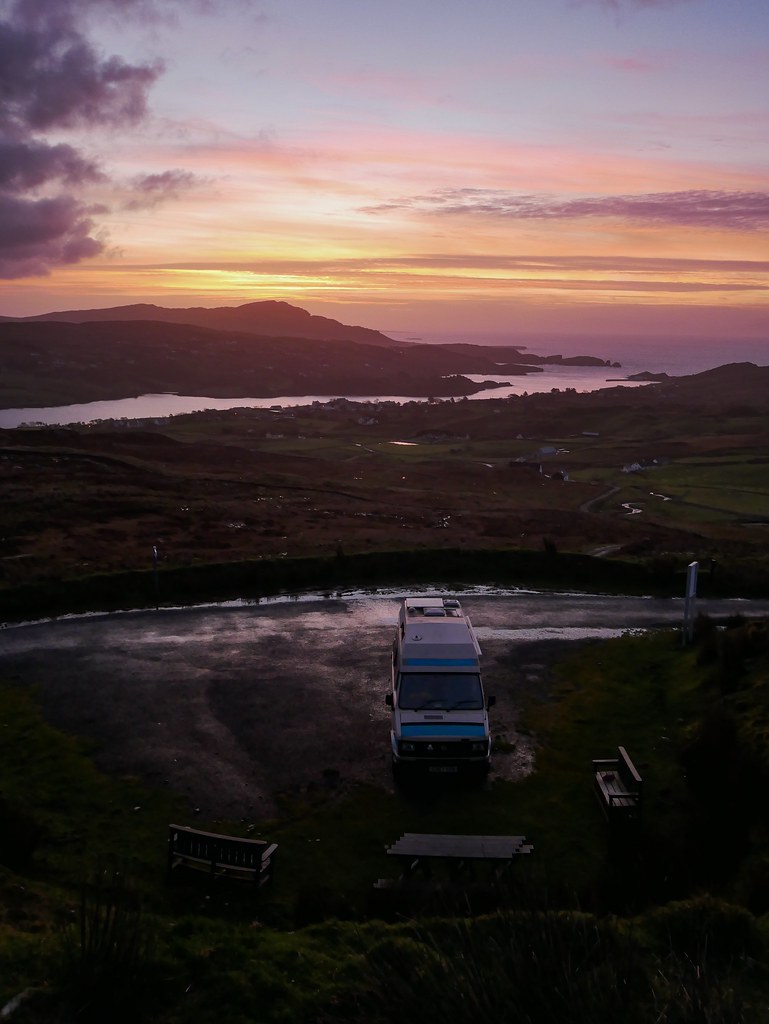 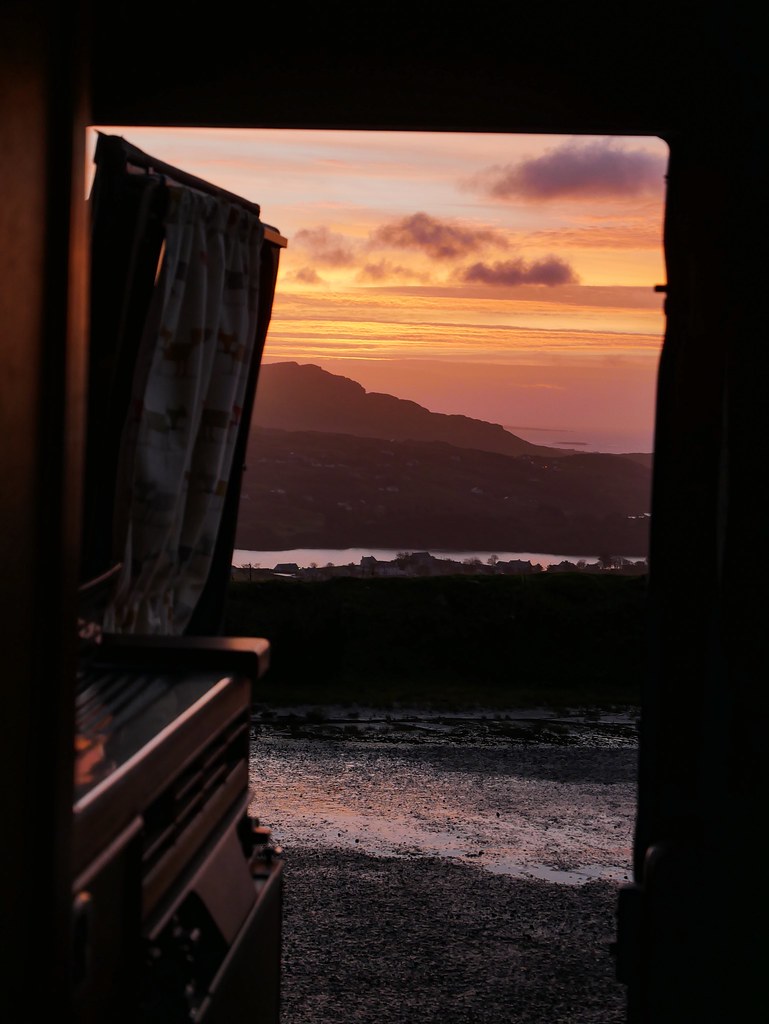 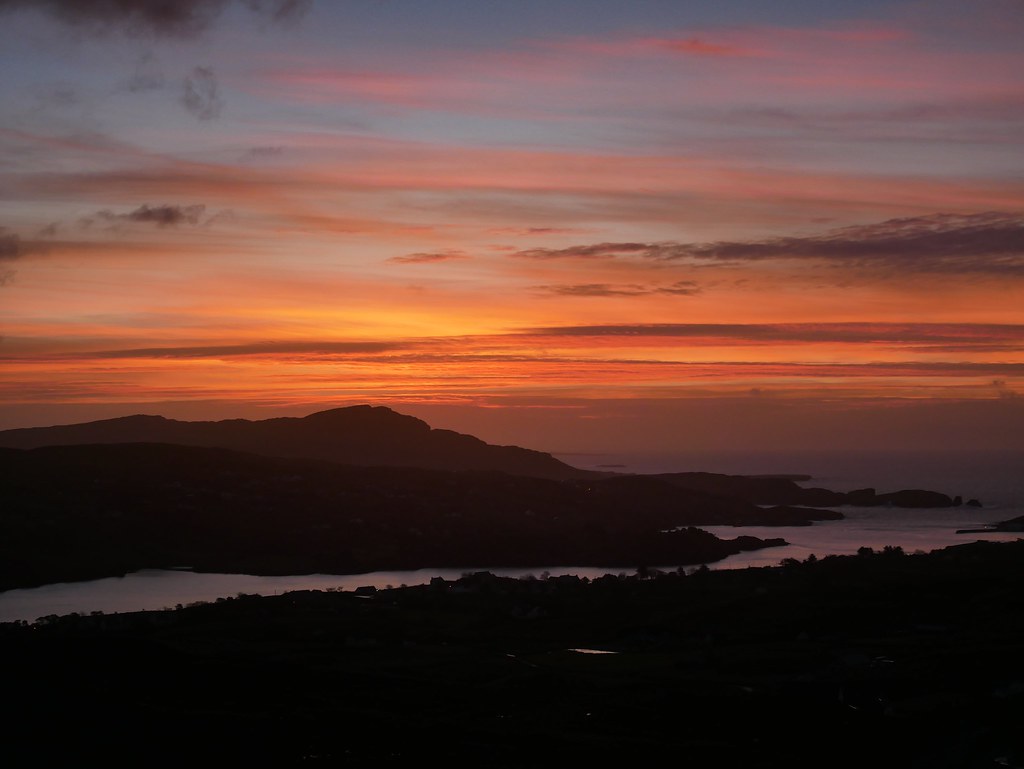 We parked in the trailhead parking the night before so we could make an early start. After eating breakfast in the dark the sun slowly rose and beautiful pink stripes filled the sky. The trail led us through a pretty valley and uphill towards the top of the cliffs. Even though it was a sunny day the cliffs and hills around us all had a layer of cloud on them and soon enough we were walking through it. Our views vanished which was a big shame but we continued west to the highest point of the cliffs, thinking that’s where the One Mans Pass was. A couple of the ridge lines were narrow but nothing scary at all so we figured Ireland’s version of ‘narrow’ was much tamer than Scotland’s. Well, we were soon corrected when we turned back, began tracking east and found ourselves looking down a very narrow, rocky ridge. It was only a couple of feet wide and quite exposed so we had to sit on our bums and shuffle our way down. As we did this the cloud was beginning to thin and we could see the sea way below us. 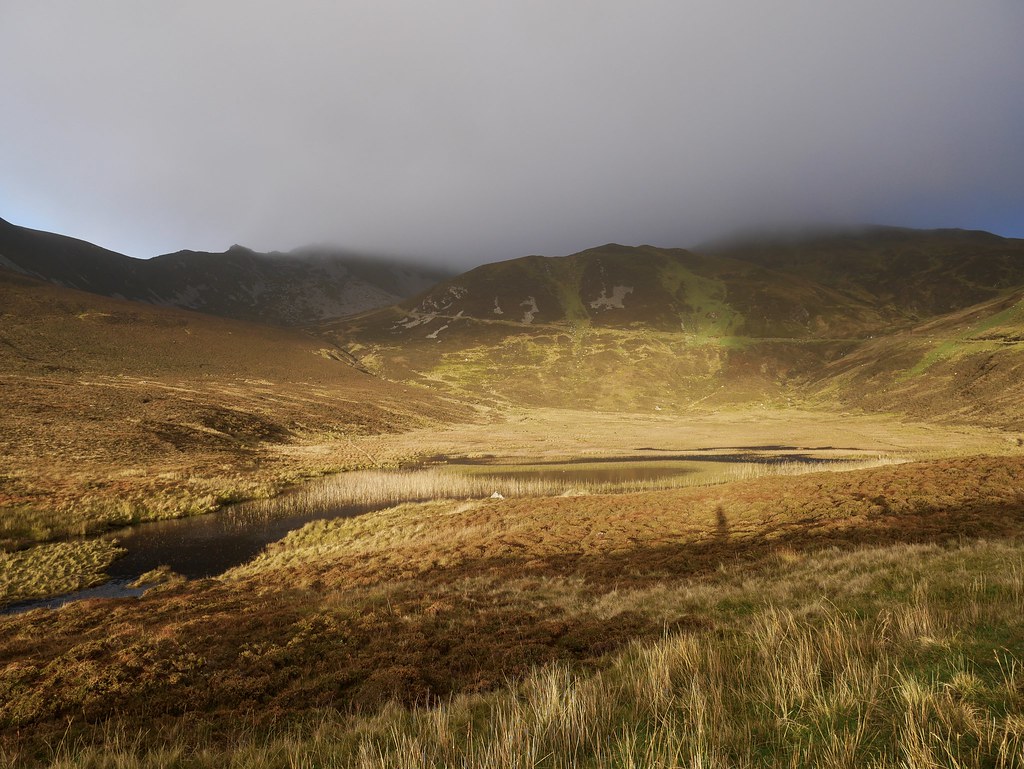 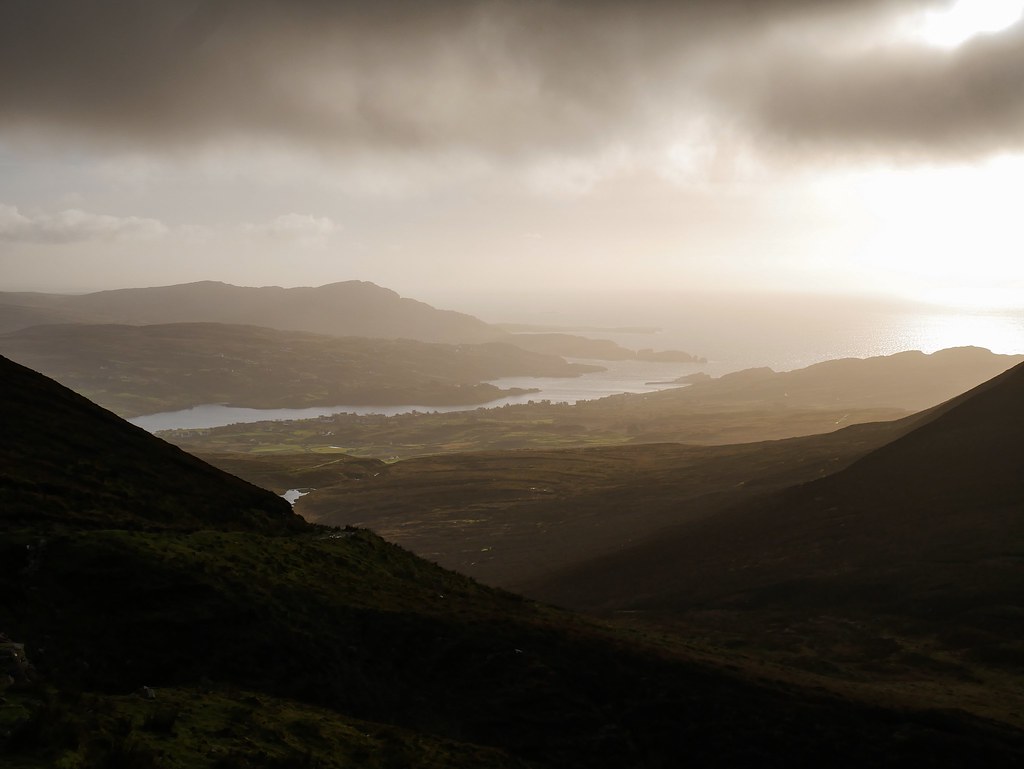 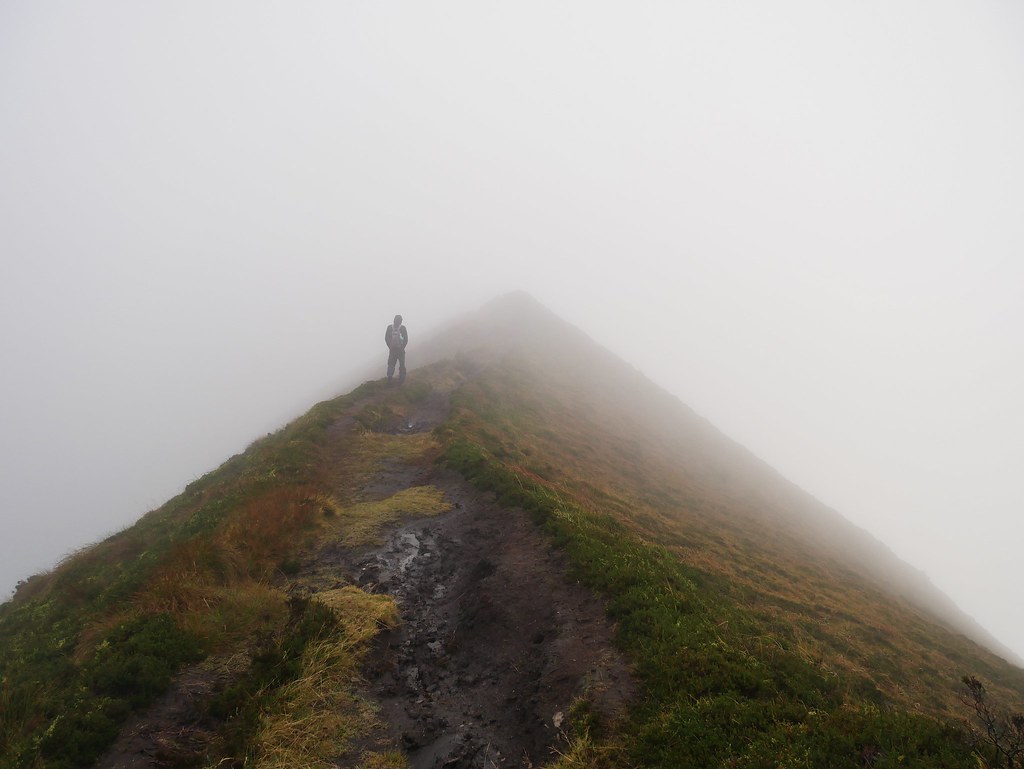 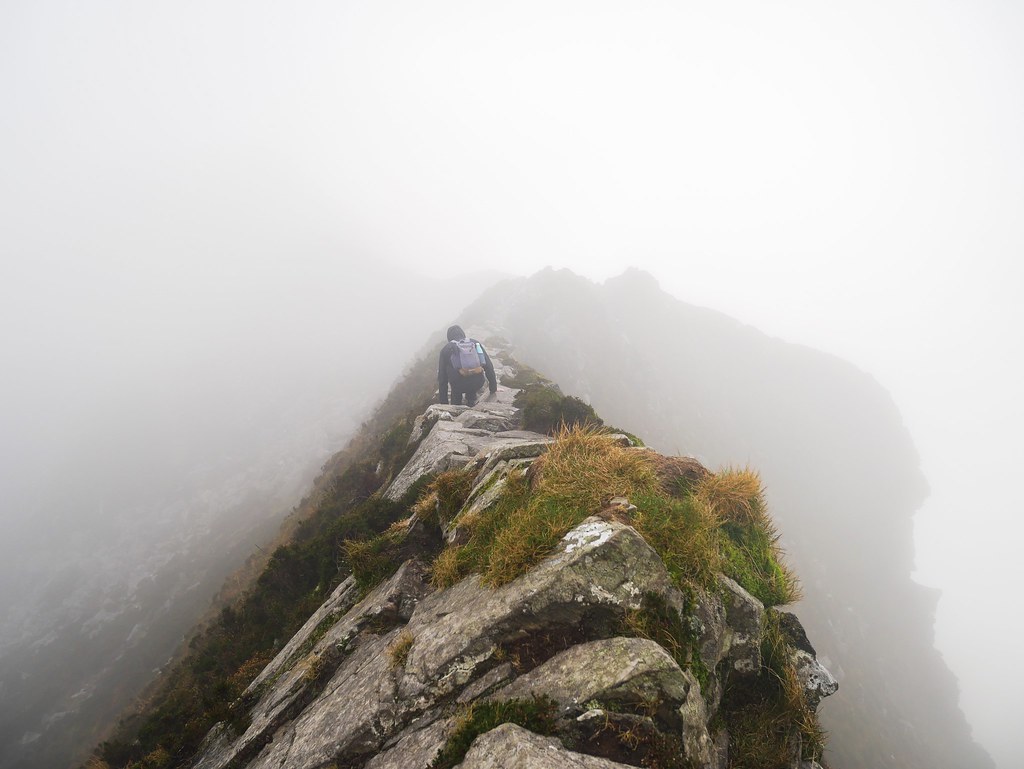 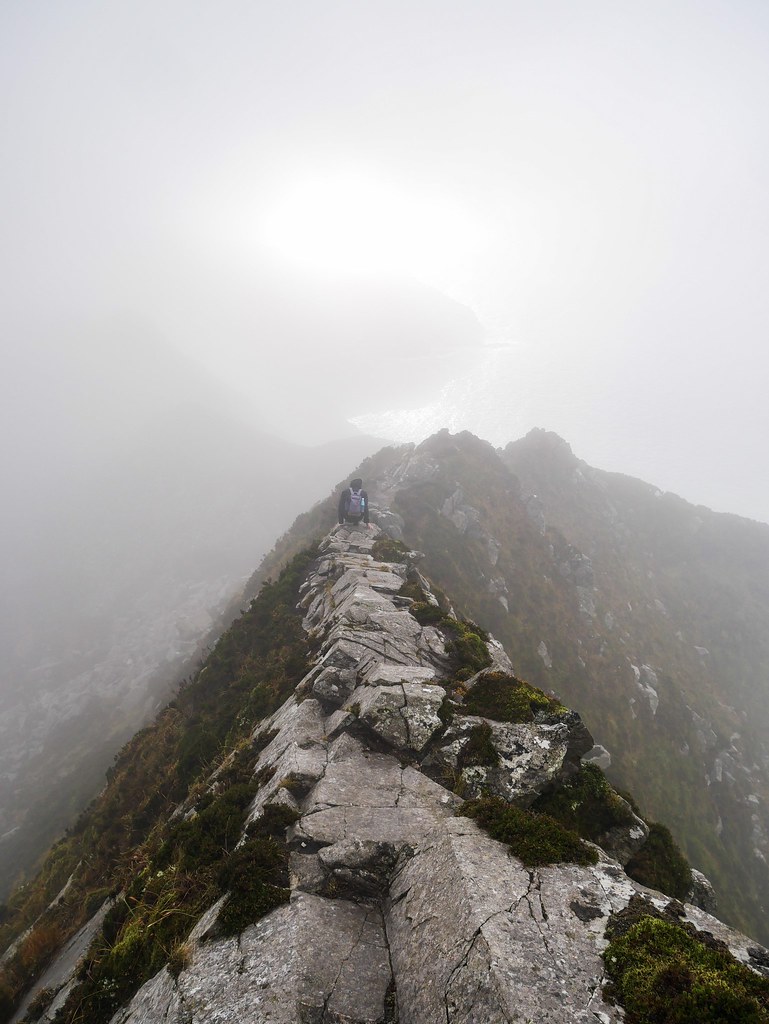 The further we walked down the clearer the view became until we were totally beneath the cloud. We headed to the main trail where we got a fab view across the 600m cliffs with a thick layer of cloud resting on the tops and turquoise patches in the sea. It was a pretty impressive sight actually, and after admiring the sight we made our way back to Helga. This route involved following the roads which I hate doing as it feels so hard on my feet, especially after a long day hiking. We were absolutely shattered by the time we got back. 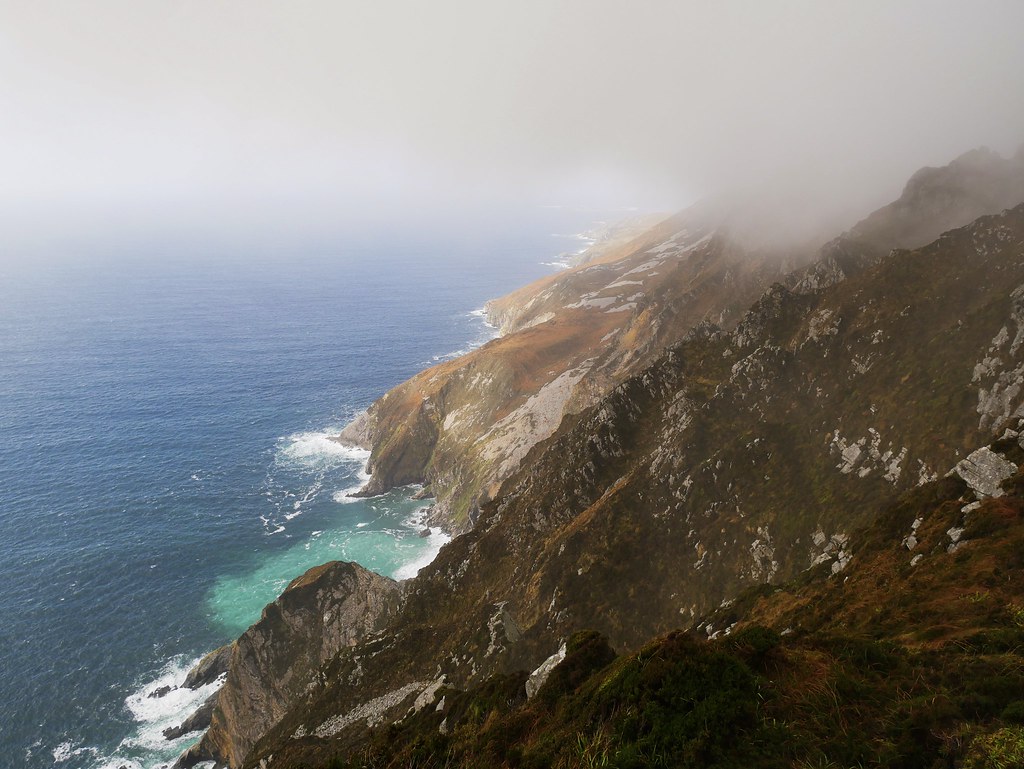 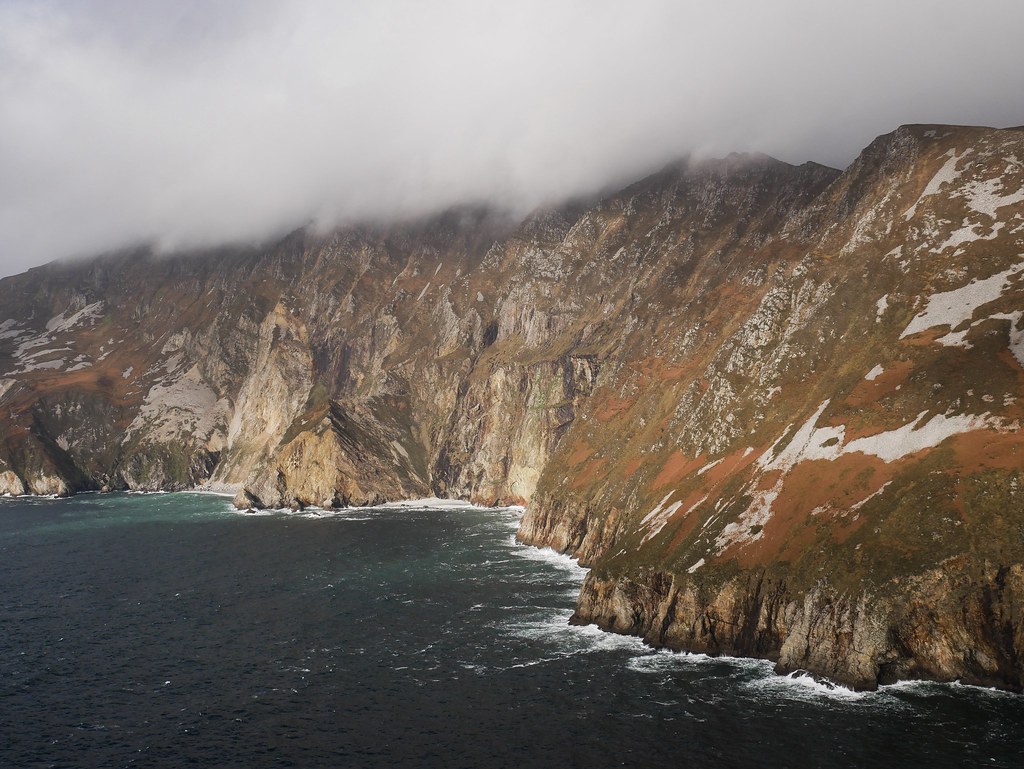 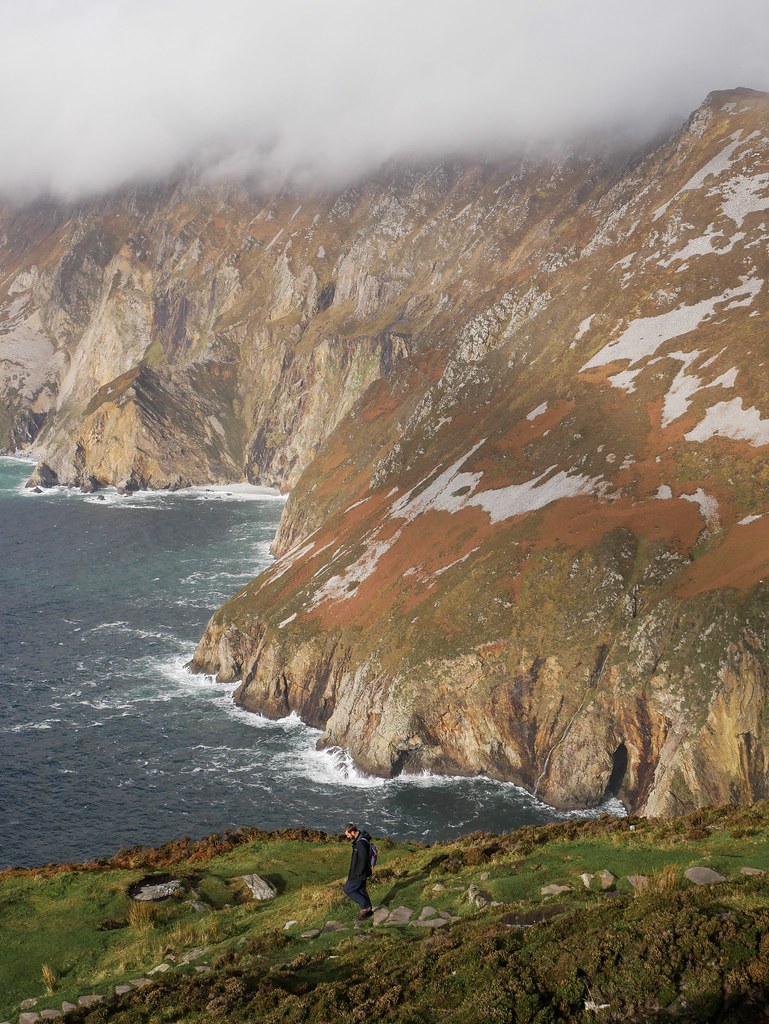 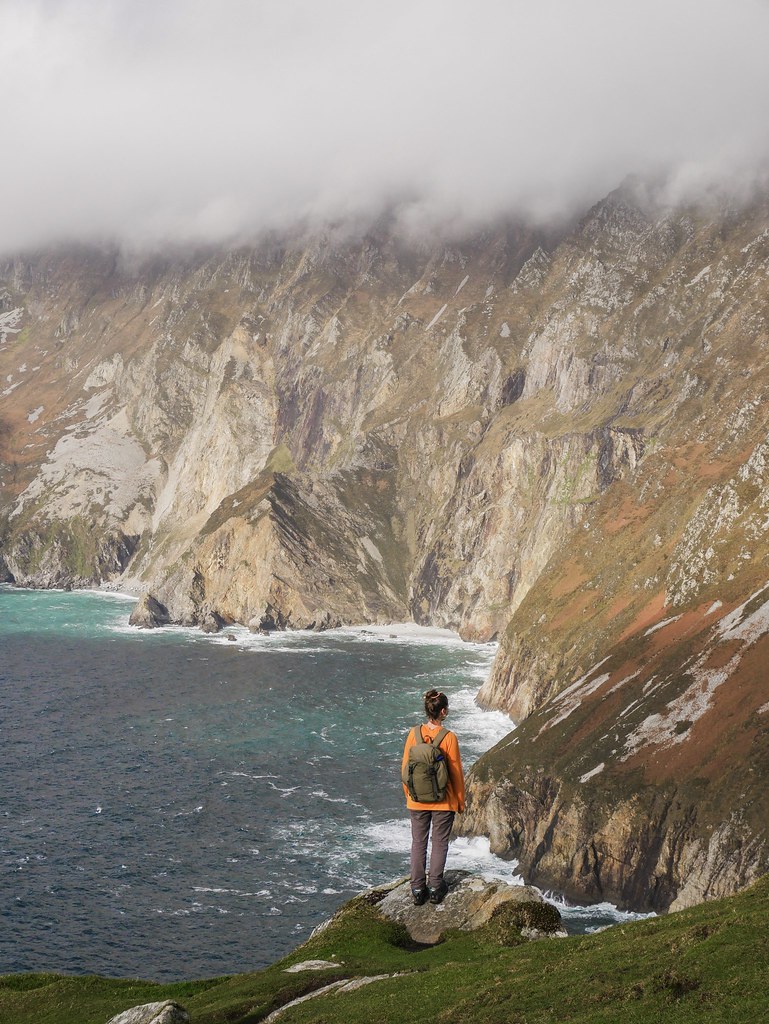 But, instead of resting we set off straight away and drove back down to the coast. We realised it was low tide which meant we could access Largy Waterfall, supposedly known as the secret falls but it’s common knowledge these days. We actually tried to go to the waterfall yesterday but it was already two hours past low tide and after climbing along the slippery rocks we realised it was foolish as the tide was coming in way too fast. So, back we went today and this time it had only just gone past low tide. It was just a short walk along the coast and the waterfall was hidden inside a sort of cave with a huge hole in the ceiling. It was a pretty little spot but we didn’t stay for long, once again it felt like we’d be caught out by the tide. We spent our evening parked up with a sea view, listening to an Irish radio station and watching the sun go down. 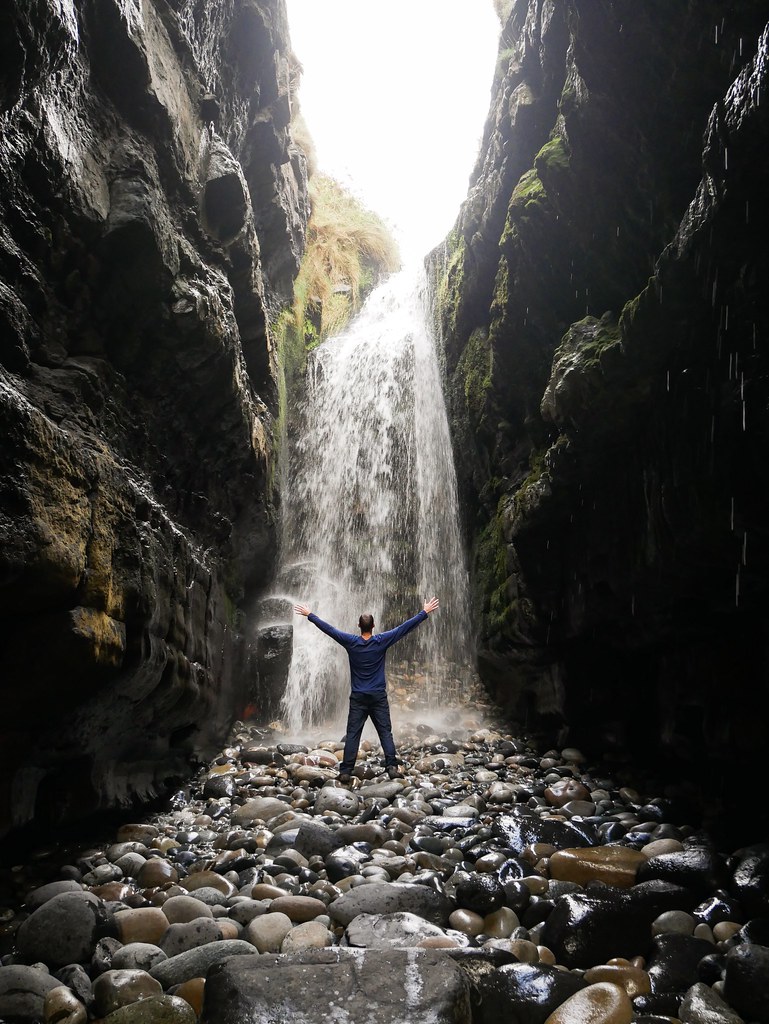 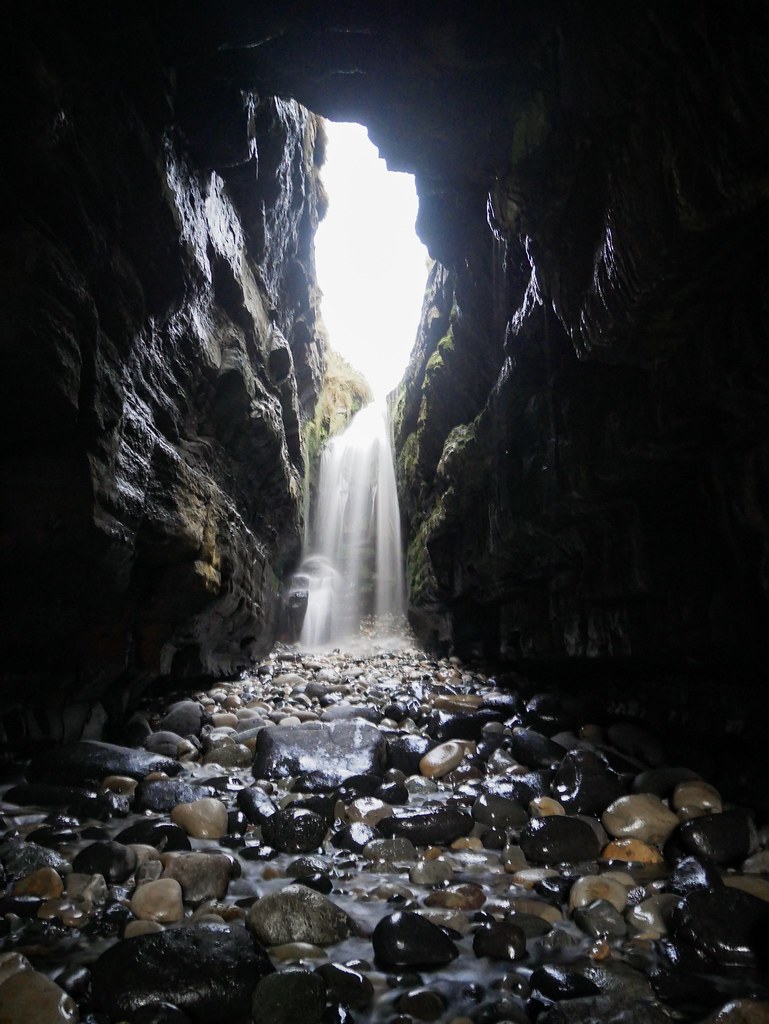