Glen Coe is pretty much as good as it gets in Scotland when it comes to mountain scenery. We’d driven through the area back in 2014 but the only photo and therefore the only thing that seems to stick in my memory is a field of burnt orange moorland and a rainbow. I didn’t even capture a mountain which made me wonder if they were all hidden under a rainy cloud. So this time we were going to see Glen Coe properly! 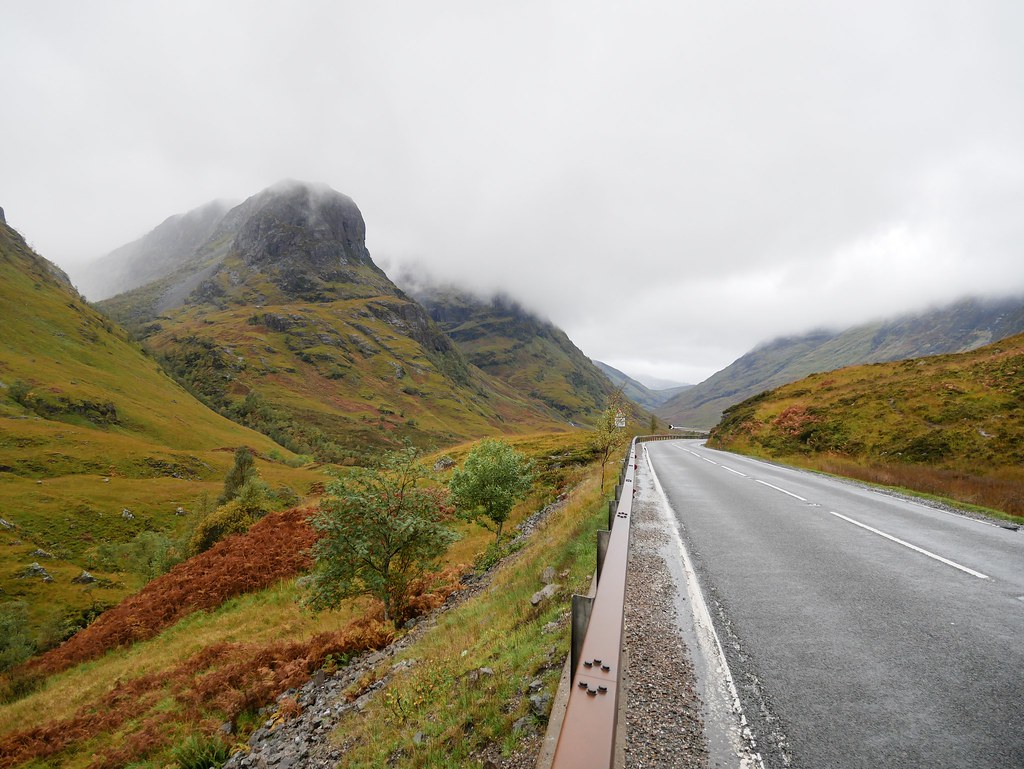 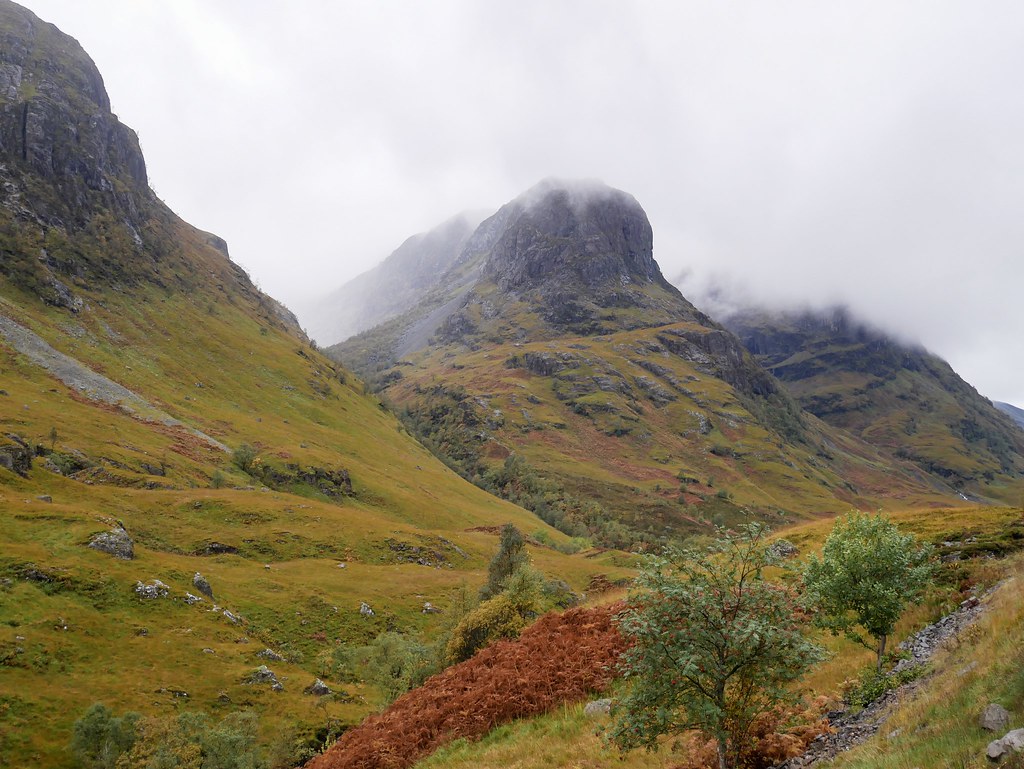 It was a bit of a drizzly day but it meant we had low lying cloud drifting through the valley which was rather beautiful. The valley was quite narrow with big mountains on either side of us. They were every shade of rusty autumn and looked absolutely gorgeous. We decided to risk a mountain hike in the hope that the weather perked up, so we picked Buachaille Etive Beag. A well made path led us uphill towards the low cloud. Remarkably as we made it to the pass it seemed to be perking up with a few sneak peaks of the scenery. We followed the ridge up towards the summit where it was blowing an absolute hooly. Suddenly the cloud started to clear and we could see up the Glen Etive valley and the mountains on either side of us. 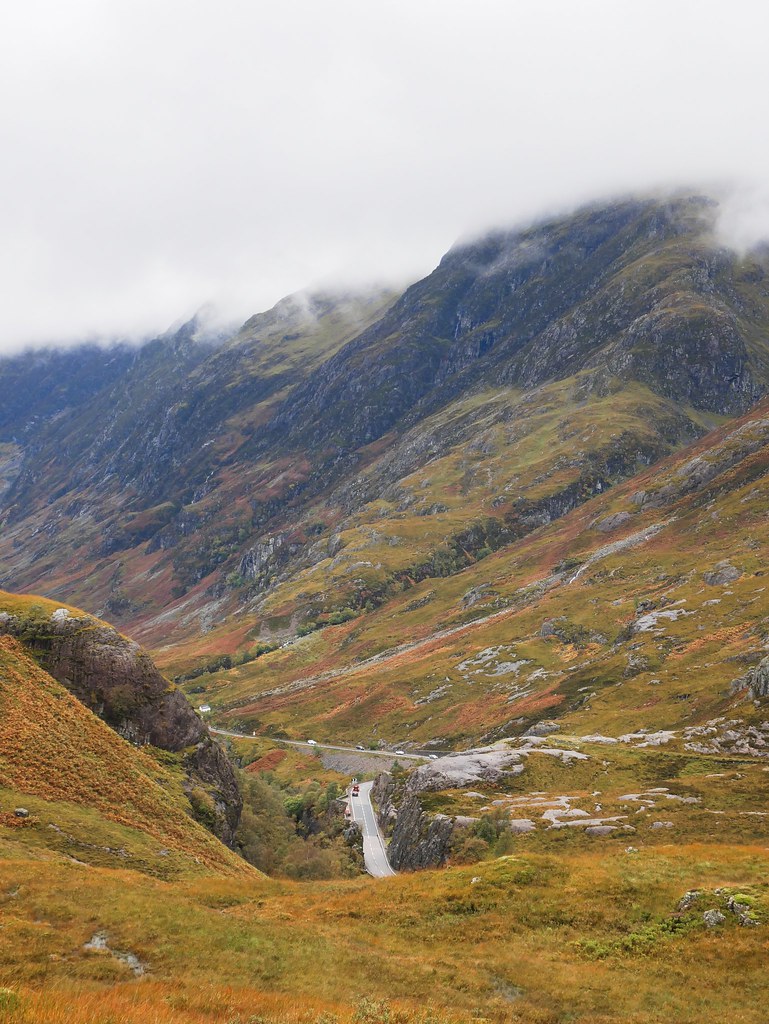 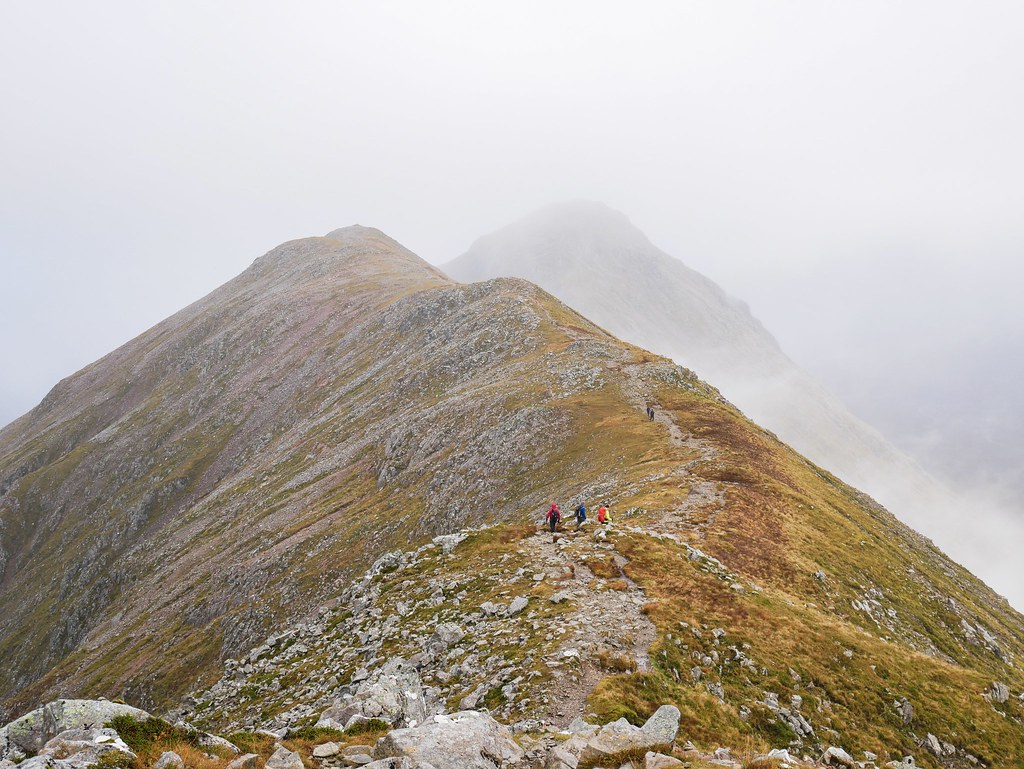 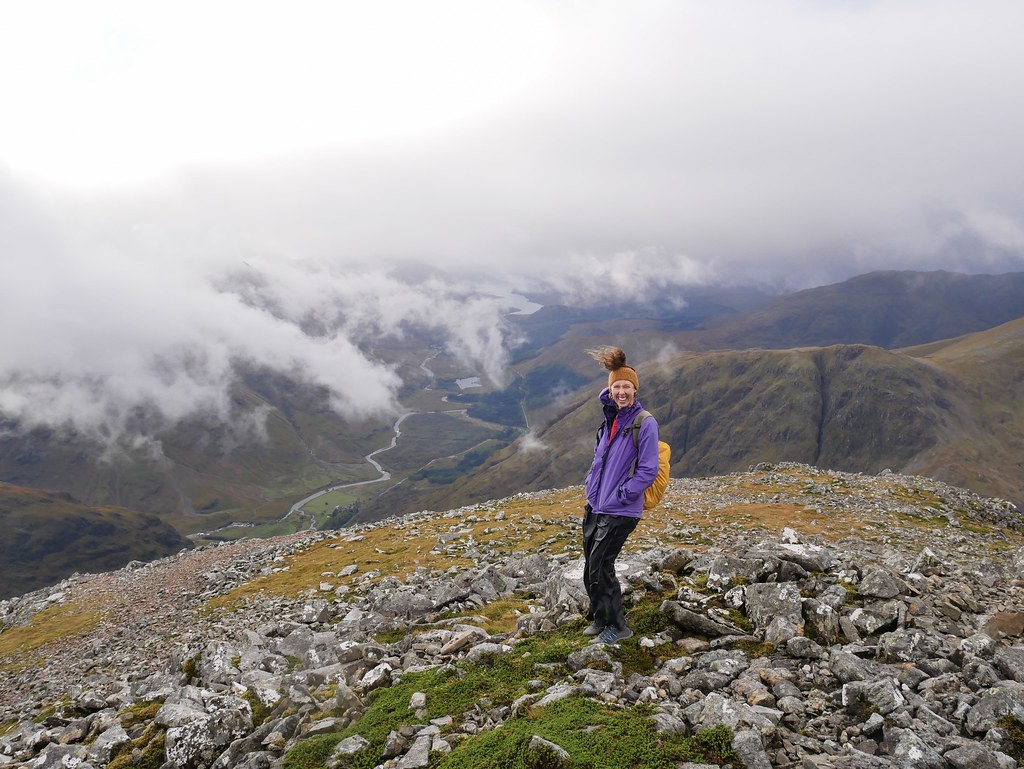 Craig found a nice, sheltered rock to have lunch on, just above the valley where the clouds slowly drifted below us. On our way back down to the pass an old chap stopped us and asked if he could have a word. He explained that he was 80 years old and had set himself the challenge of hiking all the Munro’s, which are mountains in Scotland over 3000ft and there are 282 of them. He was doing it to raise money for an Alzheimer’s charity after his beloved wife was diagnosed with the disease. Now every time I’m struggling up a summit or hiking along a scary section I’ll think back to that chap and say ‘an 80 year old man hiked this, I can do it too!’ 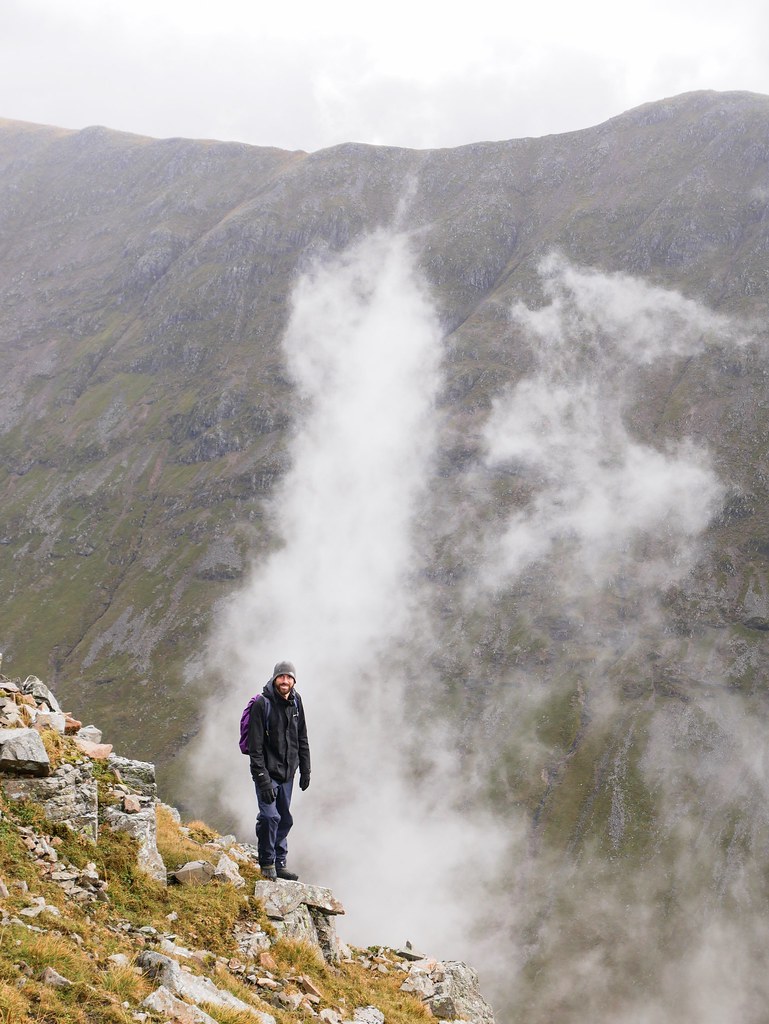 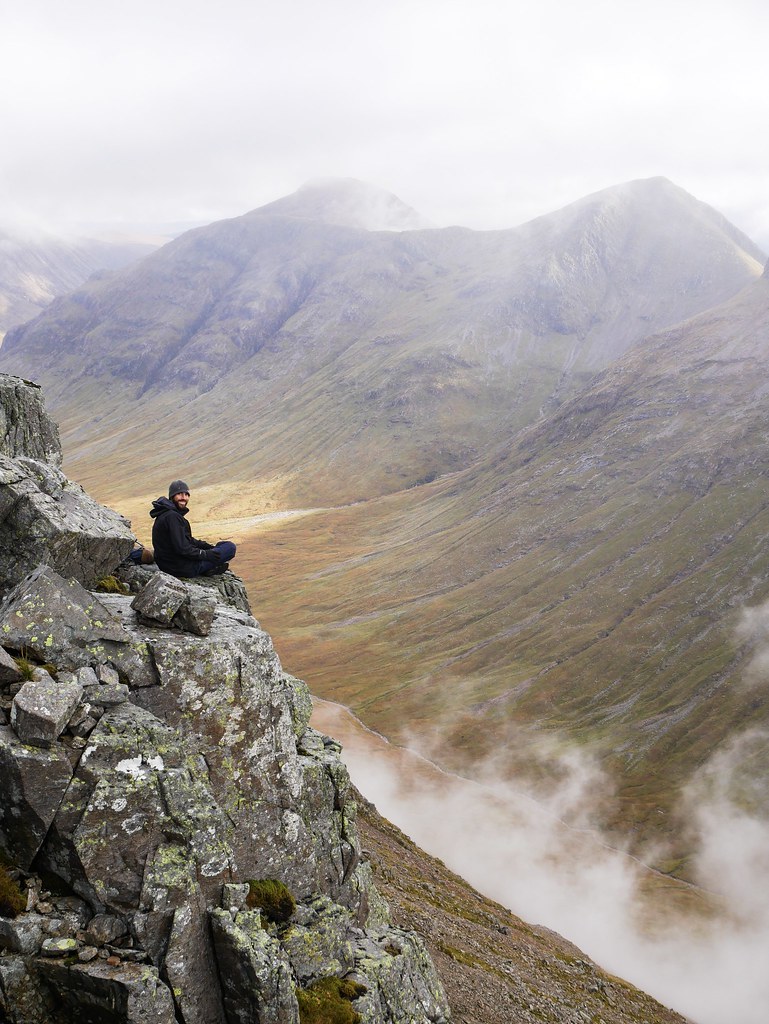 The weather kept improving with better views of the ridge-line and surrounding mountains but also a wall of cloud slowly passing though the valley like a ghostly figure. We decided to continue from the pass up to another summit, maybe not worth the extra climb though as it clouded over quite a bit. 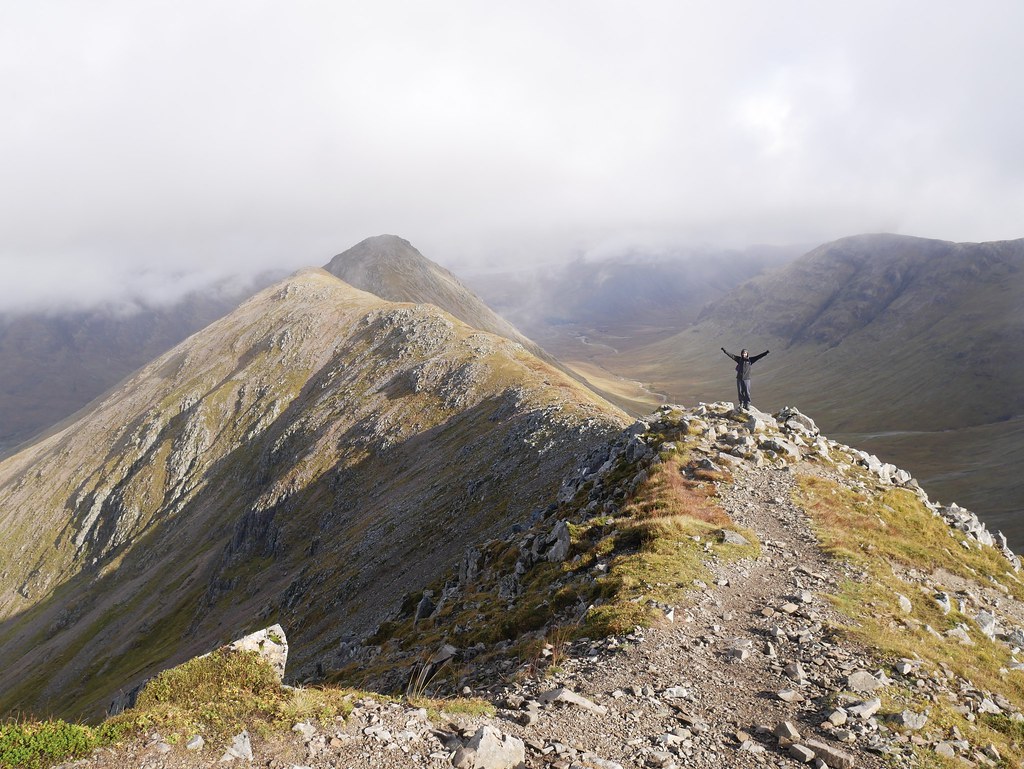 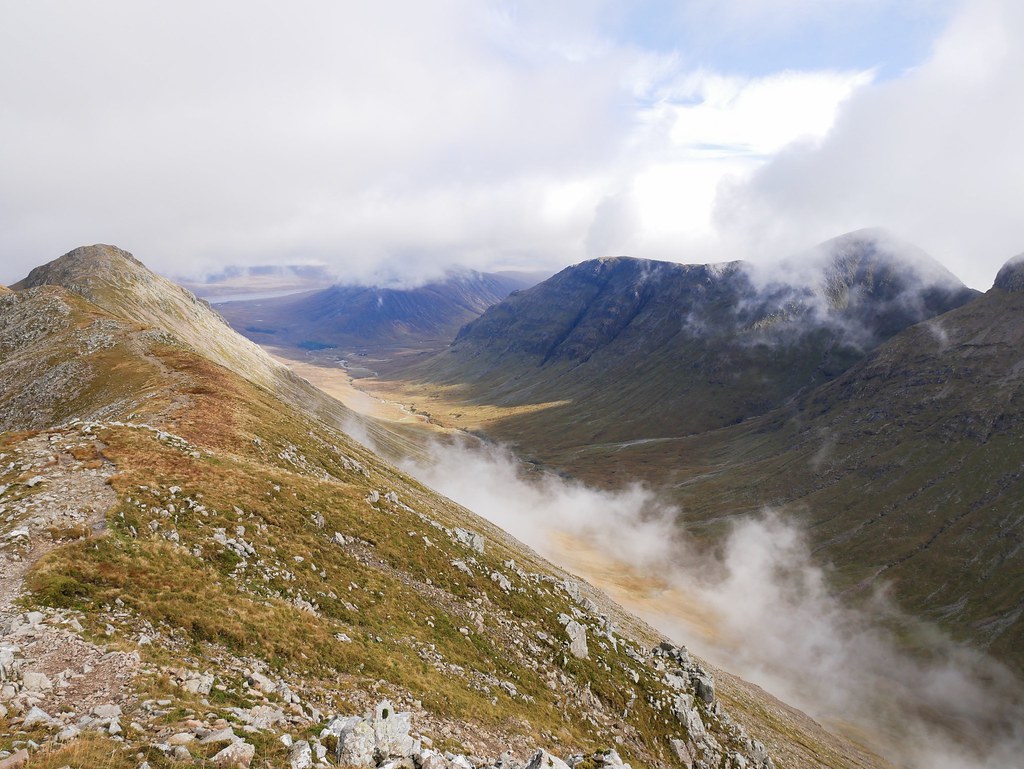 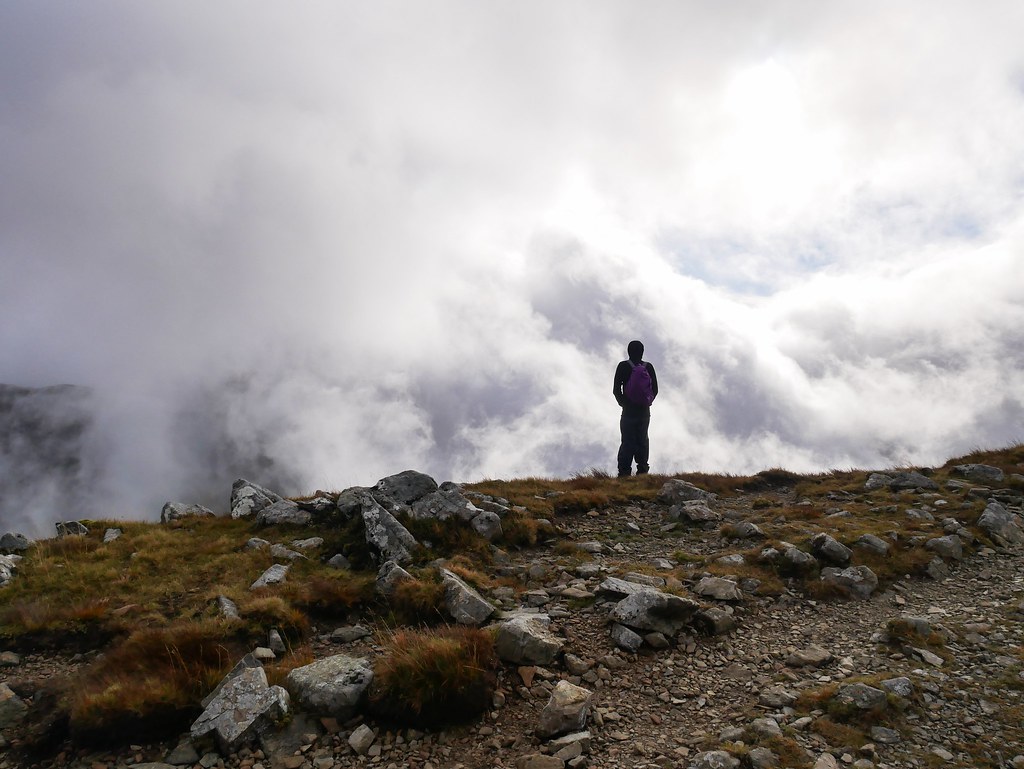 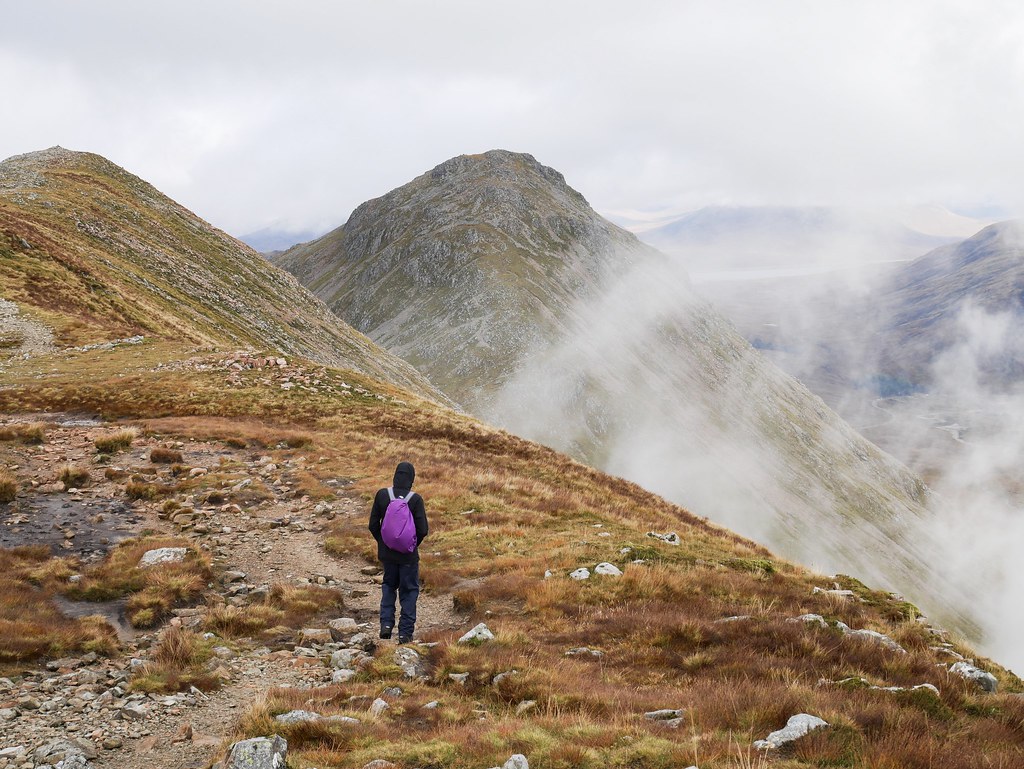 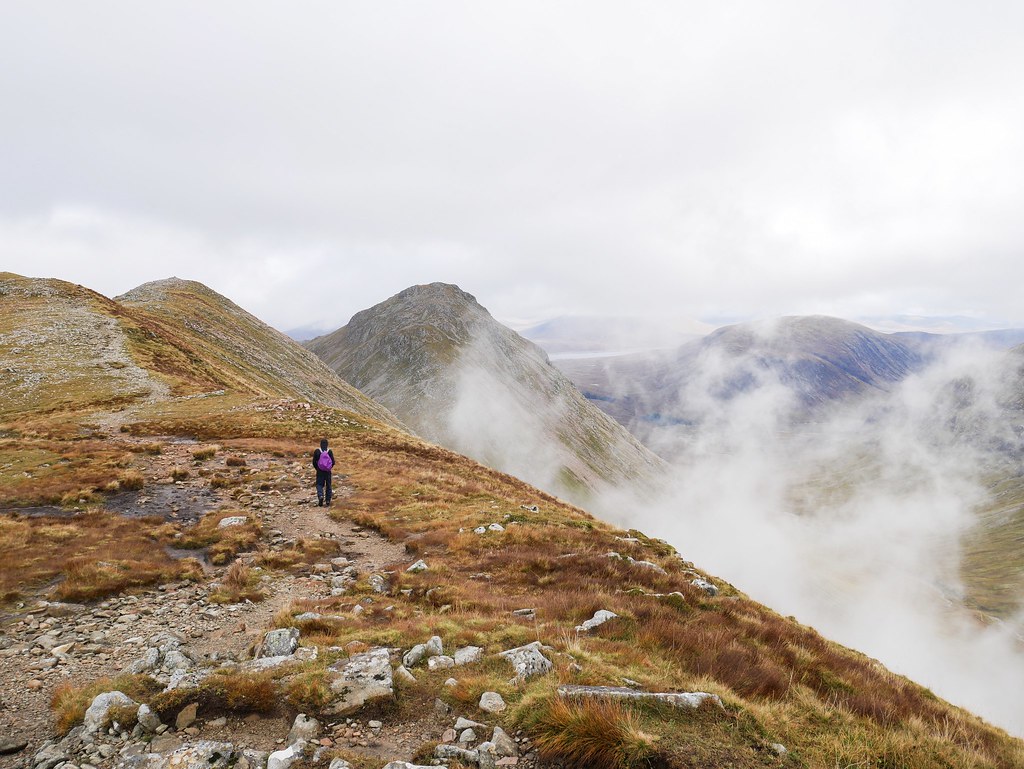 On our way back down we finally spotted a stag on the hill side with a few females. He was bugling which was rather exciting to see! We were quite sweaty when we got back which was surprisingly in the cool autumn weather so we decided to go for a dip in a river. First we had to cross a river near the main road which was a challenge in itself. I had my welly’s on but Craig just had hiking boots so I went ahead and stuck my arms in the chilly water, pulling our large stones and throwing them into a new position so Craig could use it as a stepping stone. We found a smaller river nestled between steep, rocky walls and it plummeted downhill in a series of little waterfalls and pools. One of the pools looked like a good option for our dip, bit it ended up being extremely challenging to enter with rocks as slippery as a sheet of ice. It was rather unpleasant for an October swim but we felt so fresh and zingy afterwards. 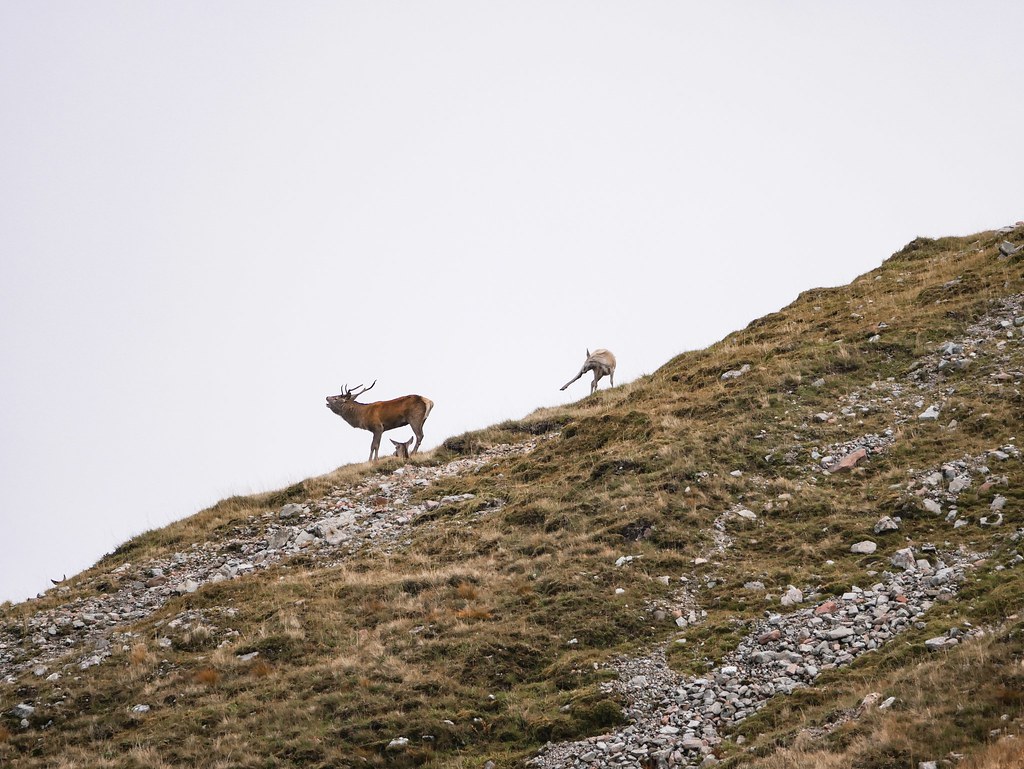 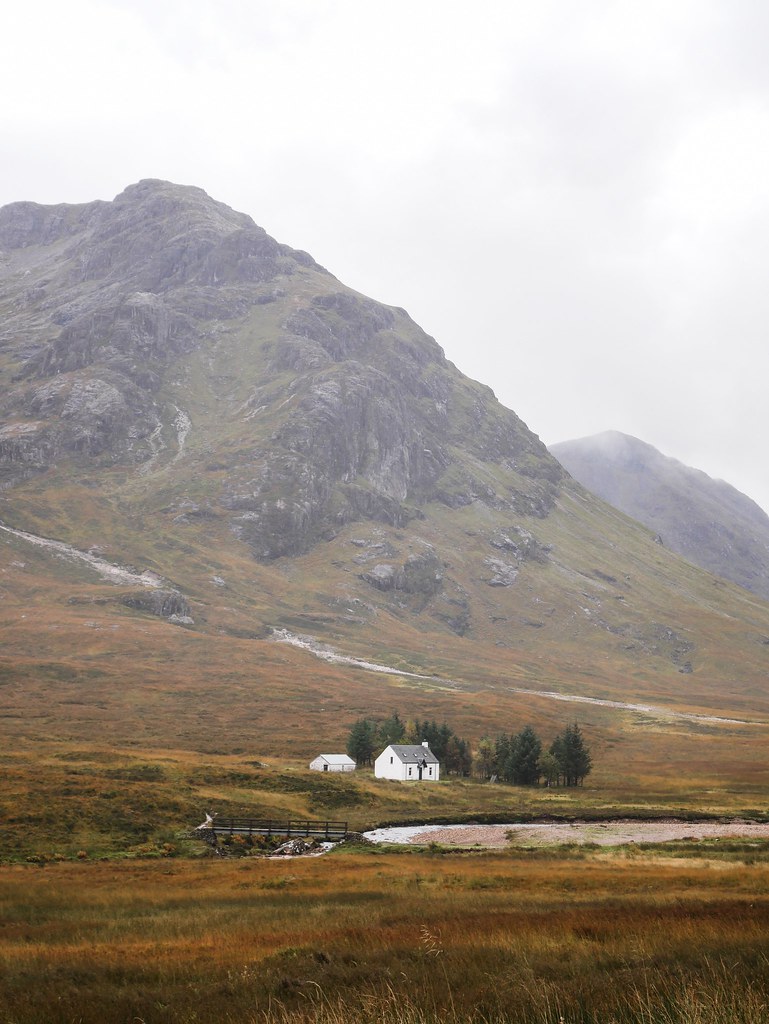