Our first stop in the western side of Orkney was the Broch of Gurness which is the remains of an Iron Age village. For a person that has little interest in history I must admit it just looked like a pile of rocks. The stones were only a feet or two high, it was like someone laid out the floor plan of a future home and realised it wasn’t quite right so they abandoned the sight. I particularly liked how a stone with a large hole through it, set between two slabs of slate was labelled as ‘we believe this is the toilet the vikings used, alternatively it could of been where they cooked’, quite contrasting uses! We had a little stroll around but found it more interesting continuing the walk along the coast where we saw a few seals. 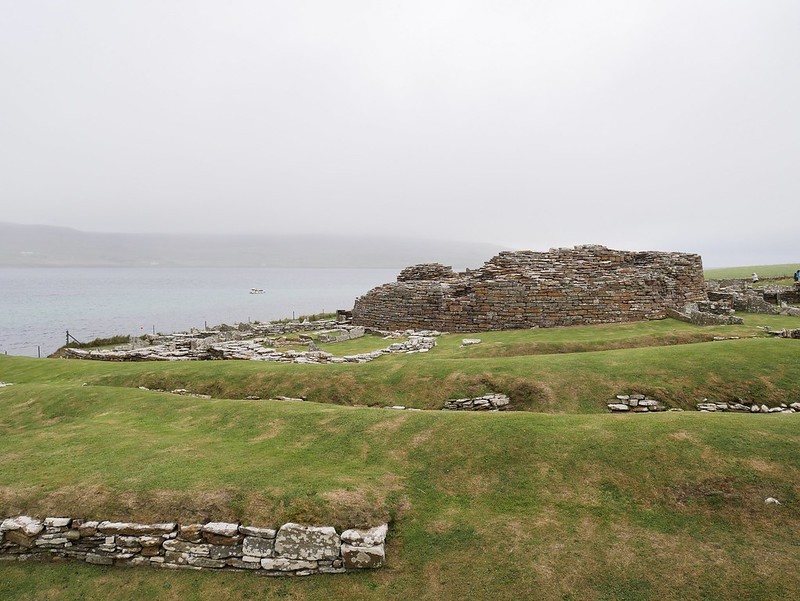 We ended up pulling up for the night by a gorgeous beach. The water had a neat line through it where it changed from turquoise to a deep, dark blue. As peaceful as the location seemed we were awoken on three separate occasions throughout the night by cows!! At first we didn’t know what was happening, the van was being pushed about so Craig quickly turned the headlights on and a group of cows just stood still and stared our way. A couple honks of the horn made them scarper but only for a short while until they needed to use Helga to scratch their backsides again. 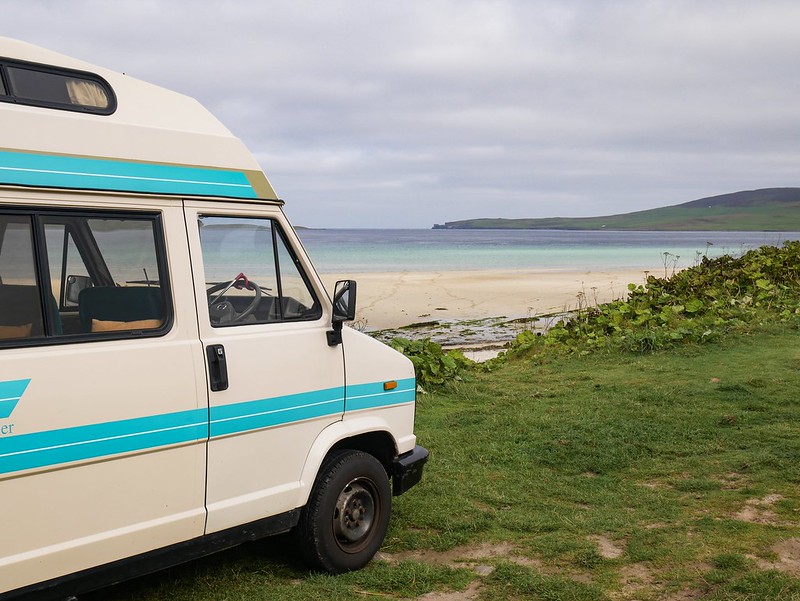 We continued our drive west to Marwick Head Nature Reserve. A trail led us up the cliffs which would of been full of sea birds a month ago, with puffins waddling about but now the season has passed and the cliffs just had the remnants of white bird shit covering them. There were still a few birds here and there, like fulmers who love to glide precariously close to the cliffs (and humans) using the updrafts, but overall it was a bit of an anticlimactic sight. We then headed back a bit to visit the Brough Of Birsay, an island connected to the mainland by a causeway which is only accessible at low tide. 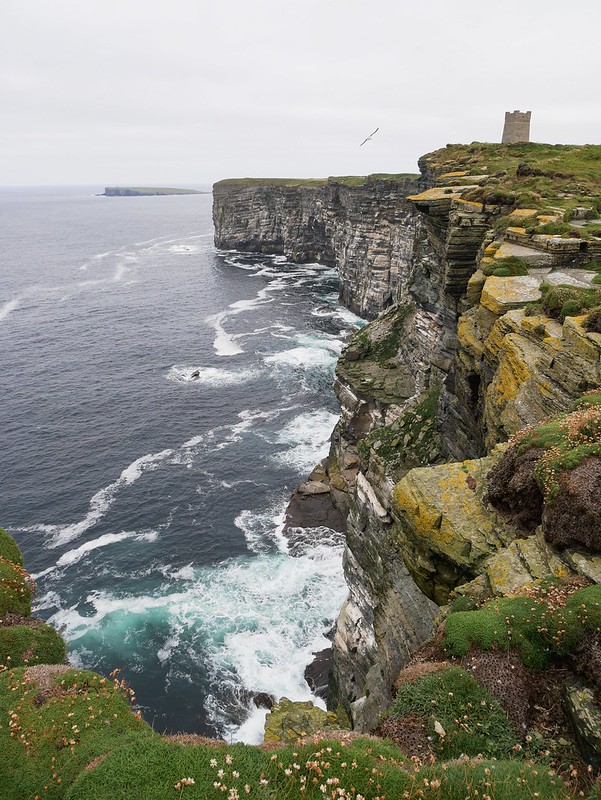 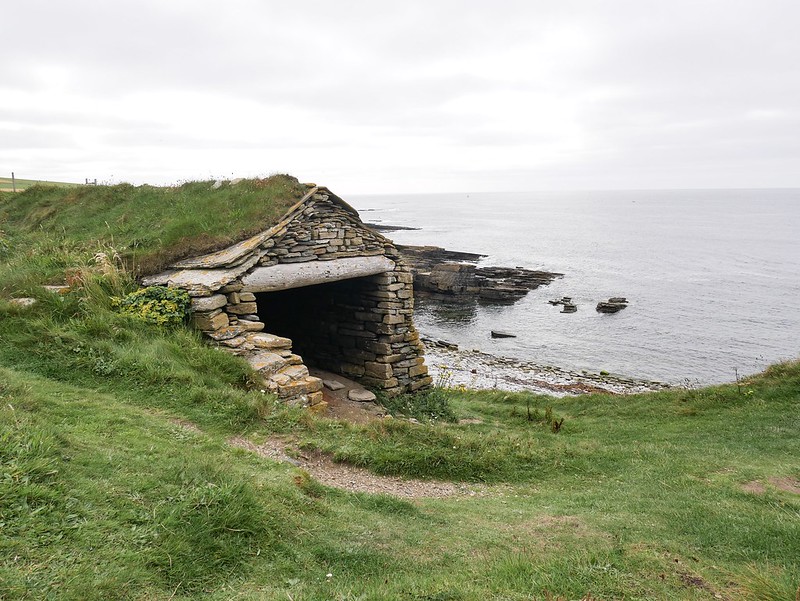 The tide was still fairly high when we arrived and most of the causeway was still underwater. We decided to see how deep it actually was though and risk a walk across. With our trousers rolled up and shoes in hand we began wading through the chilly water. There was a point where the causeway dropped almost a foot down and the water became high enough to cover our knees, a little disconcerting but soon enough we were on the island. It was quite exciting as the car park was almost full with cars but no one else wanted to wade through the sea so we had the whole island to ourselves. We took a casual stroll along the grassy cliff tops, passing narrow chasms and at the top of the island a little white and yellow lighthouse. 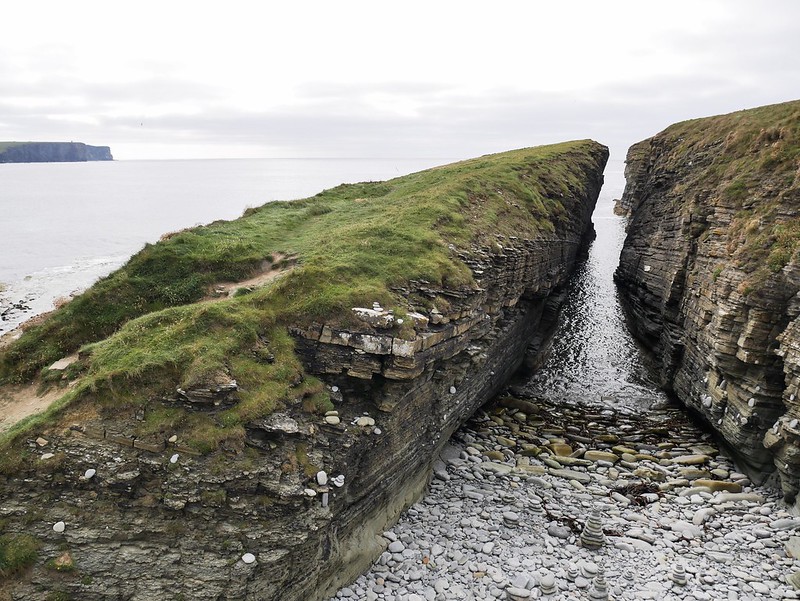 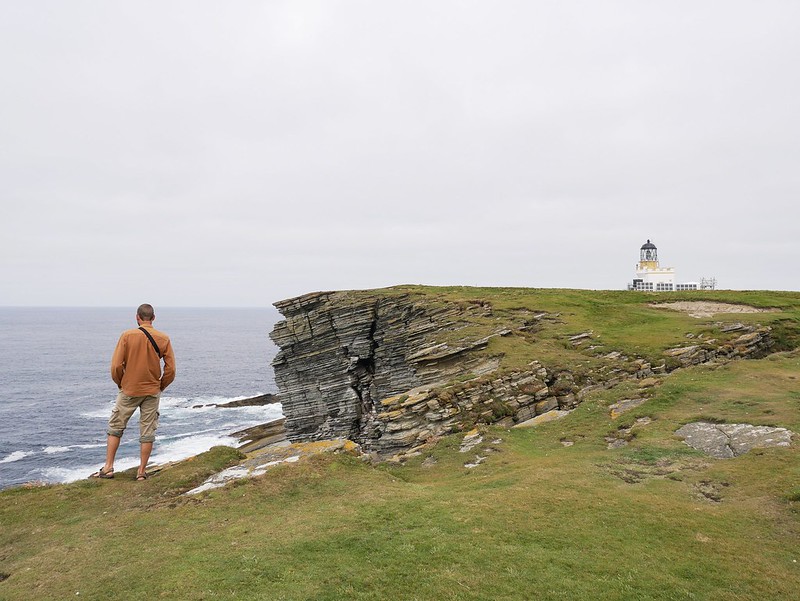 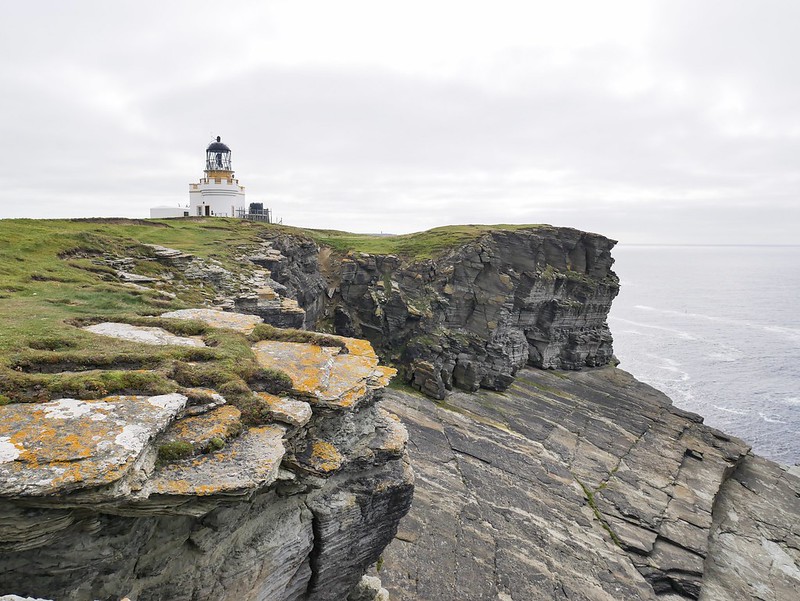 Our next stop along the coast was Yesnaby, a section of coastline with some dramatic rock formations. A fairly short stroll led us along the coast to a huge rock pillar rising out the choppy sea. It was interesting walking around the bay and watching this rock totally change shape. It started off looking short and wide but the further we walked the more impressive it became, looking more like a narrow pillar with a natural archway at the bottom. 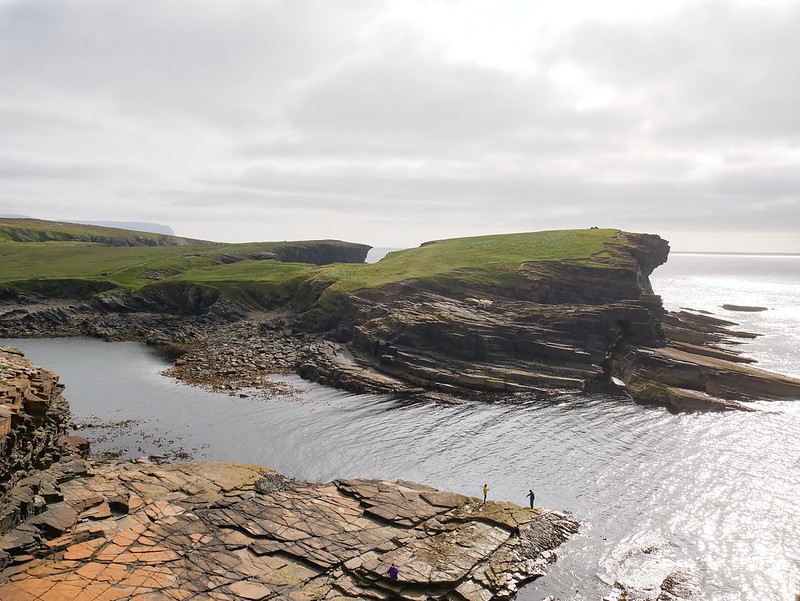 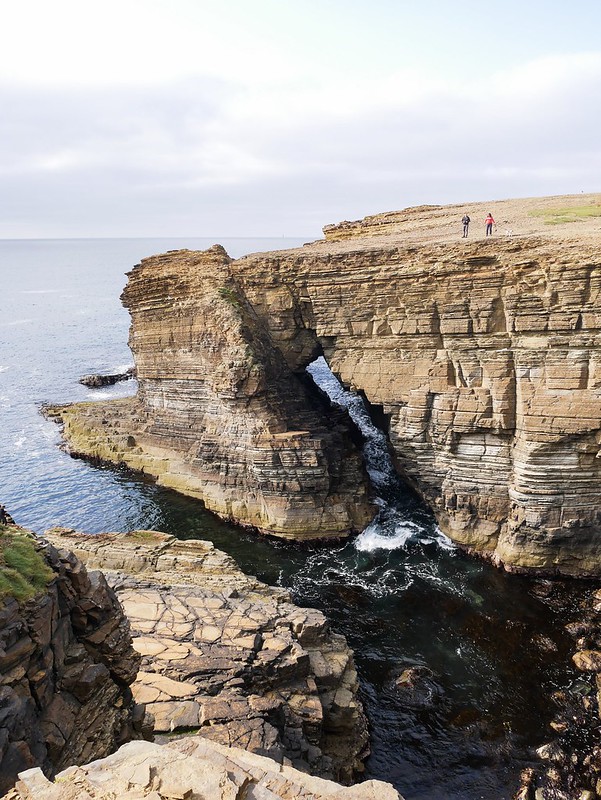 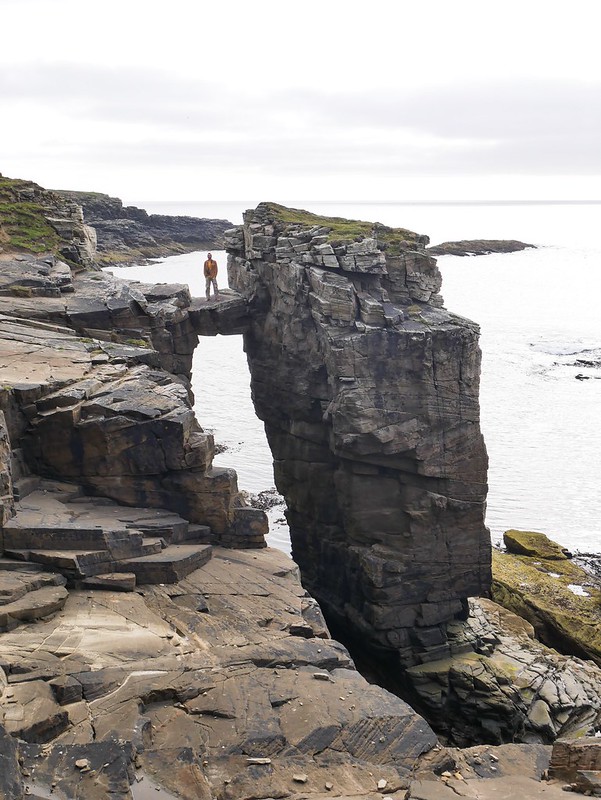 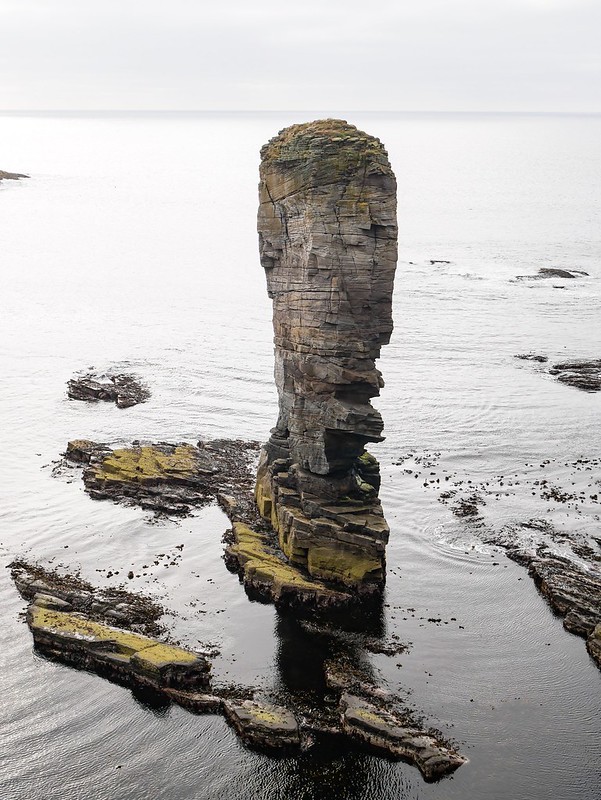 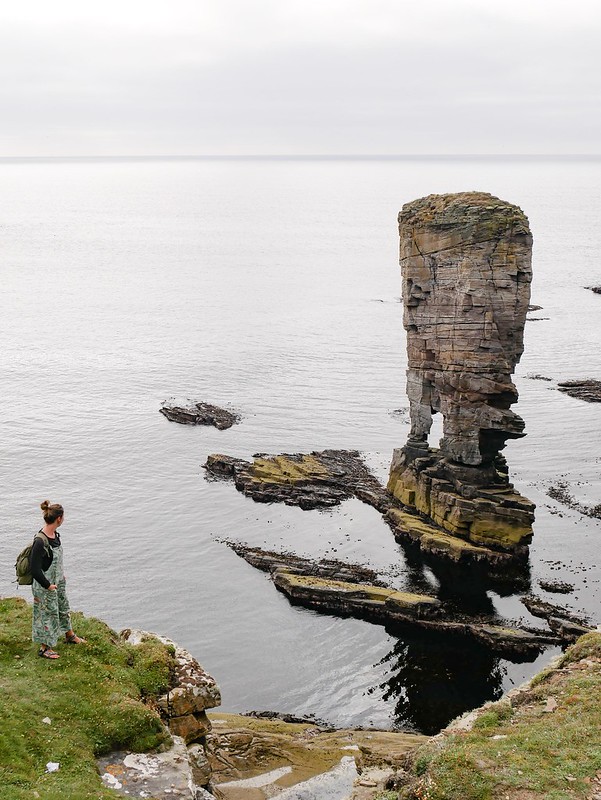 That evening I found a quiet area on my map to camp. It was a little parking spot by a beach and when we arrived we got the most perfect spot. We were in a single parking space right by the white sand beach, perfect. At least it was perfect until a family of 5 pulled up and decided the grassy area right next to us was an acceptable place to camp. The general rule of wild camping with a tent is you camp out of sight of houses or the place you parked. But it seems to be very common for people to just pitch up in carparks next to their cars. Needless to say I was fuming as it was the second time it’s happened in Orkney, maybe it’s because I’m an introvert but I just don’t understand why you’d camp right next to someone else. 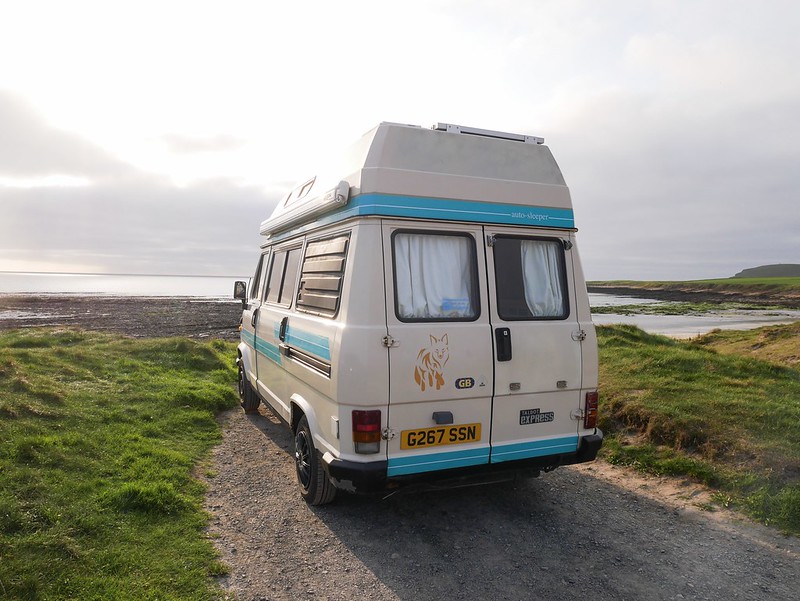 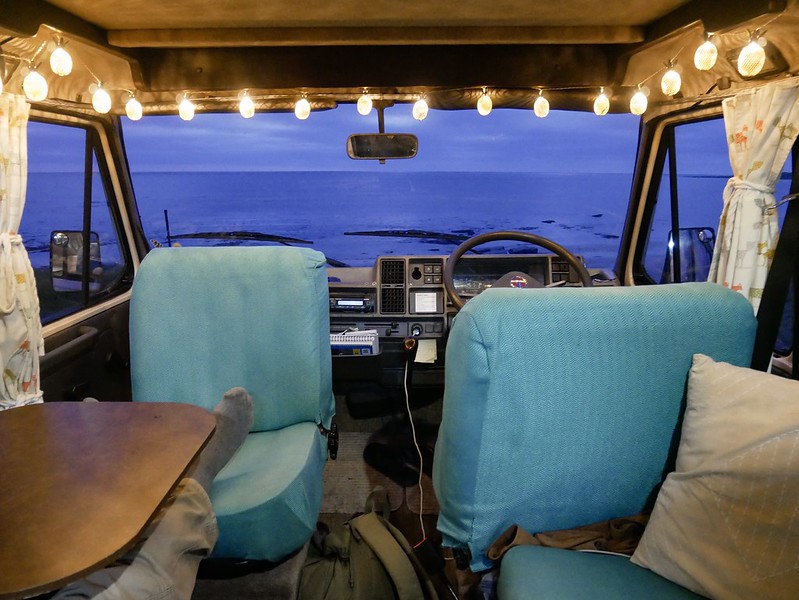 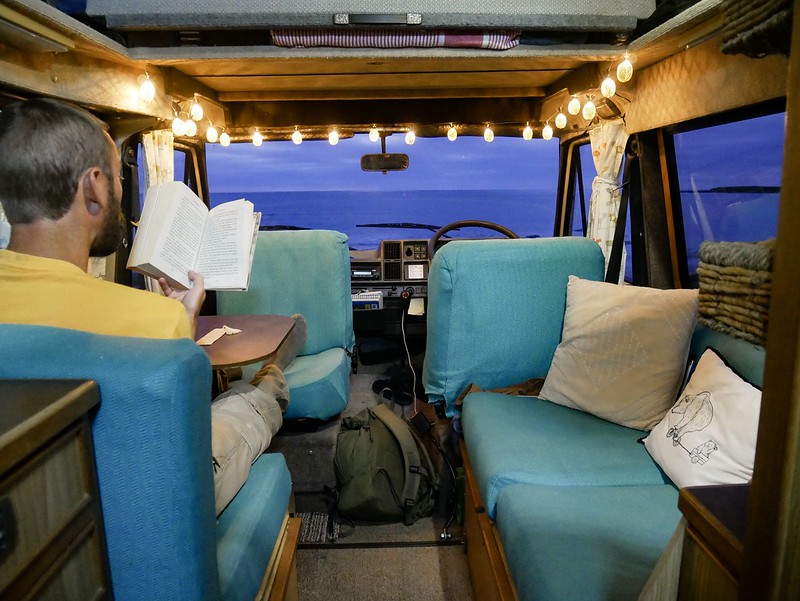