Shetland is an archipelago made up of 100 islands, 16 of which are inhabited. The biggest island is known as the mainland and further north there’s Yell and then Unst – the most northerly island in Britain which had donned the catchphrase ‘The island above all others’.

Our plan was to island hop from Yell, straight over to Unst as we were told if you do it in one journey they only charge for one ferry crossing. It seemed worthwhile doing this as it would save us another £20 ticket, but as soon as the ferry was about to arrive at Yell we got an alert saying a pod of Orcas was spotted right now on the east coast of Yell. We had thirty minutes spare for our next ferry so we decided to head to Burravoe as that seemed to be the direction they were heading. Well, we waited about 10 minutes but there wasn’t any sign of them. We were also confused because someone suggested they turned north. So we decided to leave and catch our ferry but as we walked back to Helga 4 people with super zoom cameras asked us if they’d missed them. They were under the impression that there was still a chance of seeing the Orca so then we decided to forfeit our ferry and stay put just incase they swam by. We waited a good thirty minutes and nothing happened still so we gave up once again and headed north to our ferry. We were coming up with all sorts of excuses incase they tried to charge us again for this ferry like ‘our van broke down’ but ironically they didn’t seem to charge anyone so we could of spent longer waiting for the Orca’s after all. Luckily I checked the Facebook page later on and no one seemed to see the Orca’s so we made the right choice in the end.

As we arrived on Unst we took a short stroll along the coast where we enjoyed some tea and a whole box of chocolate fingers. Then we made our way to the west side of the island. The single track road we were on reached a gate, normally that means private land and no entry but this is Shetland and they don’t seem to like signs or rules which suits us. We figured the gates were basically an alternative to cattle grids so we continued through the three gates down to an old church and cemetery. There were a few very friendly Shetland ponies by the road who we stopped to stroke. 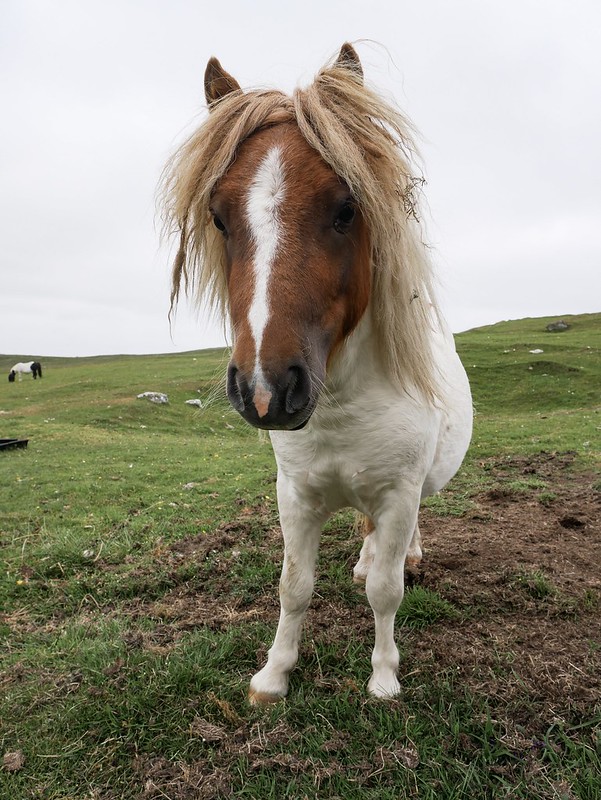 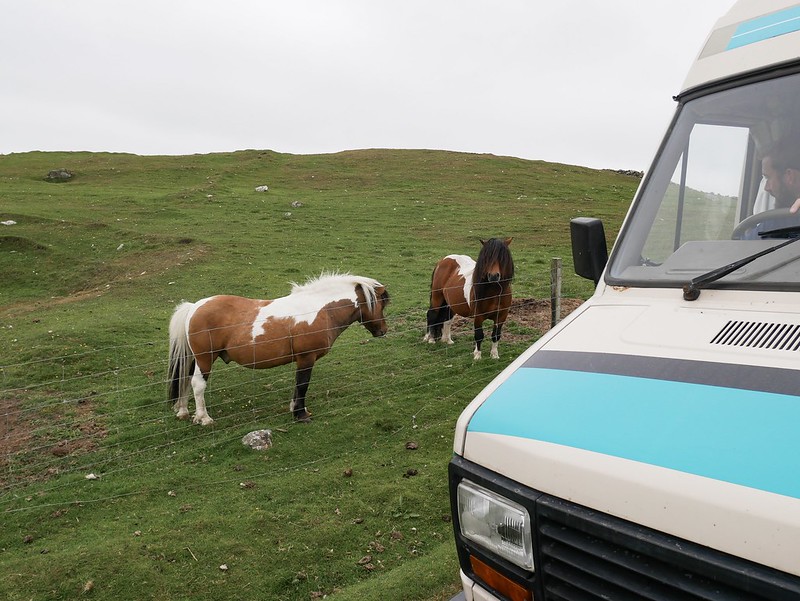 It was a lovely quiet spot to spend the night with a view of a pebble beach and sheep everywhere. After dinner we went for a coastal stroll, always keeping our eyes peeled for any wildlife, but seeing as we didn’t spot anything we left the area the next morning and parked up beside another little beach. This one was set in a very calm bay with little islands and rounded pebbles on the beach. The water was so clear and we knew we made the right choice to come here because we were instantly greeted by a seal poking its head out the water. We set off on a coastal hike and Craig managed to spot an otter! This time I made sure I was dead silent. We quickly realised that they dive down for food and spend 10-15 seconds underwater. Then they come to the surface with their catch, if it’s a small, easy meal they’ll eat it in the sea but if it’s a big or tricky meal they swim to the shore and dine on a rock. 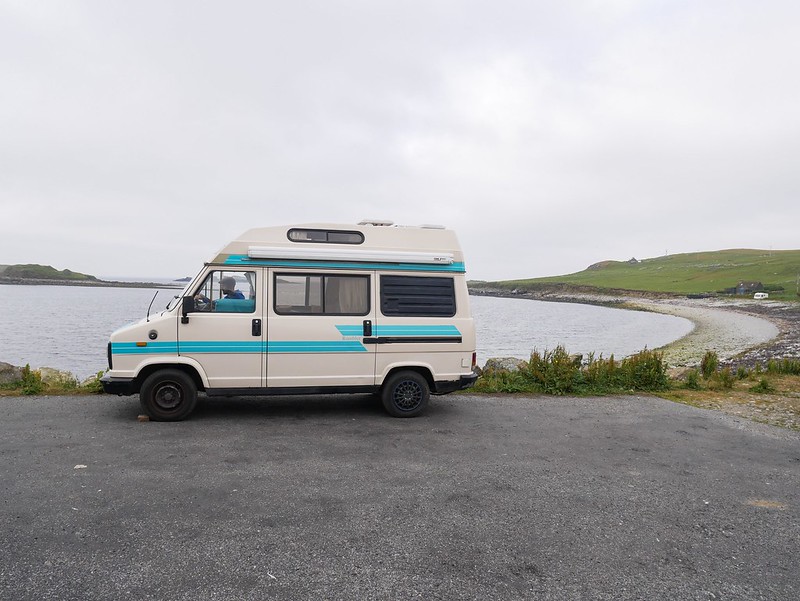 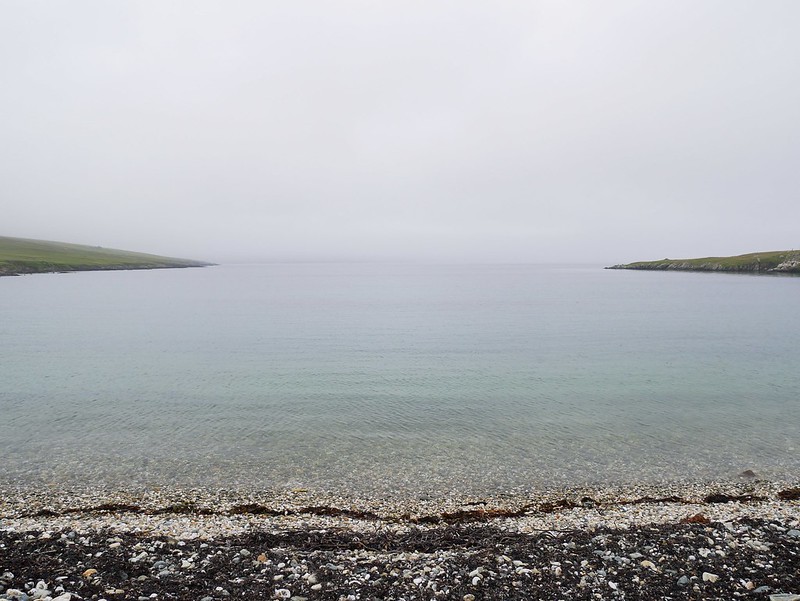 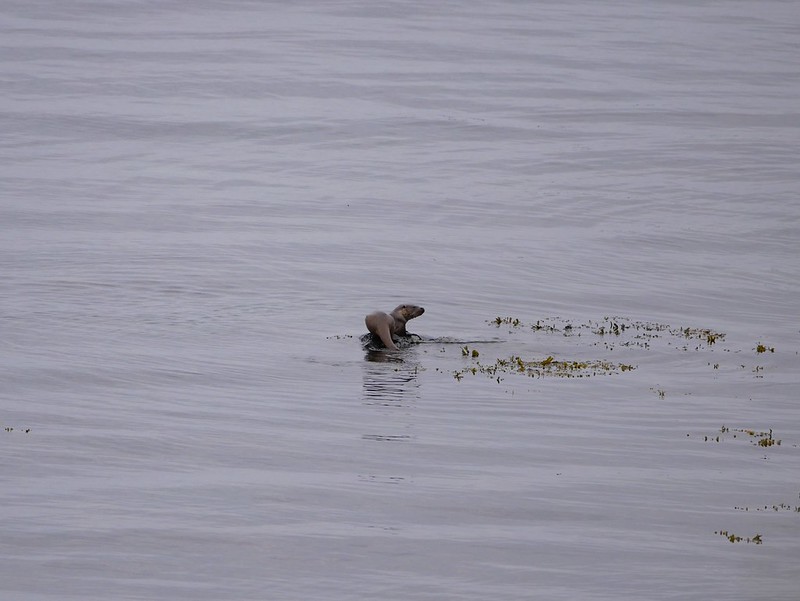 So whenever we saw the otter dive we’d run like hooligans along the coast and then crouch down and hide when it came back up. Gradually we managed to get closer to the otter and watch him swim to the shore with a crab in his mouth so he could devour it on a rock. 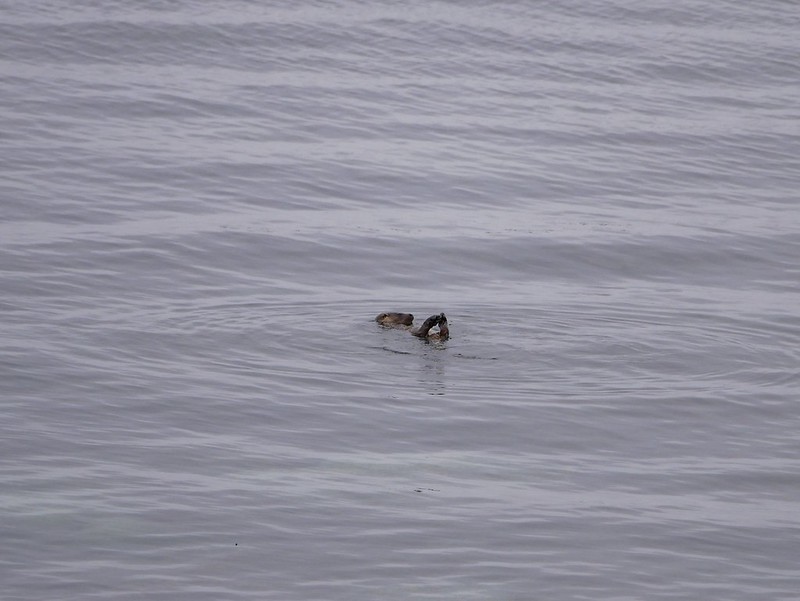 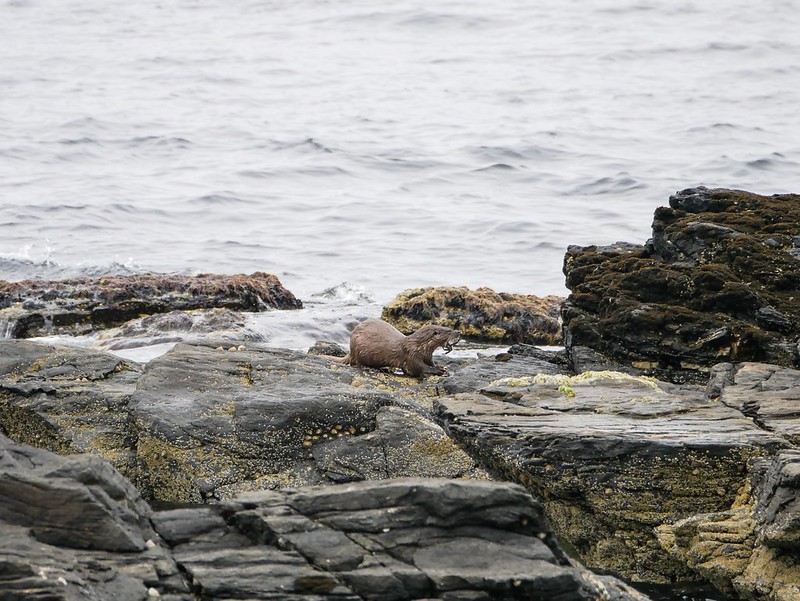 After that very exciting morning we headed back to Helga to relax a while and bake some cookies as we’ve been having pretty action packed days lately. In the afternoon we set off on our second walk of the day, this time along the cliff tops. There were some cute little white sand coves below us and a group of seals resting on the rocks. As soon as they saw us they retreated into the sea and swam parallel to us, keeping an eye on our whereabouts. On our way back we spotted two Shetland ponies. They didn’t look that small in my photos until I captured Craig standing beside them which gave the perfect size comparison. We also got to witness one running, and I know I shouldn’t laugh but it looked like it was galloping on hot coals, with a very funny spring to each step. 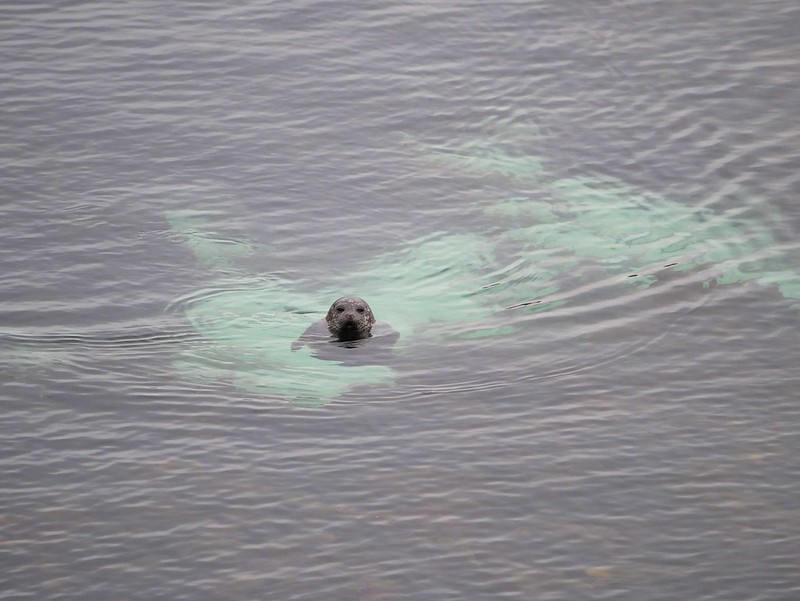 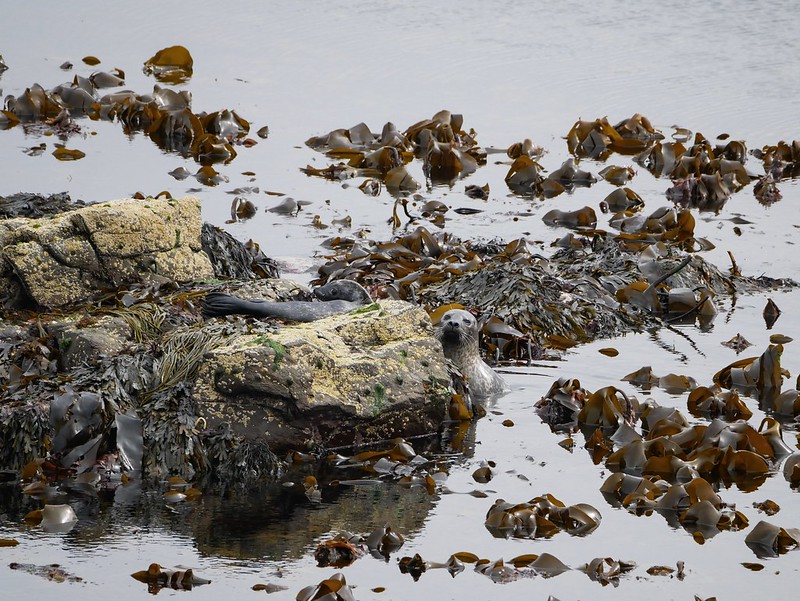 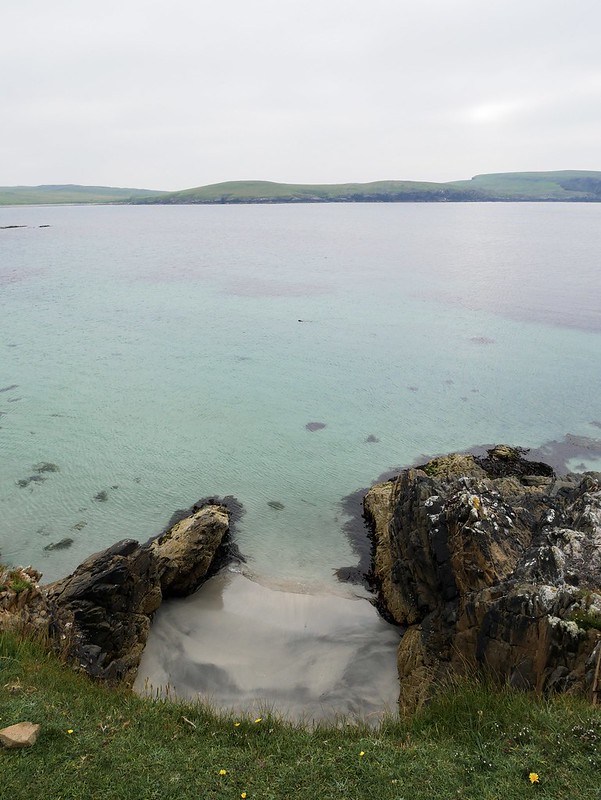 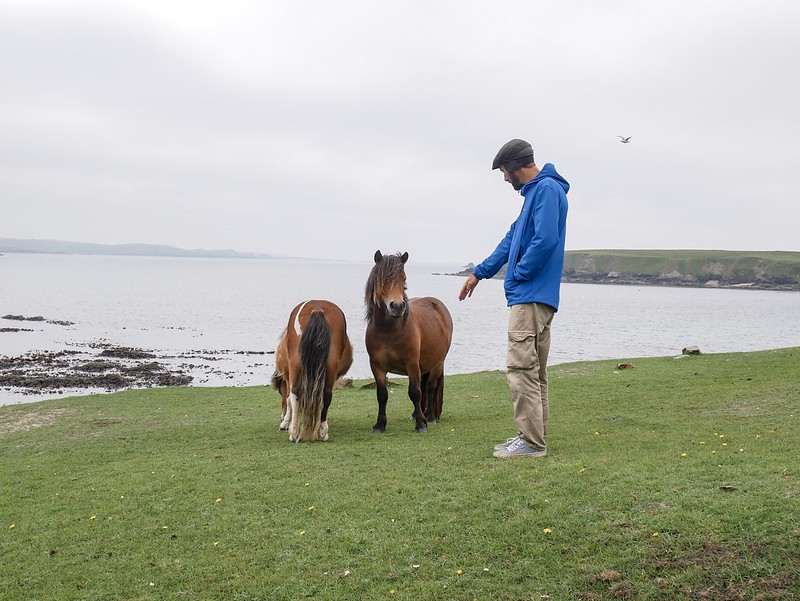 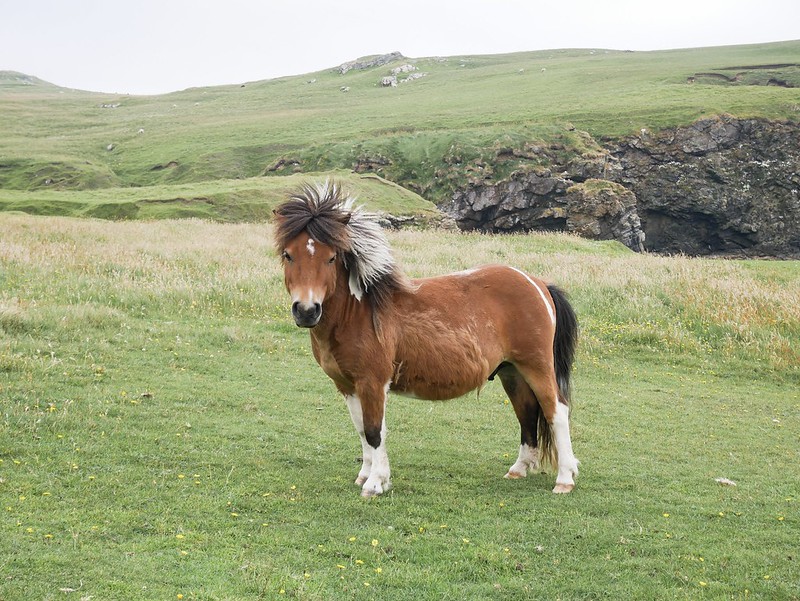 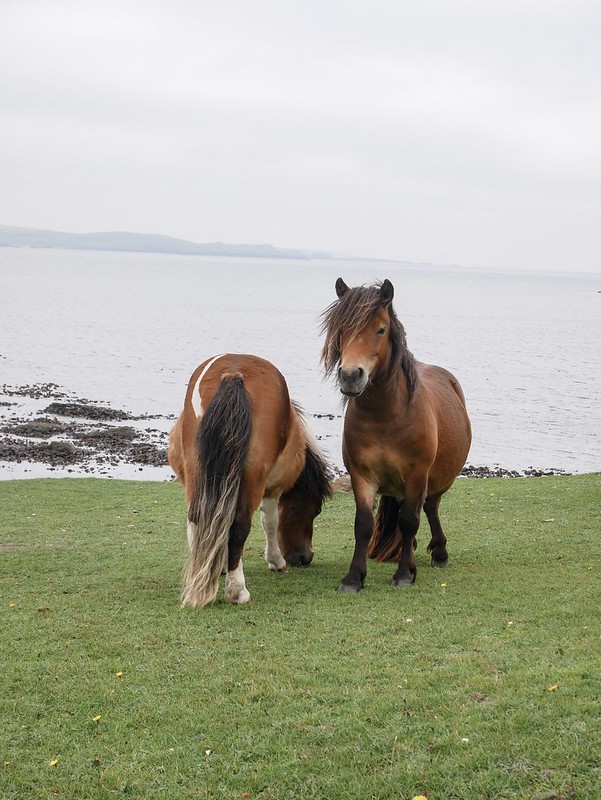 The next day we made our way to the east coast of Unst and set off on a hike around Sandwick beach, a beautiful curve of white sand and turquoise water. From the beach we walked along the headland and followed it around for quite a long coastal walk. There wasn’t a soul around, unless you count the hundreds of sheep or the seal that followed us, and I’m convinced it’s the same one following us around the Shetland islands. When we stopped for lunch the seal was still in front of us and he started hunting and popped back up with what we think was a baby shark in its mouth! 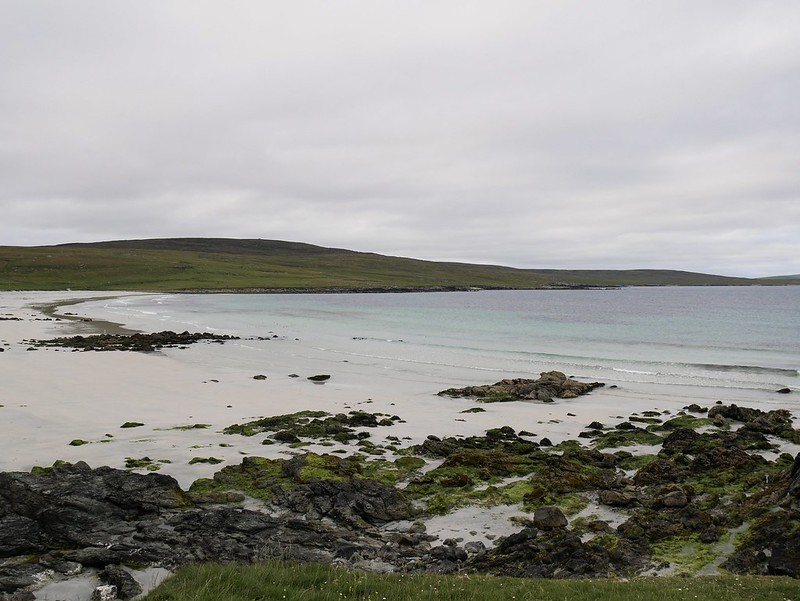 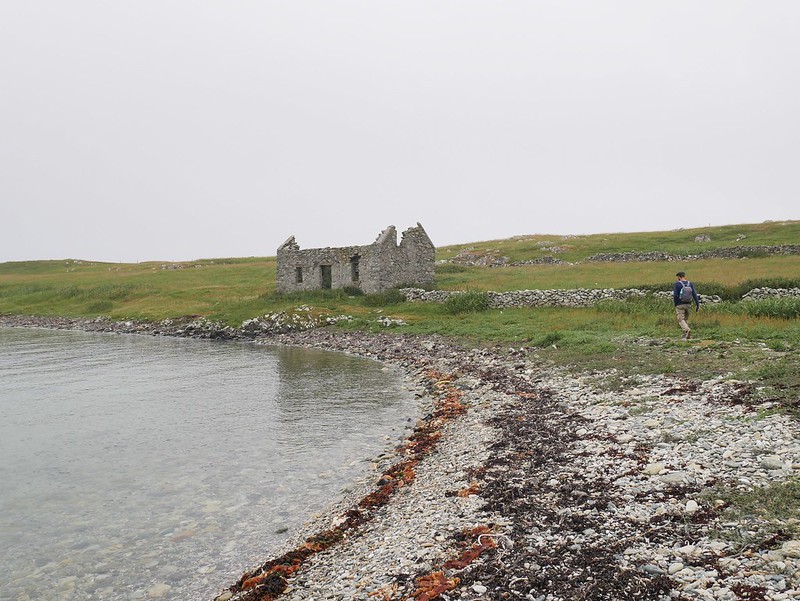 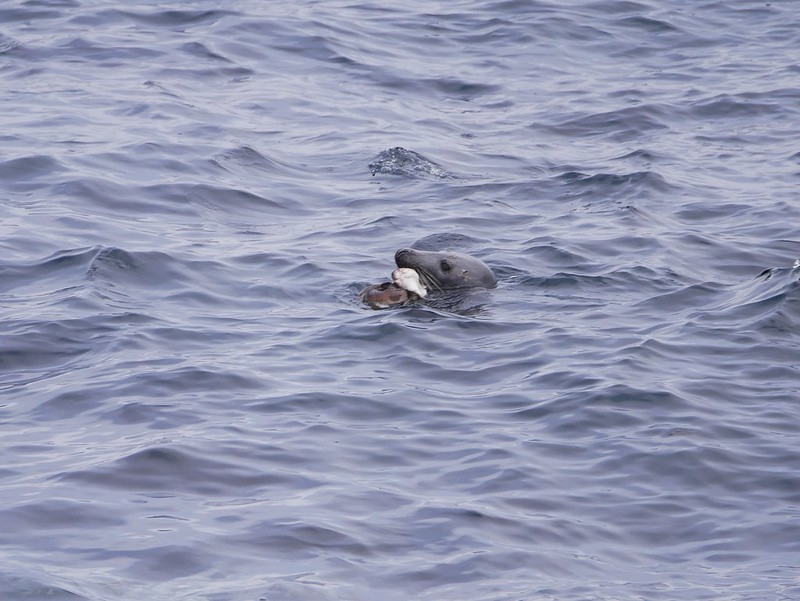 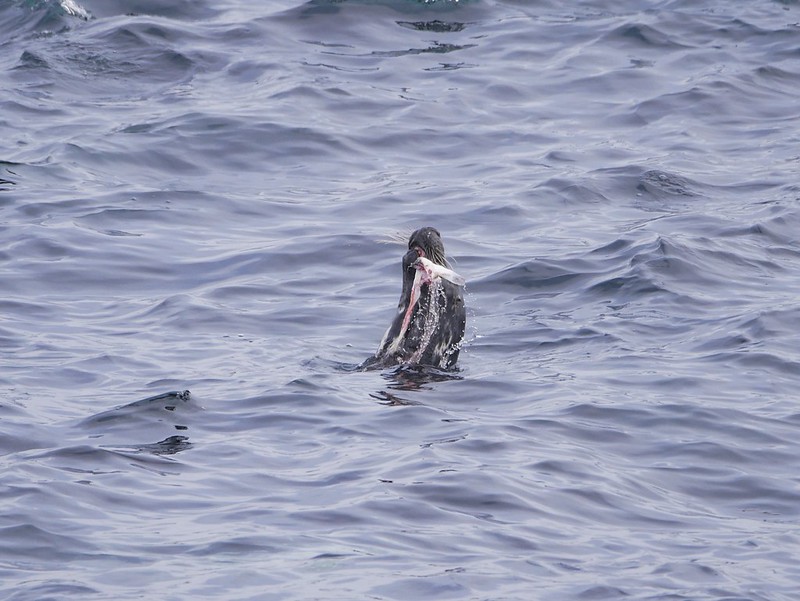 As we walked along one section we realised birds where swirling in the sky above us. It was Arctic Terns, a fierce bird that will attack anyone that comes near their nest. Every year these pretty white birds chase the summer, from Antartica to the Arctic, and Scotland is one of their breeding. Craig decided to just run ahead and it was quite amusing watching him dart left to right while they swooped his head. In fact I was in hysterics, which probably wasn’t a wise choice as I eventually had to pluck up the courage to make a run for it. Holy moly it was traumatising. They didn’t just dive-bomb us, they also squawked incredibly loudly. Suddenly there’d be a squawk right above my head as they tried to attack me and I was running while awkwardly crouched down. I’m pretty sure I now have a phobia of birds and I will flinch at the presence of a pigeon.

We managed to spot a couple of porpoise swimming in a bay and on the long walk back we saw an otter. He was busy fishing in an inlet but he seemed to catch onto our presence pretty quickly and vanish. Luckily we found another one later on who we managed to get closer to. We watched him eating a fish and then rolling around on the seaweed for a while, giving his back a good old scratch. We may not of witnessed Orca’s yet but at least the other wildlife is keeping us very entertained. 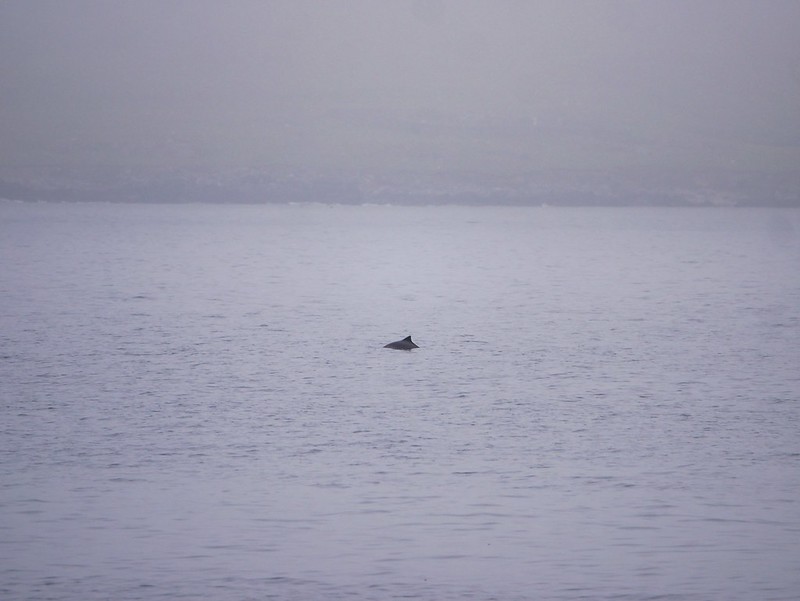 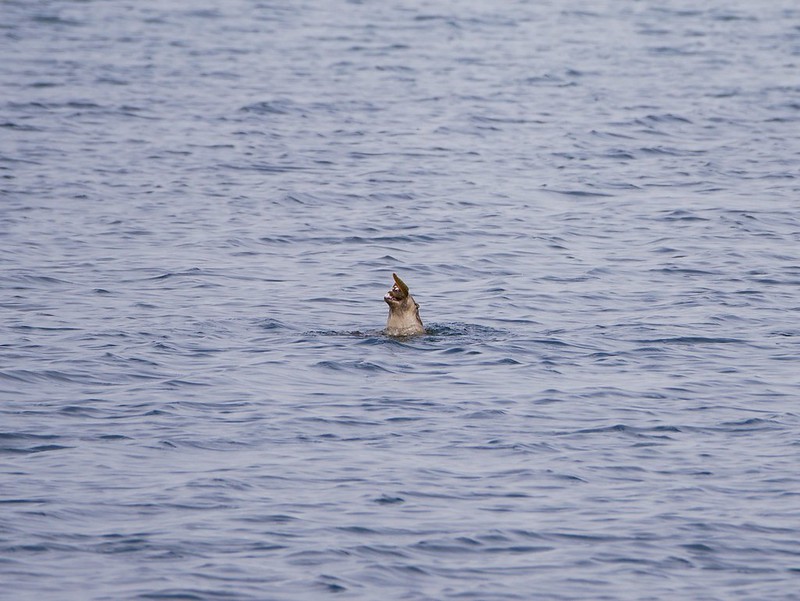 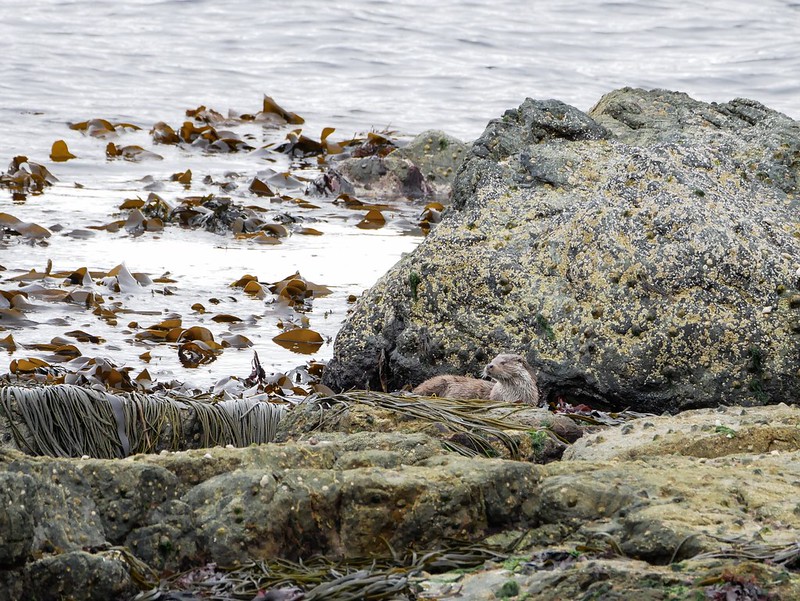