With our ferry booked for Shetland we had just a couple days to reach Aberdeen. On the route we stopped at a scenic spot by the sea. There was a tiny parking area atop a very high cliff with a view of the sea and a wide beach below us. A few wild campers had their tents pitched up in the sand and some abandoned stone buildings were left to crumble away below the cliffs. 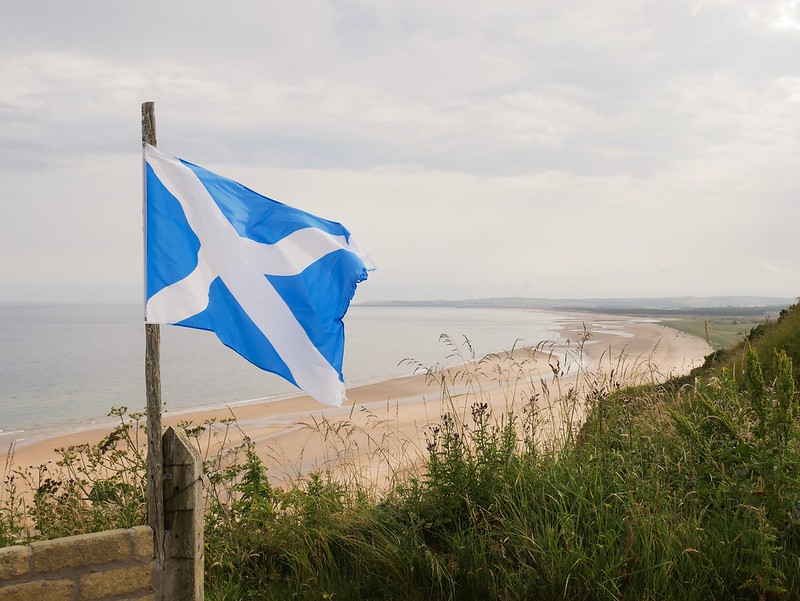 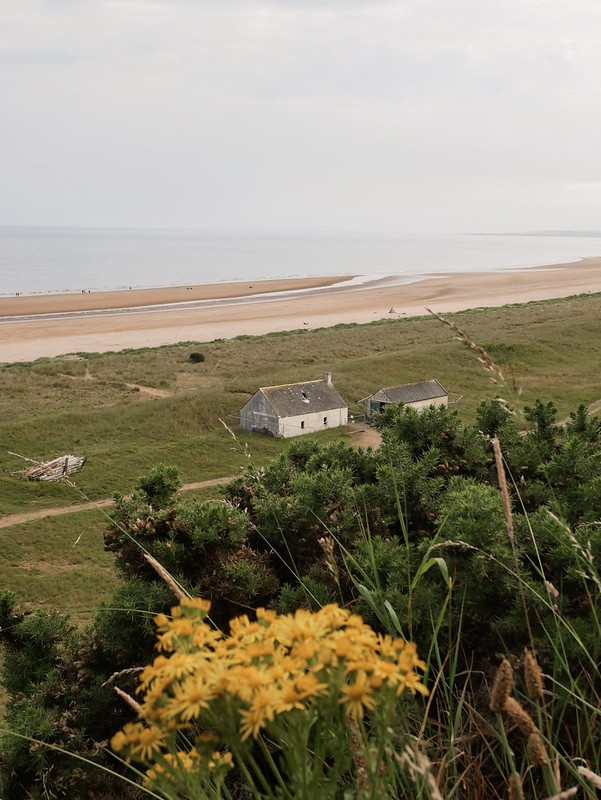 I noticed on my map there was a waterfall nearby which we decided to check out as we’d been hot and clammy for a couple of days and wanted to have a cold wild swim before our ferry. I google searched the waterfall just before we arrived and someone even said it was their favourite hike in Scotland. What?! I also read there were some crazy sections like a 6ft wall to climb and ropes but I figured it had been exaggerated and I forgot to tell Craig those details so he set off on the hike in flip flops.

We parked on a bridge high above the waterfall and headed on an unmarked track through the woods. We soon arrived at the first rope which we used to help us get down a very steep, dusty track. I figured that was the hardest part of the hike…but it turned out to be the easiest. We arrived on a sort of rocky platform with a view of the waterfall ahead of us which was much taller than we’d expected. But what impressed us the most was the fact that we were surrounded by what looked like thick jungle. Honestly if I didn’t know I was in Scotland I could’ve mistaken this place for Thailand. There were strands of ivy hanging down 30m from the tree tops. If bear gryll’s came here he’d plait the ivy like twine and use it as a rope to swing through the jungle. 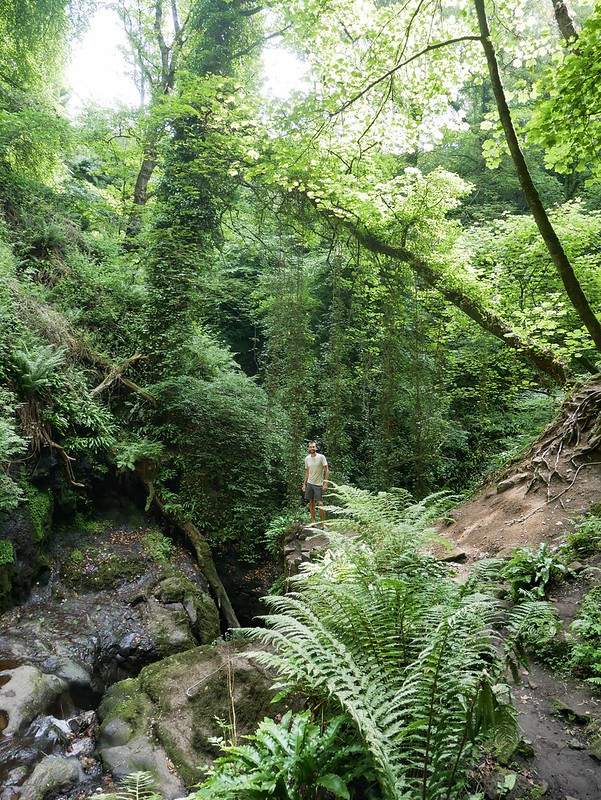 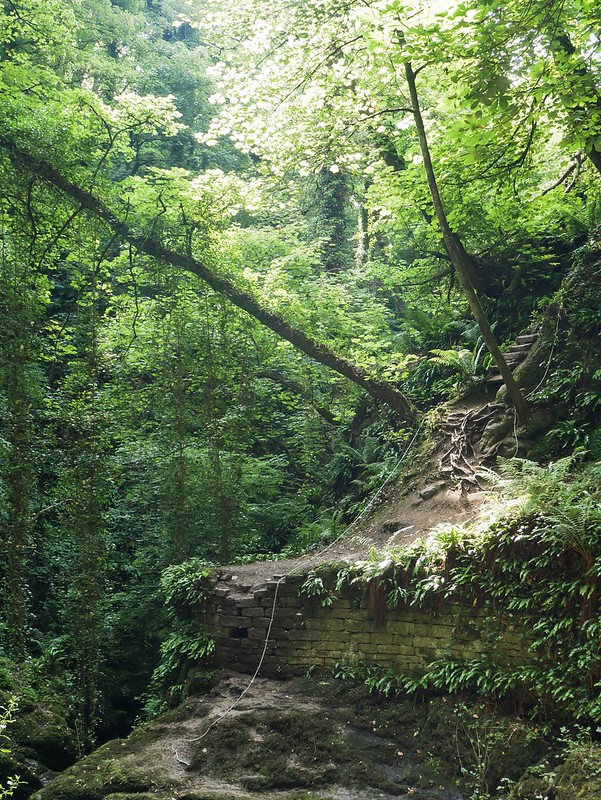 Now we just had to get to the waterfall. The first step was a 6ft wall with a rope which automatically tried to pull me the wrong way. This resulted in me swinging sideways, falling into Craig and cutting my finger. Then an even trickier section came along, we had to climb back up the other side where there was a handmade ladder made from sticks and rope. It wasn’t secured so it all moved and jiggled when I stepped on it. I had to try and pull myself up with a rope while stepping up the ladder. Finally we arrived at the pool with the waterfall splashing into it. The water was quite dark so I was only comfortable dipping in the shallows while Craig enjoyed diving in. It was only after we’d both been in that I saw what looked like a human hand in the water. Then I realised it must just be a glove….right?! But boy did it creep me out for a moment. 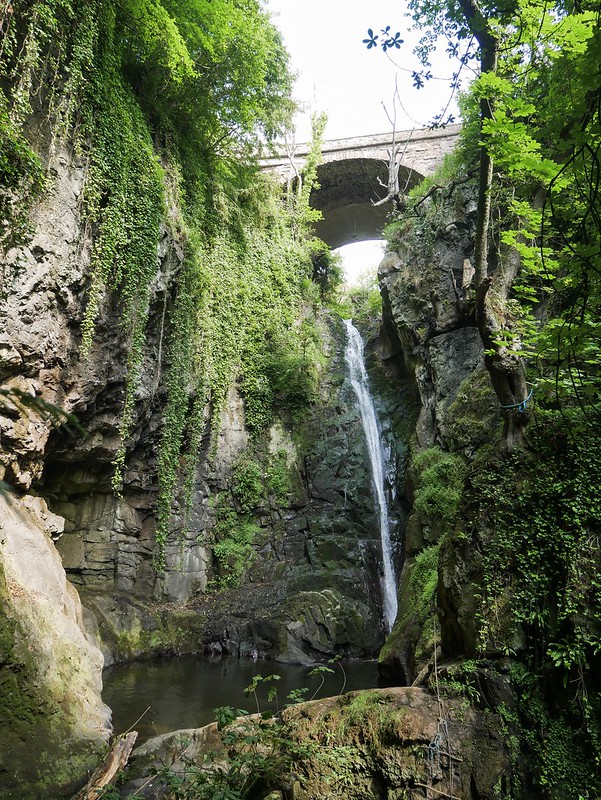 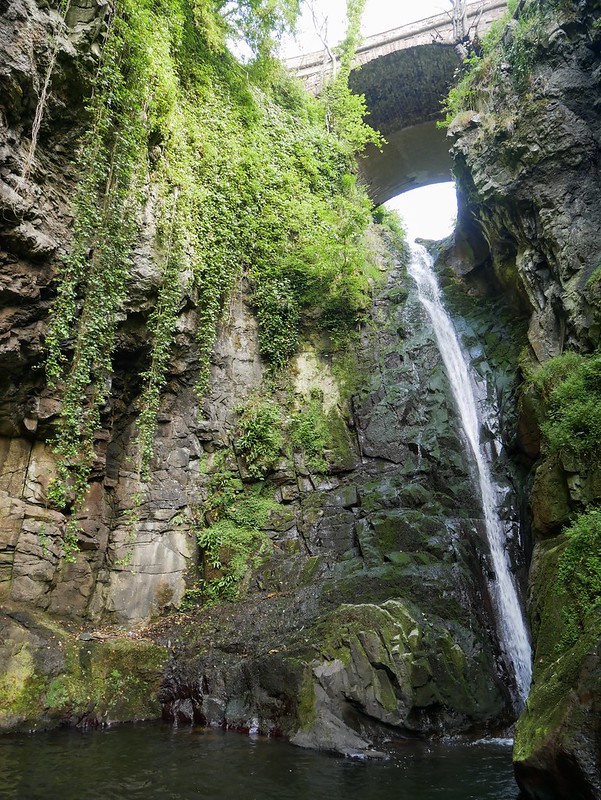 After a refreshing swim with a potential corpse in the water we had to head back down and the route was even harder on the way back. I found it so challenging to get down the wobbly ladder, especially after watching Craig struggle but luckily we both made it. Then we had to re-climb the 6ft wall and just like last time I involuntarily swung sideways due to the angle of the rope. But we made it and we were both feeling rather exhilarated after our time being teleported into the Thai jungle. 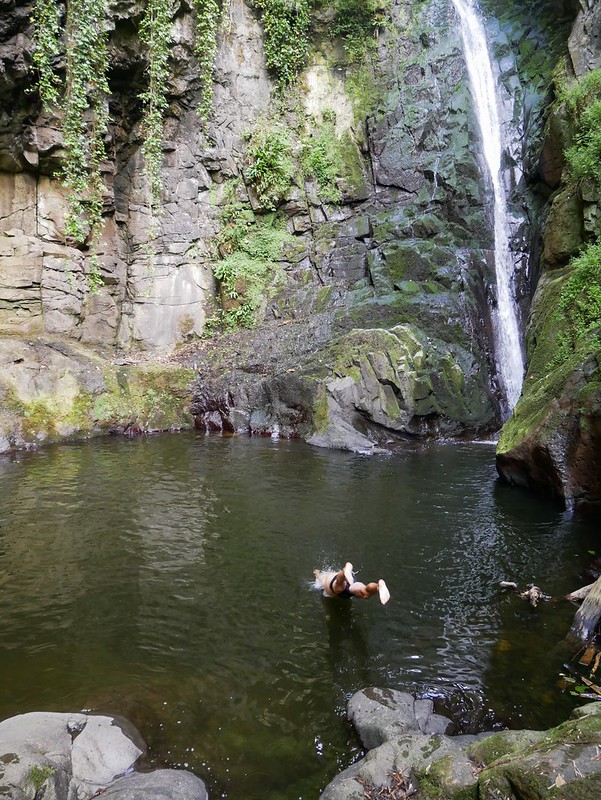 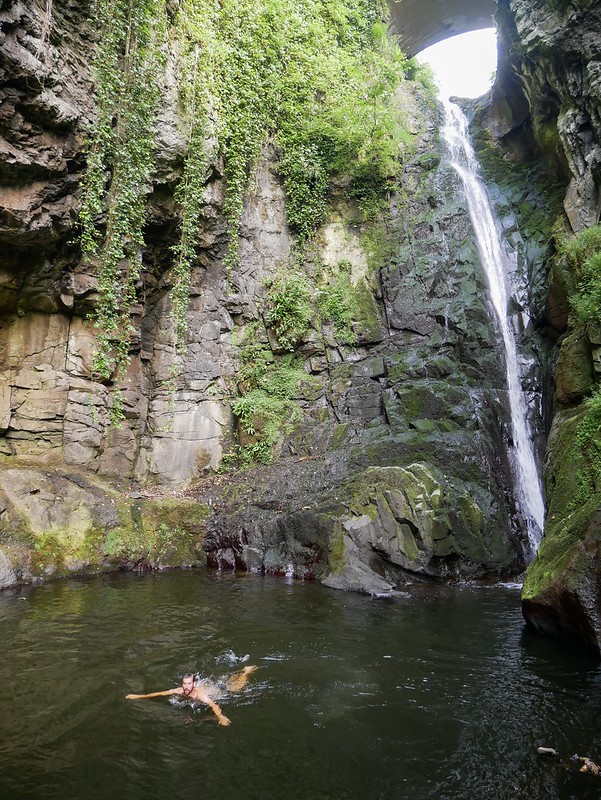 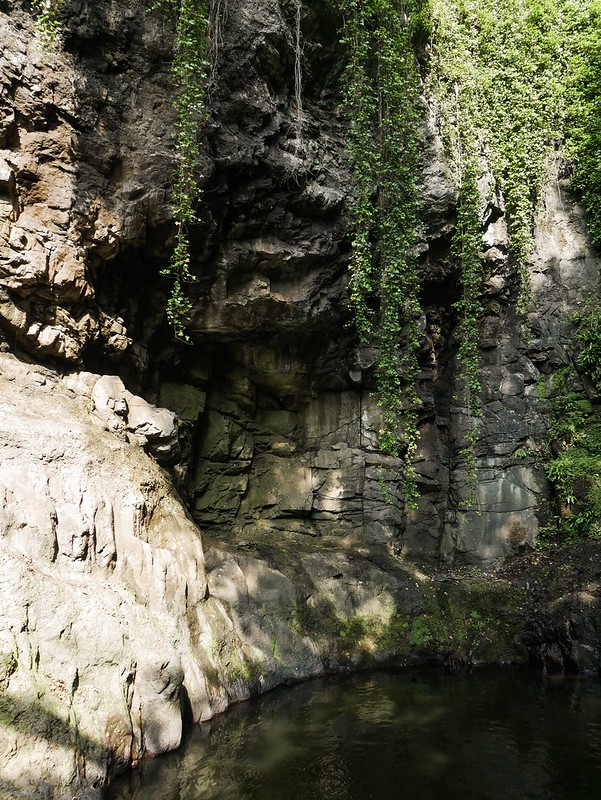 Now it’s time to head straight for Aberdeen for our ferry to the Shetland islands. I got overly excited on the route when I discovered an Ikea…so excited that I planned for us to have hot dogs/veg dogs with refillable drinks, daim cake and ice cream cones…plus buying some things for Helga that we didn’t need. Boy were we disappointed when we stepped inside. It wasn’t a normal Ikea, it was like the size of an Ikea food hall and it just had a couple of displays and some poxy candles for sale. The Ikea cafe was shameful, just selling hot drinks and some snacks. So, we drove to Lidl to do a big food shop before going to the islands. They do have a Tesco and Coop in the main town but Lidl is so much cheaper so we stocked up on all our staples and packed Helga full.