Ölüdeniz is one of the top paragliding destinations in Turkey so we signed ourselves up to do a tandem jump off the 1960m Mount Baba. On our way to the office our driver pointed to the sky where a dozen or so paraglider’s looked like a flock of birds. We were piled into a mini bus and told to pick a ball out of a hat which had a number written on it and that told us who our pilot would be. I managed to pick the rather large not so jolly guy who I’d just seen throw a cigarette butt onto the floor beside the beach. Brilliant. 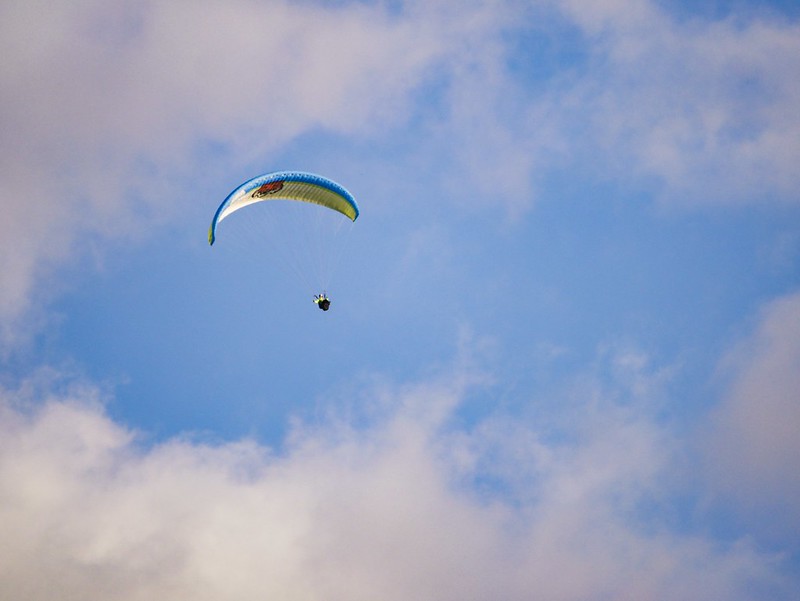 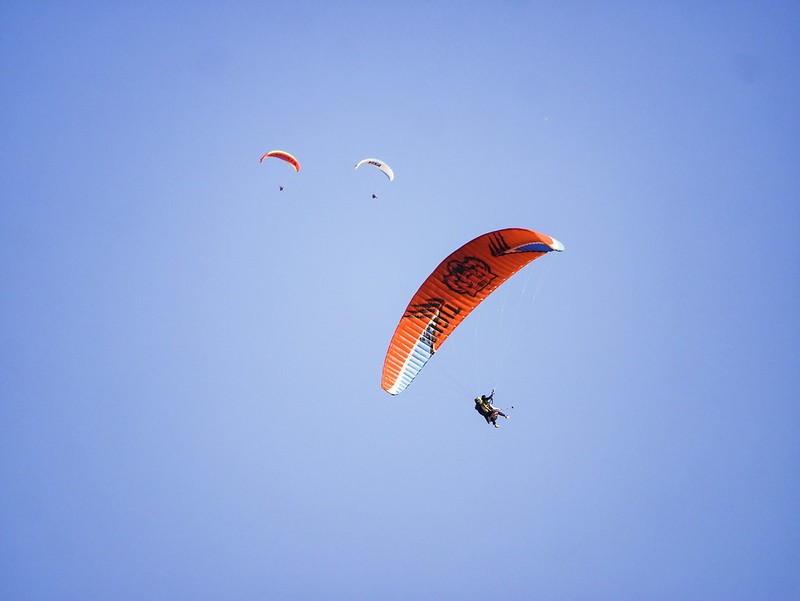 The road was insanely steep and wiggly, and as we climbed up the weather quickly deteriorated. Big black clouds were rolling over the mountain tops and we were rather gutted. The take off area was a slanted concrete slab leading off the edge of the mountain. From there we could already see Ölüdeniz beach in the distance but there was a misty haze of clouds making the view look a little drab. I was strapped into what can only be described as a giant nappy and then clipped onto my pilot. He’d already told me he would count to three and then I had to run but when the time came it all happened rather quickly. Suddenly the parachute jolted us back slightly and then I just heard “RUN” and I barely went a few steps before there was just air beneath my feet. It’s funny because I was told to keep running until he said stop, even if I was running in the air but I guess instincts told me to stop – so now it makes sense why the people taking off before us looked like they were totally out of control as they were all running in the air. 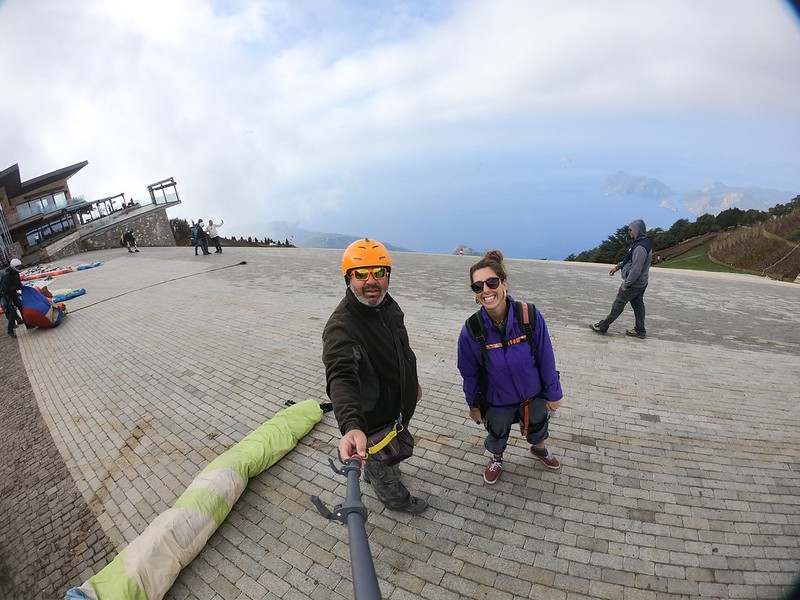 We glided off and my pilot veered us to the left, towards the mountainside so we could gain altitude in the thermals. We flew through chilly puffs of cloud, doing big circles and gradually rising up until we were way above the take-off ramp. I spotted Craig in the air and then he went off in another direction while we headed towards the beach. 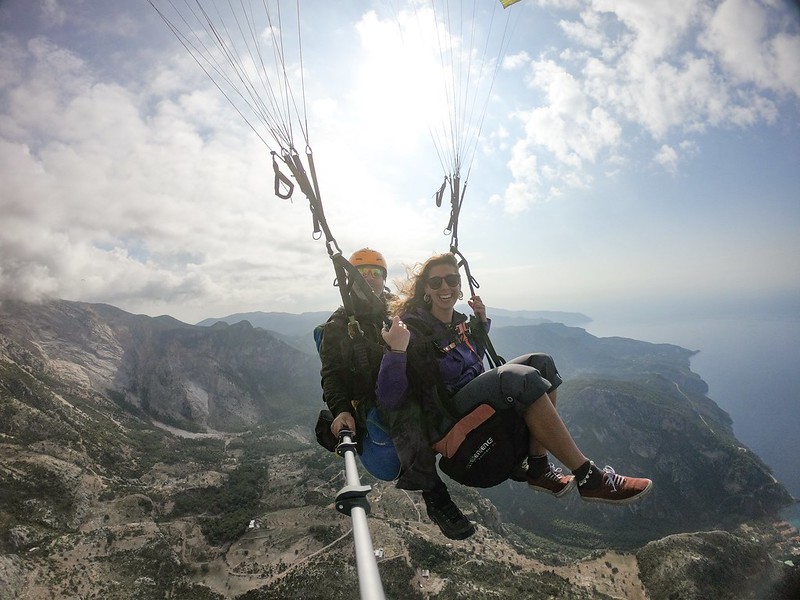 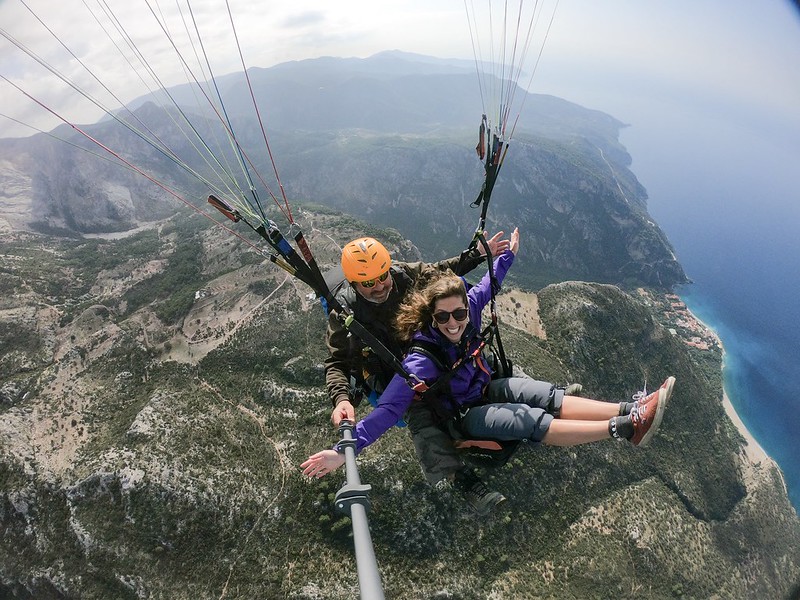 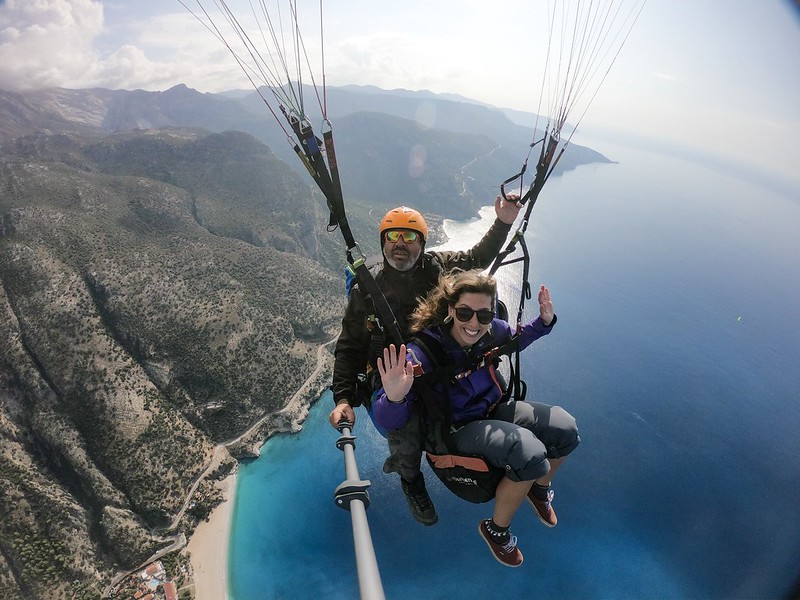 The flight was very chilled now, just gently gliding above the forested mountain towards the sea so the pilot removed my helmet so I could enjoy the views. The weather was perking up and the view down to the beach was insane. I had a Birdseye view of the stunning sandbar which the area is famous for and the water surrounding the edges were aqua blue. 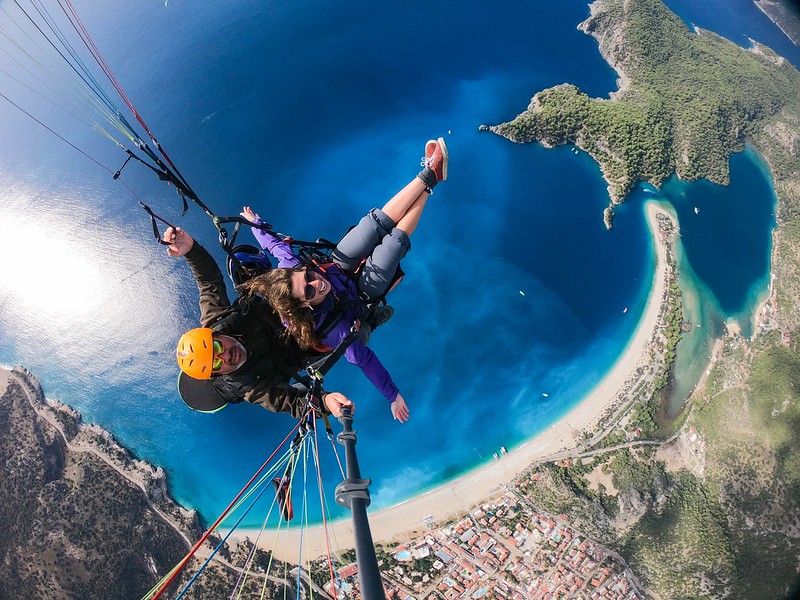 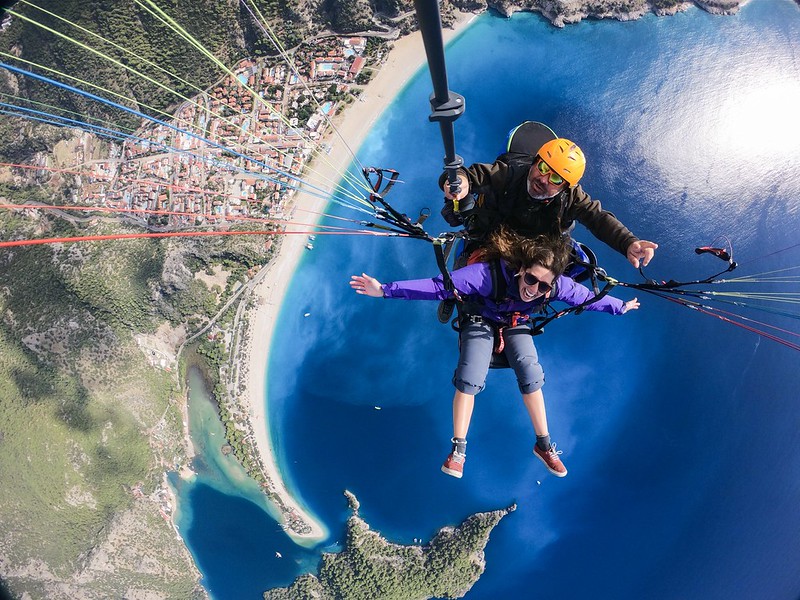 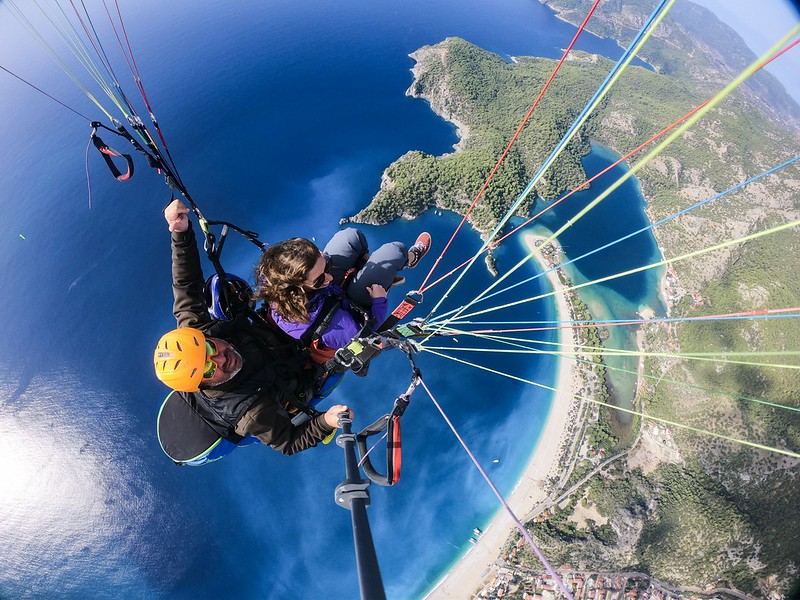 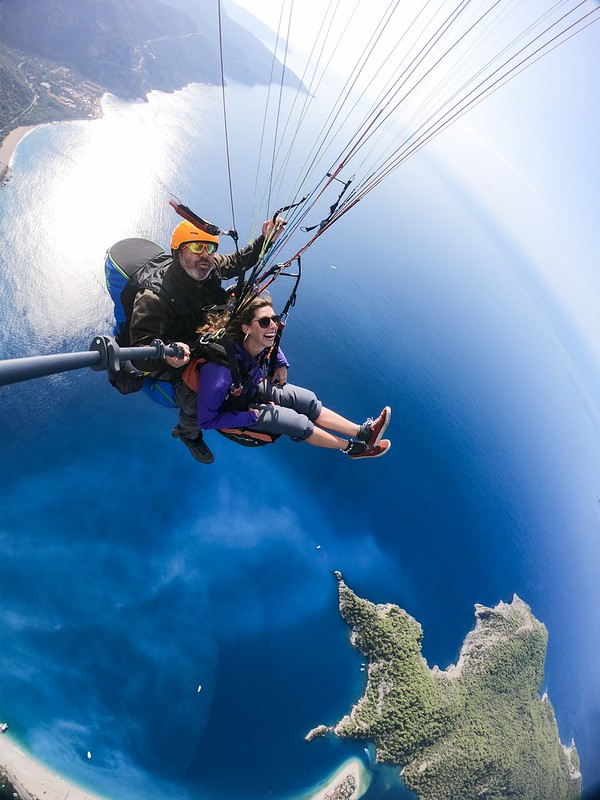 As we slowly circled above the sea my pilot asked if I wanted to do some tricks so I agreed to some gentle ones – not wanting to put my life too endanger. Also my pilot had just pointed to another couple in the sky who were doing loop-the-loops at a really rapid speed so I said hell no to that. So we did a couple of calm activities, firstly he pulled a cord which pulled the parachute one way and had us spinning in circles until I felt sick with dizziness and asked him to stop. The next trick was much better, he alternated pulling each side of the parachute down, creating a rocking motion that became so great that our bodies would swing sideways. It was so much fun and the g-force at the end was mad as we spun around and my head felt too heavy for my neck. 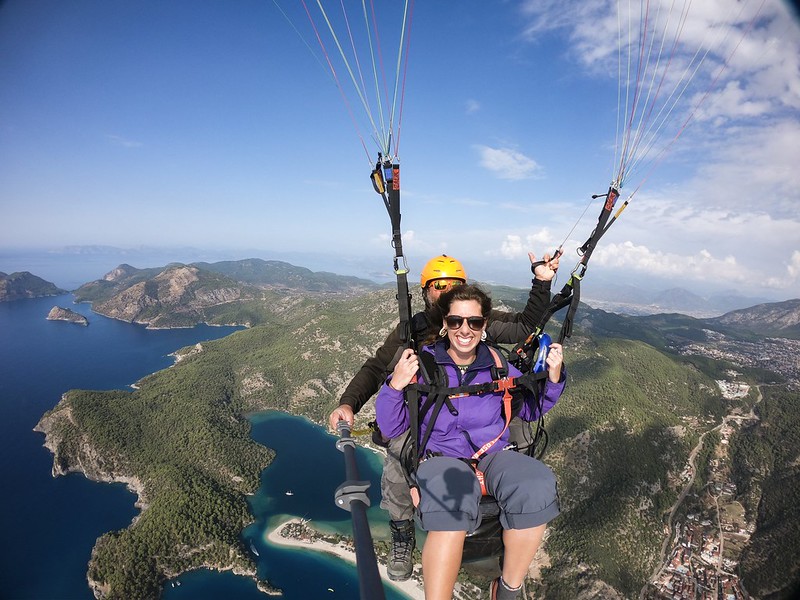 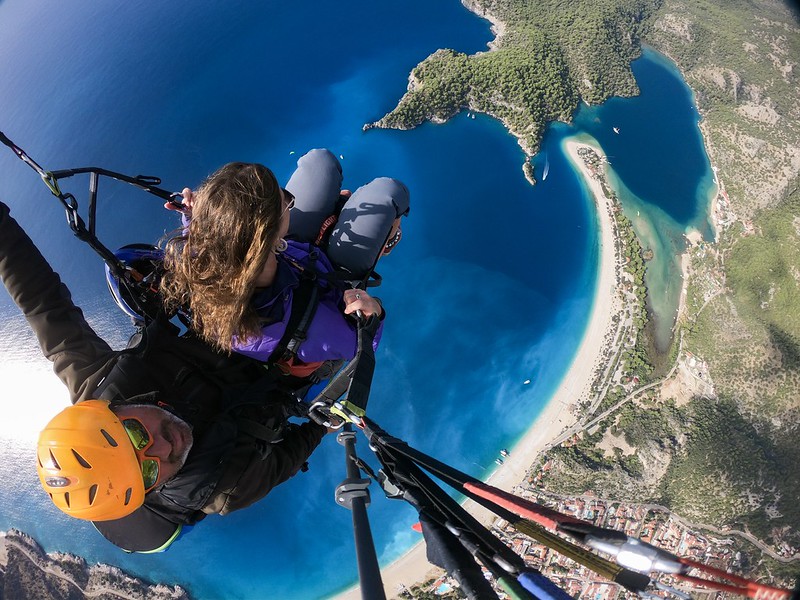 We came into land at quite some speed and I was asked to put me feet down which didn’t look safe at all but then the brakes kicked in and we landed smoothly with the help of two workers. As I got unclipped my pilot pointed to a parachute spinning upside down and doing complete 360° loops in the air and he said “that’s your boyfriend”. Holy moly! They were doing insane stunts which was a little scary to watch but I knew Craig was having the best time. Soon after he landed and couldn’t wipe the smile off his face. For £60 it was a bloody fun way to spend 30 minutes with a mix of relaxation and adrenaline. 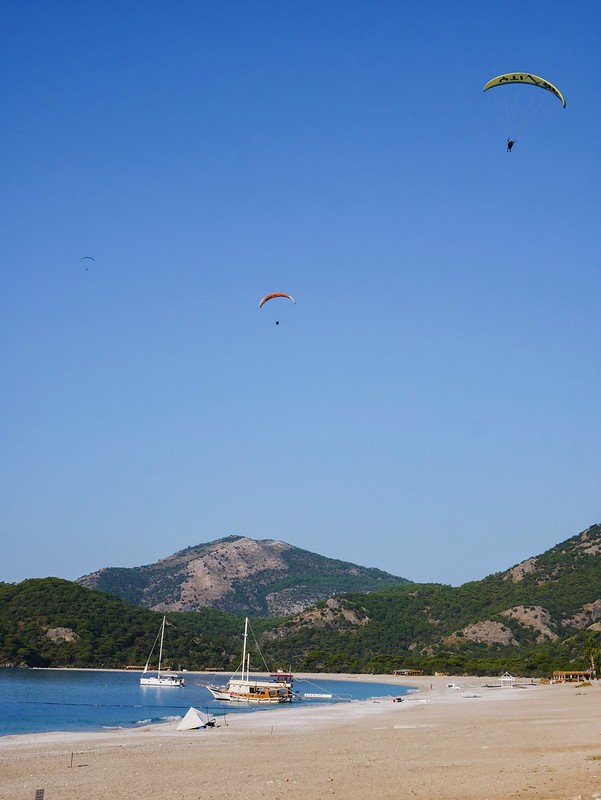