A brutal red eye flight took us from Jordan to Turkey. We arrived in Antalya, a city on the Mediterranean coast at around 4am and hadn’t slept a wink. But our journey wasn’t over, we had to take the first tram of the day to the bus terminal. I was resting my head on my backpack at any moment I got, my eyes were burning from tiredness. We were surprised how calm everywhere was, at the bus terminal no one bothered us, there weren’t any touts or taxi drivers begging for our business. A bus drove us an hour or so to a road junction where a rustic shack acted as a bus shelter for us to wait for a dolmus (minivan) down the steep road to Cirali. While we waited for the dolmus we looked around at our surroundings and we were surprised at the scenery. It was so green! I couldn’t believe how green it was after the barren deserts of Jordan. There were mountains too, some pointy and rocky while others had lush forests covering the slopes. In the distance was the sea glistening in the morning sun and the whole scene just didn’t look how I expected Turkey to be, it was beautifully wild.

We walked to our accommodation which wasn’t ready as it was only 11am so we headed into the village to get a coffee and gozleme which is a type of Turkish pancake filled with spinach, cheese or potato. The Turkish coffee was very similar to Greek; a two sip wonder and the final centimetre is a muddy mess of coffee. Finally we could check in and we were very happy with our choice, we had a lovely wooden villa set in lush grounds with pomegranate, lemon and orange trees full of fruit. It was a massive place for the two of us and thanks to it being early November and the off season we were paying just $24 a night. 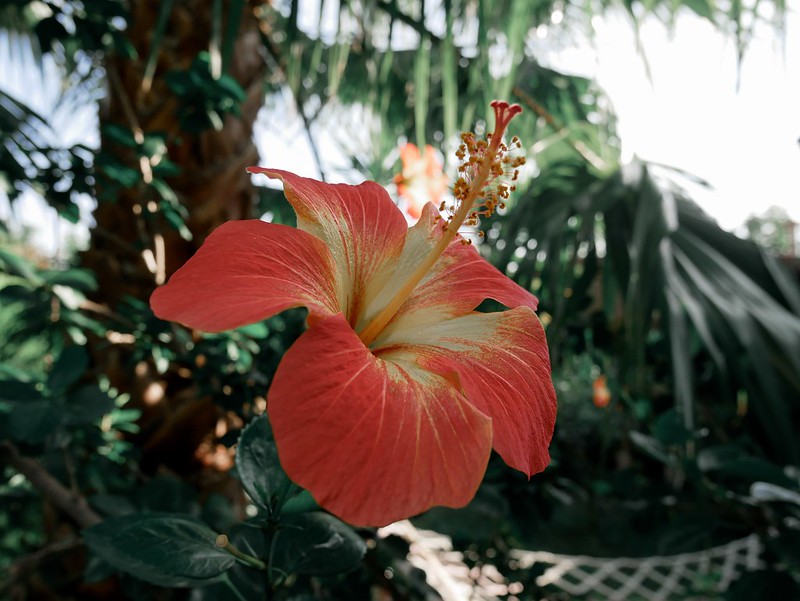 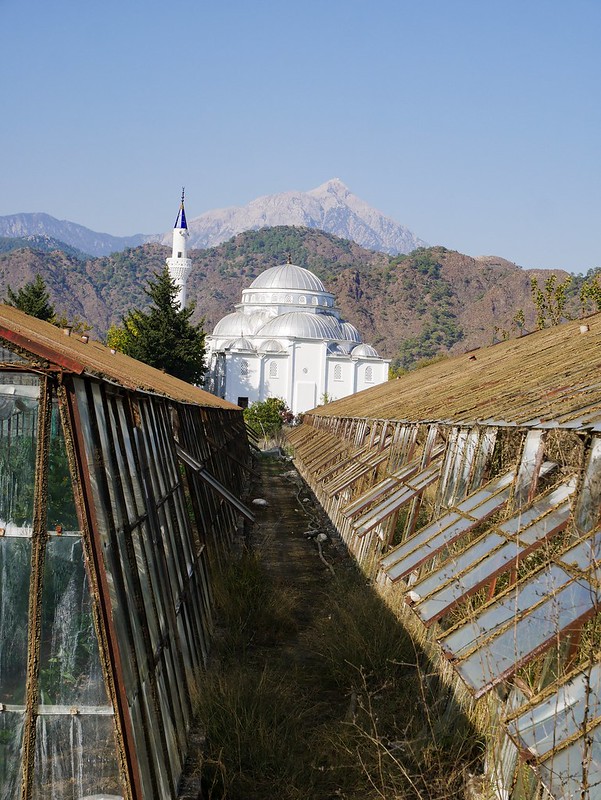 There were free bikes to use so we headed out on the narrow lanes towards the beach. We passed a beautiful mosque with silver detailing and a giant sharp peak standing tall behind it. The beach was quite a few kilometres long, I normally prefer tiny bays but it was very pretty with the green mountains on either side and the water was crystal clear. It was a perfect temperature too, about 28° so we were stoked to have such a quiet beach holiday in beautiful weather. 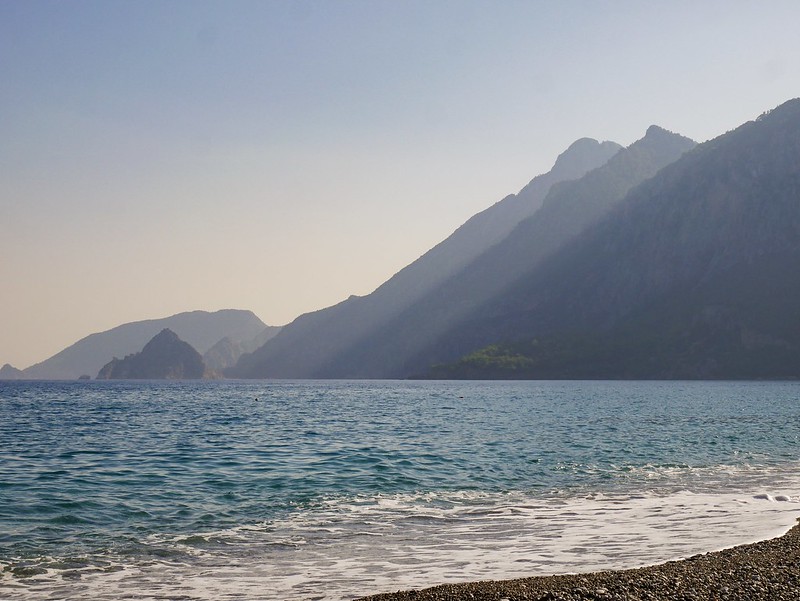 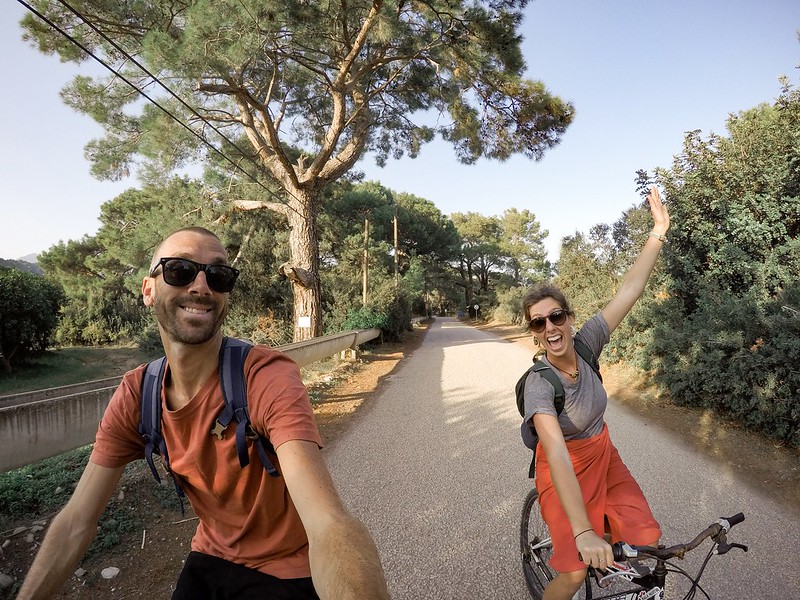 We ended up spending 6 nights in Cirali and had such a lovely time relaxing and hiking. The village was slowly closing down for the season but there was just enough open that it didn’t feel like a ghost town and as we were self catering it didn’t matter that the restaurants were empty. We seemed to be the only British people in the area, everyone was Russian and many seemed to be in the area to hike the Lycian Way, a popular 500km route that traverses the Mediterranean coast. The Russians dressed in quite a retro way and I almost felt like I’d been time warped back into the 80’s with their mullets and vintage backpacks. 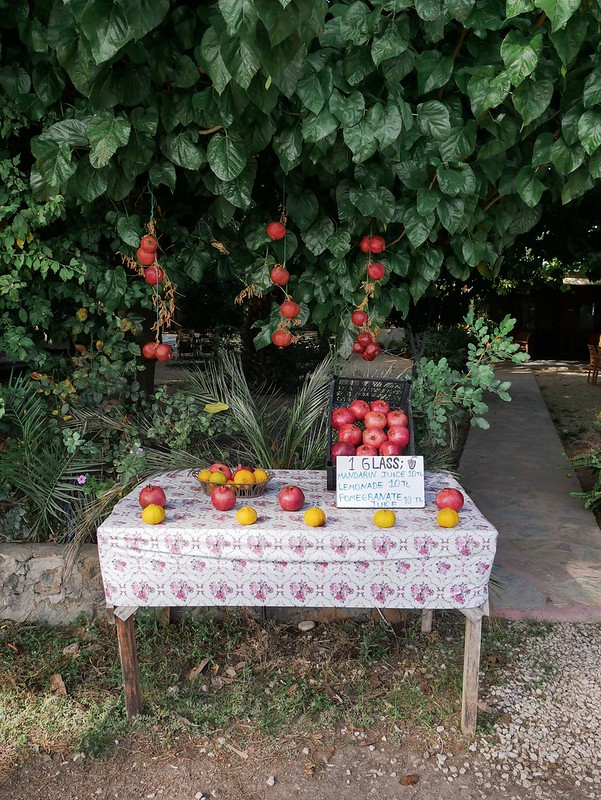 We opted to hike a short stage of the Lycian Way, heading up the steep hills and along the coast where we got our pick of three different beaches. The terrain was rough and rocky, climbing up headlands to reveal the deep blue sea, turquoise caves and green mountains. We found a nice beach with black gravel to relax at for a couple of hours. 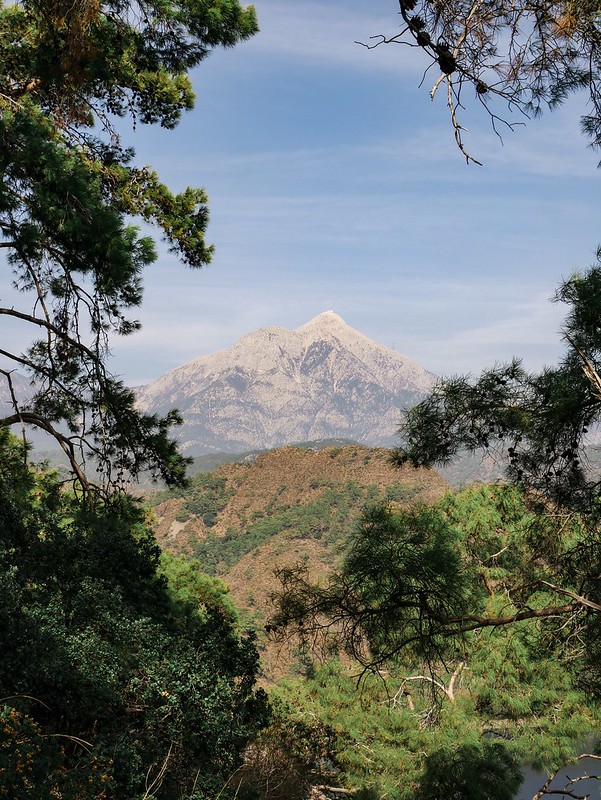 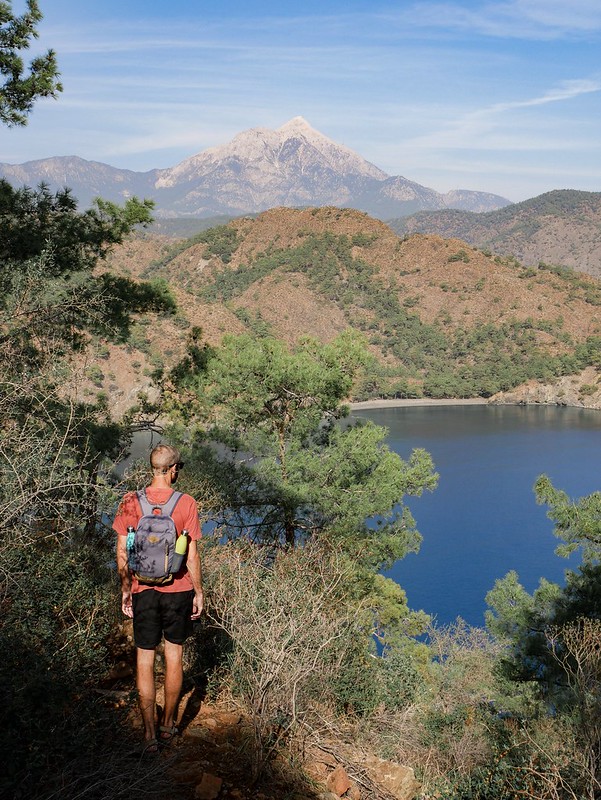 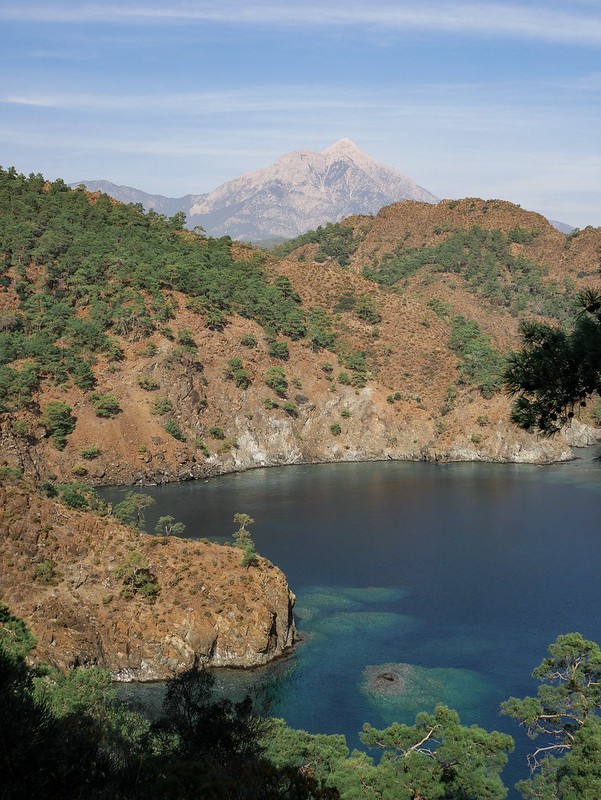 One evening we visited the flames of hell – well, not quite but the Chimera Flames (eternal flame) are a very bizarre sight where unknown gases seep through cracks in the mountain and turn into flames. It was a steep walk up to the sight where about 20 – 30 flames lit up the mountainside. We sat by one fire which had burnt the surrounding rocks black over time and we started toasting some marshmallows we’d brought along. The flames were the perfect temperature to get a golden, puffed up mallow and everyone around looked rather jealous. Apparently if you put one flame out it just reappears from a different crack, they really are eternal. 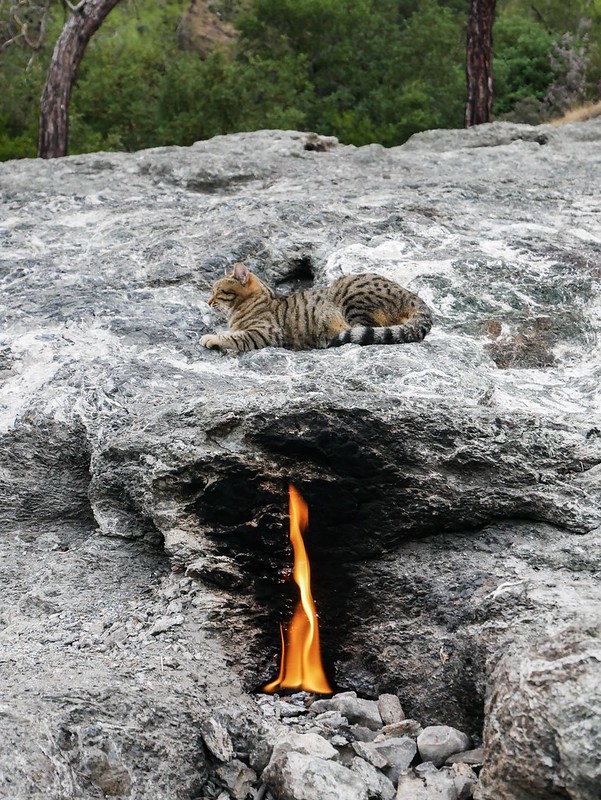 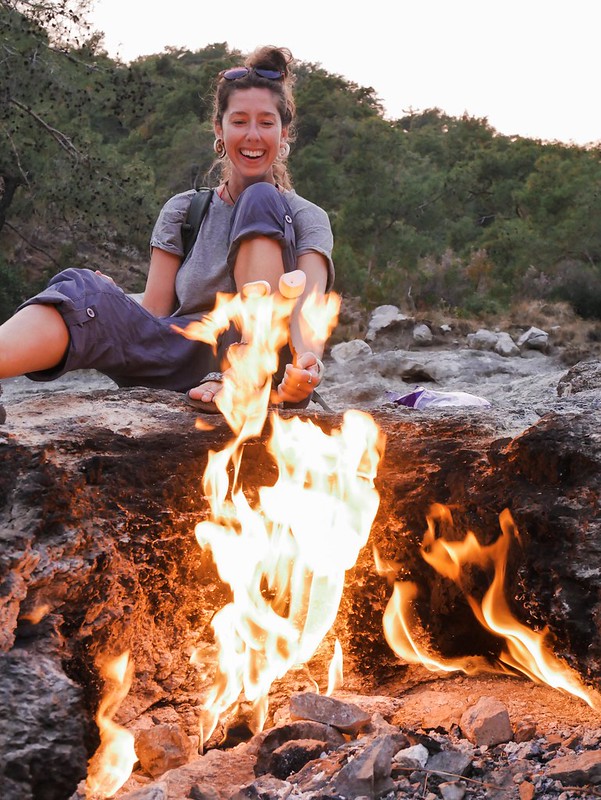 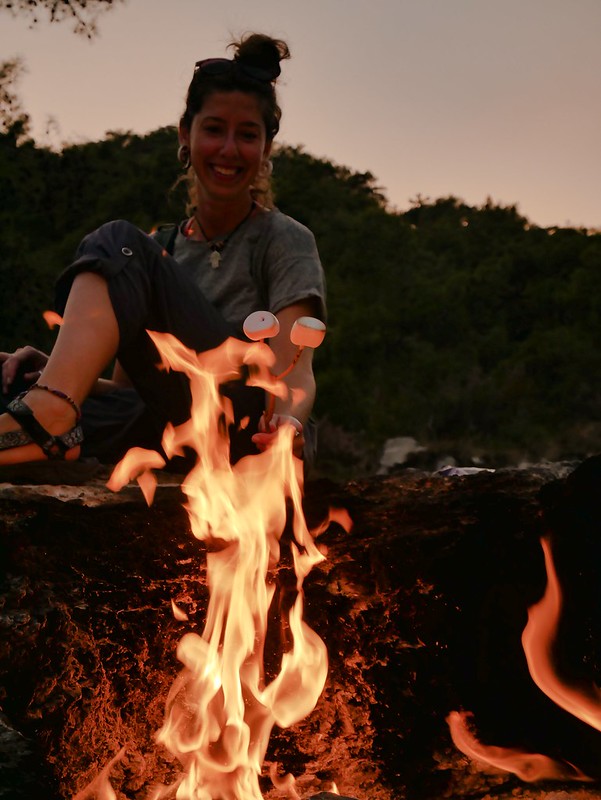 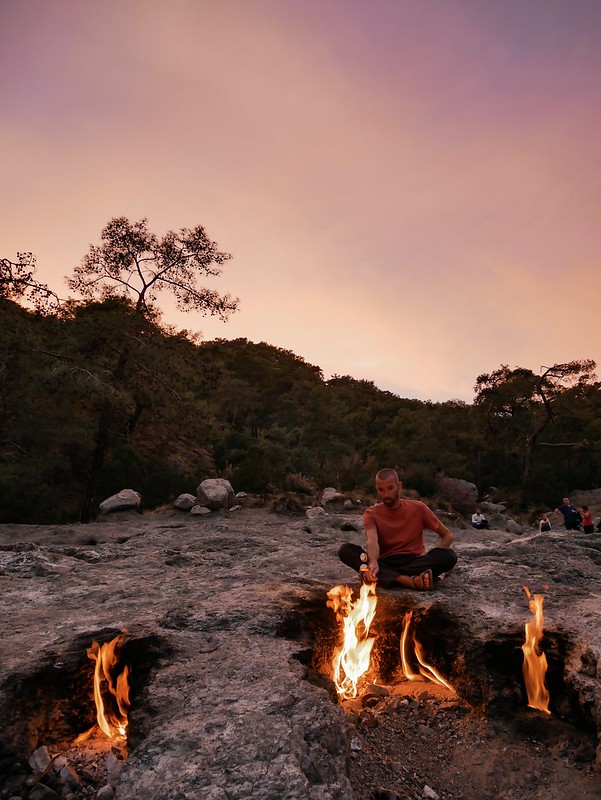 Another day we walked along the beach towards Olympos, an old hippy hangout. The village was filled with basic wooden bungalows and overgrown trees but at this time of year it was lacking the atmosphere. Between the beach and the village was a large area of ruins which we explored. The jungle had taken over a lot of the crumbling buildings but it was a nice place to wander around for an hour and climb steep cliffs for views across the beach. 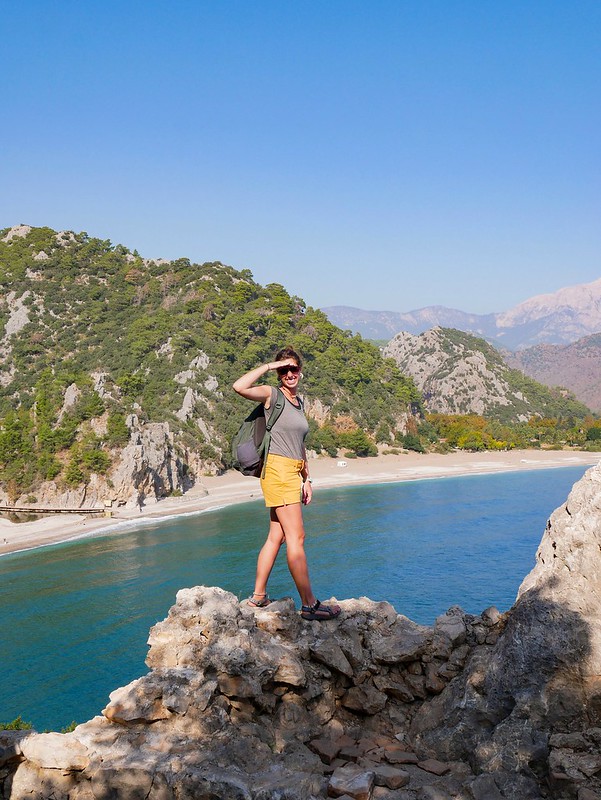 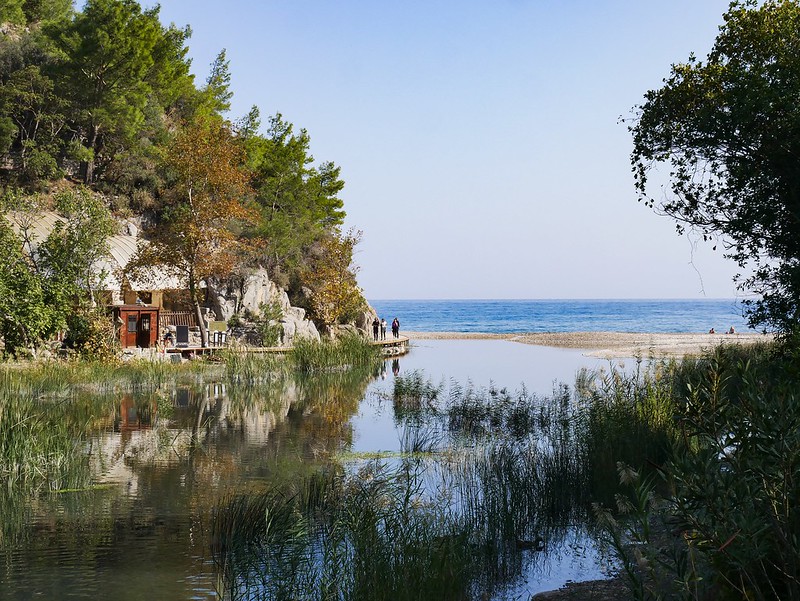 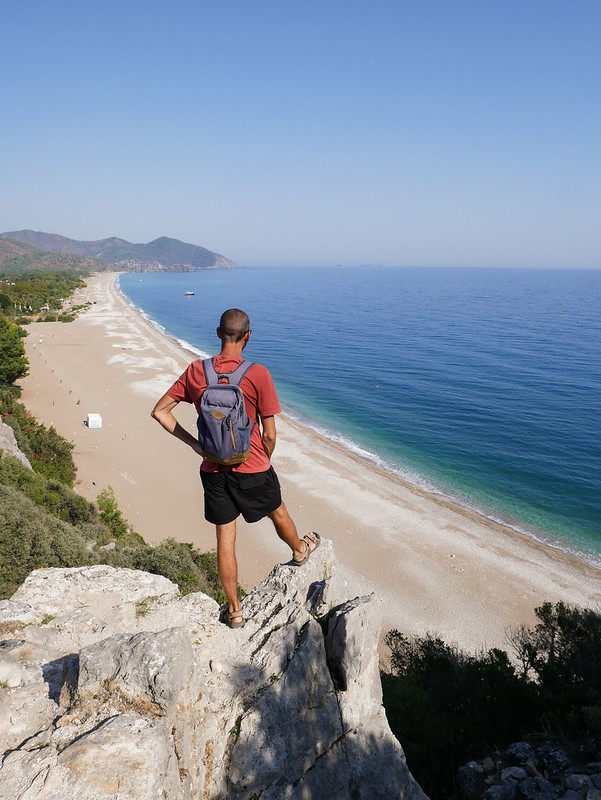 We were so lucky to get 6 days of sunshine in November, but with rain on the horizon we packed our bags and followed the sun to the west to explore Fethiye. 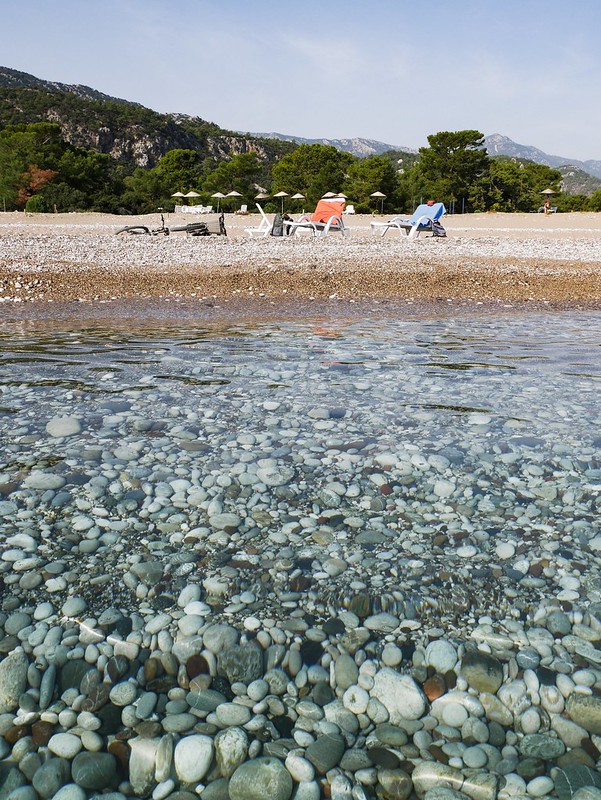 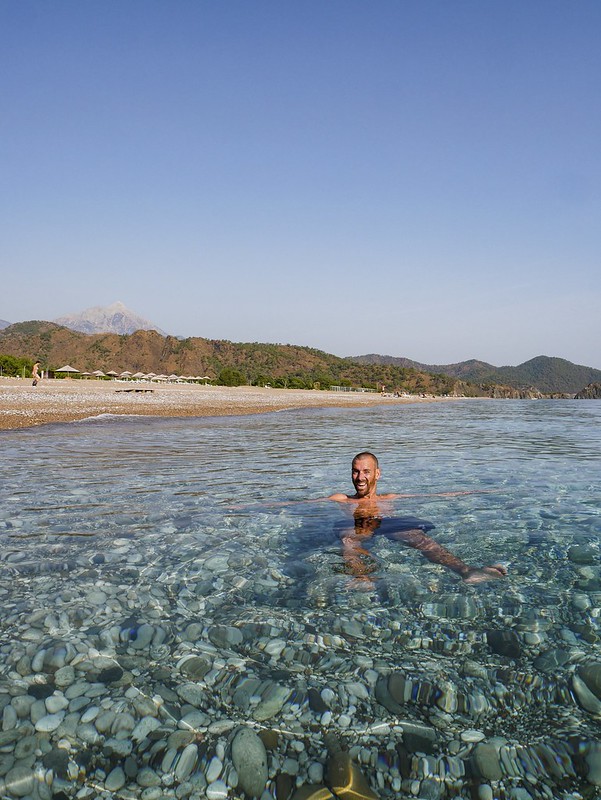