The southern right whales swim from their feeding grounds around Antartica up towards the equator (but not too far north as their thick blubber isn’t designed for warm waters) for the mating season. The protected bays around Puerto Piramides are one of their chosen locations to give birth and during the Spring months the population of the whales outweighs that of the people living in Puerto Piramides 3300 to just 450. The water is around 100m deep so it’s a safe place for the mums to teach their young how to dive before they venture into the deep sea.

There are beaches where you can see the whales from the shore but we wanted a slightly closer look so we opted for a boat trip. Luck was on our side as a big group of people cancelled so the boat was only a quarter full – good job too as it was still difficult to capture a photo without people getting in the way. Before we stepped onboard we could already see two whales in the bay. They were in a playful mood, rolling around and raising their giant flippers in the air! 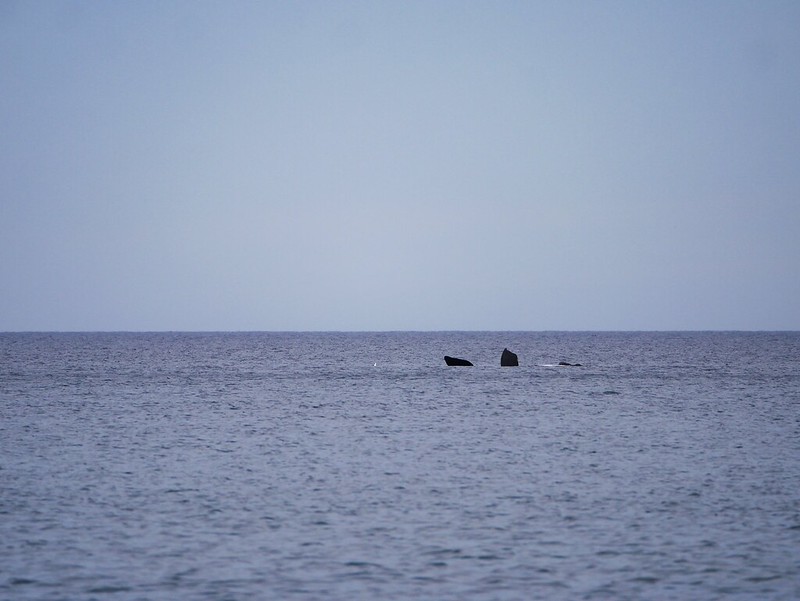 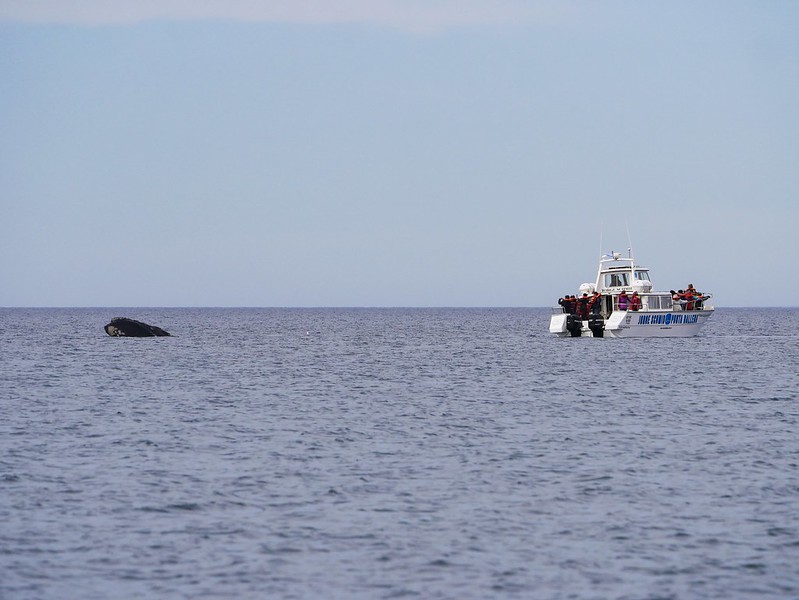 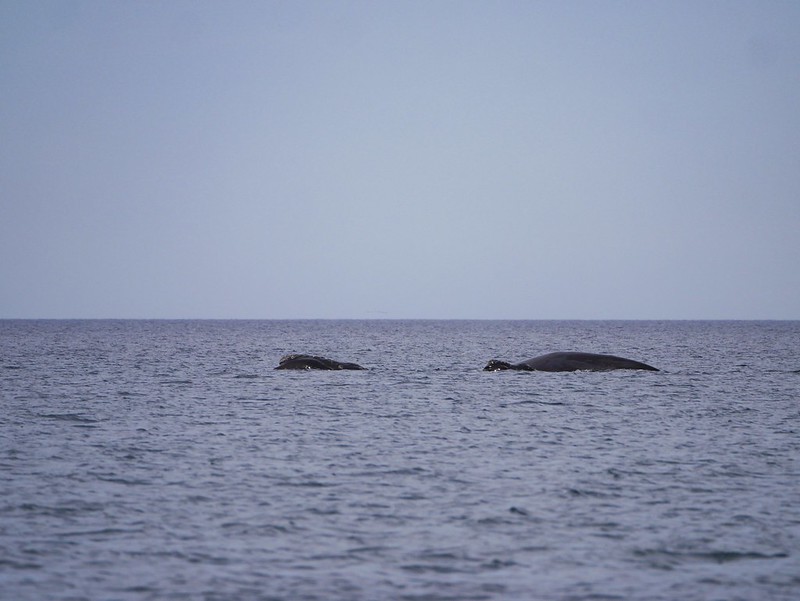 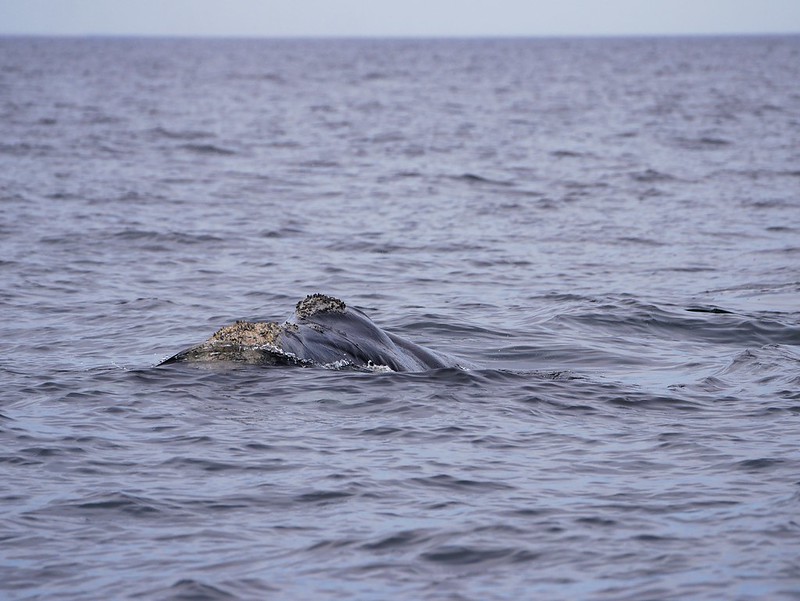 It was our first time to see this type of whale and they looked very different as their faces were large with sort of barnacles or calluses on them. They can be very curious sometimes, poking their heads right up beside the boats as if to see what everyone’s looking at. We ended up seeing about 15 different whales up close and dozens more blowing their spouts in the far distance. 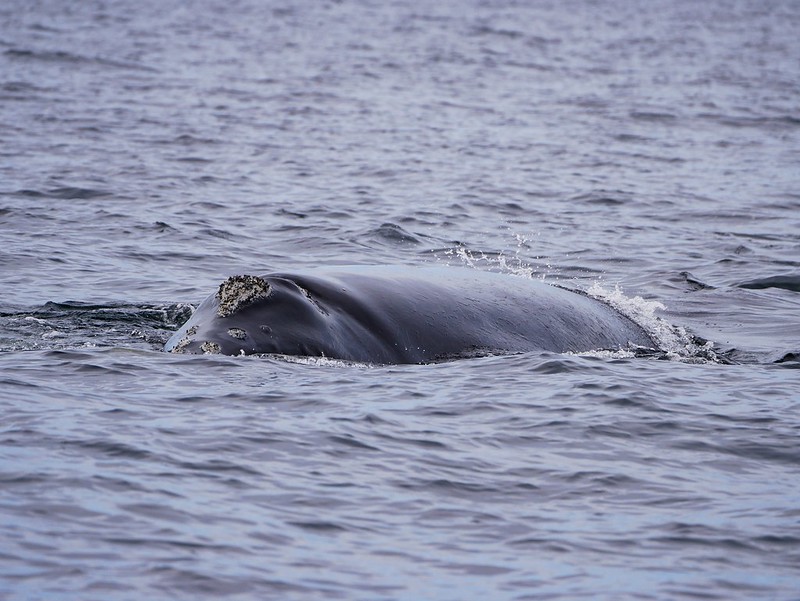 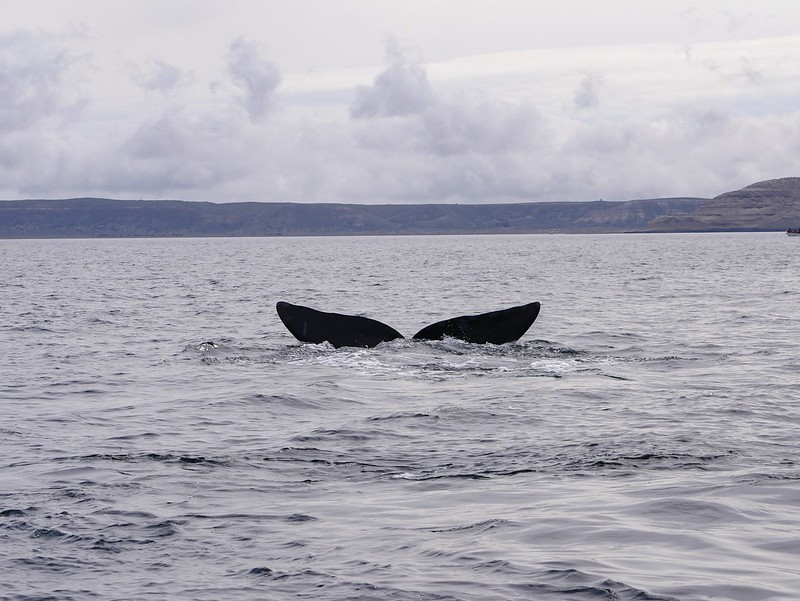 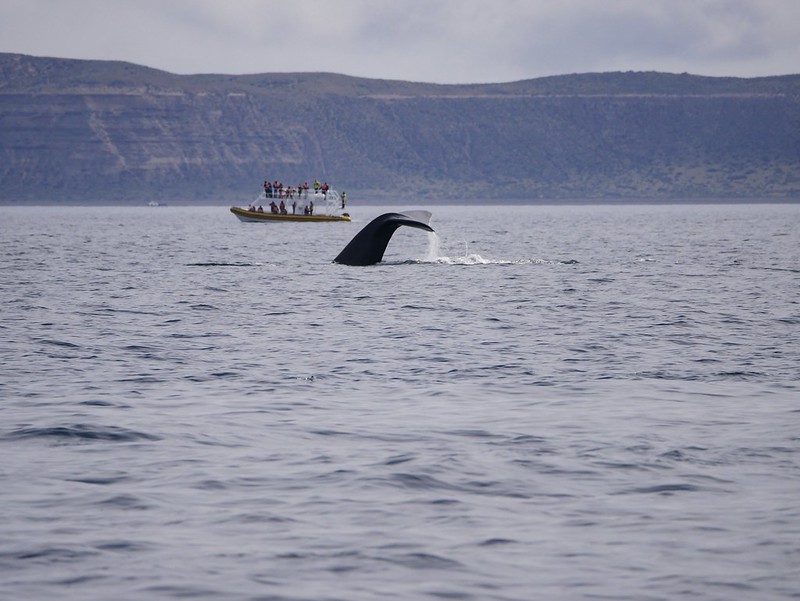 I read some interesting facts about the southern right whales which you should enjoy:

The female will become surrounded by amorous males. She will roll onto her back to keep her genitals up out of the water and out of reach of the males until she is ready. This is not always so successful since the male’s penis is 12 feet long and manoeuvrable.

Southern Right Whales will sometimes stick their flukes (tail flippers) up into the air and leave them there, letting the wind push them along. This is known as “sailing,” and seems to be done for fun.

Right Whales were given that name during the whaling boom because they were the “right whales” to hunt.

The whales would come up to the surface and relax awhile, floating like giant logs in the sea. They were absolutely giant though, up to 18m long and usually only a small part of their body was visible on the surface – it would be incredible to snorkel with them and appreciate the grand size. After resting for a while they’d take a deep breath before doing a deep dive, revealing their perfect tail fluke and the sound of everyone’s cameras clicking. 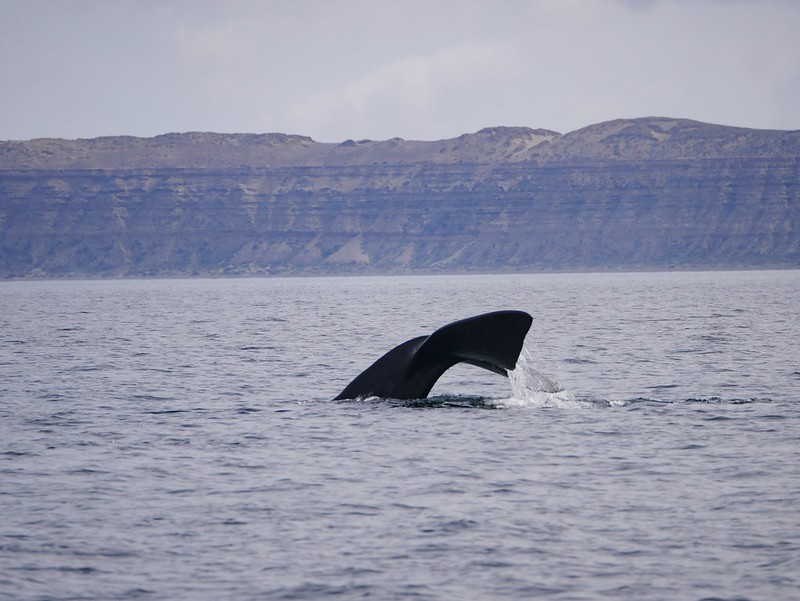 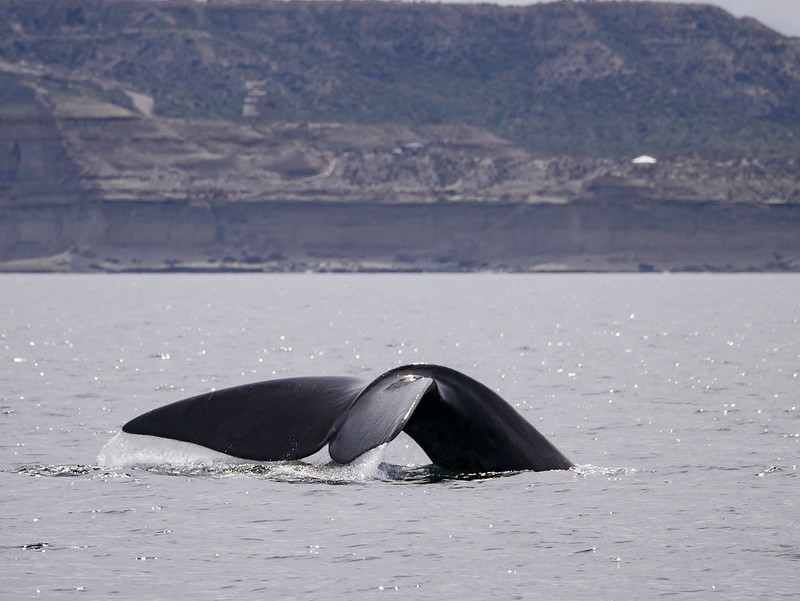 The highlight of the trip though was witnessing a white baby whale (although still a giant!). It had black and grey spots like a Dalmatian but it’s white body really showed up in the clear sea and we watched it swim under our boat, almost lit up like a UV lightbulb. 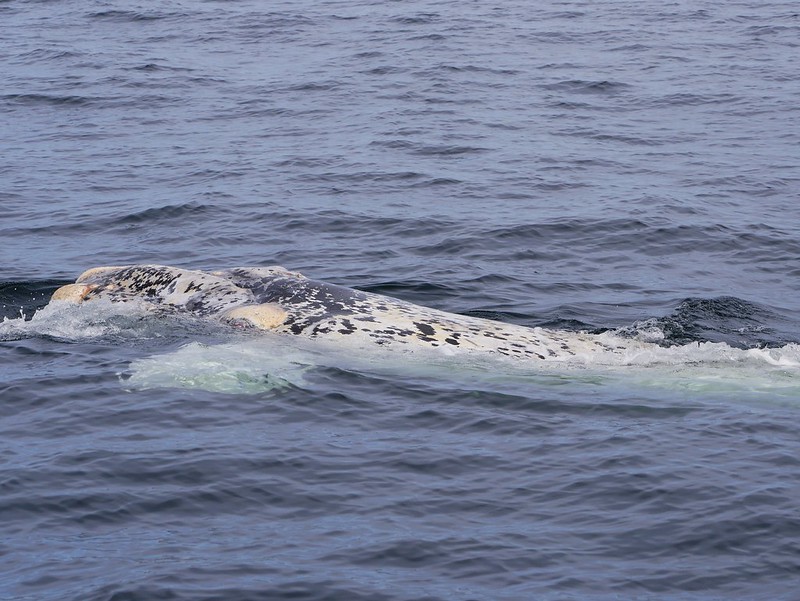 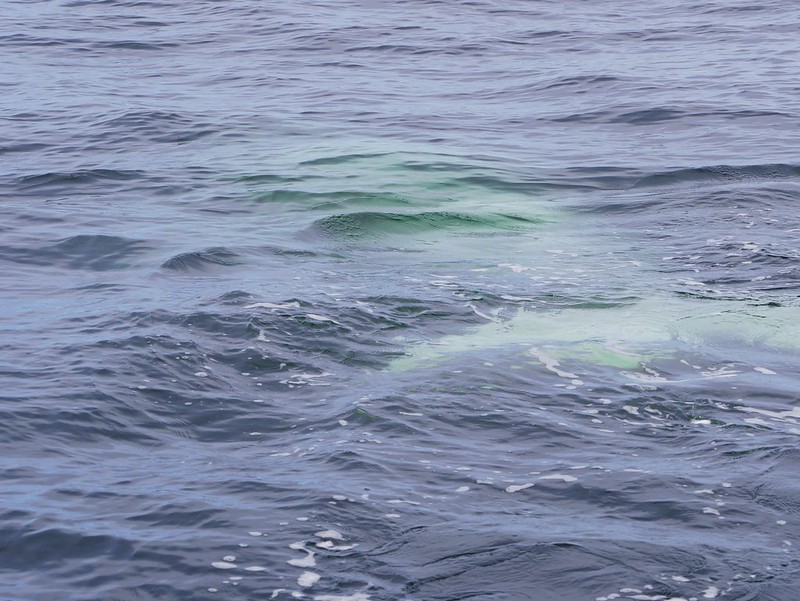 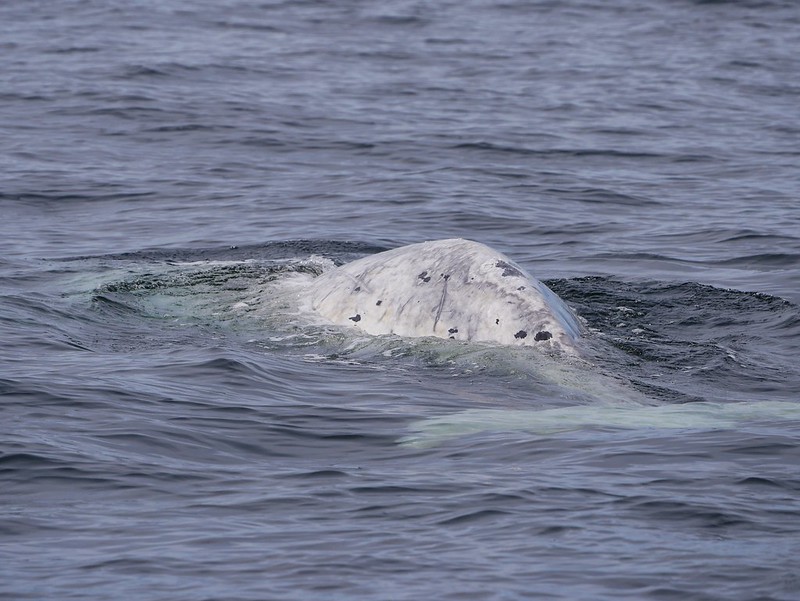 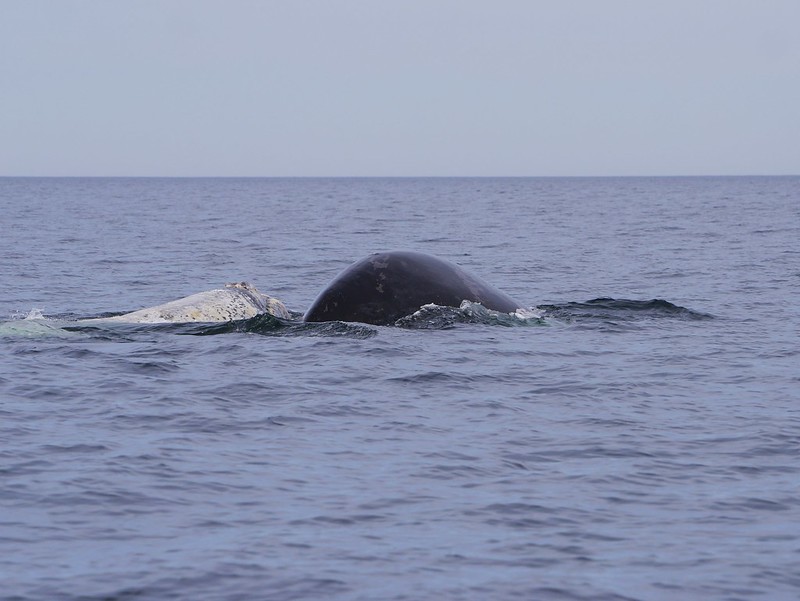 Before we headed back to the village the boat veered towards the sea lion colony that we’d witnessed from the cliffs above on the previous day. From here we had a nice eye-level view of the animals, although I’d prefer if we’d just spent more time with the whales instead. 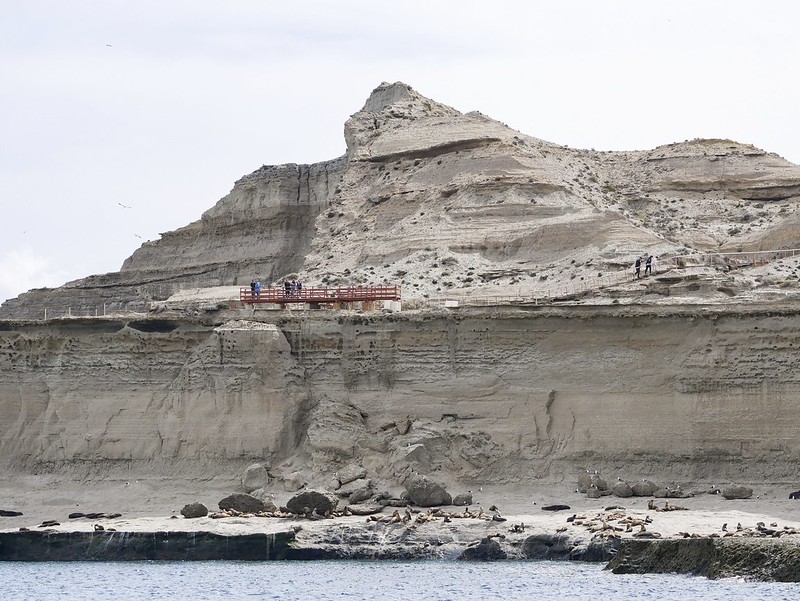 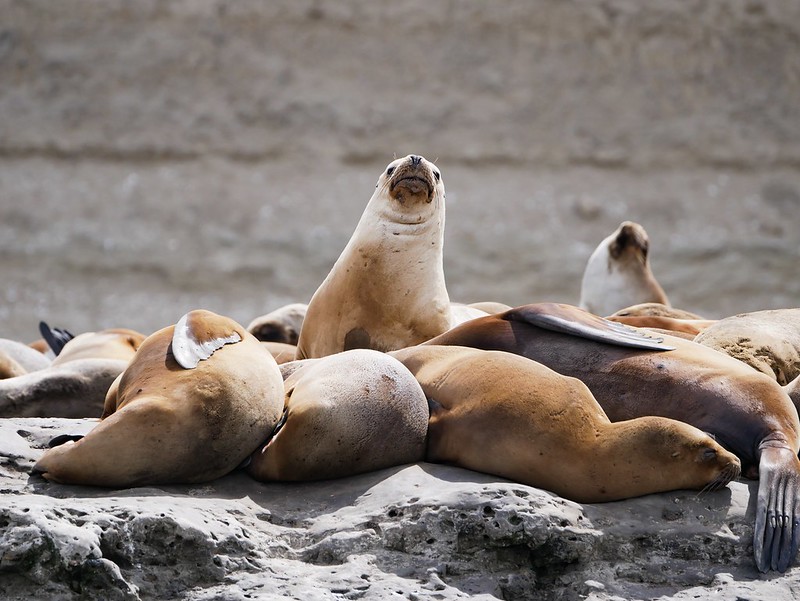 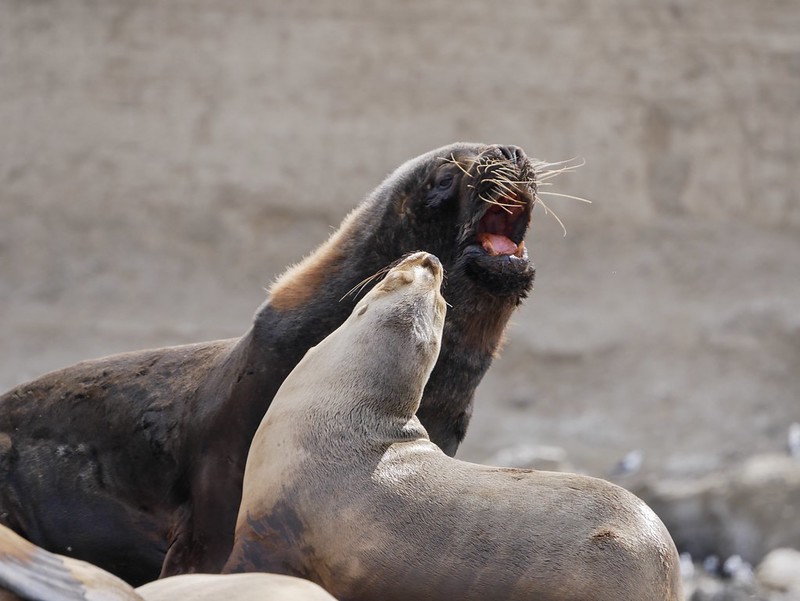 The following day we headed to Puerto Madryn, a pretty ugly town in comparison to the quaint village of Piramides but there were a couple of things we wanted to see there. Firstly we wanted to swim with sea lions which was so great it has its own blog post, but the other trip was to visit Doradillo Beach. At high tide the southern right whales can be seen just a matter of meters away from the gravelly shoreline so it sounded like a great place to visit. The only problem was that there was no public transport to the area so we decided to hitch hike. We walked a few kilometres out of town and once we stuck our thumbs out the third car picked us up. It was a lovely chap a little older than us and with broken English and Spanish we had a nice but short chat for a few kilometres until we reached the junction where we needed another ride. Instead of quickly dropping us off the guy pulled over, turned off the engine and hugged us both goodbye, wishing us a happy life. How sweet! After about five minutes our next car stopped with a really friendly french couple who we got on very well with and they were going to the same place as us. The first beach we arrived had some locals in swimsuits which was a shock after the cold windy days in Patagonia. There were a handful of whales already in the bay but not very close to the shore so we continued up to Punta Flecha, a headland separating two beaches. From there we could see the left beach which must’ve been Doradillo had several whales swimming close to the beach. I took a seat on the ground to steady my hands while using the binoculars and I must’ve sat on a damn ants nest. Craig was standing with the french couple and I had to try and act cool and just flick them off like it was no big deal. But then they bit me, oh lordy did it hurt. These ants were military grade and somehow, in a matter of seconds managed to navigate their way into my bra and bite my boob. I’m pretty sure these were some Amazonian ants with poison because the pain was unreal. 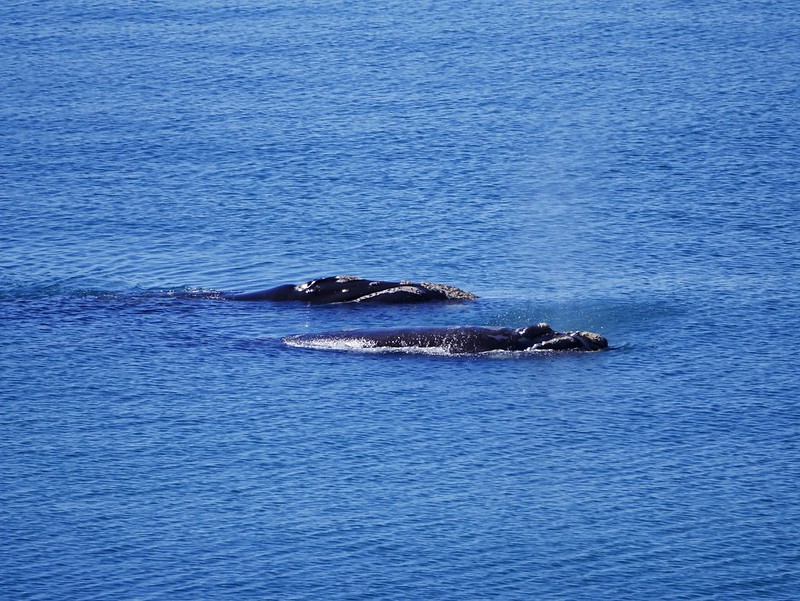 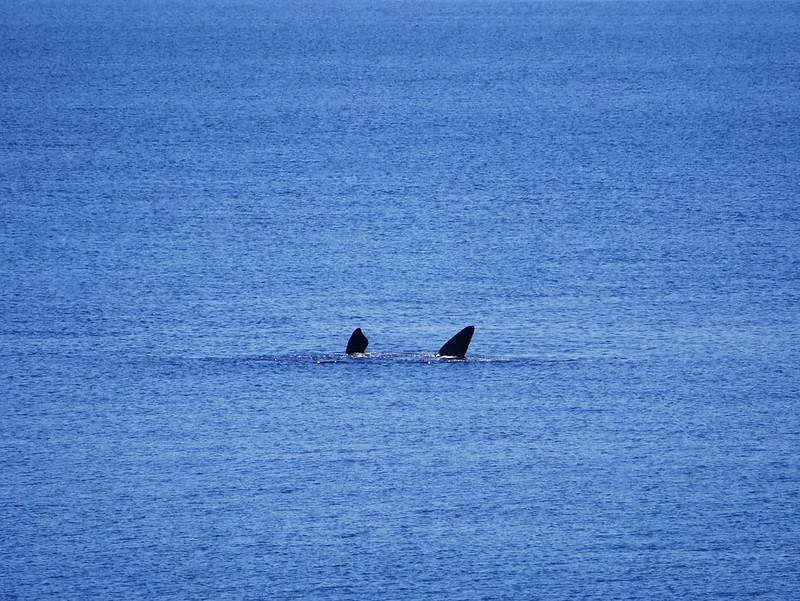 The french couple had to leave as they had a whale watching trip – not before flicking off a few ants that I’d brought along. So Craig and I walked down the dusty hill and along the beach to get closer look at the whales. It was amazing how close they were, some just 7 or so meters away!! Apparently they do this at high tide because they like to have a body rub against the pebbles! 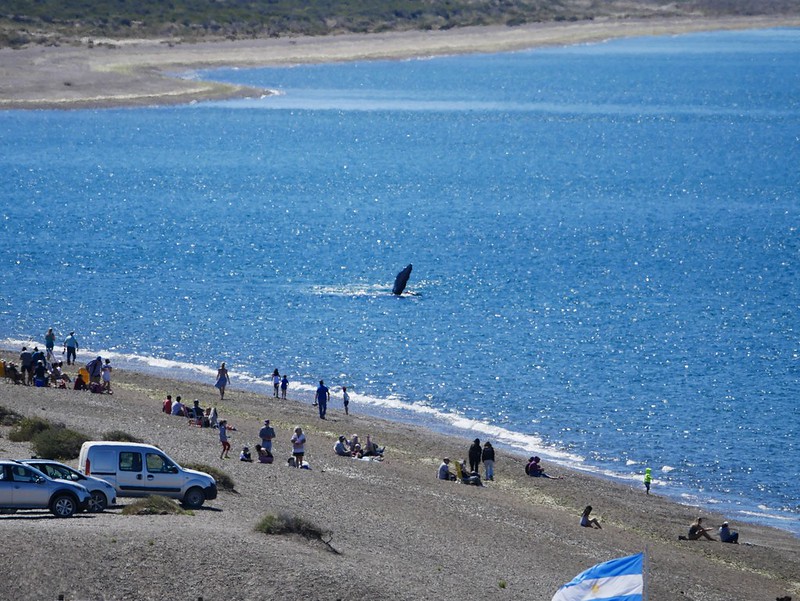 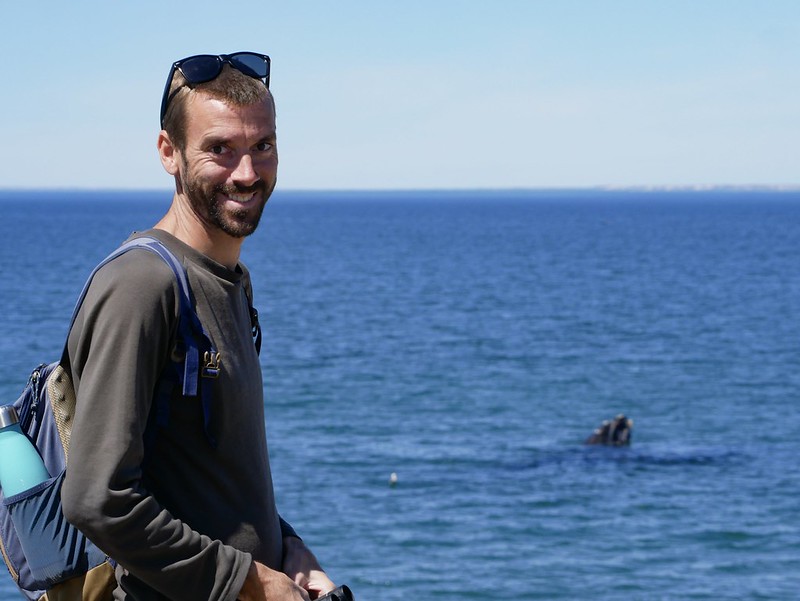 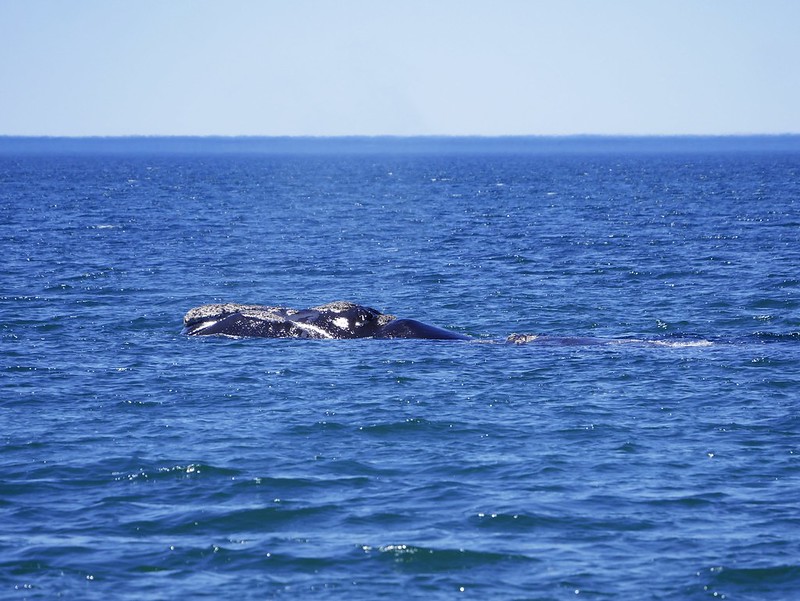 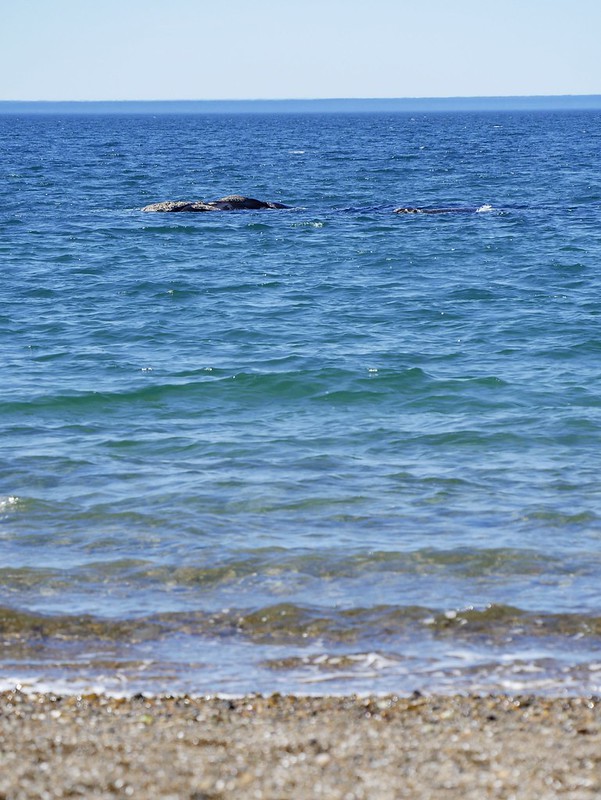 We enjoyed a picnic with one whale lounging in the sea infront of us and then another in the distance breaching! A breach is where they jump out the water like acrobats – just for fun, and this whale was having a blast. It breached constantly for five minutes, flying out the water with its little flippers tucked in as if to become streamline and then there would be an almighty splash as it landed. As the tide began receding so did the people on the beach so we dashed off, not wanting to miss a ride back to town and luckily the first car picked us up, hooray! 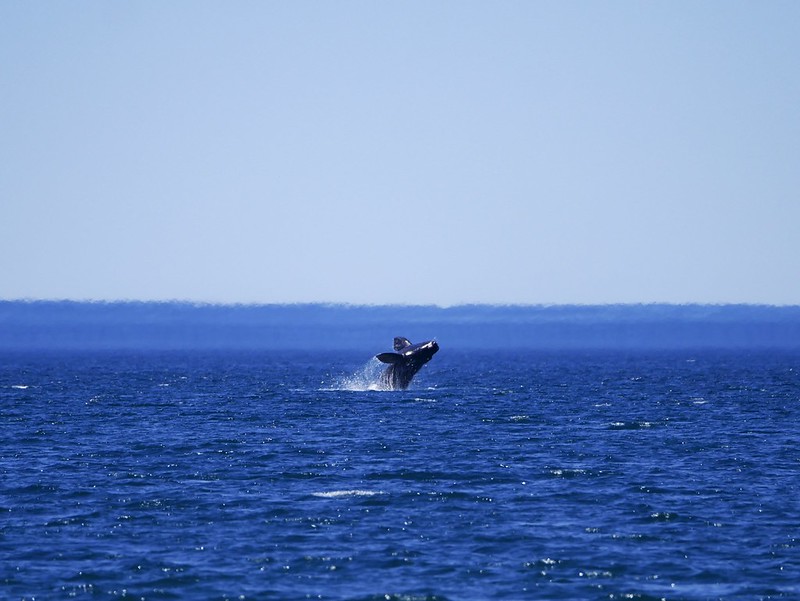 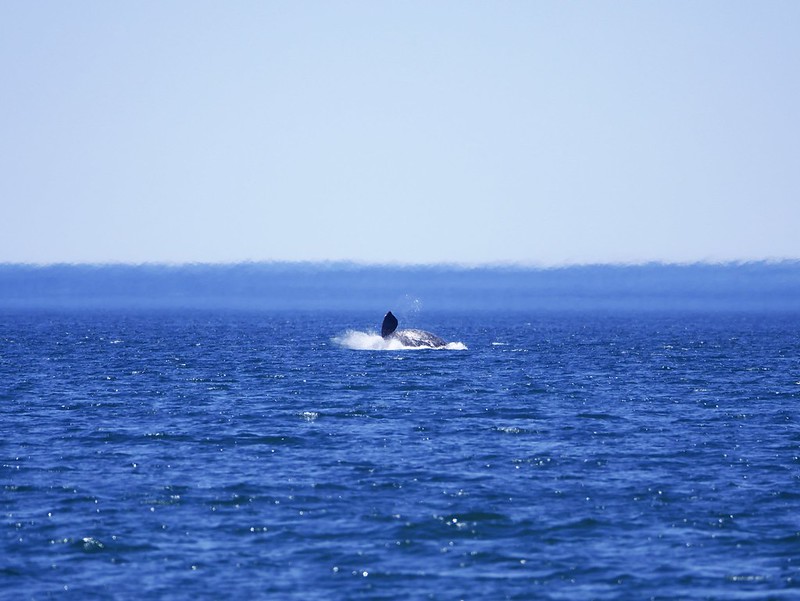 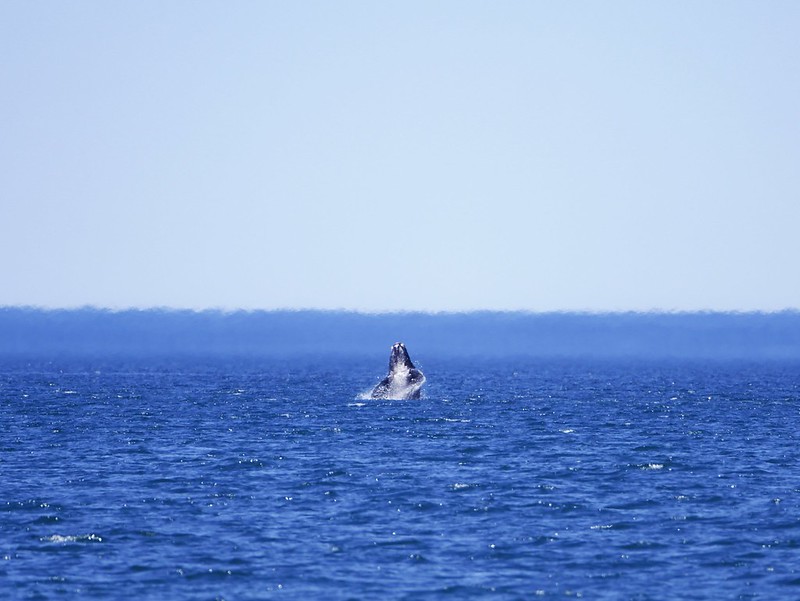 That evening we headed to Buenos Aires on a 19 hour night bus. We’ve managed to avoid the long distance buses so far, finding cheap domestic flights but not today. We spent about a week in Buenos Aires 10 years ago as a Chilean volcano erupted and delayed our flight out, so we’d already seen all the main sights. This time we just needed to relax and decide where to go next. We had planned to travel around Colombia but with flights costing $450 and ones to Barcelona at only $250 we opted to head to another continent.

We enjoyed our best meal of the trip in Buenos Aires thanks to the french couples recommendation. It was called Las Cabras and was in the funky Palermo neighbourhood. Craig desperately wanted a traditional Argentinian steak so he ordered a platter for two people (for himself) consisting of a humongous steak, chips, fried egg, smashed pumpkin, rice, roasted vegetables and a thick slab of barbecued Brie – all for $8!!!!! Madness. I was a happy vegetarian though as I got a massive plate of roast veg quesadillas with all the tasty trimmings. We knocked the food down with our first bottle of wine we’ve ever purchased in a restaurant. I’m not a big drinker so we tend to just have a beer or two instead. The bottle of wine cost $2.50 (it was the cheapest option on the menu) and we were mortified when the waitress got Craig to taste it as if we cared what it tasted like. I had funny images pass through my mind of Craig tasting it and spitting it all back out, demanding a $3 bottle of wine instead! 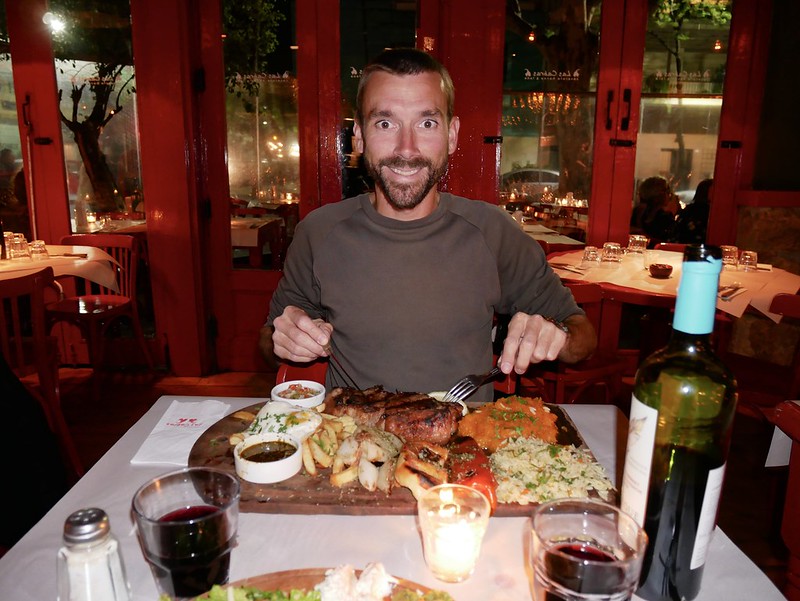 The next day we headed to the airport with a poorly Craig, he said he felt sick…but later in the afternoon admitted it was probably just from overeating and the bottle of wine! So for now it’s goodbye to South America as we make our way to Spain and the Middle East!