So many people recommended driving the Million Dollar Highway that it ended up shaping our route around Colorado. We started the scenic byway in the town of Durango and were set to climb about 5000ft of elevation up multiple passes. As we gained altitude snow began to appear and then it just grew around us, piled high alongside the highway. We thought it would be a great place to take Roland our rowboat out on an alpine lake so we pulled up beside a closed road that hadn’t been plowed all winter. Cross-country skiers had made hard tracks in the snow which enabled us to follow on foot without sinking and it was just a 1km hike to the lake. As the forest opened up with mountain views ahead we finally got a glimpse of the lake and were left totally disappointed. It was completely frozen, it hadn’t even crossed our mind which was kind of silly, but a good job we hadn’t dragged the boat through snow without checking. 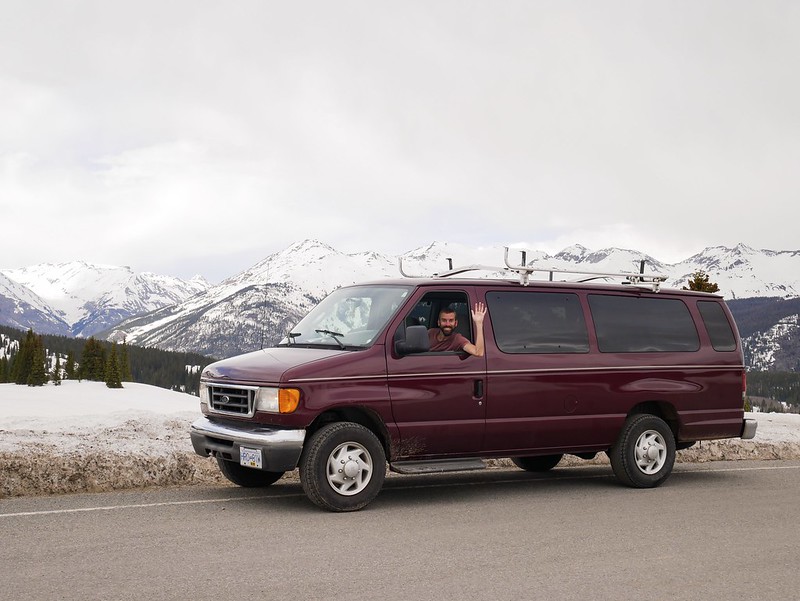 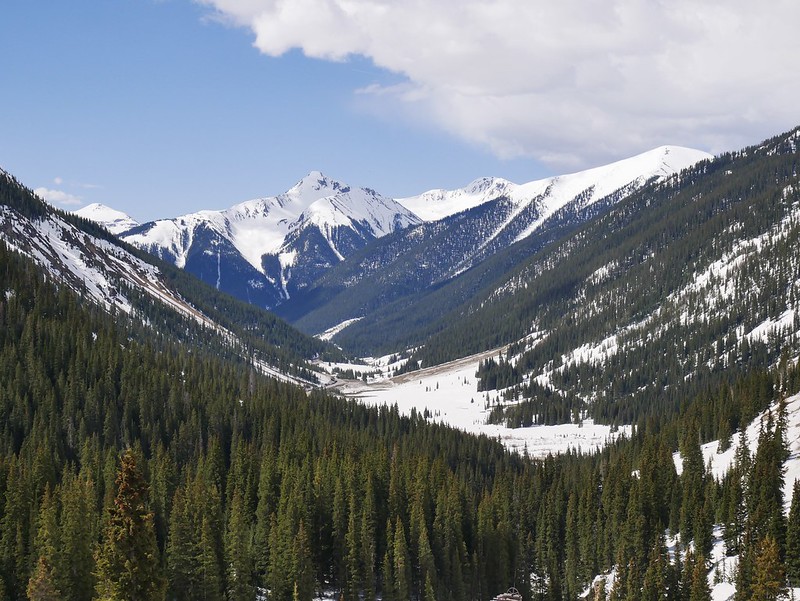 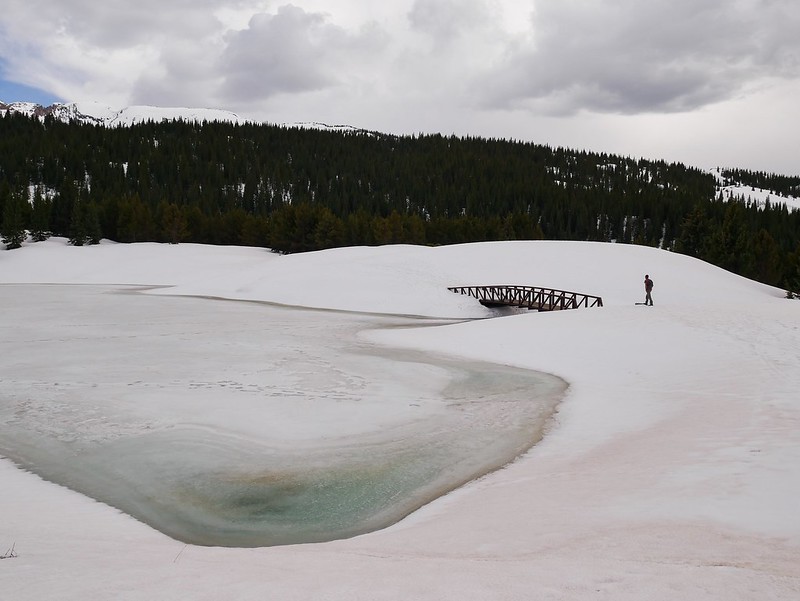 When we arrived at Molas Pass at around 11,000ft elevation we decided the view was so special that we wanted to stay the night so we found a nice spot to park Ruby the van with 360° mountain views. Considering how high we were camping there was a surprisingly warm breeze that kept the temperature above zero all night. We watched the sun go down behind the peaks and stain the clouds an intense orange colour before darkness took over, with a scattering of stars and the moon illuminating the snowy mountains. 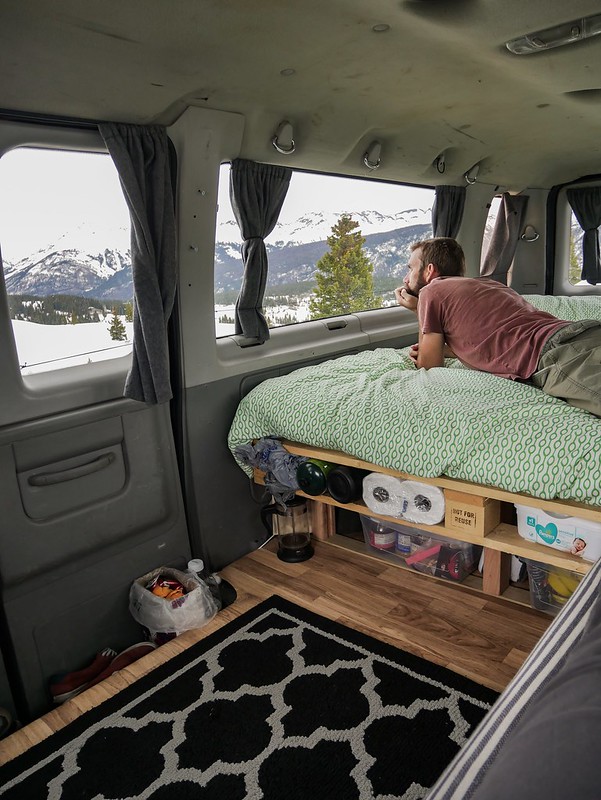 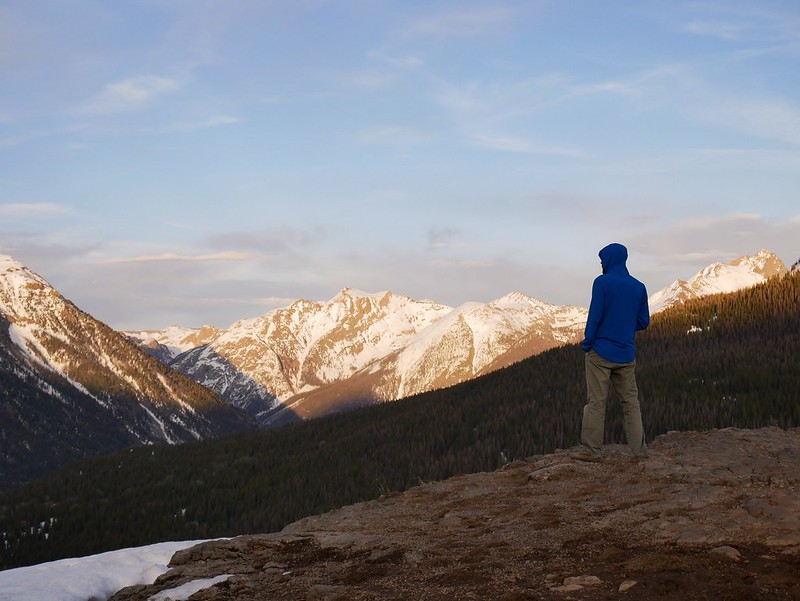 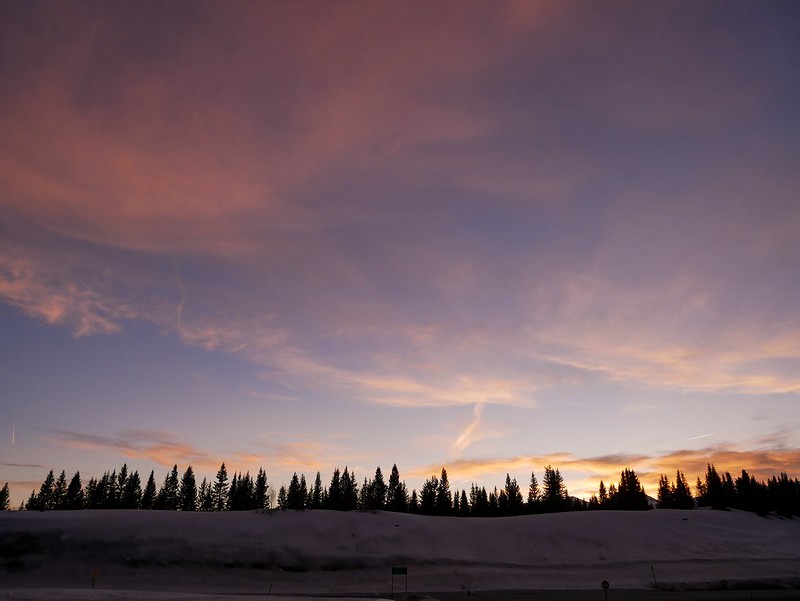 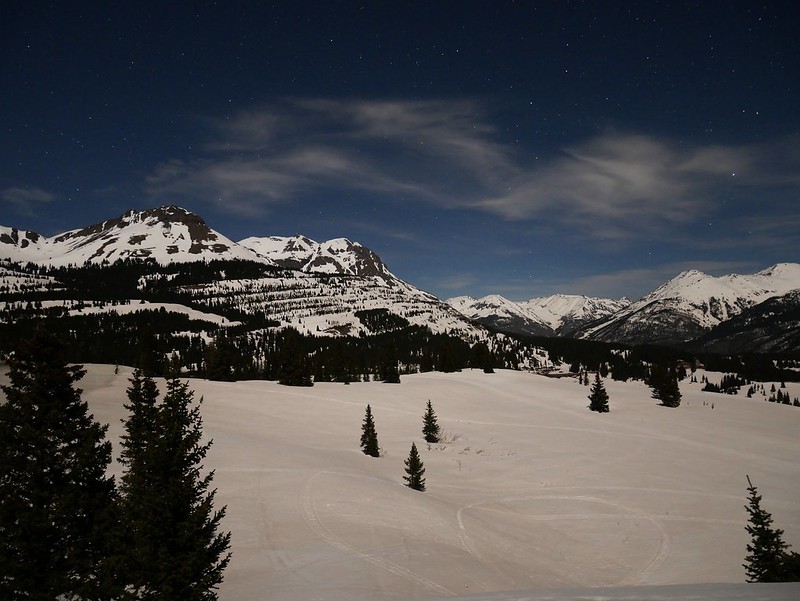 We happily woke early to more blue skies and headed down the pass to the remote village of Silverton. It’s an old silver mining town that’s been brought back to life in a wonderful way. It had an old time vibe with Wild West style buildings painted bright colours and a church located at every turn. The town sat in a basin below all the steep mountains so it was quite an impressive backdrop but I could imagine it being a challenging place to live with constant road closures from winter storms. 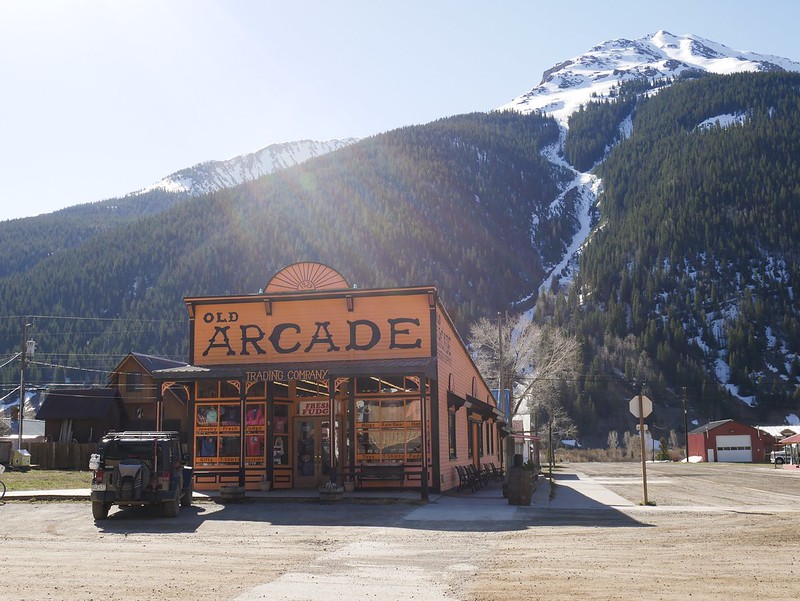 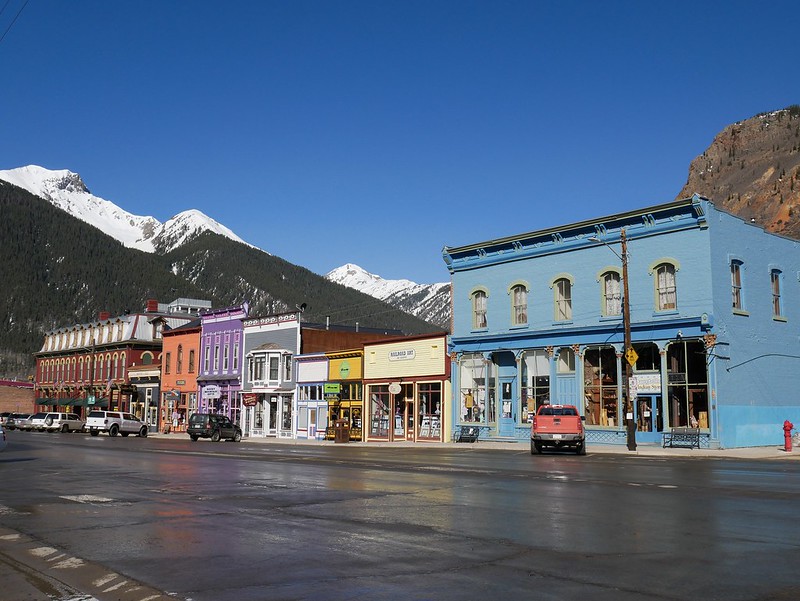 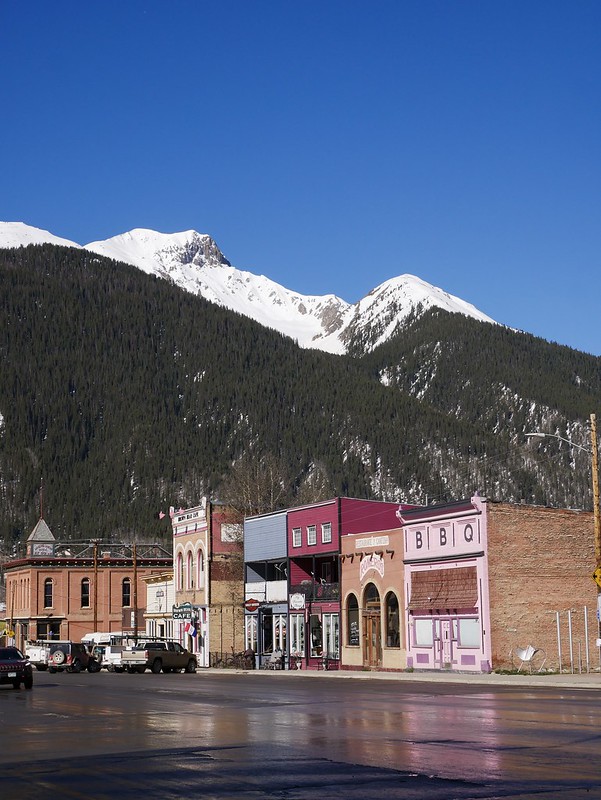 We continued our drive north, passing perfectly reflected lakes and then some historic mining areas. There were still rustic old houses and wooden structures where cable cars were used to move items across the valley. Hundreds of miles of tunnels still remained under the ground. 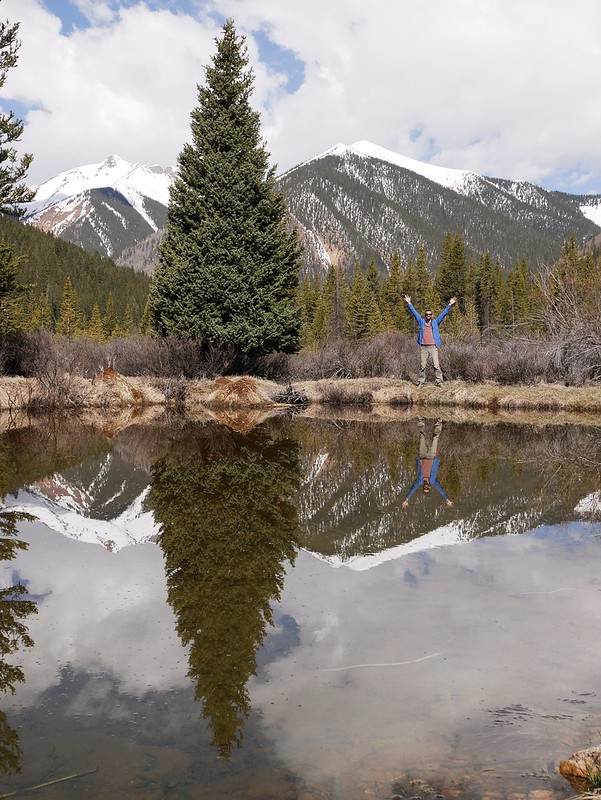 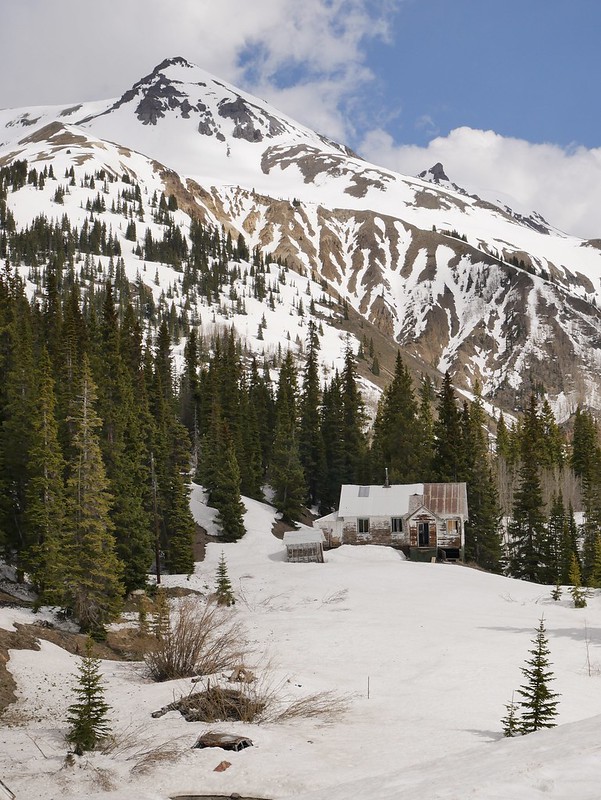 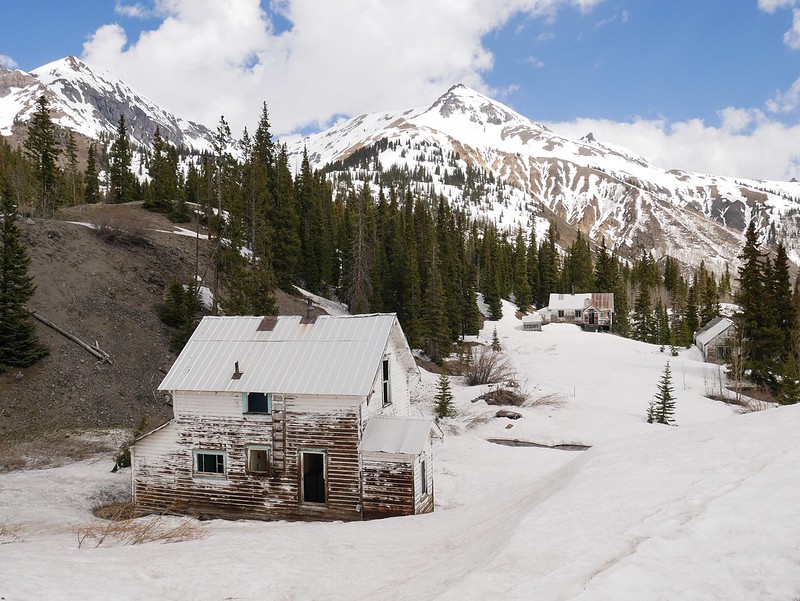 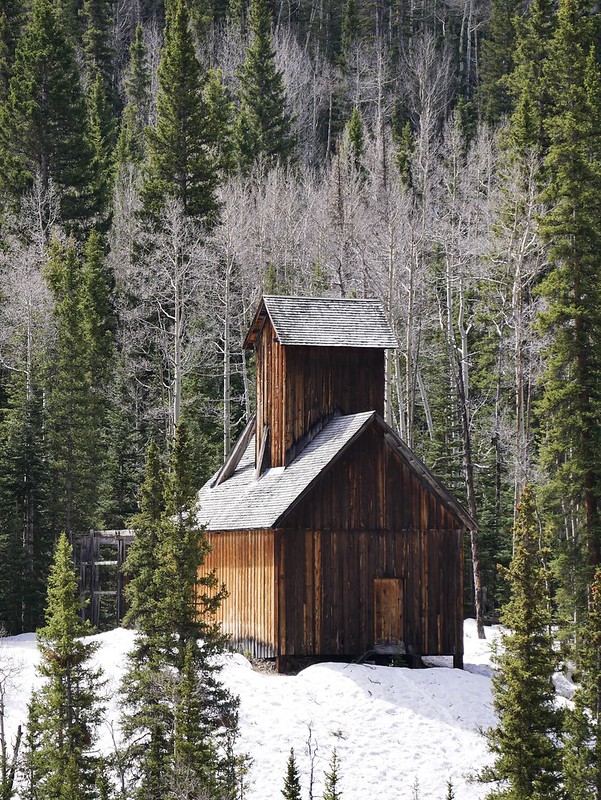 Colorado received an astronomical amount of snow late this season which led to high avalanche dangers and as we drove towards Ouray we passed half a dozen avalanche tracks. Huge sections of aspen forest had swept down the entire mountain, across the highway and down the valley. I couldn’t really comprehend the power of an avalanche until I saw the evidence. Trees were snapped like toothpicks and pulled down the mountainside with such ease. The avalanche took no prisoners in its path and I can’t imagine the relief of the trees and wildlife that were still standing on either side of the scarred mountain. 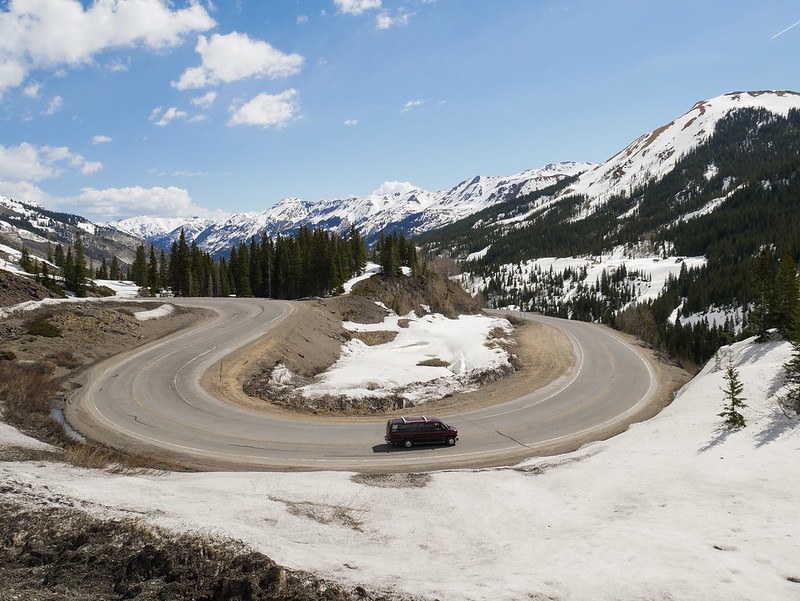 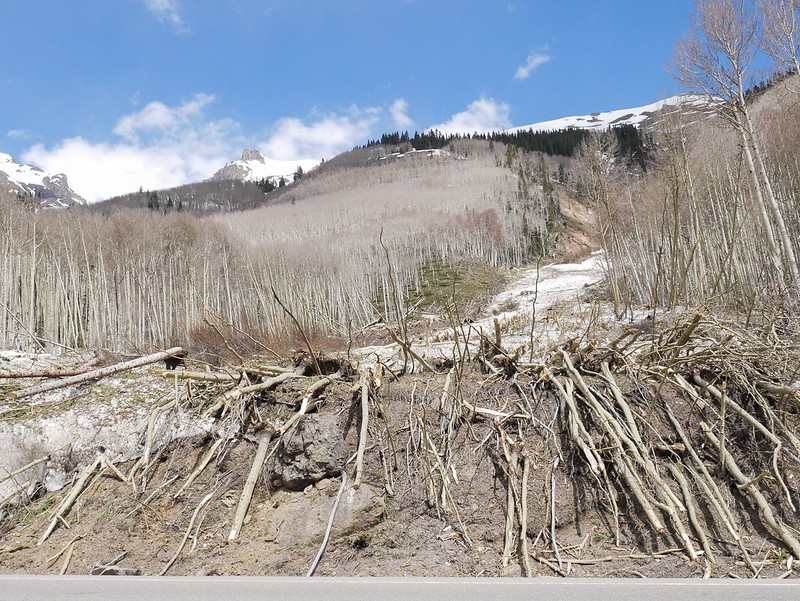 The section just before Ouray was a complete change of scenery as we drove through a narrow gorge with gushing waterfalls. I was excited about Ouray as it’s said to be one of the best preserved Victorian era mining towns as well as having the nickname as ‘Switzerland of America’. But we were left feeling a little disappointed, to us the town didn’t have the character of Silverton and there was no resemblance to Switzerland. In fact when we left and drove 20km north we actually got some mountain views with pastures below and grazing cows and finally we said now this looks like the Alps – but it wasn’t in Ouray. Either way the trip was well worth the drive and we really loved the mix of dramatic mountain scenery and quirky mining towns. 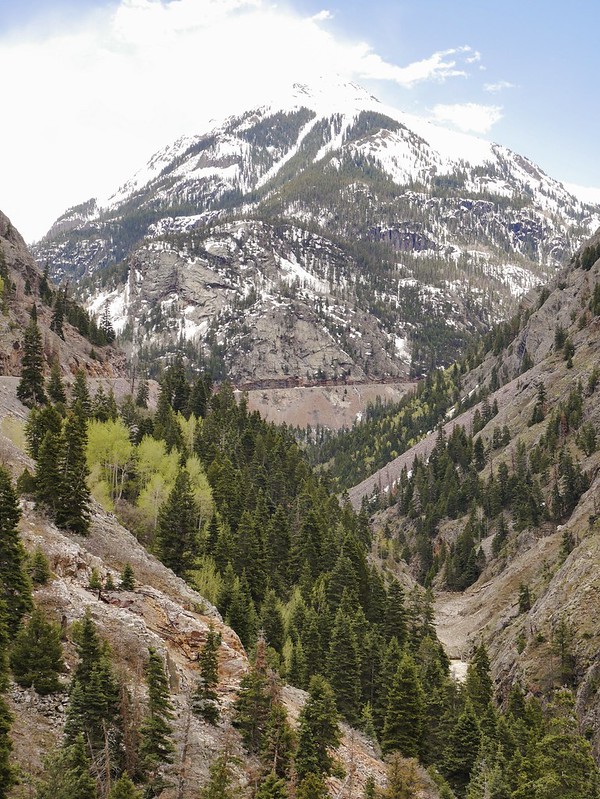 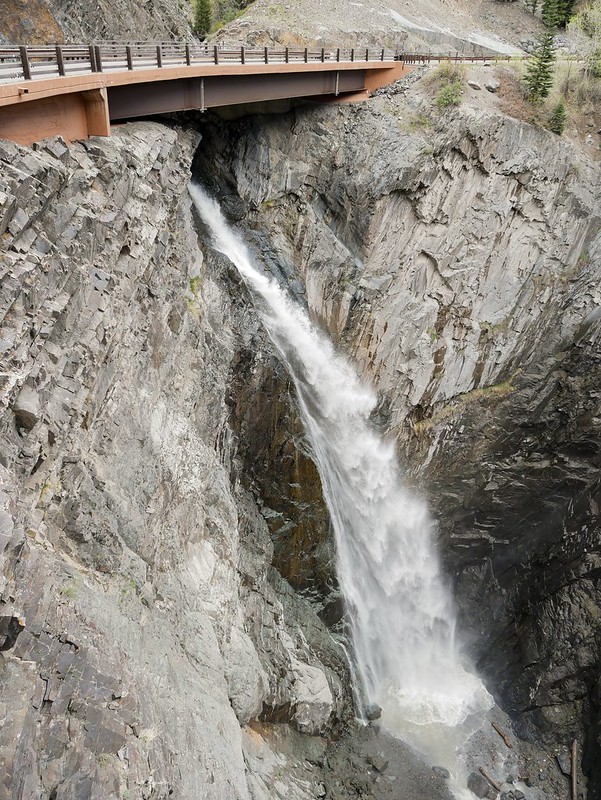 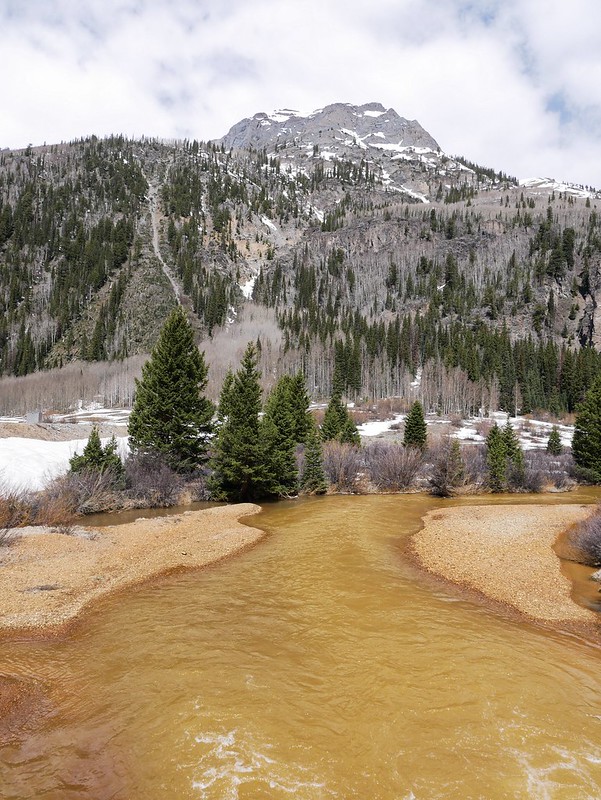 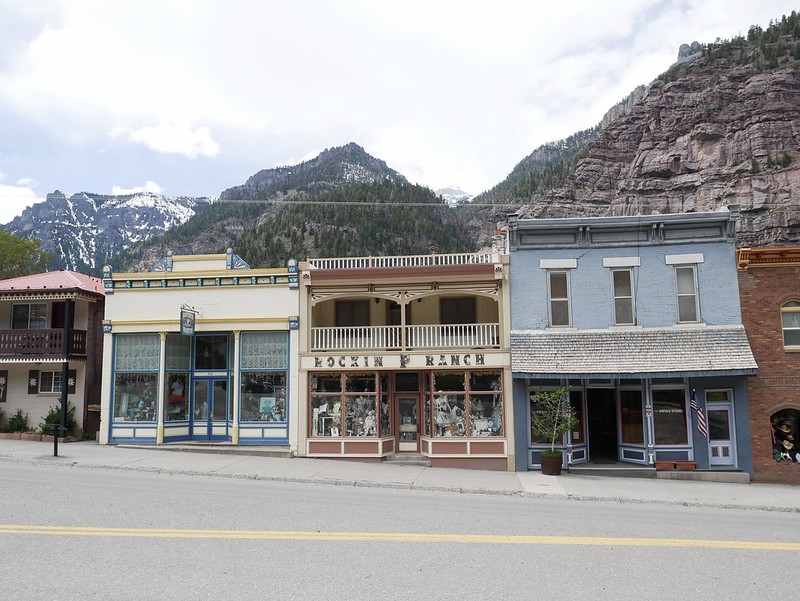 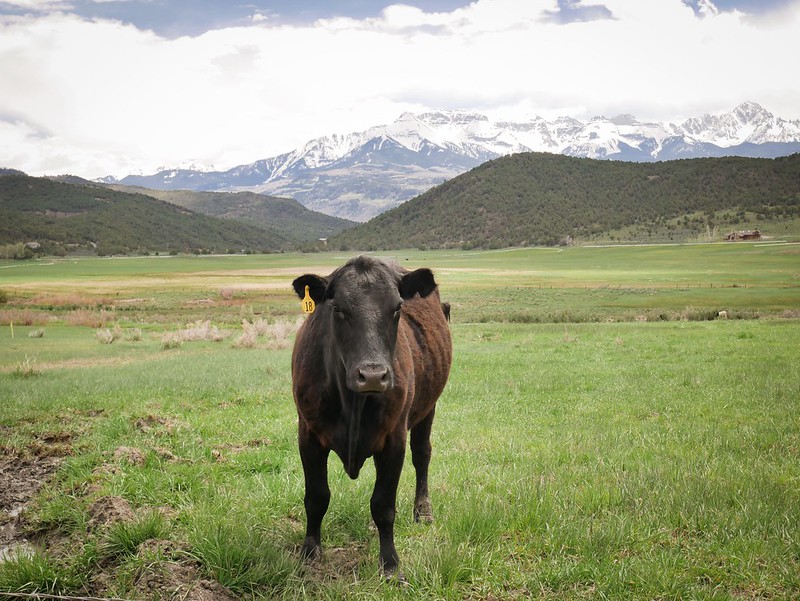