After four months in Asia we were pretty zapped by the heat, we still wanted to return to the Philippines but the flight price and duration weren’t very appealing so we just went on Skyscanner and searched cheap destinations from the Maldives. The cheap countries to fly to were Germany, France and Switzerland so we had to pick one of them to visit for our spare month before going back to Norway for winter. We decided to volunteer to keep our budget down so we emailed a bunch of hosts. Sadly the Swiss weren’t very responsive but a chap from Germany replied to us and we agreed to be lumberjacks for three weeks. 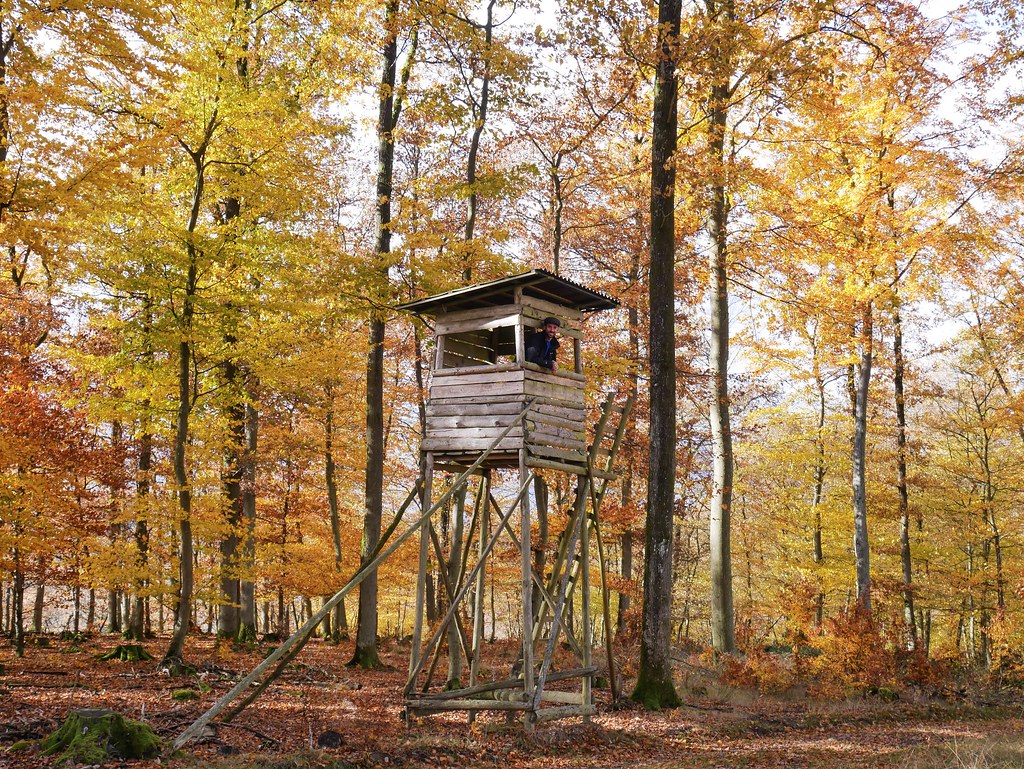 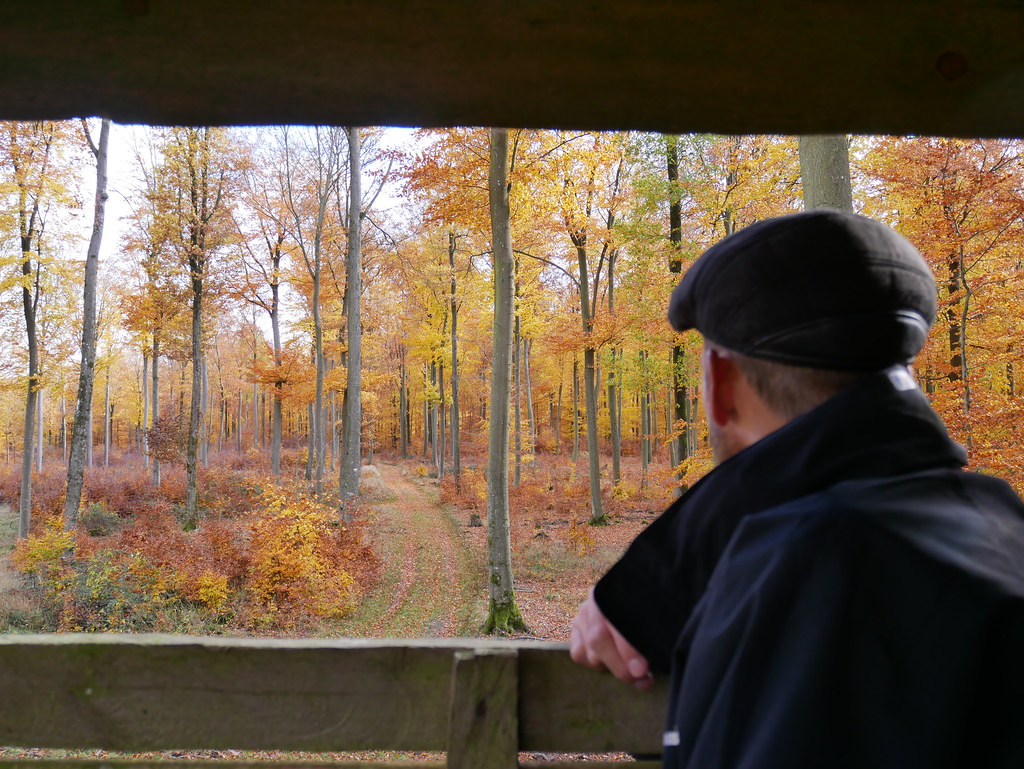 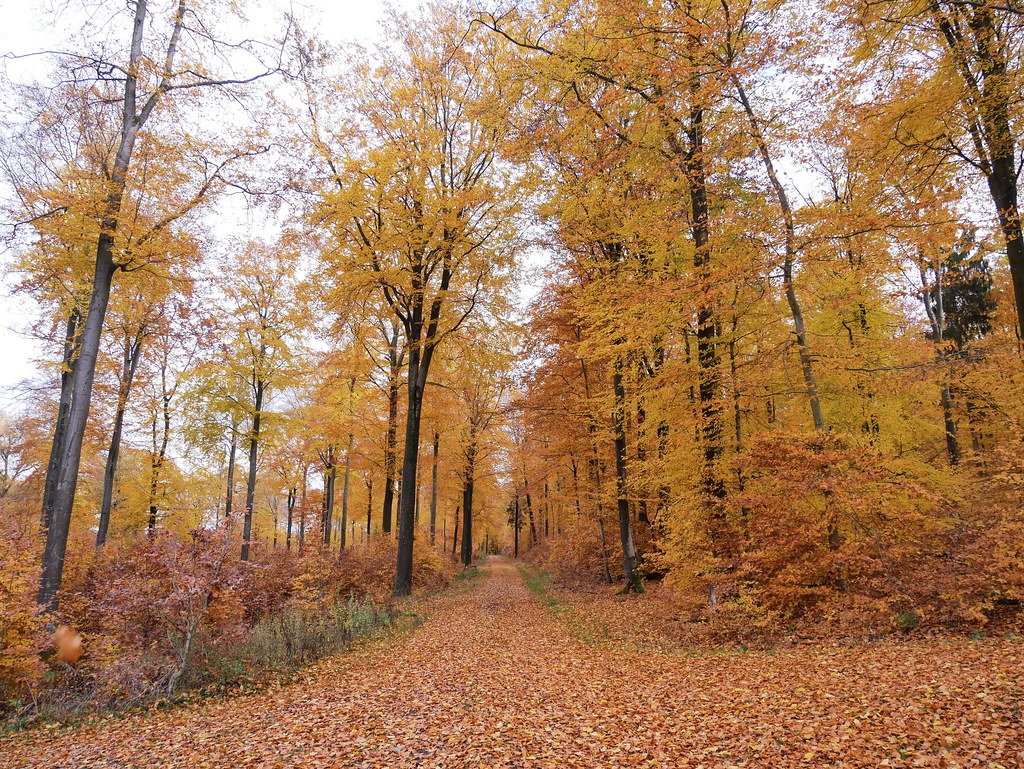 It was a bit of a contrast to the Maldives to say the least! A direct flight took us to Frankfurt where we were hit by the cold autumn air as we waited on a platform for our train. The place we were volunteering at was in the Mosel Region, an area I hadn’t heard of before and it’s famous for its natural beauty and wine production. It took a couple of hours on a train and then a thirty minute drive along windy roads with our host to reach the valley where they lived. The hosts had a campground and a guesthouse on their 200 year old property and they used wood for all their heating and hot water so they needed a lot to be cut. 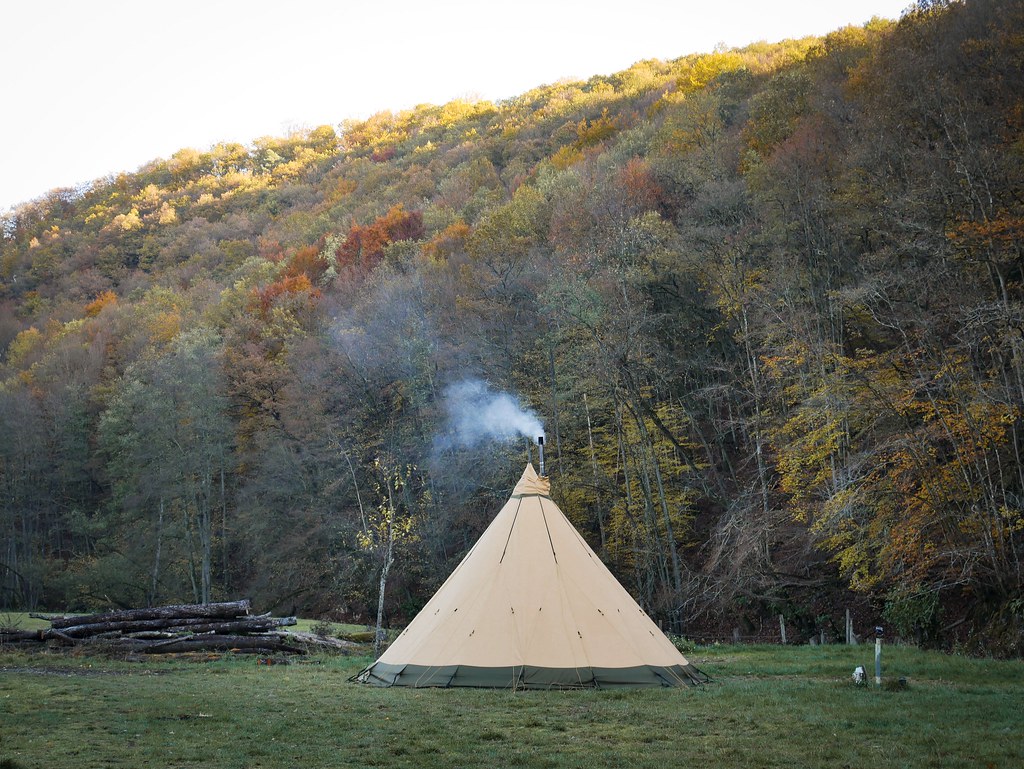 To be honest, we had a pretty shit experience. We were promised a private apartment yet we arrived and were told we had to share with another volunteer. To make matters worse the apartment hadn’t been cleaned and I felt like Goldilocks and the three bears ‘someone’s slept in my bed’ but I was a lot angrier and less forgiving than Goldilocks. The hosts used us as workers only and didn’t give us any cultural exchange, they also spoke Dutch at the table even though everyone also spoke English so we didn’t feel included at all.

The work was a lot tougher than we expected, lifting 1m long slabs of split wood onto a trailer, driving them back to camp and then cutting them all in half. Craig also had the job of using a chainsaw to cut huge tree trunks piled up on one another while I carried them to the splitter machine, made them the right size and wheelbarrowed them across to a wood pile which we made from scratch. It ended up being about 7ft tall, 6ft wide and almost as long as the Great Wall of China. My back constantly ached from bending down and playing jenga with the logs, I ended up just moving around like a hunched-backed old lady as it seemed like too much effort to straighten up. 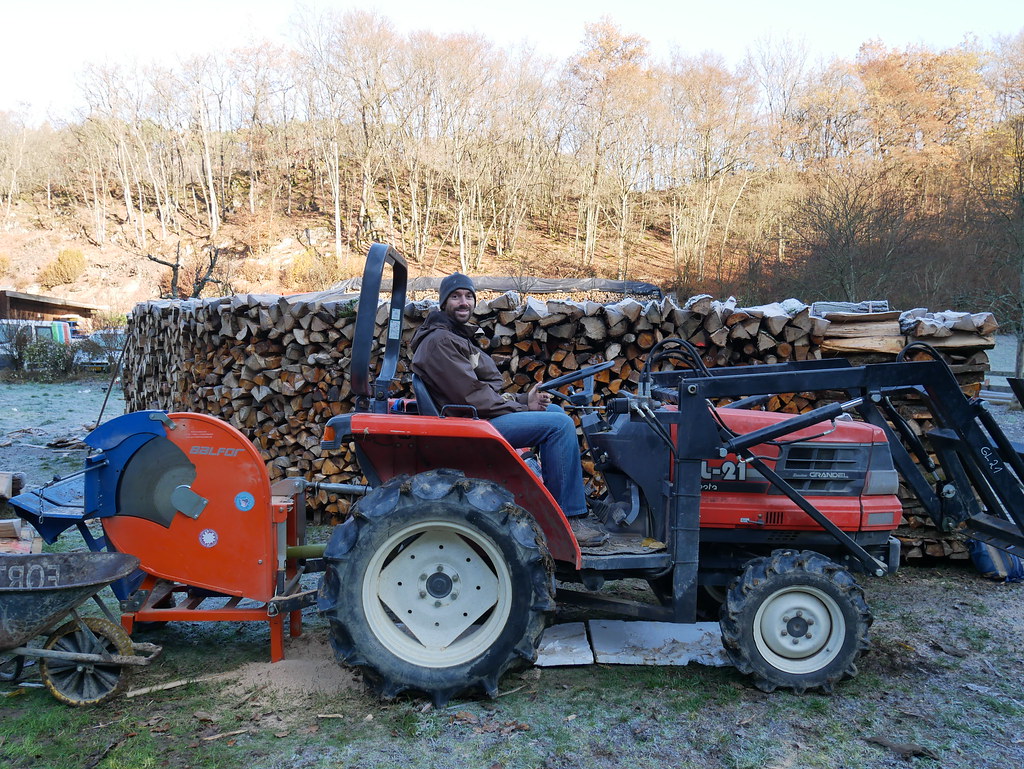 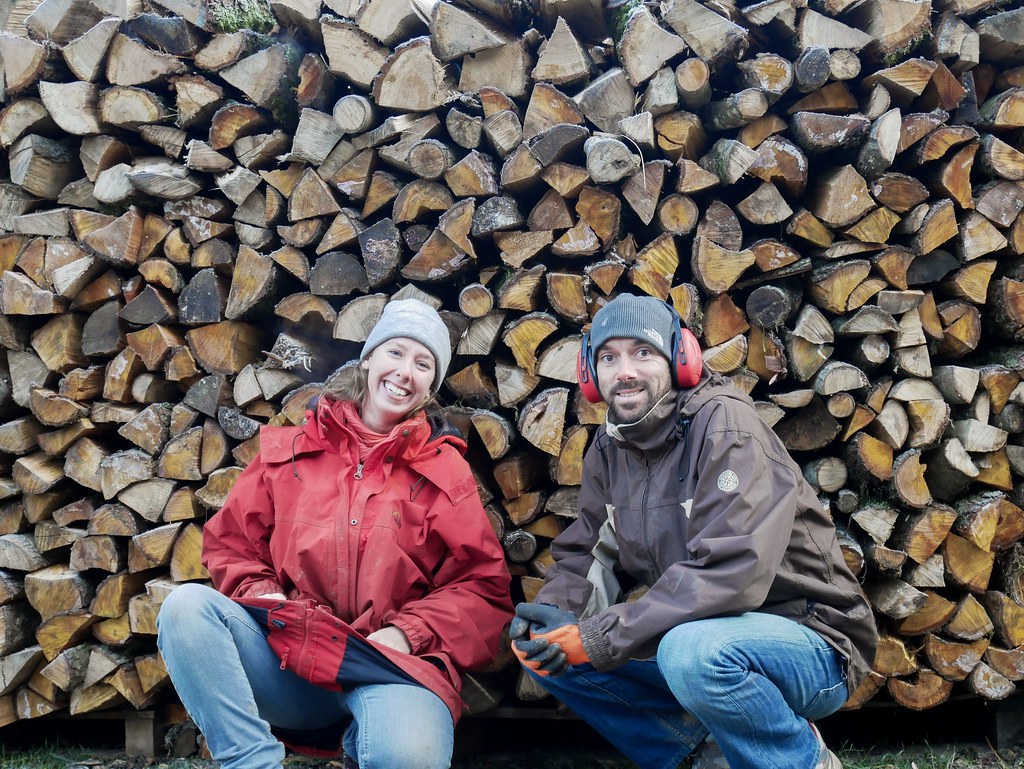 It was autumn time and we weren’t aware that the property was at the bottom of a narrow valley. The valley had lush green grass running through it with a meandering river but the steep forested hills rose high around us and the sun barely reached above the trees. It was quite a miserable place to work, being outside on a perfect, crisp morning and watching the sun almost pierce above the hill but not quite making it. I guess it was good training for Norway. 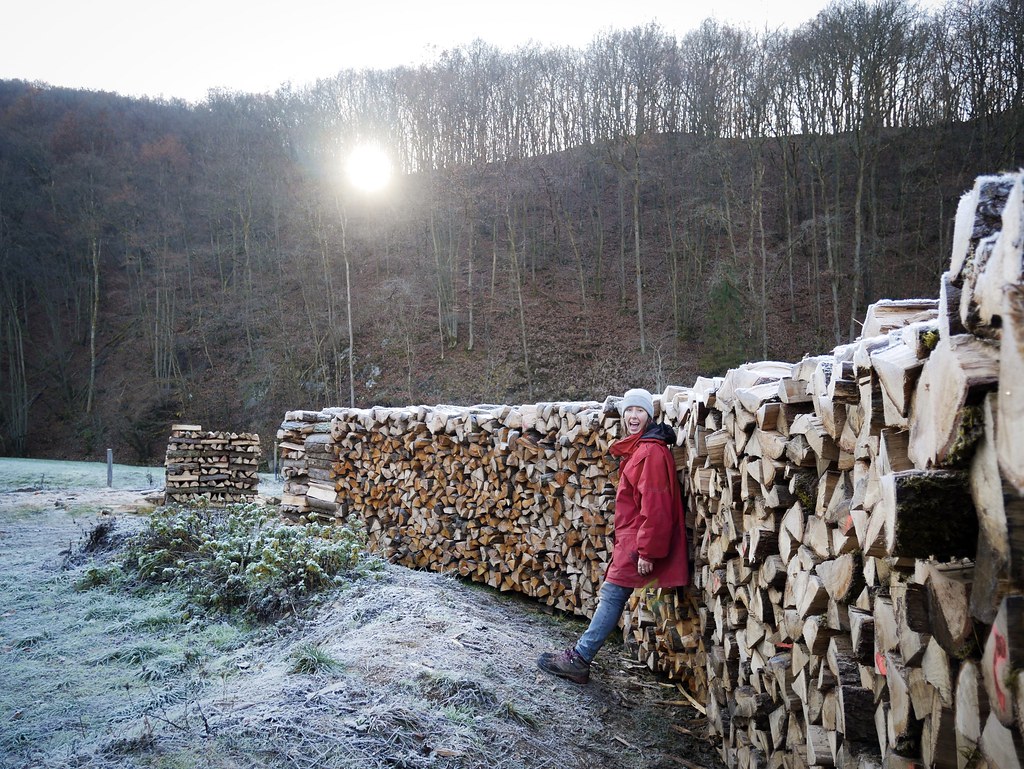 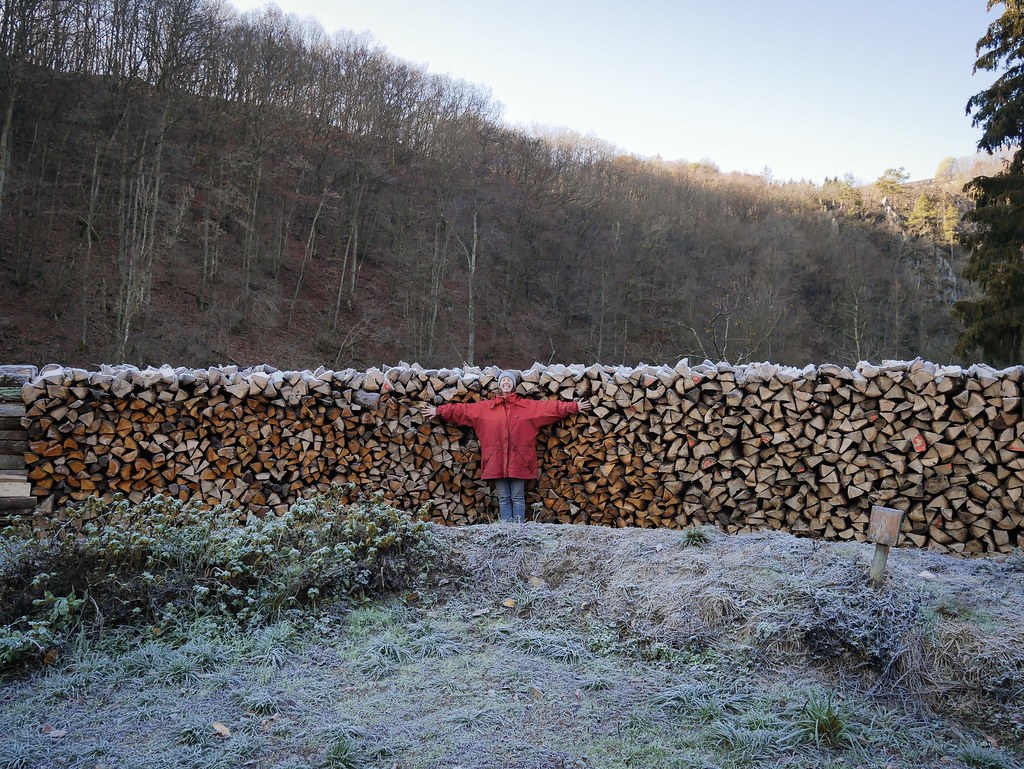 Luckily the hosts had a beautiful dog who we adored and he absolutely loved getting attention. We took him for a few nice walks and it was a great time of year to do so as the trees were covered in autumnal leaves. Other than walking the sweet dog we managed to do a couple of day trips to castles and traditional German towns which I’ll write about in a separate post. 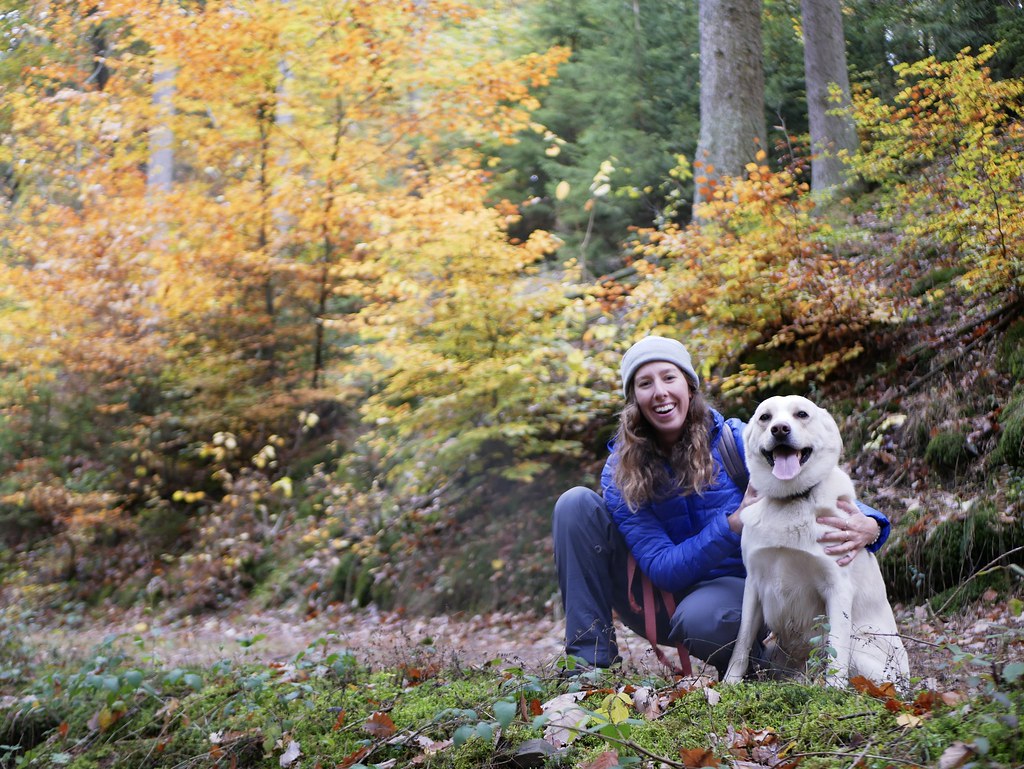 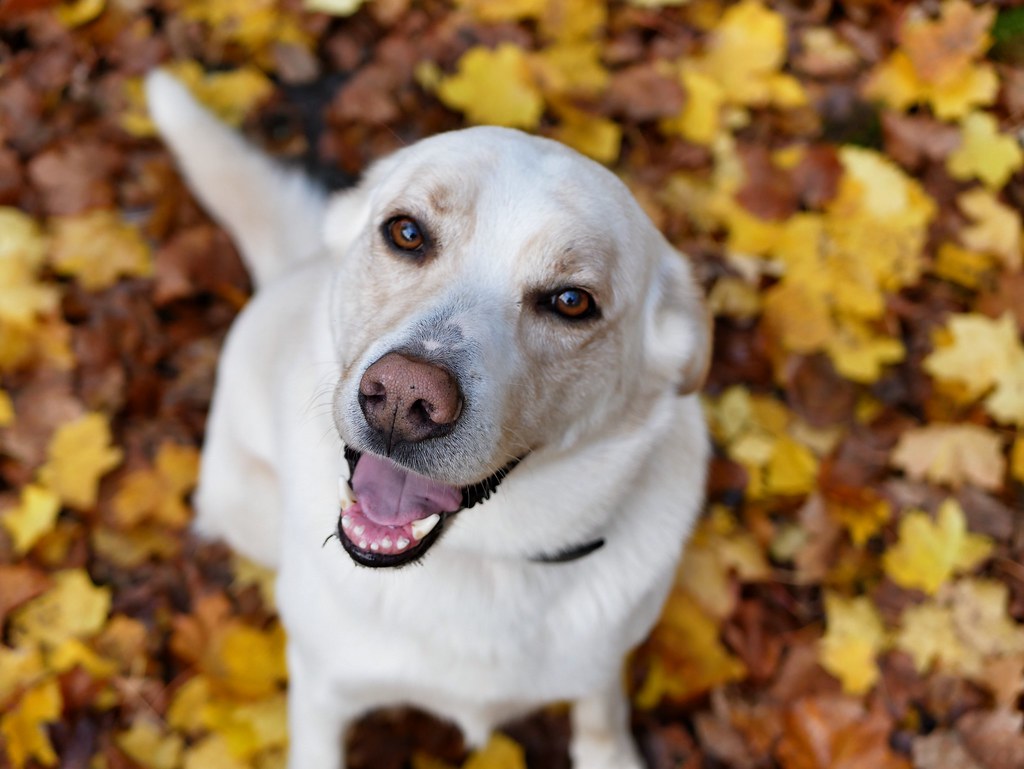 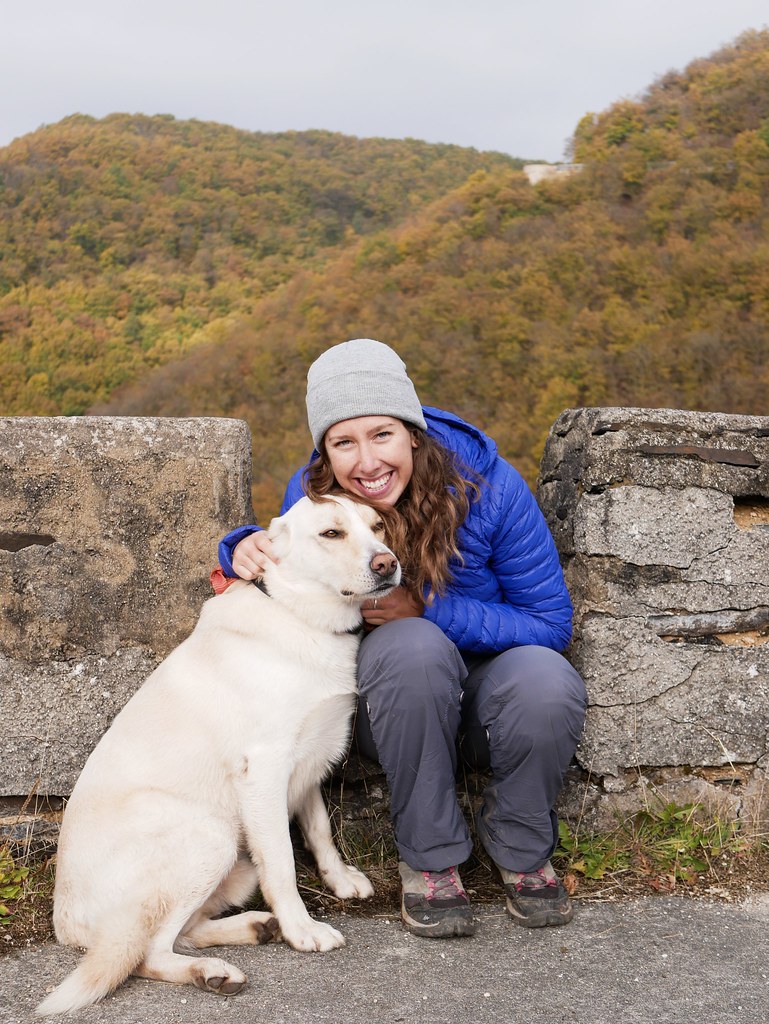 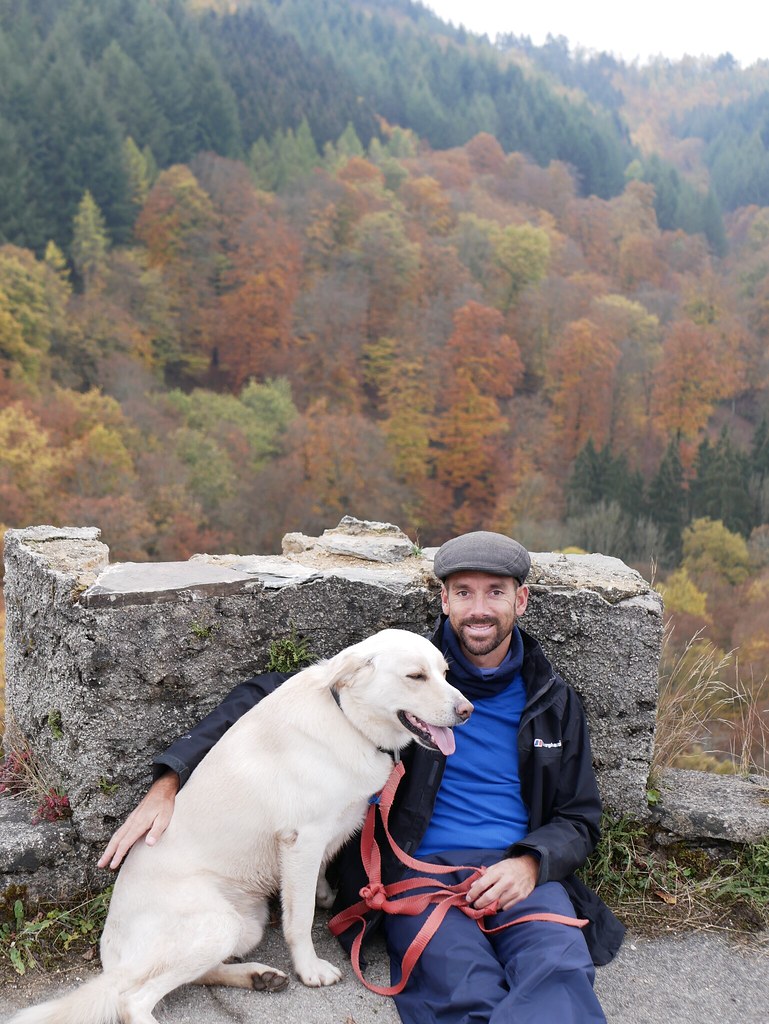 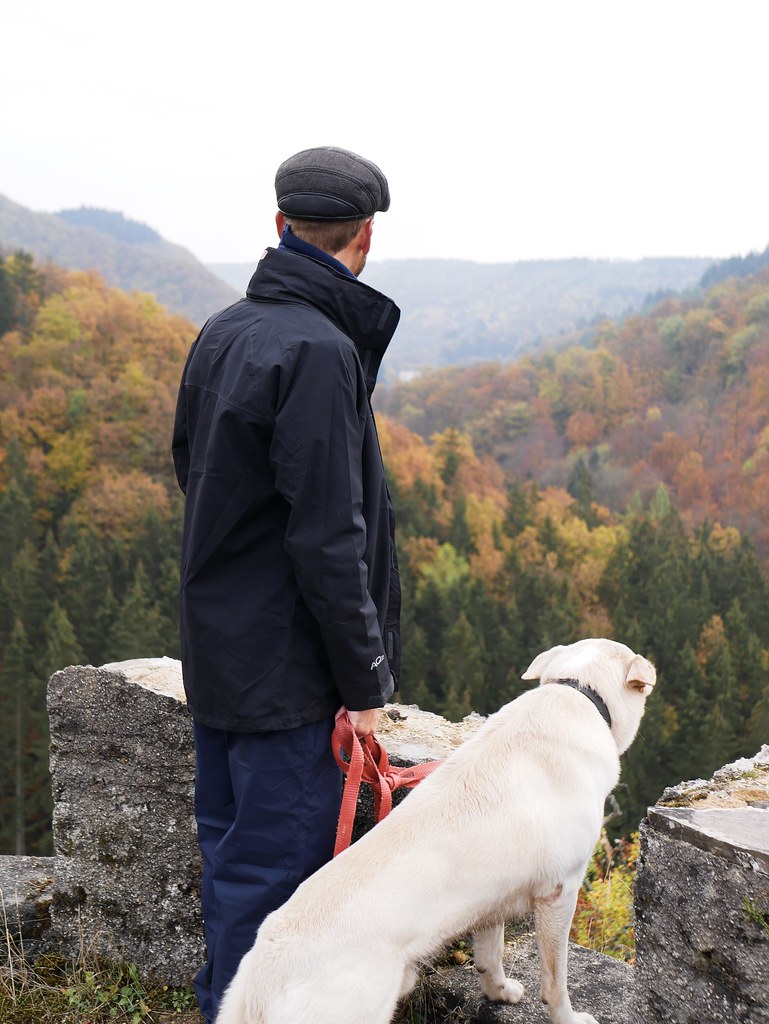 After our three long weeks there we found a cheap Airbnb to stay at in a tiny village. I think we were the first backpackers to ever arrive at the village and the few locals we met were very sweet and welcoming. The apartment was an absolute gem at only £12 for the entire place and the host was incredible providing wine, beer, homemade schnapps (which tasted like white spirit), ham, fancy jams, bread etc for us. We were kicking ourselves for not leaving the lumberjack job earlier and just relaxing there and Craig worked out that we had basically been on the equivalent of £2.50 an hour cutting wood in -2 degrees. Well, you live and learn I guess. 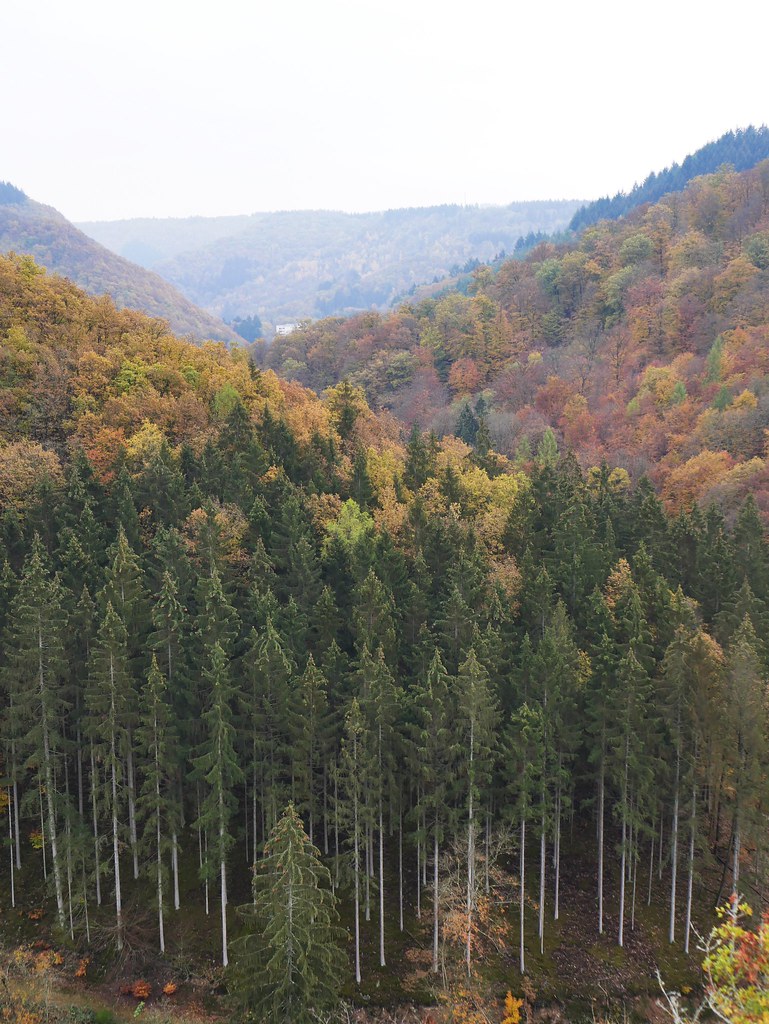 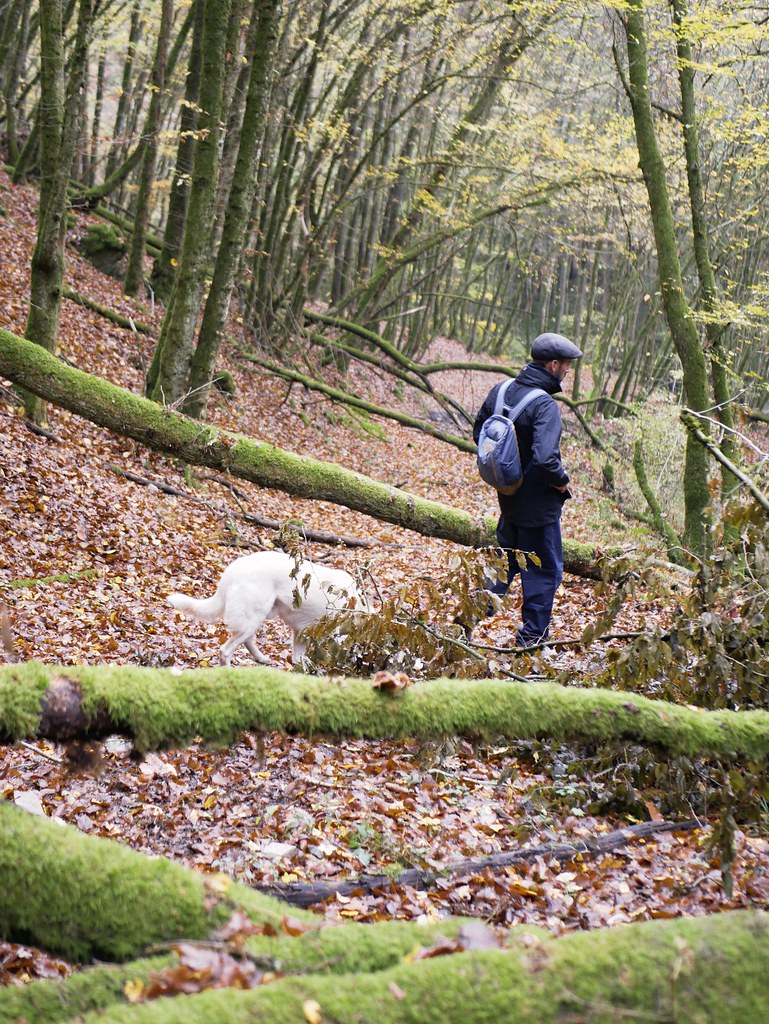 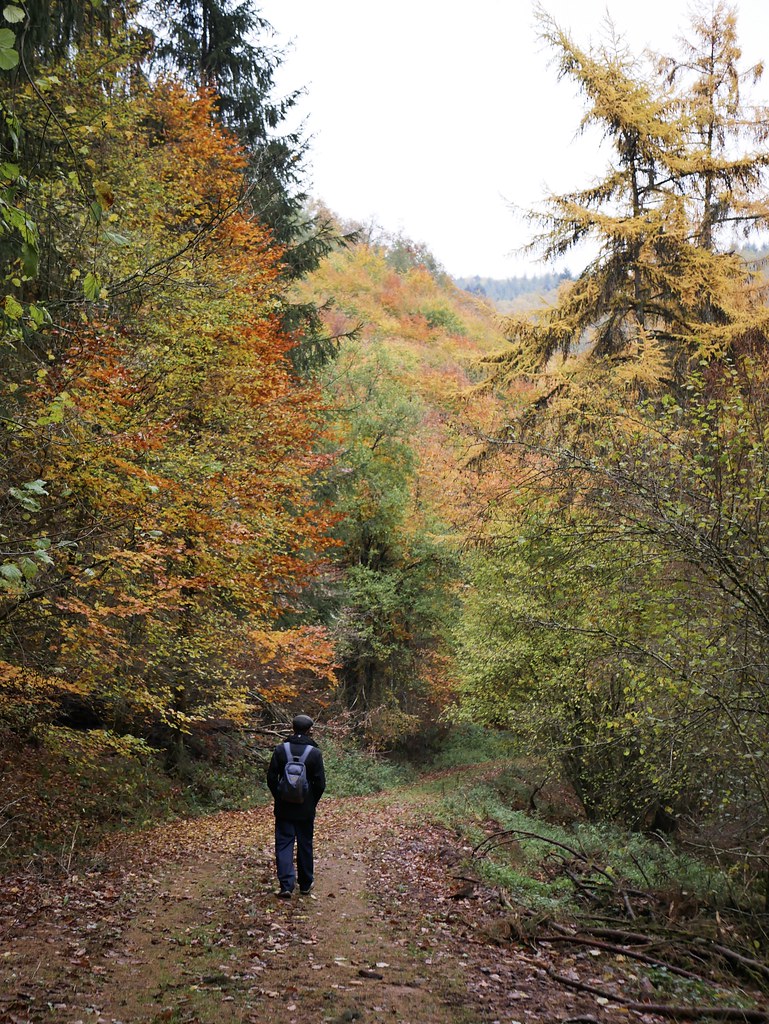