Most people come to Yangon to visit the temples but we had seen our fair share already so we looked for something different to do in the area. By chance I spotted an abandoned amusement park on my map so we set out to visit it. The park was built in 1997 right next to Yangon city zoo. The military and big shots of the city were very proud of it and considered it to be a ‘world class park’ with the most modern of rides, but around 2013 it closed down and the jungle quickly began reclaiming the rides. The staff all lost their jobs and ended up squatting in the amusement parks eateries and gift shops where they still live today. I looked online to find out why it was abandoned but there didn’t seem to be a solid answer. Some say it was bankruptcy, while others say the area was quite rowdy by night in the local bars and police closed the whole area down. I even read one rumour that it closed due to a murder, but who knows? 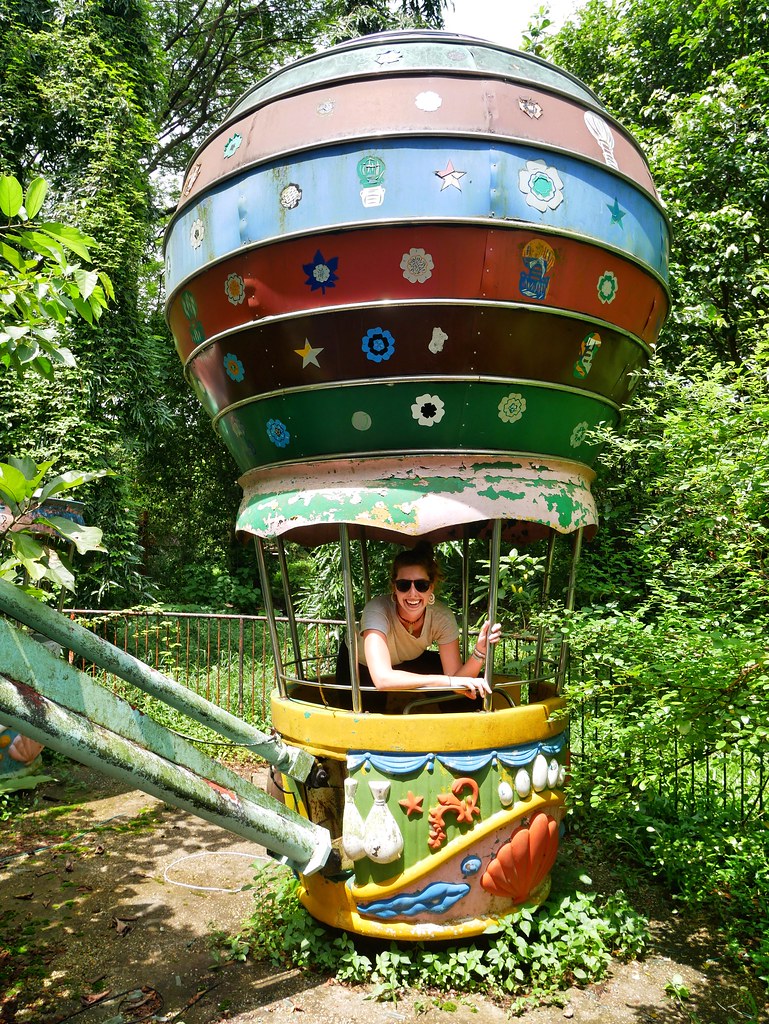 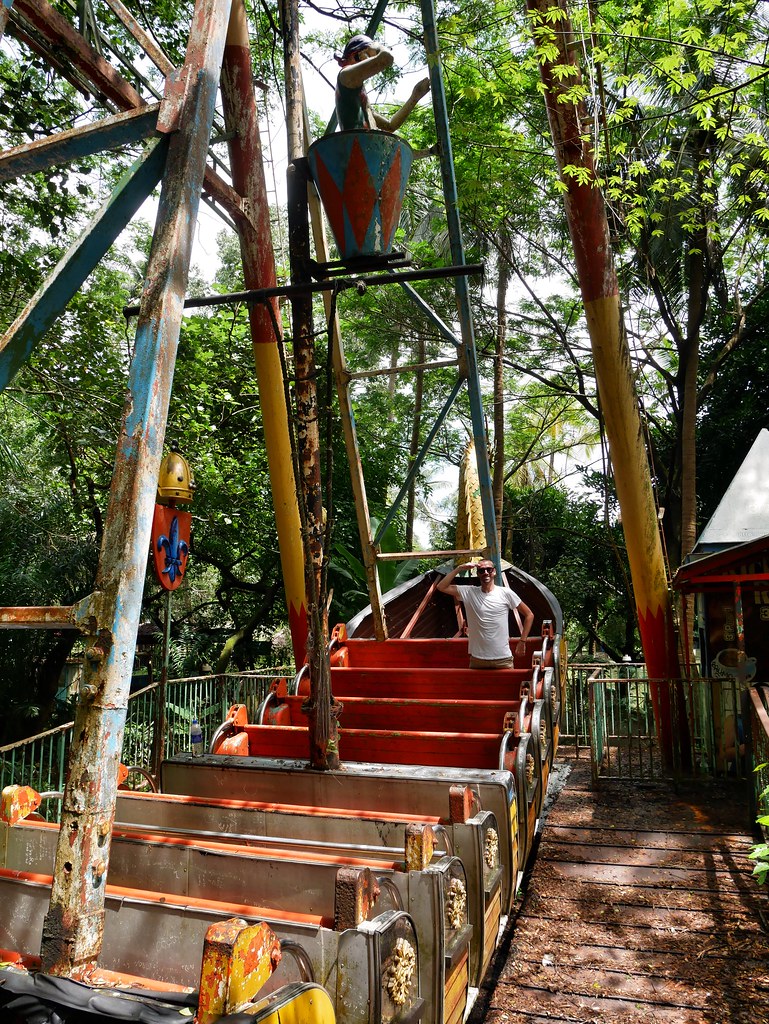 We walked along the main road until we found a gap in the fence and then we entered the unknown. There was lots of jungle foliage taking over the path and within seconds we were surrounded by mosquitos. The path widened and we began to see the rides. A rustic rollercoaster went high above our heads with plants reaching up and wrapping around it. Further around were the vintage carousels, interwoven with vines. We sat on the horses and tried to envision the place alive with kids laughing and music playing. We weren’t the only people there though, a group of five locals were actually doing some sort of fashion photo shoot and they all had big sticks with them “for the dogs” they told us. So we grabbed a stick too, just to be safe. We found the old swinging pirate ship which still worked and with a bit of pushing Craig got it moving and hopped on for a rather feeble ride. We didn’t really know if we were allowed to be there, there were no signs but we got the impression that we might be intruding. Just behind a green netted fence were families pushing their kids in prams around the popular zoo and we felt like we were in a parallel universe, stuck on the wrong side. 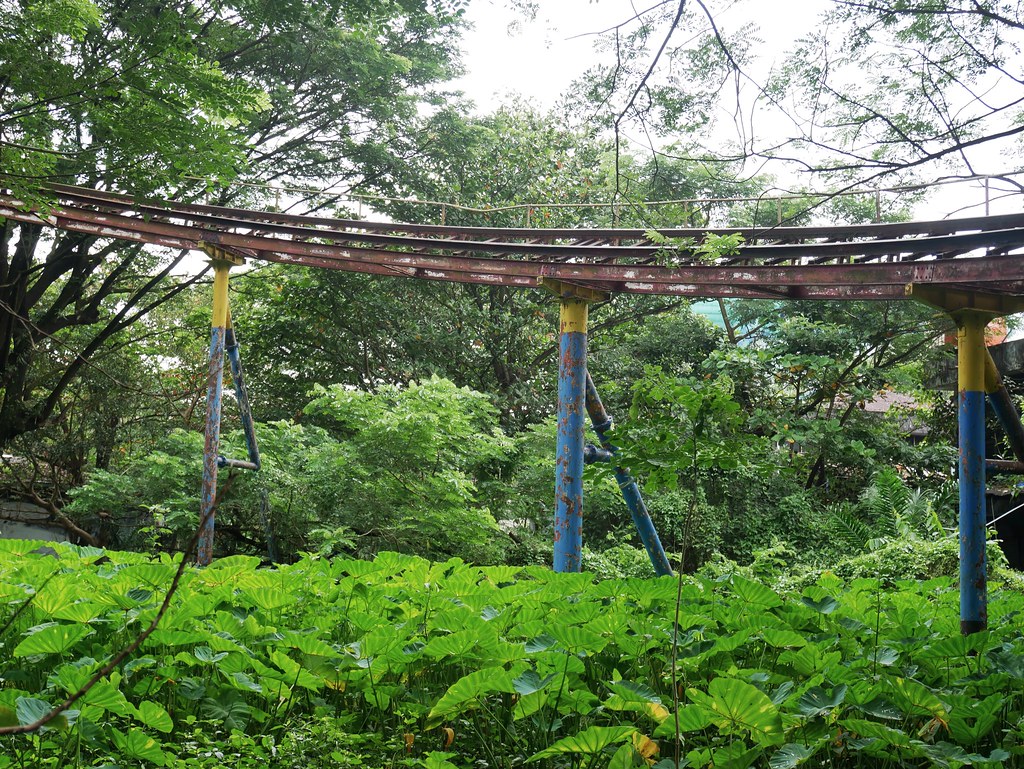 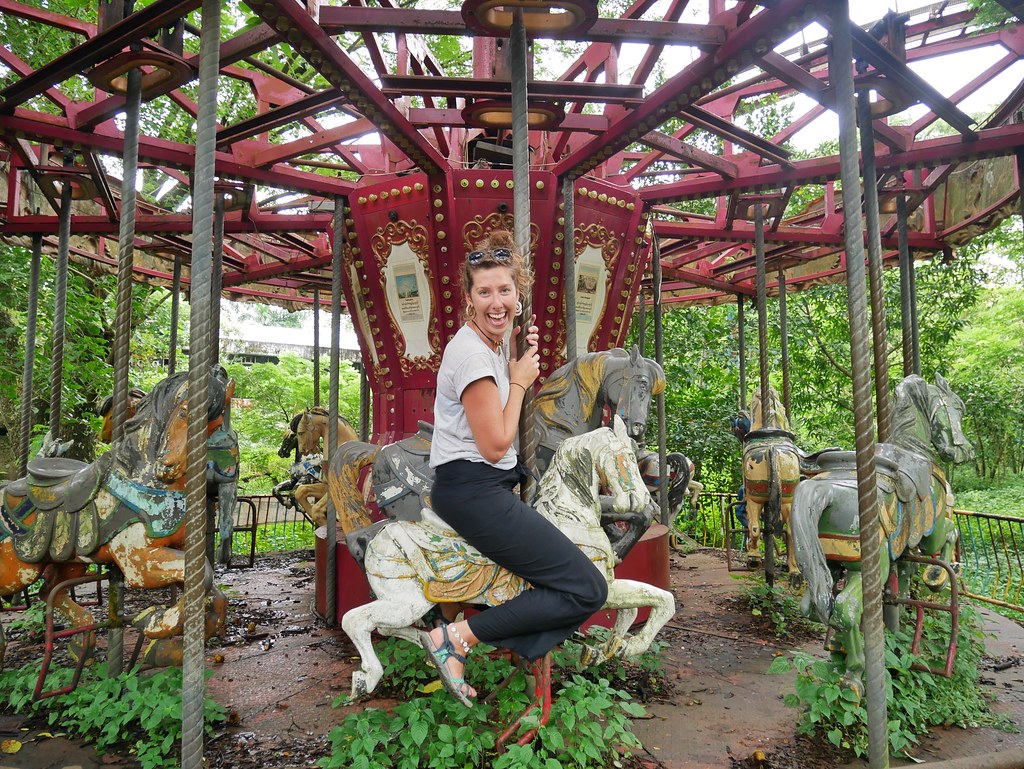 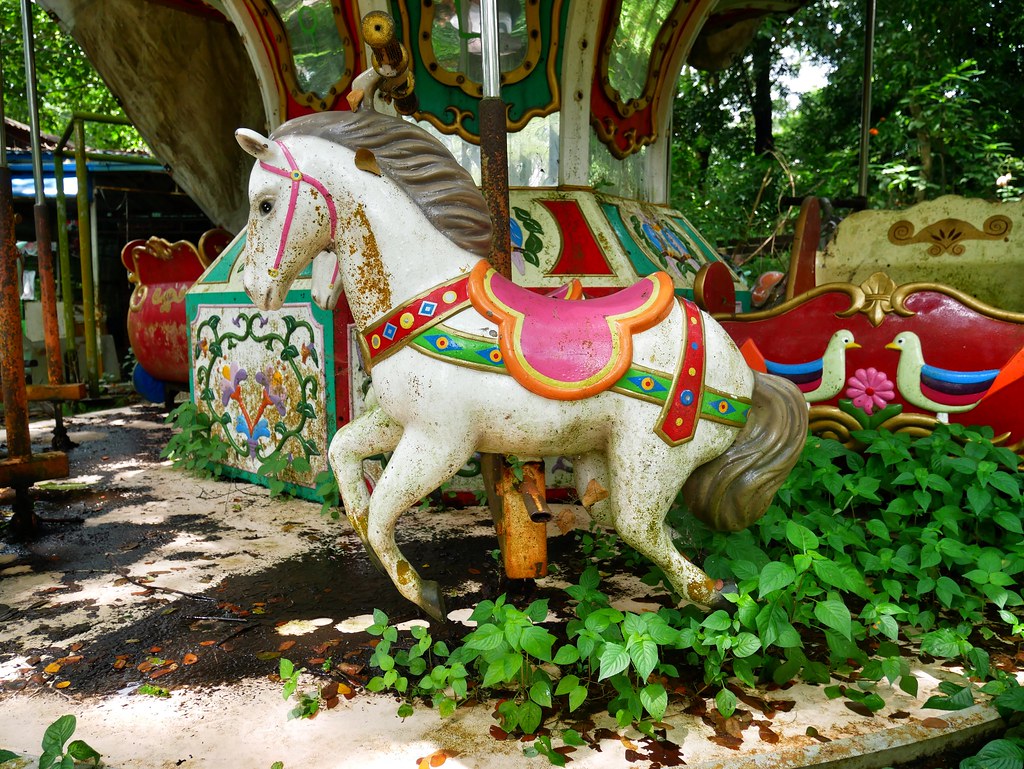 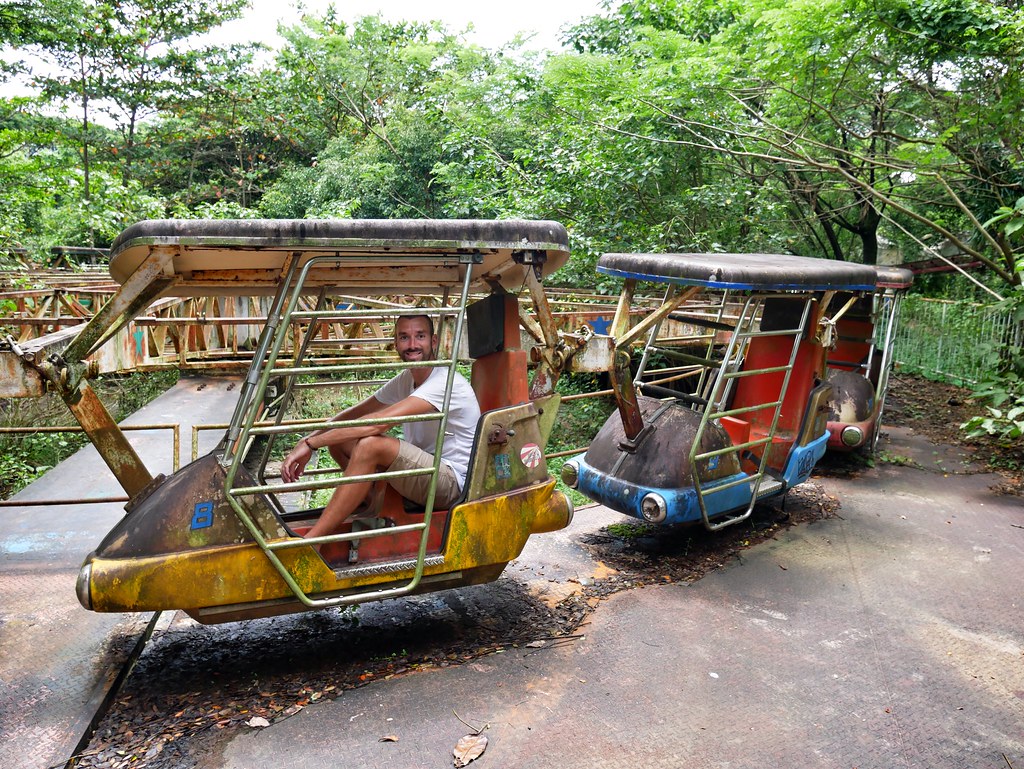 The dodgems laid where they were last ridden, reflected in the puddles of water in the arena and guarded by some dogs at the back. Soon enough we found ourselves in the dust-ridden arcade full of old racing games, penny machines and even a ride that once cruised around the ceiling of the building. As we stepped inside though a man quickly climbed over a wall towards us and we panicked and left. He didn’t come after us though and once we felt like he was just taking a creepy shortcut we continued exploring. We tried to loop around a different way which went close to where the locals were living in the abandoned eateries but a dog started barking which was enough of a cue to send us on our way. 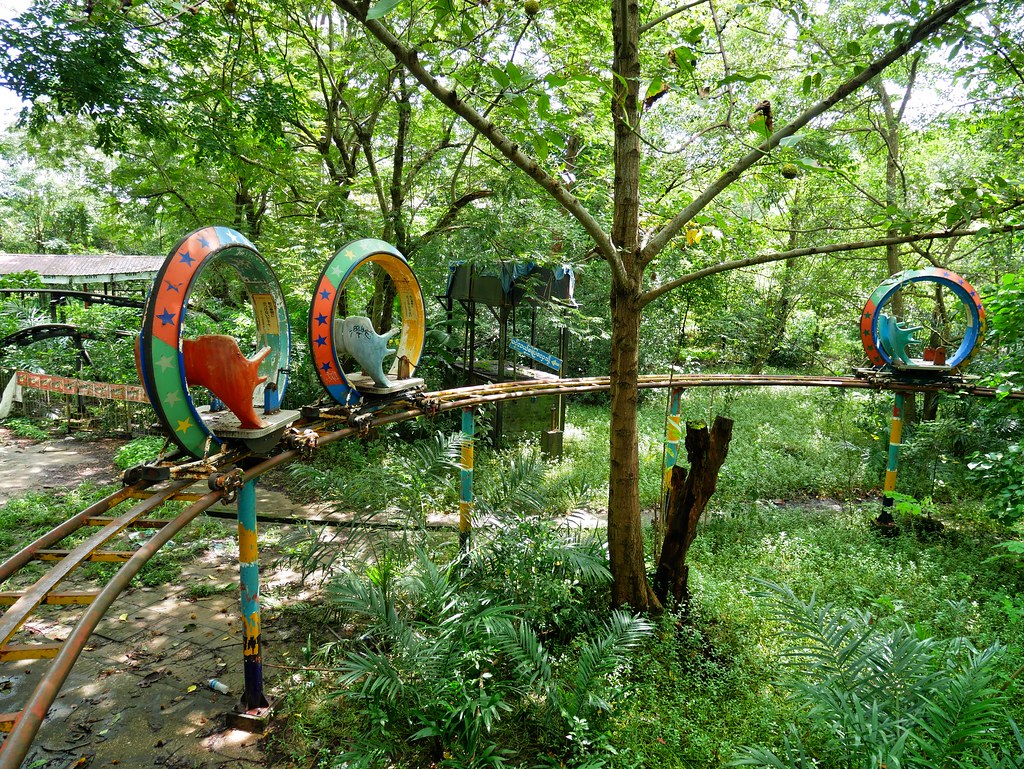 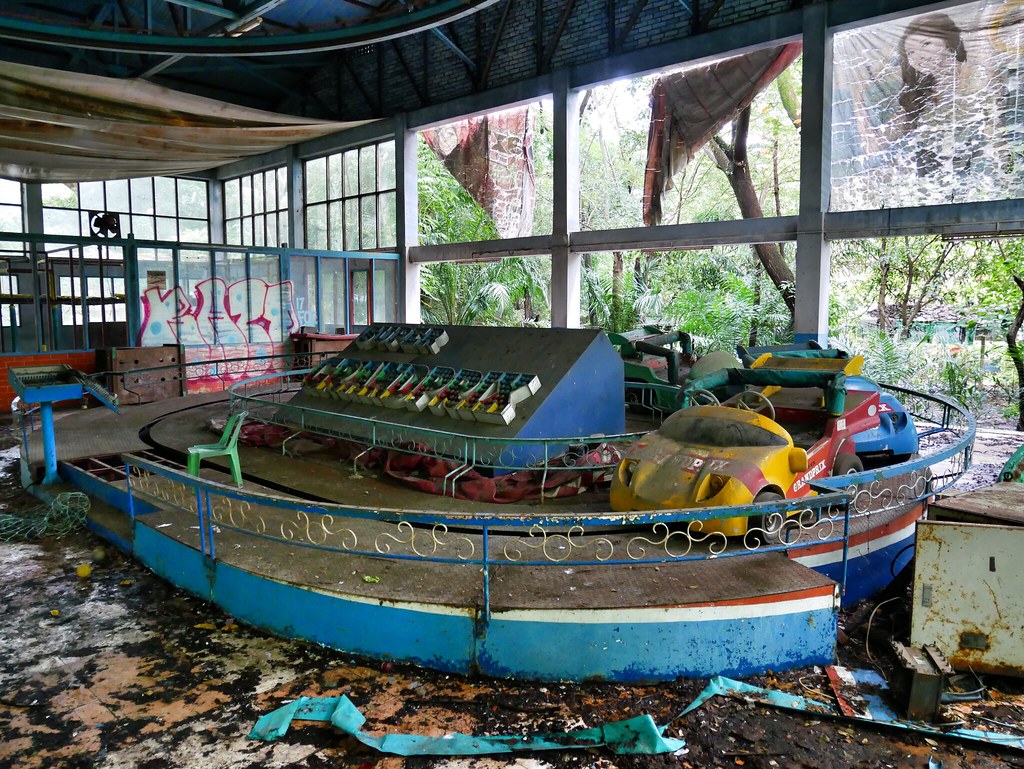 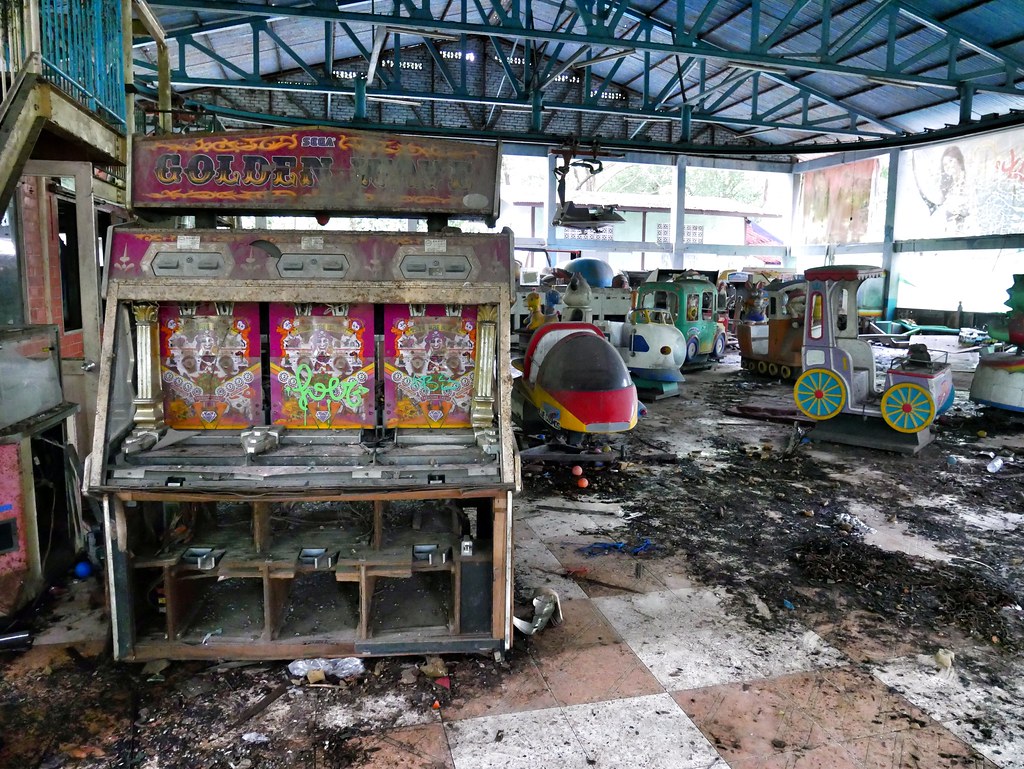 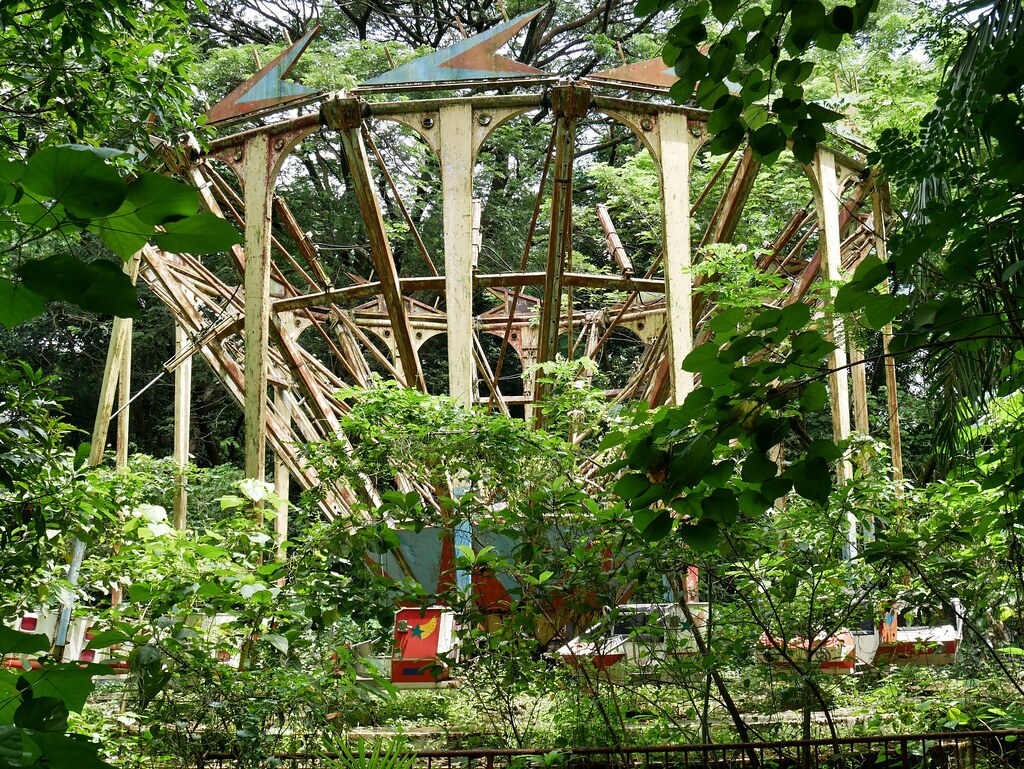 After that exciting hour we decided we should probably visit the cities main attraction, Shwedagon Pagoda which is coated with 60 tons of pure gold and stands at 326-foot-tall. We managed to get a good view from the entrance and avoided paying the overpriced $8 ticket fee. Afterwards we walked down to Kandawgyi Lake for another view of the famous pagoda. The water was a crazy green colour, it looked like toxic sludge. There were some odd signs around the grounds though, saying no alcohol etc but one said no sex. Which we thought was an odd thing to need to say but weirdly we noticed there were lots of cars parked up with blacked out windows and we wandered if we were in the dogging area of town. 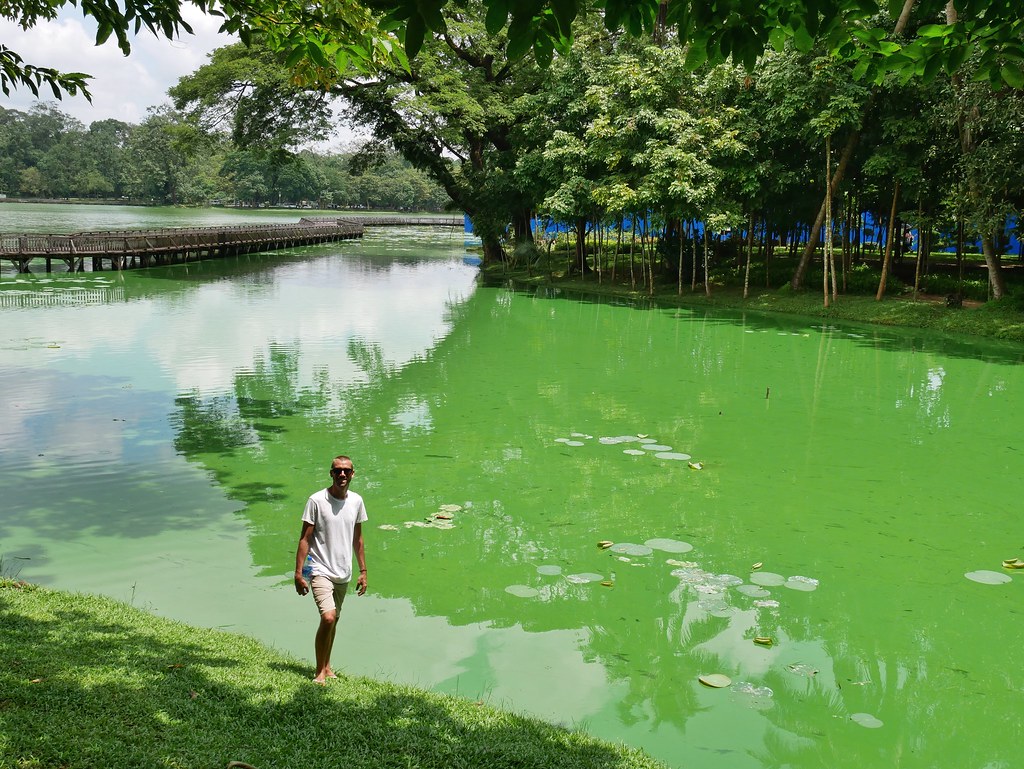 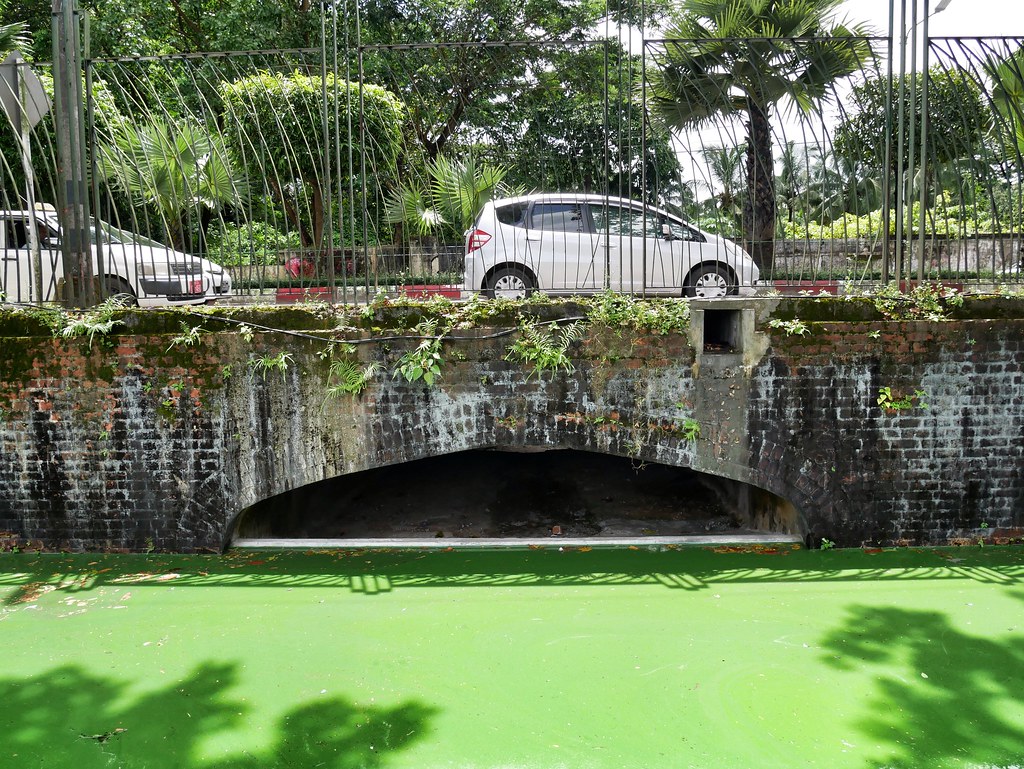 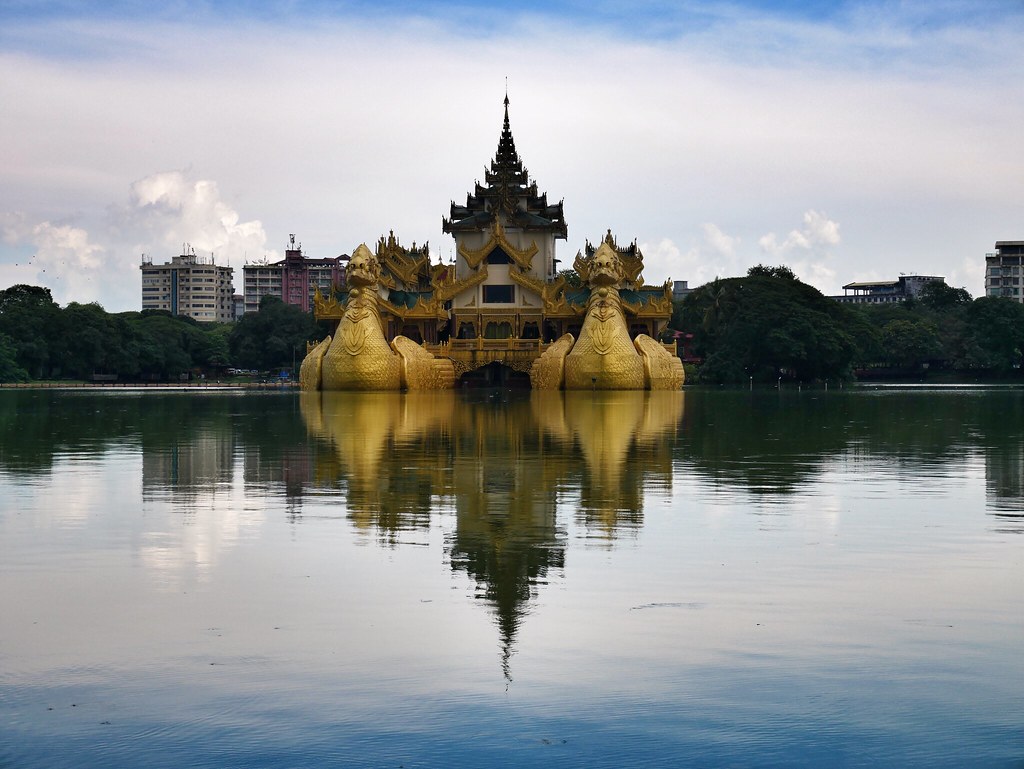 Our day ended with a wild storm which we waited out under a closed shops shelter. It lasted about an hour and just kept intensifying until it was officially the closest we’ve ever been to the eye of a storm. Lightning flashed in the road right by us and the loudest roar of thunder seemed to shake the ground like an earthquake. There was so much rain that the whole road flooded, nuns in their pretty baby-pink or peach coloured gowns all turned into fluorescent pink ones from the water as they trudged through the newly made river. It seemed to make everyone smile though, street stalls had torrents of water sweeping away their plastic chairs while mums casually sat with water up to their calves while breastfeeding their babies. A dad cycled through two feet of water with his daughter precariously balanced on the handlebars while a monk and I filmed on our phones. 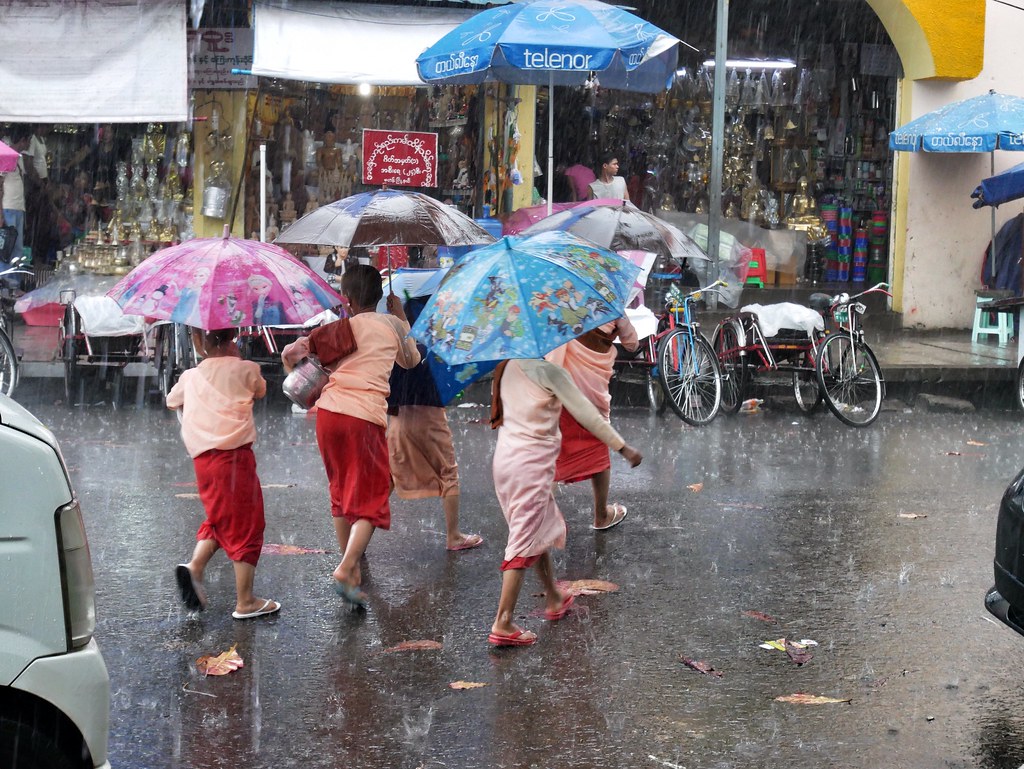 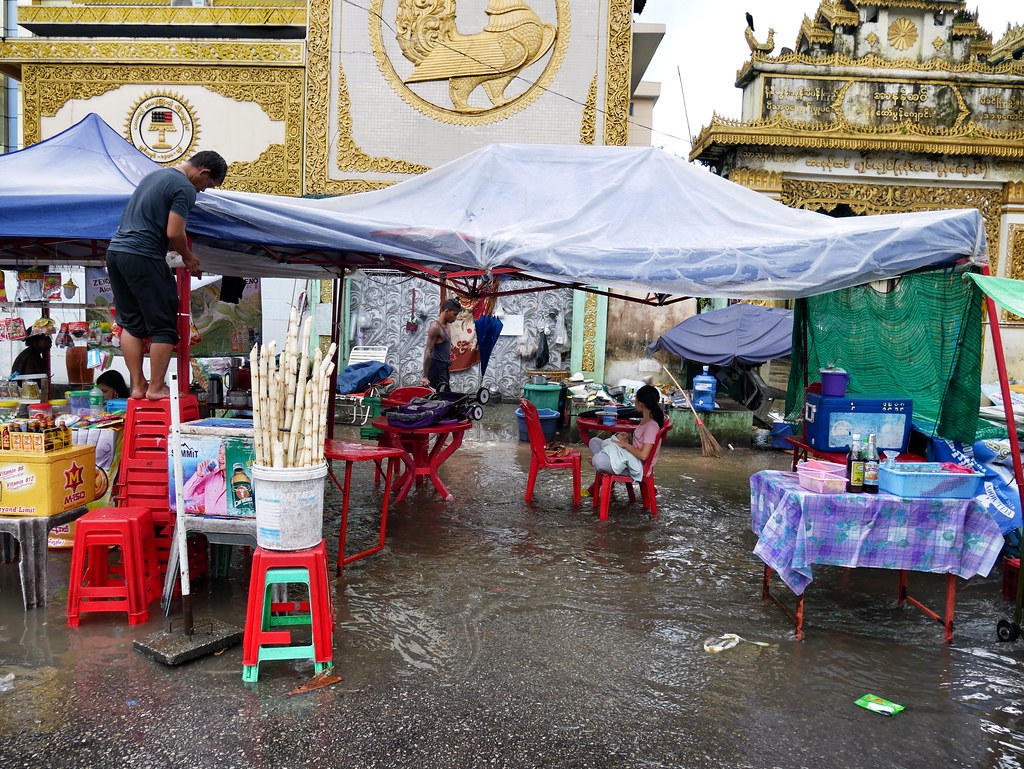 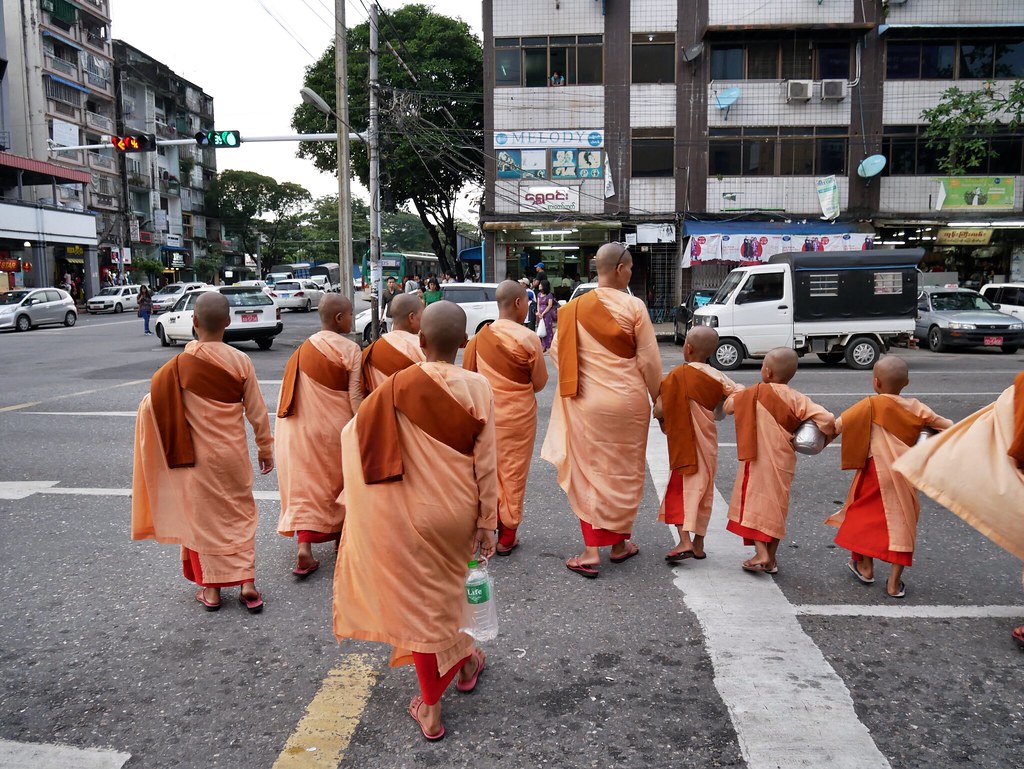 It was a pretty fun end to Myanmar after almost two weeks. We really enjoyed the country and the wonderful people. It’s probably one of the friendliest countries we’ve visited. Rooms were cheap but lovely and clean with the most attentive staff, we paid around $12 for most of our hotels but Yangon was a bit more expensive. All of them included breakfast in the price and sometimes free bikes. Eating at the local joints was extremely cheap and fried rice was less than a dollar. Transport costs were fairly high as were entrance fees to tourists sights like Bagan but overall it was one of the cheapest countries we’ve visited in a while. Tourism is currently at a low due to rumours that it’s unsafe after the ‘ethnic cleansing’ by the military so a lot of people are under the impression that Myanmar can’t be travelled anymore. Honestly the areas tourists visit are so safe and the conflict isn’t anywhere near so now is actually an amazing time to visit this hospitable country as hotel prices are at a low, as are crowds. 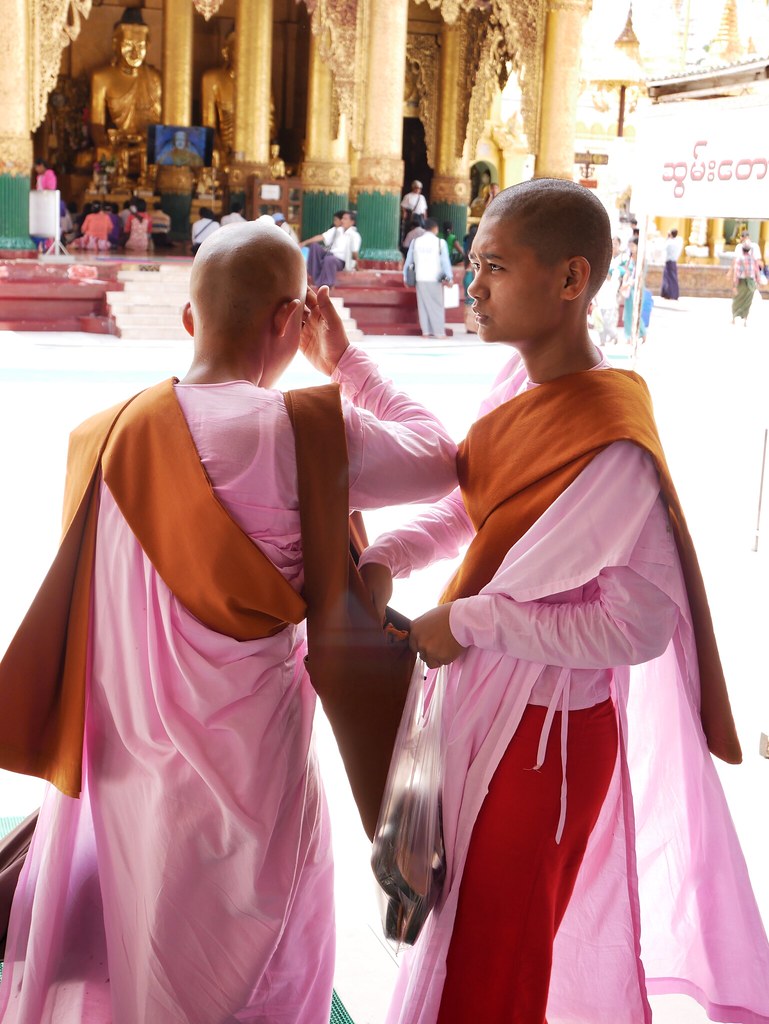 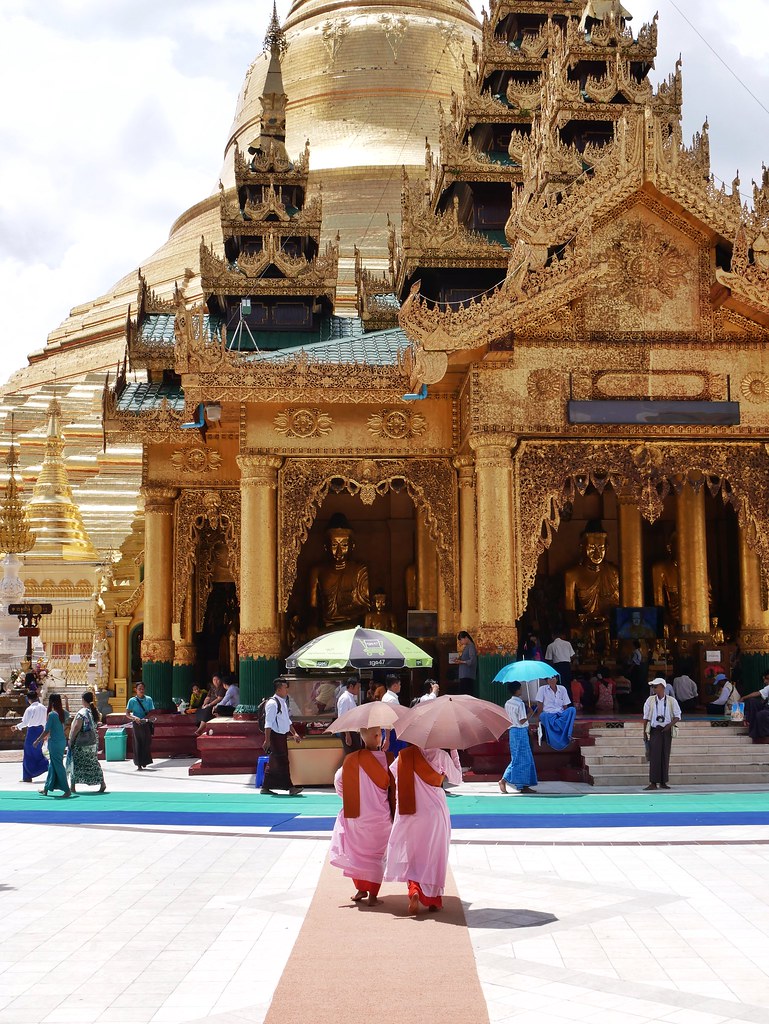 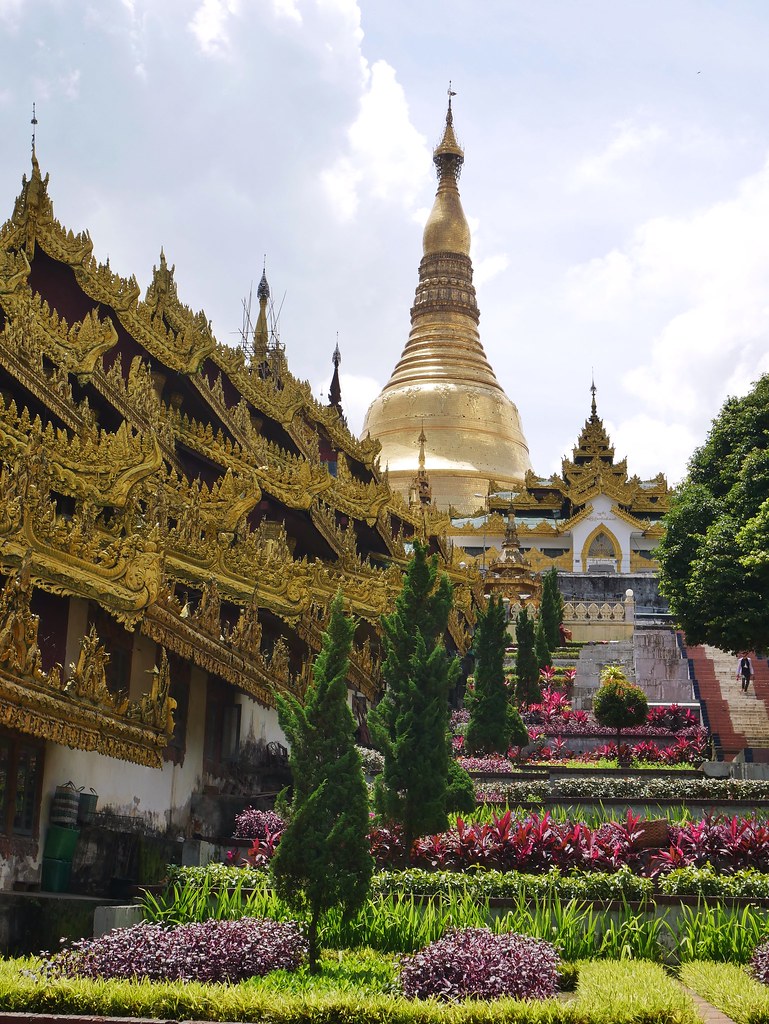